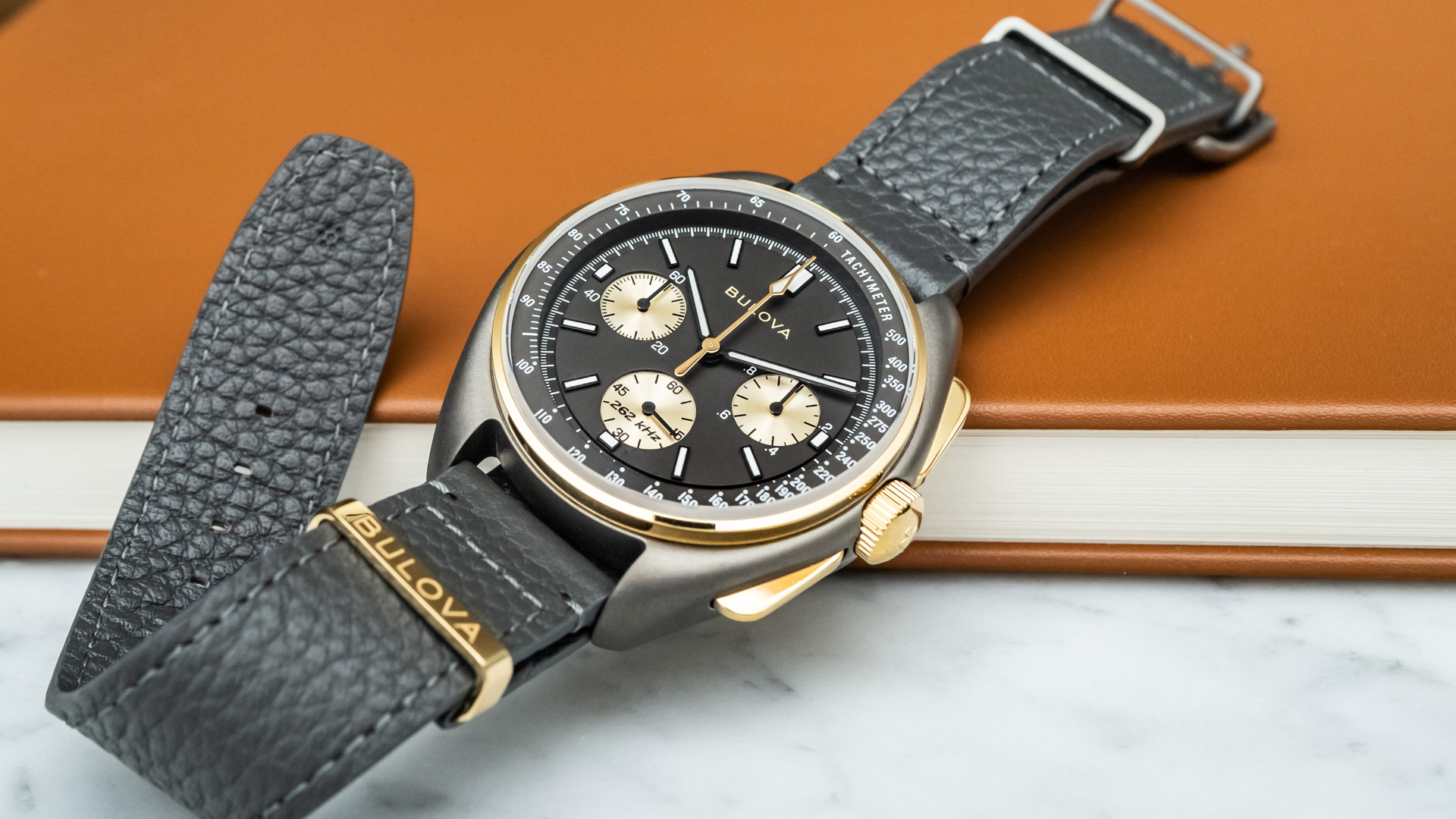 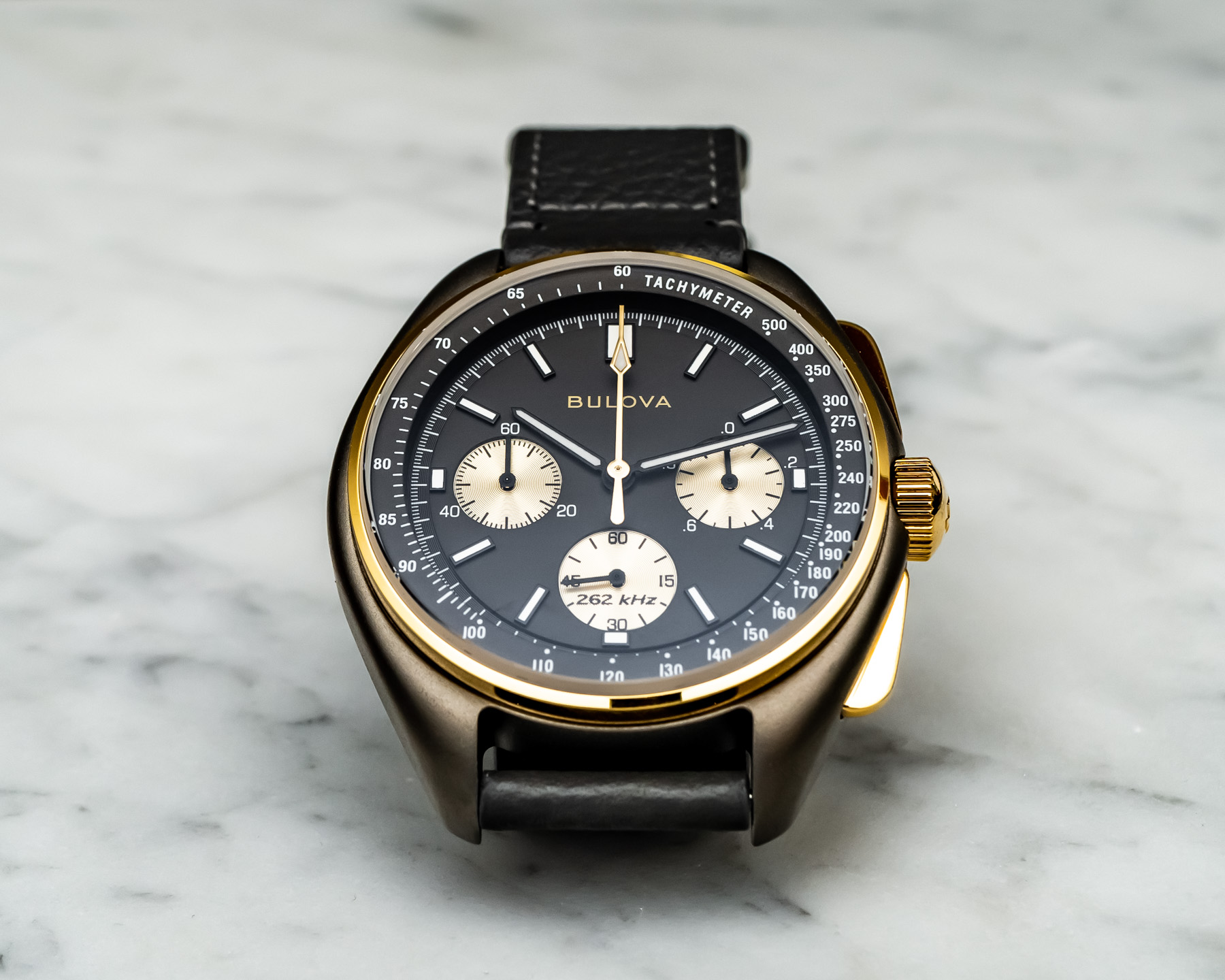 Bulova and NASA have a pretty extensive history together, with the American watchmaker participating in 46 space missions, including Apollo 15. A few years back, the brand released the Lunar Pilot Chronograph, an Ultra-High Frequency “moon watch” that drew on the brand’s history and was priced accessibly. Now, we see the release of the Bulova 50th Anniversary Lunar Pilot Limited Edition, a replica of the chronograph that was worn on the moon, which is limited to 5,000 pieces. 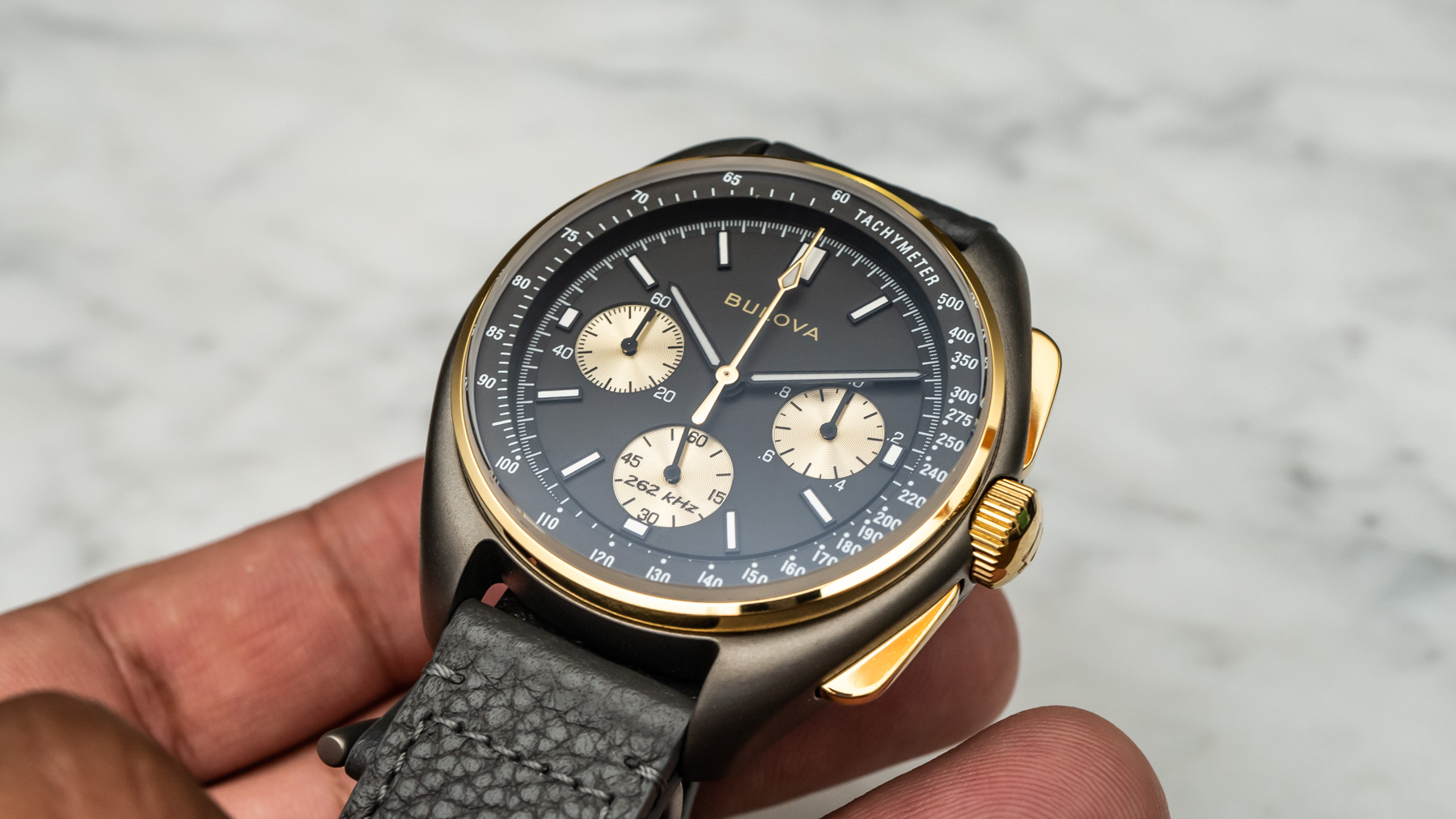 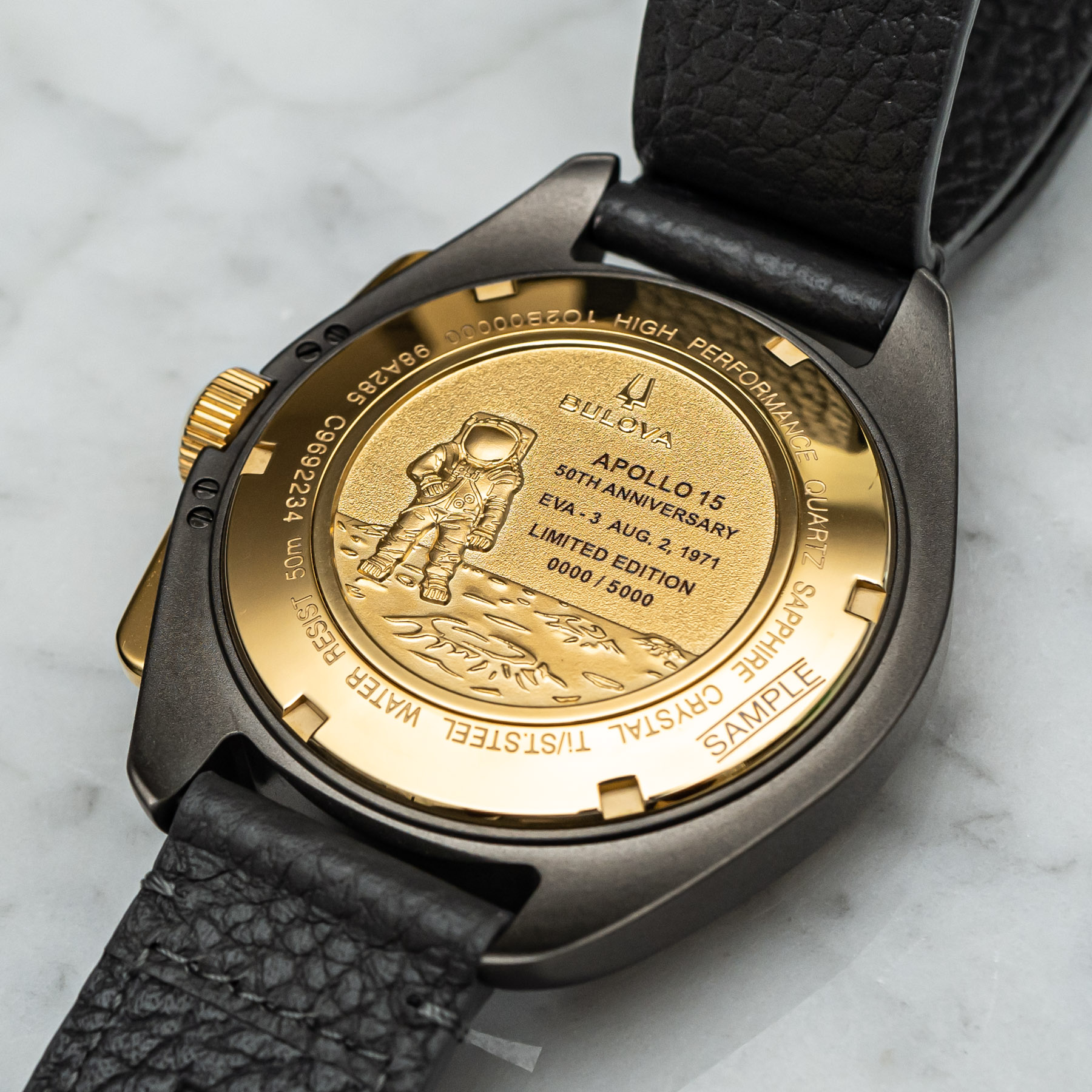 A very brief primer on the history: Apollo 15 mission commander (and seventh person to walk on the moon) Dave Scott wore a Bulova chronograph on the lunar surface during the 1971 mission. At first, Scott wore his government-issued Omega Speedmaster during Apollo 15  — until it popped its crystal, at which point he strapped on his personal Bulova chronograph. Quite the authentic endorsement for Bulova and one that certainly paid off for Scott when the watch sold for $1,625,000 at auction back in 2015. Riding this wave of attention, Bulova released the Lunar Pilot “re-issue” (though it was really just a new watch) in 2016 and then gave it a slight refresh a year later by removing the date window. 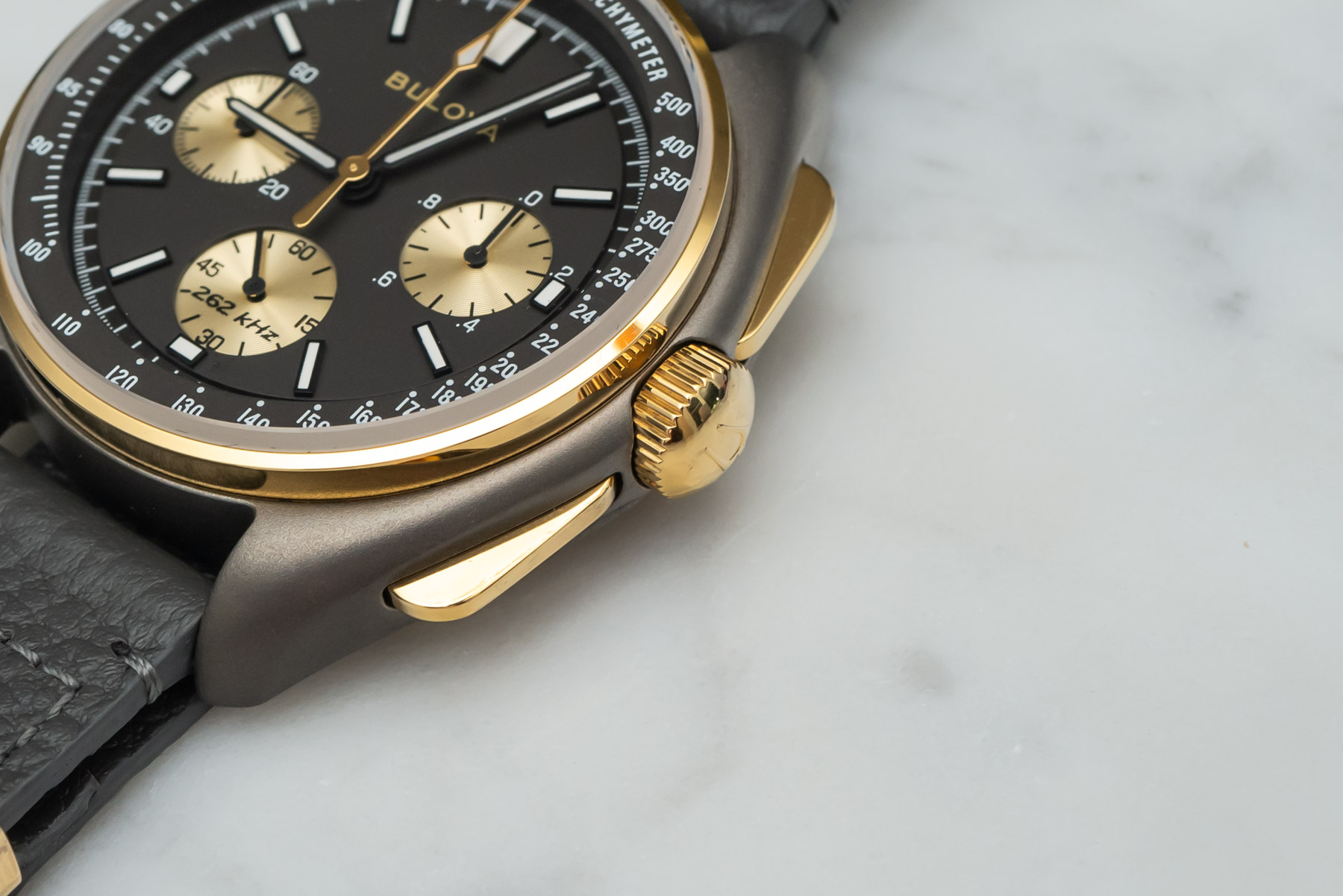 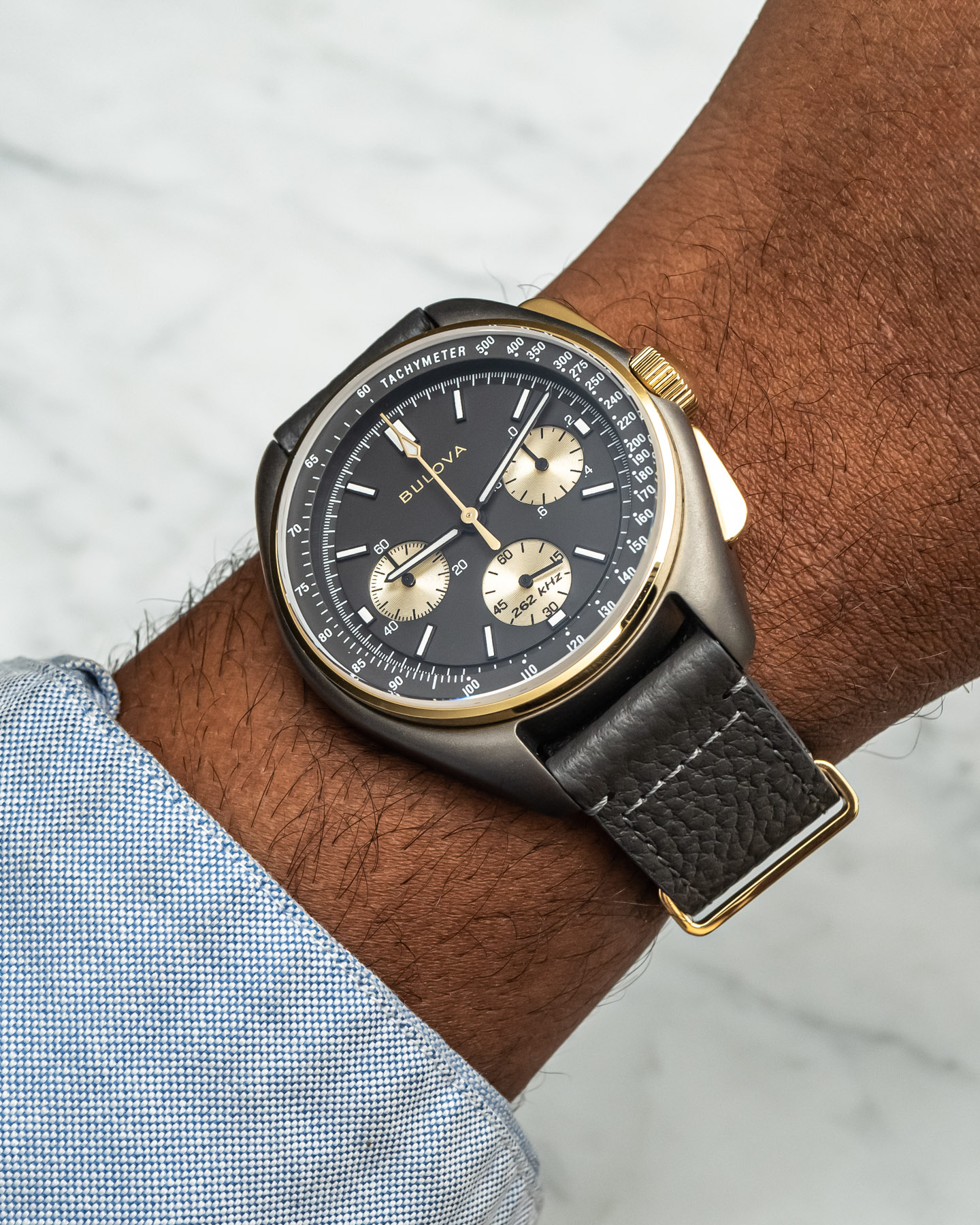 I’ve been a big fan of the Lunar Pilot since it was released and included it in my top 10 affordable watches list for 2018, with good reason. Rather than a classic monochromatic dial and steel case, the 50th-anniversary Lunar Pilot is done in a grade 5 titanium case and has judiciously applied gold-tone accents. There’s also a unique gold-toned caseback with an astronaut engraving and some text commemorating the 50th anniversary of Apollo 15. In a lot of ways, this Lunar Pilot reminds me of the Apollo 11 50th Anniversary Speedmaster that also utilized gray and gold touches on the dial. At a tenth of the price, this Bulova presents a pretty solid attainable alternative for the NASA enthusiasts out there. 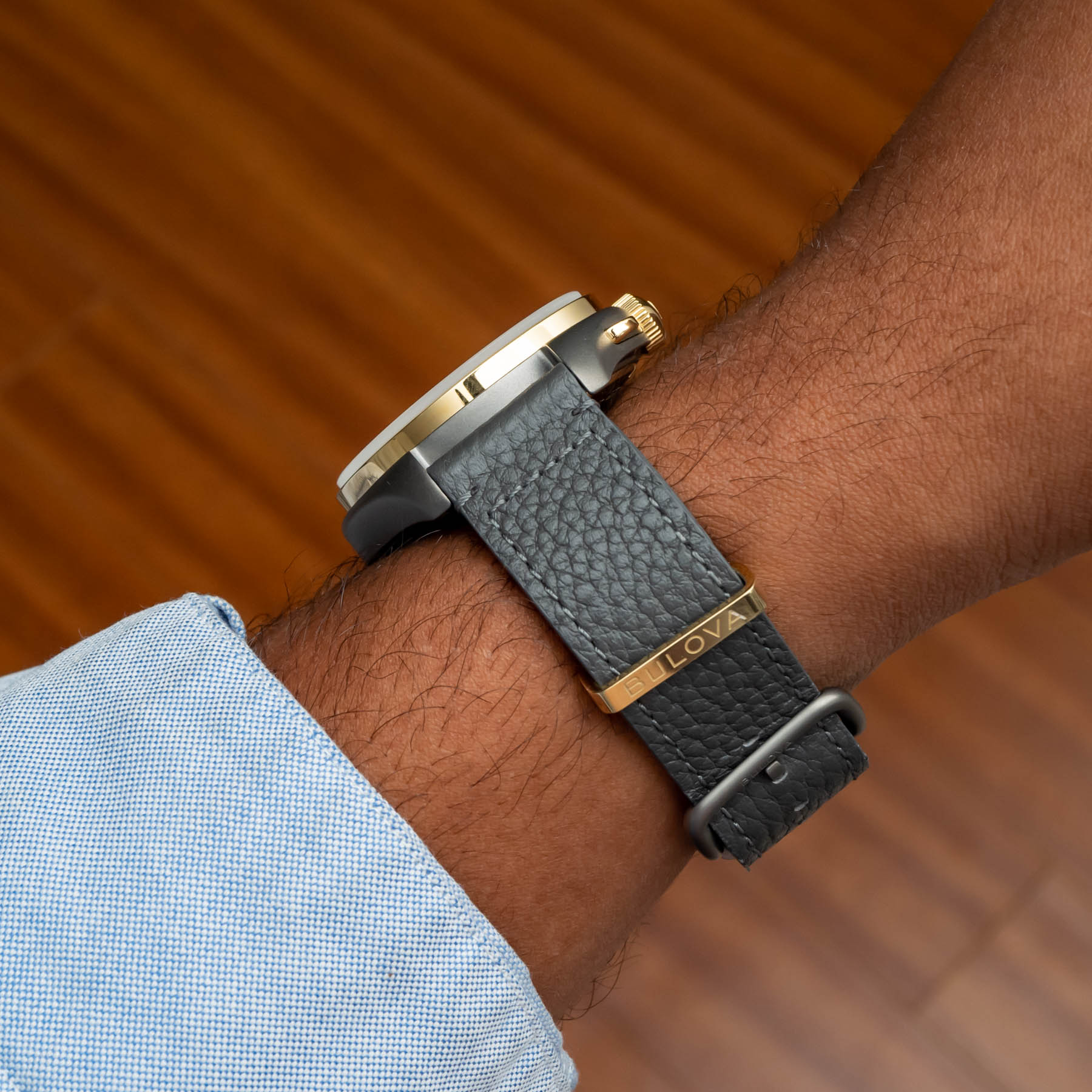 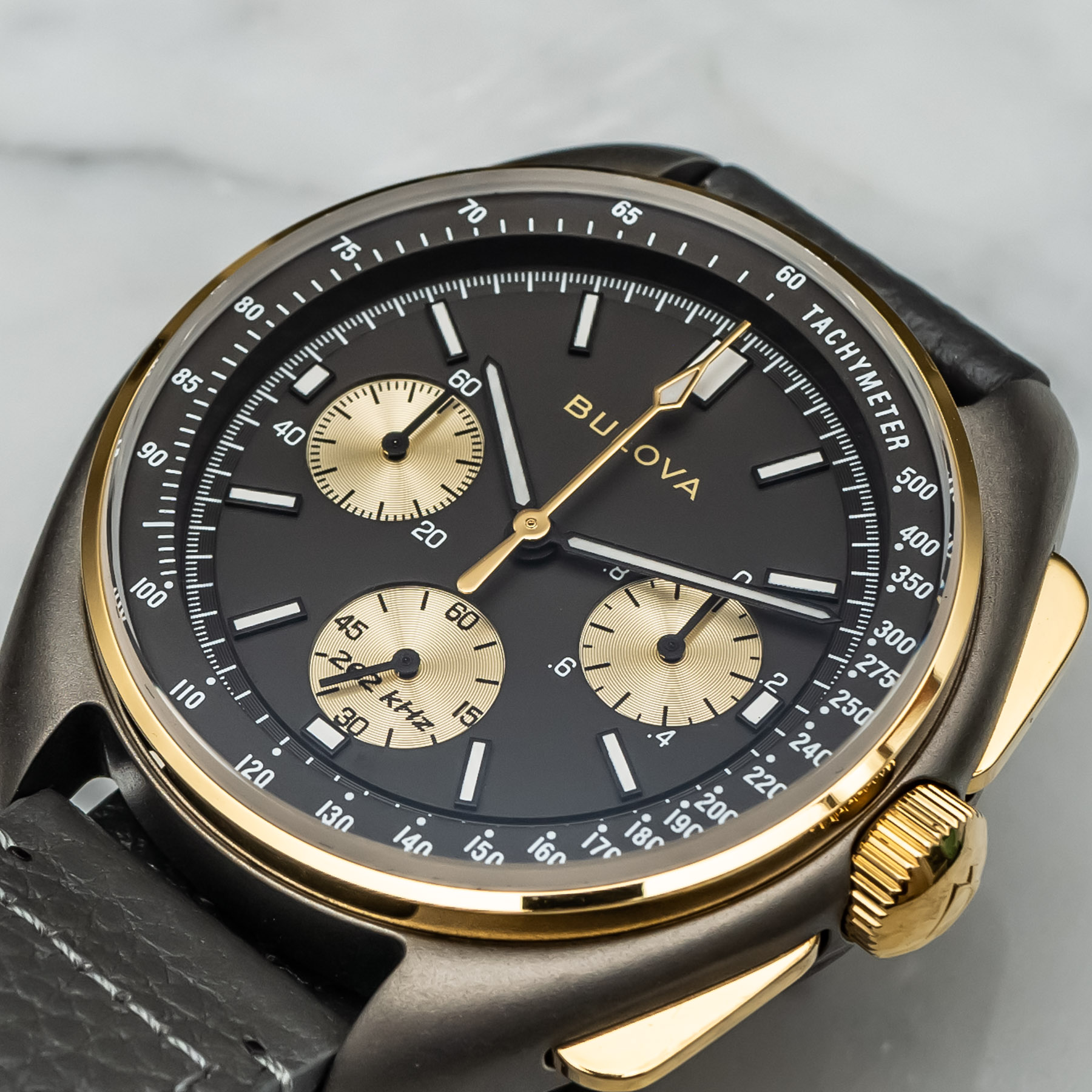 The 262 kHz on the seconds subdial indicates the use of Bulova’s proprietary high-performance (formerly referred to as UHF or Ultra-High Frequency) quartz movement. In addition to being highly accurate to 10 seconds per year, the Lunar Pilot’s chronograph hand both smoothly sweeps as it advances, as well as when it’s reset. It’s satisfying to both operate and watch and leaves little in the way of appetite for a mechanical movement. 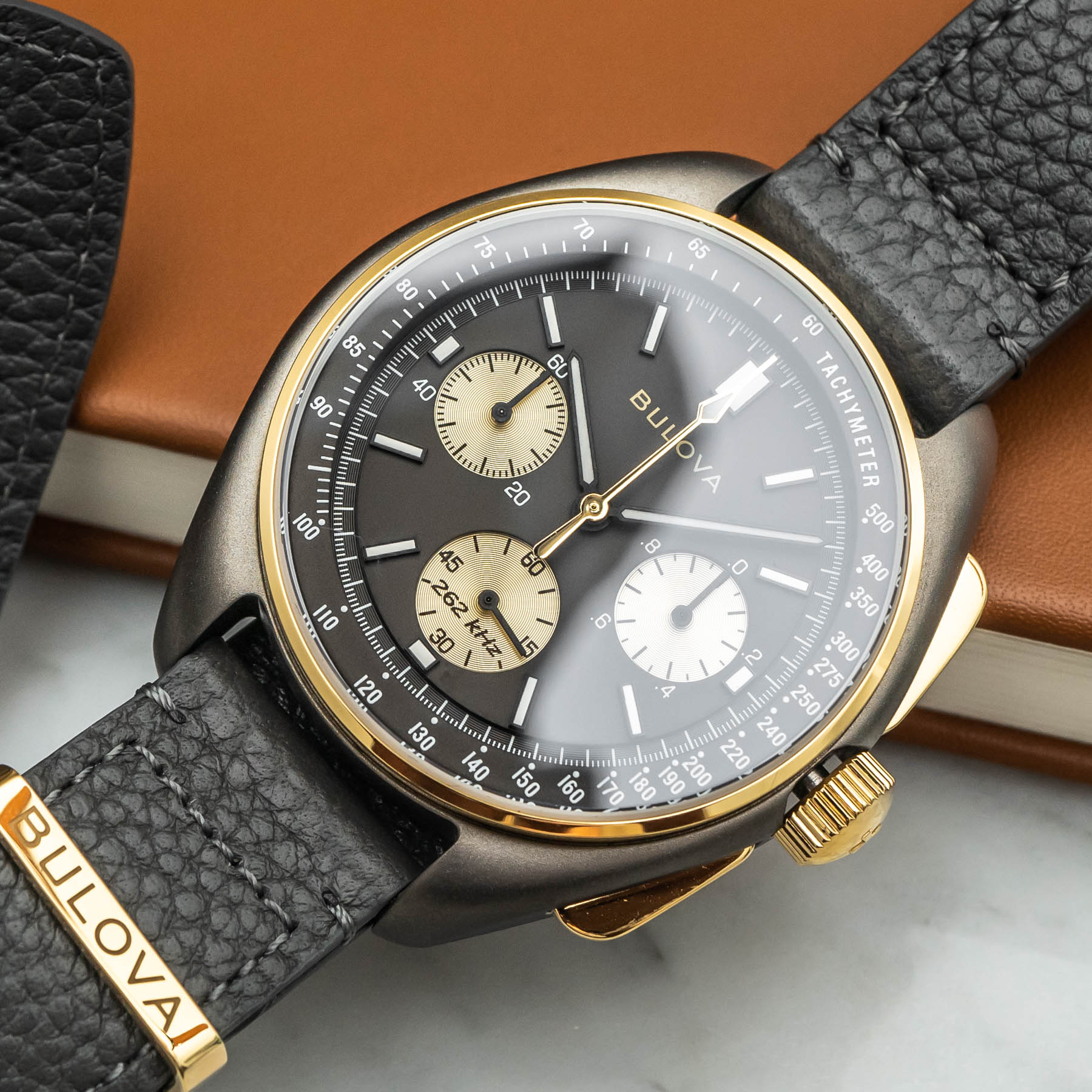 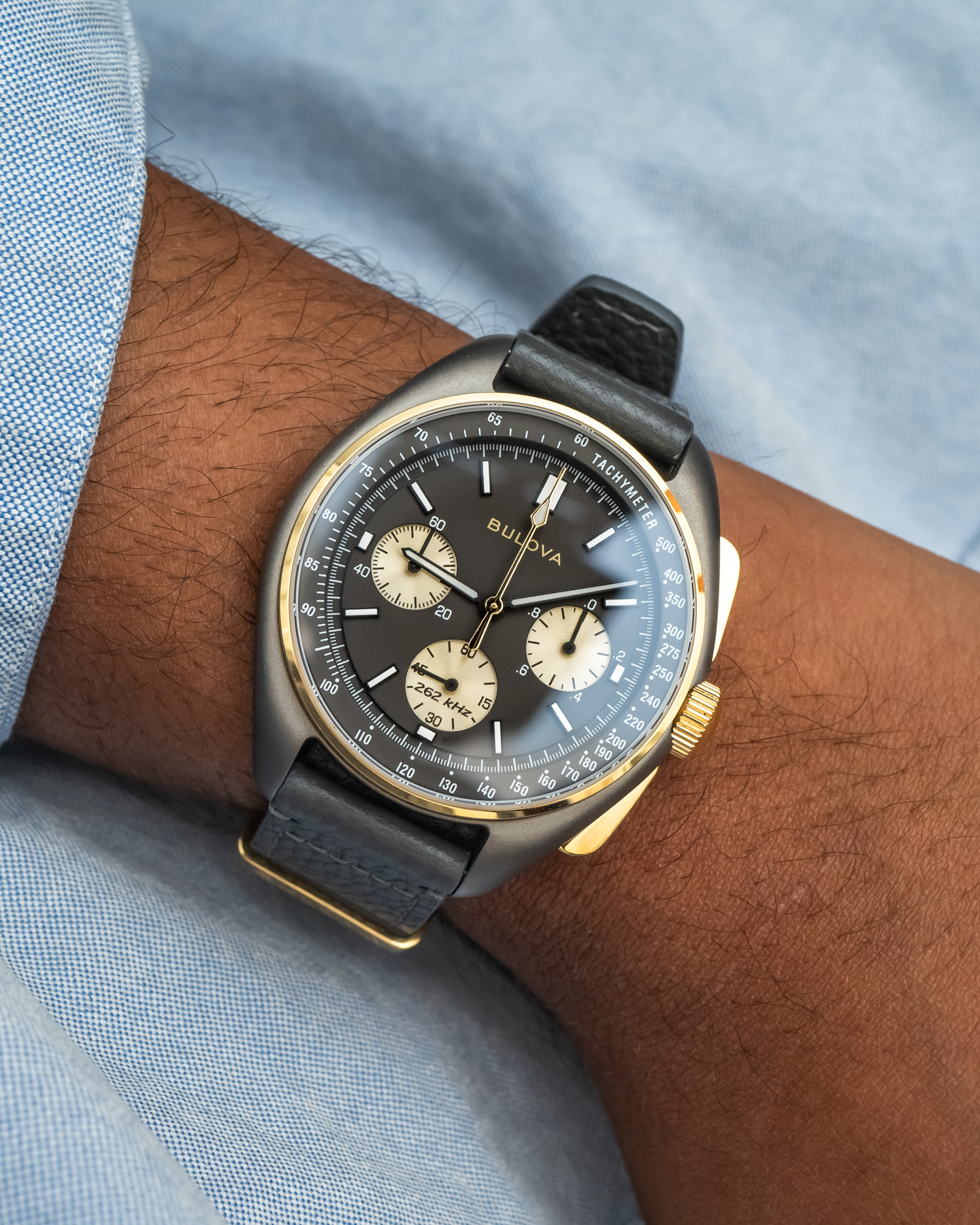 The Lunar Pilot case measures 45mm-wide, 13mm-thick, and has a 49mm lug-to-lug height.  It’s on the larger side, but the relatively short lugs keep it from really living up to its otherwise hefty-sounding proportions. I’d also note that the leather NATO strap adds a little bit to the thickness, which is closer to 13.5mm, all in. While on the topic of the strap, it really is quite nice and supple with the gray/gold accents echoing that of the case. The strap really adds cohesion to the entire thing and helps underscore the 50th-anniversary edition as something special.

Though scientists discovered water molecules on the moon, I don’t think it’s nearly enough to be an issue even with the 50M water resistance this watch has. If you’re staying earthbound, I’d say stay out of pools with the lunar pilot. 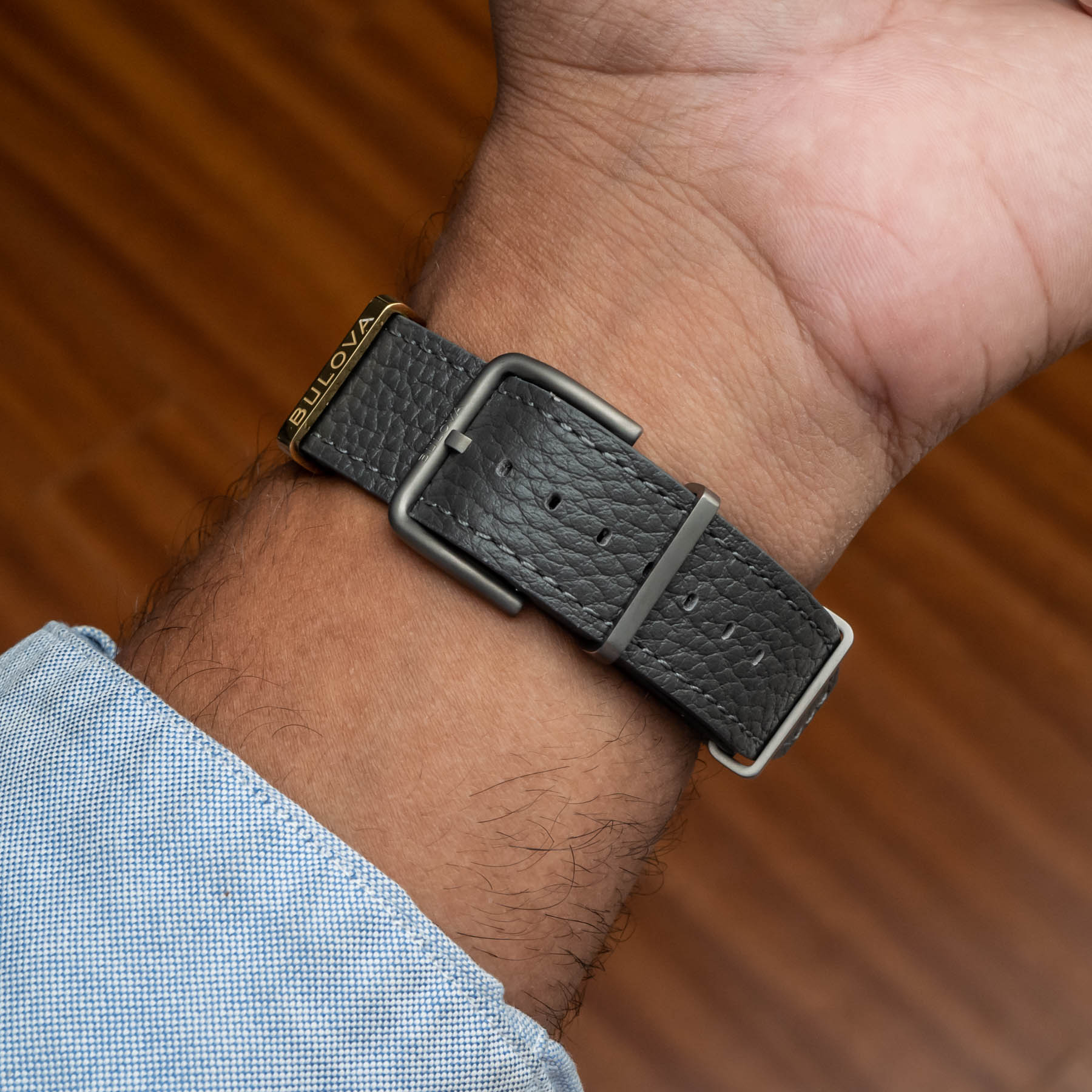 The Bulova 50th Anniversary Lunar Pilot is a limited-edition run, though with 5,000 pieces being made, I don’t think anyone interested will have too much of an issue getting their hands on one. Though I didn’t have them sent to me with the review unit, the watch will come with special packaging, a storybook, and a commemorative NASA coin. Available now for pre-order (at this link here) with delivery set for October, the 50th Anniversary Lunar Pilot is priced at $995. That’s about a $300 premium over the standard model, but keep in mind that the case is done in titanium (as opposed to steel). You can learn more at bulova.com.