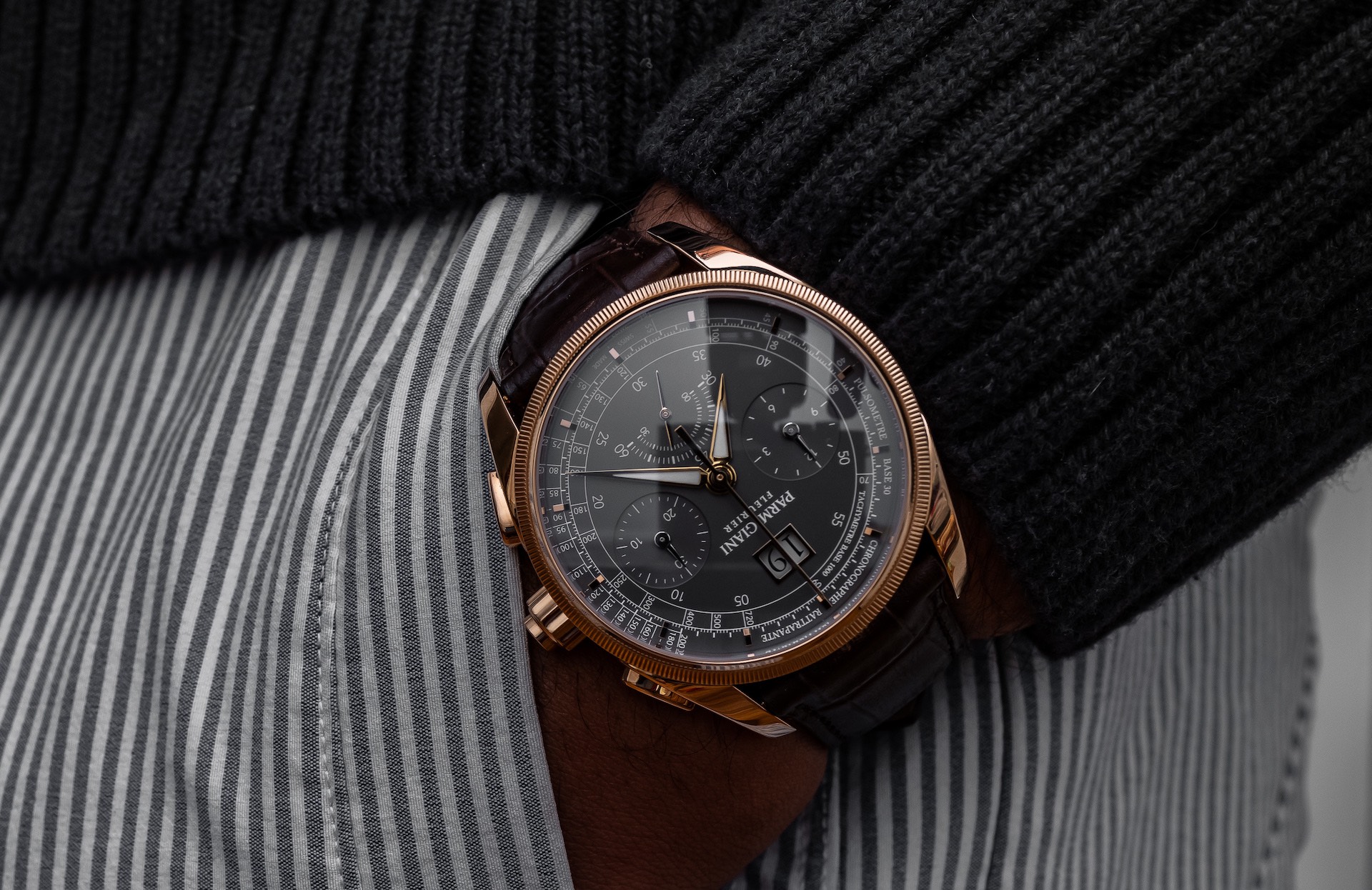 When it was first released in 2016 for the brand’s 20th anniversary, the Parmigiani Tonda Chronor Anniversaire was a milestone watch for the brand, as it also debuted its in-house-made integrated split-seconds chronograph movement. The 18k bridges and architecture of the PF361 movement is the stuff of dreams, and now Parmigiani has released a new variation of the watch with a slate gray dial and also a Toric-style knurled bezel. 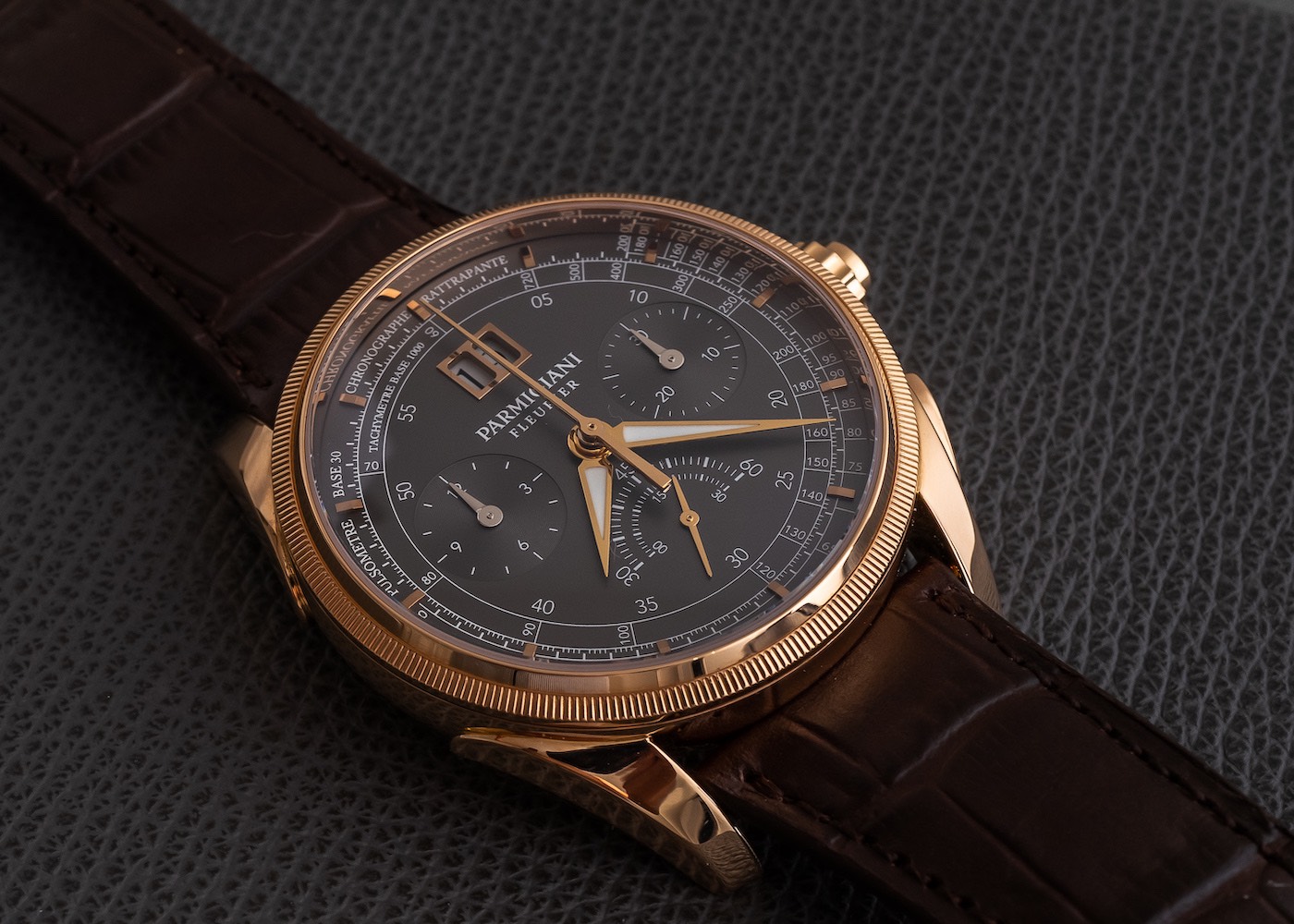 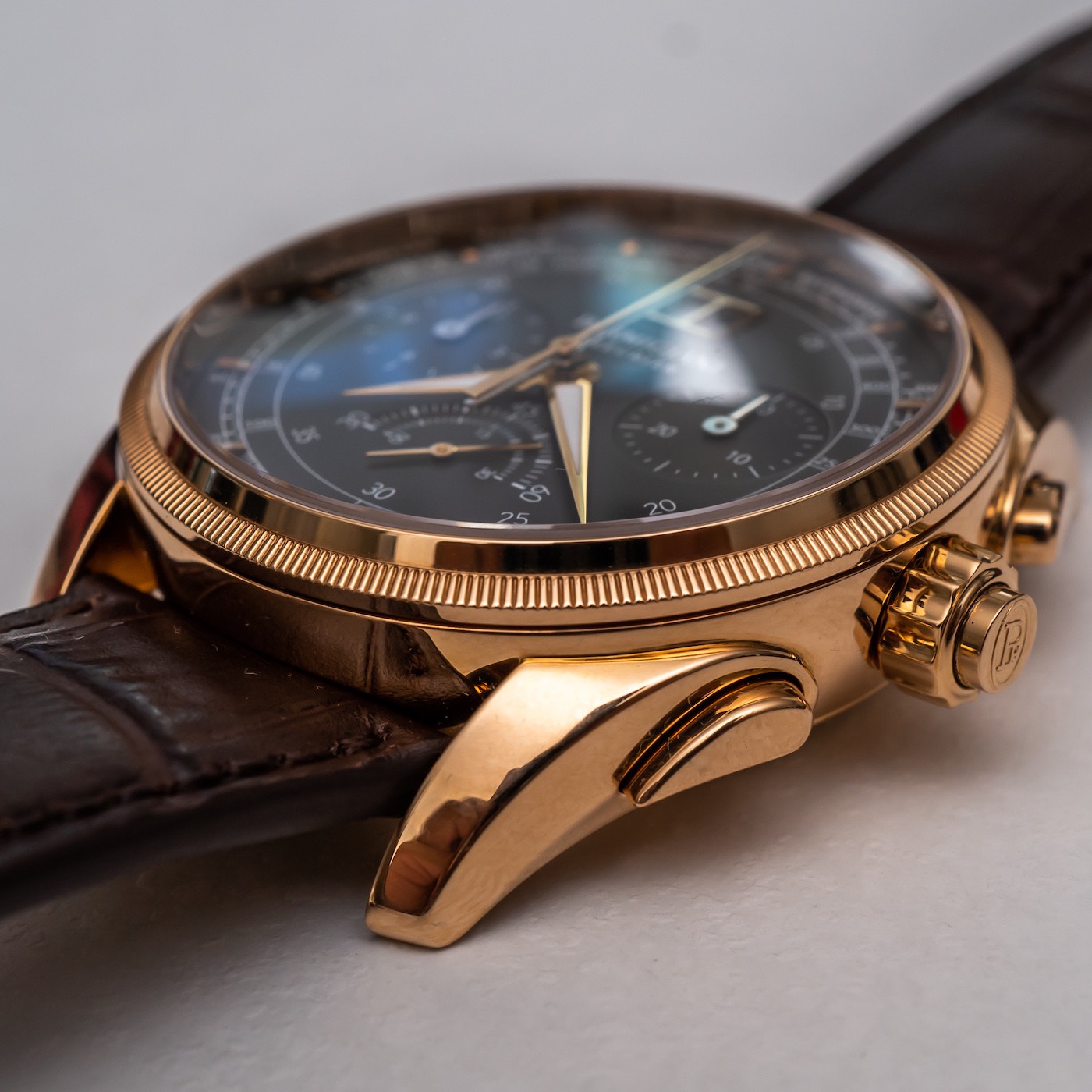 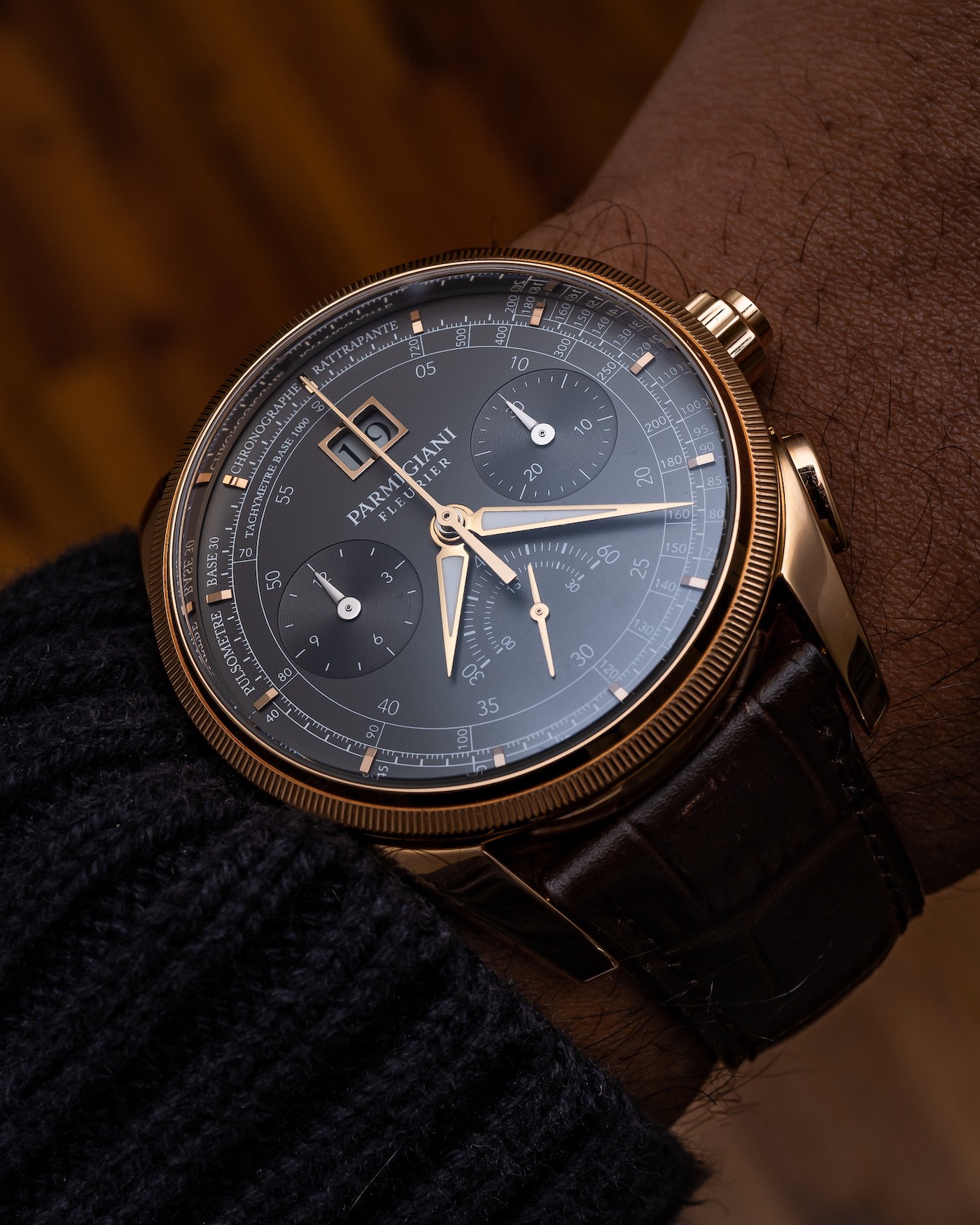 I know some find the dial of the Tonda Chronor a bit flat, but I don’t mind some restraint on the front of the dial when the caseback is so opulent. Also, this iteration of the Chronor foregoes the flat bezel of the previous versions and introduces the beautiful hand-knurled bezel that’s typically found in Parmigiani’s Toric collection. That big date window still draws the eye before anything else on the dial, and it’s still executed just as well as anything else. 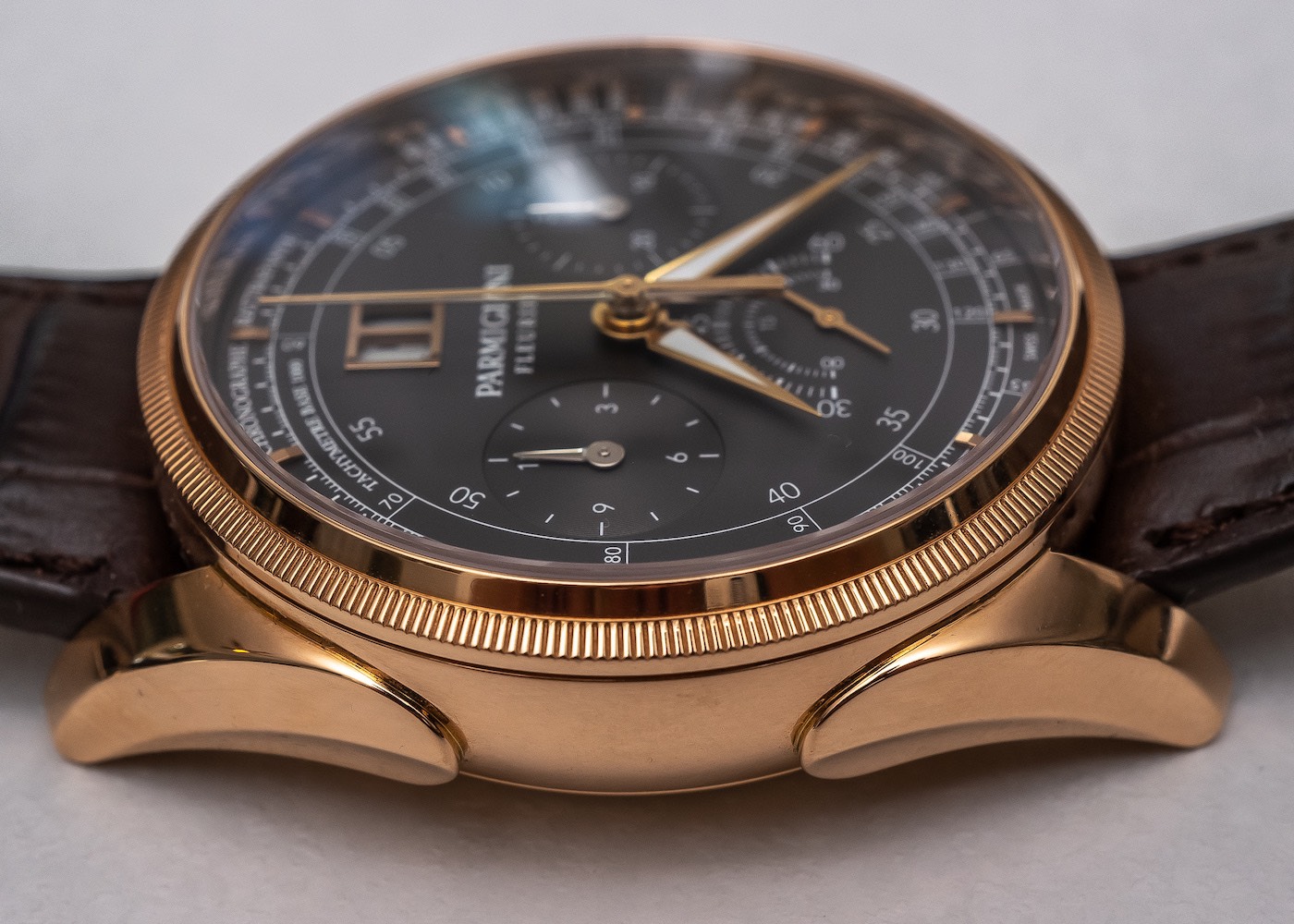 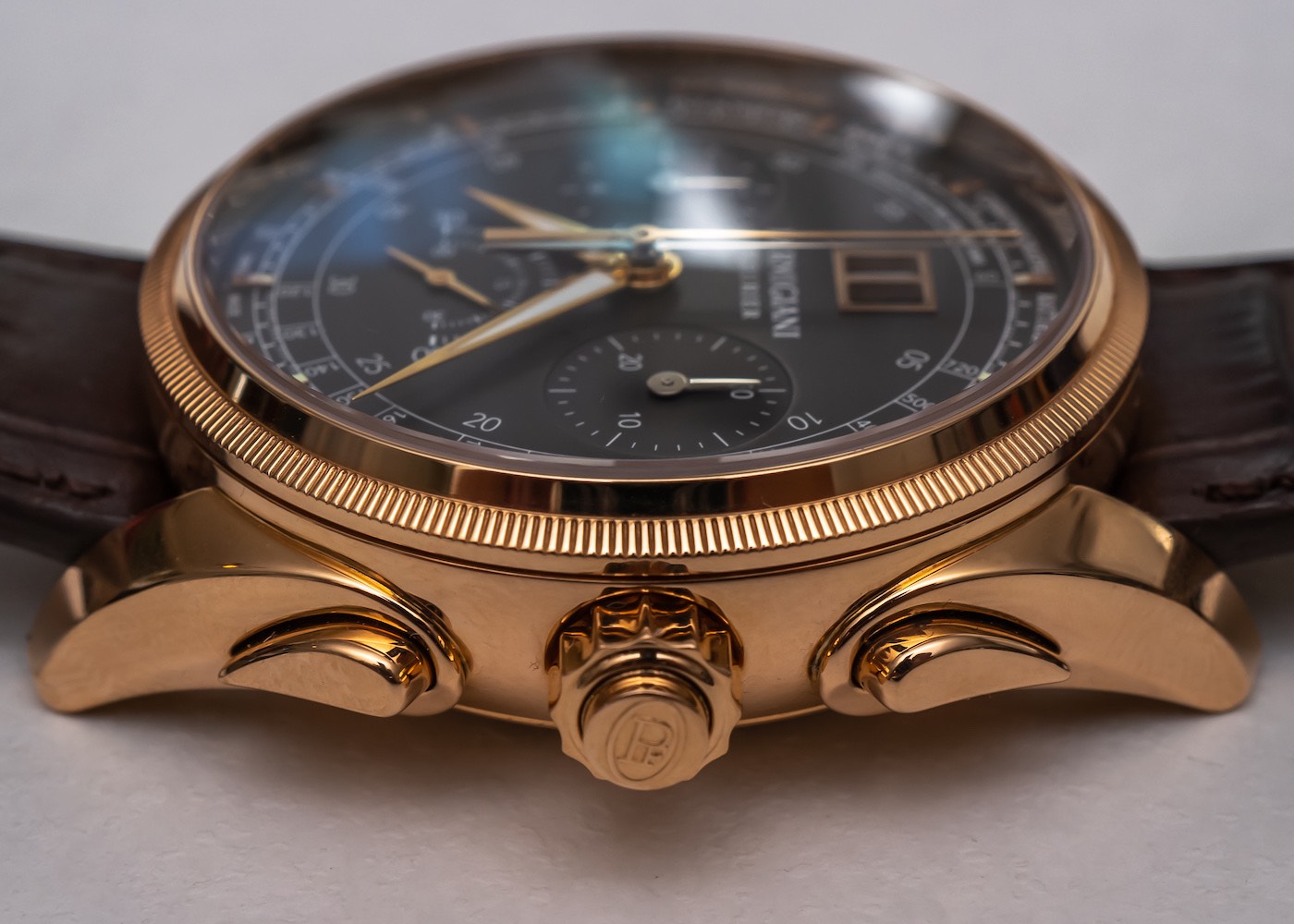 The case is 42.1mm-wide and 14.6mm-thick, with the curved lugs sitting really nicely on the wrist while looking beautiful. The pushers, again, look great and have a satisfying feeling when activated. Speaking of chronograph pushers, the in-house split second chronograph movement is still impressive four years later. 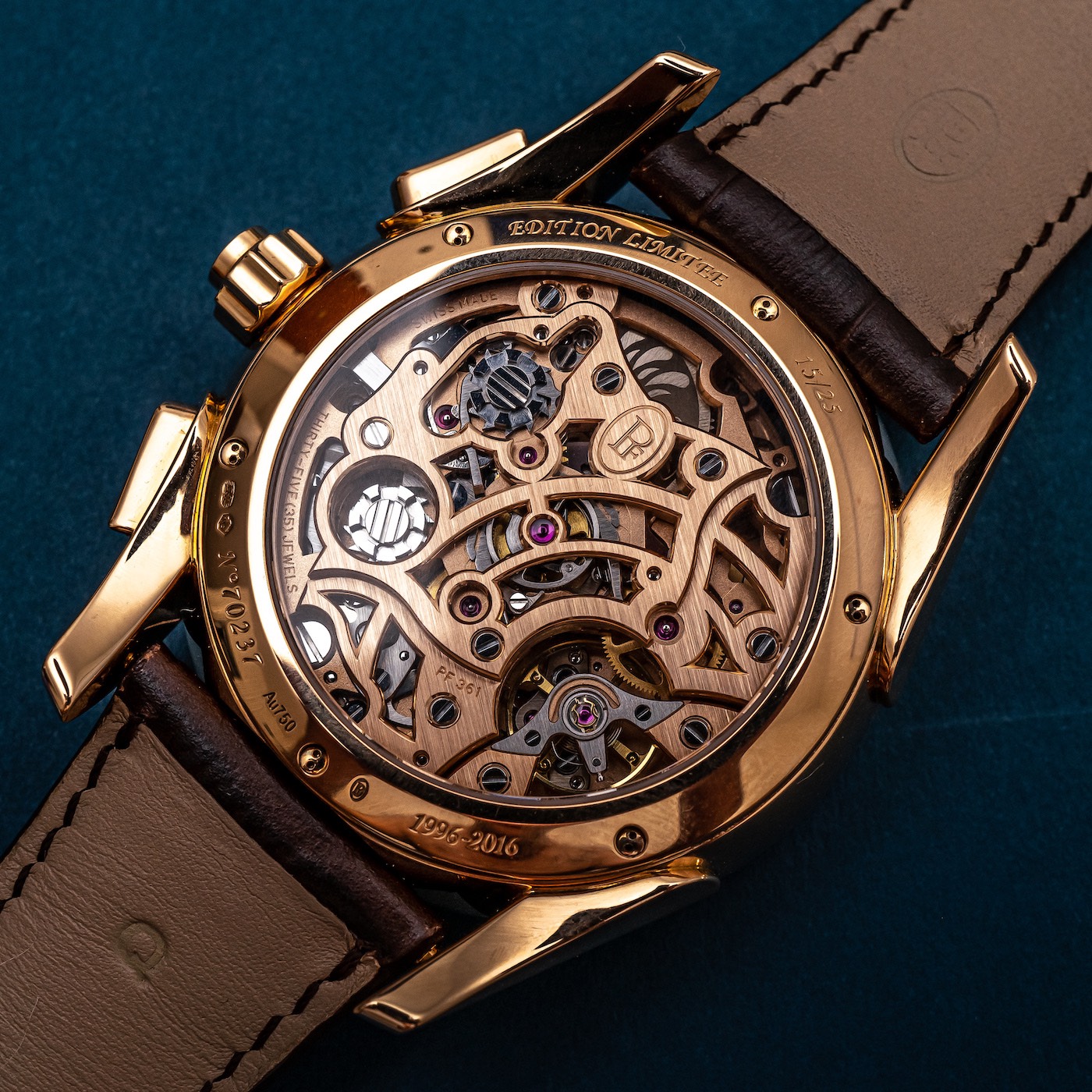 As Ariel said when the Parmigiani Tonda Chronor Anniversaire watch was released in 2016:

“On top of that, the movement is also a split-seconds (rattrapante) chronograph. This gives the user an additional 60-second timing opportunity while the main chronograph continues running. Producing a split-seconds chronograph requires a lot of very specialized watchmaker attention and, according to many, is more difficult to assemble that a perpetual calendar. The chronograph uses column wheels as well as a vertical (versus horizontal) clutch system.”

Beyond its split-seconds function and 18k gold bridges, the PF361 operates at 36,000 vph (5Hz), which is likely a nod to the kinds of buyers who appreciate performance even at six-figure prices. Both watches will come on Hermès alligator straps and have 30M of water resistance. 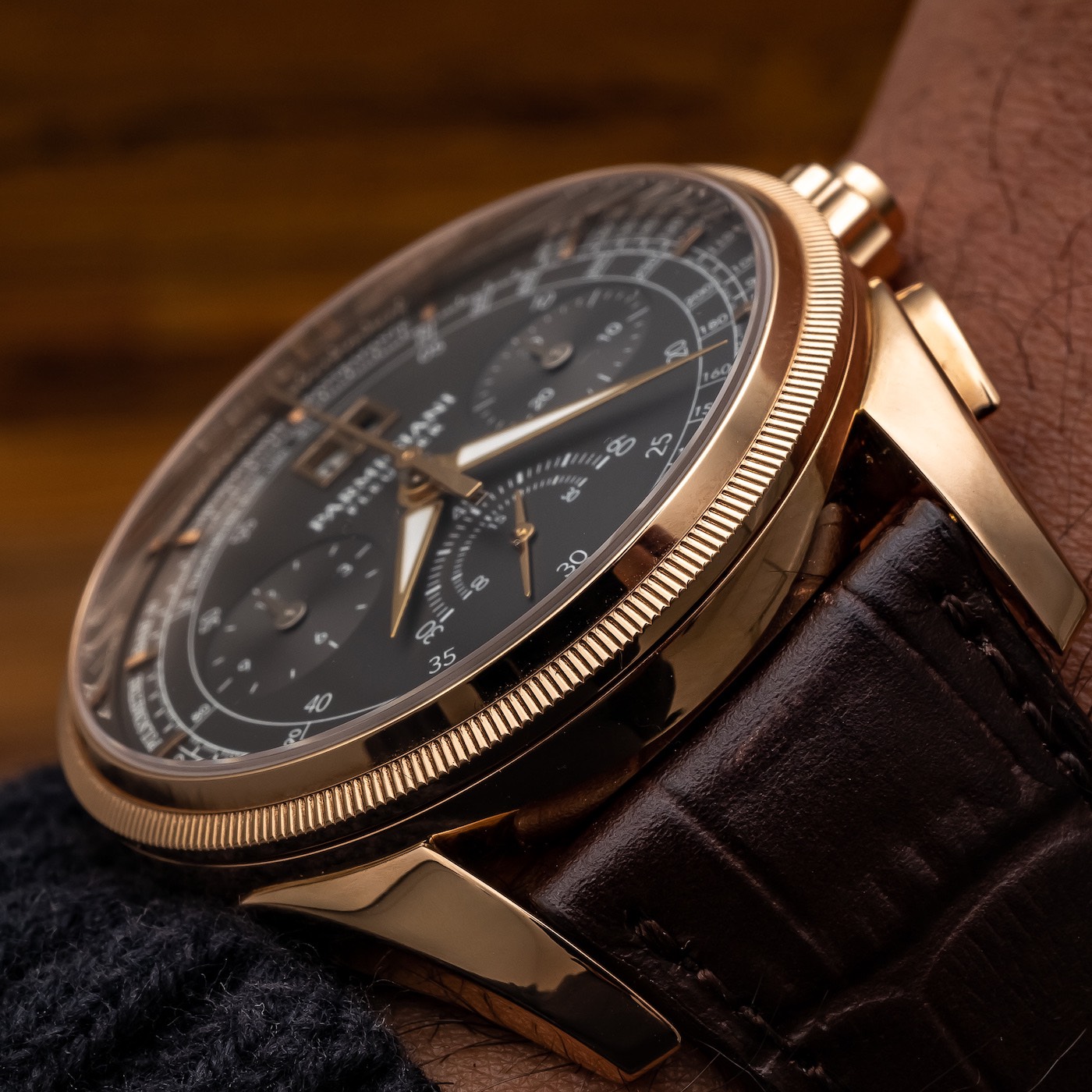 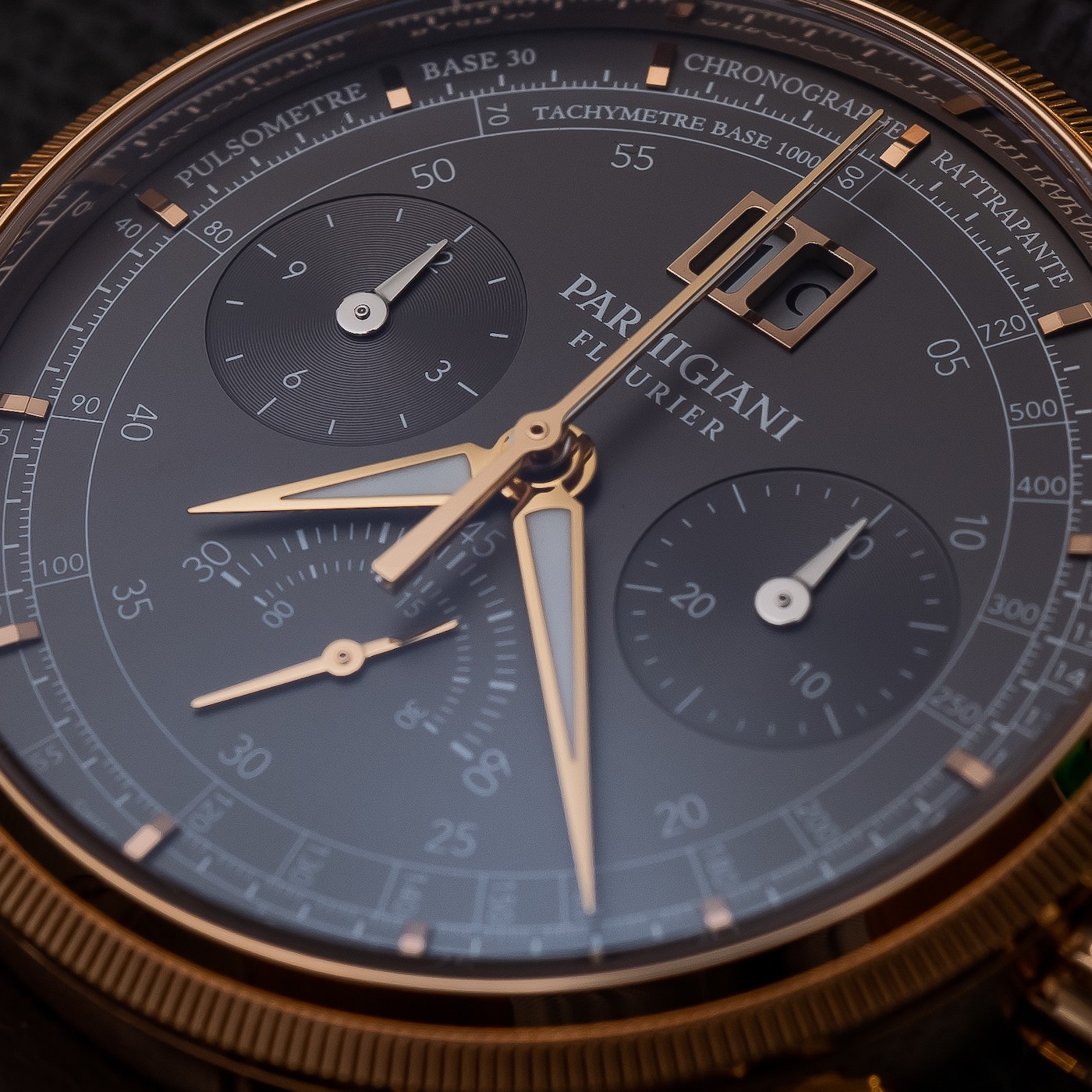