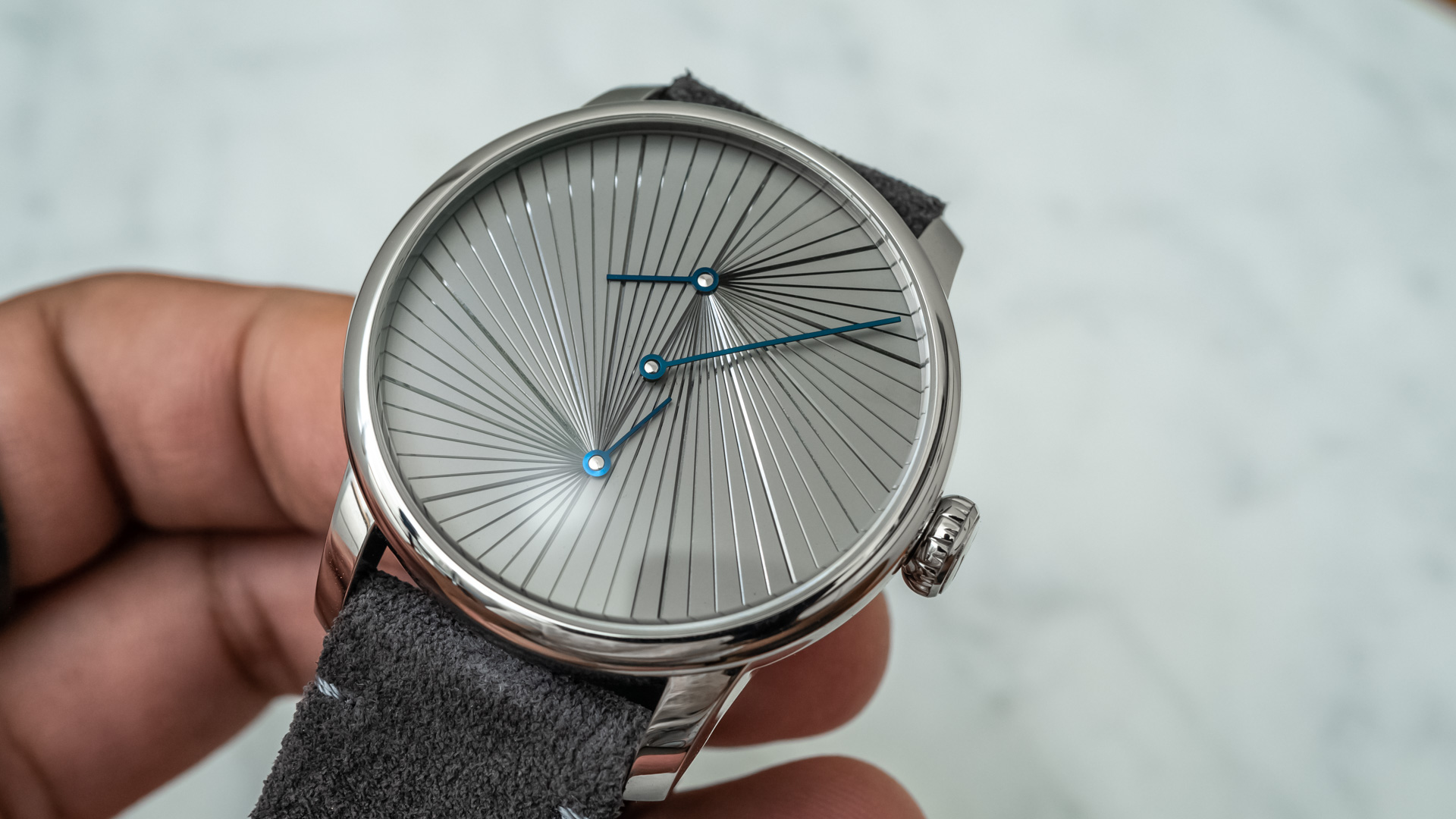 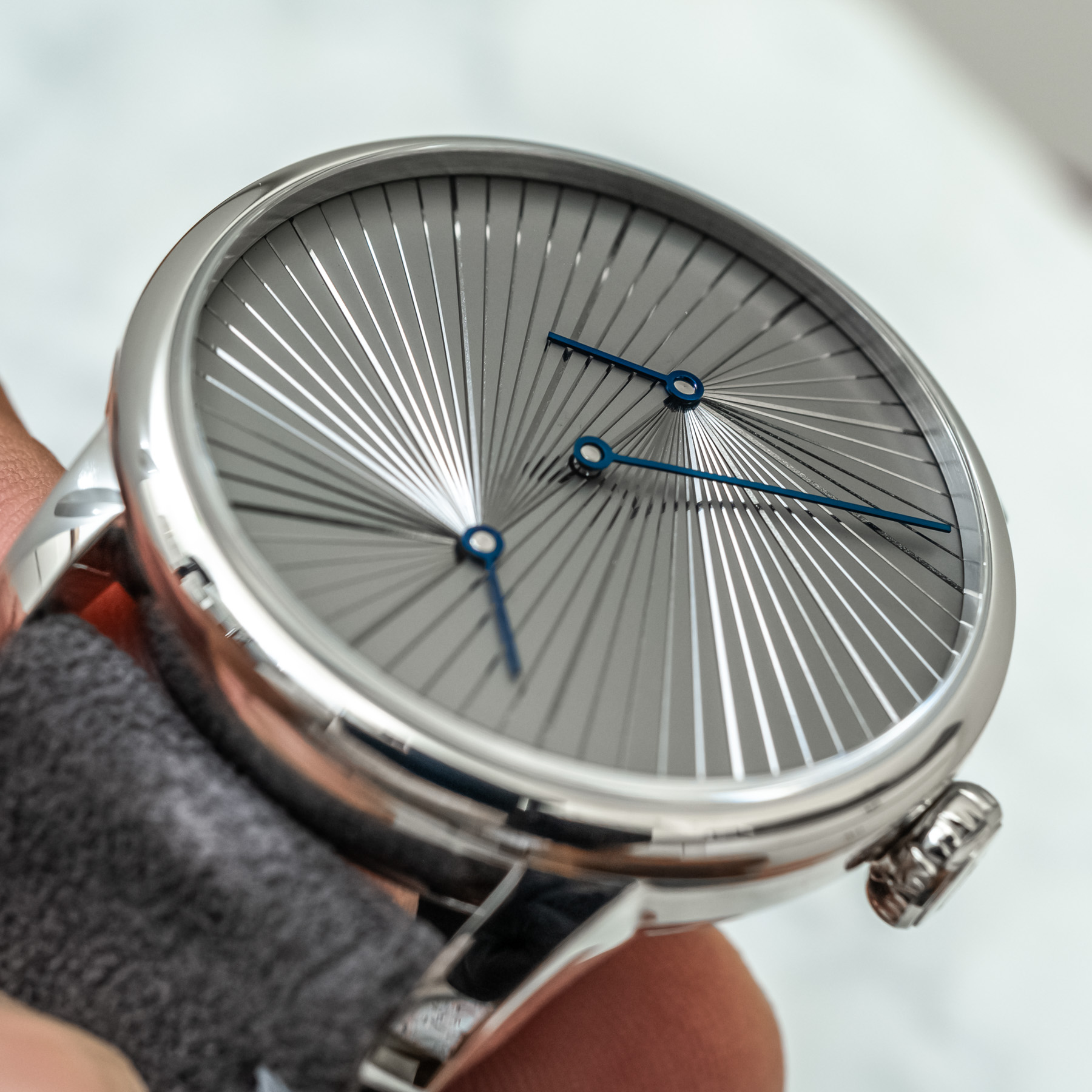 The unexpected rise of Louis Erard in the last year or so has been so satisfying to observe and is truly well-deserved and earned by the brand. After collaborations with Vianney Halter and Alain Silberstein, the brand is doing something a little different with this latest release in collaboration with Swiss architecture firm atelier oï. Le Régulateur Louis Erard x atelier oï reduced the design language down to drawn lines assembled as asymmetrical rays meant to evoke a sundial. 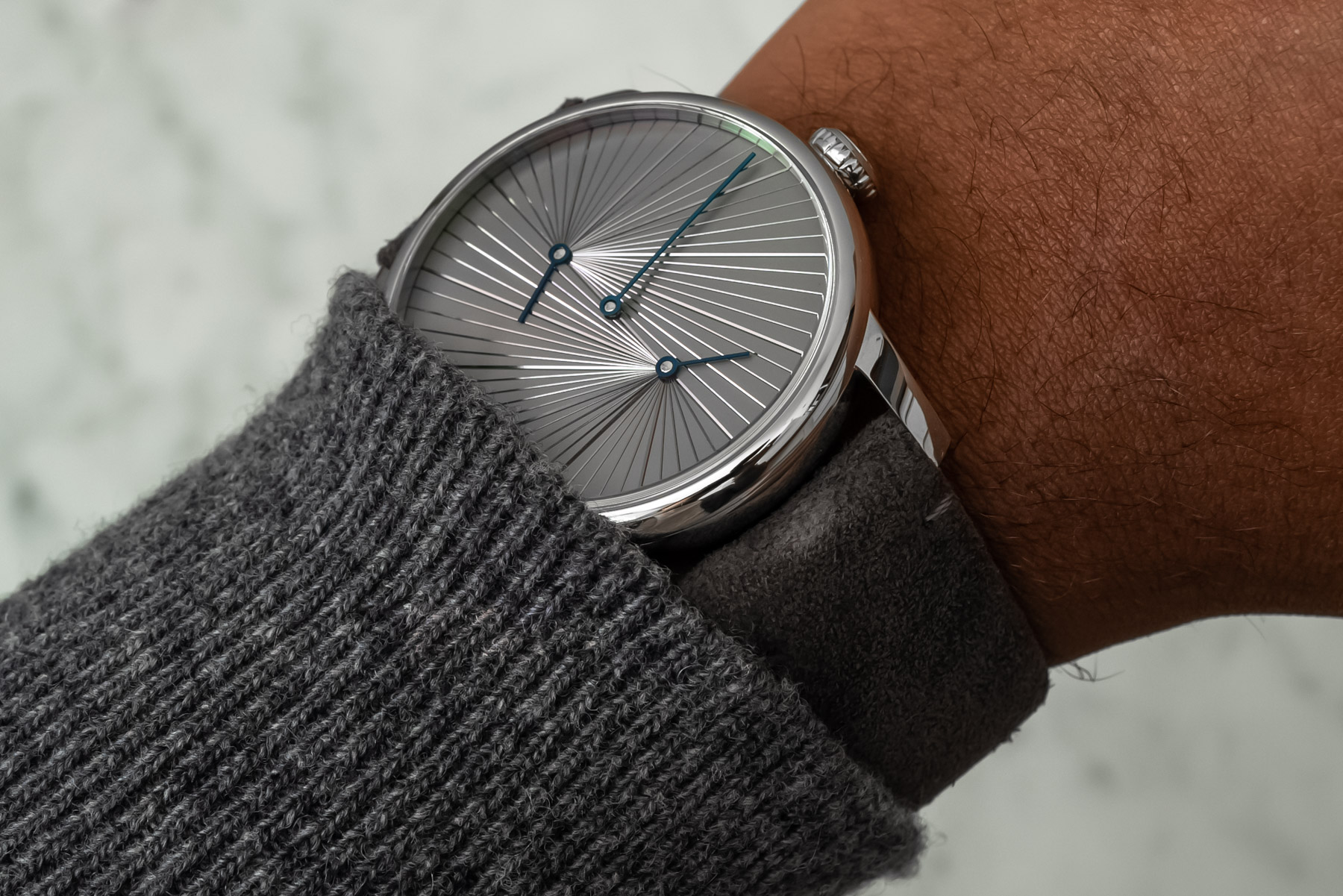 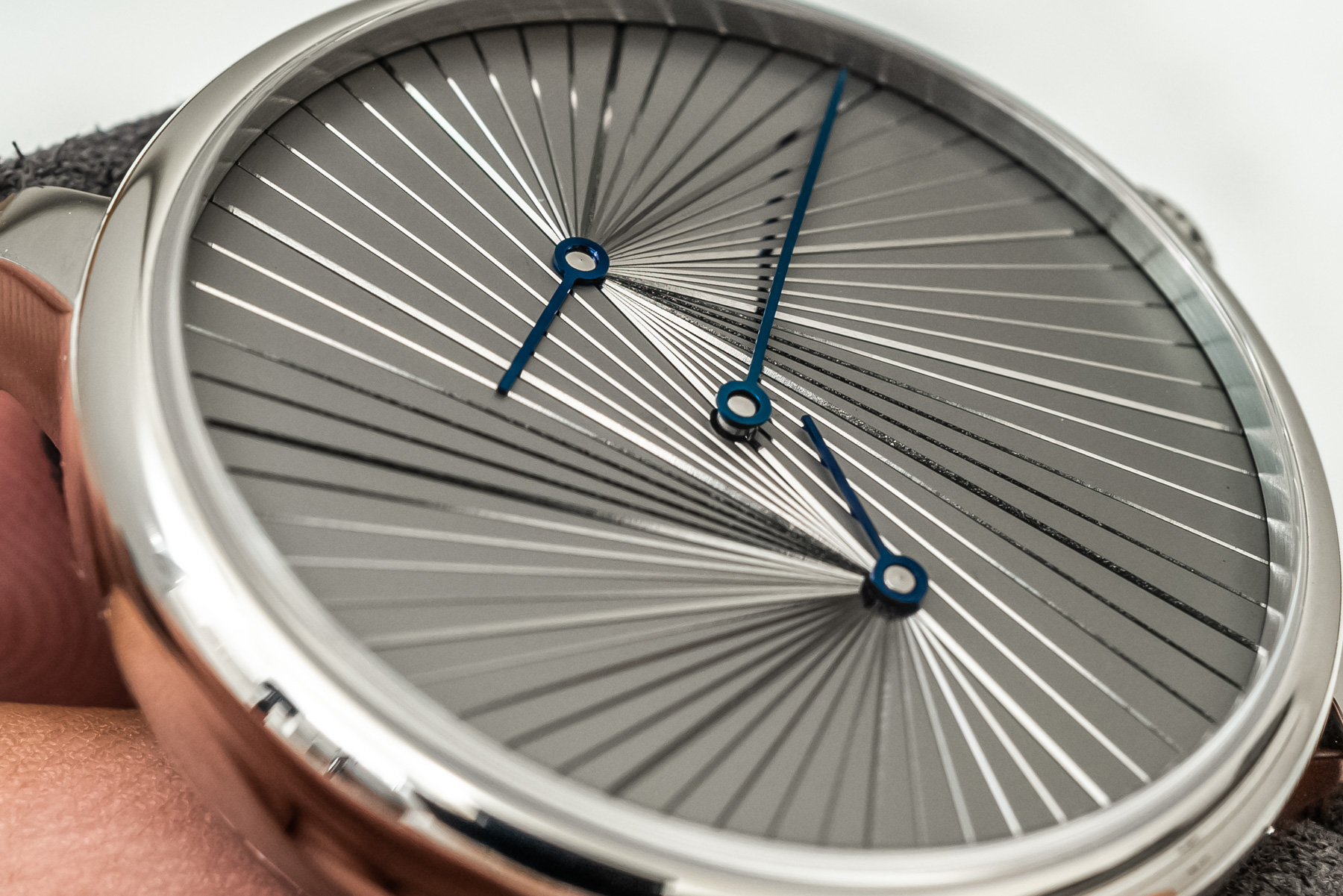 “How do you read the hours?” is a question I imagine will get asked a lot of the 178 people lucky enough to own one of these. First off (if the name didn’t give it away), it’s a regulator AKA the deconstructed method of time-telling. From the top of the dial down, you’ve got the hour subdial at 12 o’clock, large central minutes hand, and a seconds subdial at 6 o’clock. Upon closer inspection, you’ll notice that the engraved lines that fan across the dial actually end up in 60 equidistant areas with bolded five-minute increments. Reading the hours isn’t super-easy, but frankly, after a little bit of time with the watch, you get used to it. Style and design trump ease of legibility, though — and rightfully so, as this watch is more a piece of art than a practical tool. 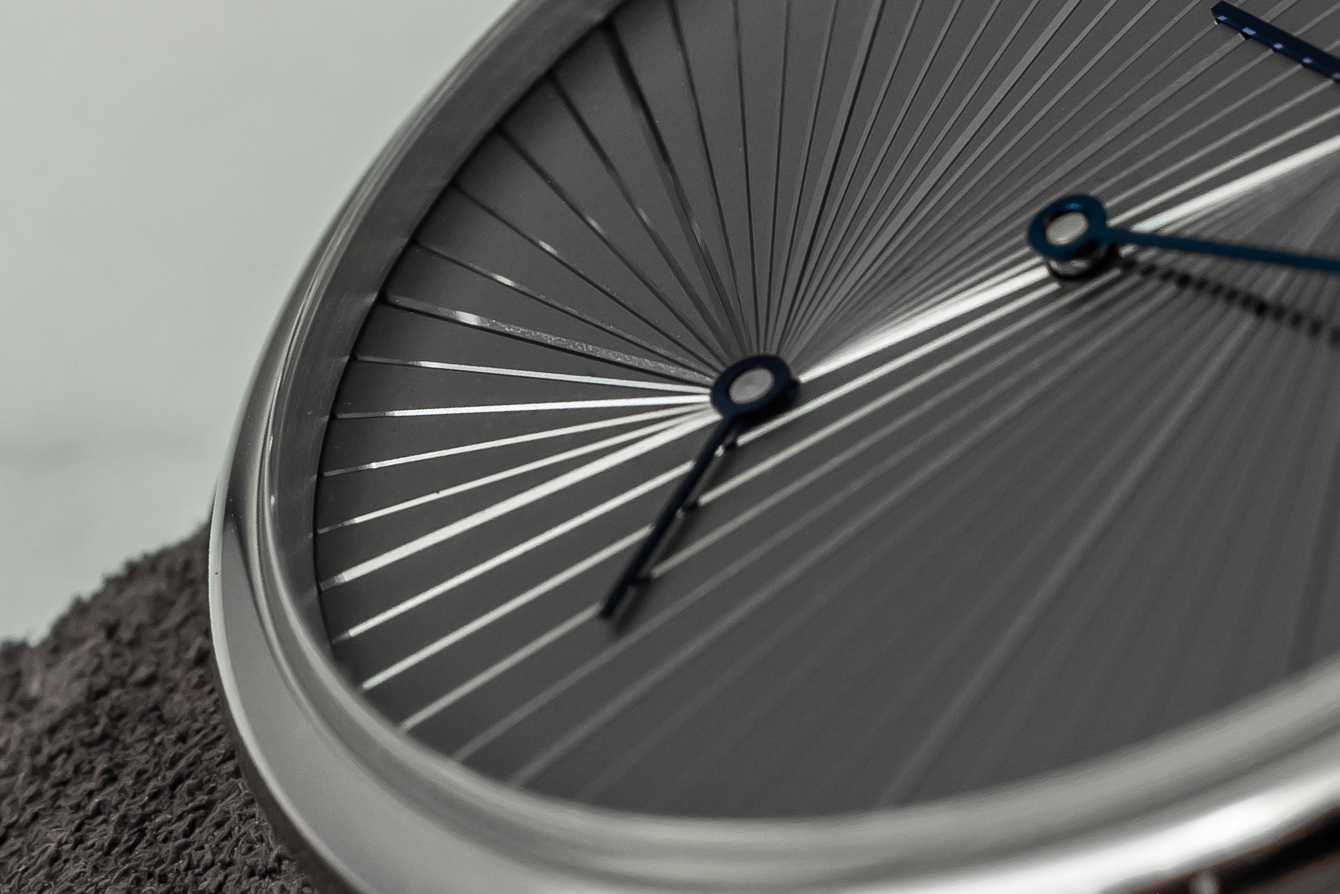 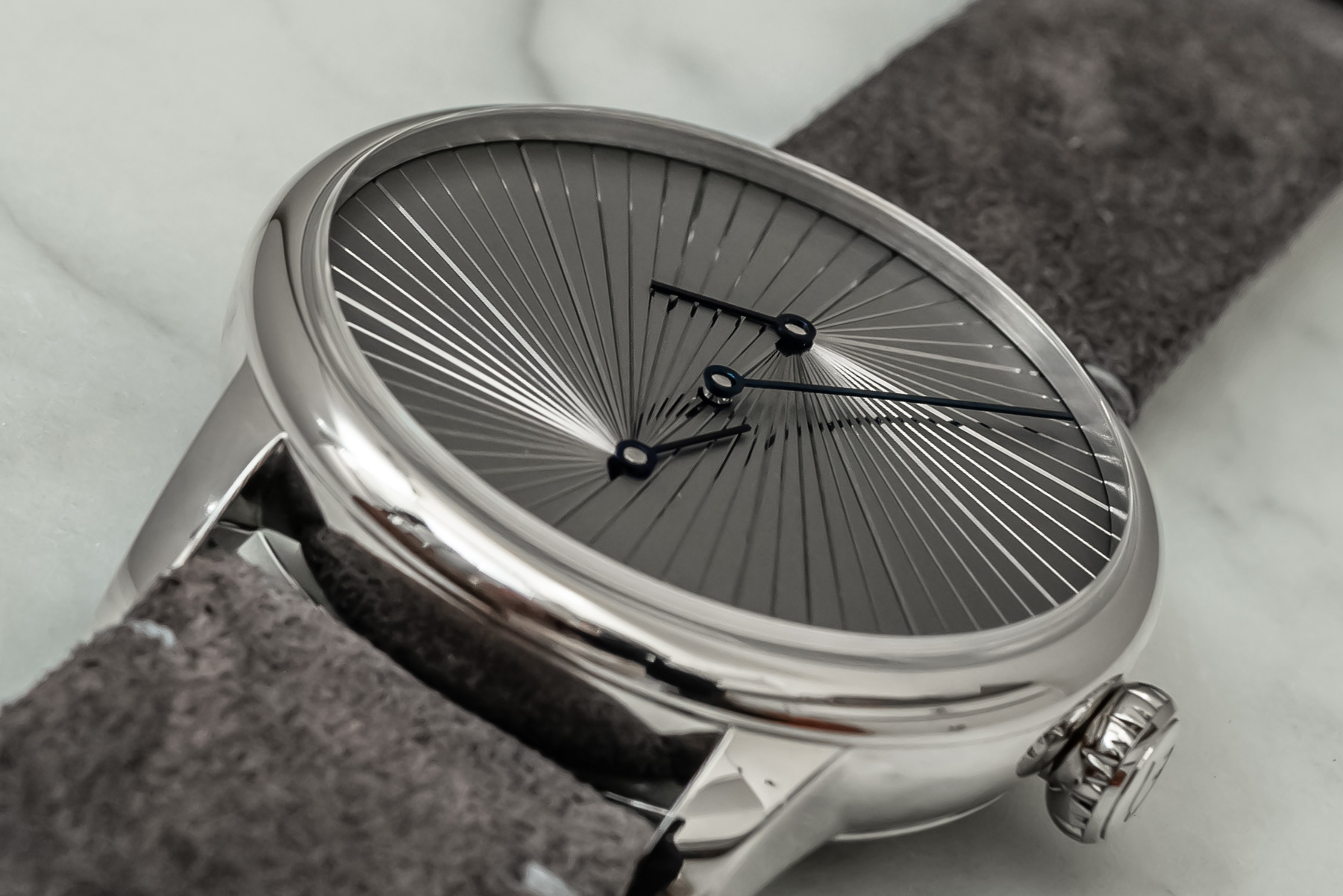 The dial is streaked with engraved asymmetrical lines fanning across it. The engraved lines are highly polished and shimmer so beautifully against the matte-gray dial with even the gentlest light. It’s an absolute beauty and mesmerizing to watch as it moves under the light. 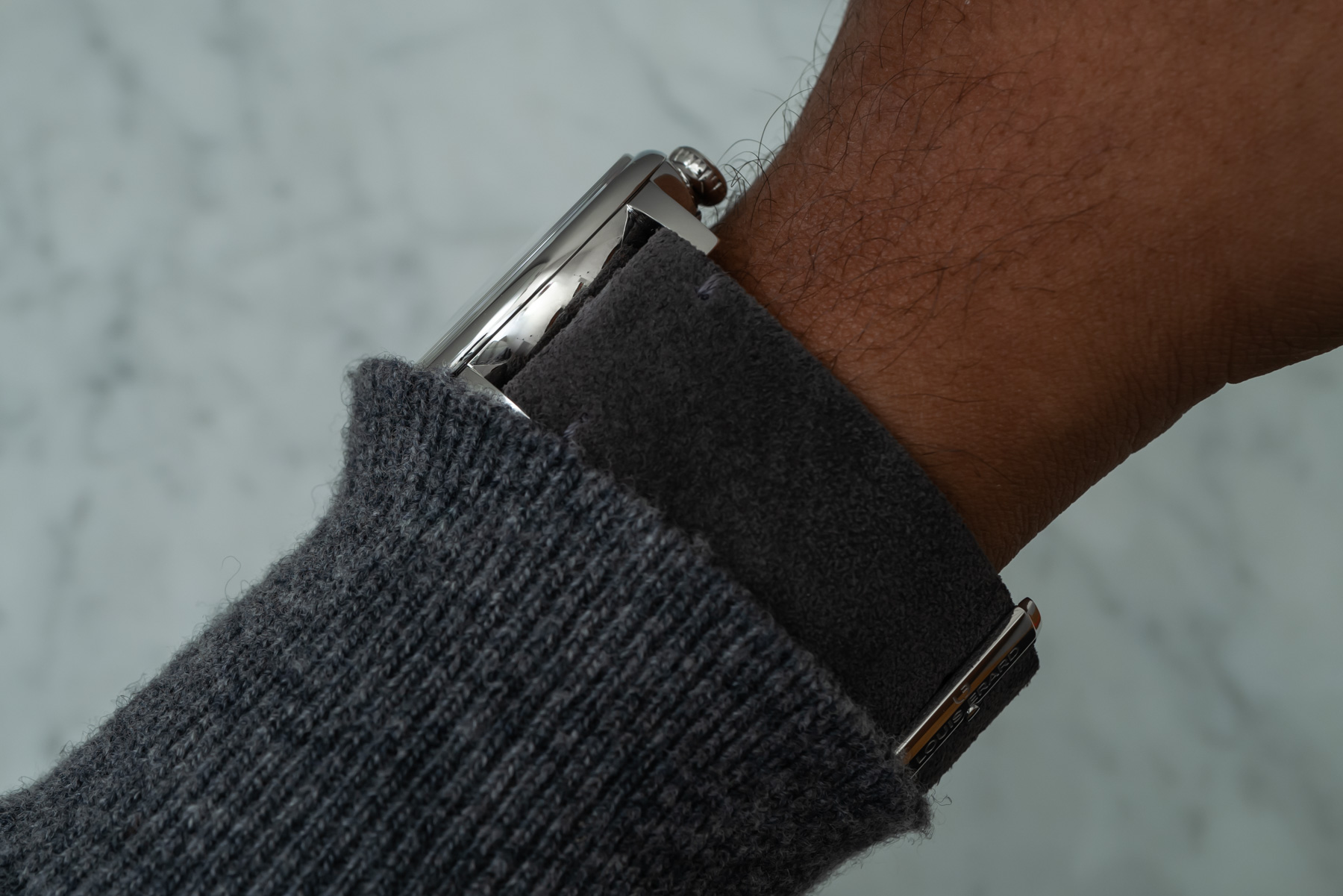 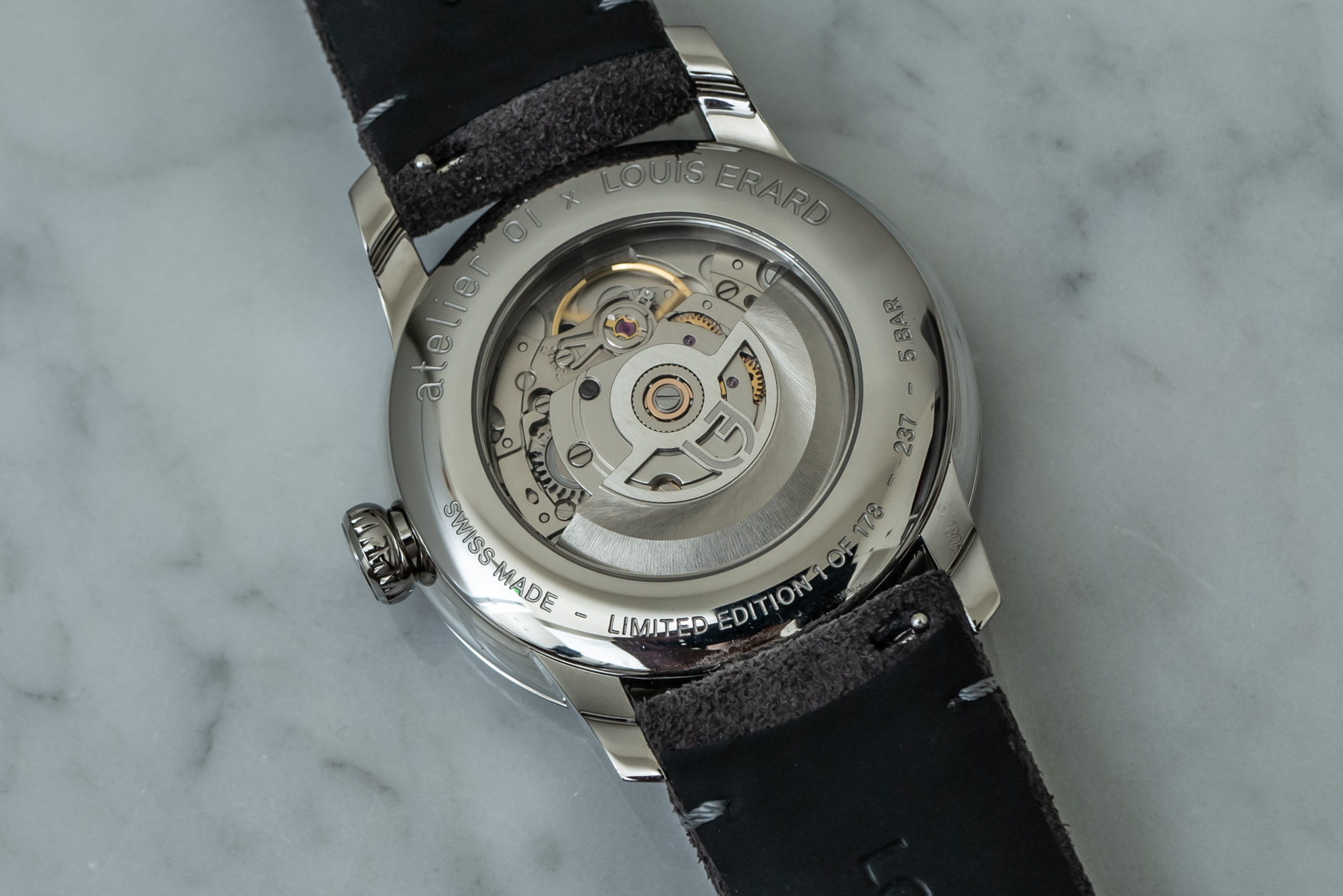 Le Régulateur Louis Erard x atelier oï is housed in a polished steel case (with 50m  of water resistance) that is 42mm-wide and 12.25mm-thick with a lug-to-lug measurement of 49.6mm. Through the exhibition caseback you can see the Sellita SW266-1 movement, which operates at 28,800vph and has a 38-hour power reserve. It’s a good enough movement with a nicely open-worked rotor, as well.

I suppose if there’s one thing I would change about this watch, it is that I’d prefer a manual-wind movement. For example, the ETA Peseux 7001 with Louis Erard RE9 module used on the first Alain Silberstein collaboration allowed a slim 8mm-thick case. I do think that a dial like the one on this atelier oï collaboration requires a larger dial and, therefore, case than the ETA/RE9 could handle. 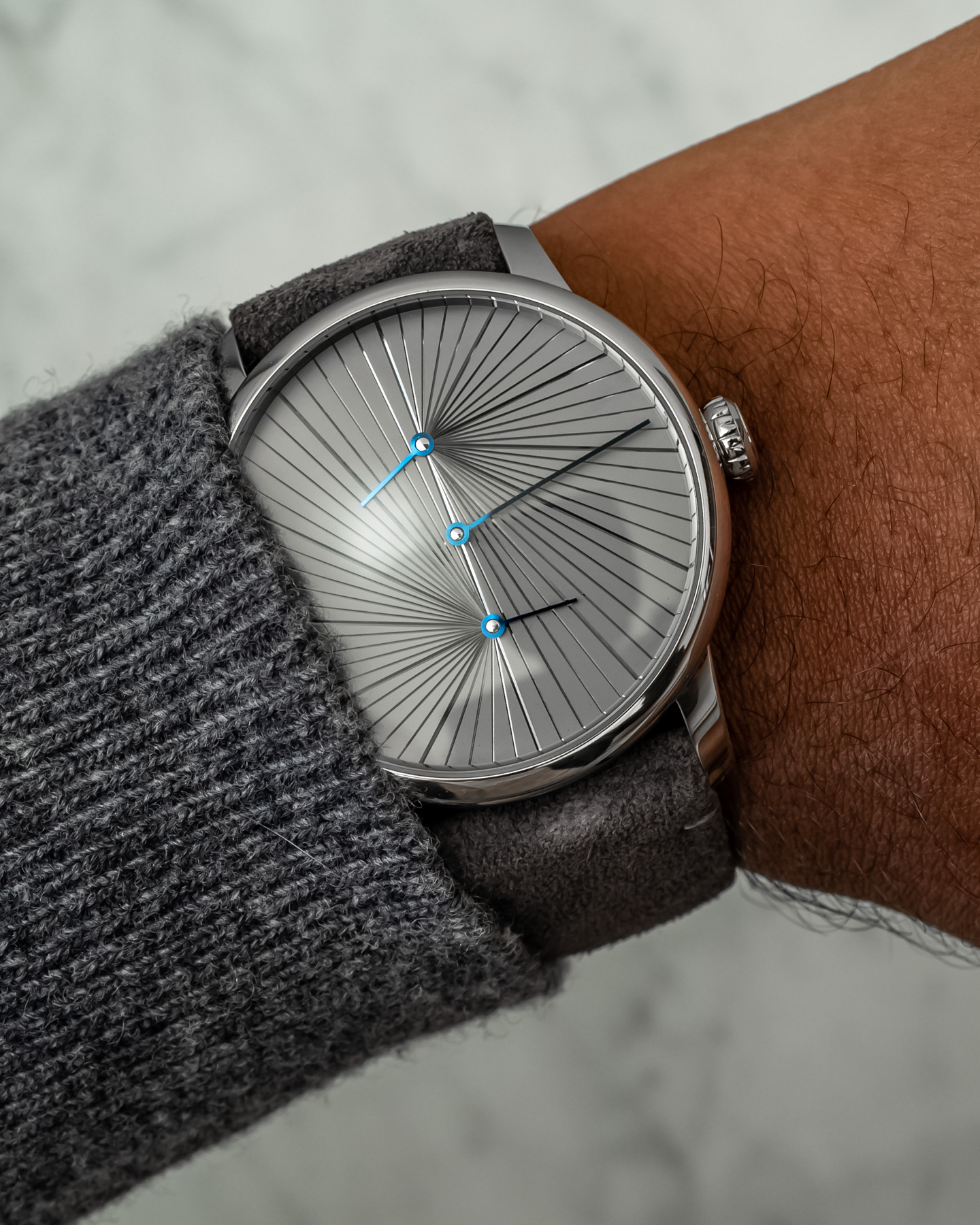 The team at Louis Erard deserves a lot of credit for what they’ve done with the brand in just a few short months, and Le Régulateur Louis Erard x atelier oï proves that they know how to avoid getting in a rut. They took a risk by partnering with an architecture firm but it was worth it as the result is an absolutely beautiful watch that stands alone and doesn’t rehash successful formulas from the past.

While my initial plan was to have this hands-on article ready when the watch was released, the gods of shipments and transportation had other plans. Needless to say, it appears that the 178 pieces of Le Régulateur Louis Erard x atelier oï are spoken for at this moment, but there is a waitlist (which you can find here) I’d suggest for anyone who is interested in one, as it’s not unusual for orders to fall through for various reasons. As with most of its previous limited-edition collaborations, Le Régulateur Louis Erard x atelier oï is priced at 3,500 CHF. You can learn more at louis-erard.com.