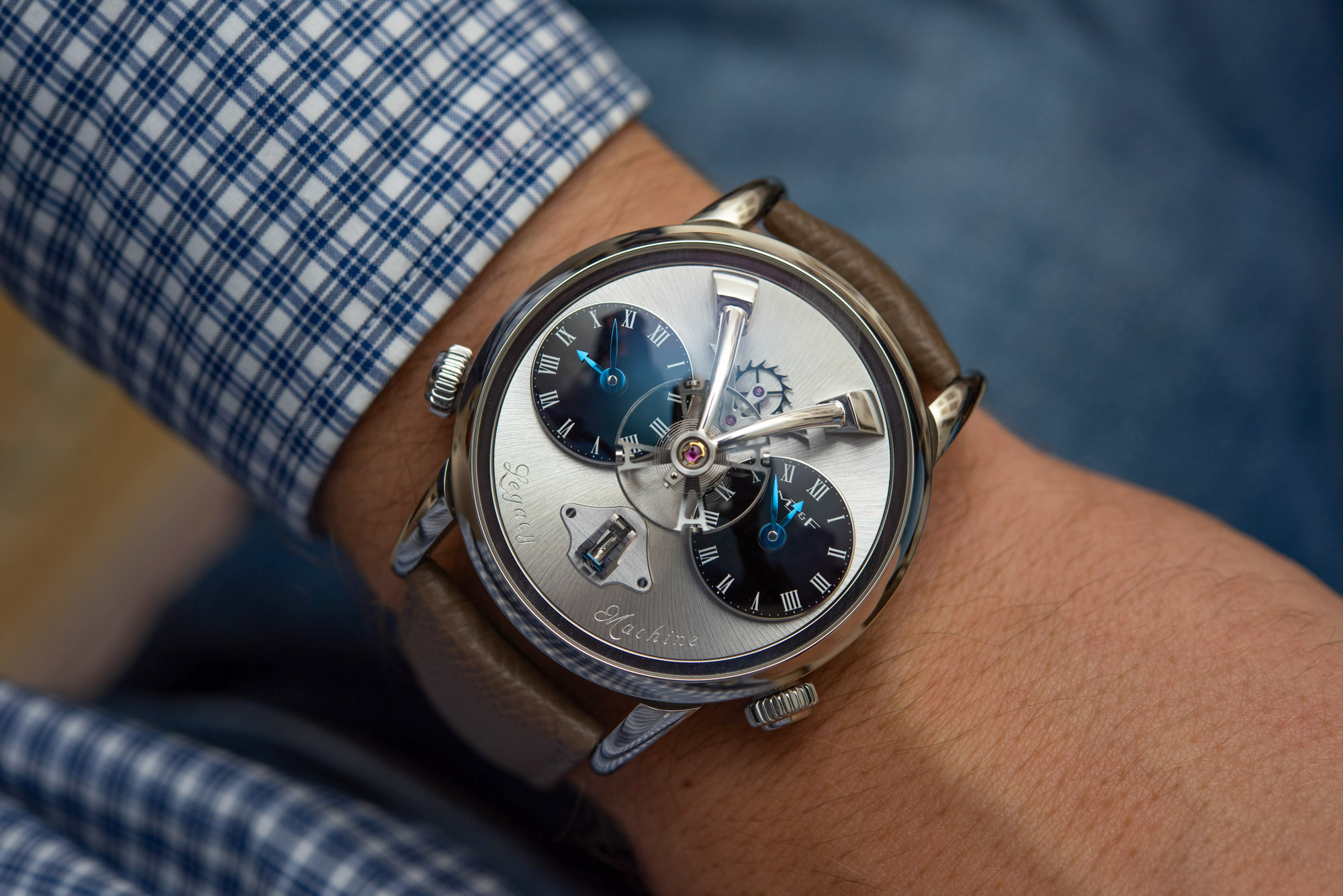 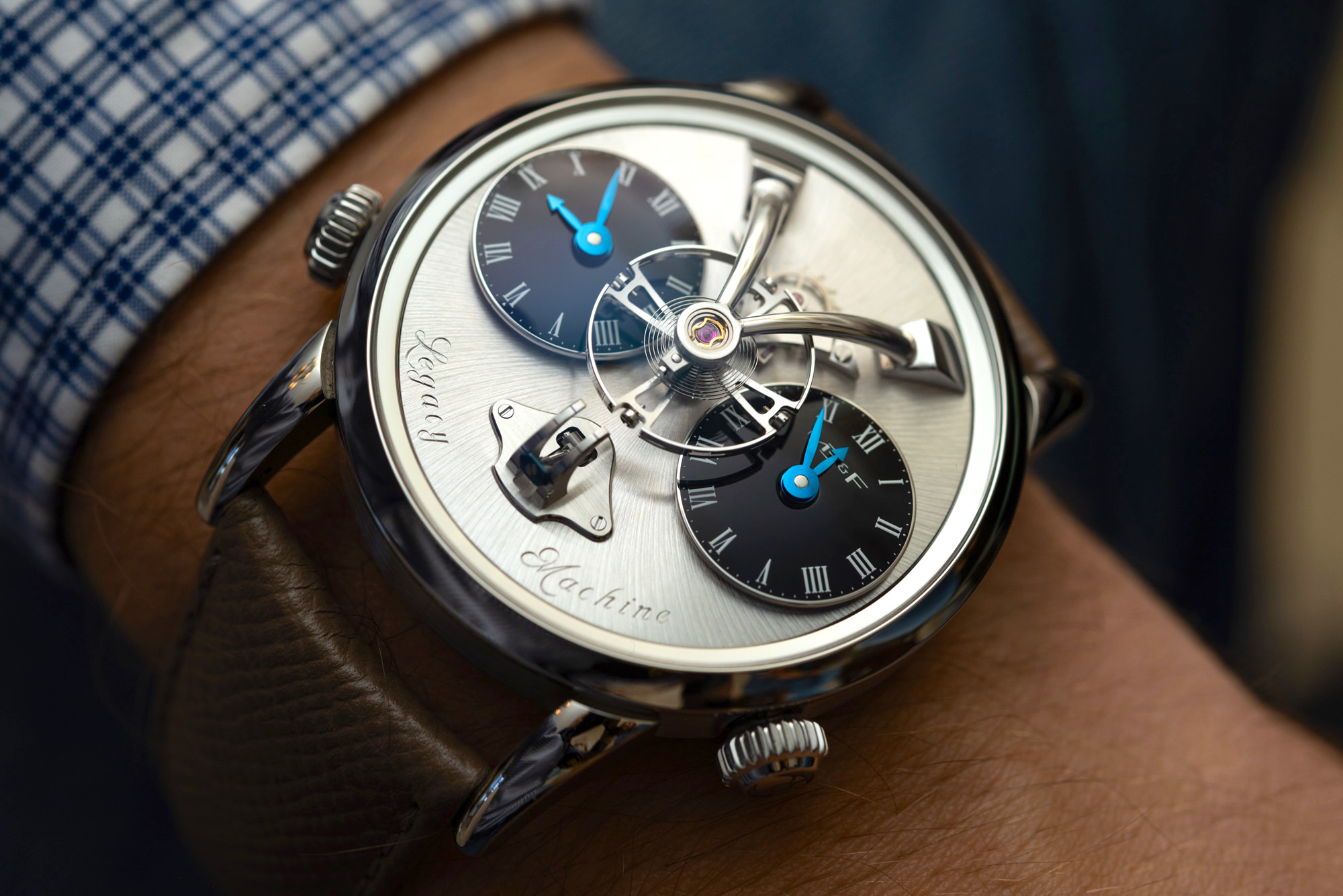 The MB&F Legacy Machine No.1 AKA “LM1” was a milestone for the brand when it was first released in 2011. Where previously the brand had exclusively produced the more conceptual and “out there” Horological Machines, the LM1 offered a more pared down and wearable experience that was still unlike anything else out there. The LM1 was discontinued back in 2017, but now we see a very rare early prototype being made available. On November 7th, the MB&F LM1 Longhorn pièce unique will be auctioned in Geneva by Phillips in association with Bacs & Russo. 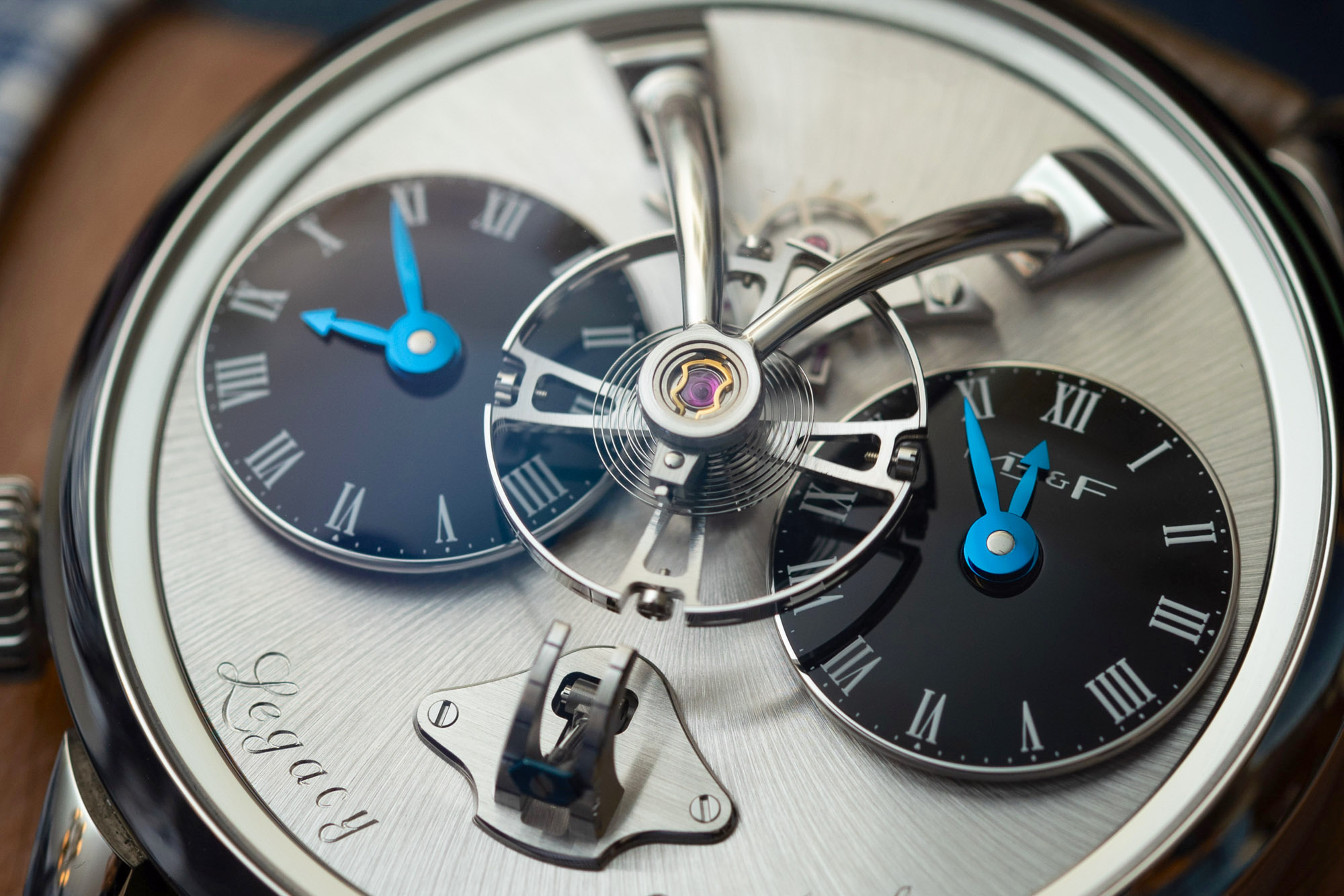 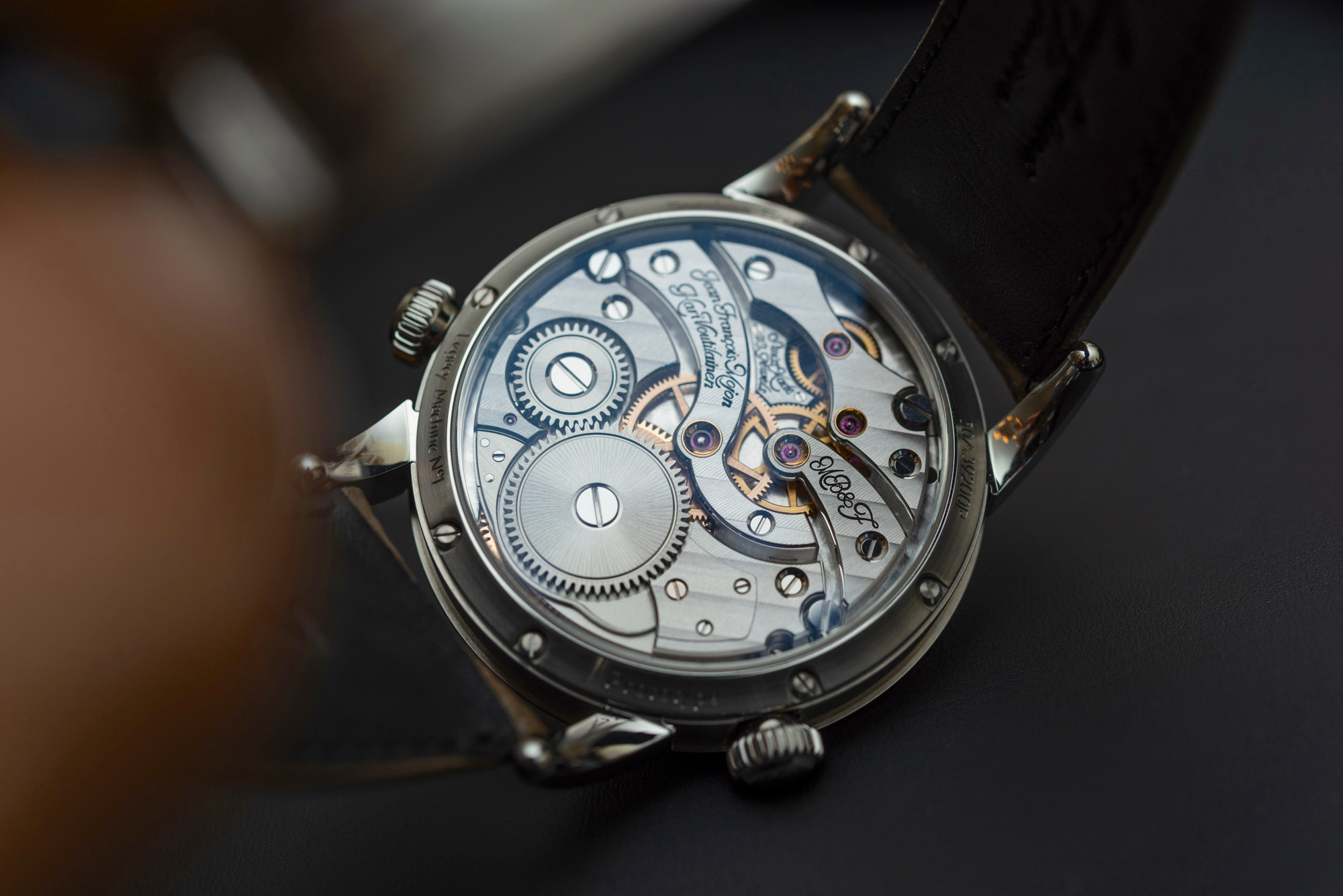 The “Longhorn” is one of the original prototypes of the LM1, which had a deservedly vaunted reputation during its production run from 2011-2017. It’s funny in 2021 to imagine a brand like MB&F having to restrain a design due to logistical issues, but that’s exactly what the LM1 Longhorn represents. As you can probably guess, the “Longhorn” moniker refers to the long lugs (or horns)  that Max Büsser and Eric Giroud envisioned for the LM1 but had to eventually abandon due to issues like whether to place the spring bar closer to the case or near the tip of the lug. It was a bit of a lose/lose proposition with the spring bar because, either way, they could result in an uncomfortable fit depending on one’s wrist size. 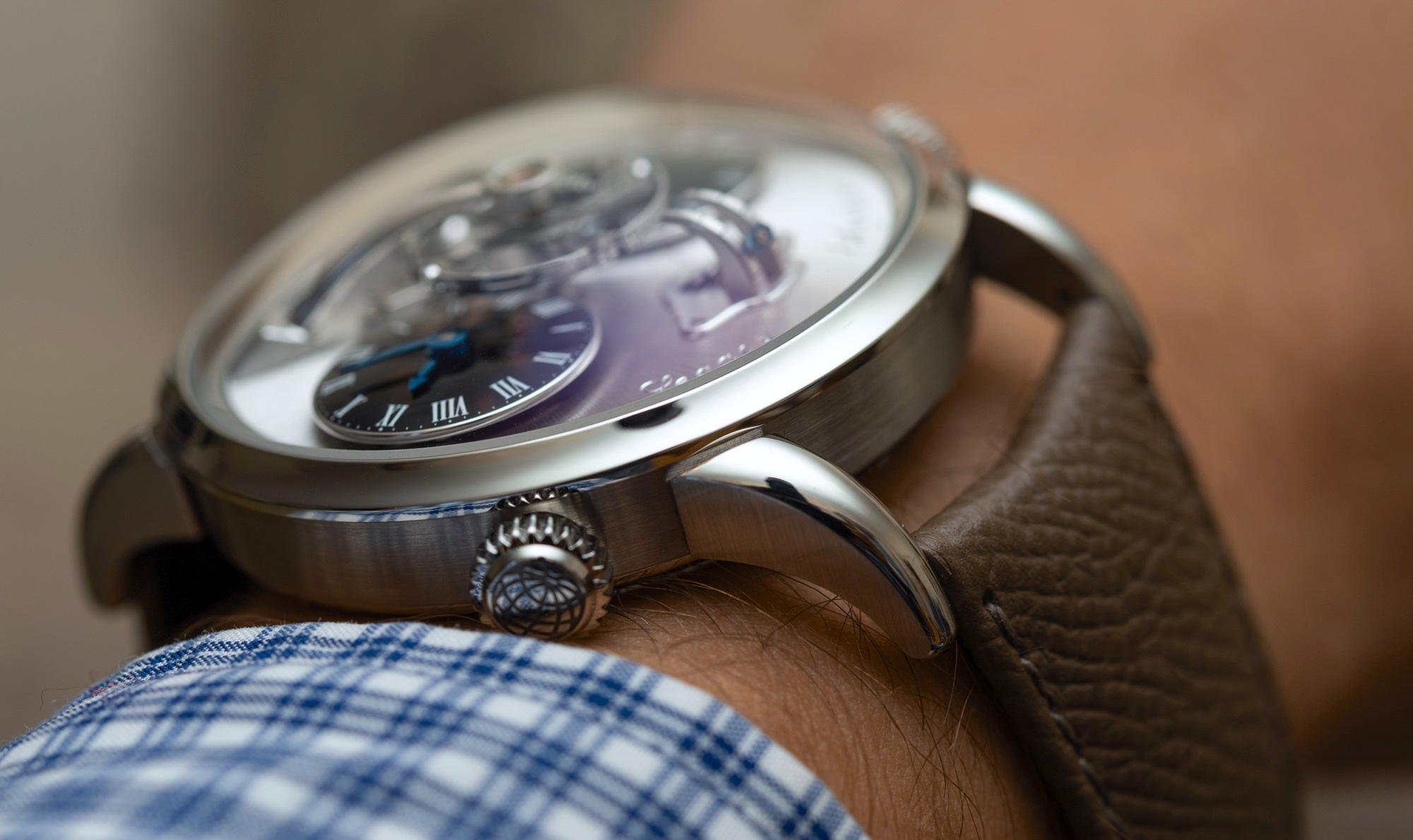 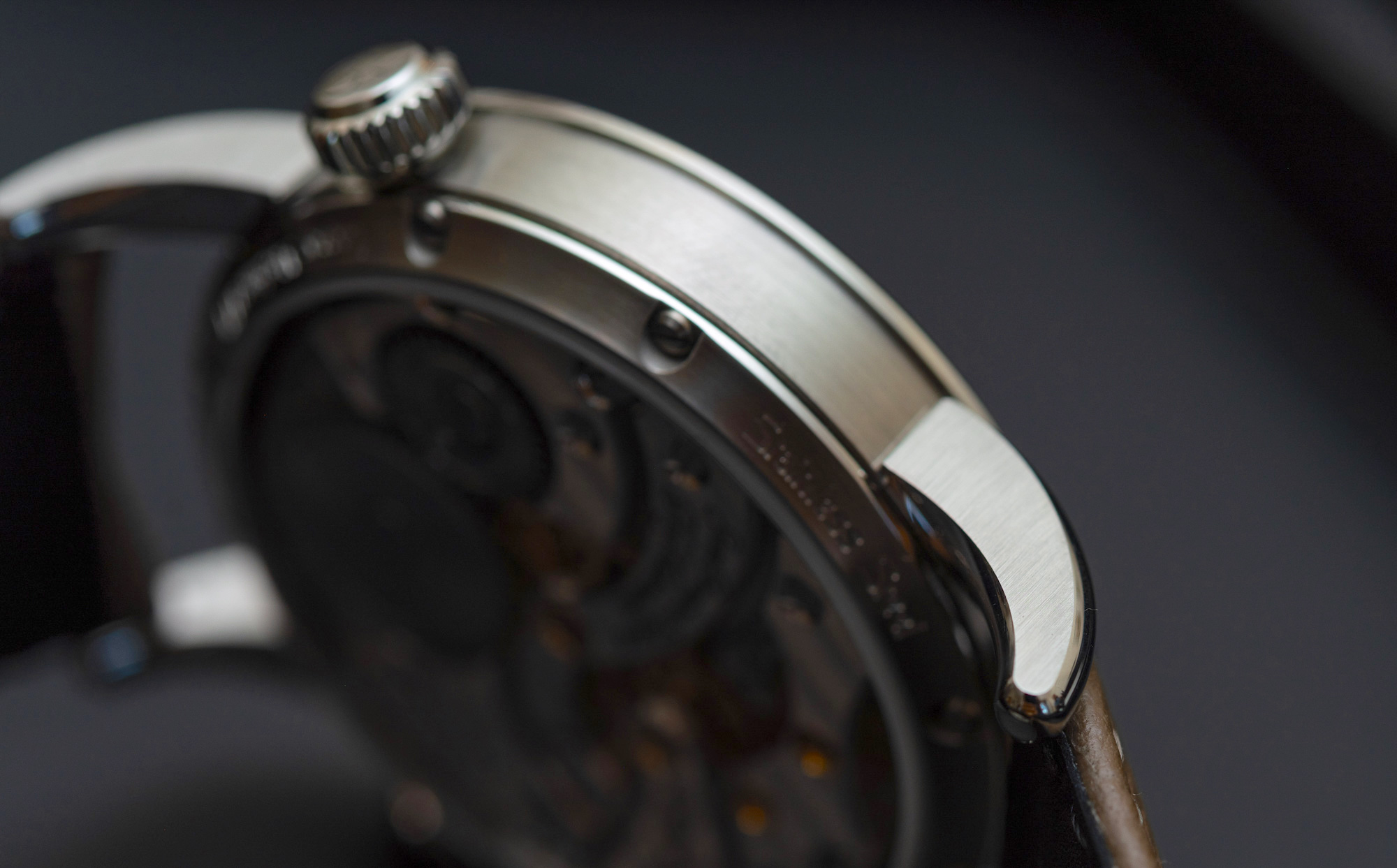 The solution, which came to Büsser years later, was comically simple. In his own words “During one of our recent brainstorming sessions I suddenly had the idea to drill two holes in the long horn for the spring bar – one hole at the tip of the horn and the other closer to the case – and then let the customer decide where he wants to put his strap. I don’t know why I didn’t think of this 10 years ago!”

So, now with two sets of drilled holes in the lugs, the original MB&F LM1 Longhorn has finally truly been completed a full decade later. 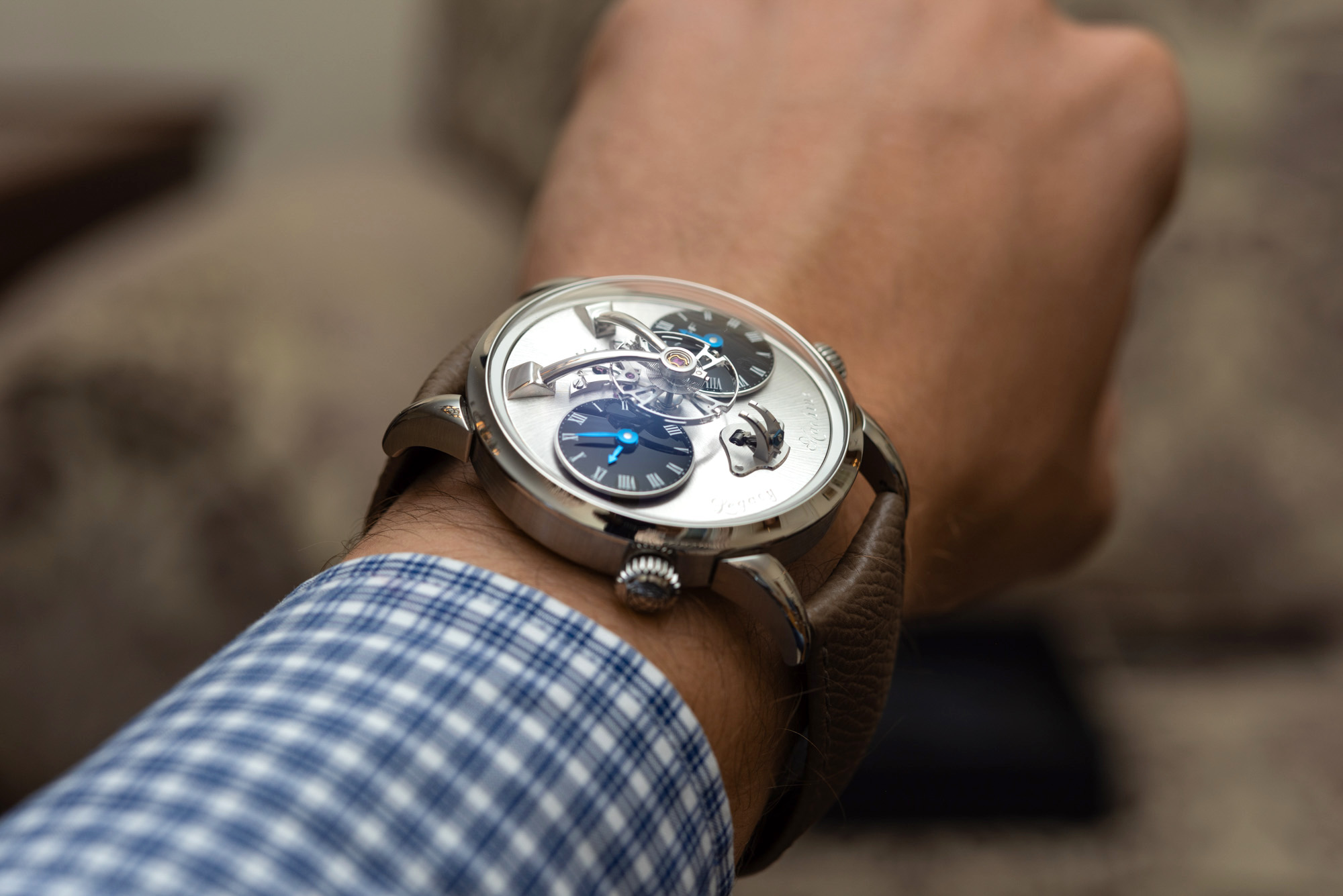 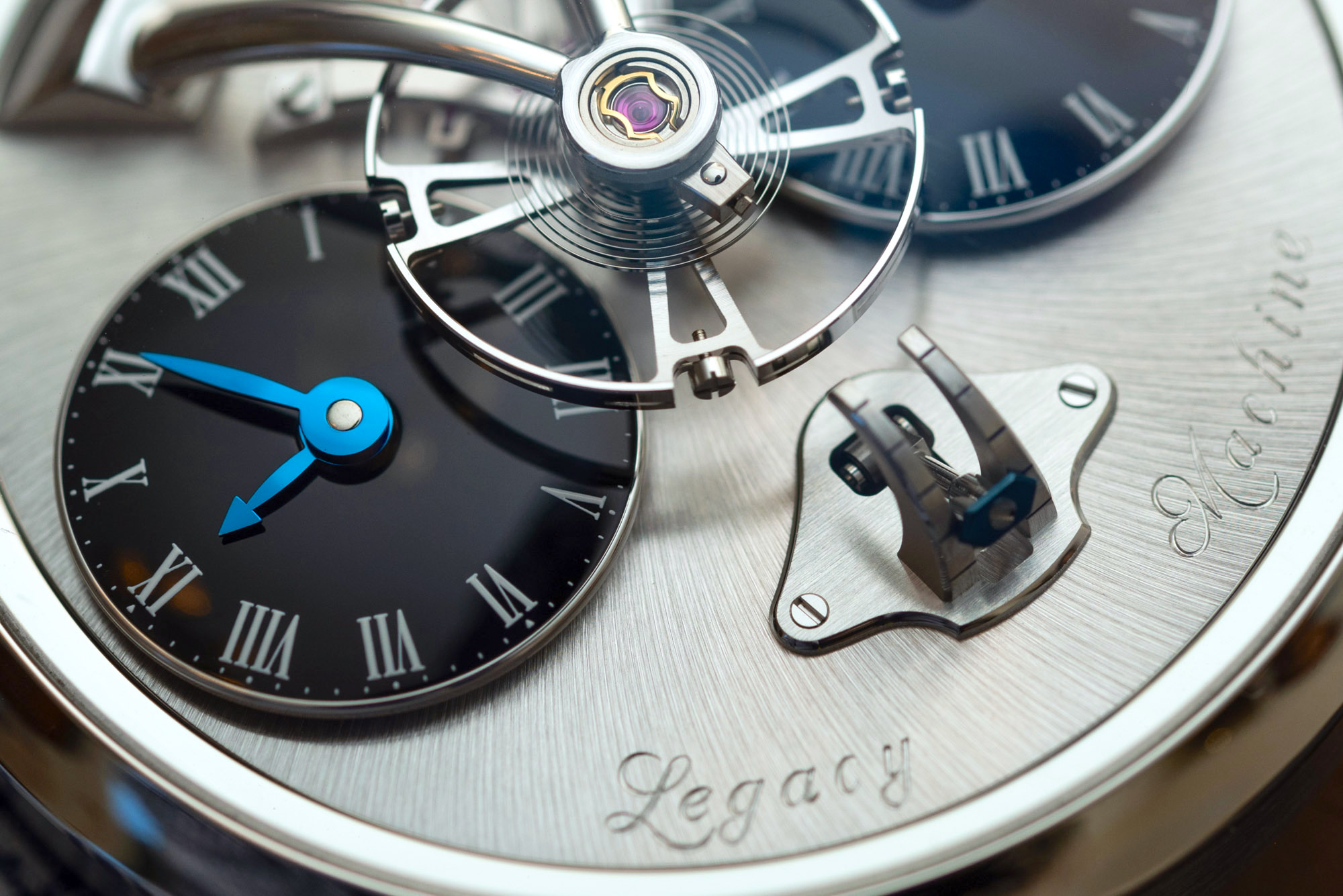 It’s not just the lugs that make this LM1 special amid an already rarified watch collection, though. Other than this Longhorn and the final 17 “Final Edition” pieces, all <500 produced LM1s had cases that were done in precious metals or titanium. Here, we see a stainless steel case matched with rhodium-plated base plate and a set of truly one-of-a-kind sub-dials done in a shiny black finish (as opposed to the white lacquer seen on other LM1s). 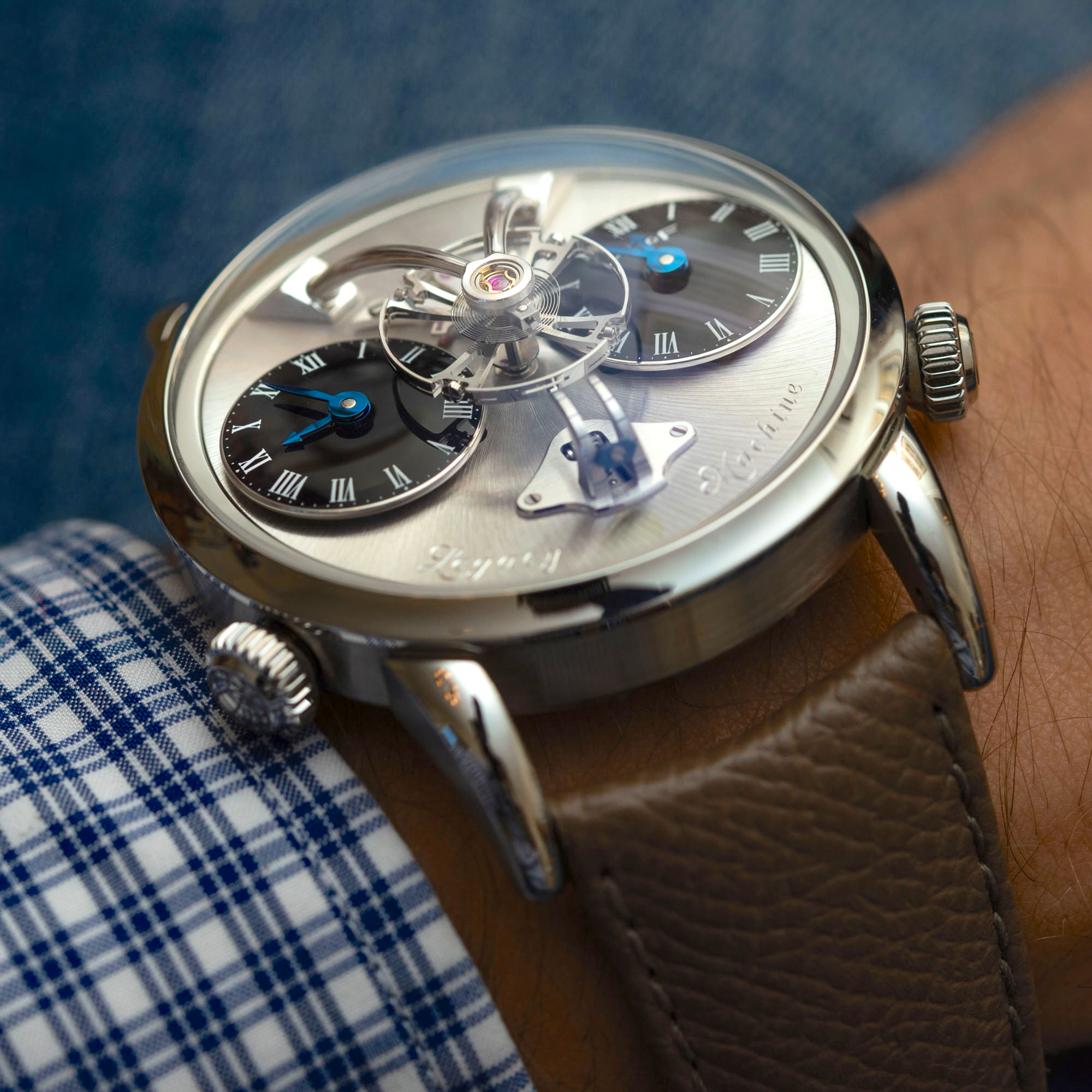 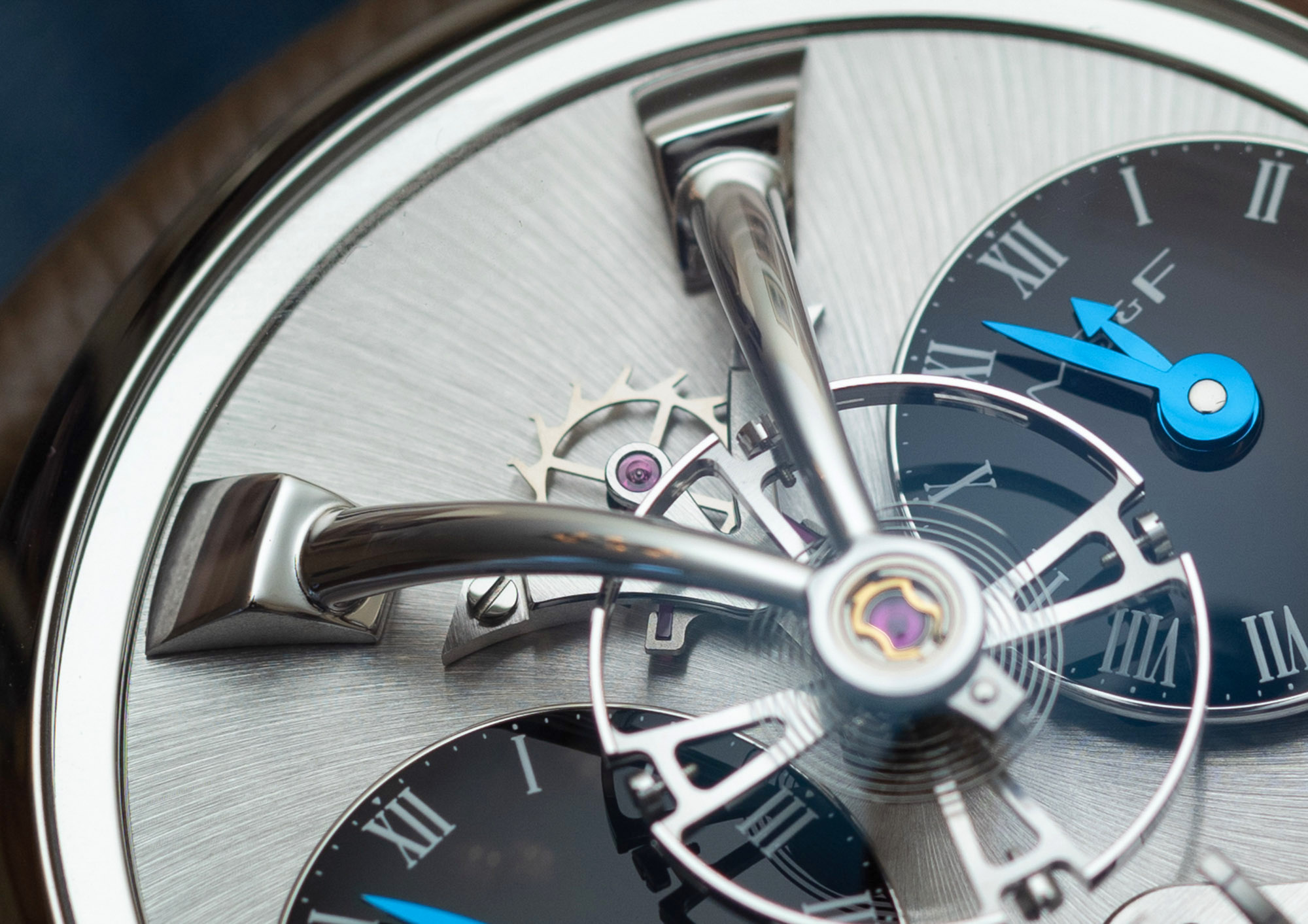 Otherwise, all the design choices that made the LM1 such a success are all present, including the two timezone subdials with that large 14mm-wide central balance wheel affixed to the wishbone-shaped arched bridge. It should be noted that MB&F changed out the old skeletonized “Eiffel Tower” bridge for the upgraded newer ones. I think this is a move where a change vastly outweighs any hard and fast (and, ultimately, arbitrary) adherence to authenticity.” 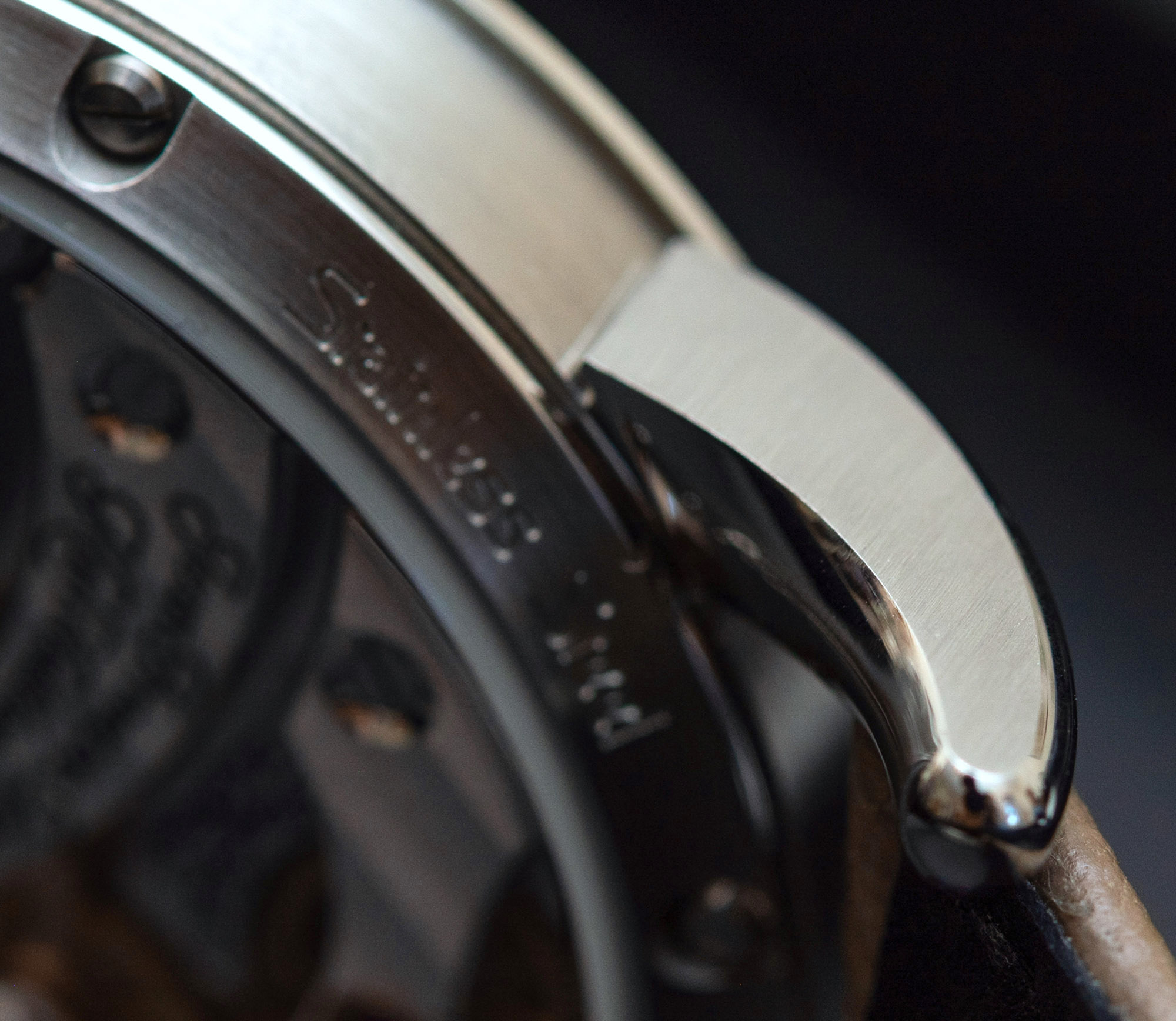 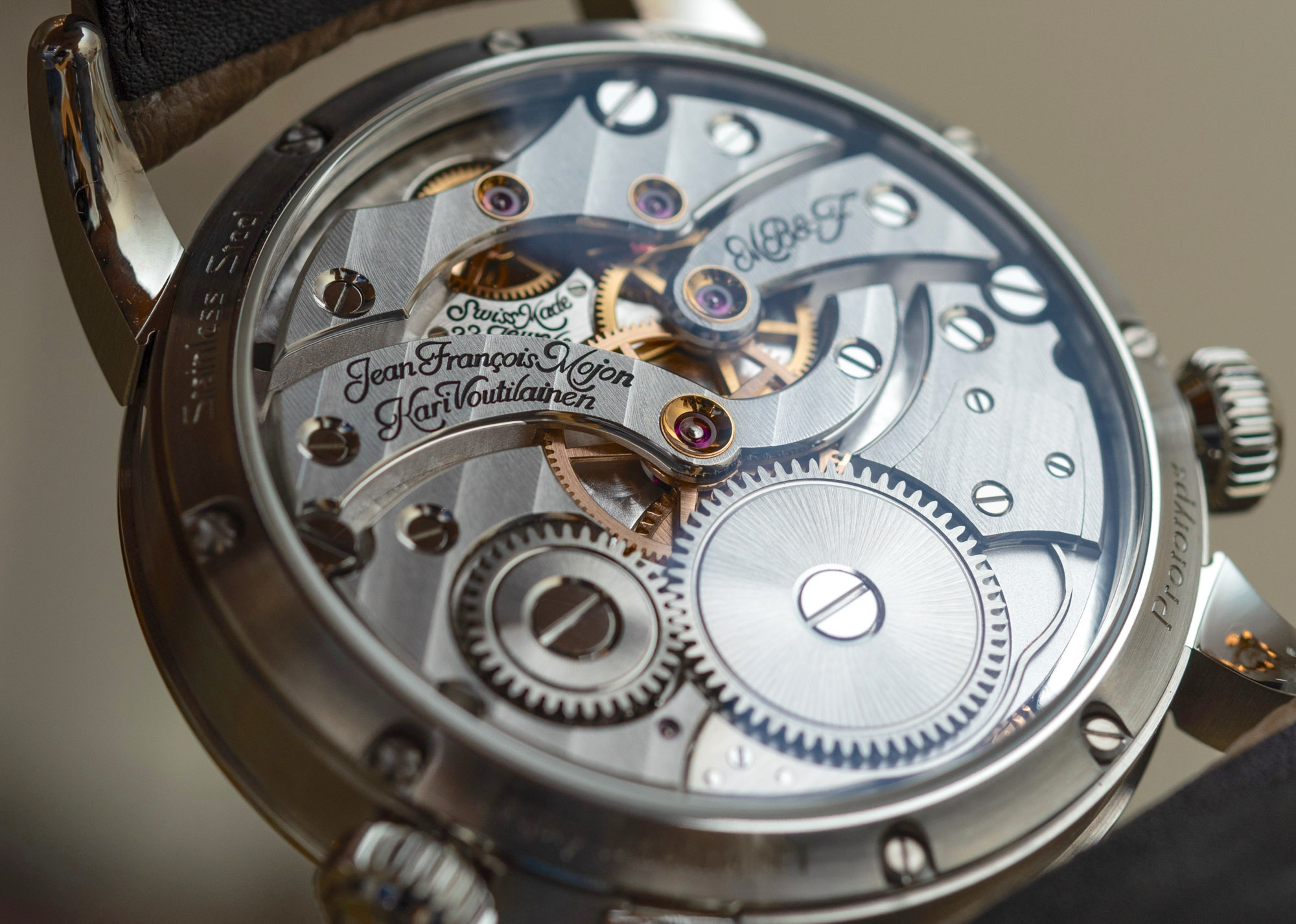 The 44mm-wide case is 16mm-thick, flanked by the two crowns for each of the subdials. Turning it over reveals that beautiful manual-wind three-dimensional movement that developed by MB&F in partnership with Chronode’s Jean-François Mojon and finished by Kari Voutilainen, with the names of both engraved into the movement. The movement is composed of 279 parts and operates at 18,000 vph with a 45-hour power reserve. 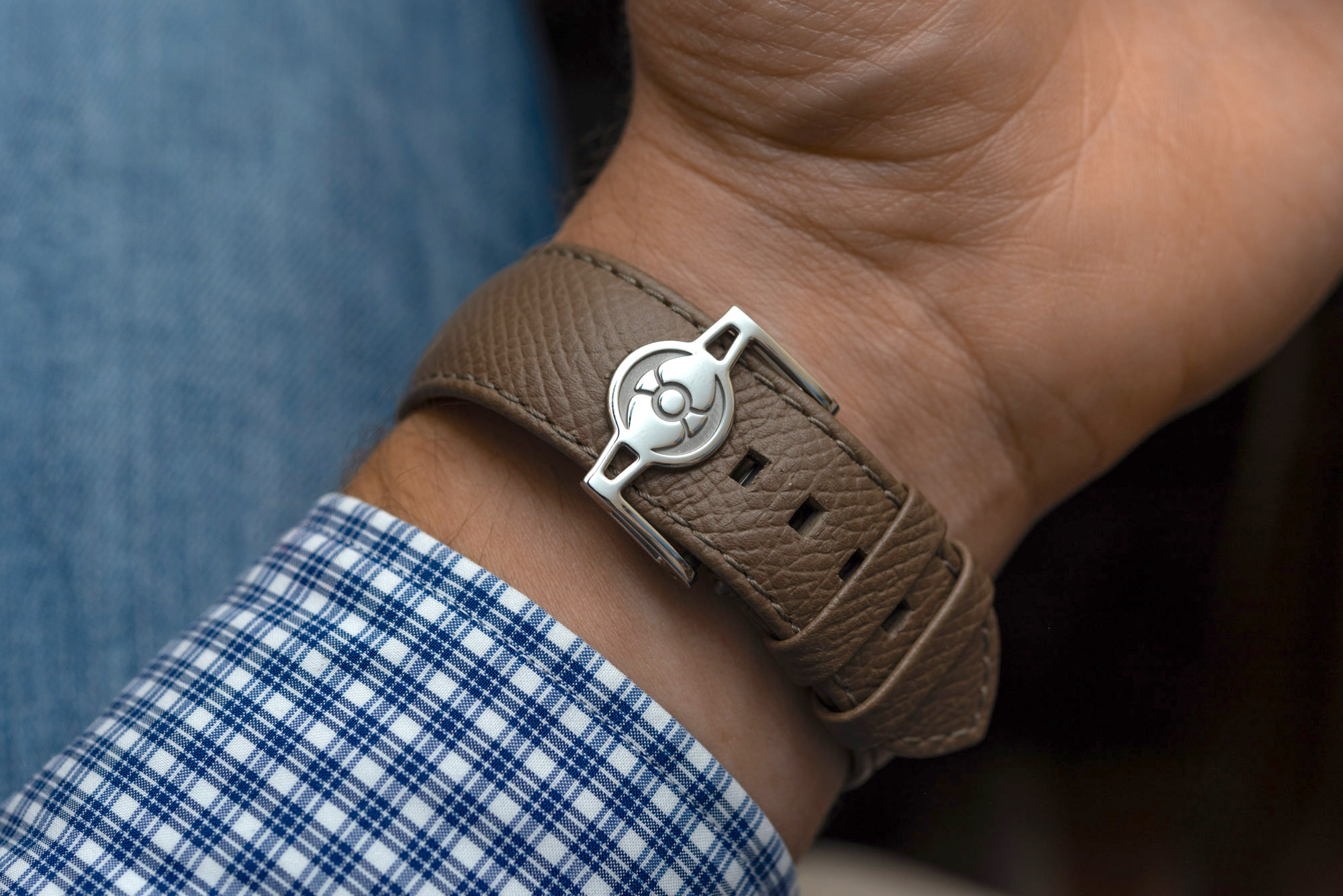 Again, the MB&F LM1 Longhorn is going on the auction block in Geneva on November 7th by Phillips in Association with Bacs & Russo with a “significant amount” of the proceeds being donated to Save The Rhino International (which you can learn more about at savetherhino.org). It will be interesting to see what the HM10 Panda goes for at Only Watch 2021, but I’ll definitely be keeping an eye on what this LM1 Longhorn ends up going for. You can learn more at mbandf.com.