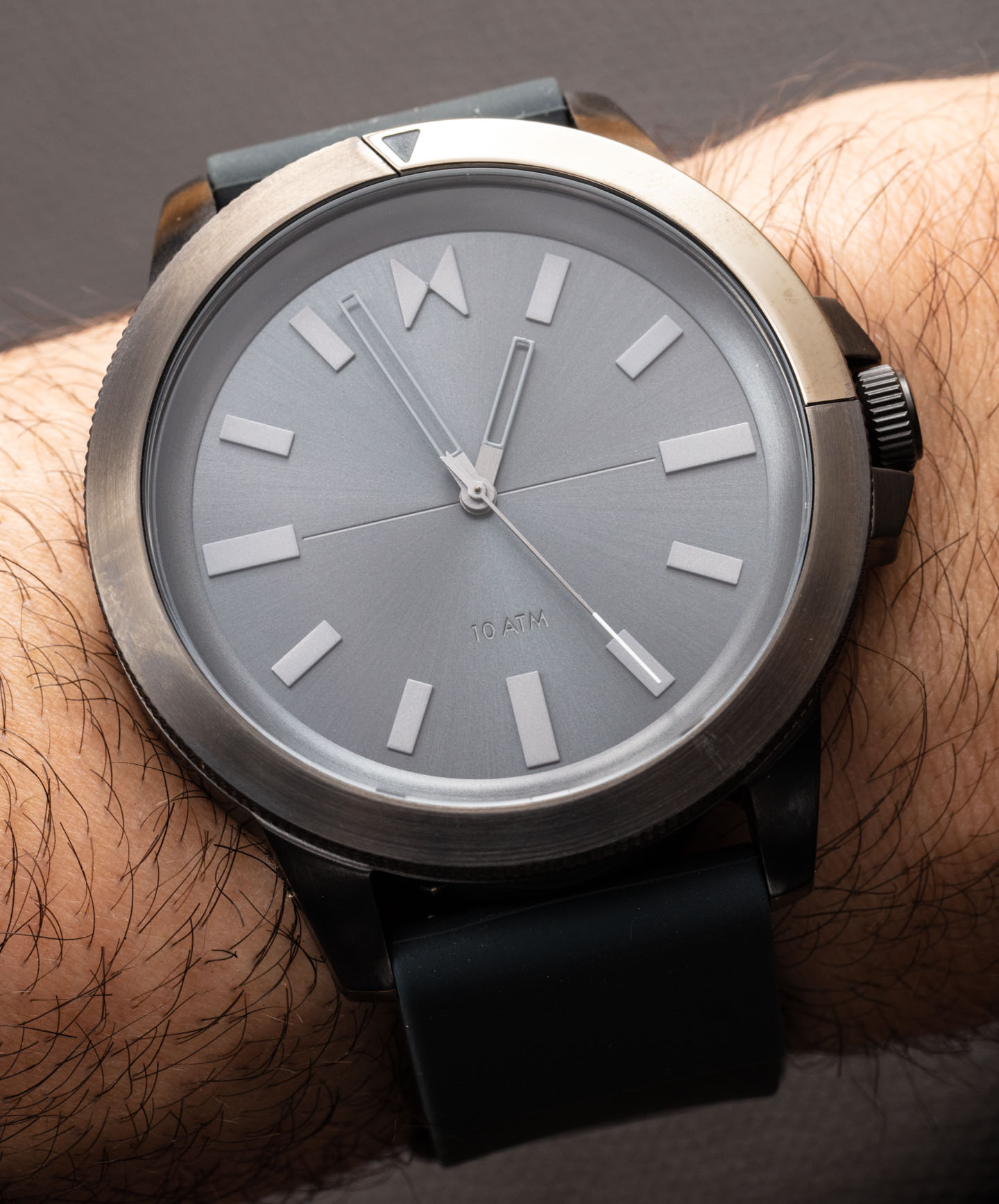 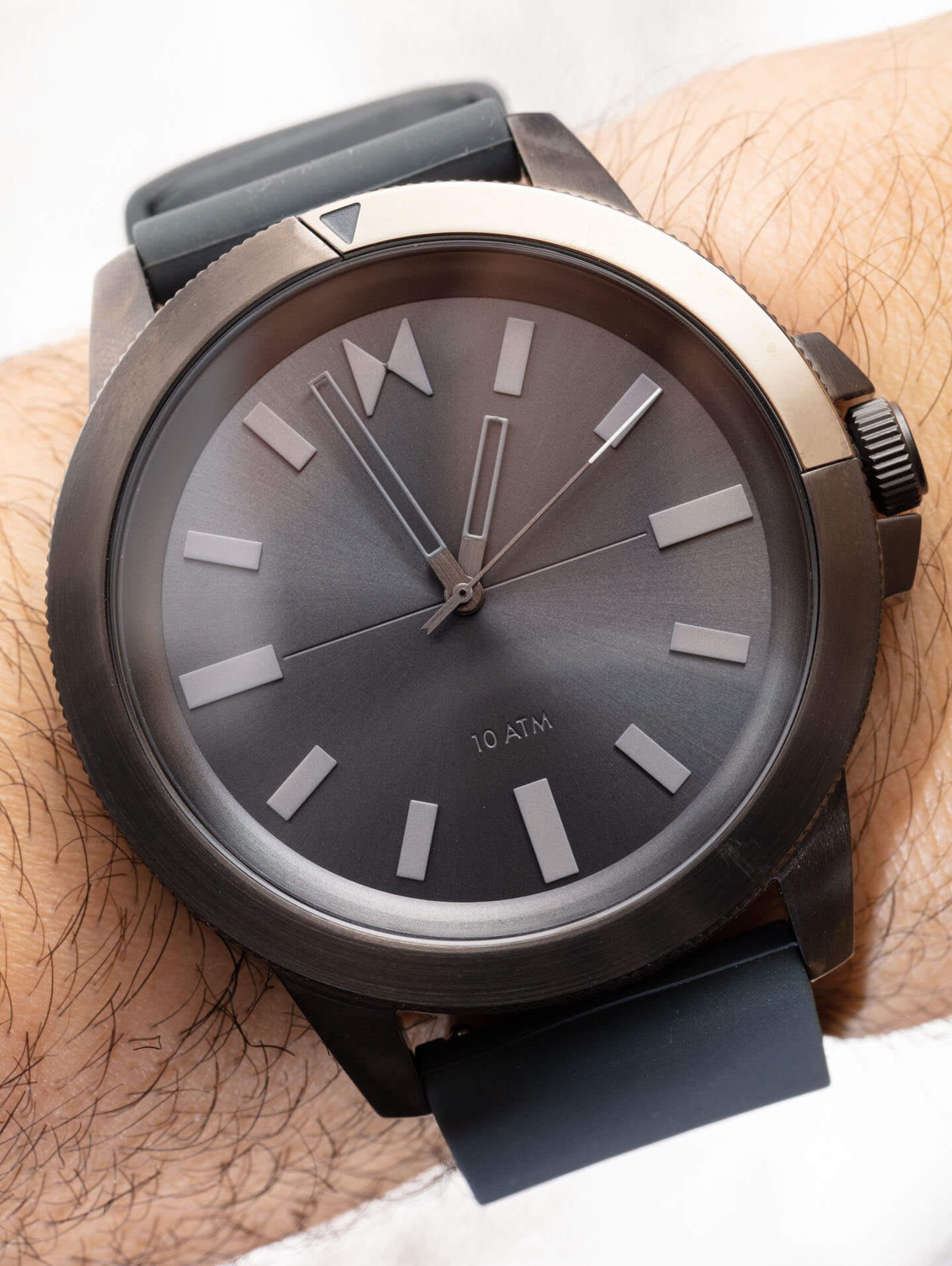 By my estimate, the Minimal Sport is the first major watch collection created and debuted by LA-based watchmaker MVMT after the company’s acquisition by U.S.-based Movado Group in 2018. Movado paid over $100 million for the company for its large customer base, slick social media-focused marketing, and ability to effectively reach young consumers in areas most traditional watchmakers struggle with. MVMT released its first mechanical watch with the Arc Automatic (aBlogtoWatch review here), but it was planned and designed prior to the Movado acquisition, as far as I am aware.

While not a watch enthusiast’s timepiece, given its basic nature and entry-level price point, the important thing about a product like the Minimal Sport is that it is the type of sports watch a lot of younger buyers are going to be first introduced to. Even though the MVMT brand is big on portraying an active, traveling lifestyle, its watches haven’t been designed as sports watches, per se — until now. Starting at $125, the Minimal Sport is the type of traditional analog timepiece that may very well be an important entry point for consumers who may graduate up to more interesting (and expensive) luxury timepieces. What is crucial to understand is that consumers must have a good experience at $125 with a timepiece if they are ever to spend $1,000 or $10,000 for a watch in the future. 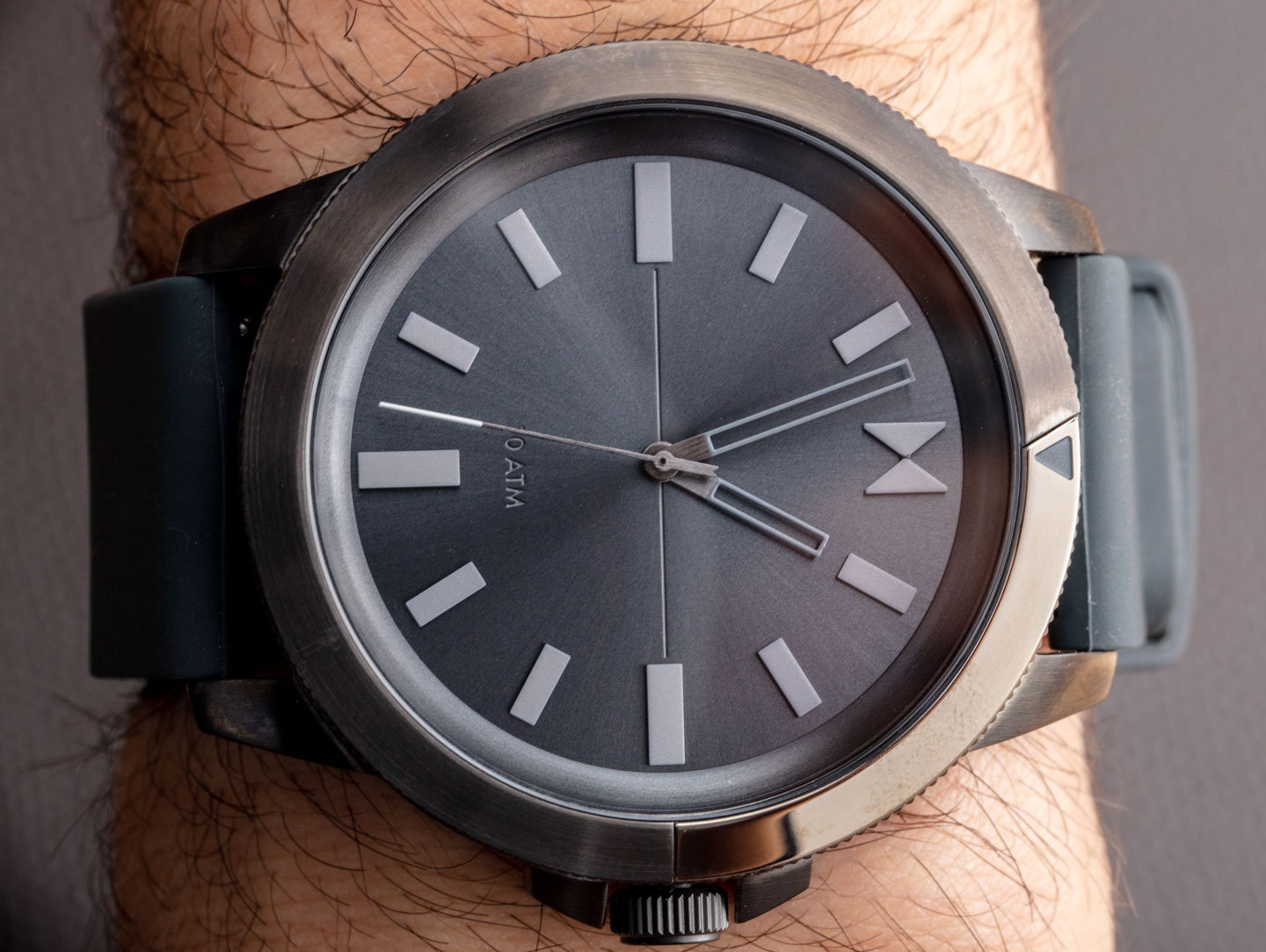 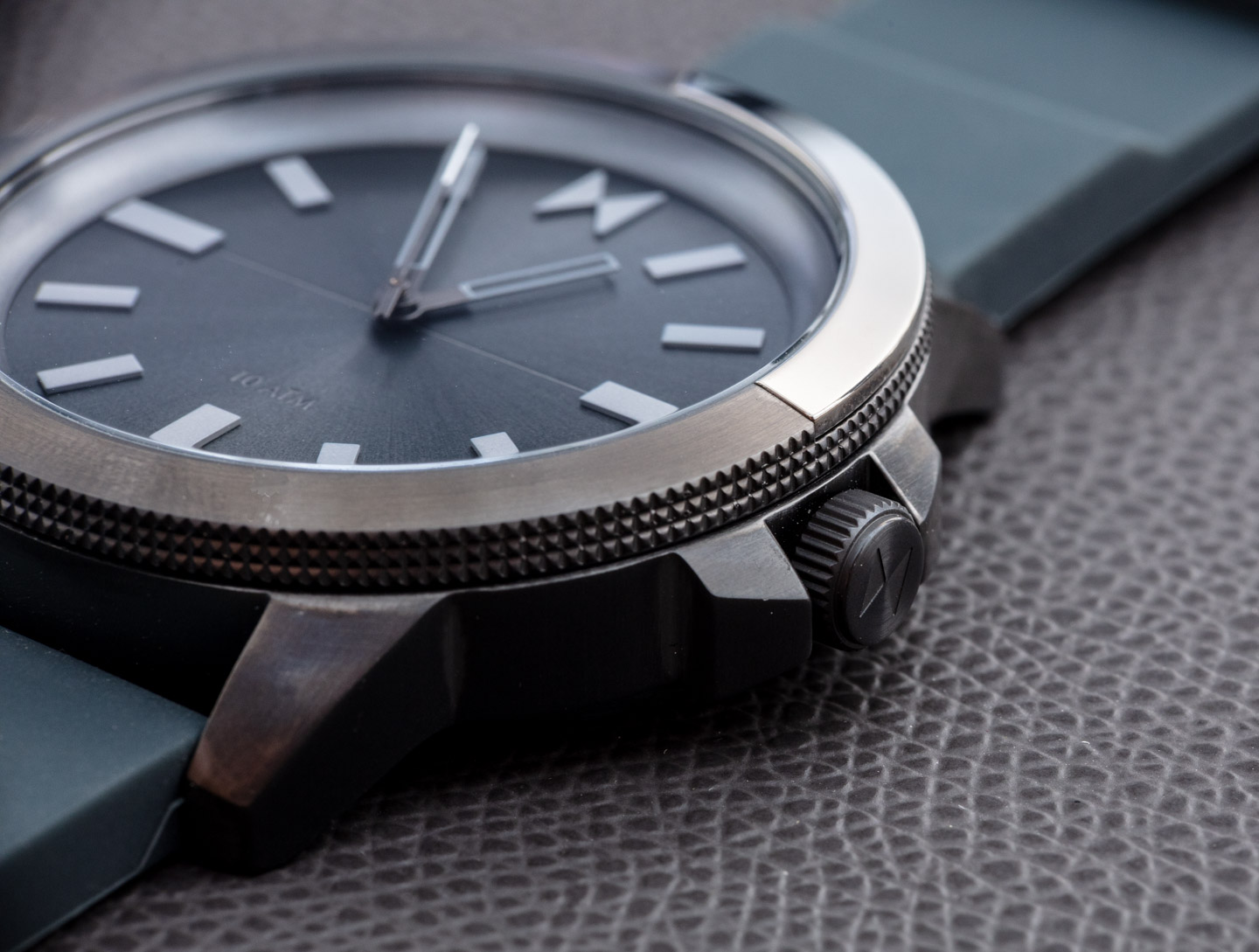 As promised by the name, the Minimal Sport is minimalist in design, so much so that most of the hands have been designed out. In fact, this presents the timepiece’s biggest problem because the incredibly skeletonized hands mixed with an absence of luminant (rare on a sports watch) means that the timepiece is slightly limited in its ability to be easily legible. That said, MVMT customers spend more time looking at their phones than their wristwatches, so incomplete legibility has never seemed to thwart sales.

The overall dial design itself is pleasant, somewhat sterile other than featuring the 10 atm (100 meters) water-resistance rating. The 12 o’clock hour marker serves as the brand identifier, given that it is the MVMT logo. Over the dial is a flat mineral crystal. The case is 45mm-wide and nicely sculpted, both comfortable on the wrist and sufficiently attractive. Around the dial is a uni-directional clicking rotating bezel that works better than most at this price range. Inside the watch is a Japanese Miyota quartz movement. 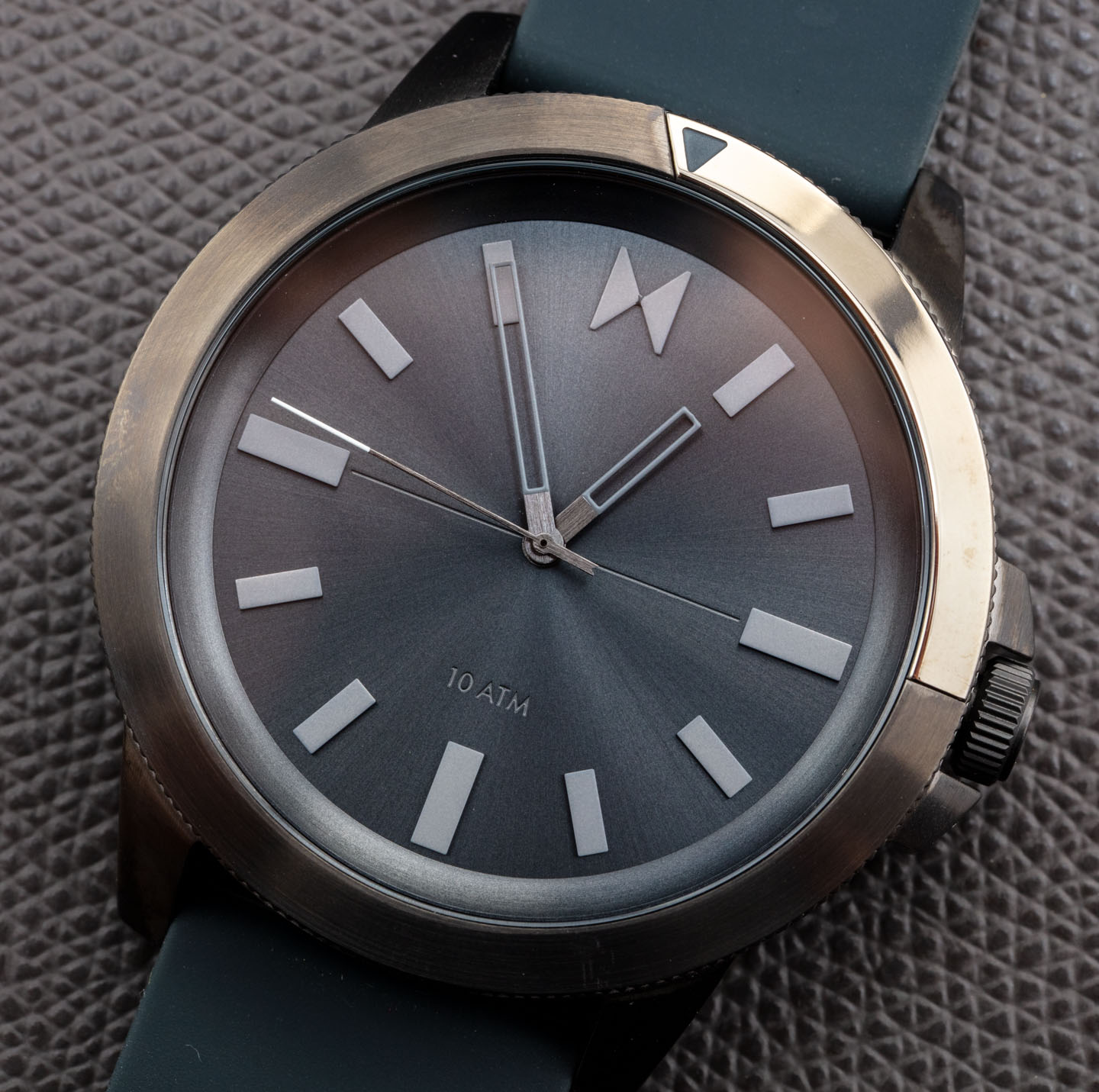 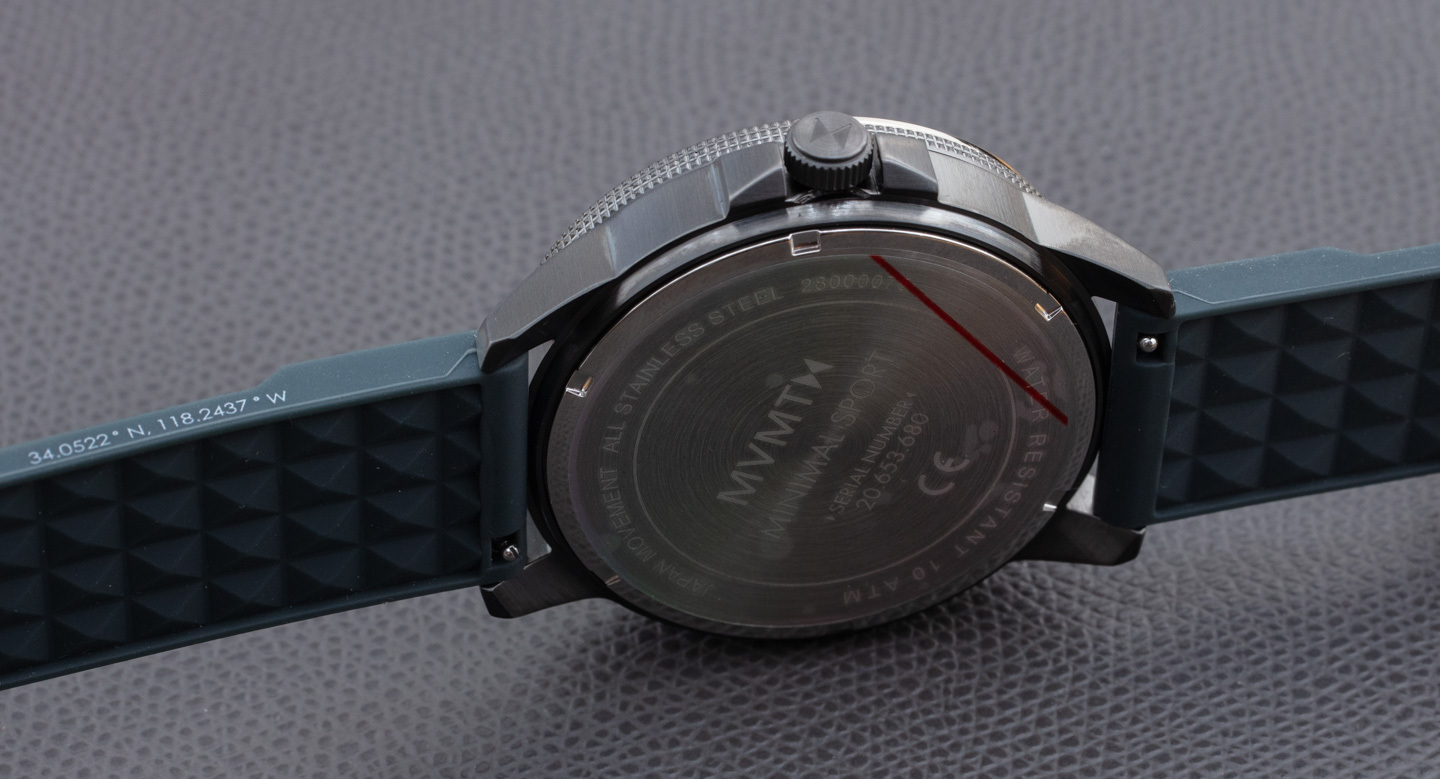 MVMT debuts the  Minimal Sport in at least six styles, and intelligently gives each of the colors its own sexy-sounding name. This is one of the smarter things the brand did, having the awareness that each distinct piece needs personality via an actual name, not just letters and numbers. The particular Minimal Sport watch I am wearing is the “Caspian Black,” and others include the “Red Sea, Pacific Mist, Adriatic Black, Baltic Blue, and Arctic Ice.”

MVMT further offers some versions of the Minimal Sport on this actually nice silicone strap, and others on a matching steel metal bracelet (for just $20 more). The Minimal Sport is certainly a step in a marketable direction for MVMT, and I think it can do well with its audience. The watch is priced similar to other MVMT watches and offers the same minimalist theme but with a new look. That means the company is specifically targeting many of its existing customers, whom MVMT probably feels will purchase the Minimal Sport provided they make an interesting marketing push. 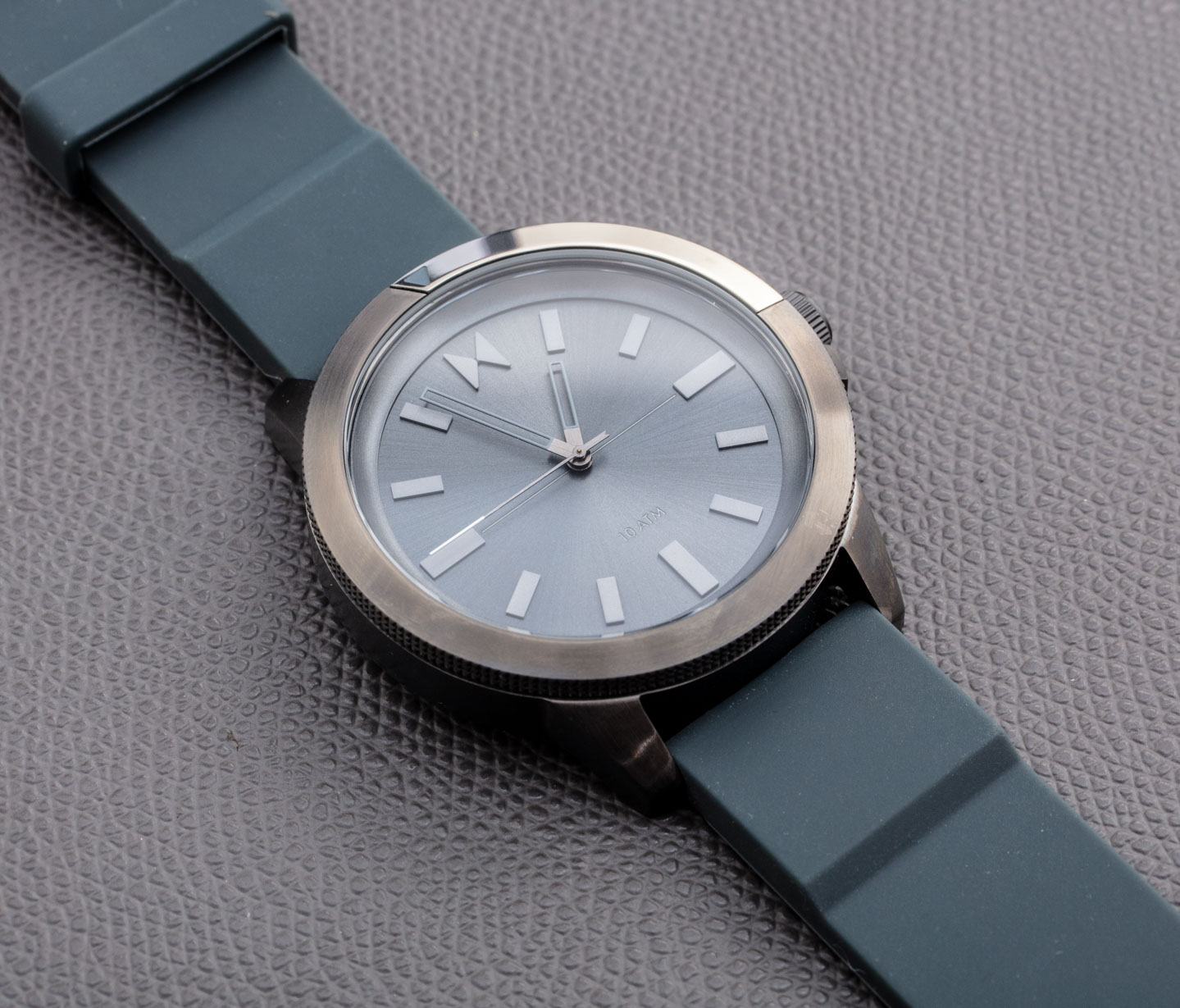 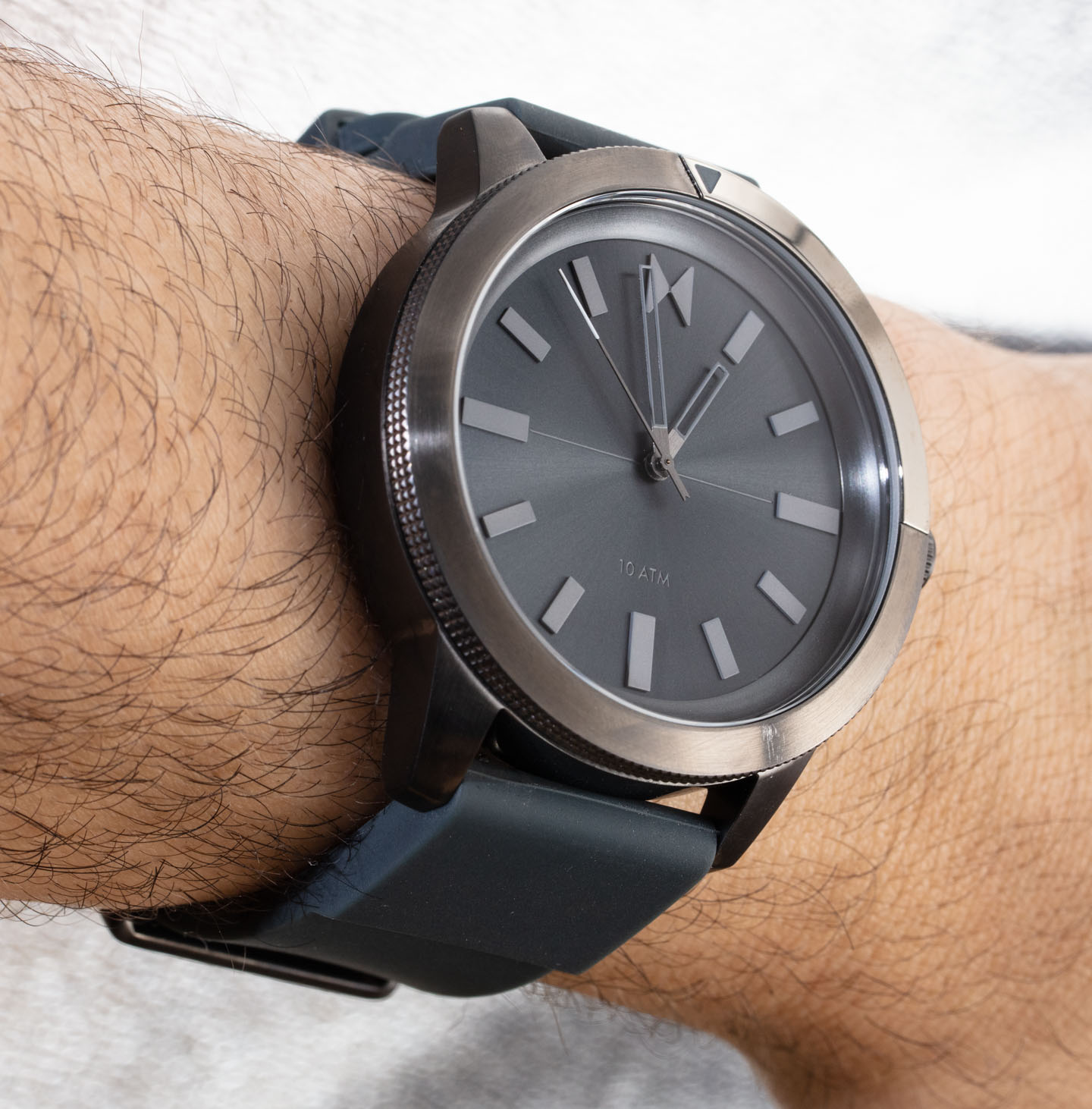 On that note, MVMT is attaching a trendy charitable angle to the launch of the Minimal Sport collection — 1% of sales (about $1.25 per watch sold). The charity being funded is called 1% For the Planet, but apparently, the first charity that will be funded is the Surfrider Foundation L.A. Personally, I don’t buy watches or any products as a function of charities that a brand might donate to. But I’m not part of the 20-something demographic that is still the mainstay of MVMT customers.

Movado was wise to invest in a brand that understands the mentality of a large percentage (not all, of course) of today’s young-adult customers. Movado, however, has yet to implement MVMT lessons at other brands (for now, at least). Price for the MVMT Minimal Sport is $125 USD on a strap and $145 USD on a bracelet. Learn more or order at the MVMT website here.