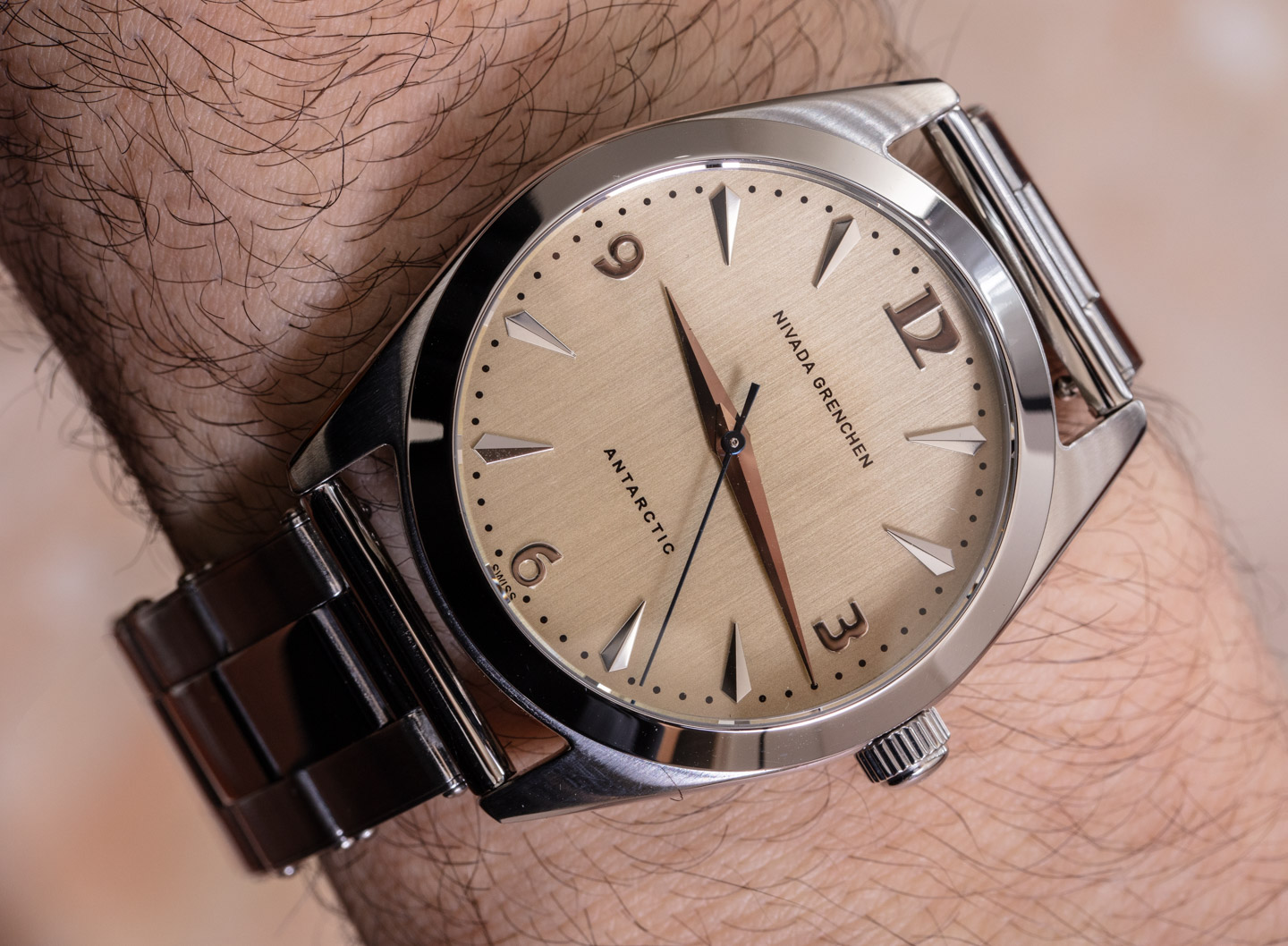 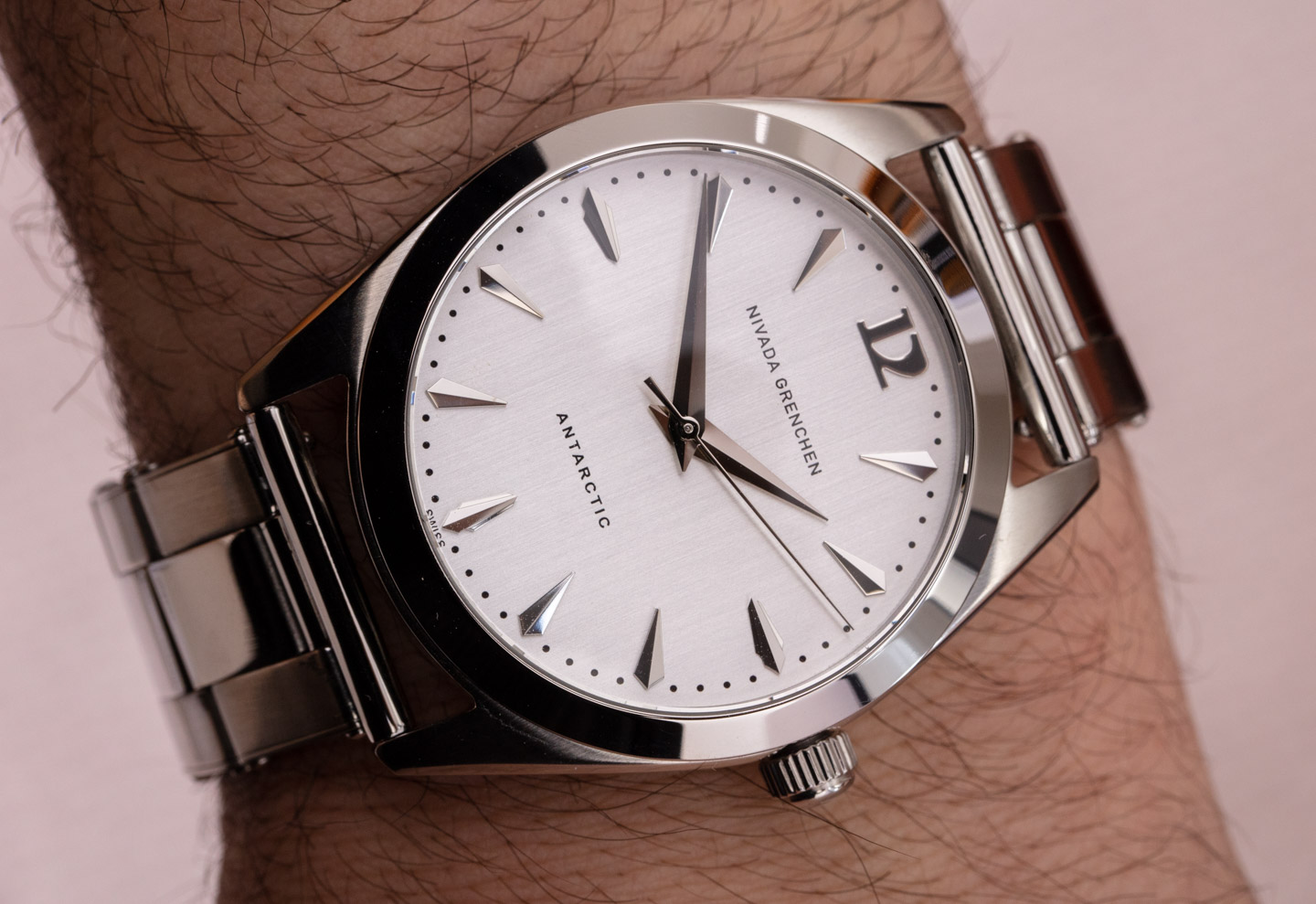 If you’ve been following the vintage watch market, even peripherally, it’s been impossible to ignore the skyrocketing prices. Sure, there’s always been a market for vintage pieces from the big Swiss brands — Rolex, Omega, Zenith, etc. — but as those watches became more and more unattainable, savvy collectors looked to the darker, dustier corners of the vintage market to unearth some underrated beauties from the past. Among those gems are watches from the multitudinous victims of the quartz crisis — brands that made quality automatic and manual-wind watches but were unable to compete when inexpensive, accurate quartz watches began dominating the market. Yet, even those gems from long-extinct brands were rapidly mined with prices soaring as these historic pieces were unearthed and rediscovered by the vintage market. 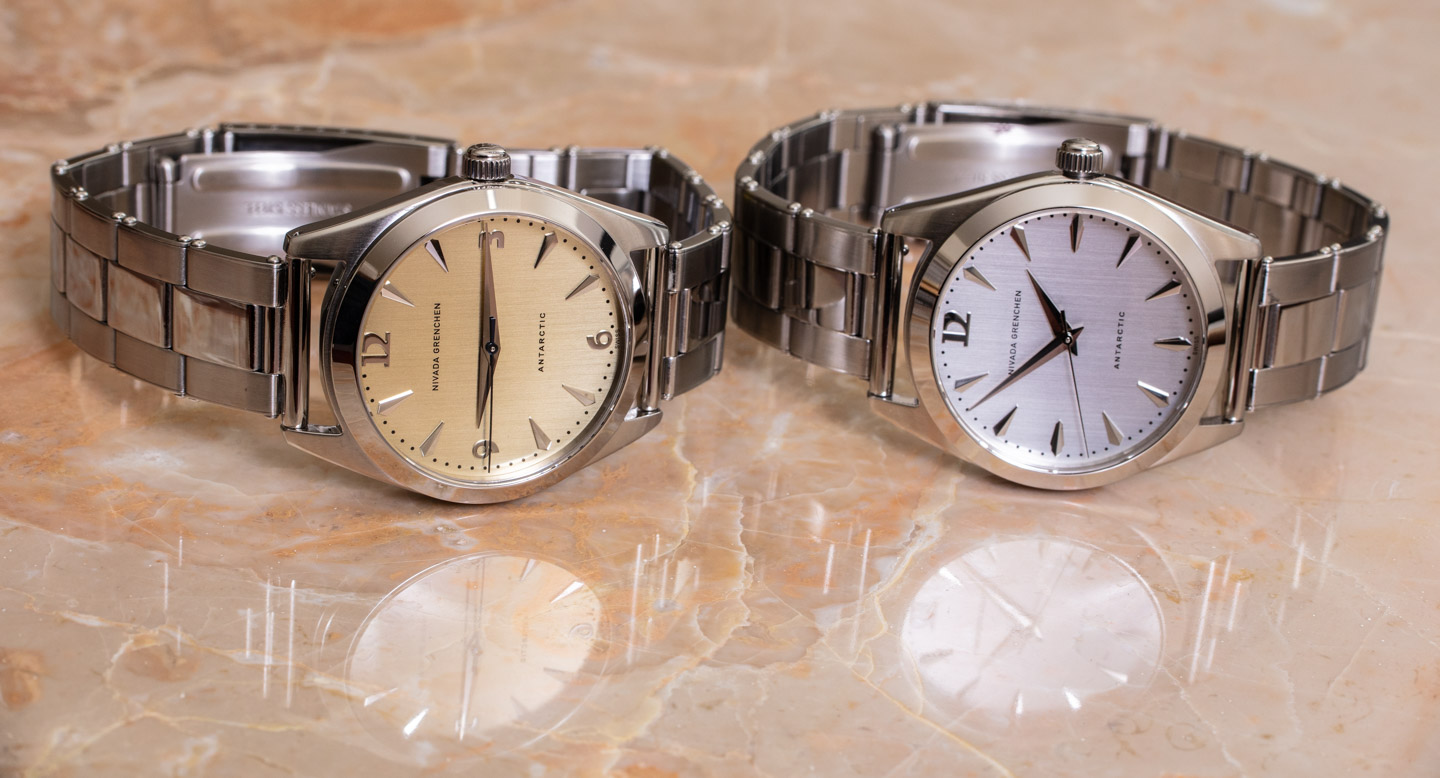 Capitalizing on the renewed interest in vintage (and vintage-inspired) watches, some of these long-defunct brands, such as Nivada Grenchen, have been resurrected and begun to produce re-issues of heritage pieces from their lineup. And let’s face it, as enjoyable as it can be to collect vintage watches, not everyone is interested in the challenges that come with the process and want a robust, reliable watch with all the modern accouterments (sapphire crystal, high water resistance, modern movement). That is exactly what Nivada has produced in its re-issue of the Nivada Antarctic.

First produced in 1950, the Nivada Antarctic was the brand’s first automatic, water-resistant wristwatch and was designed to accompany members of the American Navy’s Deep Freeze 1 expedition to the South Pole that took place in 1955-1956. If the aesthetics of Nivada Antarctic and the connection to frigid-weather exploration seem to ring some familiar bells and make you think of the Rolex Explorer, you’re not far off the mark. It was only two years earlier, in 1953, that Sir Edmund Hillary and Tenzing Norgay made the first ascent of Everest. Sure, Amundsen had already reached the South Pole in 1911, so the Deep Freeze expedition doesn’t have the same cachet, but just like the Rolex Explorer (OK, the Oyster Perpetual that would later become the Explorer), the Nivada Antarctic was purpose-built for extreme conditions. 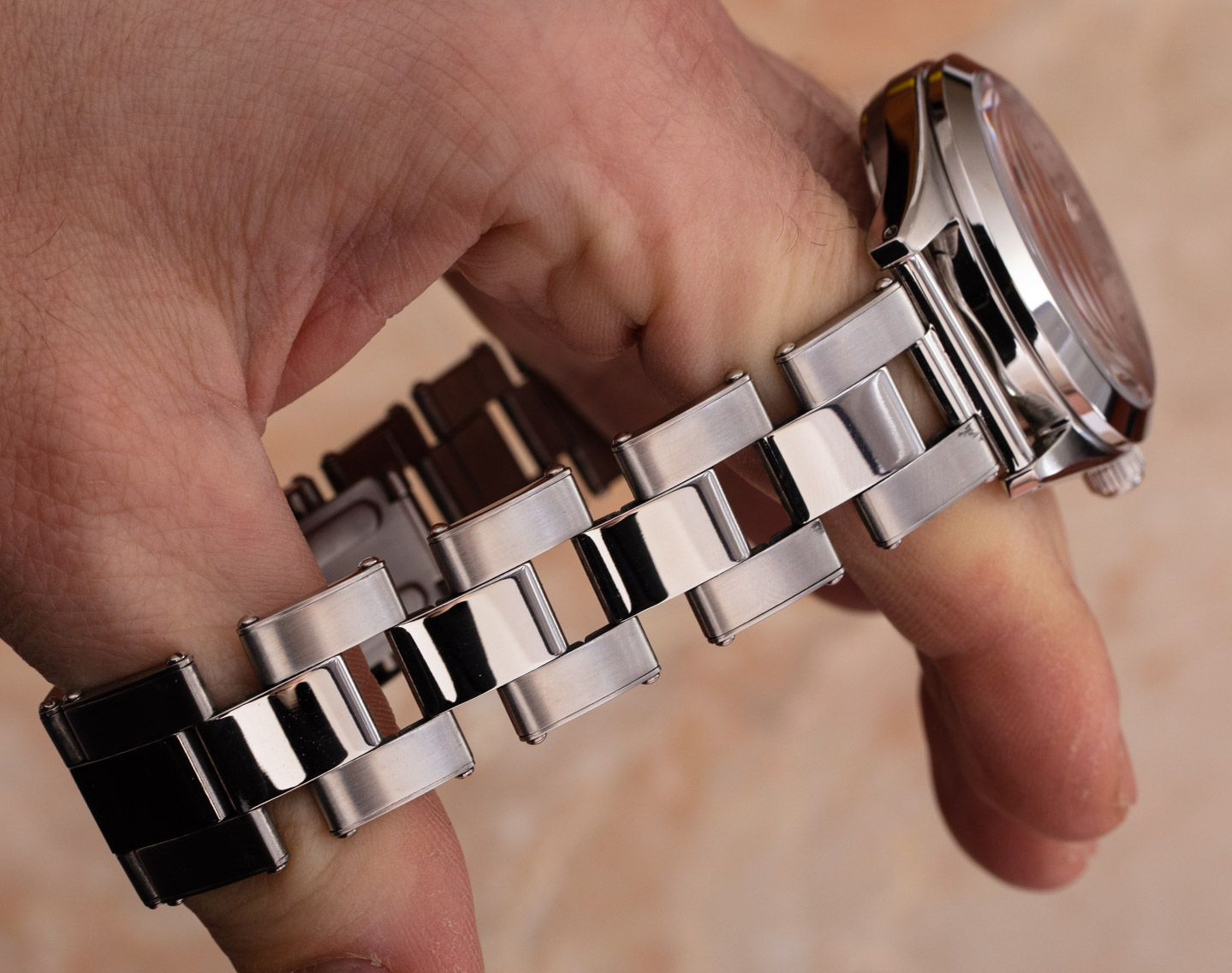 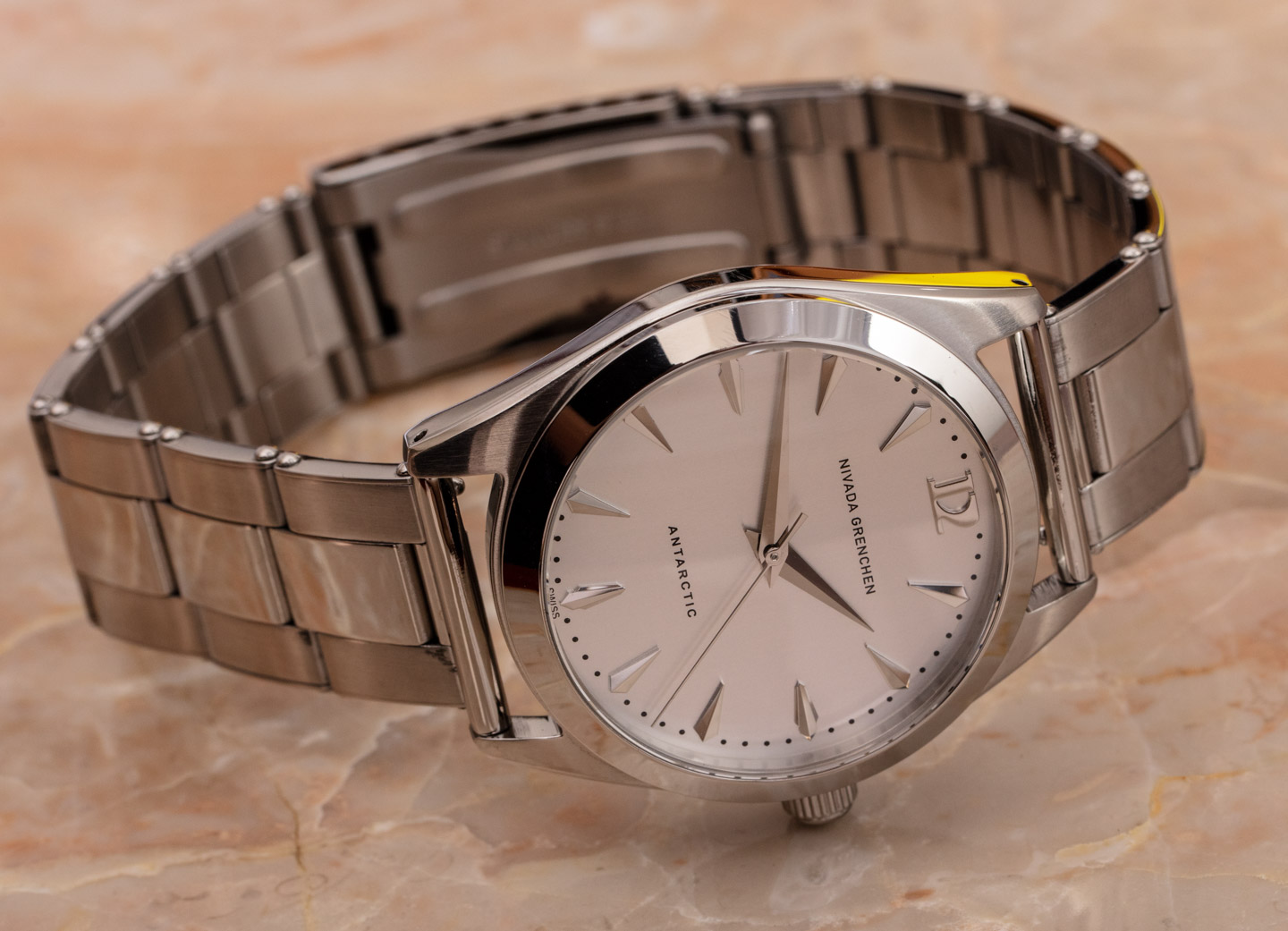 Though the Nivada Antarctic retains most of the stylistic cues of the original, it does up the size from 34mm to a more modern 38mm — a size that should work for a large range of wrists, yet retains a bit of that vintage charm. Add to that a modest 11.5mm case height, curved lugs, and 20mm lug width, and the dimensions are spot-on for this vintage re-issue. The stainless steel case features a mix of brushed and polished surfaces,  with bevelling and sharp lines adding visual interest and keeping the case from looking utilitarian. Flip the watch over and you’re greeted with a deeply engraved golden inlay on the caseback that pays tribute to the Deep Freeze Expedition. It’s a charming touch. Keeping the watch running is the Sellita SW200-1 automatic movement, a Swiss clone of the ETA 2824-2 that features 28.8kbph, a 38-hour power reserve, and a date function — certainly a solid choice of movement at the sub-$1,000 price point. 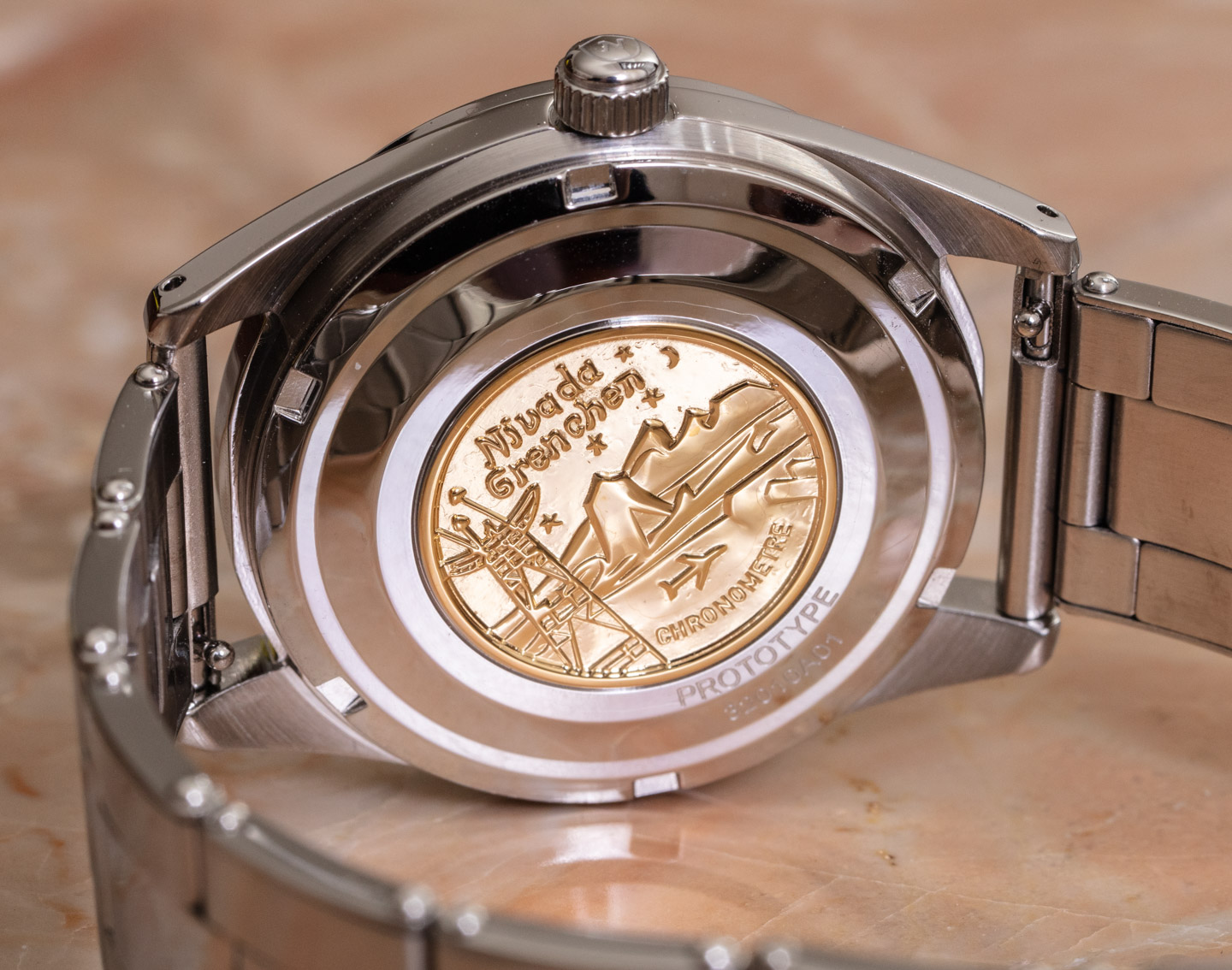 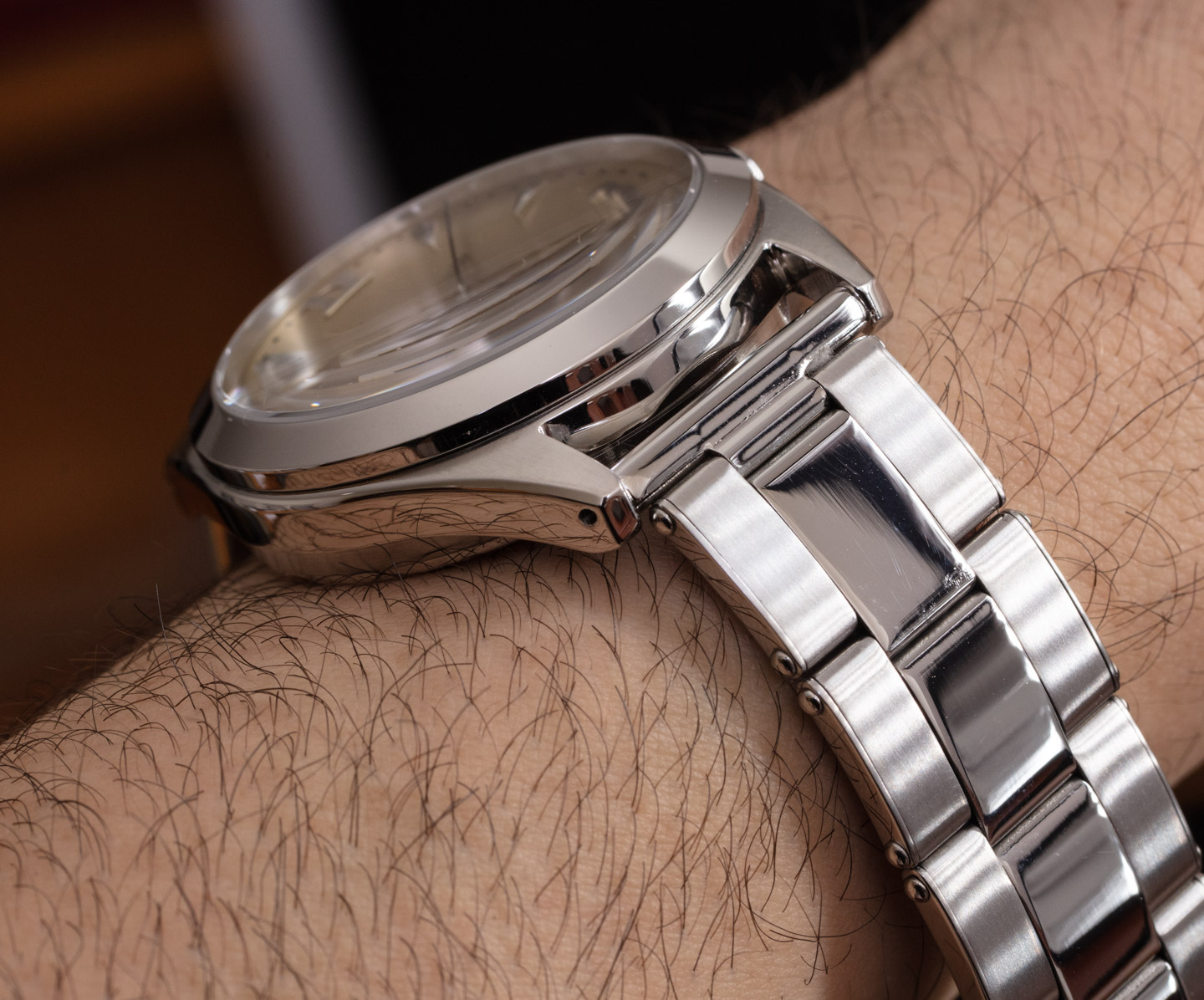 The Antarctic is available in several different colorways and options. Here, we’re looking at the gray (though I’d call it more of a silver/white) and cream dial versions, but you also have a choice of black or blue. All are finished with light vertical brushing, adding texture to the dial. The Antarctic line includes date/no date options, Arabic numerals at 3, 6, 9, and 12, or a simpler layout with elongated diamond indices and an Arabic numeral only at 12. The numerals are a funky element with a unique swooping typography that feels every bit mid-century. The dauphine hands play nicely with the diamond indices and, while the lack of lume will be a negative for some, it does result in a robust watch that can dress up more easily than a classic sports watch — much like a vast majority of Grand Seiko watches. 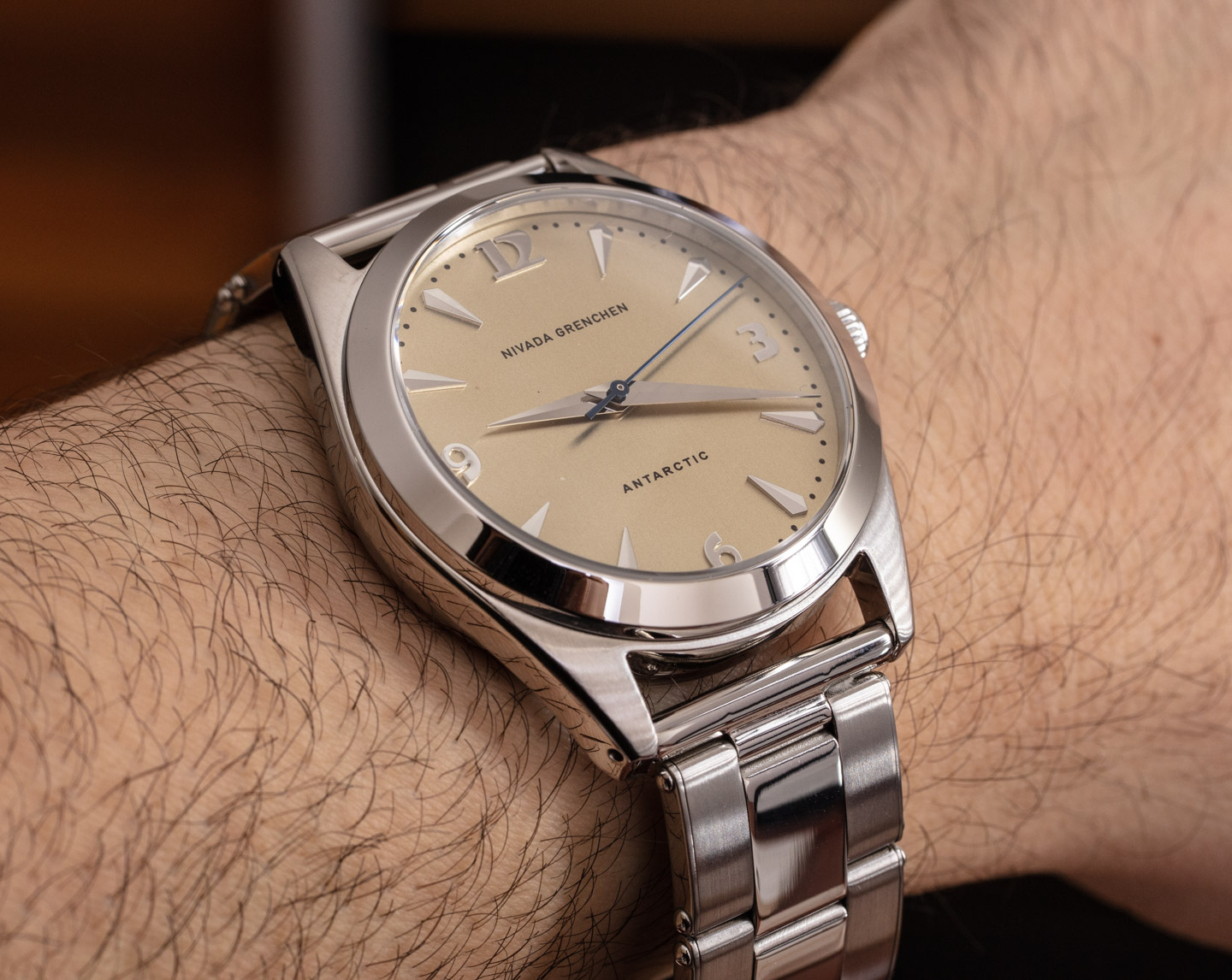 The Nivada Antarctic comes with a range of strap options including several colors of leather, a beads of rice bracelet, or the expandable three-link bracelet featured here (think of the classic Speidel Twist-o-Flex bracelets). The three-link is going to be a love-it-or-hate-it affair, as it comes with a veritable checklist of elements that get watch nerds frothing: rivets on the links (much like the Tudor Black Bay 58), straight end-links that don’t contour to the case, quick release spring bars, and polished center links. The result is a bracelet that looks very much of the era, but whether that’s a good or bad thing will probably come down to how you feel about vintage watches in general. Personally, I’d be most likely to wear the Antarctic on leather, but there’s no denying the comfort of expandable bracelets. 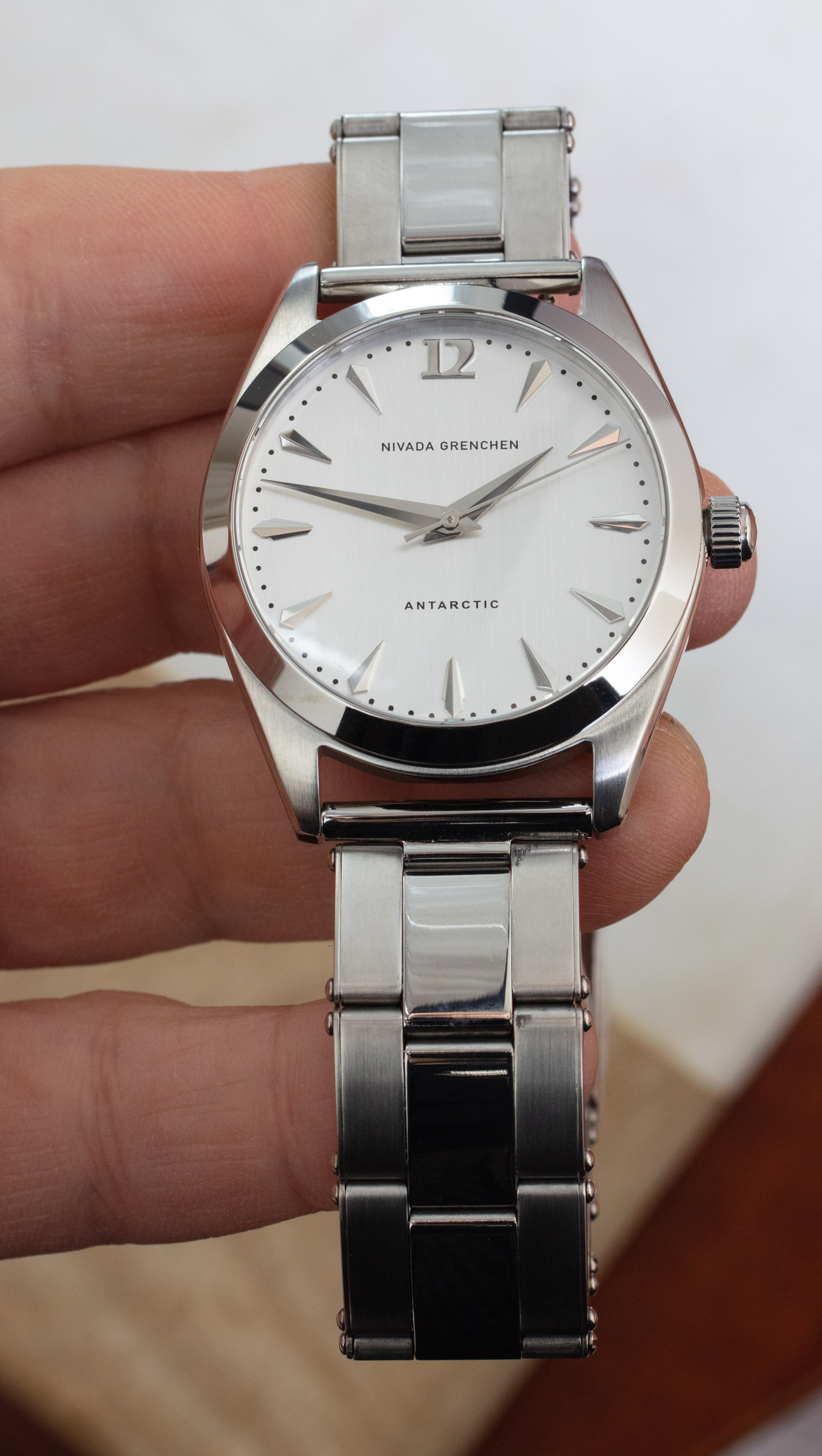 The Nivada Antarctic is a welcome vintage re-issue, especially seeing as the last several years have been dominated by 1970s-inspired dive watches. The simplicity of the dial and design make it a versatile option that can easily be dressed up and though few people are likely to be heading down to Amundsen-Scott South Pole Station anytime soon, the Antarctic will certainly be more than capable of some outdoor adventuring. The Nivada Antarctic is priced at 830 CHF on bracelet or 650 CHF on leather and more information can be found on the brand’s website.