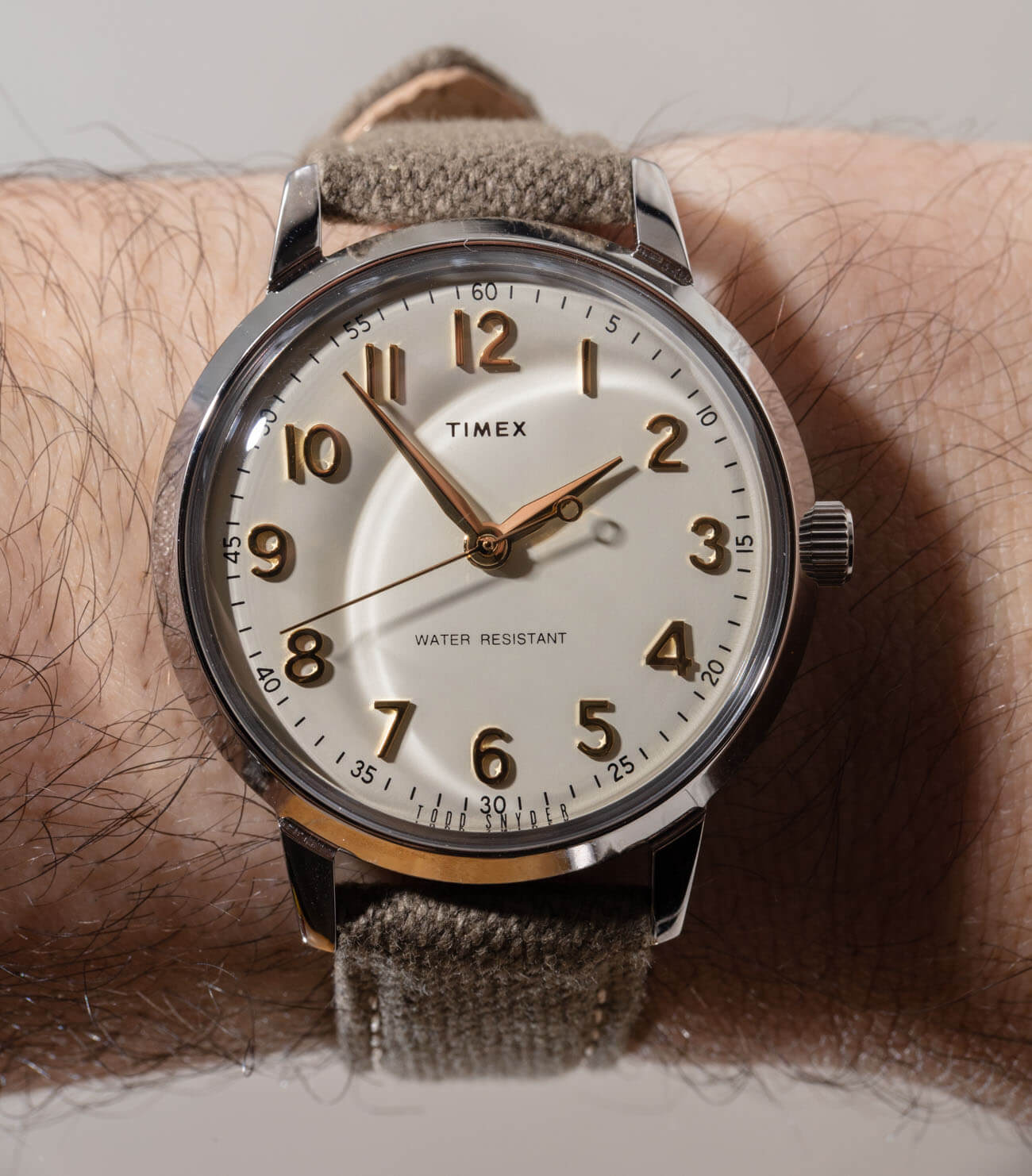 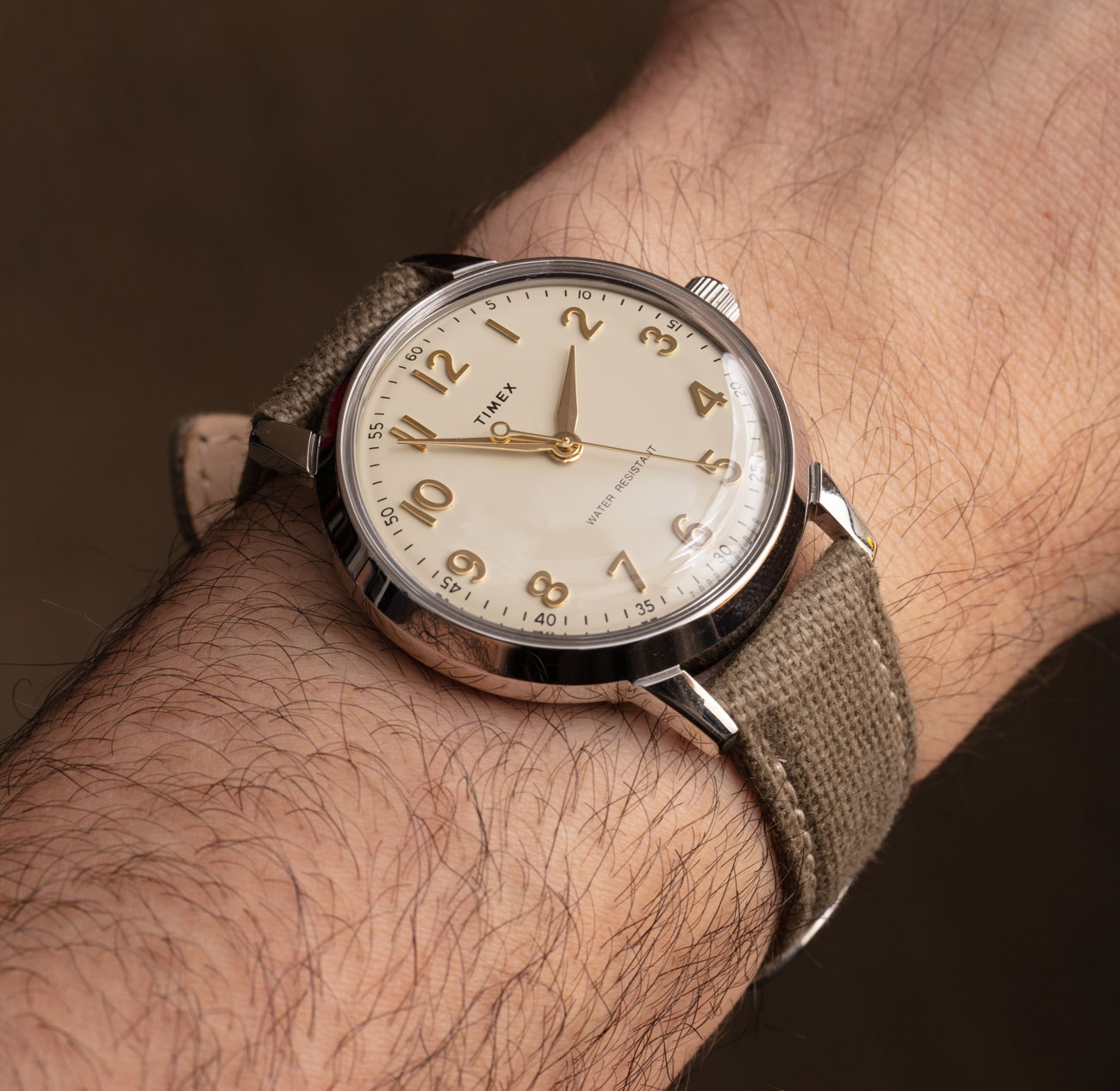 The longstanding success between American fashion designer Todd Snyder and Timex continues with a new automatic watch that celebrates one of the clothing brand’s most sentimental and interesting retail locations. The product is the Todd Snyder X Timex Liquor Store watch (in olive color) and it is exclusively available by Todd Snyder directly. The timepiece honors the New York City Todd Snyder retail store called the “Liquor Store,” as the space was once an actual liquor store in New York’s SoHo district. But the story runs deeper than that.

Prior to starting his eponymous brand, Todd Snyder worked for the clothing company J. Crew, which itself had a store at the 235 W. Broadway “Liquor Store” location. Todd Snyder eventually parted ways with J. Crew to form his own company, and when J. Crew ended its lease at Liquor Store, Snyder knew it was destined to be an important retail experience for his brand. Now a Timex watch has been created to visually match the appeal and atmosphere of the Liquor Store Todd Snyder retail outlet. 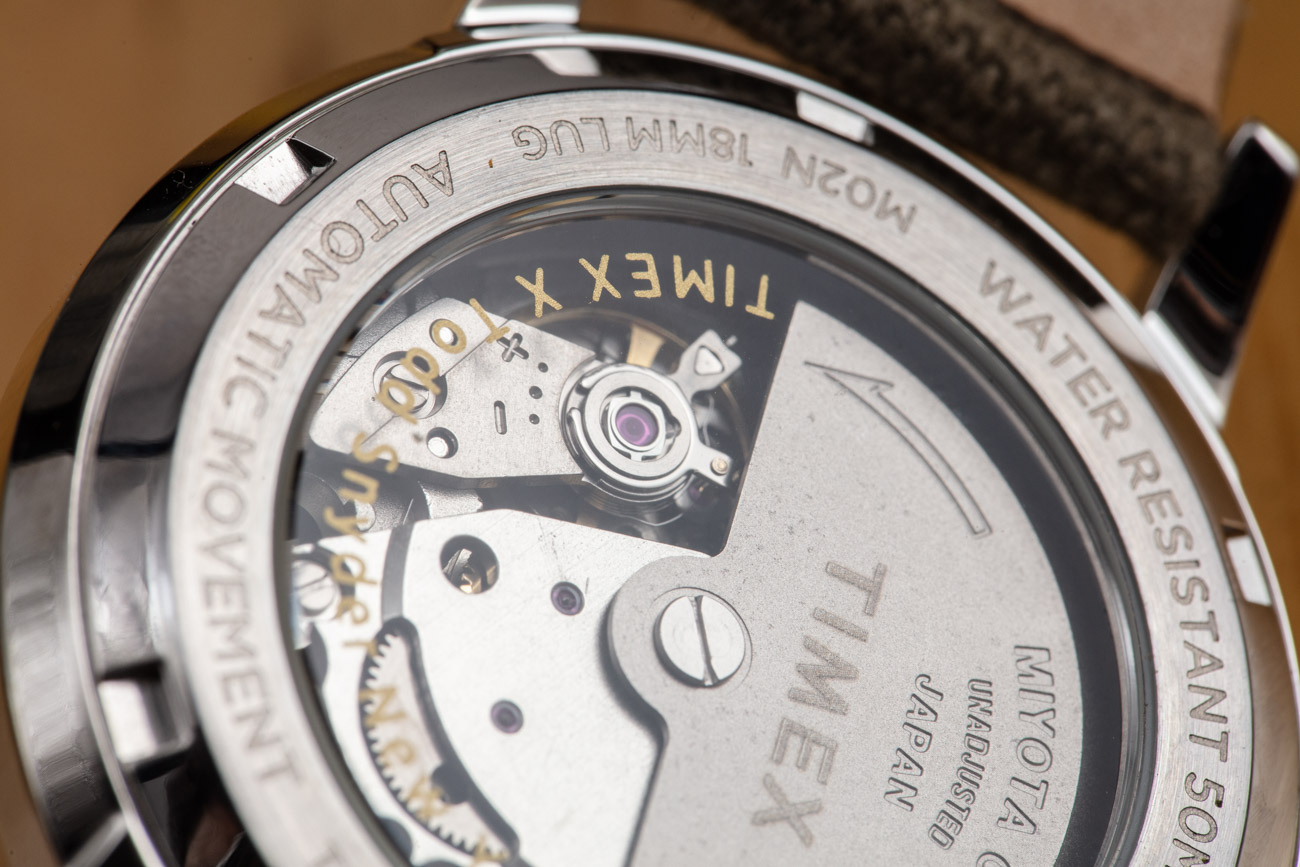 The watch itself is 38mm-wide in polished steel topped with a vintage-style acrylic crystal. The dial is an off-white olive tone with applied gold-colored Arabic numeral hour markers and matching hands. The aesthetic is classic/casual, serving as an ideal daily wear with many of the clothes that Todd Snyder offers. Watch dial legibility is very high, and despite the modest 38mm-wide size of the case, it wears well because of the thicker case, which prevents it from feeling too small. The case is water-resistant to 50 meters.

The mid-century-inspired dial of the Todd Snyder X Timex Liquor Store watch is matched to an olive green fabric strap (trendy style these days) that has a leather lining for comfort and longevity. Inside the watch is a Japanese Miyota automatic movement that can be viewed through the caseback window. 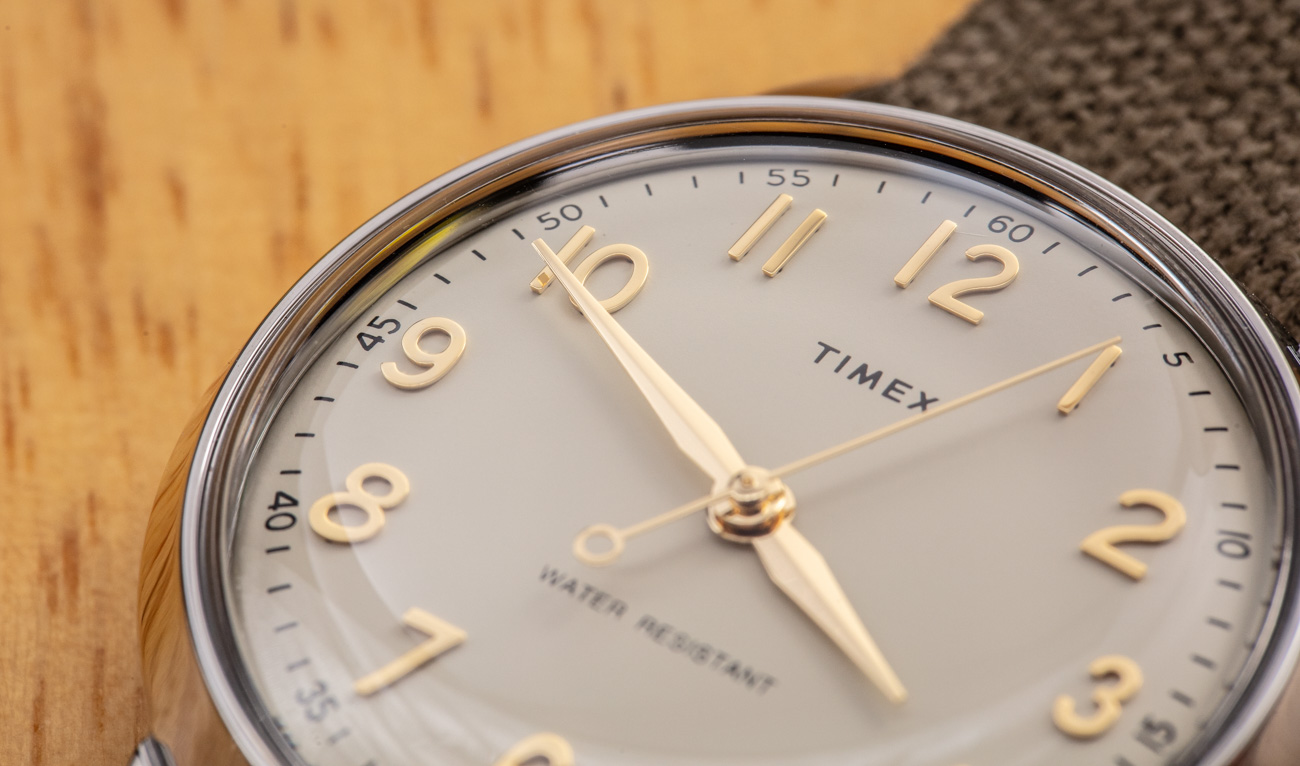 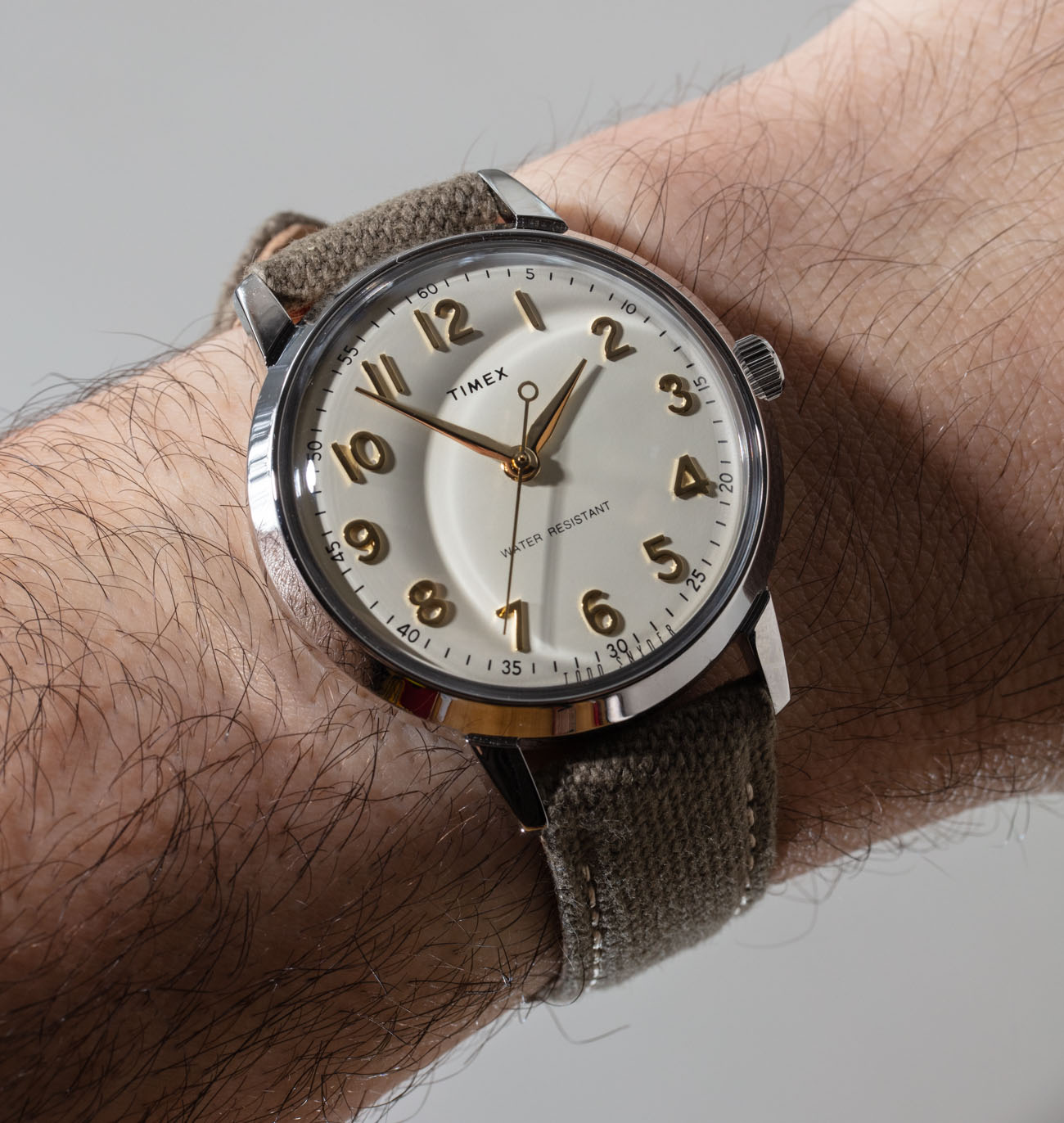 aBlogtoWatch has featured other Todd Snyder X Timex watches in the past, and we believe the collaboration is still one of the smarter ones out there between a traditional watchmaker and a fashion designer. What we particularly like is Snyder’s ability to inject contemporary color and style trends into Timex’s ability to produce a very satisfying watch at affordable prices. The olive-color-themed Todd Snyder X Timex Liquor Store reference TW2U66900 has a retail price of $249 USD. Learn more at the Todd Snyder website here.