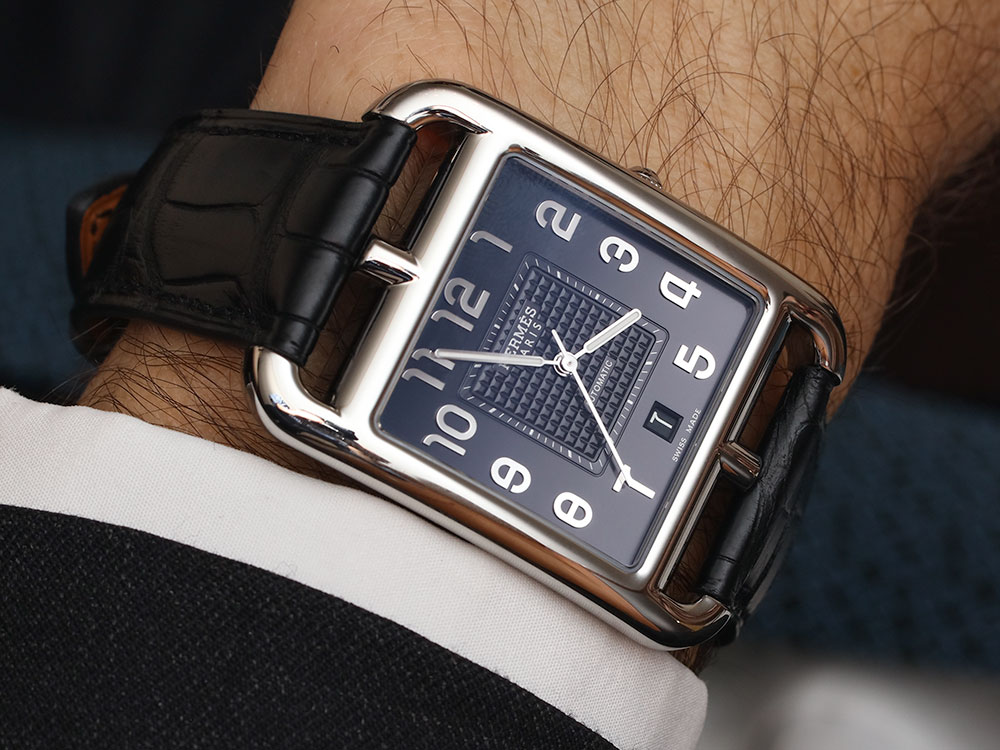 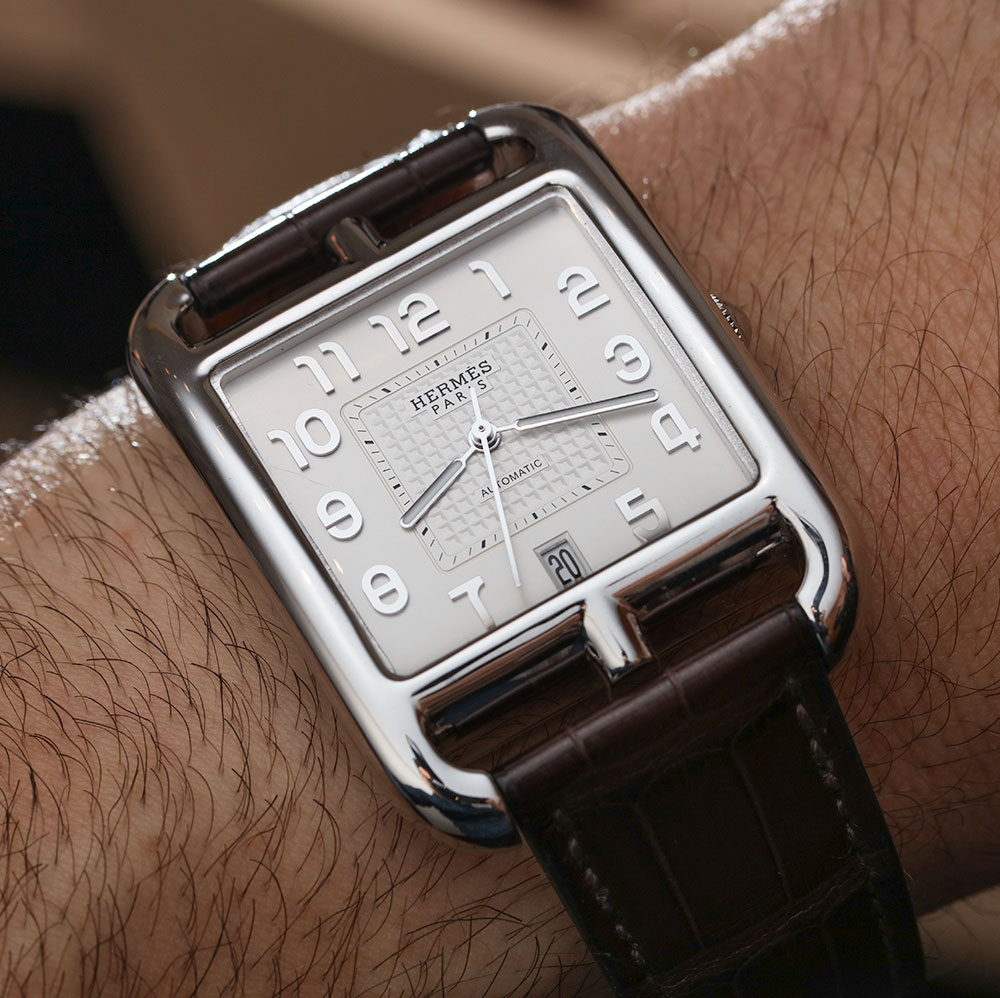 Hermès is a fashion brand that has made the rare crossover to an actually respected watchmaking brand, though this is not entirely new. You see, the first watches to bear the Hermès name appeared as early as the 1920s and one of their most iconic models, the Hermès Cape Cod, was born over 26 years ago in 1991. To mark the 25th anniversary of the Cape Cod watch, Hermès introduced new models to the collection earlier this year and here’s a closer look at them. 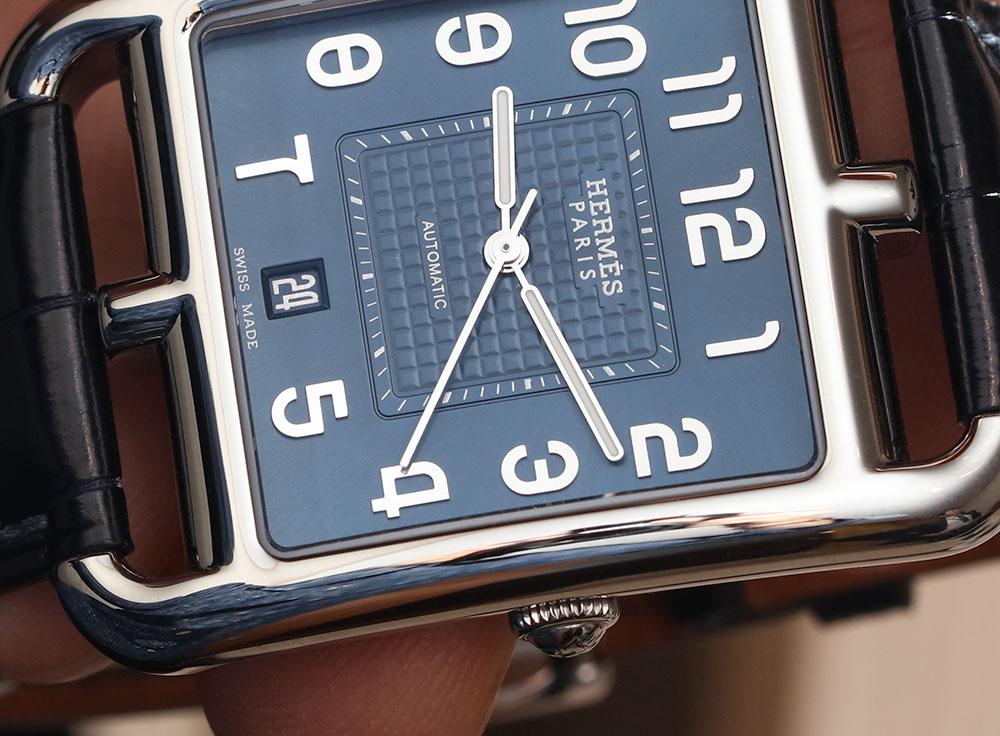 There are essentially two new models to the Cape Cod collection. Though both are known as the Cape Cod TGM Manufacture, one is powered by a self-winding mechanical movement while the other has a quartz movement. Of course, it won’t be Hermès if the two new models weren’t available in different colors. By the way, TGM stands for très grand modèle, which translates directly to “very large model.” 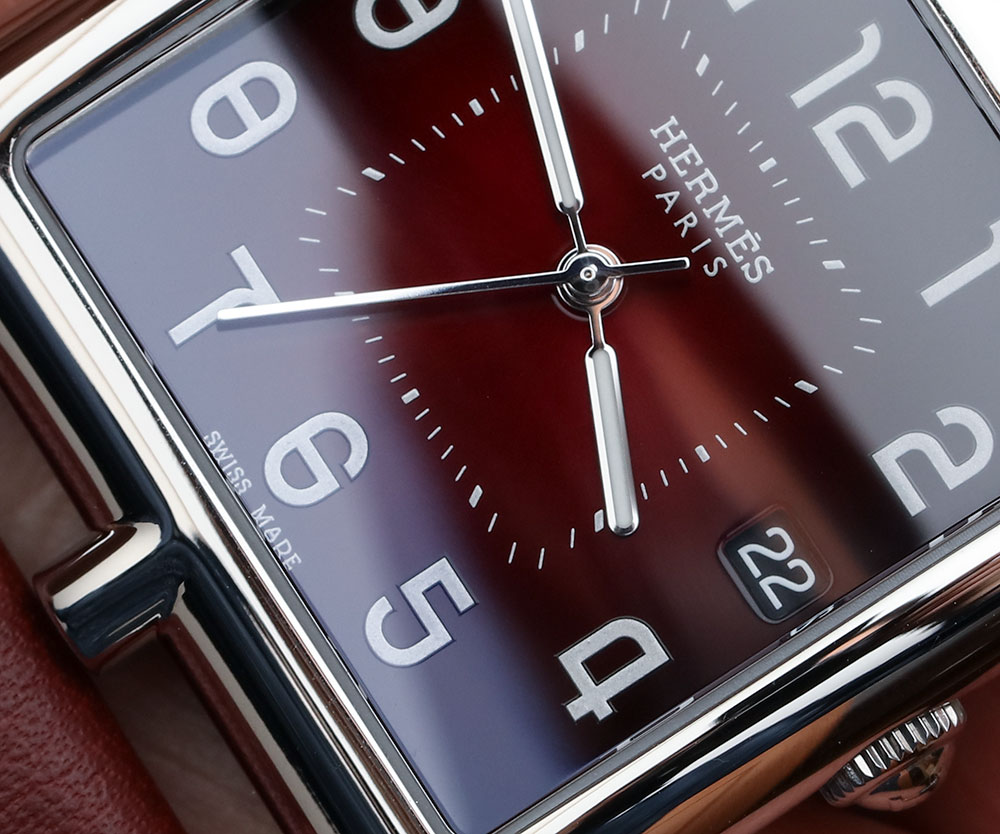 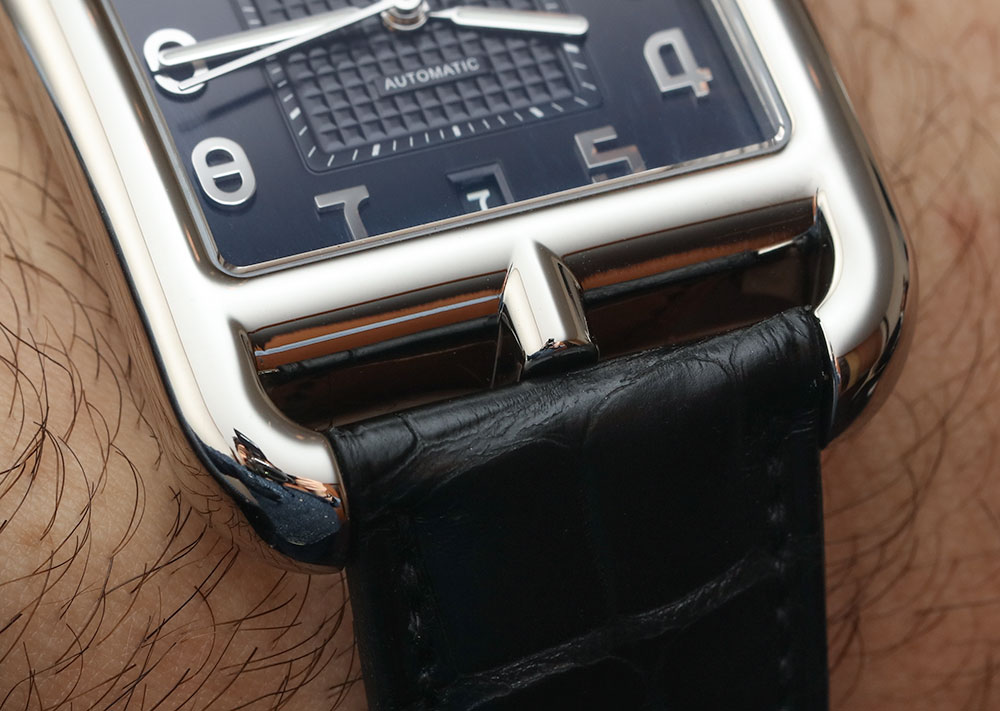 The new mechanical and automatic Cape Cod TGM watches have similar case sizes, but it is actually quite easy to differentiate them. The mechanical models have a dial that has a stamped pattern in the center that reminds me of Audemars Piguet’s “tapisserie” guilloche, and a date window at 6 o’clock. The quartz models, on the other hand, have their date windows at 3 o’clock and a dial with a radial brushed finish. 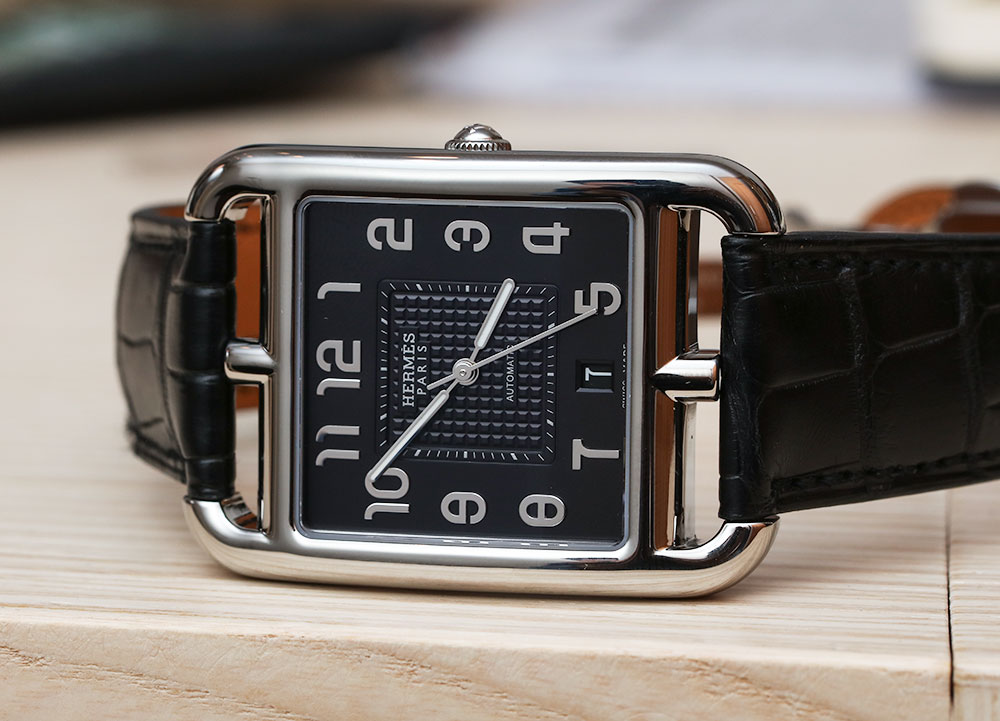 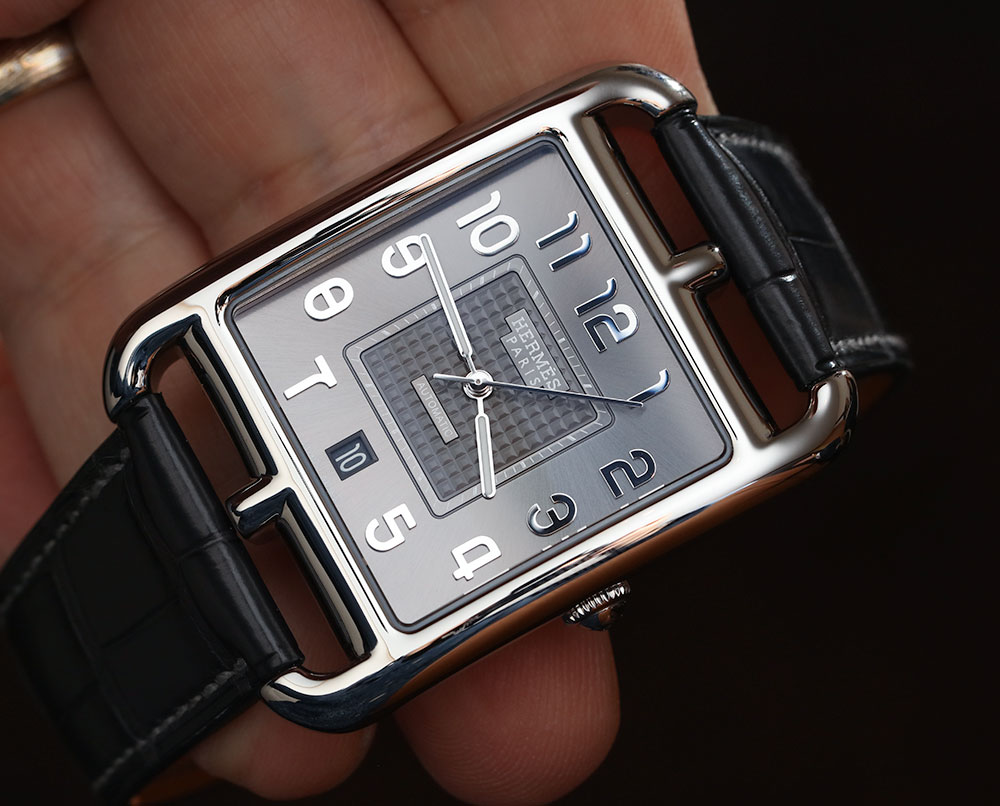 We begin with the mechanical Hermès Cape Cod TGM watches. There are four variants and all have stainless steel cases, with the main difference being their dial colors. There’s blue, black, anthracite, and opaline silver. But more on the dial later, let’s talk about the case first.

The case has all the characteristics that made the Cape Cod an icon for Hermès. It has a square middle section that measures 33 x 33mm with extended lugs inspired by the brand’s own Chaîne d’Ancre links. Thanks to the lugs, the watch wears larger than what the 33mm measurement might suggest. But even so, the Cape Cod TGM remains to be a modestly sized watch as it is quite thin too. For men accustomed to wearing larger watches, wearing a Cape Cod will take some getting used to. 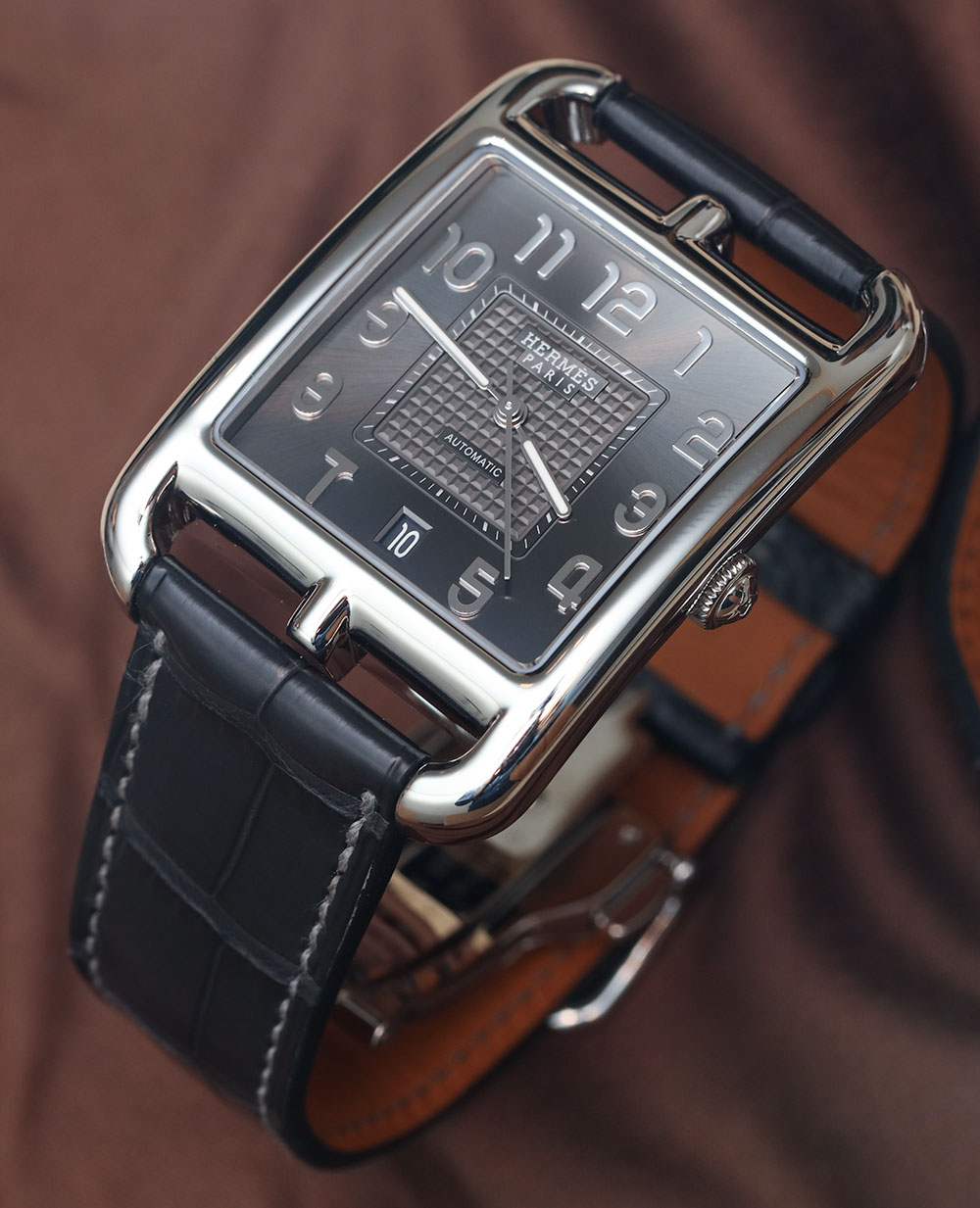 The case is neatly polished throughout and reflects light from all angles. And if you look from the sides, you can see that the case is actually curved, which helps make it more comfortable to wear. And even though the crown is petite, it is easy to pull out thanks to a tiny notch at its back. All in all, it is a very elegant case and one that I like very much because of its distinctive design. 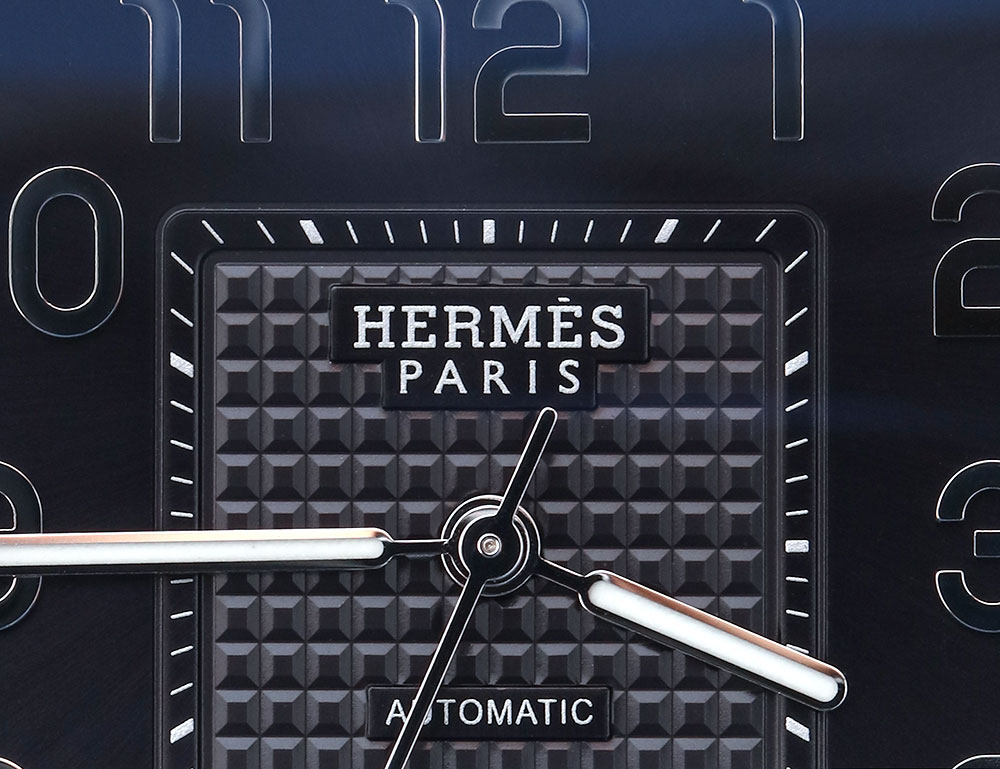 As I mentioned earlier, four dial options are available – blue, black, anthracite, and opaline silver. All four dials have a date window at 6 o’clock and feature a stamped checkerboard middle section that is lined with a minute track, which makes it easy to tell the exact minute. In addition, the raised patterns offer a surface for light to play on and create interesting effects when viewed under a strong light. 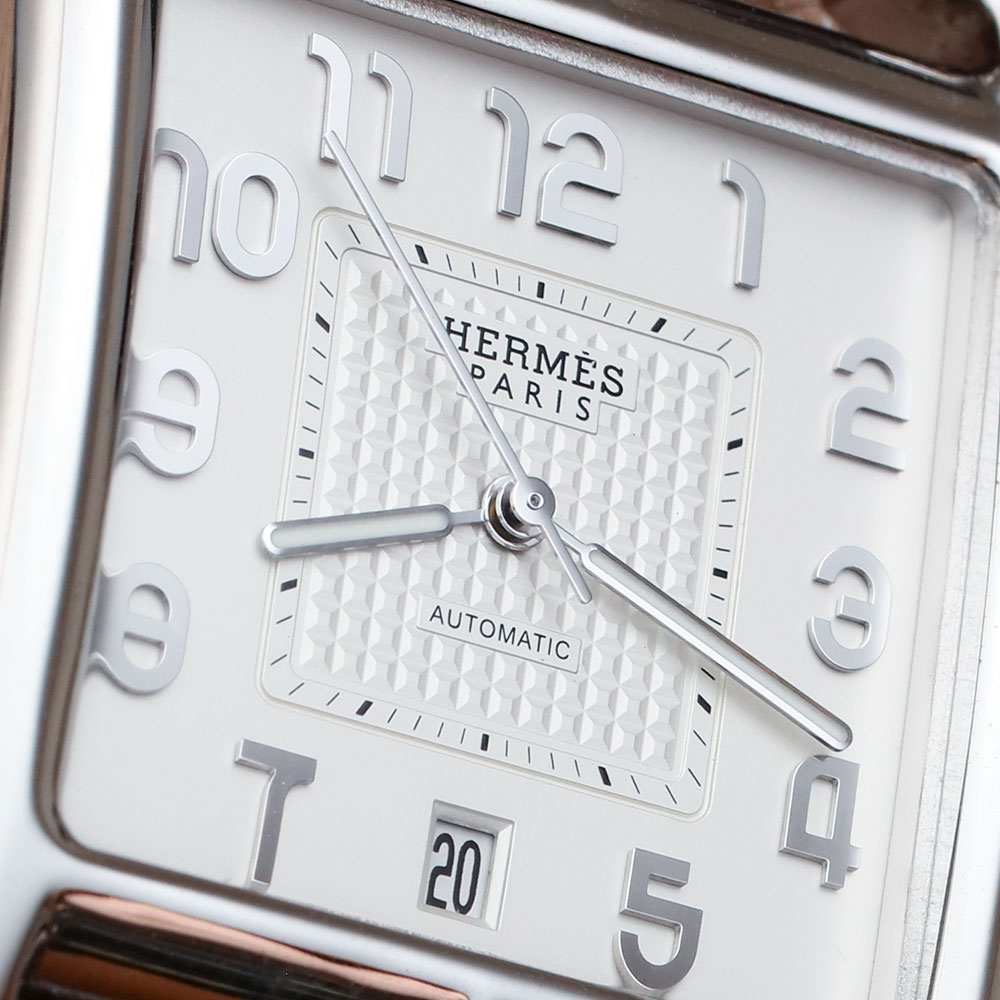 Long time readers of aBlogtoWatch might probably know that I’m not that fond of date windows on watches, but the execution here isn’t too disruptive and is something that I can live with. It helps that Hermès has thoughtfully matched the background of the date window to the color of the dial. Even so, imagine how much cleaner the dial would look if they omitted the date window. 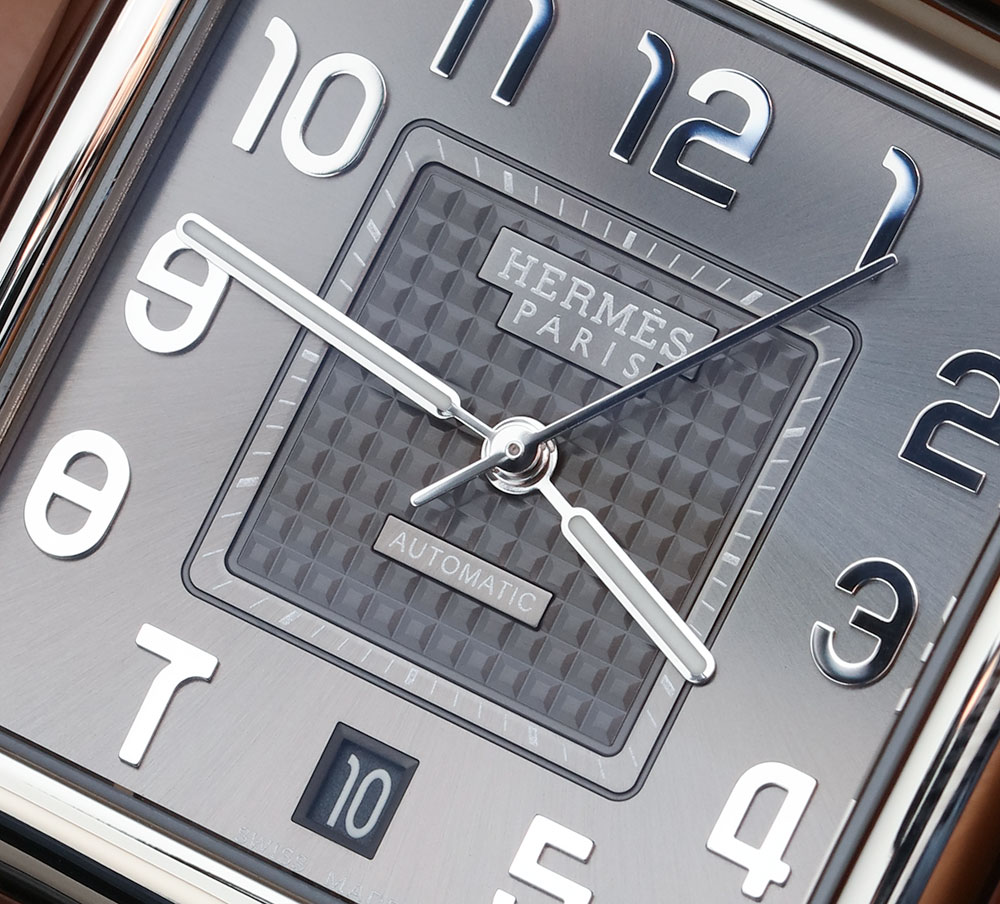 All four are nice, black is easily the dressiest and classiest of the lot, and opaline is quite nice as well. I think the blue and anthracite options are great for watch lovers who want something formal but with a little splash of fun. That said, the opaline silver model certainly has the poorest legibility of the lot since the silver appliques for the hours and the silver hour and minute hands do not contrast greatly against the opaline silver dial.