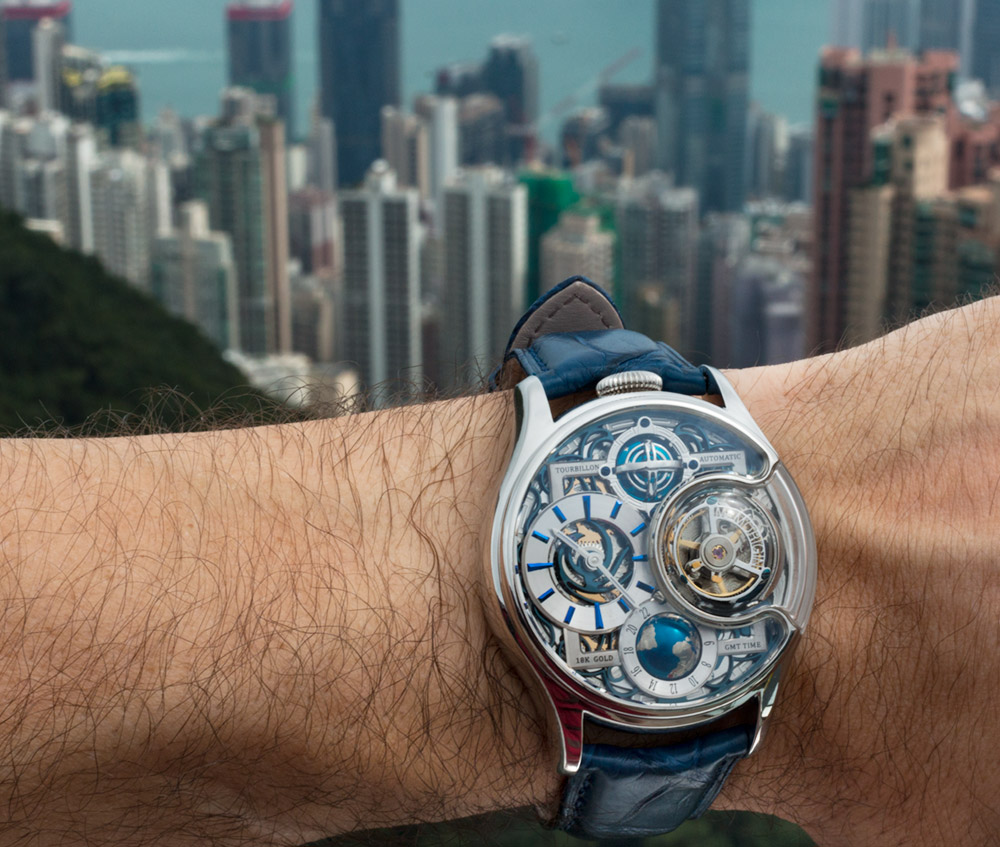 Hong Kong Watch & Clock Fair 2017: The Asian Production Side Of The Watch Industry On Display 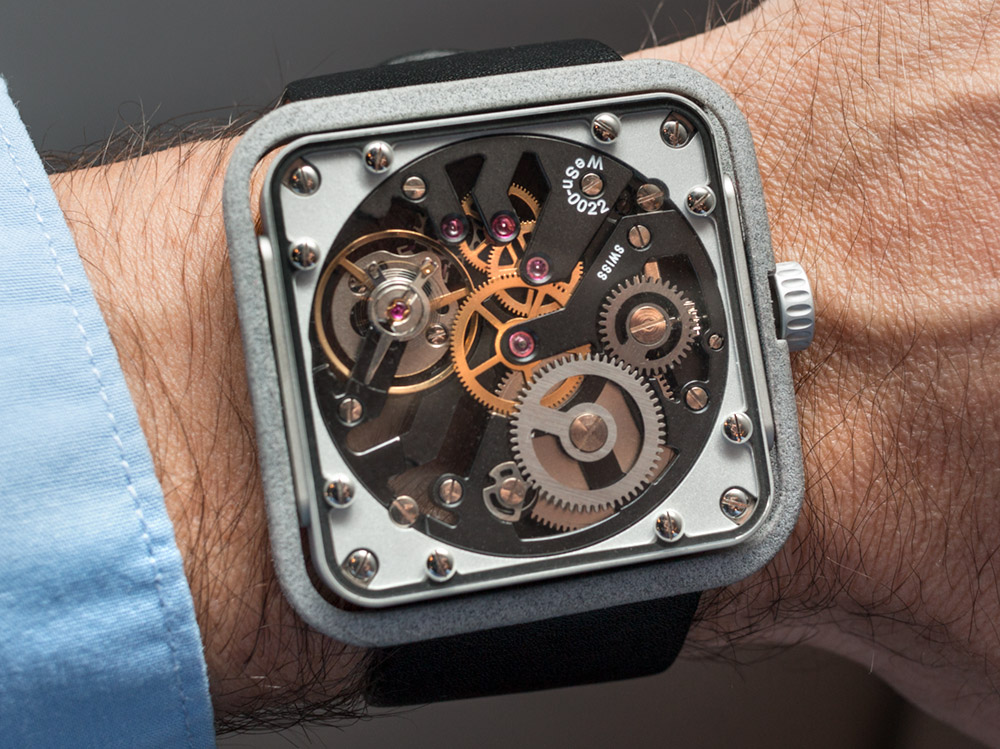 Prototype using a 3D printed plastic case – reversible in order to wear the caseback side up.

As a guest of the HKTDC, the media participates in events like the opening ceremony, a forum of watch association leaders from different countries, and a gala dinner (I was unfortunately seated between two people with whom I did not share a common language). The Hong Kong International Watch Forum, as they call it, featured representatives from Hong Kong, China, Japan, Korea, Switzerland, France, and Germany to discuss watch industry topics and trends in 2017. Again, if you have been following the industry closely, the primary subjects discussed and even figures quoted would be familiar to you, as this was not the place for major announcements or revelations. Topics included cautious optimism for the industry following bad results in 2016 and, of course, smartwatches. 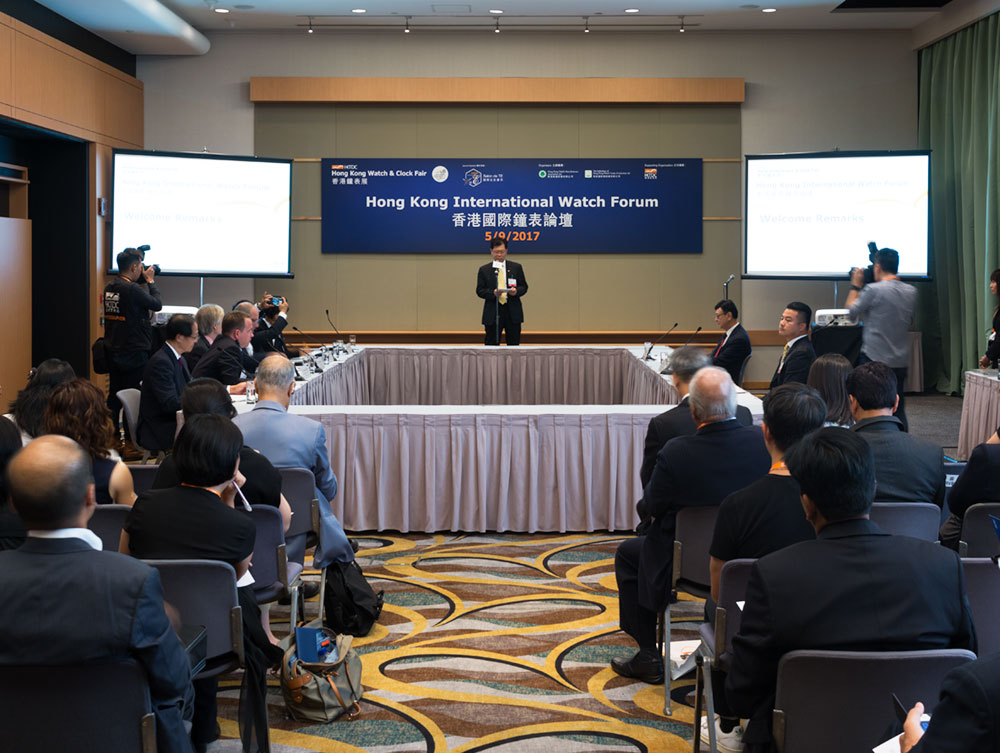 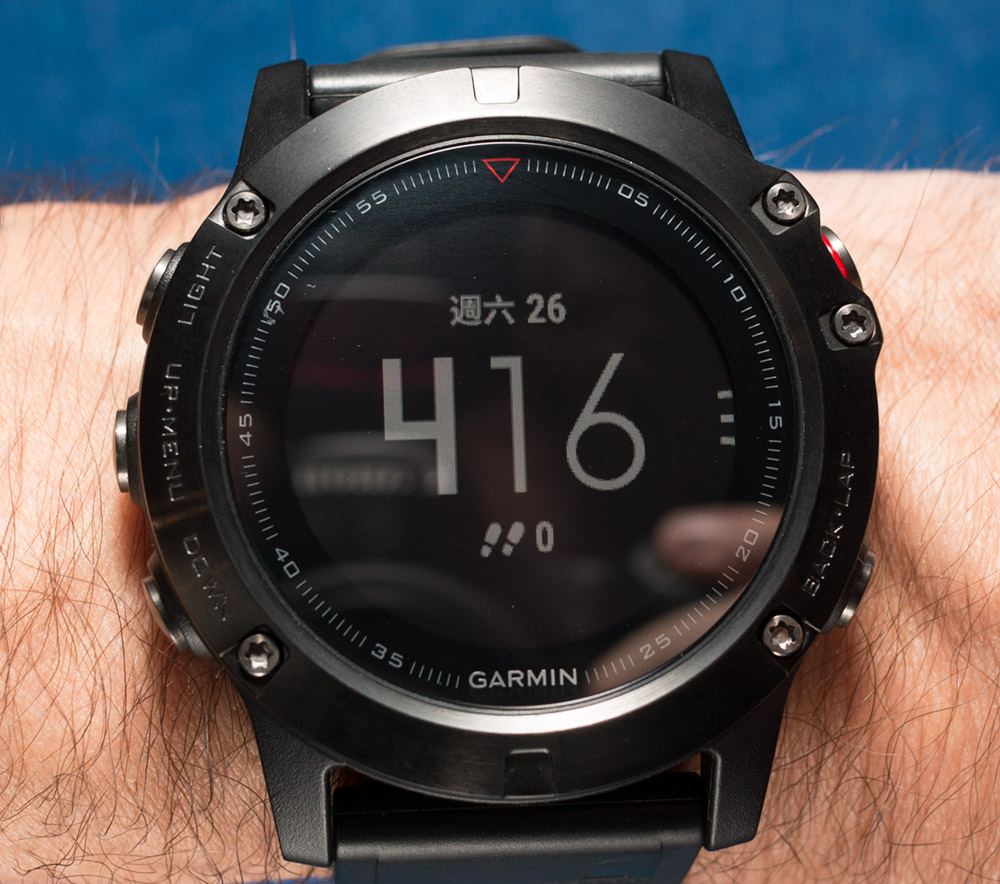 For the record, I had walked far more than zero steps that day (and Saturday the 26th is also incorrect).

Yes, everyone wanted to debate and speculate on smartwatches, new technology and applications, and how this still new segment might affect traditional watches. It was interesting to hear echoed, for example, the opinion that we have put forth here on aBlogtoWatch for a while that smartwatches could eventually benefit traditional and higher-end watches. It is also notable that this forum took place only the week before Apple announced their Series 3 smartwatch that is a big step forward with cellular connectivity, meaning it can function independently of a companion iPhone (also see our hands-on impressions while visiting Apple headquarters here). 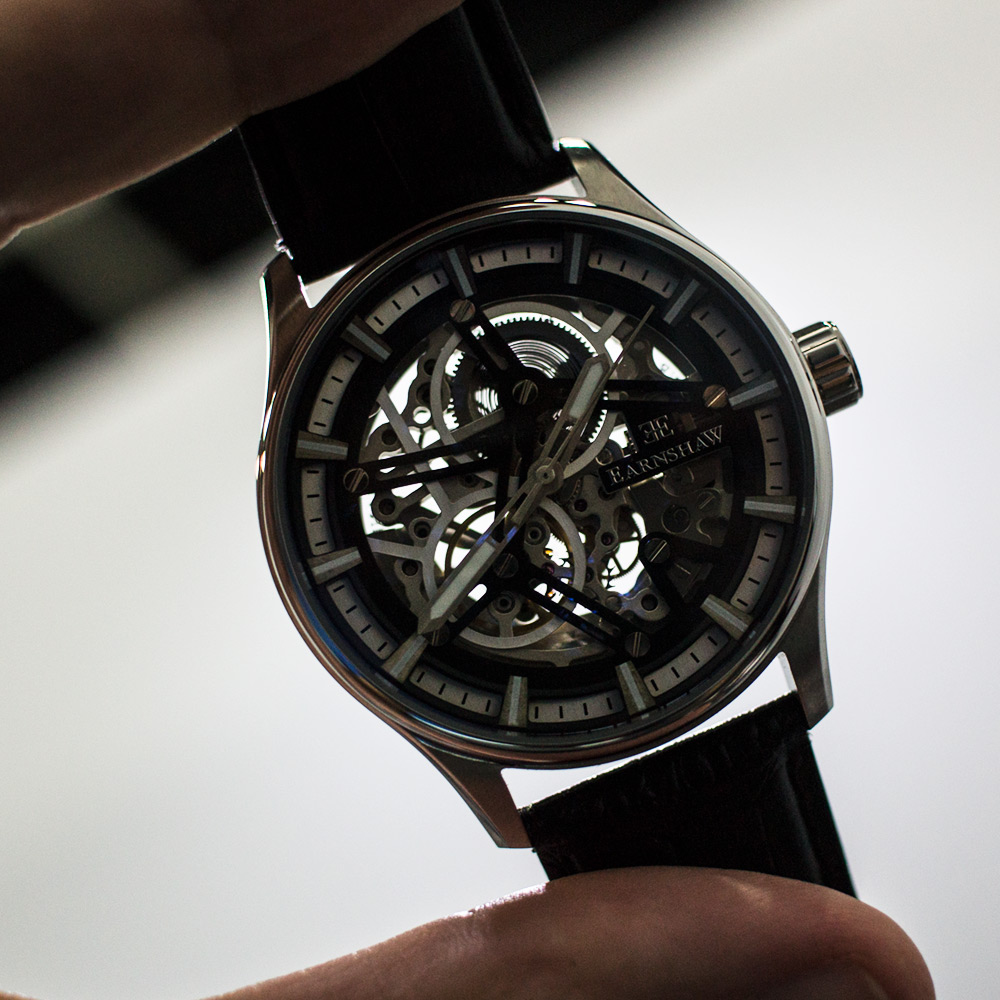 Despite all the apparent smartwatch buzz, however, back on the exhibition floor, the vast majority of watch brands exhibiting that I saw were of the “traditional” variety – be they quartz or mechanical. There were only a couple of small dedicated sections – one for “Wearable Tech” brands and one for “OEM (original equipment manufacturer) Smart Watches” – each with a handful of booths. The passion for traditional watches is alive and well, and on display at a fair like this and in the city of Hong Kong. 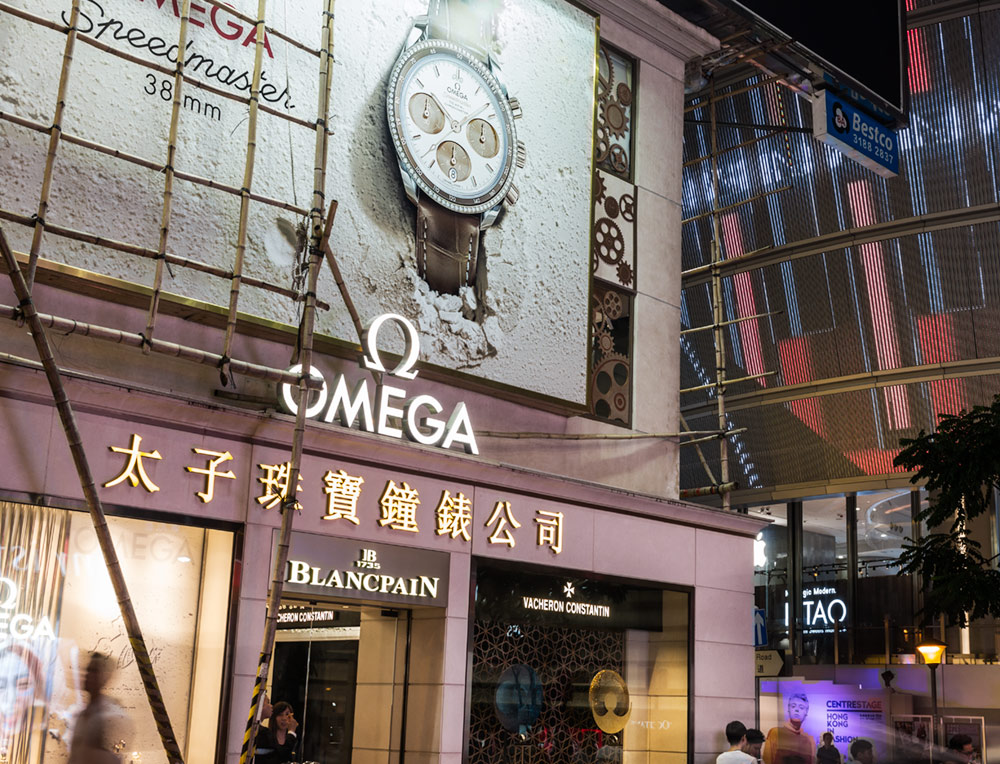 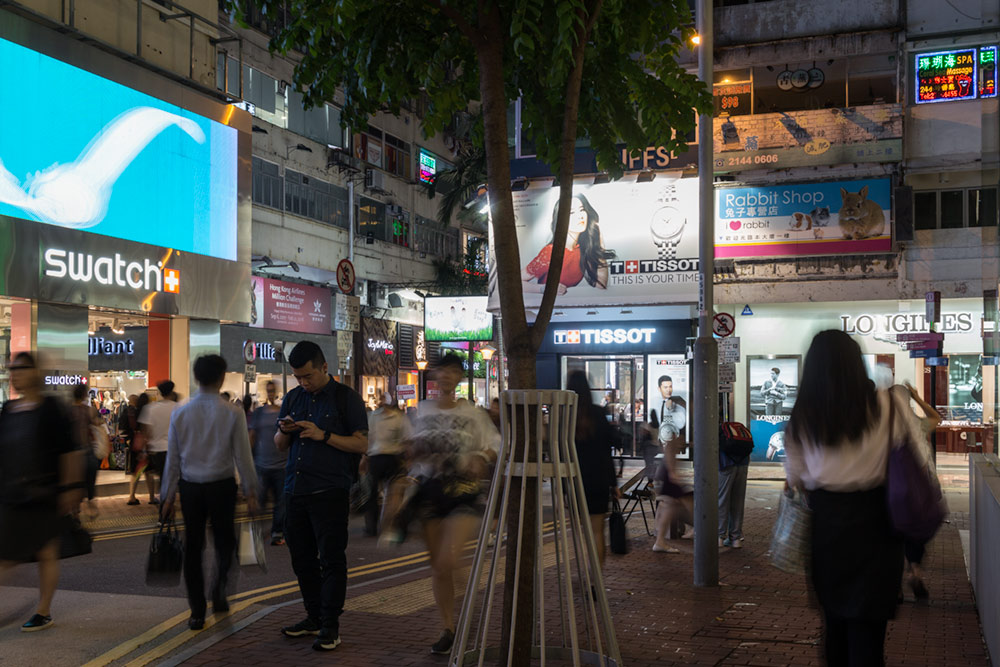 The culture of watch appreciation in Hong Kong and China combined with the production capacity on their doorstep has naturally led creative and entrepreneurial locals to start their own watch brands. These are watches in all shapes, colors, sizes, and prices. A disproportionate 426 exhibitors, according to the HKTDC’s website, were from Hong Kong – I know it’s a local show for them, but I would not have expected quite that number, and would have expected more from mainland China (138). It is likely the case that many exhibitors represent mainland Chinese companies that are registered in Hong Kong. Anyhow, not all those companies are selling complete watches, of course, but a good number of them are. 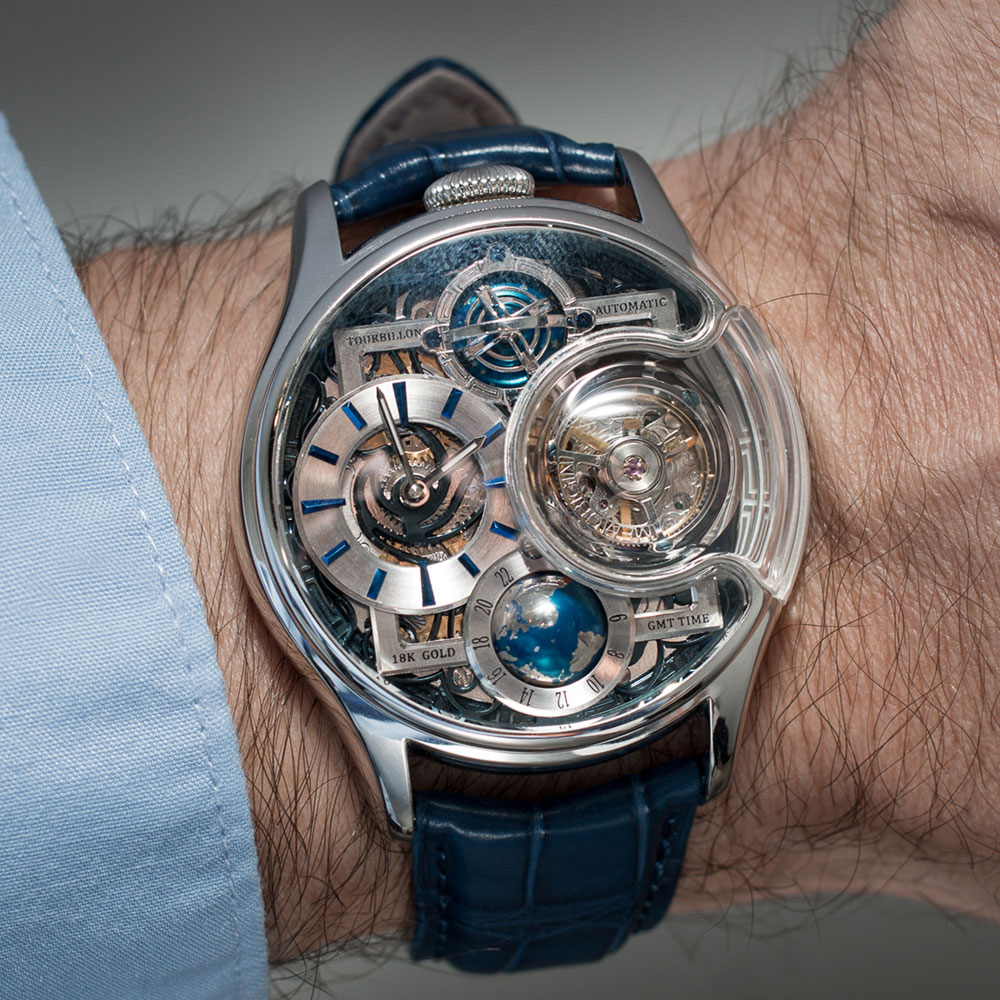 Our old buddies Memorigin deserve a special mention, not least because they gave me their newest timepiece called the Stellar Imperial to borrow and wear around during my time at the show. Memorigin is a Hong Kong brand that only makes tourbillon watches. They represent not only high horology complications and avant-garde designs often for “mere” four-figure prices, but originality that incorporates Chinese design elements. It is the latter quality that I most appreciate because I want to see a proud Chinese watch industry that can actually make a strong contribution of its own to the future of watches. Anpassa that had a relatively elaborate booth next to Memorigin at the show is another Hong Kong brand that has a similar approach. 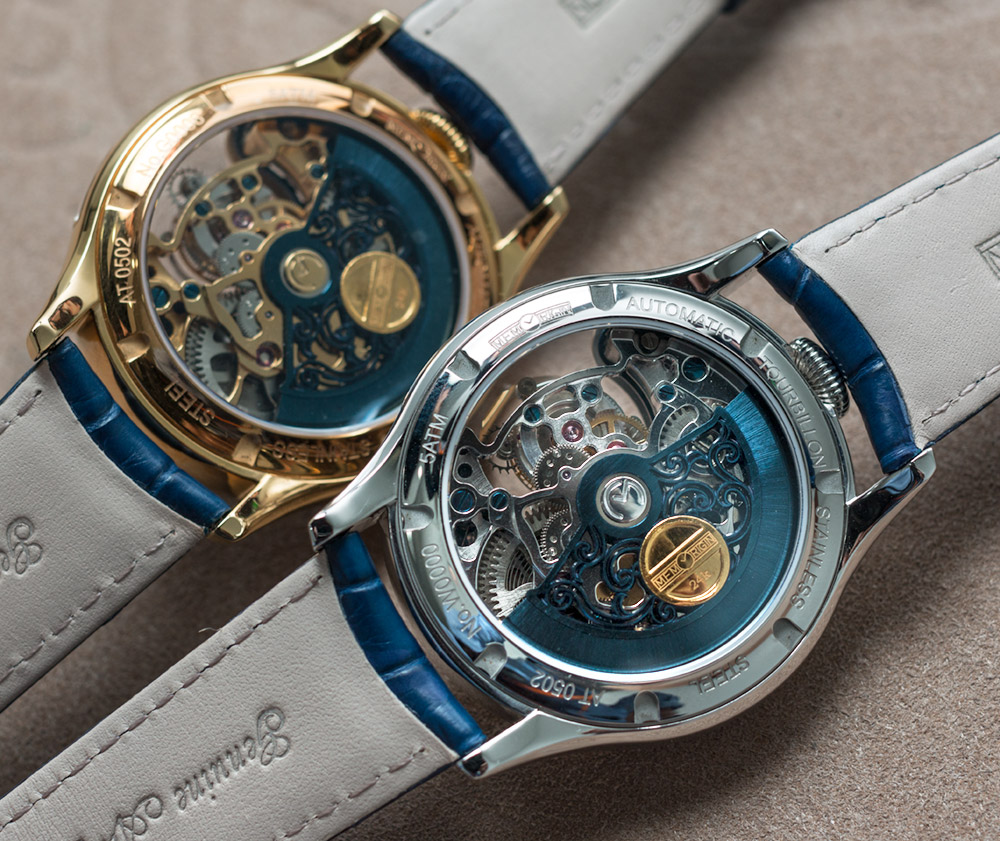 The Memorigin Stellar Imperial was the perfect watch to wear at the Hong Kong Watch & Clock Fair and around town at night. It gave me a chance to contemplate the potential and the challenges of the Hong Kong watch industry and brands like Memorigin – who has come a long way since starting only in 2011. Memorigin’s affable founder William Shum is also on one of the committees that helps organize the Hong Kong Watch & Clock Fair, and I see the brand as representative in many ways of Hong Kong and the local watch industry. 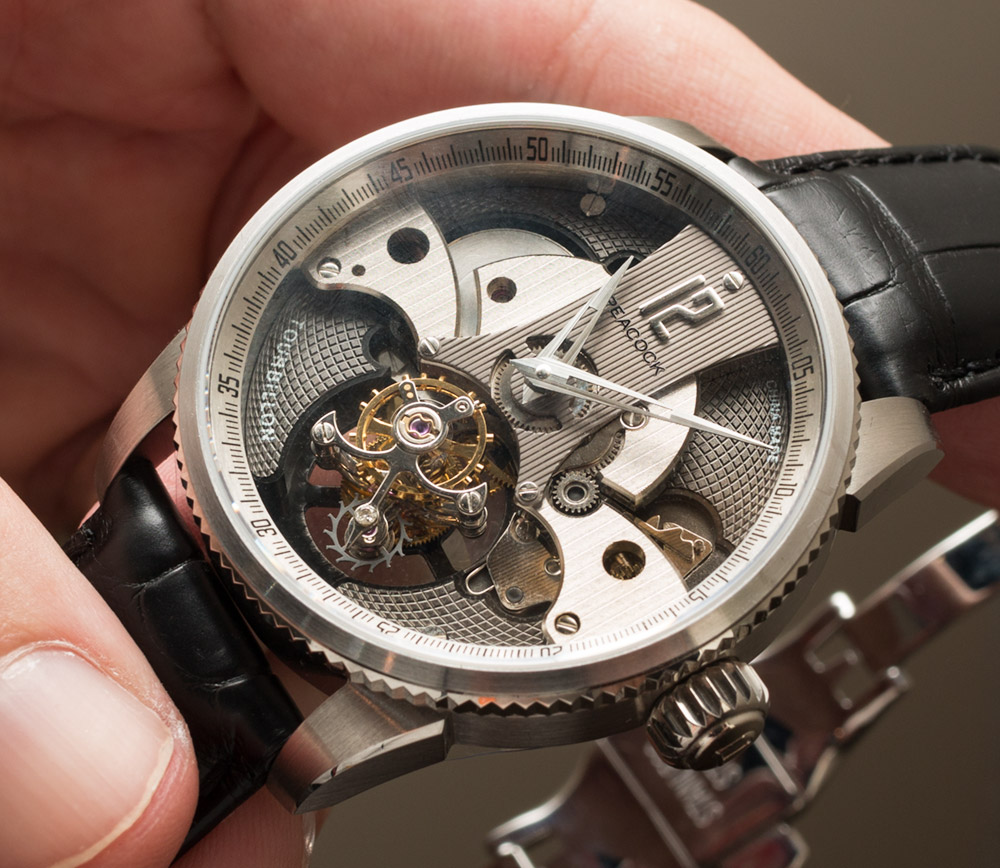 Traversing the maze of exhibitors, it would be hard not to notice all the tourbillons. It was dizzying at times passing display after display of everything from affordable design-focused quartz watches to tourbillons, double tourbillons, off-center tourbillons, and more tourbillons. One that impressed me was from a brand called Peakock. This is where things get muddy but interesting. The Liaoning Watch Factory was founded in 1957 in the northern Chinese province of Liaoning, and Peacock is one of their brands. Researching and explaining the parallel world that is China, including its at least dozens of national watch factories, is beyond the scope of this article – though it is very much something I want to do. 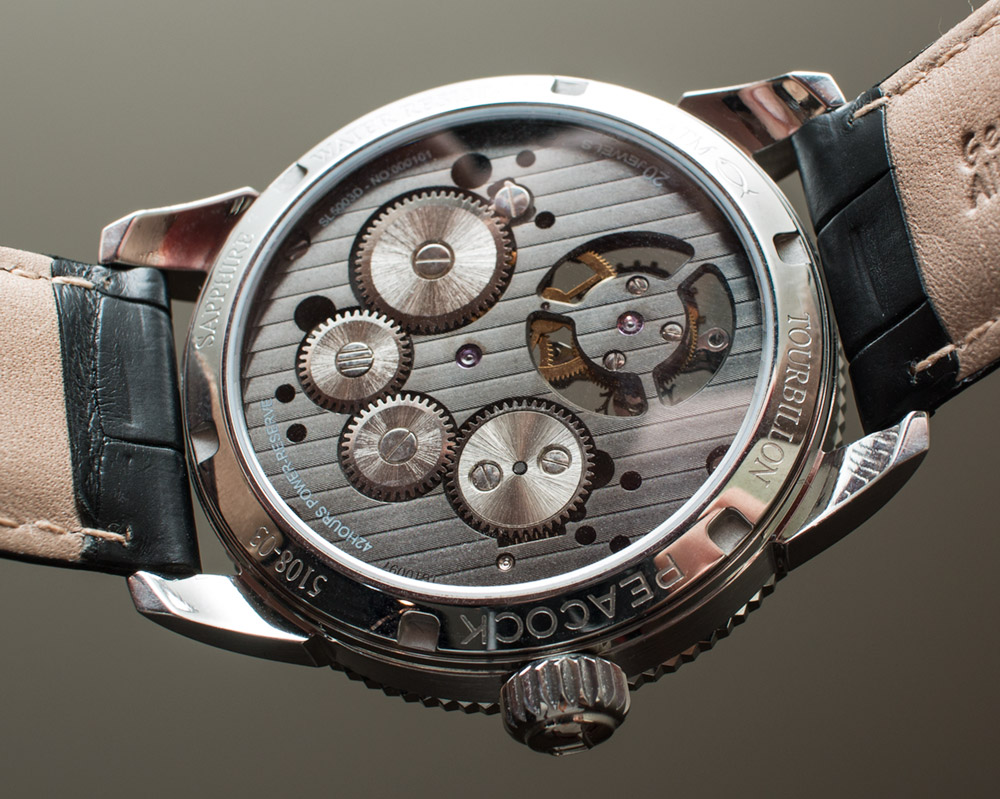 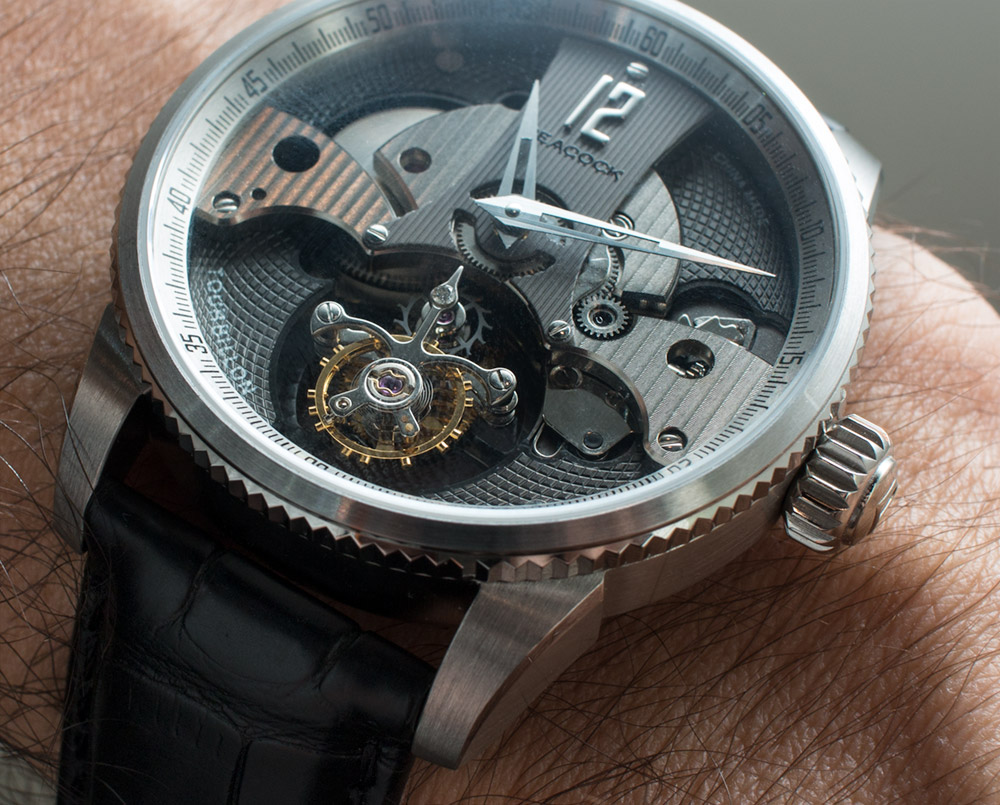 The watch in my hand, however, was impressive in its details, finishing, and sober design (compared to, say, Memorigin’s more wild designs). The booth attendant told me that they make everything themselves, and if that is true, it must mean the Liaoning watch factory is making and supplying other brands with the very similar off-center tourbillons I saw elsewhere. It seems possible, but we can only speculate. A number of the major Chinese watch factories established in the 1950s (Beijing, Tianjin, and Shanghai being the earliest and most famous) are still making watches, and while they are part of China’s sometimes chaotic leap into modernity, they are potentially very interesting to me. 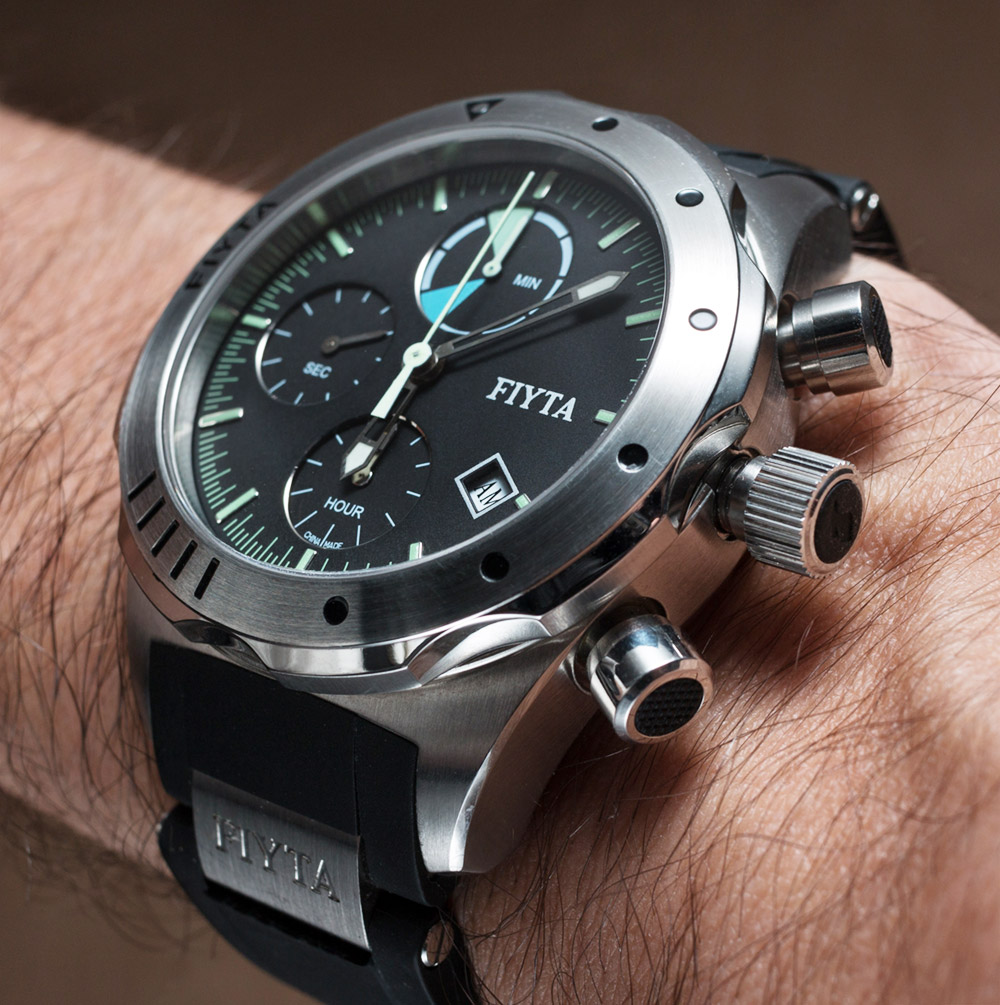 The one worn in space was actually much larger, but this commercial version wears well at 45mm.

Another kind of Chinese brand is one like Fiyta that has some cool designs, often using mechanical movements from Japanese Miyota (Citizen), with pretty affordable prices. Fiyta and brands like them (Ebohr, Geya…) are making mass produced watches with “classical” styles but also more original and fun ones that make them an interesting example of modern Chinese watches. Fiyta partnered with the China National Space Administration and their “Spacemaster” chronograph was worn during the first space walk by a Chinese taikonaut in 2008. Their newer 3D Time Skeleton is a pretty neat design too.

From Chinese brand Fiyta, the inner ring rotates with the hour hand to also indicate the time with the red arrow at the 6 o’clock position on the dial. This is to allow the time to be read from the side without needing to rotate one’s wrist, for example, while driving. Quite a cool design, actually. Inside is an automatic Miyota movement. ? by @ABTW_Zen at the #HongKongWatchAndClockFair

The above brands and watches are meant to be a representative sampling and good examples of different segments of the Chinese and Hong Kong watch industries. There were far too many to cover, but there should be individual hands-on articles for some of them coming up in order to go into more detail. 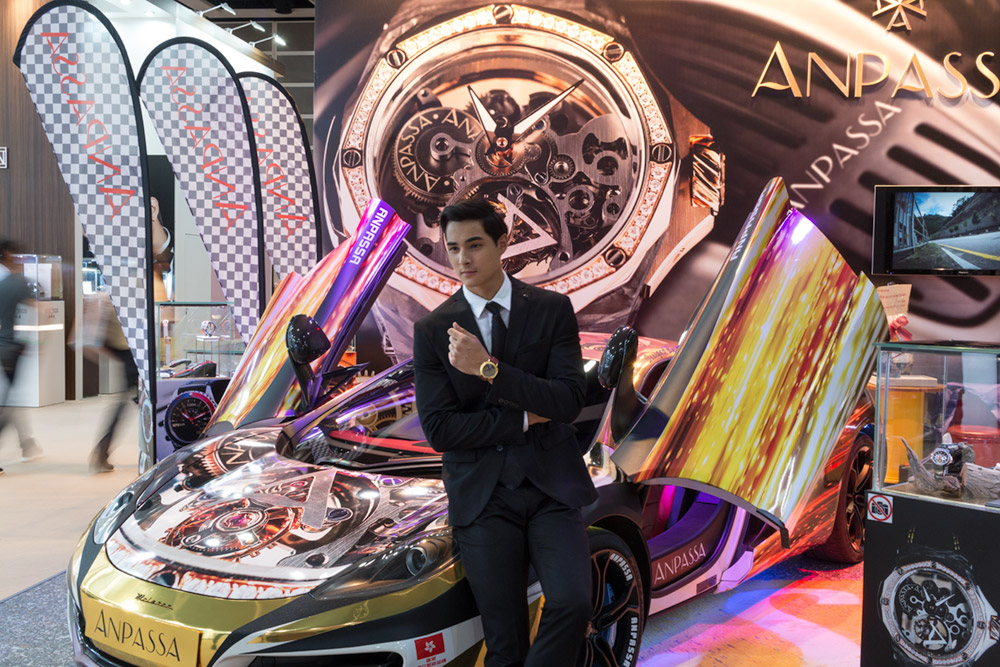 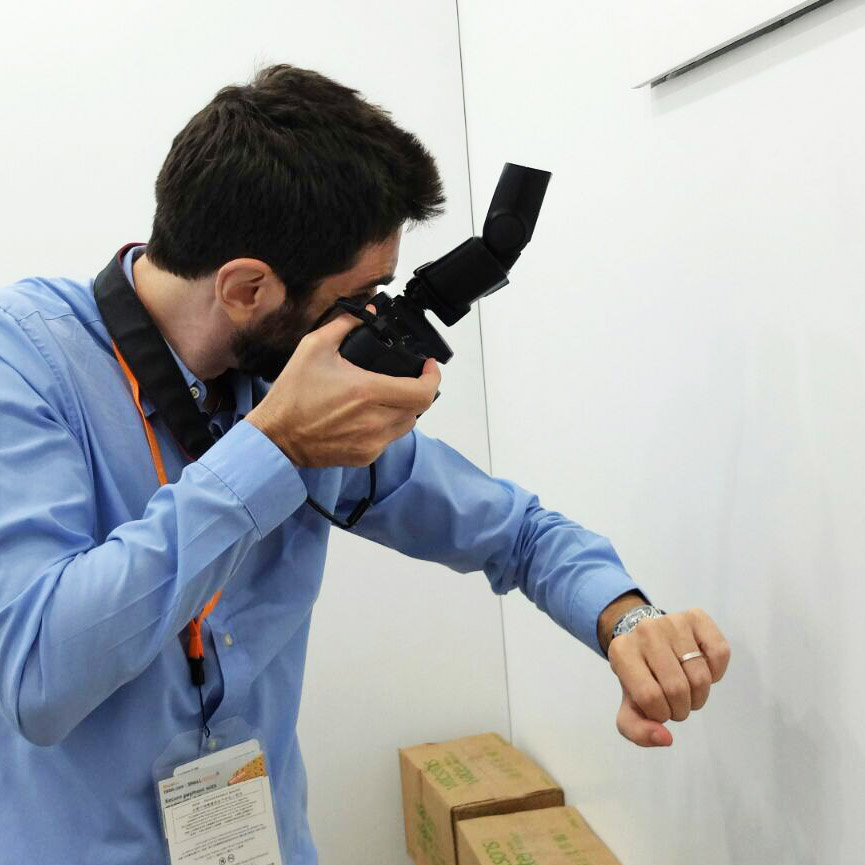 “Just say it’s Swiss Made,” a pushy booth attendant kept telling me in English with a difficult Cantonese accent. I told her I was capable of choosing my own words and would simply like some more information. This not necessarily typical interaction with a Hong Kong-based brand stood out to me as representative of the interconnected, vague, and often communication-inept nature of the industry and just how difficult learning about it can be. If it were easy, I suppose, maybe it would be less interesting. 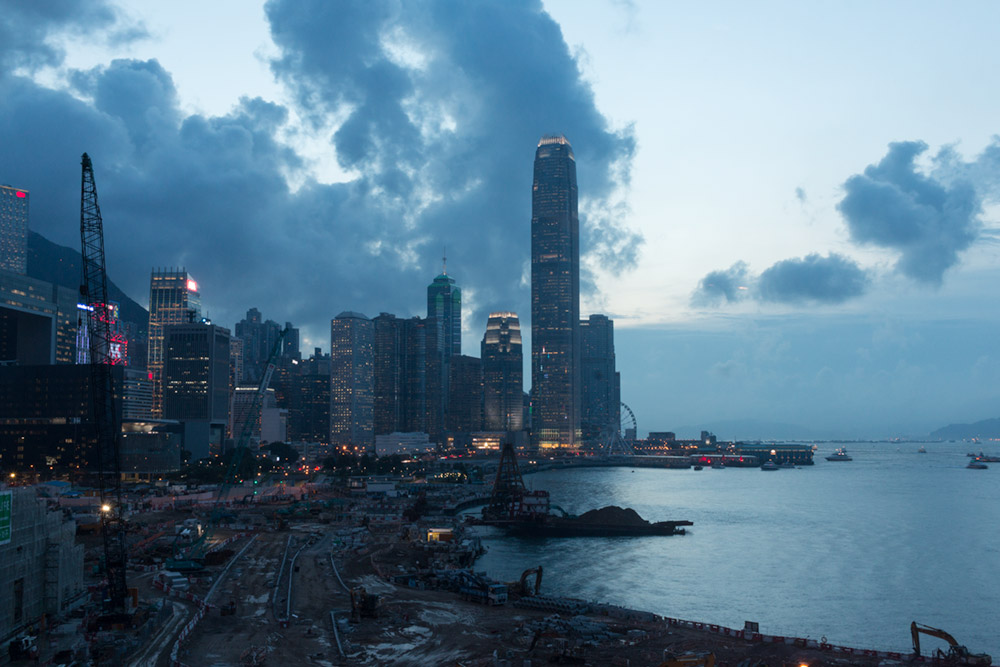 The Hong Kong Watch & Clock Fair has a section for highlighted watch brands called Salon de TE, and that part of the fair is open to the public on the last day of the show with free admission. For watch enthusiasts who can attend in future years, it is a worthwhile experience. The HKTDC can be proud of a well-executed event, and growing numbers of exhibitors and buyers. Even with full access and several days traversing the halls – heroically, I might add, attempting to walk off a broken toe – one cannot see it all, but it was a fantastic experience that only makes me want to learn more about local brands and check in next year on the how the industry continues to evolve. hktdc.com