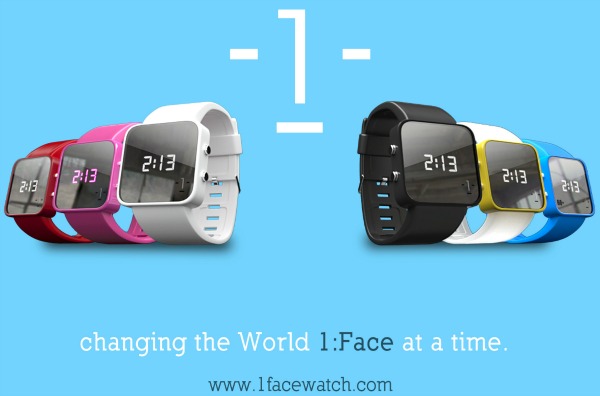 How To Sell Watches Without Selling Watches

People who read aBlogtoRead.com are generally rather enthusiastic watch lovers. They buy watches because of the design, movement and of course the utility of the piece. You people are actually the elite bunch among the world of watch consumers. The industry calls you anything from “collector” to “enthusiast” and sometimes if you are lucky, “influencer.” However, the industry does not see you as the mainstream and that is because you generally are not. The mainstream these days sees the watch itself as the secondary reason to buying a watch. For them, it is about status, fashion, art and lifestyle. You can disagree with me all you like, but just visit your local department store and see what’s for sale in the watch department.

The fact that watches don’t often sell watches actually makes it easier for big brand names and events to sell timepieces. Fashion brands often need only to put their name on a timepiece, and an event can associate itself with a limited edition watch and sell it to fans. But what does a small start-up brand do to sell watches to the mainstream? You can either be innovative and original (difficult), or structure your product offering to make it seem like profits are going to a good cause (much easier). This latter technique has been growing in popularity lately to the point where it is almost an established business model unto itself. One recent company approached me and their technique was so textbook that I felt it was important to discuss as applied to the overall watch loving experience.

Let me first say that making a new and original watch using innovative materials, technology, or design is extremely difficult and expensive. Producing a new watch requires years of work and a steep initial investment. While Asian production has helped keep costs down, it still isn’t anything to laugh at given the rather extensive list of suppliers and engineering work. What is easier and much cheaper is going to an established watch maker and having them act as an OEM (original equipment manufacturer) or white label producer (where they put your name on their watch). Having recently visited the Hong Kong Watch & Clock Fair (see article here), I can say that it merely requires a visit to a show like that and a keen eye for who you want to make your watches for you.

What entrepreneurs do is visit the show and work with one or more suppliers to produce “their watch.” These are often designs that the Chinese manufacturer developed, but are making slight changes to or producing just original dials for the “brand.” The brand is then able to sell them in the US and other countries at inexpensive prices and still make a profit because they aren’t really developing anything new.

The majority of new “fashion” brands we see fit this mold. The watches themselves can be fun or stylish, but aren’t anything to dedicate a cool technical article to. So how do people sell them aside from just their looks and price? Often they associate the watches with a cause. I have seen a number of these in the last few years being associated with everything from environmentalism to providing watches to doctors in third world countries. The latter company made the amusingly wild suggestion that “thousands of people are dying each year because of lack of watches.” Boy, if only that were true it would be a real industry boom, no?

A lot of these guys verge on the point of consumer manipulation. Or at least are so disconnected with their “cause” that their philanthropic angle is speculative at best. It is a general rule that most companies claiming to have a charity angle should be investigated by buyers with their “caveat emptor” hats firmly placed on their heads.

So let’s discuss 1:Face. It is just one of many companies that fit into the category I am talking about, and the latest one to come across my desk. It is also run by a darn enthusiastic and aggressive fellow named Faraz (Fam) Mirza.  The self-described entrepreneur is a bona fide natural promoter and marketer. As an immigrant to the United States, Mirza got lucky to get involved in the music industry at a young age working with famous music personalities such as Sean “Diddy” Combs and others on parties and promotional activities. He later started his own media and marketing company called Mirza Minds.

In an interview he is quoted as giving the following advice, which is faithfully followed by him:

Ironically he is describing exactly what aBlogtoRead.com is, though this site was not started with the intent of influencing people through reviews. The message in Mirza’s quote is that traditional marketing is no longer as effective as perceived peer-to-peer advice and experiences which we seek out or naturally acquire through the Internet’s various ‘social suggestion engines.’ What he is outlining is his own play to use bloggers and social media to promote and create buzz around his new 1:Face product.

From marketing guy to product guy, Mirza’s 1:Face watch brand is his testing ground to see how well his own ideas translate into a success for selling a product himself versus for others. His work is clever, and what you’ll notice is that in most of the media around the 1:Face product, there is extremely little discussion of the watch itself.

Just look at the “trailer” film about the watch. It is chock-full of feel-goody phrases, music, and that whole return to Michael Jackson’s “Heal the World” mentality where we all band together to defeat the forces of reality. No one is talking about the watch. Anyway why should they? It is a cute looking inexpensive piece of plastic with an LED time display marketed toward women. The dial itself is done in a mirror finish (to admire your beautiful charity-giving visage) and the time is only displayed when using a pusher to activate the LED lights. It is state-of-the-art early 1970s technology all over again – and it costs just more than a few pennies to produce in China. But that’s not important because it comes in six colors and Mirza has hired some creative photographers to shoot them on basketball hoops.

The six color versions are truly a stroke of marketing genius as applied to timepieces. You see, the 1:Face watch (“changing the world 1:Face at a time.”) isn’t about just one charity, but six. The charity you want to benefit depends on the color you buy. Pink goes to breast cancer, red goes to AIDS, yellow goes to water, and so forth. 1:Face of course doesn’t run it themselves, but rather gives a portion of each sale to a list of existing charities such NationBreastCancer.org, and CharityWater.org. The list of these actual charitable organizations are offered in an amusingly small font at the bottom of the 1:Face website. What I find interesting is that in companies such as this, there is virtually no accountability when it comes to the stated charitable cause. It is extremely rare for them to get audited by consumers to prove that monies are actually going to the charitable purpose mentioned. I am not suggesting that 1:Face is like that, but merely that the brand belongs to a huge category of companies attempting to market their goods from a “good cause” angle. Charity is big friggin’ business these days. What amuses me the most are the salesy promoter types I have met who appear to be the biggest supporters of philanthropic missions. In the US alone the business of raising money for “charitable purposes” is worth billions. Consumers more often than not have no idea where their money is going. By the way, an excellent source for choosing charities, seeing where their money is going, and overall audits is GuideStar.org, as well as CharityNavigator.org.

In order to promote the 1:Face message, Mirza uses social media as much as his people can. He uses his own advice and goes to what appears to be mostly mommy bloggers. Sound strange? Well it isn’t. Apparently some research has found that “mommy bloggers” and other female bloggers who target other women are highly influential for those demographics. Mirza offers free watches in exchange for reviews and media, which is usually mentioned at the bottom of those reviews: 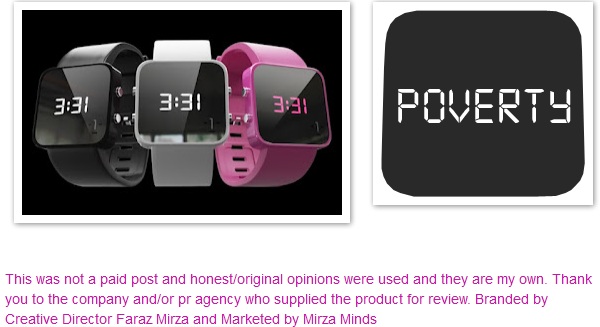 Almost since the beginning of blogs, bloggers have been given special access to or free items to blog about. aBlogtoRead.com is included in the long list of websites that have been offered product. This is considered acceptable behavior so long as the products offered are not done in exchange for strictly positive reviews. It does however seem to be the sole “blogger outreach” strategy that 1:Face uses after doing some research off Google. What you’ll mostly notice is that the “reviews” don’t really discuss the watches at all. The bloggers seem to be so focused on the campaign messaging and charity that there is next to no focus at all on the product. I personally think that this is wonderfully manipulative. What the most clever marketers can do is create so much perceived hype that consumers and editorialists almost completely neglect what they are actually buying.

Mirza also plays with social media such as Instagram and Facebook. He has cleverly created buzz around the watches by counting down to the their launch as well as posting motivational pictures on the 1:Face Facebook page and other pages regularly. None of it has much to do with the watch itself. Mirza understands that the watch “is what it is.” He needed to find a suitably acceptable timepiece that people (mostly women it seems) would wear at least a few times. Choosing a piece with a mirror was really clever as well. 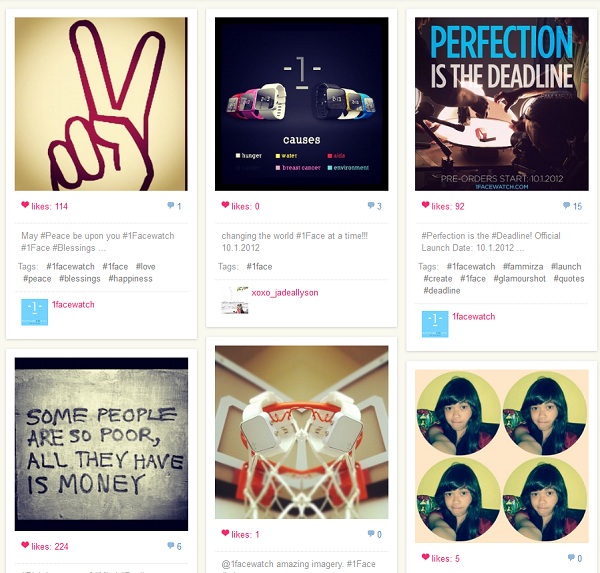 The 1:Face watch will retail for about $40 when it is available soon. Mirza’s agency will no doubt use their full efforts to push as much buzz as possible on the brand and its “charitable” mission. Personally I approach products such as this with extreme skepticism. I understand the business, the tactics, and what is at stake. I also understand the profits to be made. Those interested in charitable contributions should simply charitably contribute to charities. Sometimes doing it with a limited edition product or auction is fine, but don’t do it by buying a product if your actual goal is to help people. Although sometimes we can use that as a mental justification for simply buying something we desire.

So there you have a lesson on how to sell watches without actually selling the watches themselves. Keep a sharp eye on watch brands such as this and do share your own thoughts and experiences below in the comments section.