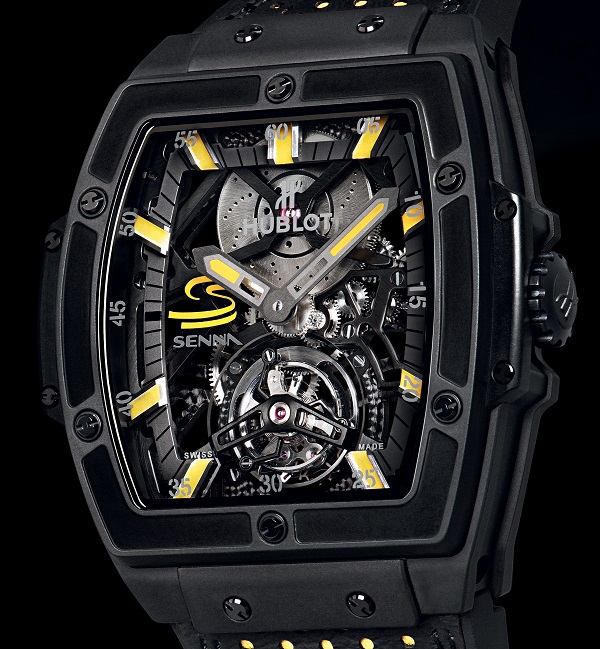 …an item that looks like something picked up in the garage.  If you take a look at the 12 o’clock position, you’ll notice that there’s a miniature vented brake disc mounted under the dial.  Given the scarcity of visible parts (there are 155 included in the assembly) in the open-work dial, this is no doubt a functional bit (at least, I’m hoping it is, and that it’s a moving part).

Past those nods, you’ve got a very tidy appearance on this model.  While a skeleton watch can sometimes seem chaotic, here, Hublot has a much calmer appearance with the open-worked dial and movement – leaving plenty of empty space within the watch for you to ponder.  The 3 Hz movement (well, there are two, depending on the case material involved) aren’t lightweights either, comprising a tourbillon, 19 jewels, and a 55-hour power reserve. 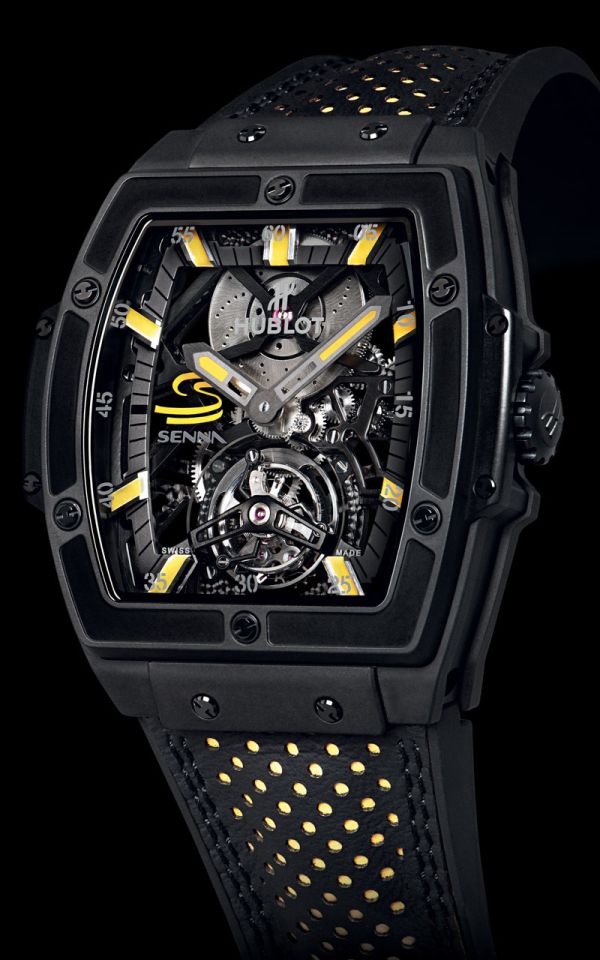 As I mentioned, there are two different case materials – titanium, and something Hublot calls King Gold (to me, it looks like a slightly brassier version of rose gold); with the titanium model, you can have it in a natural finish, or black PVD.  Of note, the choice of case also informs the accent colors used, so there are some greater visual differences in the models.

Given Hublot’s position in the luxury market, the technicalities involved in the watch, and its limited-edition nature, pricing certainly will be firmly entrenched in the upper end of things.  While I’ll not be seeing one of these anytime soon, it’s interesting (and sometimes fun) to see what’s coming out of high-end horology. 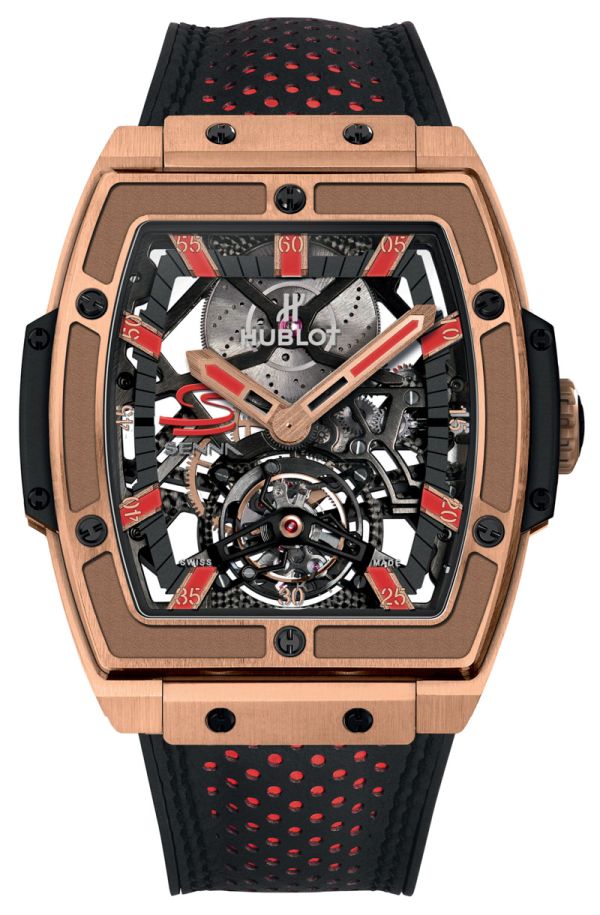