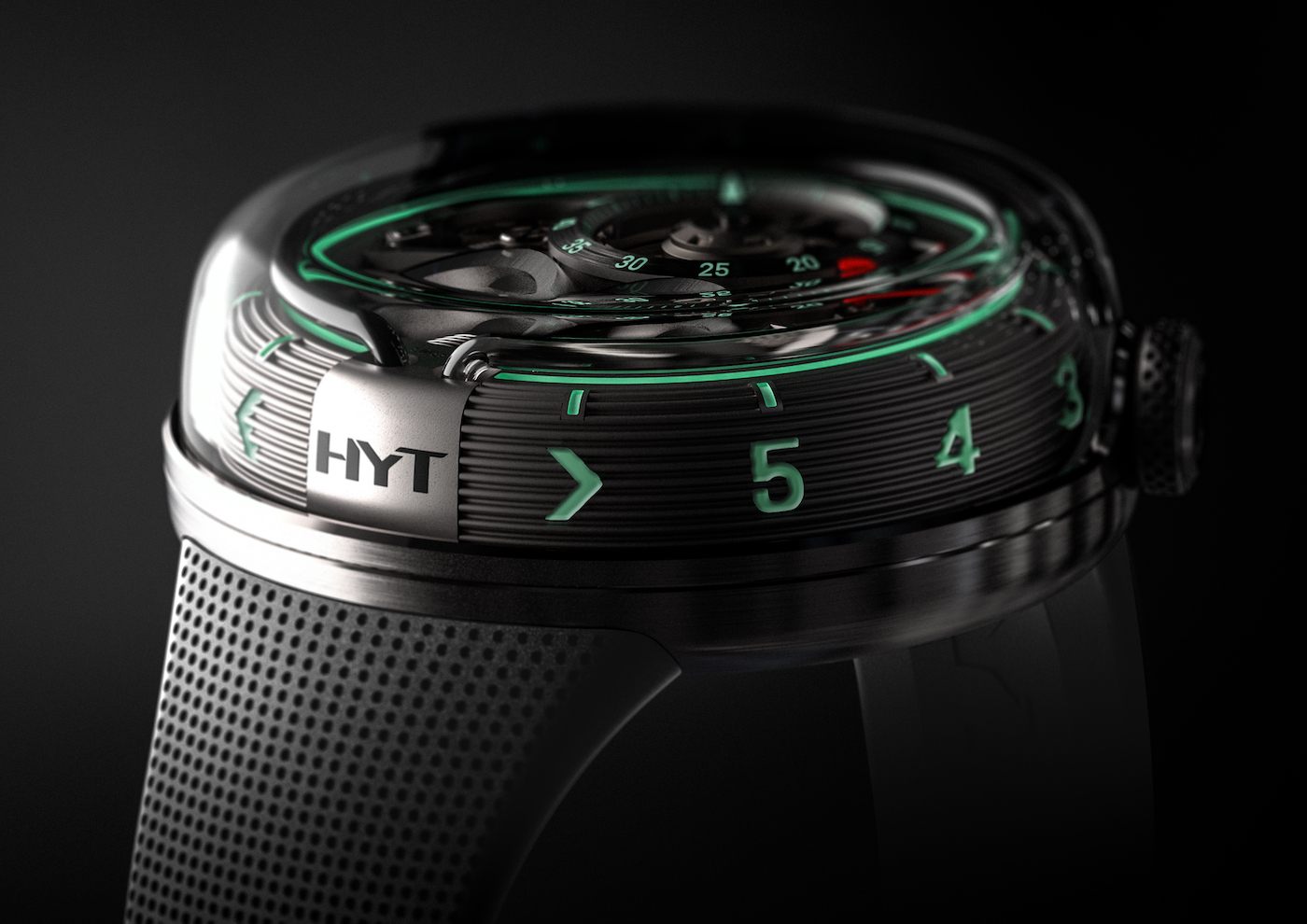 The HYT H1.0 is the latest addition to a collection that finally seems to be finding its feet. HYT — the hydromechanical horologists from Neuchâtel, Switzerland — is a brand best known for the fluidic time display used in its watches. Since the brand’s founding in 2012, every single one of the HYT releases has featured a liquid hour hand. The time is indicated by a visually imperceptible meniscus that separates a colored fluid from a clear one as they meet in the center of an incredibly thin glass capillary made by HYT’s sister company, Preciflex. The minutes are (generally, though not always) indicated by way of a traditional minute hand mounted on a 12-hour sub-dial at 12 o’clock.

Various other indicators and features have popped up along the way, such as running-seconds indicators, power-reserve indicators, and dynamo-powered lights. Just a couple of years ago, in 2017, HYT seemed to reboot its entire offering. The brand started to limit the releases of watches featuring a more “traditional” case shape and layout and, instead, began focusing on the H0 collection, giving the brand’s wares a decidedly more sculptural feel. While that particular family often missed the mark for me, the H1.0 is, in my opinion, a strong mix of the brand’s original H1 model, and the best intentions of the H0 series. 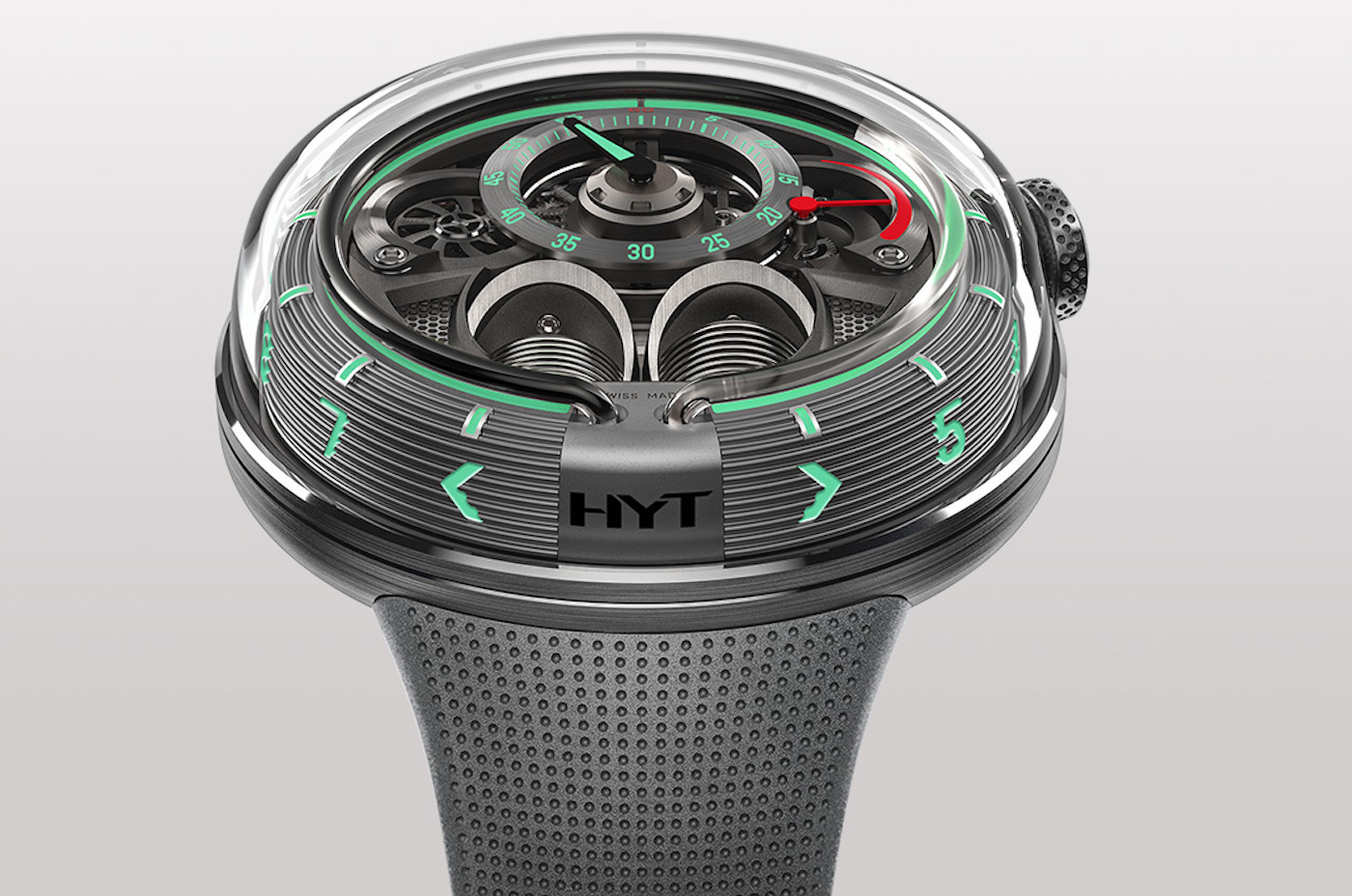 The H1.0 and the H0 collections feature the same base technology as the H1-H4 collections that preceded them. However, the newer cases favored by the brand have a high sapphire dome that enables an incredibly three-dimensional view of the internal mechanics, as well as a novel location for the hour markers (on what is effectively the side of the case). If you go back and have a look at the earliest H0 models and compare them to the release of this H1.0, you will see the same DNA but a much more mature design.

In my estimation, HYT hit a home run with the launch of the H1 back in 2012. Although some of the earliest iterations do look a little dated now (like the version with the bright green case), the brand had a distinct core concept that it did well to execute without overcomplicating things. As the range and the technology evolved, so did the complexity of the design. At the time, the H0 appeared to hit the reset button. The attempt was to strip everything back to those core concepts that set the brand apart. 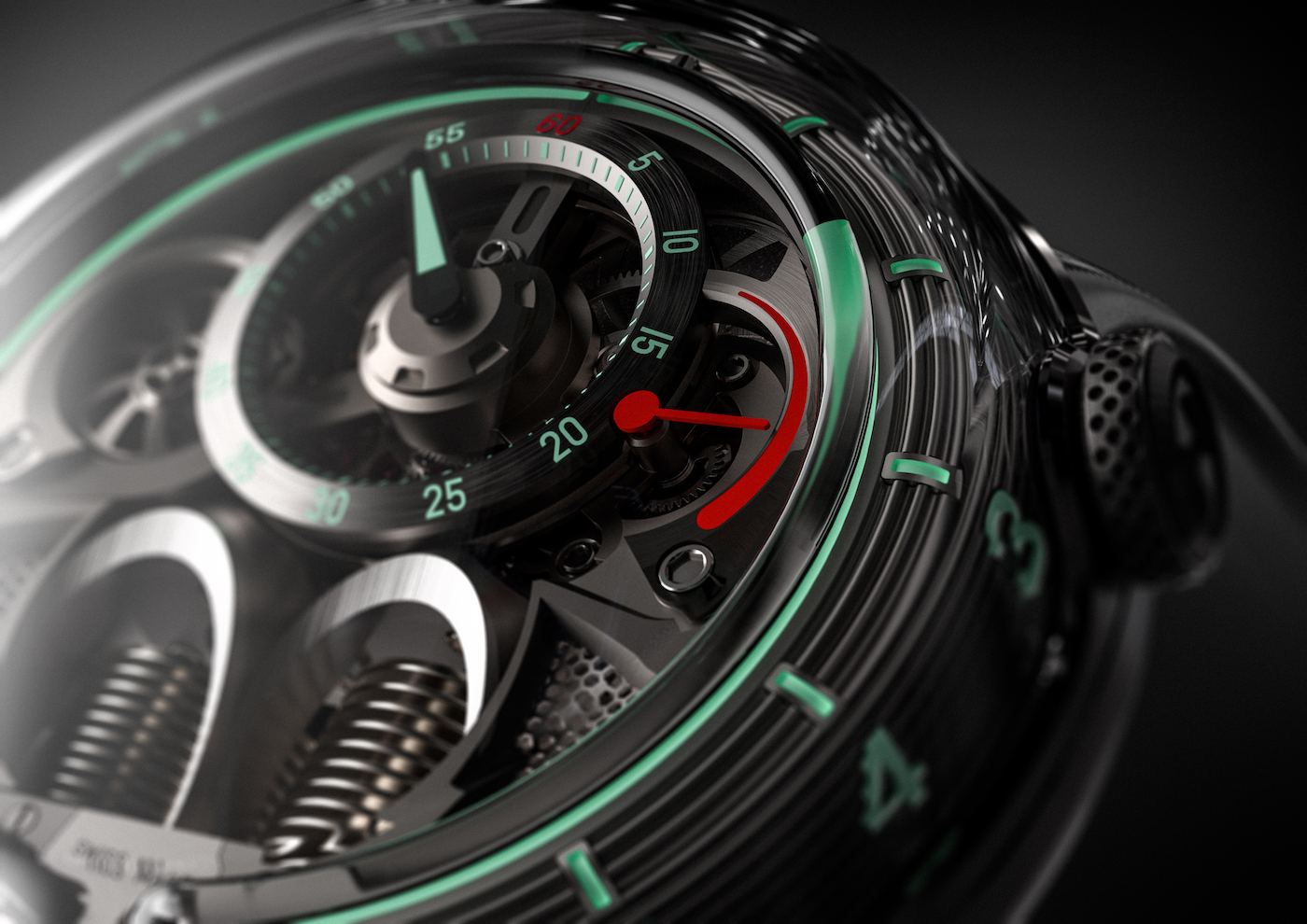 In that way, the H0 family was successful, but it very much looked like a work-in-progress. What I see now in the HYT H1.0 is a much stronger design that blends the cleanliness of the H0 range with a little bit of the industrial artistry you might recall from the H1 and H2 families.

Most importantly, the H1.0 is the grownup version of the H0 that is finally able to embrace itself and have a little fun. (This colorway bests the previous attempts, in my view.) There are myriad 3D elements to this dial design that add depth and visual interest to proceedings. The bellow arches are a great feature, and the chamfered minute ring is interesting without being distracting.

There is a confidence in the design of this particular piece that I like. The 65-hour power-reserve indicator is finally clear and easy to use, and the bright red hand offsets the cool minty turquoise of the Super-LumiNova C7 of the numbers and the glow-in-the-dark fluid illuminator strip perfectly. The fluidic indicator itself is black, which provides a stark contrast to the luminous green beneath it.

The seconds hand, which, in this model, takes the form of a spoked wheel around the traditional position of 10 o’clock, is a joy. Again, the moving elements of the dial are brilliantly prominent in a way they have so often failed to be with recent HYT models. 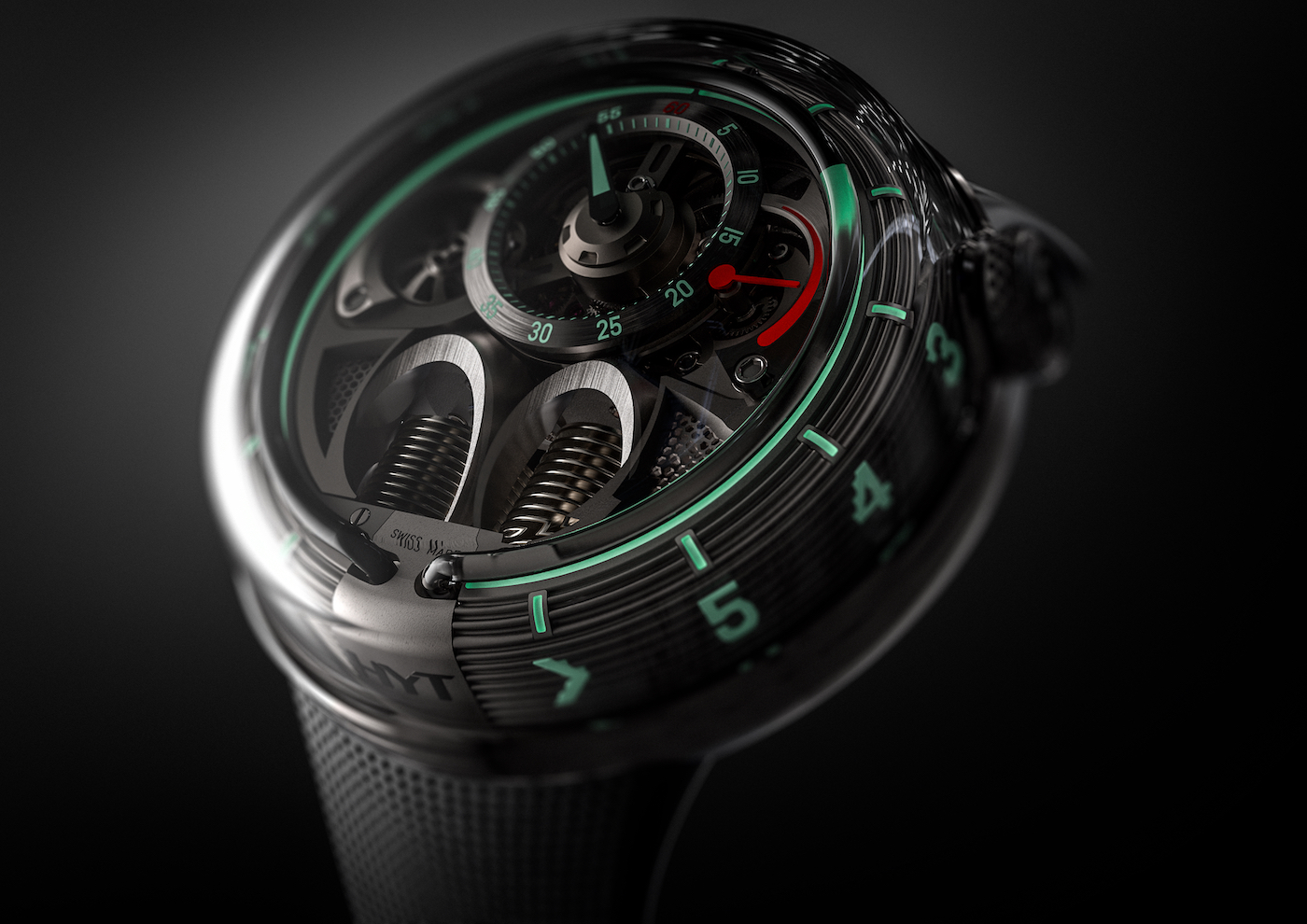 At 48.8mm-wide, the case, made mostly of sapphire but grounded on a stainless steel base and boasting a stainless steel crown, stands up tall on the wrist, coming in at a towering 20.08mm. However, the absence of lugs makes this a wearable piece. I had started to come around on the H0 styling with the release of the HYT H0 Time is Precious watch, but this new, further evolved family has totally got me on its side. The price for the HYT H1.0 will be $49,000 and it will not be limited. Learn more at hytwatches.com.