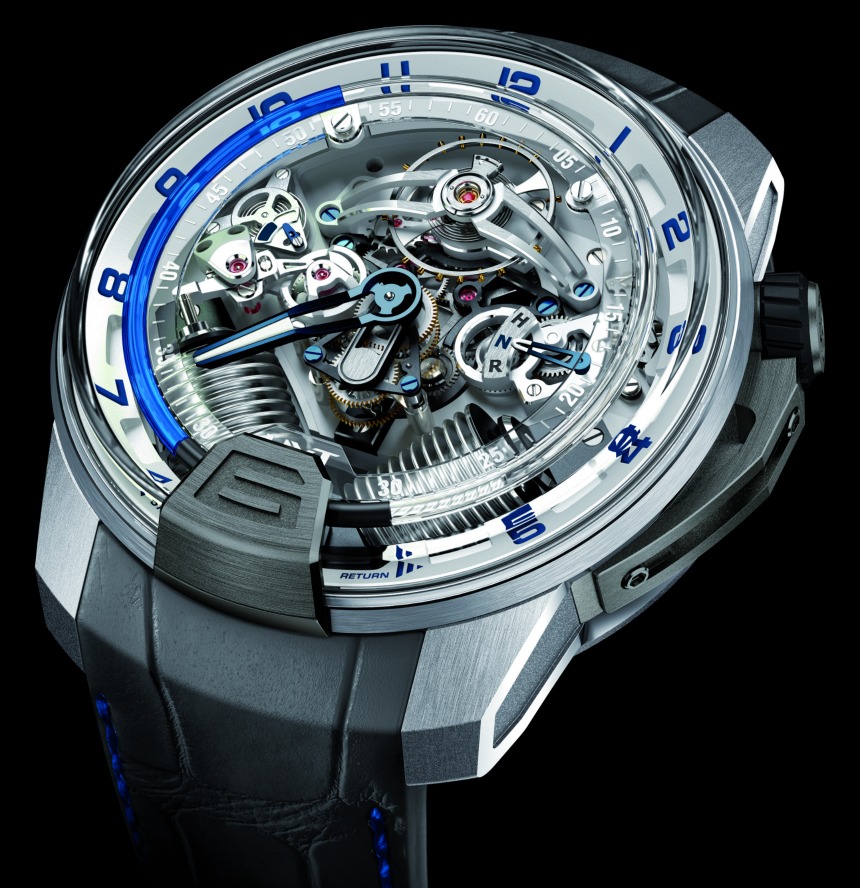 For 2014, the Hyrdomechanical Horologists (HYT) will release new color and material versions of the H2 watch that they originally released in 2013 (hands-on here). If you recall, we really liked the H2, so much so that we included it in our list of top 10 watches for Baselworld 2013. The H2 is a higher-end version of the H1 (hands-on here), that was the debut model from HYT and combined a traditional mechanical movement with a liquid indicator for the hours. There are going to be three limited editions for 2014 and here we will cover the two that use new liquid colors. The new 18k white gold and titanium H2 watch offers a new look for the popular model with a lovely blue, versus green, liquid hour indicator. Next, is a platinum & titanium model with a cool red hour indicator liquid. 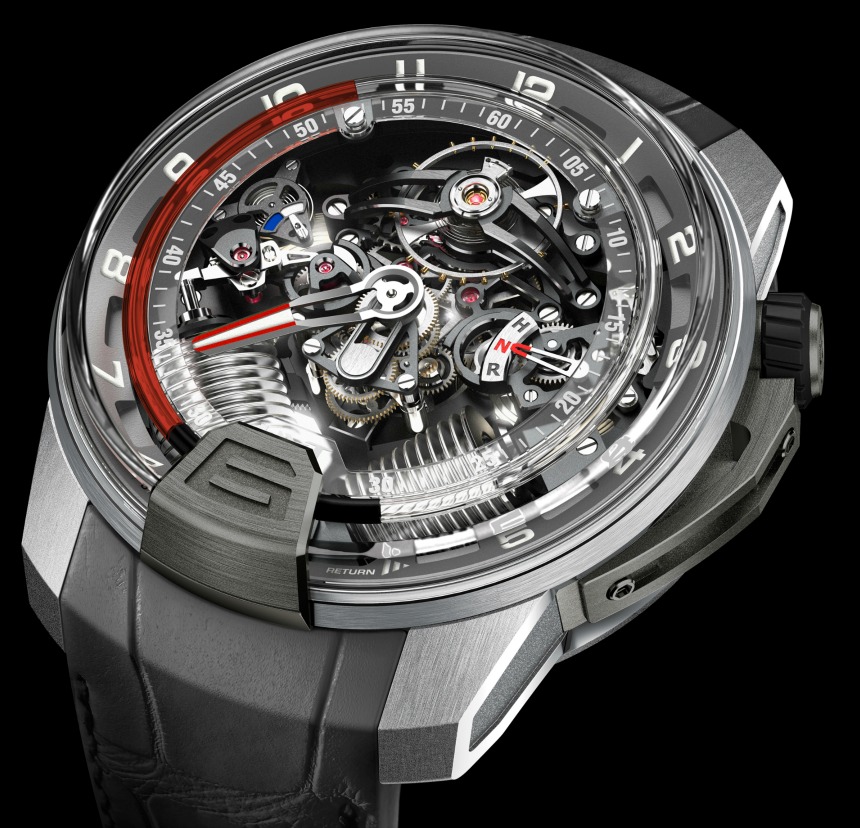 The movement in the H2 looks like a piston engine and is produced in collaboration with Renaud & Papi, though they aren’t involved in the liquid system. With 192 hours of power reserve, it has a retrograde hand for the minutes, while the hours are indicated via the blue liquid in the tube. Basically, you look at where the liquid line ends on the hour scale. It is a very clever and futuristic looking system that we’ve really come to appreciate. HYT began to show off a range of colors in addition to the original green liquid such as red as well as blue – which are all going to be represented this year in small batches. 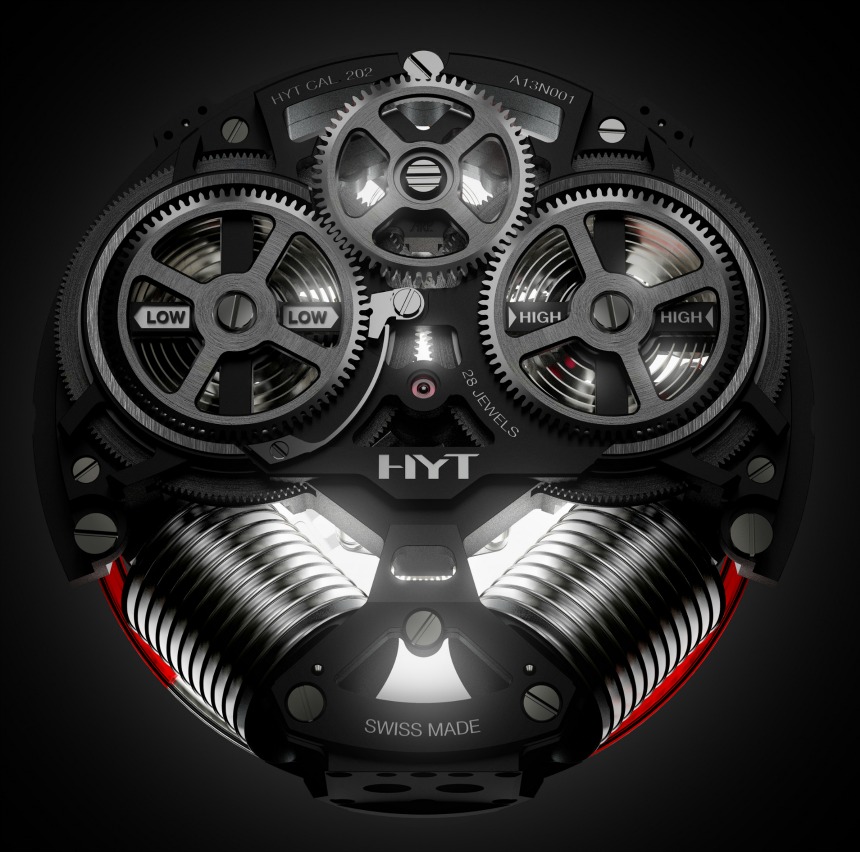 The H2 movement is pretty fabulous looking, with its intricate three-dimensional architecture and visible features all on the dial, including the balance wheel and most of the gear train. The dial also has a power reserve indicator and function indicator for the crown (hand-winding, neutral, or time setting). It also happens to have a temperature indicator. The H2 is a much more exclusive and even higher-end item compared to the H1, but it is also a much more impressive piece of horological art. 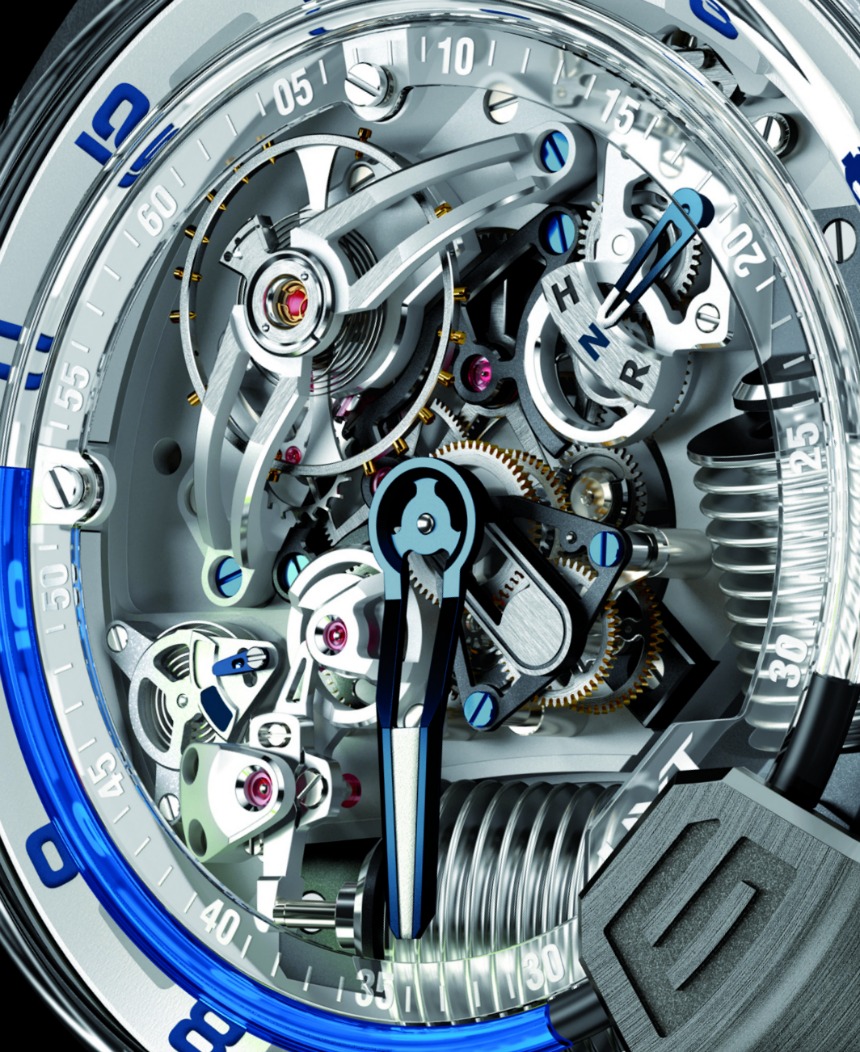 The H2 is also a large watch. HYT designed it with a 48.8mm wide case that here is constructed in both titanium and sections of 18k white gold of platinum. The original H2 was in black-coated titanium only. There is a third model not shown here, that is much like the original, but with a black and 18k red gold case (ref. 248-DG-00-GF-AB). With the lighter metal tones and accents of blue, the H2 White Gold & Titanium has a more sophisticated look compared to the “science boy” looks of the black and green model. The Platinum Red model is somewhere in-between. It is certainly a bit more understated but has a cool, evil look. In a sense, this blue-versus-red series of watches is a bit like the good-vs.-evil Rebellion-vs.-Empire forces in Star Wars. 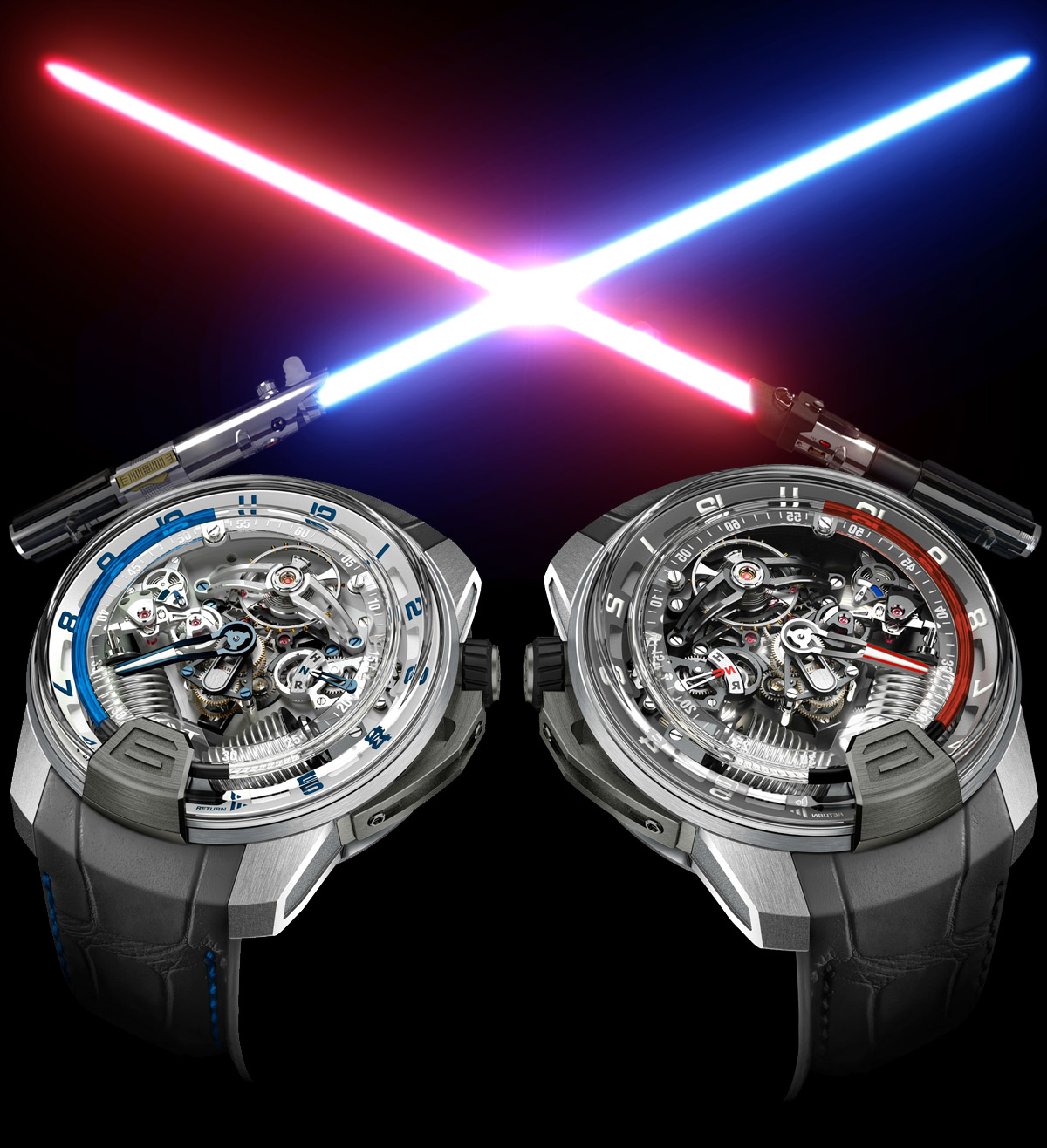