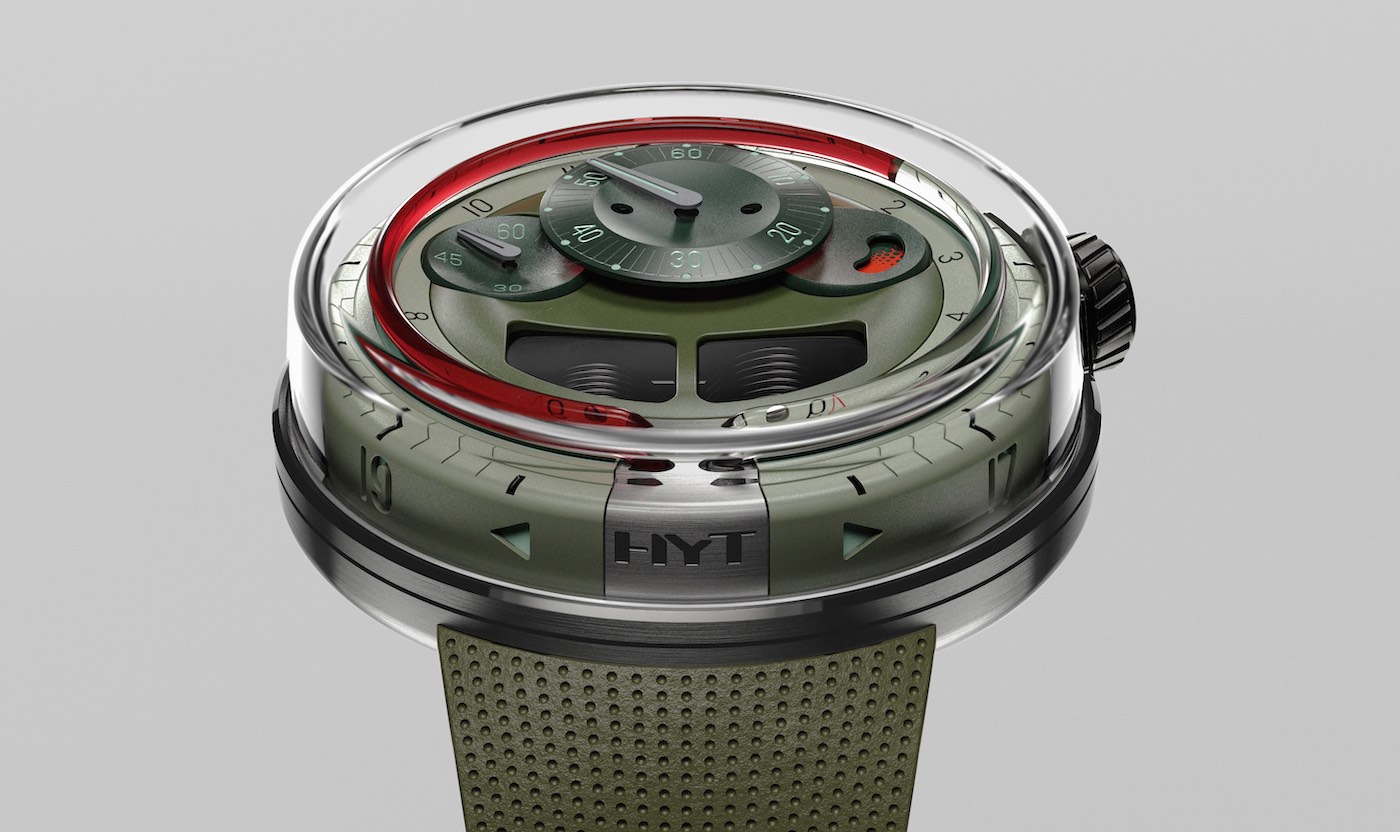 As summer starts to hit the Northern Hemisphere, many of us will be spending more time outside. For those of us looking to move through nature undetected, HYT has obliged with some luxury camouflage. Two new HYT H0 watches in stealthy colorways for the outdoor season are the latest offerings from everyone’s favorite hydromechanical horologists from Neuchâtel. 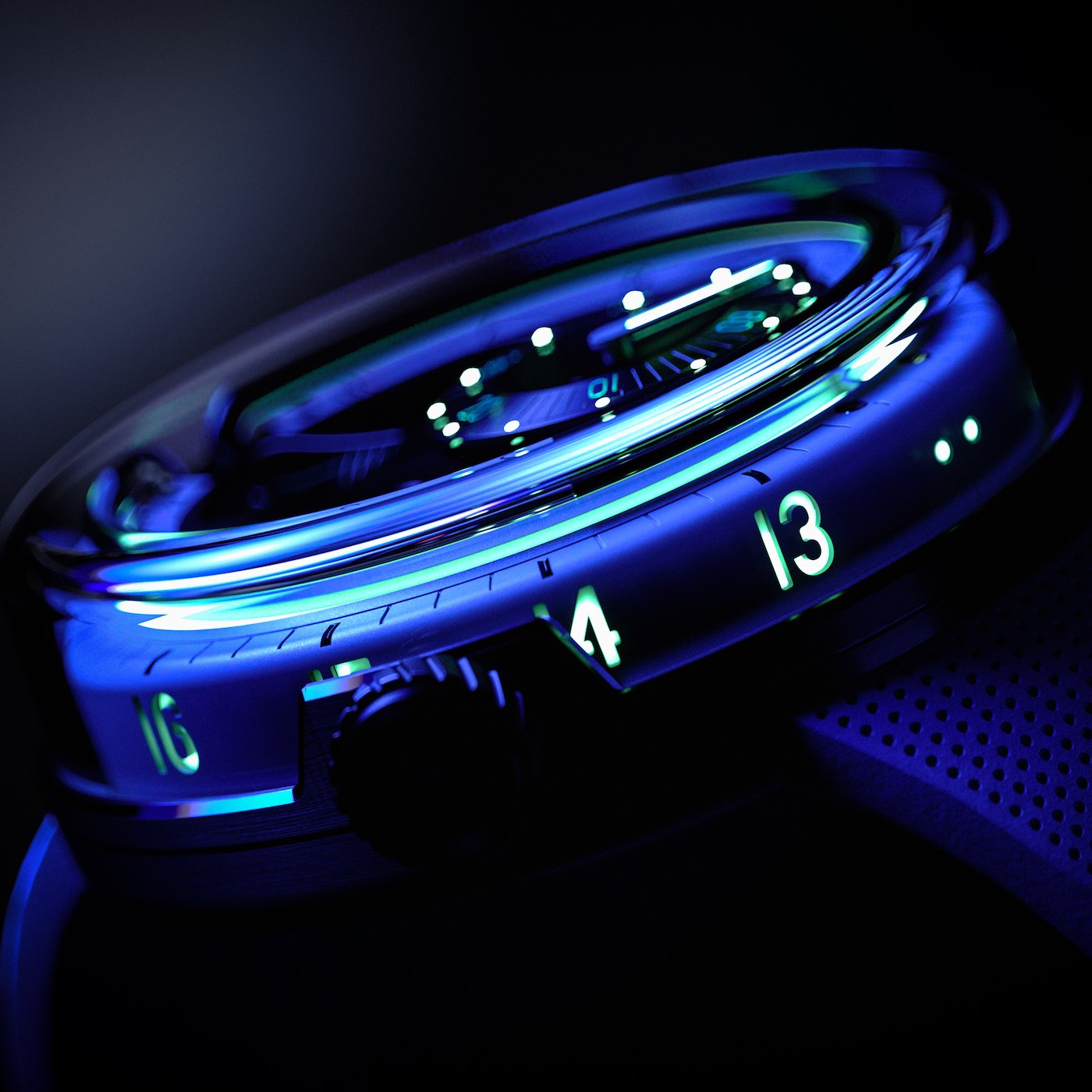 When HYT started out in 2012, the brand’s wares were much more mainstream in their overall aesthetic. Yes, the distinctive bellows and fluidic hour indicator have always set the brand apart as something quite special, but originally it looked as if they were playing a game in their own way, but still by established and agreed-upon rules. 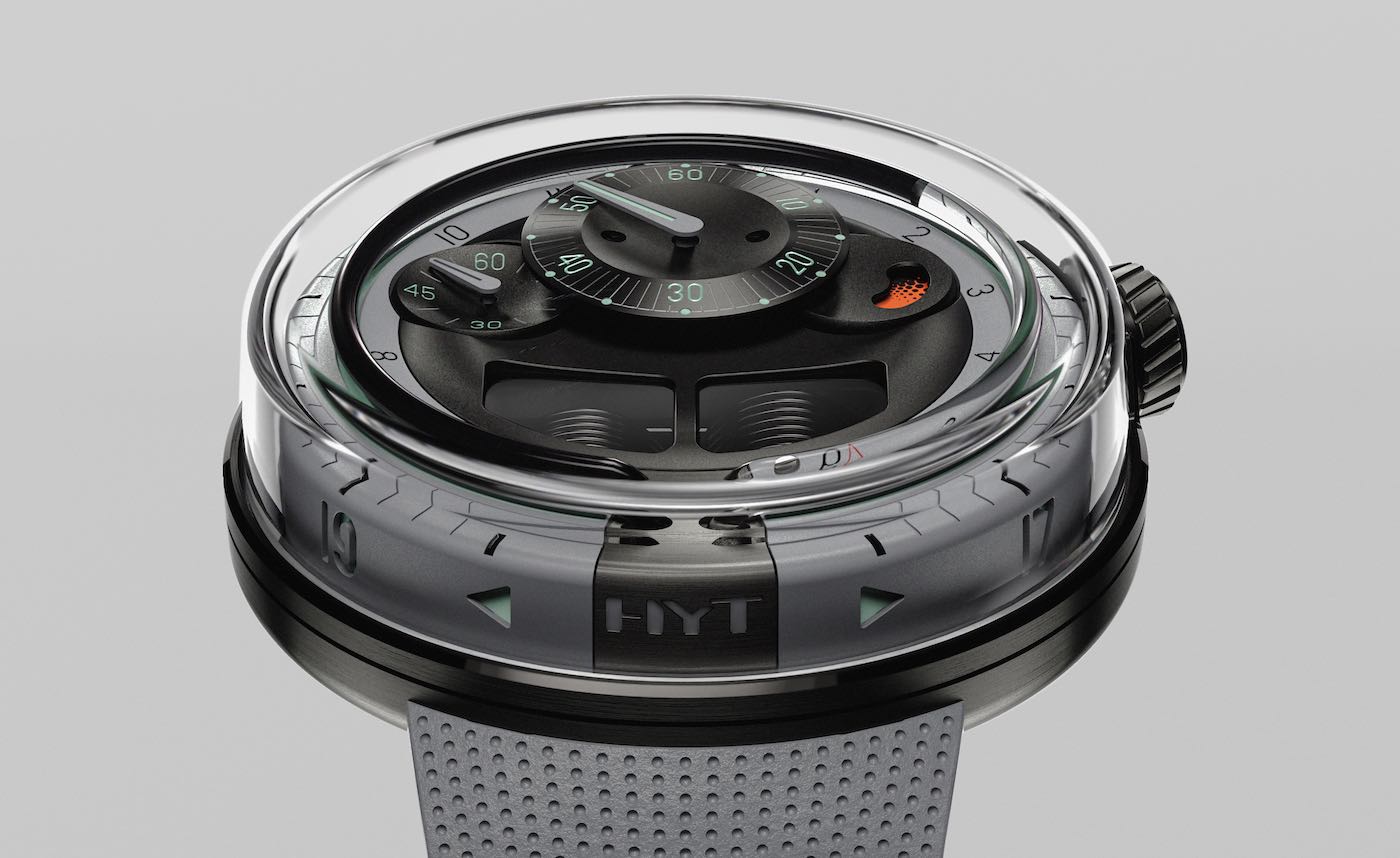 The last couple of years and the last few major releases from the brand have seen HYT embrace its sculptural side. The unique method of time indication has more recently been given total dominance over the watch display it brings to life. Now the glass capillary is not only visible from many more angles, thanks to the sapphire “pebble” case, but it also appears to be sitting higher above the other dial elements than in earlier designs, simply because of the absence of traditional case walls. 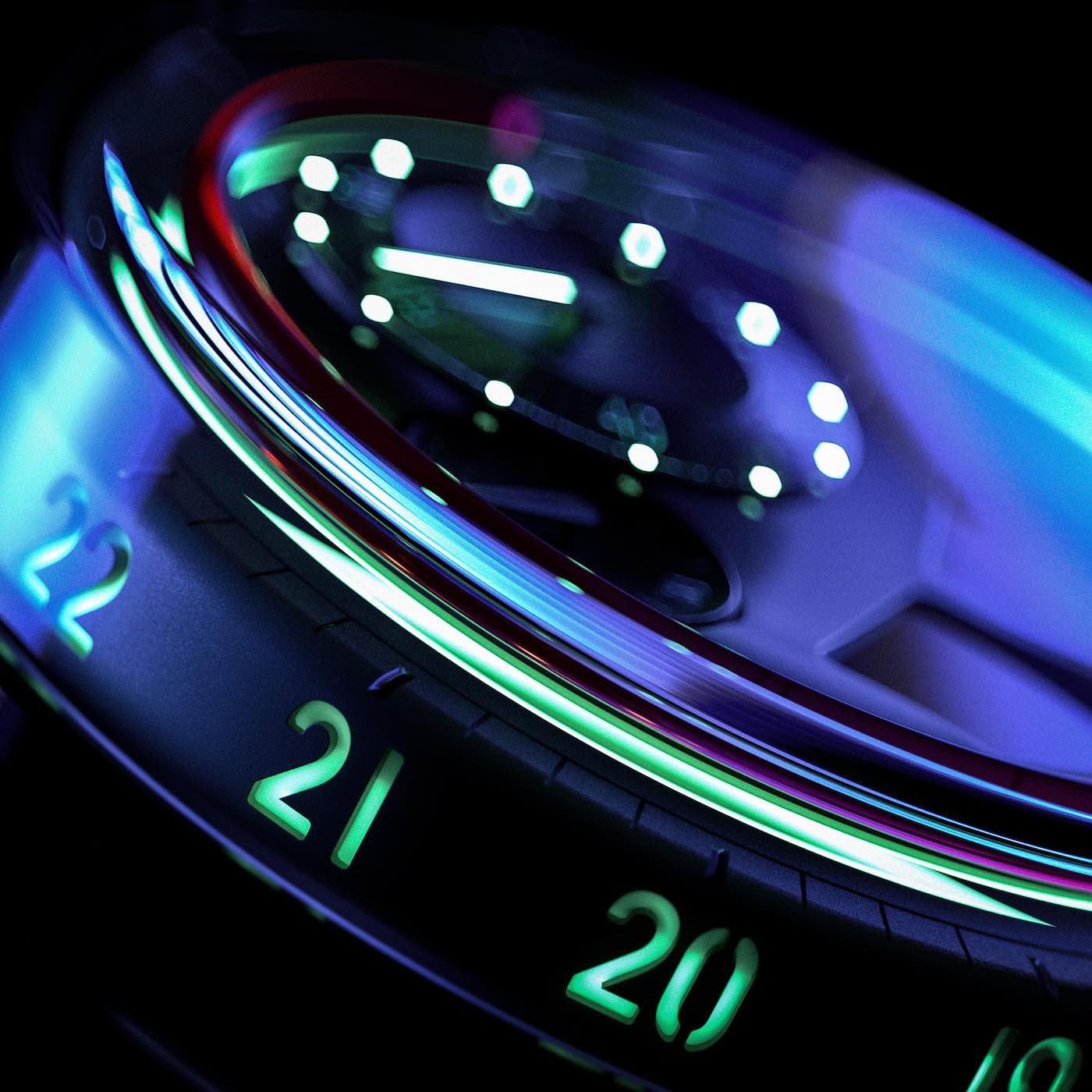 In addition to the main selling point of all HYT watches being placed firmly front and center, the level of visual depth in these newer HYT displays is very impressive. The minute hand sub-dial at 12 o’clock has a wide, chamfered edge that plays its part in guiding the wearer’s eye from the hour, to the minute, to the seconds (indicated by a smaller sub-dial around 10 o’clock) and the power-reserve indicator (located around 2 o’clock and looking particularly fabulous in the hot red/military green combination). This organic journey through the time-telling aspect of the watch is something we take for granted in highly legible watches with a traditional layout, but in this case, the level of difficulty associated with such an unusual format is extreme. 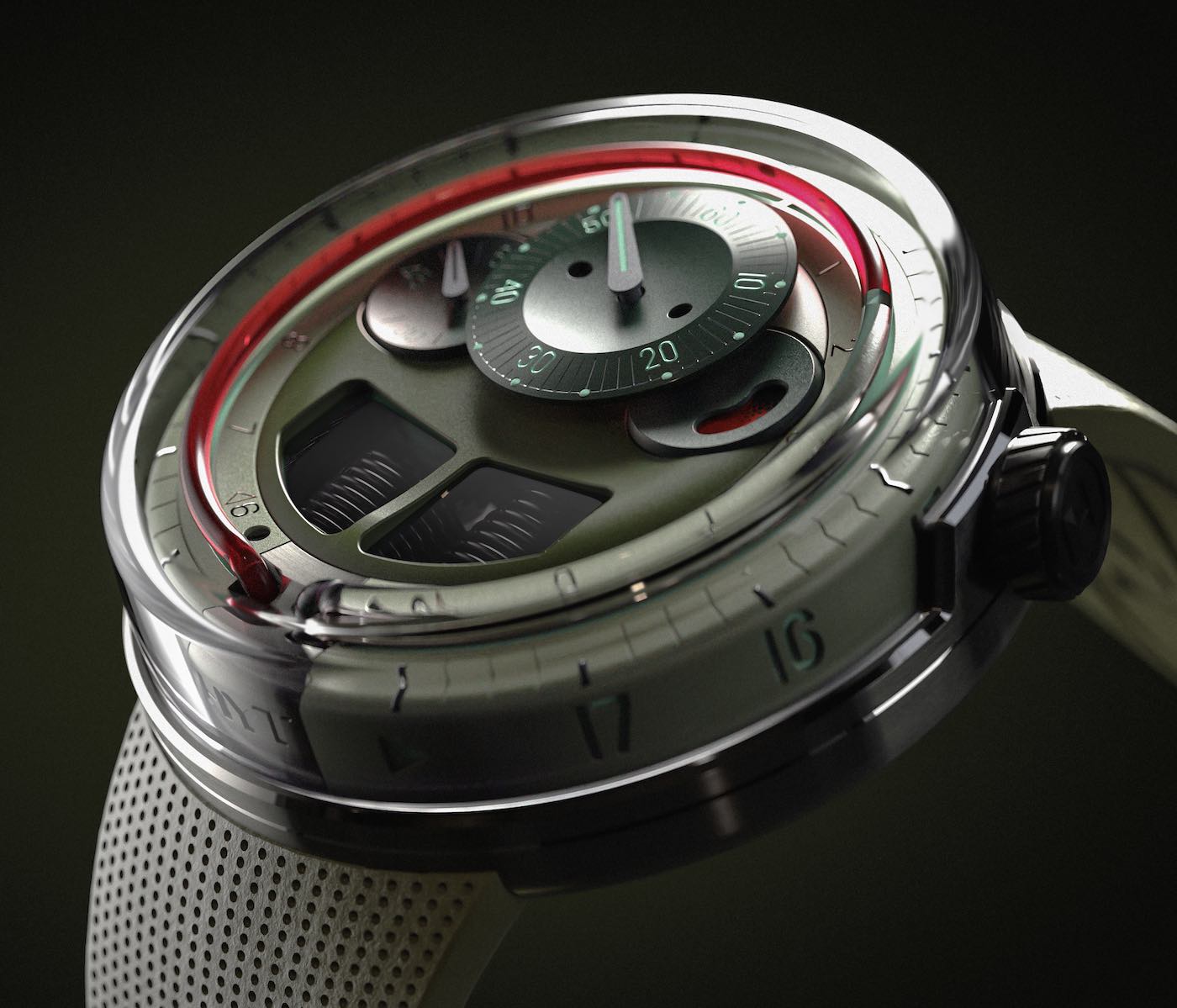 The HYT H0 range has seen many new models over the past year or so. It is very worth taking a close look at these pieces, and the subtle differences (beyond simply chromatic) that is being worked into the range as it becomes ever more refined. The subtle tweaks, modifications, and improvements to this design have resulted in a varied offering of what has become a core aesthetic for the brand. The new HYT H0 in military green and stealth colorways will be priced at CHF43,000. Learn more about this avant-garde technology at hytwatches.com.