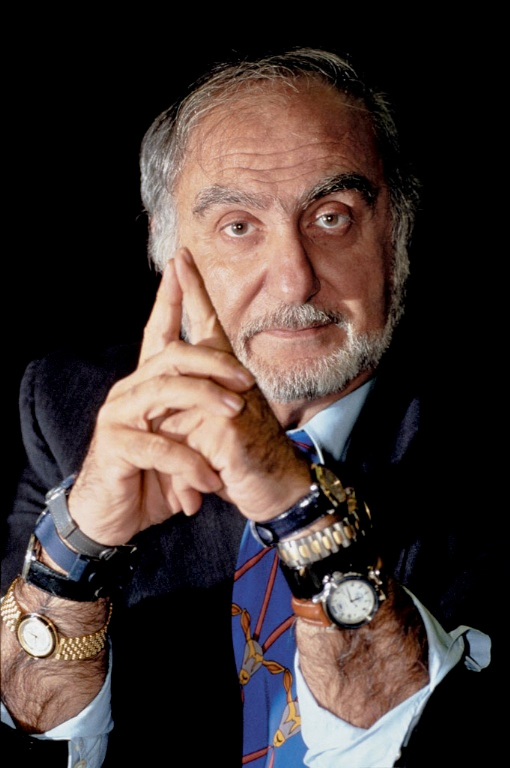 Image Of A Watch Czar: Swatch Group’s Nicolas Hayek With His Wares

Big year for Swatch Group AG, the Swiss giant has reporting above average profits and double-digit growth across the board. Swatch Group owns the watch movement maker ETA, along with a number of brands including Omega, Breguet, Longines, and Glashutte Original. Last year’s profits hovered over $5 billion, certainly amazing given the market and volume of watches produced. Despite increases in material and production costs, Swatch Group continues to expand, open new facilities, and push forward into new markets. Of course, innovation and product design are at the heart of its success, which makes one wonder why American auto makers have not followed suit when considering how to save themselves.

Chairman of Swatch Group, Nicolas Hayek, sits high and proud over the many brands and applications of the Swatch Group. He can be attributed with revitalizing the company, and assisting to bring back the mechanical watch to its place of prominence. Being a family man, Nicolas Hayek has brought his son underneath him who will someday take over in his place. While some of Hayek’s decisions can be considered controversial, or even too conservative, no one can argue with his success.

Swatch Group represents the largest watch conglomerate in the world. No one can match its market leverage, consistence of quality in such large volumes and marketing abilities. Even though Hayek prides himself on mechanical high end watches, it is the Swatch brand of quartz watches that can be attributed to Swatch Group’s current success and global position. Truly an irony for those who understand the common conflict between mechanical and quartz watches. Too bad Swatch Group AG is not traded on any US markets or it would make a wonderful investment, it is however publicly traded in Switzerland. See Swatch Group AG (UHRN.S) stock performance here.