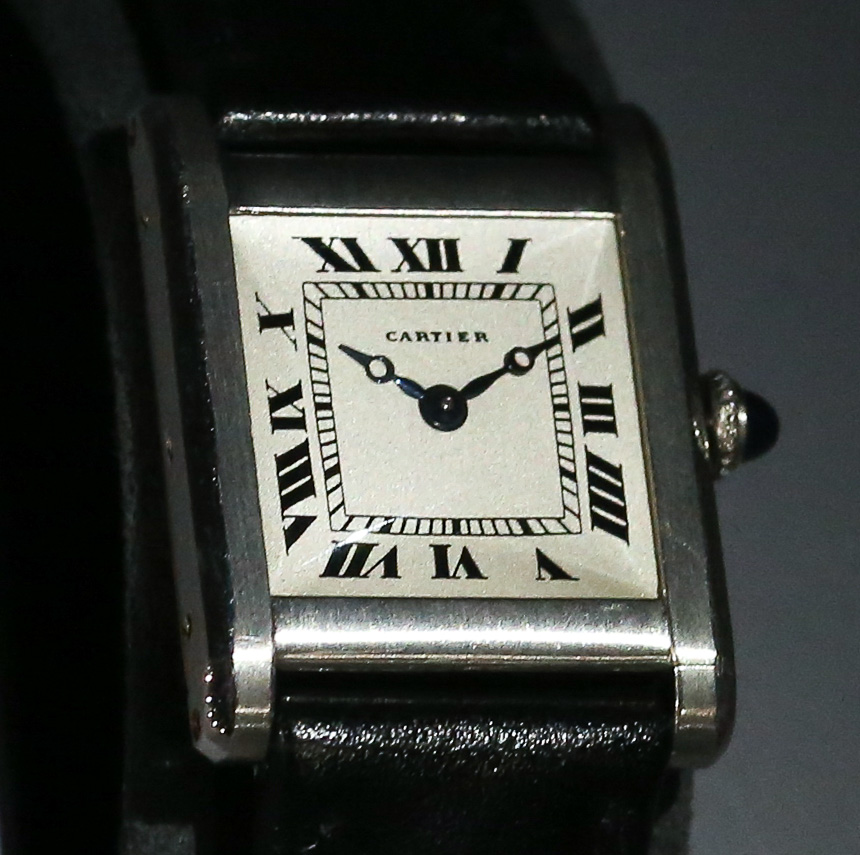 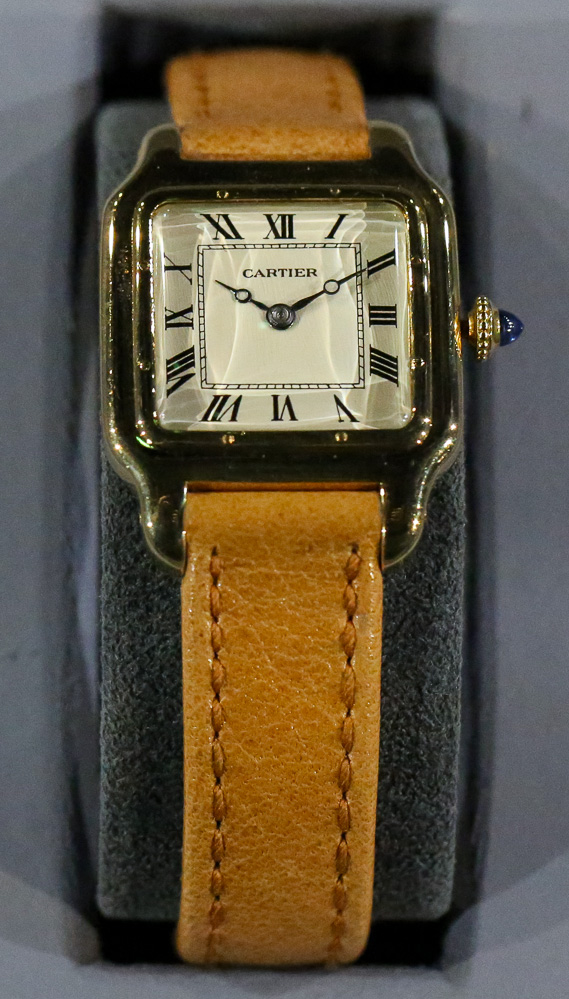 Most watch lovers know that Cartier was an early pioneer of the wristwatch, especially for men. It was not until the 20th century that wristwatches enjoyed any real “mass production” and the transition from pocket to wristwatch did not occur overnight. When Cartier entered the wristwatch market it was still a product for the very wealthy. Small mechanical movements were still rather exotic, and a timepiece was still a serious (yet necessary) investment for most mainstream consumers. At a special Cartier exhibit located at the Grand Palais in Paris, we were able to view some of the earliest Cartier men’s watches ever made. 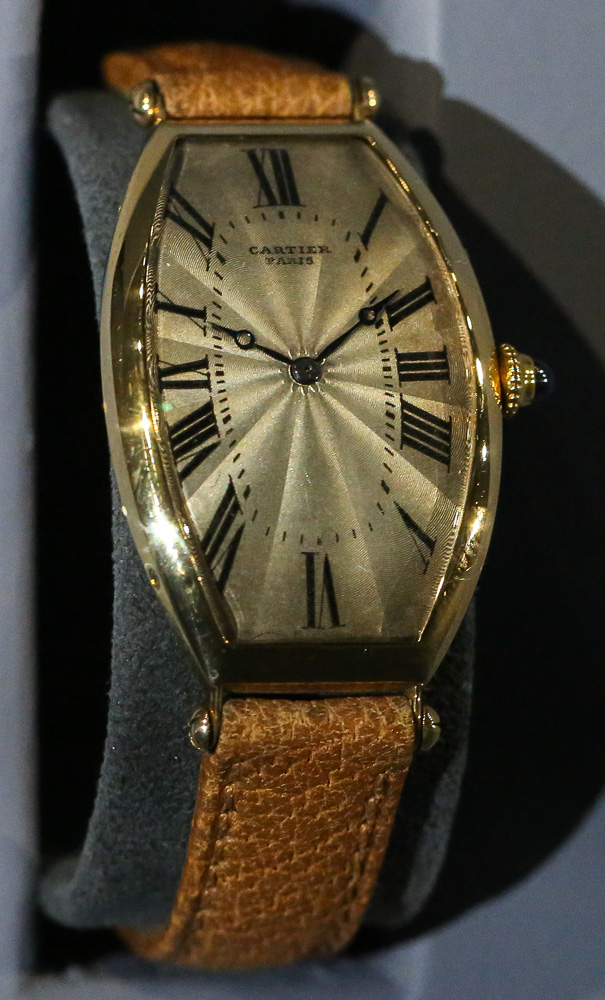 When the wristwatch started its life in the public eye it was mostly considered a women’s item. An extension of the bracelet, the wristwatch was seen as being dainty and a lot like jewelry. Even so, Cartier believed in the future of the wristwatch. Cartier started making watches in first decade of the 20th century and in the 1900s also began producing the first men’s watches. What you see here are a range of very early Cartier men’s watches re-acquired by Cartier with models from as early as 1911. Though records indicate that Cartier began producing men’s wristwatches from as early at 1904. 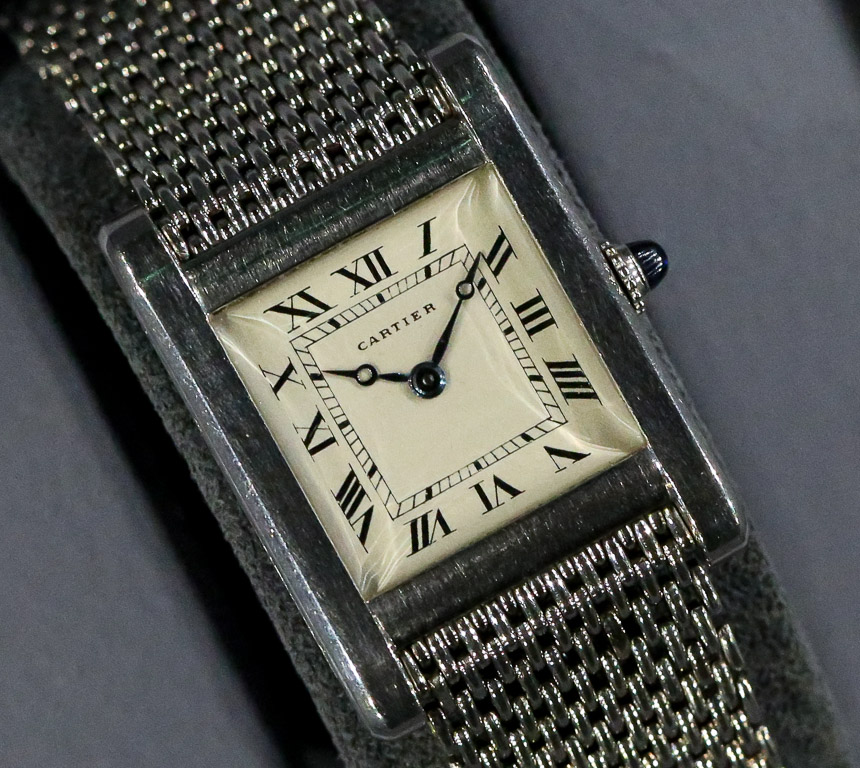 As the story goes, Cartier produced its first wristwatch for friend and aviator Alberto Santos-Dumont who wanted a watch he could wear while flying. This was less than a year after aviation even began when the Wright brothers flew the first powered flight in 1903. It was 1904 that Cartier produced a watch for Santos-Dumont. Unfortunately, the actual piece that Cartier made for Santos-Dumont (whose style lives on in today’s Santos and Santos-Dumont collection watches) has been lost to history. However, Cartier does have an extremely early Santos-Dumont watch from 1912. Square and in gold on a leather strap, one can examine a design that has endured for over 100 years.

Cartier Tank watch in platinum from 1920

The Santos-Dumont represented a new type of design that followed a trend of timepieces that moved away from the traditional round cases of pocket watches. After the square Santos-Dumont watch Cartier created the Tonneau watch in 1906 and later the Tortue. All of the early Cartier watches (for both men and women) feature tonneau (barrel-shaped), square, or rectangular case designs. Produced one year before the Santos-Dumont, Cartier has a Tonneau wristwatch from 1911. Also in gold, the dial has a beautiful light guilloche engraving that was popular in other Cartier products at the time. 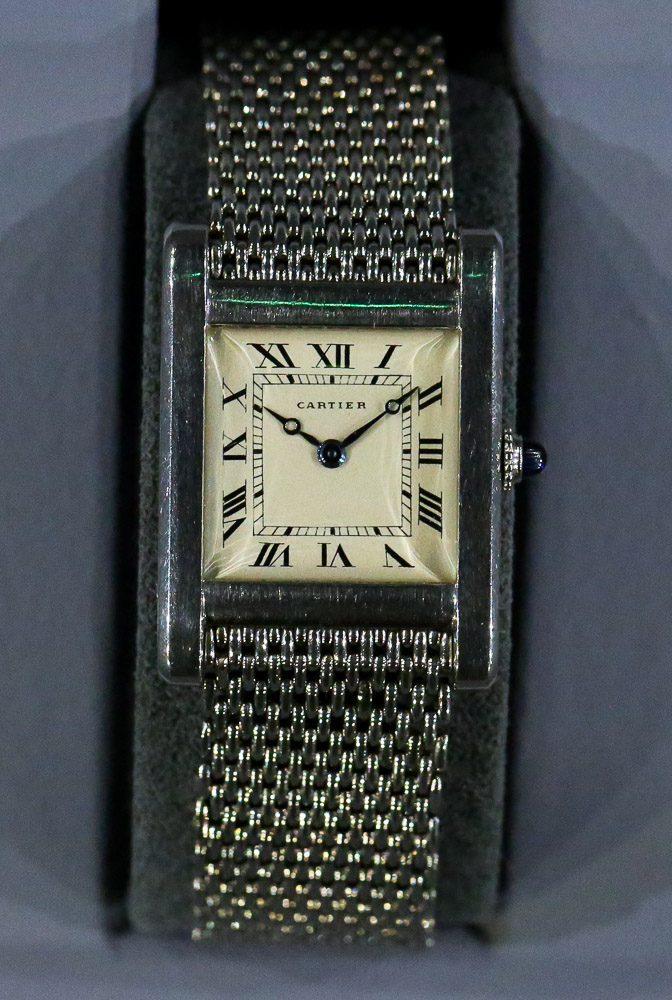 What I find interesting is the distinctive Cartier crown that showed up so early. With a blue sapphire crystal cabochon, it is a look often imitated and very indicative of Cartier in modern times. Each of these timepieces offers a lovely restrained design that is imminently modern. At the time Cartier was an early adopter of a more minimalist and clean aesthetic in all of their creations. Logically, the company embraced art deco very early on and their interpretation of an art deco timepiece offered a style more minimalistic than other items they were creating such as jewelry and clocks.

Another thing I find very interesting is the consistency of the traditional Cartier dial. We call it traditional today of course but looking at these timepieces you see dedication to a simple light dial, pomme-shaped blued-steel hands, and exclusively Roman numeral hour markers. There is one place where you can observe a small amount of design experimentation aside from the case shape – note the small difference in style in how Cartier presents their logo across the various watches. Early on it was clear that Cartier mostly preferred clean serif typefaces, but there was some experimentation with a more cursive text.