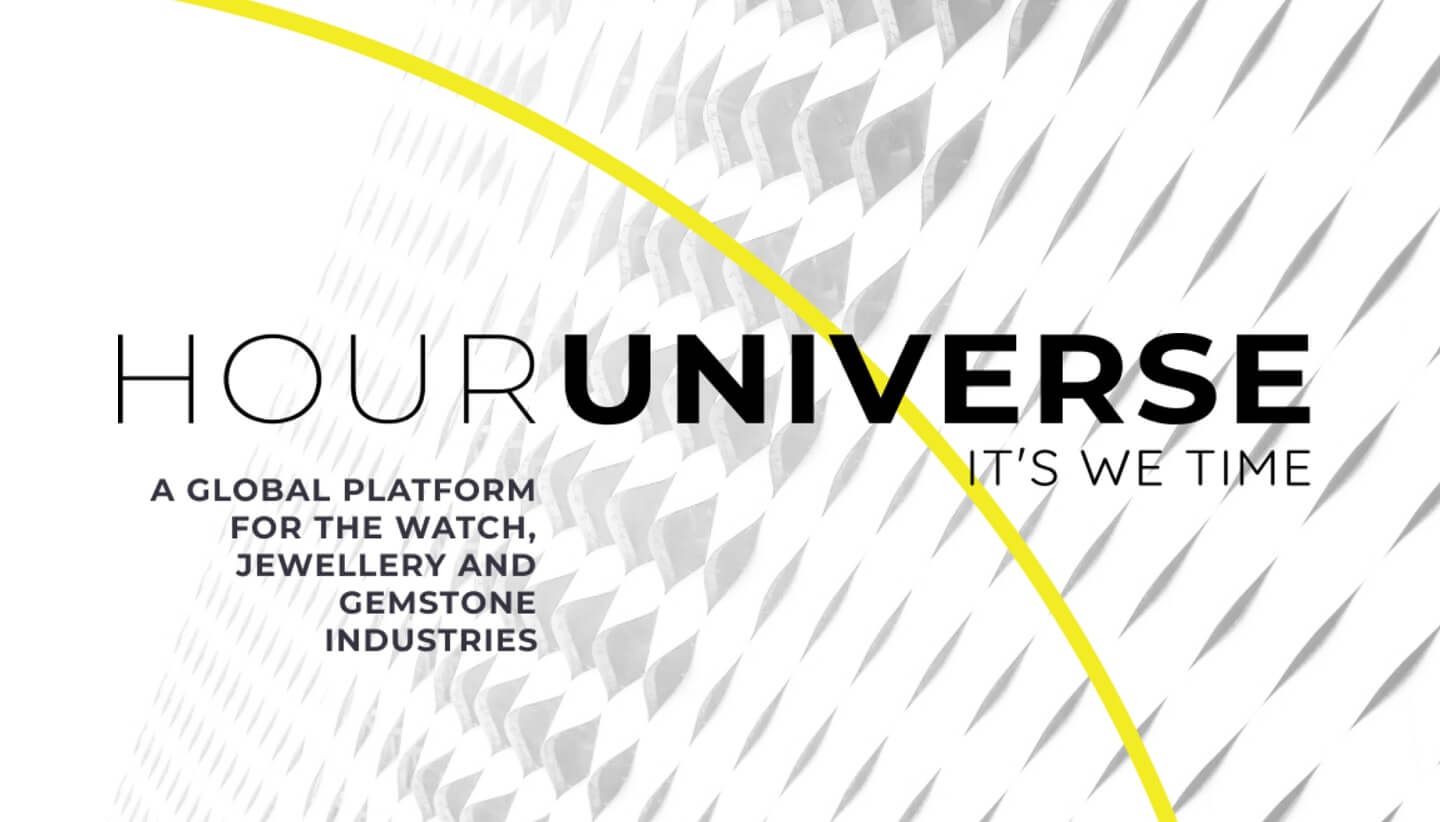 MCH, the parent company of Baselworld, today announced a new show name and concept with “HOURUNIVERSE.” Sharing relatively few details in the press release statement on the topic, I spoke to Mr. Michel Loris-Mikelhoff who ran Baselworld, and now HOURUNIVERSE, about the news and what its means for the watch industry. Much of HOURUNIVERSE is still in the planning stages, but here is what we know about the upcoming independent watch trade show event scheduled to debut in 2021.

HOURUNIVERSE is not a mere response to the 2020  cancellation of Baselworld. HOURUNIVERSE is there result of more than two years of planning by MCH for a show concept to replace the format of what Baselworld used to be. It was only more recently that the decision to retire the Baselworld name was made, and the new show concept given the fresh title of HOURUNIVERSE. Important is the mention that HOURUNIVERSE will take place in Basel at the Messeplatz convention center that MCH currently owns. It is true that there was much discussion about whether or not the show should take place in Basel, Switzerland at all. In the end the home city was chosen again.

Mr. Loris-Mikelhoff provided a few reasons for why HOURUNIVERSE should take place in Basel. The first is that the MCH owns the convention space itself, and that would mean a far lower operating cost with far higher levels of flexibility. Second is that according to MCH research, a lot of the retailers and familiar faces at Baselworld seemed concerned at the idea of getting to know a new show host city. While not always historically ideal as a convention city, Baselworld long-timers do know where to stay, where to shop, what to eat, and how to get around. Thus, according to Michel, a lot of Baselworld guests seemed to feel that Basel as a host city had “comfort value.” Ironically, the “Baselworld” name provides slightly less comfort value to the same demographic.

Finally, MCH could pass on the costs of a lower-priced show to its exhibitors by exhibiting in Basel. Apparently the Swiss city of Lausanne was a strong second choice next to Baselworld, but MCH would have to rent a venue in that city, and be forced to pass that cost on to its clients. Keeping HOURUNIVERSE in Basel was deemed to be the best way to control costs as MCH no doubt will require a number of years to effectively ramp up awareness and traffic at HOURUNIVERSE (leading to profitability).

MCH makes it clear that HOURUNIVERSE is meant to be a digital platform with an in-person show experience once per year. The digital platform is the HOURUNIVERSE website which is intended to have useful information that watch and jewelry industry professionals will need access to on a regular basis. This might be educational material or access to supplier and brand directories. According to Mr. Loris-Mikelhoff, the in-person HOURUNIVERSE show experience will also heavily focus on blending live experiences and presentations with digital elements (namely a lot of screens around the show whose content matches the real world experience). 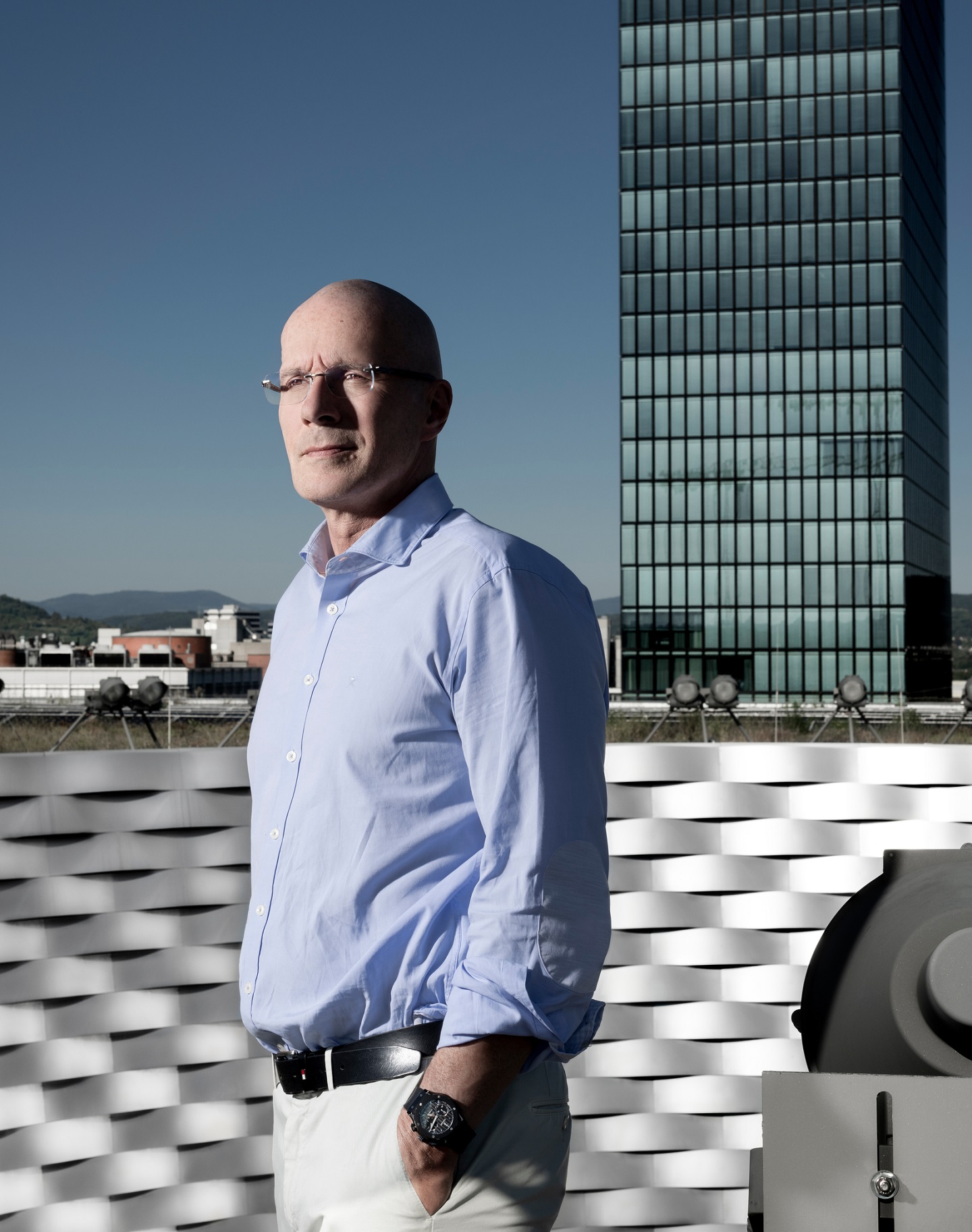 When asked what being at HOURUNIVERSE is going to be like, Michel Loris-Mikelhoff said “forget what the old Baselworld looked like, HOURUNIVERSE will be nothing like it.” HOURUNIVERSE is rather going to focus on smaller and more elegant brand booths, an overall modern, clean, urban, minimalist design, and much more heavily include digital elements. MCH further wants HOURUNIVERSE to feel more like a festival than a fair. That is interesting and encouraging to hear. To facilitate more human interaction, the show needs to encourage people to connect and interact, not just unilaterally via exhibitor presentations.

Human guests will be encouraged to interact with other humans (as opposed to just watch and product) via a bevy of daily opportunities. These include presentation or education spaces dispersed around the HOURUNIVERSE show, as well as dedicated networking and entertainment programs happening ongoingly. Part of this is to appeal to a new generation of watch industry professional who needs a new reason to go to the city of Basel. MCH has made it very clear that they have to answer such a query, and then keep answering the question of “why should you come to Basel for this show?” as they win veteran and novice guests to the debut event.

HOURUNIVERSE will also focus on a wider breadth of watch brands including connected (smart) watches and also very small brands in their “Incubator” space. Such spaces will be more than totemic with Loris-Mikelhoff admitting that the show has a lot to offer the smaller brands because said companies really do represent a lot of the future businesses and activity in the watch industry space – that until recently has been dominated by mostly large, corporate-style operating brands. Other key areas of the watch market such as smartwatches or suppliers will have a greater roles at the HOURUNIVERSE show compared with Baselworld’s recent.

When will HOURUNIVERSE take place? According to Loris-Melikoff the biggest challenge they are currently facing is finding dates that make everyone happy. It is already known that HOURUNIVERSE should be around the same time as the shows happening in Geneva during Geneva Watch Week and Watches & Wonders Geneva. The problem as of now is that Watches & Wonders Geneva does not have final dates yet and there are a number of global considerations HOURUNIVERSE must take into account when planning its event dates. That means HOURUNIVERSE could be before Watches & Wonders, after it, or even partially (or entirely) during it. MCH does not want to ask guests to have to fly to Switzerland twice in the years and says it has the specific goal of making sure guests can hit both shows during one trip to the country. Important to MCH is that they communicate the independent-nature of HOURUNIVERSE. Unlike the Geneva shows it will be less about group politics and popularity, and more about giving interested brand clients value and reason to come back.

MCH has repeatedly said that HOURUNIVERSE is going to be less expensive for exhibitors that Baselworld was. That still leaves the questions open for how MCH will try to recoup lost revenue as historic exhibition fees where comparatively high? The answer appears to be with more on-site advertising at the show (often though the heavy use of in-person “digital experiences”) as well as HOURUNIVERSE’s ability to sell presentation space and time to particular brands or clients. HOURUNIVERSE is probably taking a volume approach, offering a more simple way for brands to exhibit (less expensive), but also make it possible for more brands to come – thus increasing the overall volume of exhibitors.

One major topic of conversation about Baselworld reforms related to the cost of food and accommodations in the city. Guests rightfully complain that prices bloat during the show, and service sputters at the same time. MCH has said that the restaurant and hotel owners have finally gotten the point. They realize that if they don’t normalize their pricing the guests will not come back. Basel businesses finally seem to agree that guests coming to the city paying normal prices, are better than no guests coming to the city to pay inflated priced. Loris-Mikelhoff did not go into further details, but seems to suggest many of the more egregious actors in the Basel accommodations space have sincerely gotten the message that they need to clean up their act.

The first HOURUNIVERSE is meant to launch in 2021, but so much about the show and the floor concept has yet to be finalized. aBlogtoWatch has special access to discuss the HOURUNIVERSE watch show’s upcoming plans, and will update the community with updates well before the show starts. Finally, when answering the question of what the stated goal and purpose of HOURUNIVERSE is, Michel Loris-Mikelhoff simply said that the show will be a place “for the watch industry to meet.” Given the high value of such opportunities and how they seem to consistently drive business in the watch and jewelry industry – there is certainly wide opportunity (as well as expectation) for the HOURUNIVERSE watch tradeshow, and the new era which comes with it. Learn more at the HOURUNIVERSE website here.