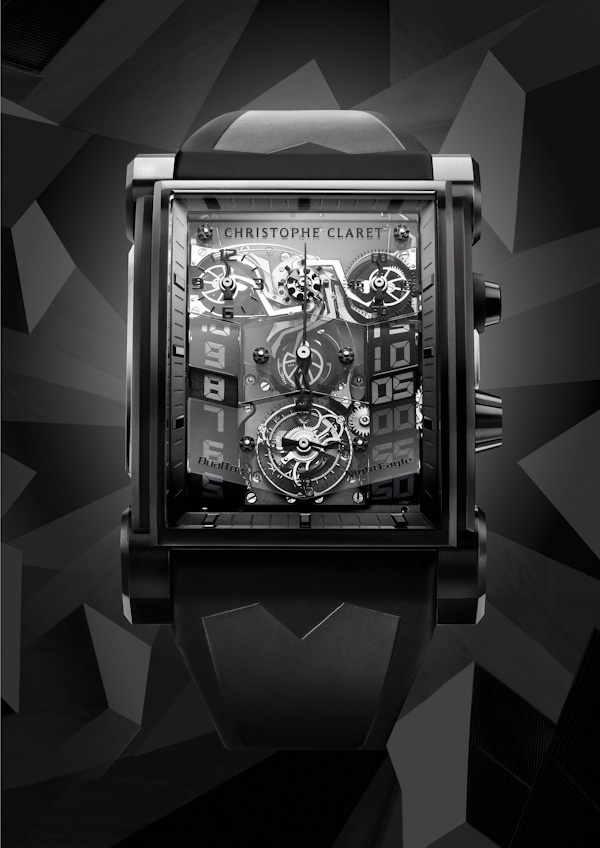 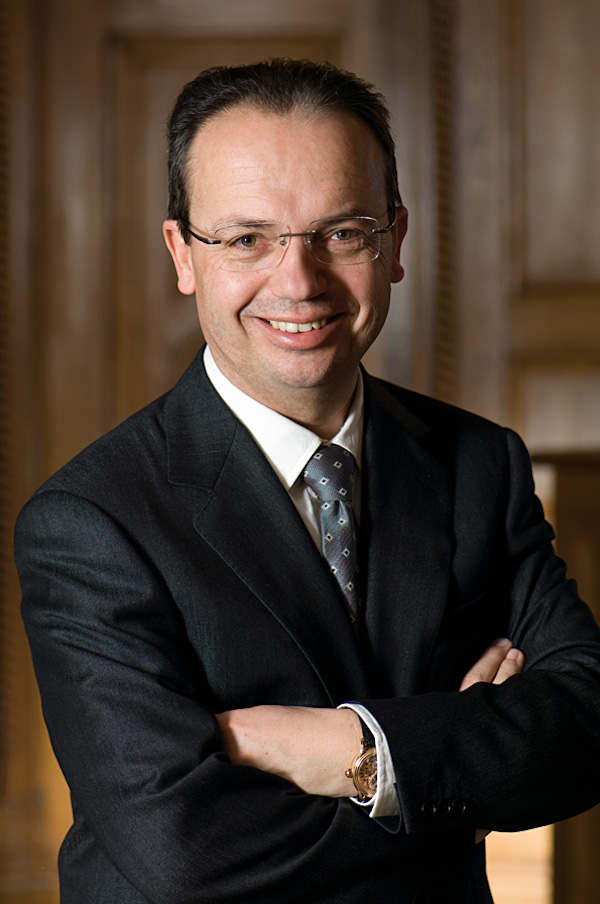 Christophe Claret – who has been producing some of the most complex watch movements for 20 years, for both himself and others – has long absorbed influences and embraced the march of technology to produce some of the most elaborate and boundary-pushing movements around.

His state-of-the-art atelier in Switzerland is so geared up to make the most of technological advances that as well as producing watches, it also manufactures innovative tools.

Since beginning to produce watches under his own name, he has continued to push boundaries with creations that allow the owner to play baccarat and black jack, or that merge movements with their traditional enemy – magnets – to tell the time with floating ball-bearings.

After all, in his own words: “A creator must be receptive to all sorts of things, whether something in nature, or in all kinds of objects – machine tools, automotive, aerospace, science.”

And although he made his name in horology circles for his work with others, his own-name creations account for a growing portion of his business.

He explained: “(Creating watches under my own name) was originally a financial necessity in relation to the 2009 economic crisis.

“In fact, when I noticed the very large drop regarding the demand of third-party clients, I anticipated launching this activity in order to diversify and to compensate for this loss of activity. Today, the activity of the Christophe Claret brand represents almost half of our turnover.”

But does he feel more of a challenge producing pieces under his own name? Not really – in fact, his focus remains purely on the boundary pushing that’s been a hallmark of all his creations.

“I think my customers, retailers or collectors… appreciate what I realize, either for third-party trademarks or for my own brand, in relation to my innovative mind and highly qualitative products, which are the result of the perfectionist that I am”.

“The most important challenge for me is to come up with something innovative that challenges or impresses, a ‘wow’ product,” he said.

“Of course, it is always a challenge because when we realize a mechanism or function never done before, at least not in this type of configuration, requires a lot of “know-how” and updating.”

“And of course, it is very important from a commercial point of view because this is what will help make the product attractive and also to talk about the brand. The products of this kind, if properly used, have a real impact for the rest of branded products.”

“What is more difficult when we realize something innovative is the complexity of the development. But in addition, when we are the first to release a product, it must overcome the negative apprehension vis-à-vis the latter one, precisely because it is new and it is obviously much more easy to be second, third or fourth, as technical and commercial barriers have already been overcome.” 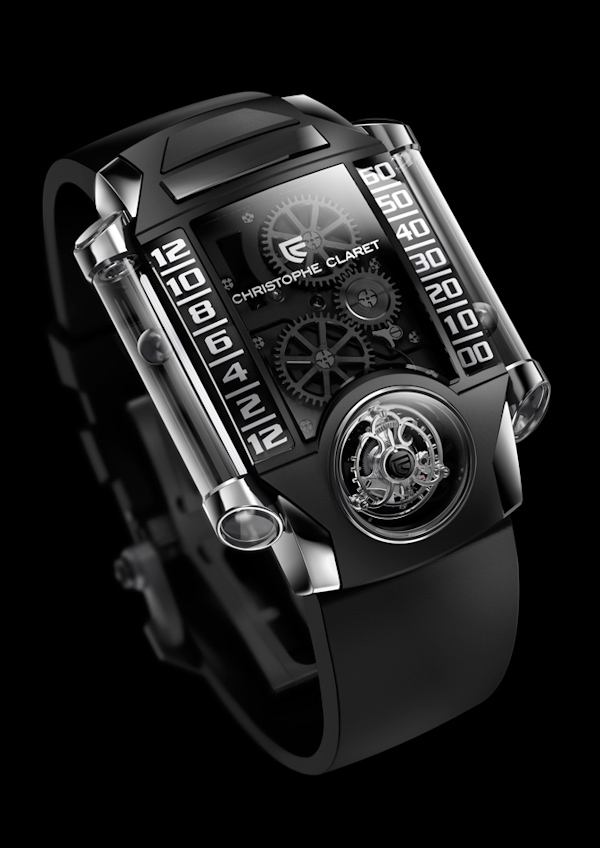 “I think you need a good dose of intuition to sense which project will be immediately appealing to the public. And for this, it must of course make a lot of work to integrate this idea, both aesthetically and in its technical consistency.”

His comment about producing movements that may have been seen, but not in the same configuration, reminded me of a quote of his: “In watchmaking, everything has been done; yet everything has yet to be invented.” I wondered what he meant by that, and if it related to his own work specifically?

He explained: “If we take all patents filed since the establishment of this organization, as well as all the creations made out of these patents, we can realize that finally, a lot of things done today have been already made in the past, not necessarily in watchmaking but also in clockmaking or mechanics.”

“But many houses reinterpret, in a modern way and with our current tools, complications or mechanisms that have been made in the past. Creativity has no limits; the proof is found in music, where every year, new tunes arrive. It is the same in watchmaking.”

I wondered what exactly he means by that – how should technology take the lead, and is this aspect of watchmaking more important than the visual element?

“When working on a new project from one or more innovative design ideas, we first try to consult both builders and those in charge of aesthetics to find the best way to achieve the desired look.” 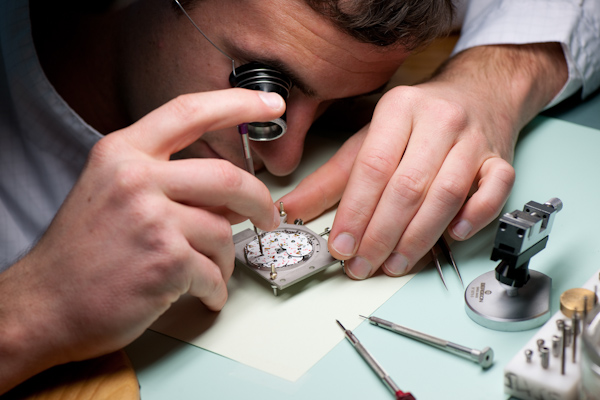 “Indeed, the watches we create are often so complex that components to achieve the required machines are extremely elaborate and accurate. But the golden rule is that the technique must always take precedence over aesthetics. “For me, the most important part when we realize a new project, is that it must have a technical and aesthetic coherence of all complications combined. I think what annoys me the most is a poorly executed watch from a technical standpoint (rather than a visually ill-designed one).”

This philosophy is perhaps best demonstrated by the inspiration behind his game watches, the 21 BlackJack and the Baccara. “I was on holidays with my wife and children for a week in Saint-Tropez,” he said.

“On Saturday morning, at the Place des Lices marketplace, where there are about a dozen antique shops, I saw a small box the size of a pack of cigarettes, which, via a small joystick, can play dice.”

“I was amazed at this product and I bought it without even discussing the price. This is the object that immediately inspired me to realize the 21 BlackJack watch, but it is much more complicated because it has eight discs and many other complications.”

So one of the most complex watches of recent years, inspired by a comparatively simple dice roller – and a tale that serves to highlight the many layers that make up Christophe Claret. 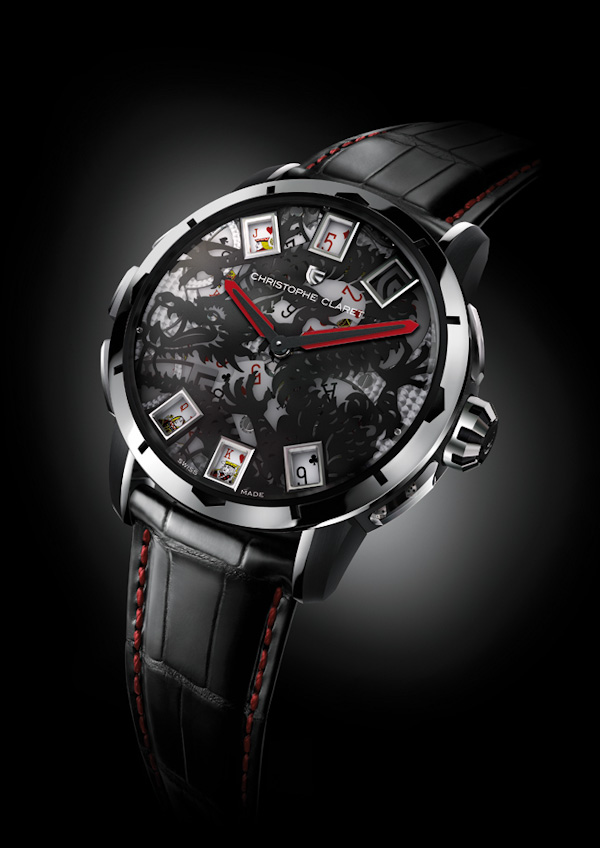 Because while he is known for his complex creations and love of the high-tech, his spare time is spent exploring a second passion set more in antiquity than you may think.

“My second passion is the Renaissance, including objects, furniture, tapestries,” he explains. “But what I prefer is to restore my own castle near Besançon in France (dating from the 12th and 16th centuries). I would not mind to do this full-time if I had to stop working in watches.”

Finally, I wondered who he would choose if he could only meet one watchmaker from history, would his choice reflect his love of the past, or his love of pushing boundaries. And Christophe once again avoids being put in a box by finding an answer that straddles both.

“I confess that the idea of being able to meet Abraham-Louis Breguet is quite attractive. I would ask him first what inspired him and how he implemented the realization of his dreams, from his first sketches to the final watch with tools they had at this period.”