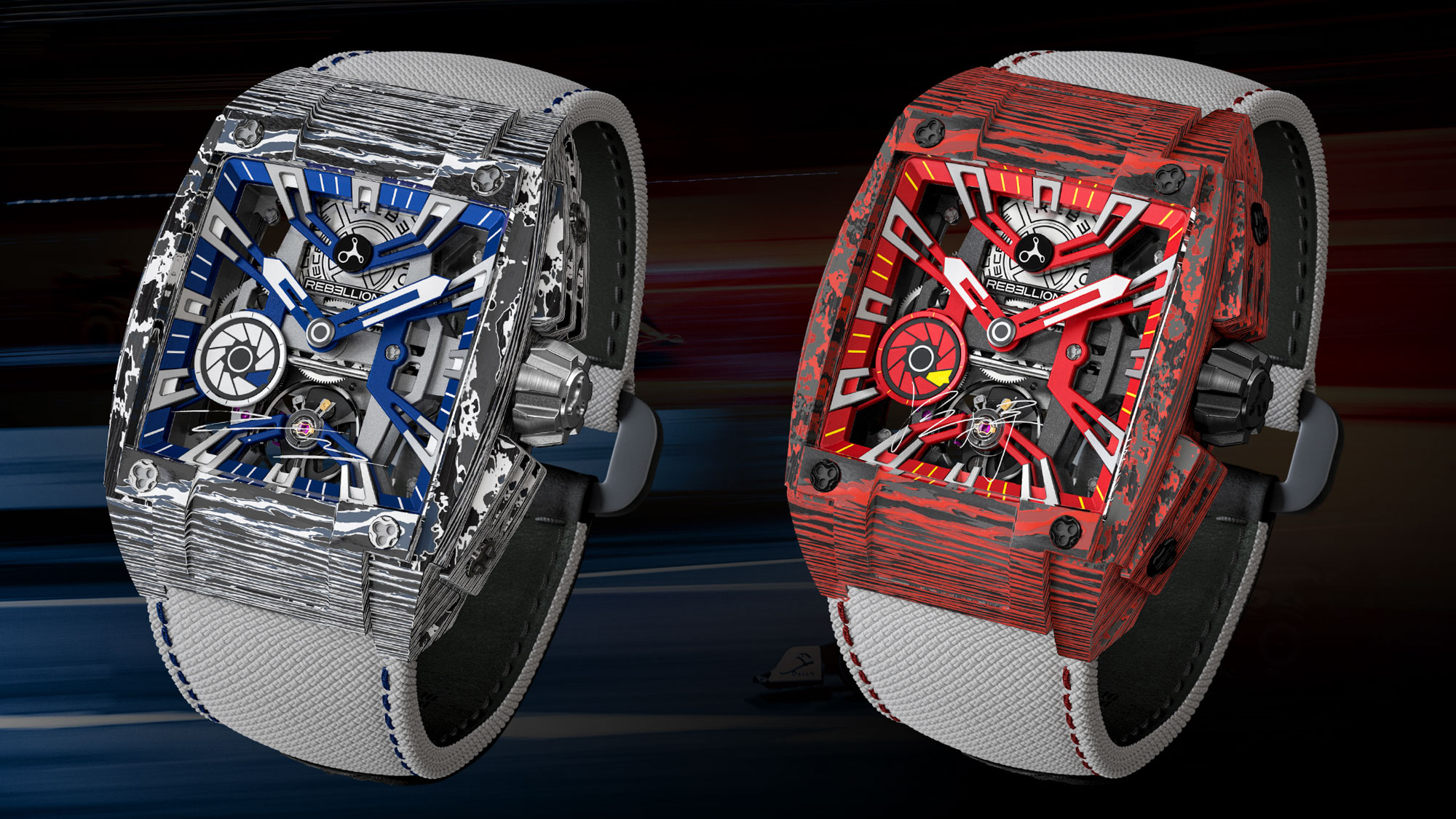 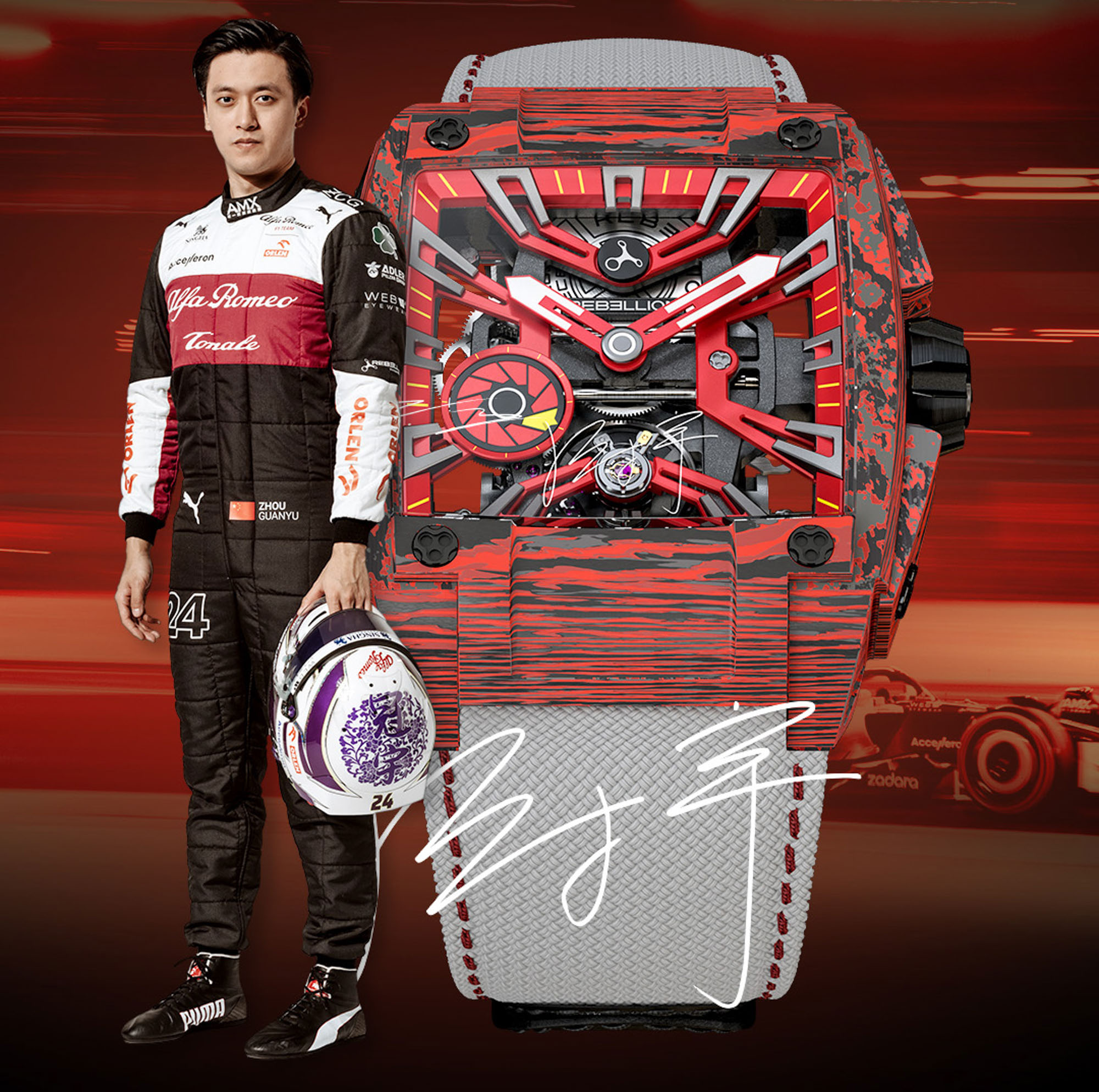 Switzerland’s Rebellion Timepieces is officially coming to the United States in 2023. The nearly 15-year-old brand has been a prolific developer of avant-garde modern timepieces and a heavy investor in the world of motorsports, both as a sponsor and a racing team owner. Appealing to a rebel mindset, Rebellion creates everything with that value in mind and inspires the style of its products and the activities it supports. Rebellion is a sponsor of important racing events and teams, such as Alfa Romeo F1 Team Orlen, and the ultimate off-road challenge: The Dakar Rally, the GT World Challenge, and the Gulf Historic race.  Across several racing series, Rebellion is the only brand that has both sponsored and raced in the same event. In fact, Rebellion is still the most successful privateer racing team in the World Endurance Championship, where it competed for 15 years including success in the famous 24h of Le Mans. 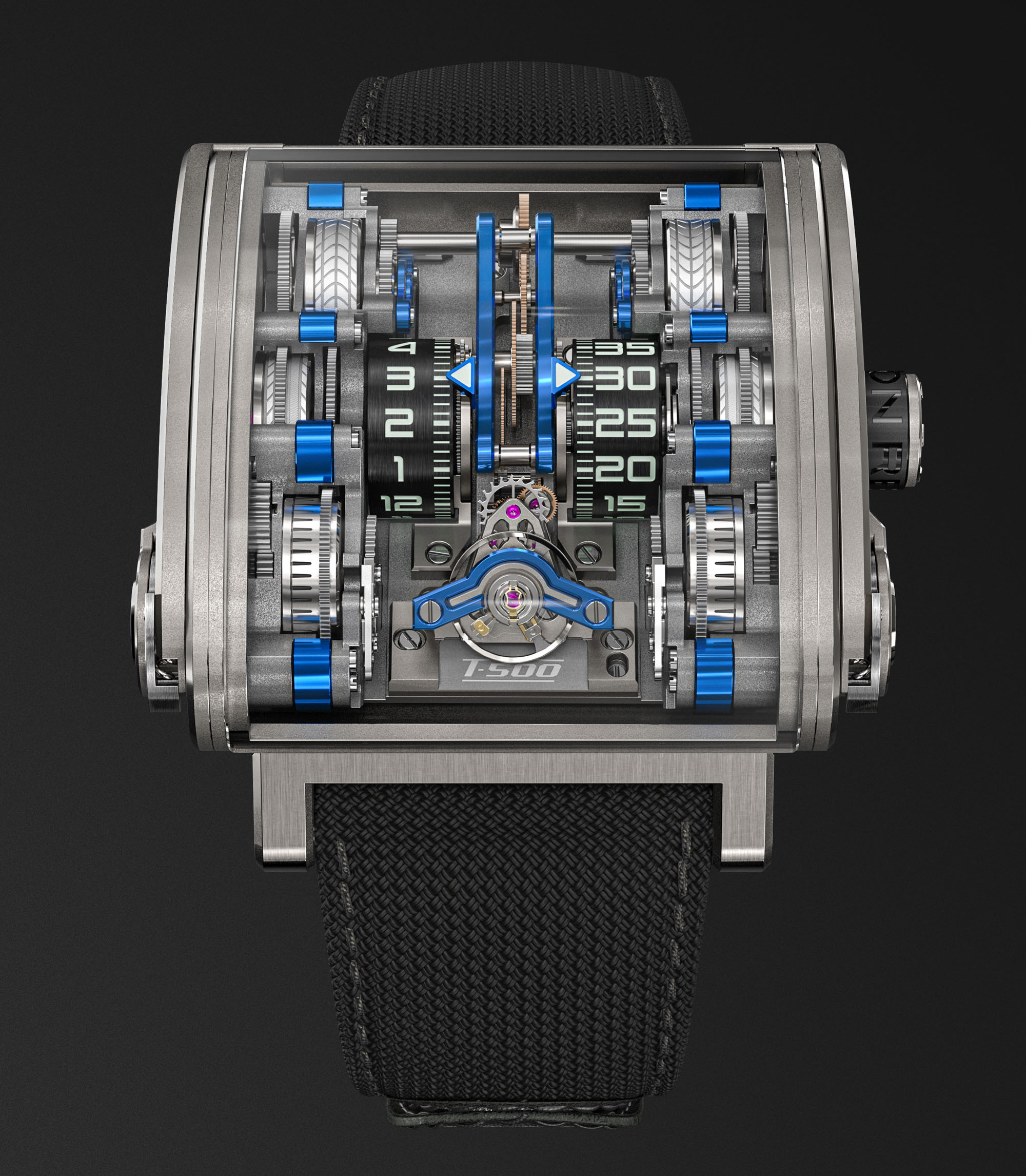 A rapidly increasing interest in motorsports, specifically in  Formula One in the United States, is one of the reasons why the timing for Rebellion to formally enter the US market is so perfect. To mark the occasion, Rebellion is partnering with Alfa Romeo during Monterey Car Week 2022 to kick off its ambitious American launch process. Moreover, Rebellion will be presenting for the first time on American soil its recent creation in partnership with Alfa Romeo F1 Team, the Re-Volt Valteri Bottas C42, and the Re-Volt Zhou Guanyu C42. Models that have incorporated on the case parts of carbon fiber from the original F1 car.

Together, the companies are hosting an event on August 19th, 2022 at the Folktale Winery in Carmel-By-The-Sea, California during Monterey Car Week. Rebellion and aBlogtoWatch have been able to secure a limited number of spots for interested aBlogtoWatch audience members who will be in the area on that Friday evening. To secure one of the limited spots, be sure to RSVP below. 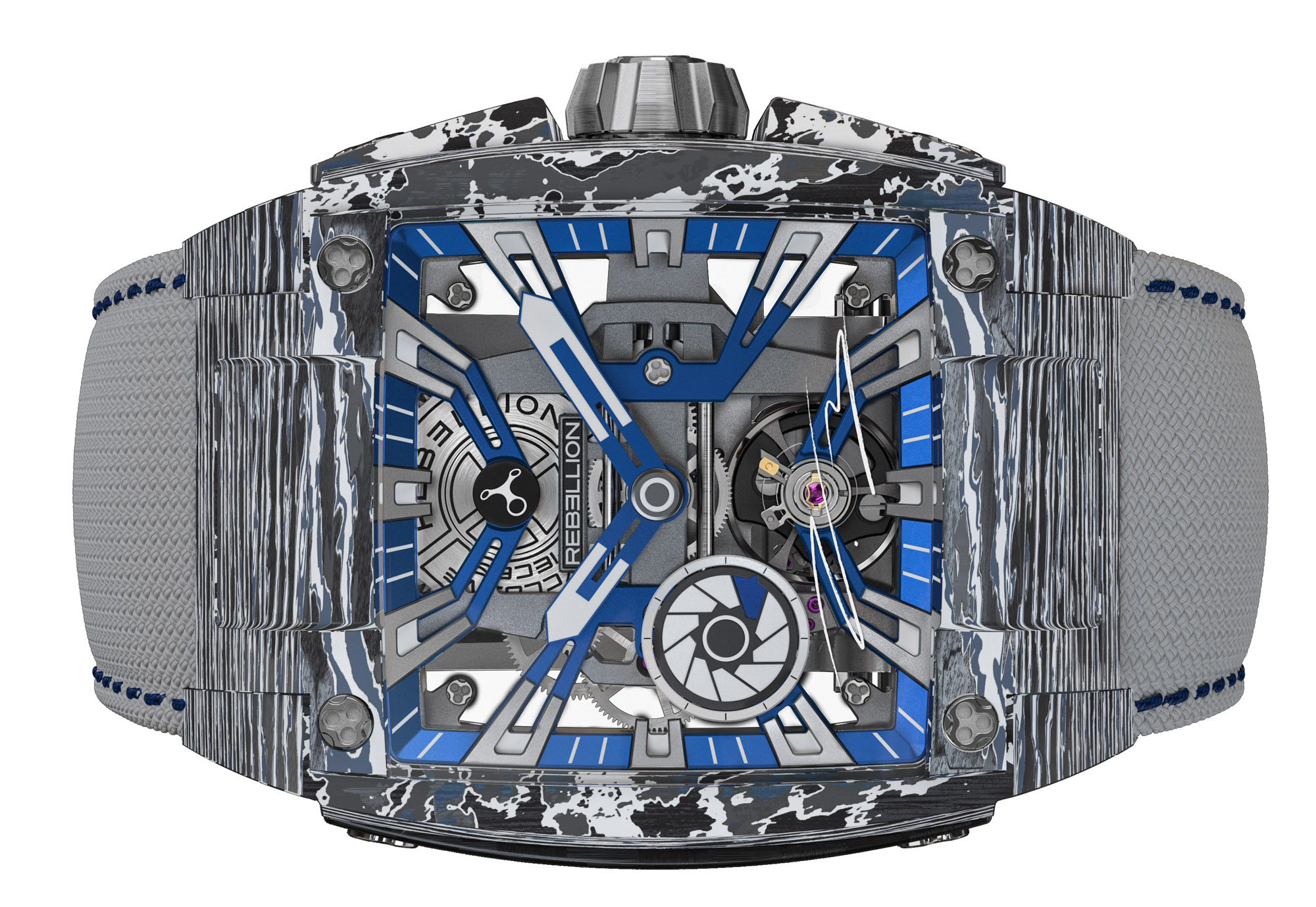 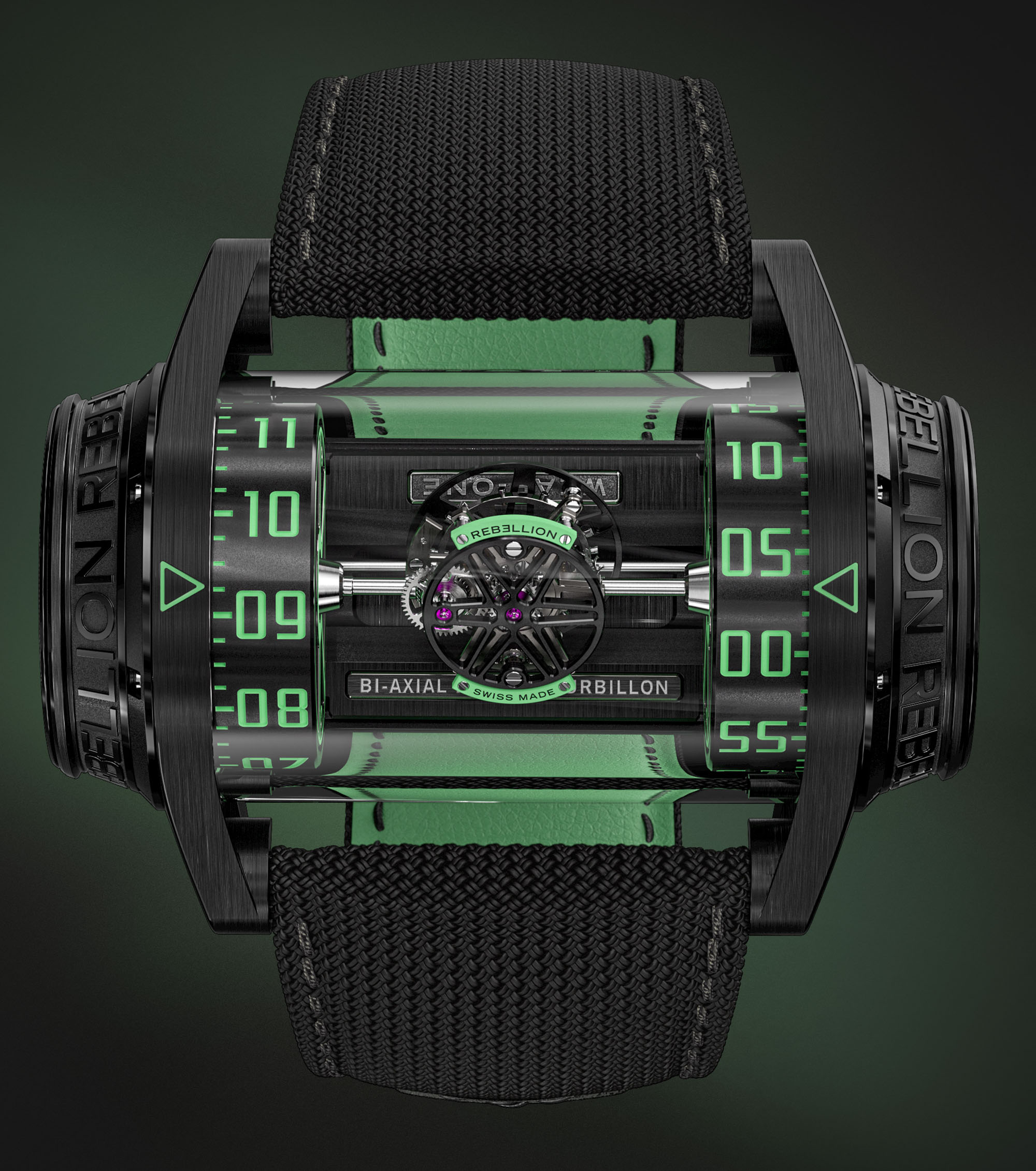 Present at Monterey Car Week 2022 will be a host of exclusive Rebellion Timepieces as well as an assortment of Rebellion-branded racing vehicles. At the Alfa Romeo VIP Event, Rebellion will further have a brand explanation display that shows how its watches are constructed. There, meet members of the aBlogtoWatch team to talk watches and cars. The August 19th evening event will also be the official debut of the new Alfa Romeo Tonale which is available as a plug-in hybrid crossover vehicle.

Rebellion will continue to invest in watches and the world of motorsports via special events and activations in the United States. Rebellion watches begin at several thousand dollars and go up to over one million dollars for more extraordinary mechanical creations. It is certainly one of the most visually audacious and interesting modern Swiss watchmakers out there. Look out for Rebellion watches in the U.S. in 2023, and for those participating at Monterey Car Week 2022, RSVP below for a chance to join Rebellion & aBlogtoWatch at the Alfa Romeo VIP Event on August 19th, 2022. RSVP to [email protected].