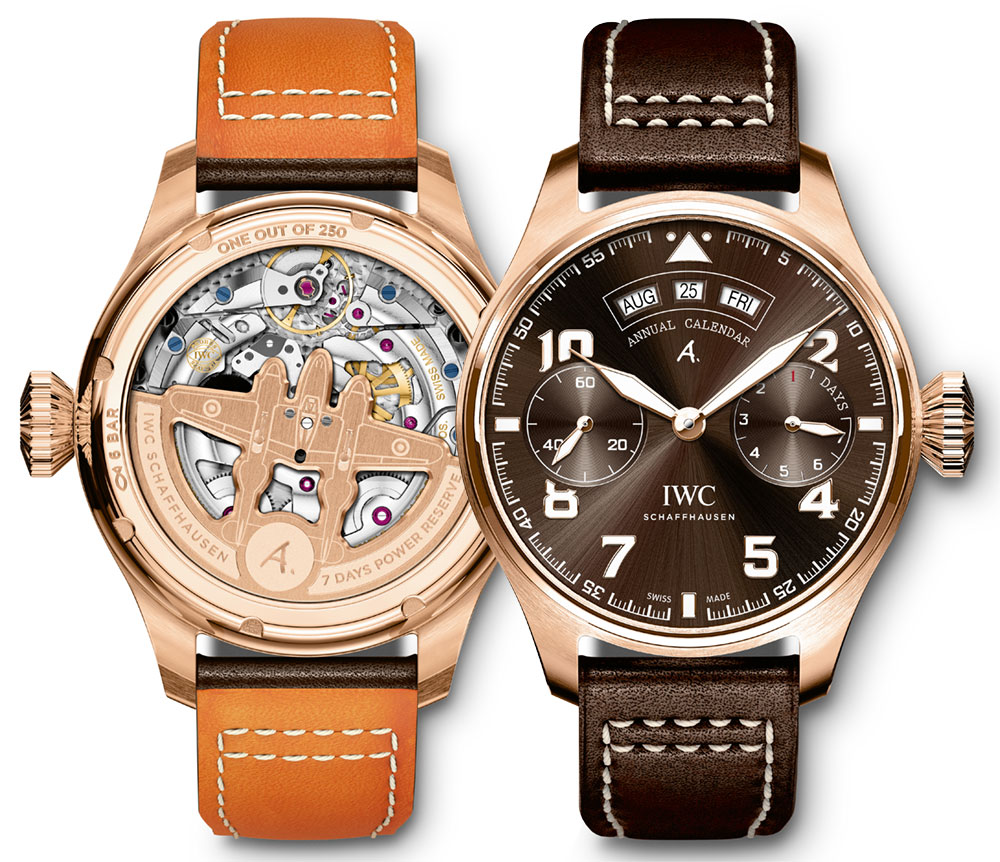 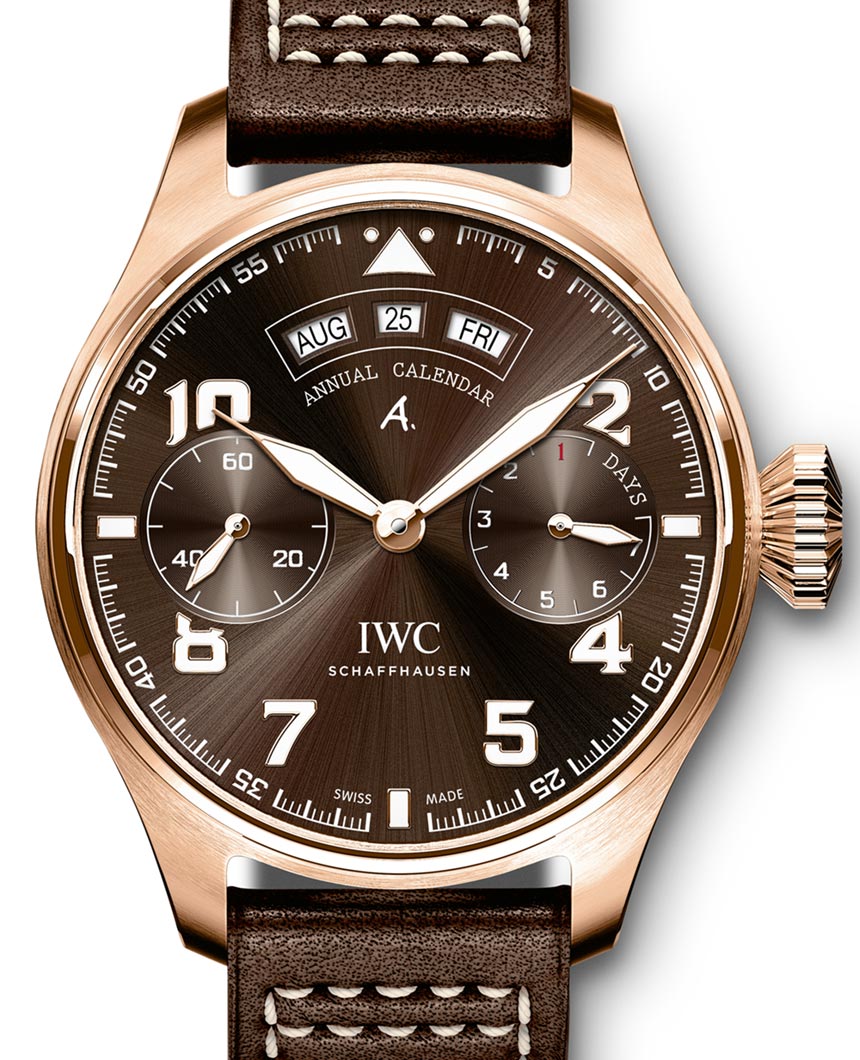 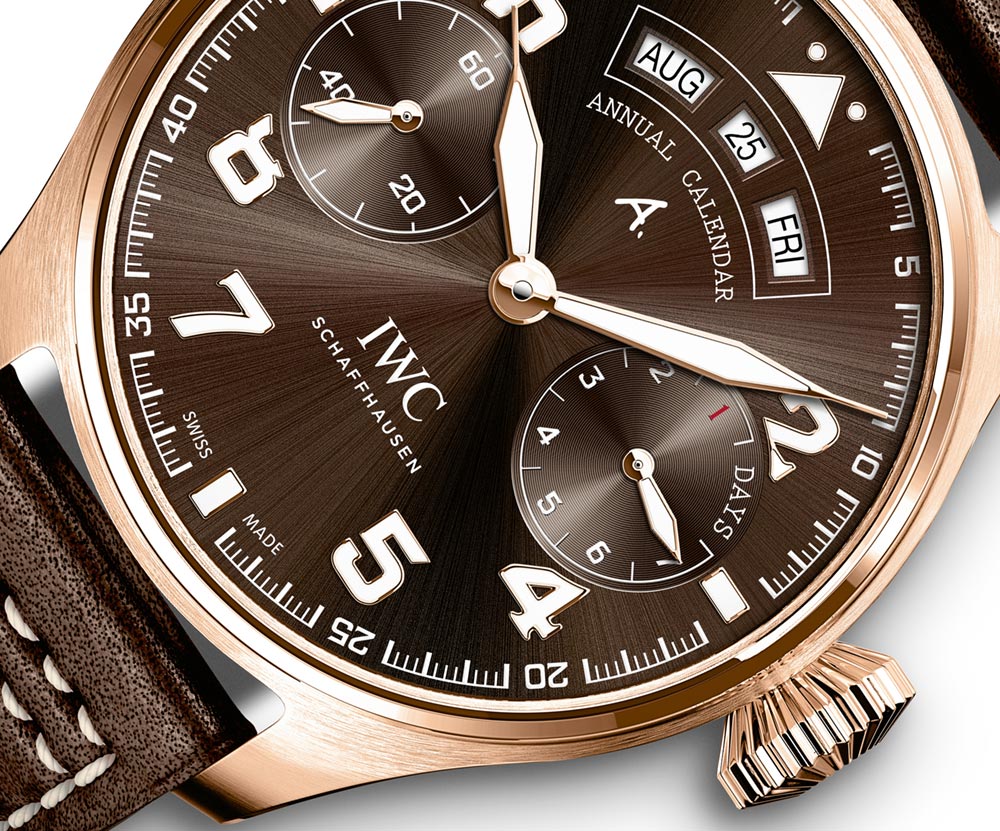 The big change is on the dial. While watches in IWC’s “Le Petit Prince” collection have a deep and rich blue dial, the “Antoine De Saint Exupéry” watches distinguish themselves by having a rich tobacco brown dial, as we saw in the IWC Pilot’s Watch Double Chronograph hands-on here. Judging from the press photos, the dial seems to match the red gold case nicely. Another notable feature of the dial is the stylized “A” under the annual calendar readouts that represents the author’s name. 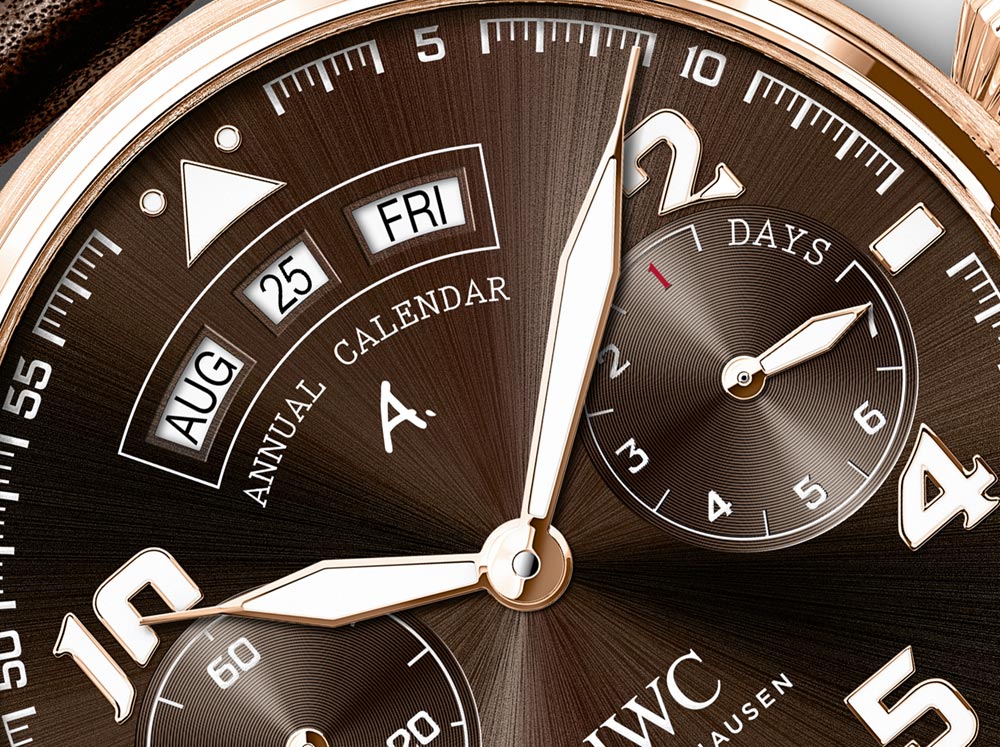 At 12 o’clock, you have three apertures that display the month, date, and day. Also, at 3 and 9 o’clock, you have the power reserve indicator and subsidiary seconds respectively. The thick hands and beefy Arabic numeral hour indices feature red gold accents and look to have been generously applied with luminescent material so legibility, whether in the day or night, shouldn’t be an issue. The Big Pilot’s Watch Annual Calendar Edition “Antoine De Saint Exupéry” also comes with a matching brown calfskin strap with white stitching made by leather specialists Santoni. 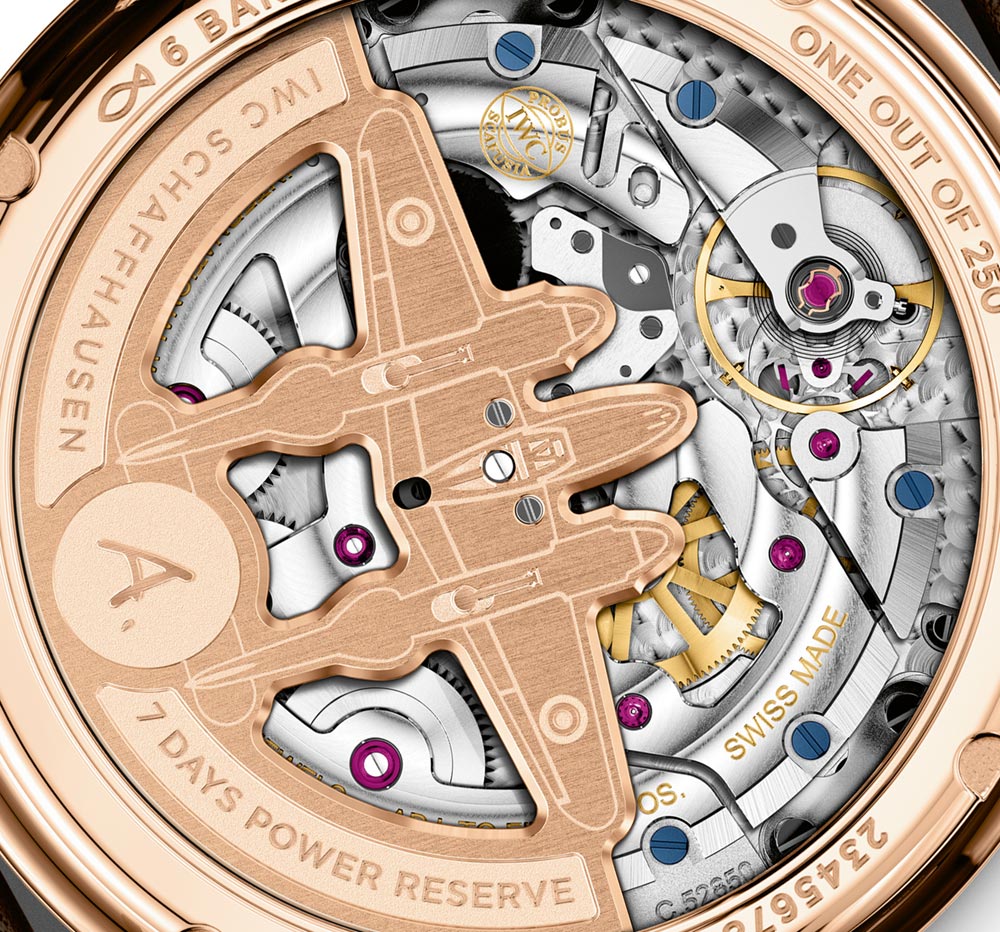 Powering the Big Pilot’s Watch Annual Calendar Edition “Antoine De Saint Exupéry” is the IWC Caliber 52850, which is visible through a sapphire display caseback. It beats at a standard 4Hz and features a 7-day long power reserve thanks to two mainspring barrels. It also features the latest version of IWC’s Pellaton winding system, which has recently been upgraded with ceramic components to provide years of wear-free operation. It has also been handsomely decorated with Côtes de Genève and blued screws. However, the standout feature of the display has got to be the large 18k red gold winding rotor, which has been partially skeletonized to create a Lightning P-38 plane. The decision to use a Lightning P-38 plane is a sentimental one as Saint Exupéry disappeared over the Mediterranean sea in one when flying on a reconnaissance mission.