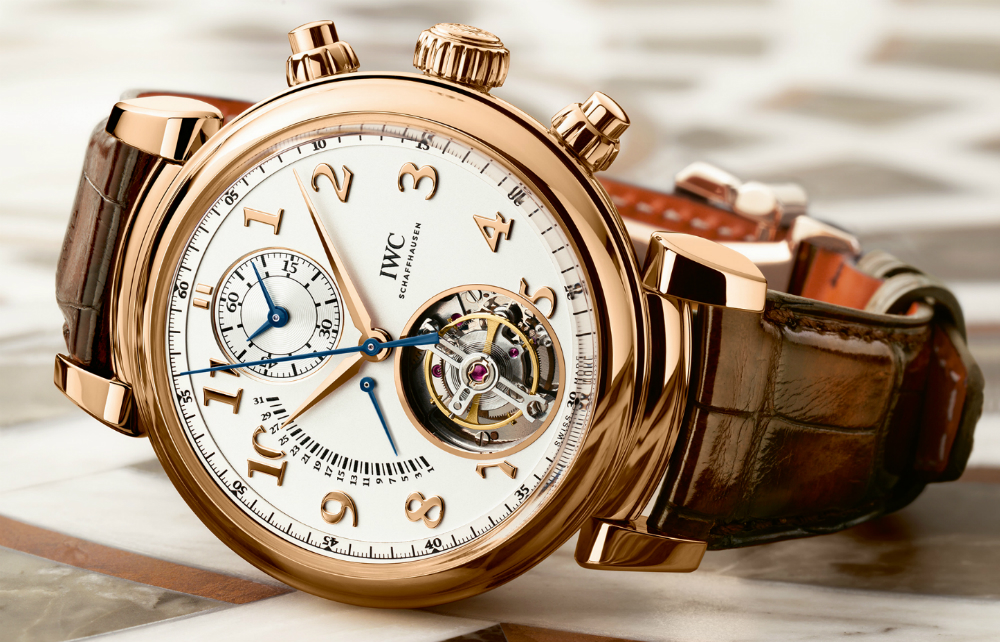 For longtime watch lovers and readers of aBlogtoWatch, you probably know that IWC likes to focus on refreshing one of its core collections each year. Last year, it was the Pilot’s Watch, and 2015 was the year of the Portugieser. This year, I’m happy to say that one of IWC’s most neglected collections is getting an update. I am, of course, referring to the Da Vinci collection. In December 2016, IWC announced the new Da Vinci Perpetual Calendar Chronograph and two other Da Vinci watches for ladies. Today, we are going to turn our attention to the new IWC Da Vinci Chronograph Edition “Laureus Sport for Good Foundation” and the IWC Da Vinci Tourbillon Rétrograde Chronograph watches. 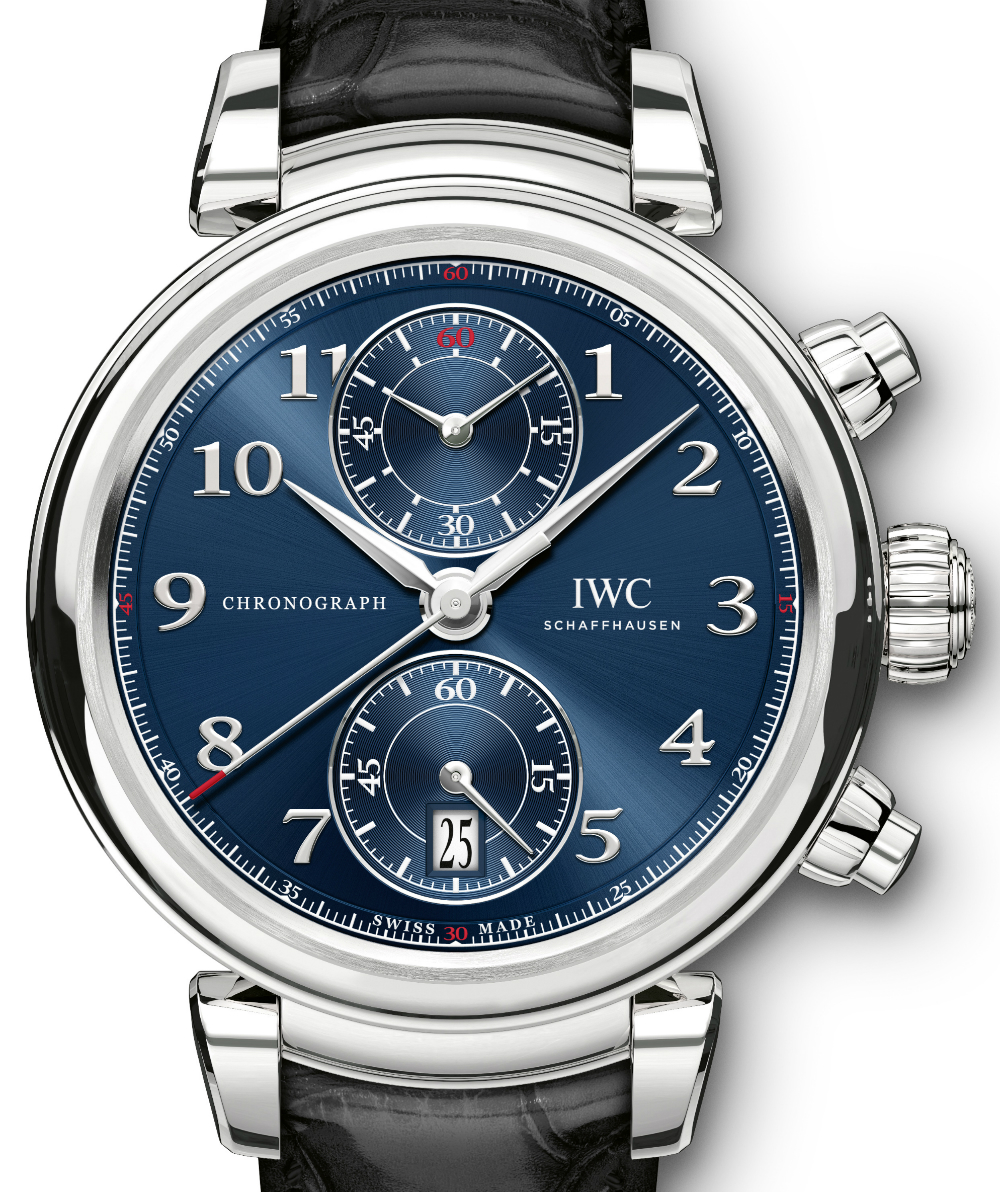 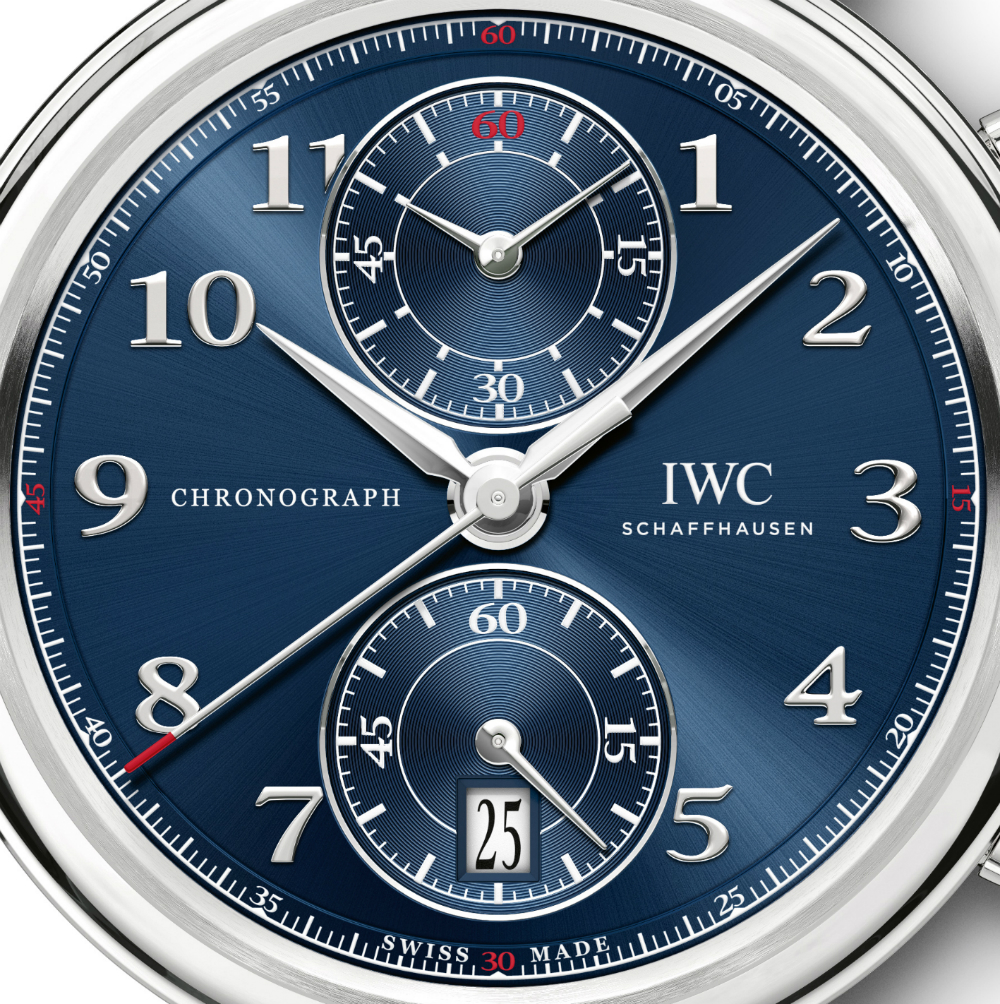 It will come with a 42mm-wide stainless case and a blue dial with a sunburst finish, and there are two sub-dials found at 12 and 6 o’clock. The former is a 12-hour totalizer for the elapsed hours and minutes, while the latter is the running seconds sub-dial. The sub-dials feature guilloche to provide contrast against the dial. Within the running seconds sub-dial is also the date window. 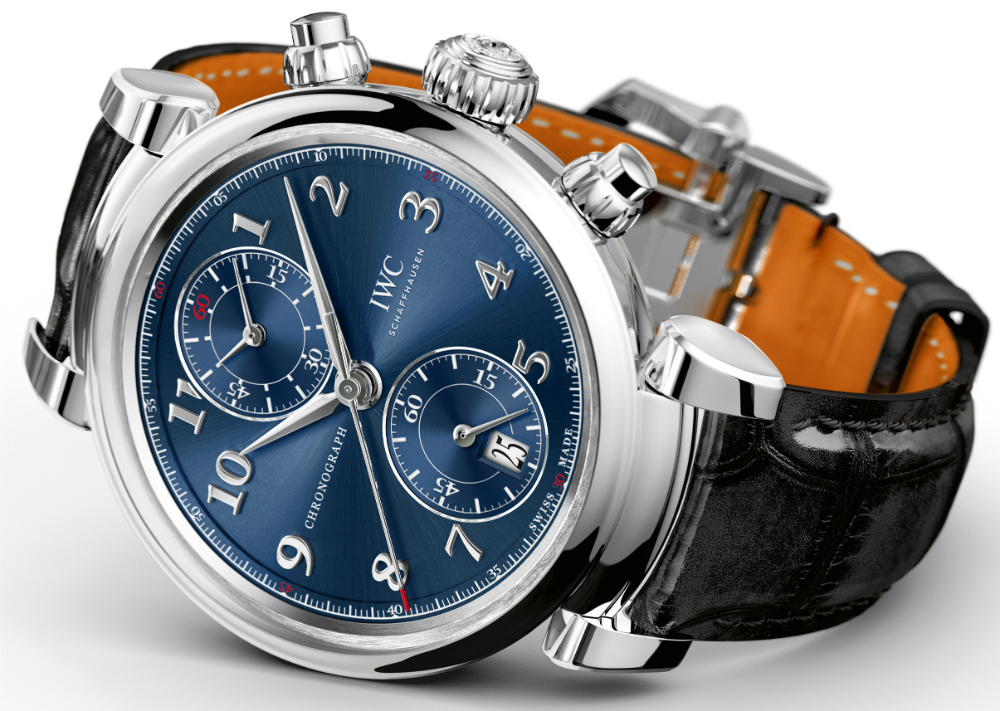 One of the features of this new round IWC Da Vinci case is the articulating curved lugs, which move to provide a better fit for the wearer. Along with the glossy black Santoni alligator leather strap, it also gives the watch a somewhat ornate look. 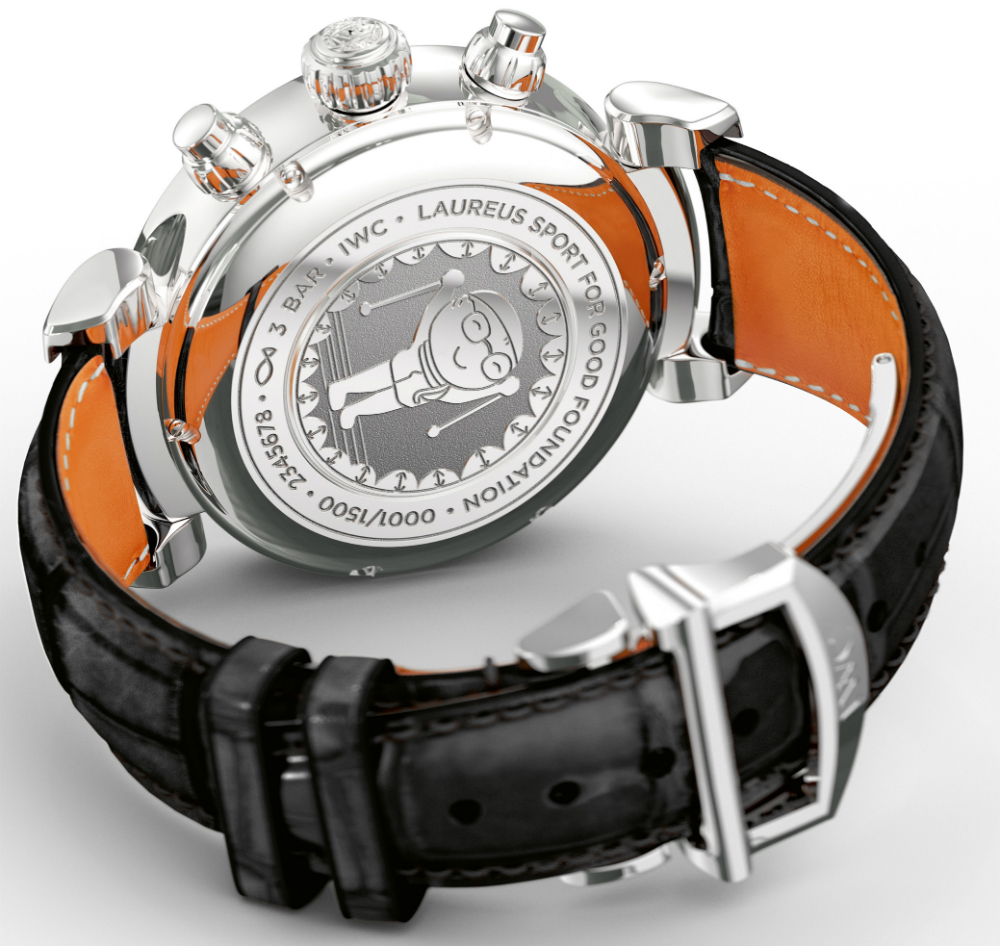 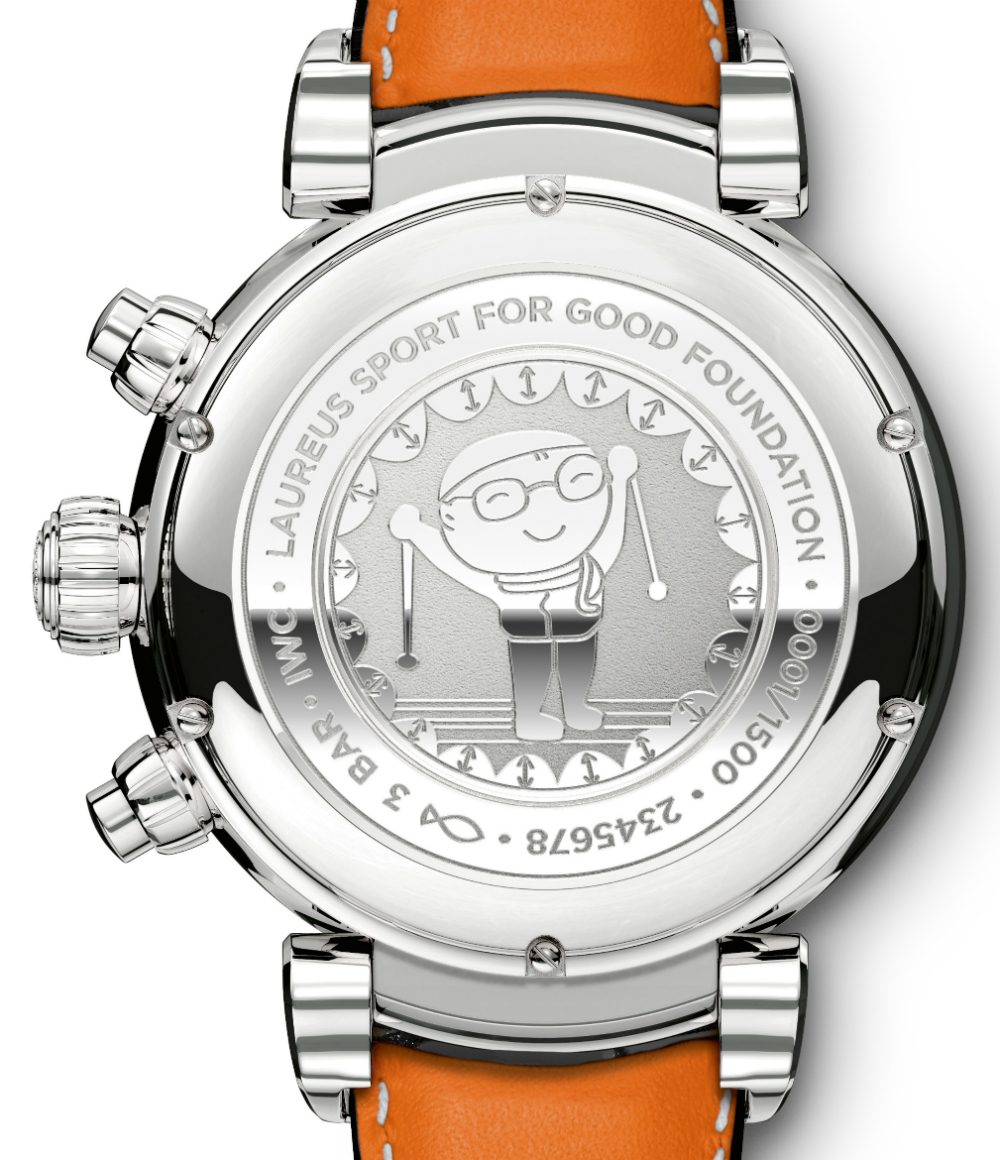 Unfortunately, the movement cannot be seen because the watch features a specially engraved case back – a hallmark of all Laureus special edition watches. In this case, the case back has been engraved with winning drawing in a competition by a mentally handicapped boy from Shanghai, China. It is an adorable drawing and adds some fun to this otherwise rather serious-looking watch. Again, I assume IWC will release a standard model that has a more typical (likely exhibition) case back. 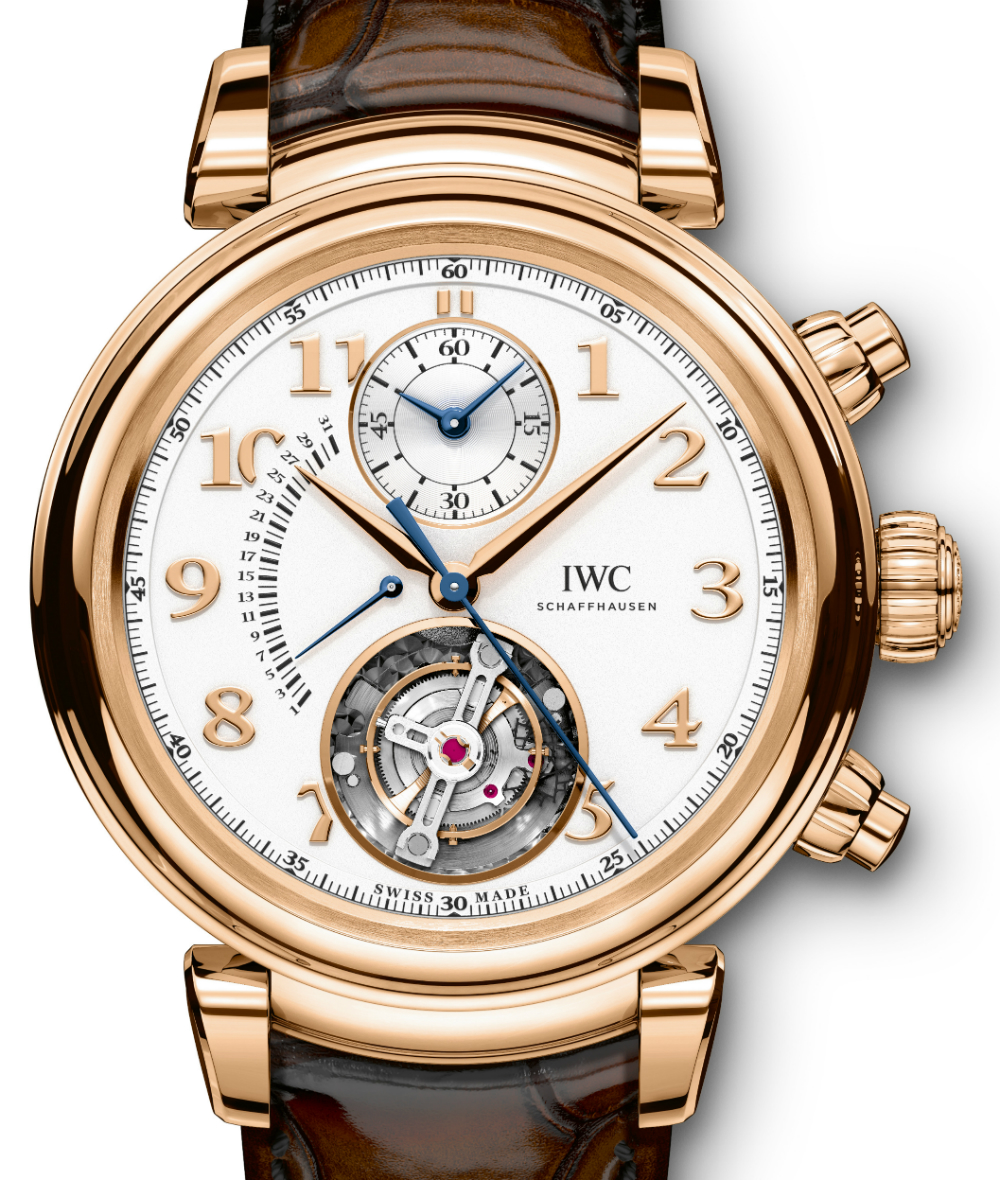 Moving on, we come to the IWC Da Vinci Tourbillon Rétrograde Chronograph watch. The name tells you most of what you need to know, and what you need to know is that this is a fairly complicated watch. The Da Vinci Tourbillon Retrograde Chronograph comes in a 44mm-wide 18k red gold case with a silver-plated dial and features the same articulating lugs that will become one of the defining features of the new IWC Da Vinci collection. 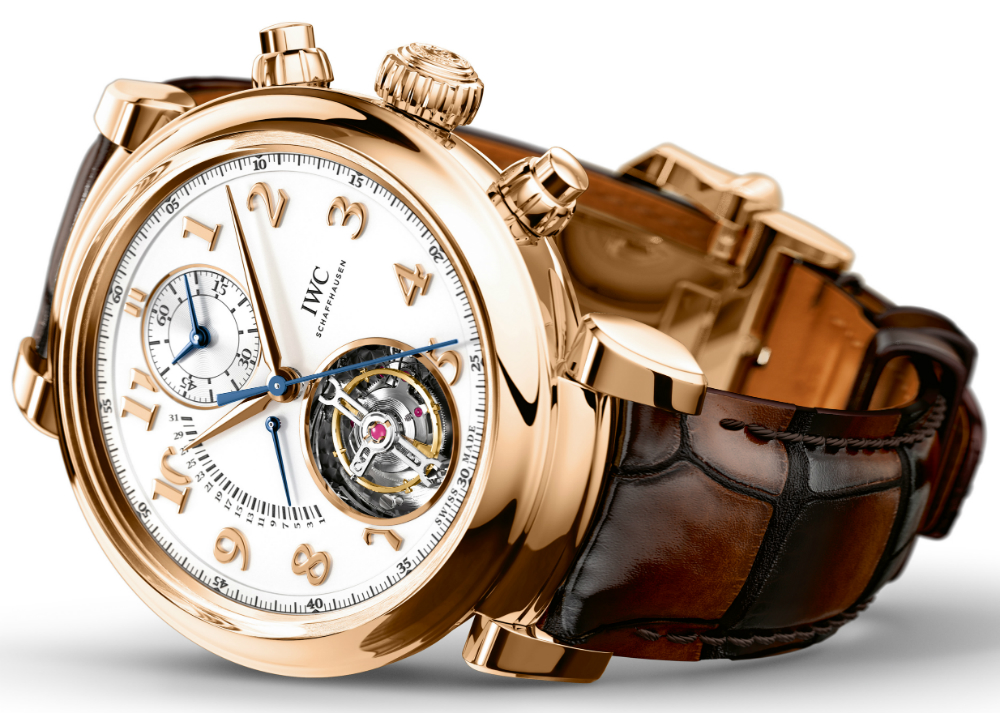 Let’s begin with the flying tourbillon, because it is unique in that it is a hacking tourbillon. A tourbillon that hacks is a rarity because it is often too delicate and complicated a mechanism to be starting and stopping abruptly. But this one does, and it helps users to set their watch with to-the-second accuracy. How it works is that when the crown is pulled out into the time-setting position, two levers grip the balance wheel like a clamp and prevent the seconds hand from moving. The flying tourbillon makes a full rotation every minute, which means the tourbillon bridge can function as a seconds hand. 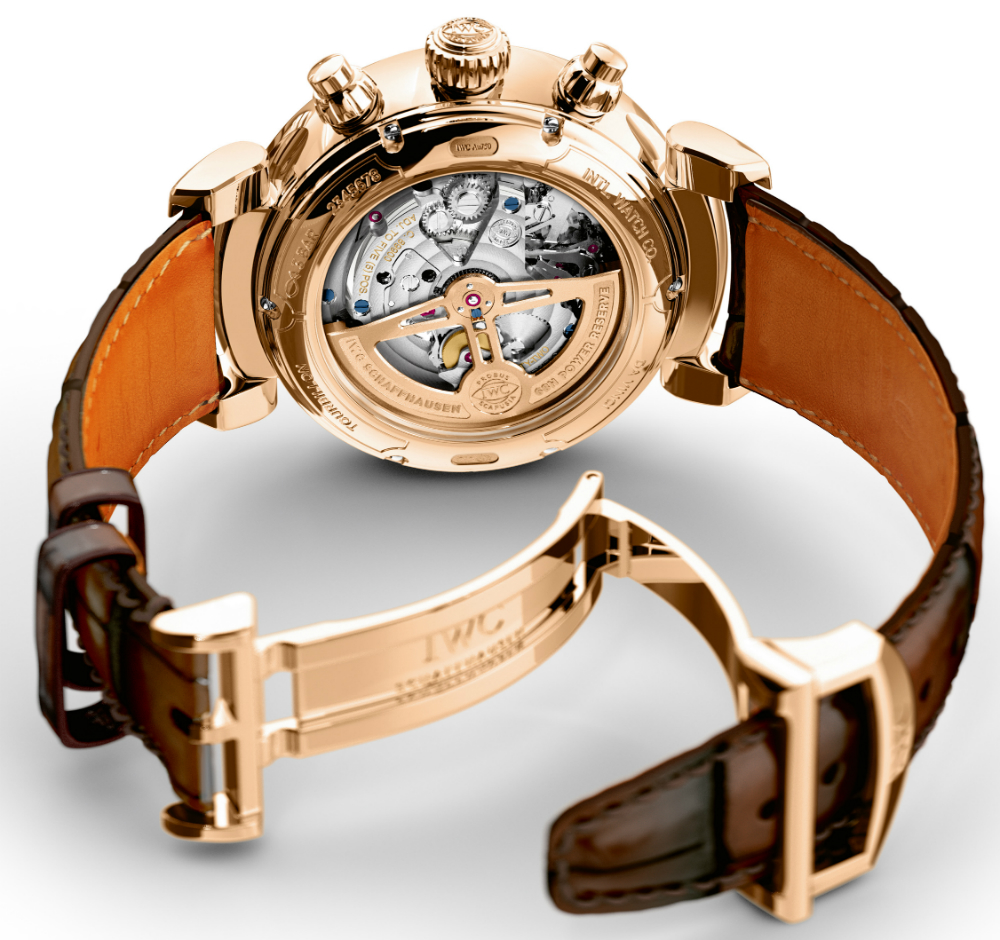 When using the chronograph, the elapsed time is read off the sub-dial at 12 o’clock. Like the earlier IWC Da Vinci Chronograph Edition “Laureus Sport for Good Foundation” watch, this watch also uses a 12-hour totalizer to record the elapsed time. Finally, the IWC Da Vinci Tourbillon Rétrograde Chronograph watch also features a retrograde date display, which is located just to the left of the handset.

Enabling all this mechanical magic is the new IWC in-house calibre 89900, which can be viewed through the sapphire display case back. The movement includes a large 18k red gold rotor and beats at 4Hz with a power reserve of 68 hours. Water-resistance is only 30 meters. 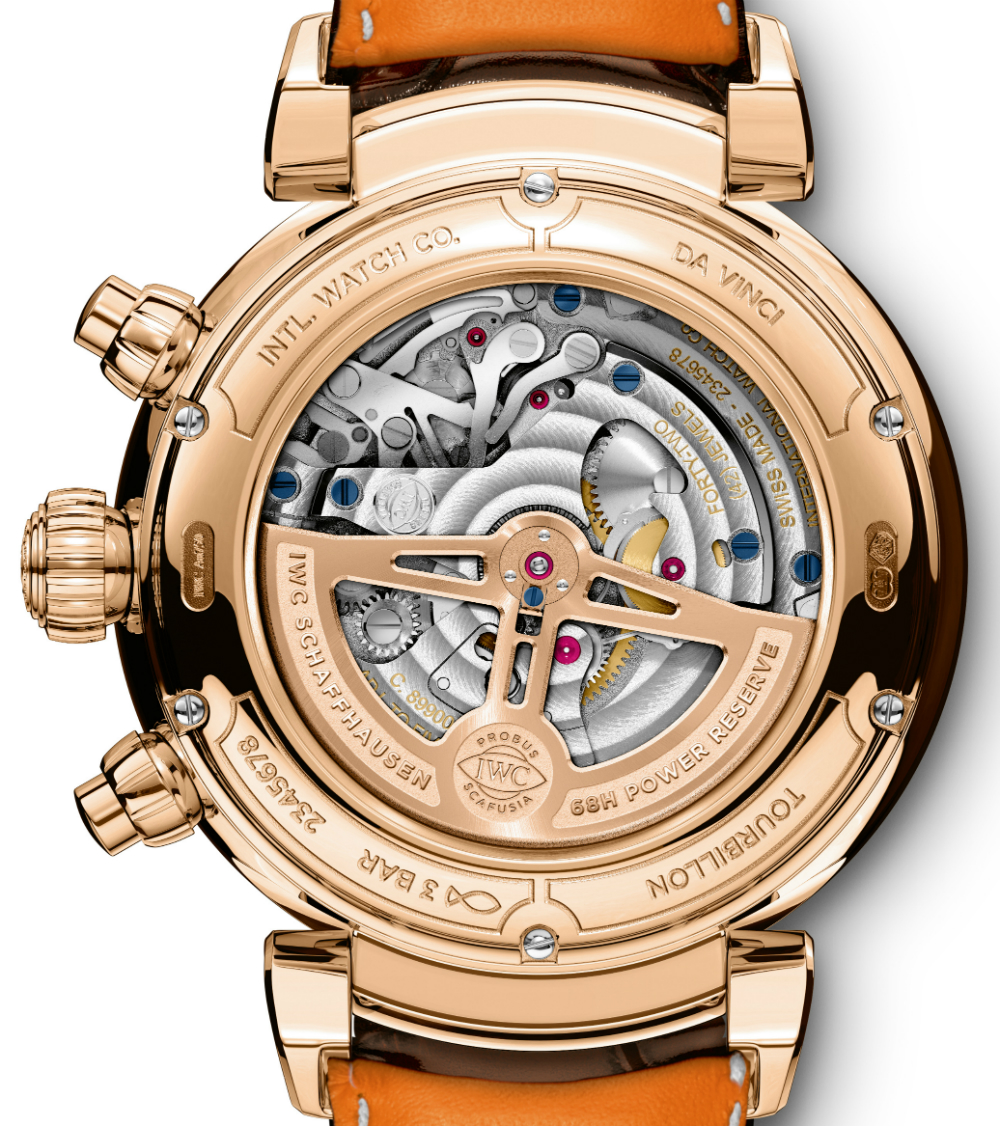 The IWC Da Vinci Chronograph Edition “Laureus Sport for Good Foundation” is limited to 1,500 pieces and is priced at $12,700. The IWC Da Vinci Tourbillon Retrograde Chronograph, on the other hand, has a price of $103,000. iwc.com