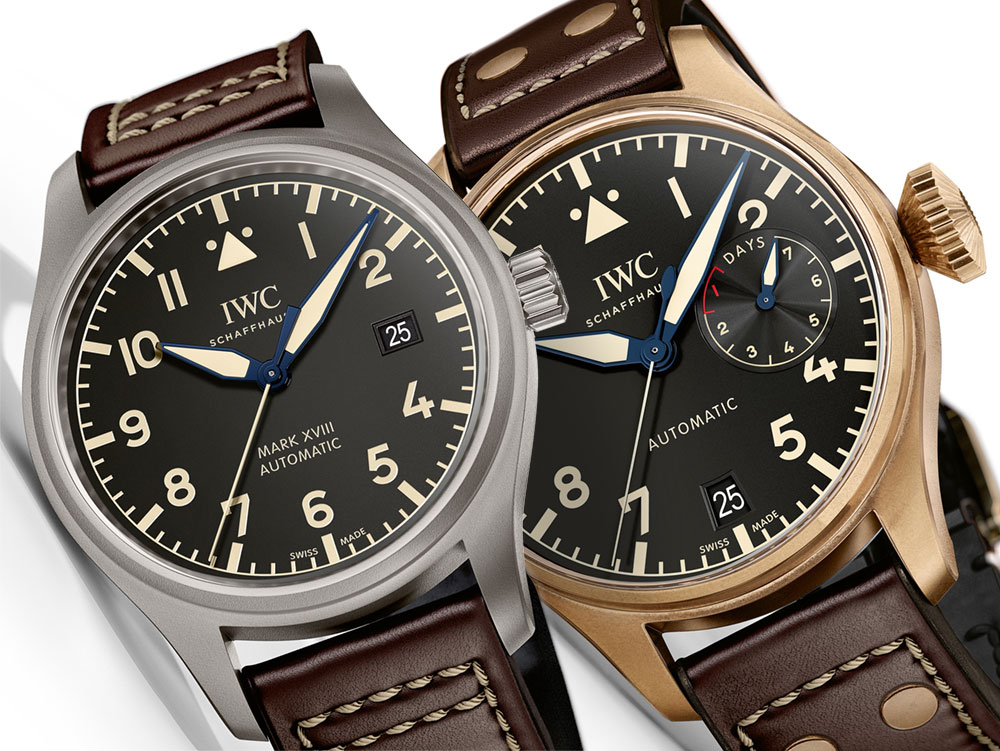 Swiss watchmakers IWC are well-known among collectors for the watches they’ve produced for various militaries such as Britain’s Royal Air Force. The DNA of these historic military designs still pervades IWC’s collection, most prominently in the Big Pilot’s series and the Pilot’s Mark XVIII, both of which are military-styled, aviation-oriented pieces. Now, IWC have released a set of special editions of these models, the Mark XVIII Heritage and Big Pilot’s Heritage, all available in new materials and equipped with different calibers of varying specification. 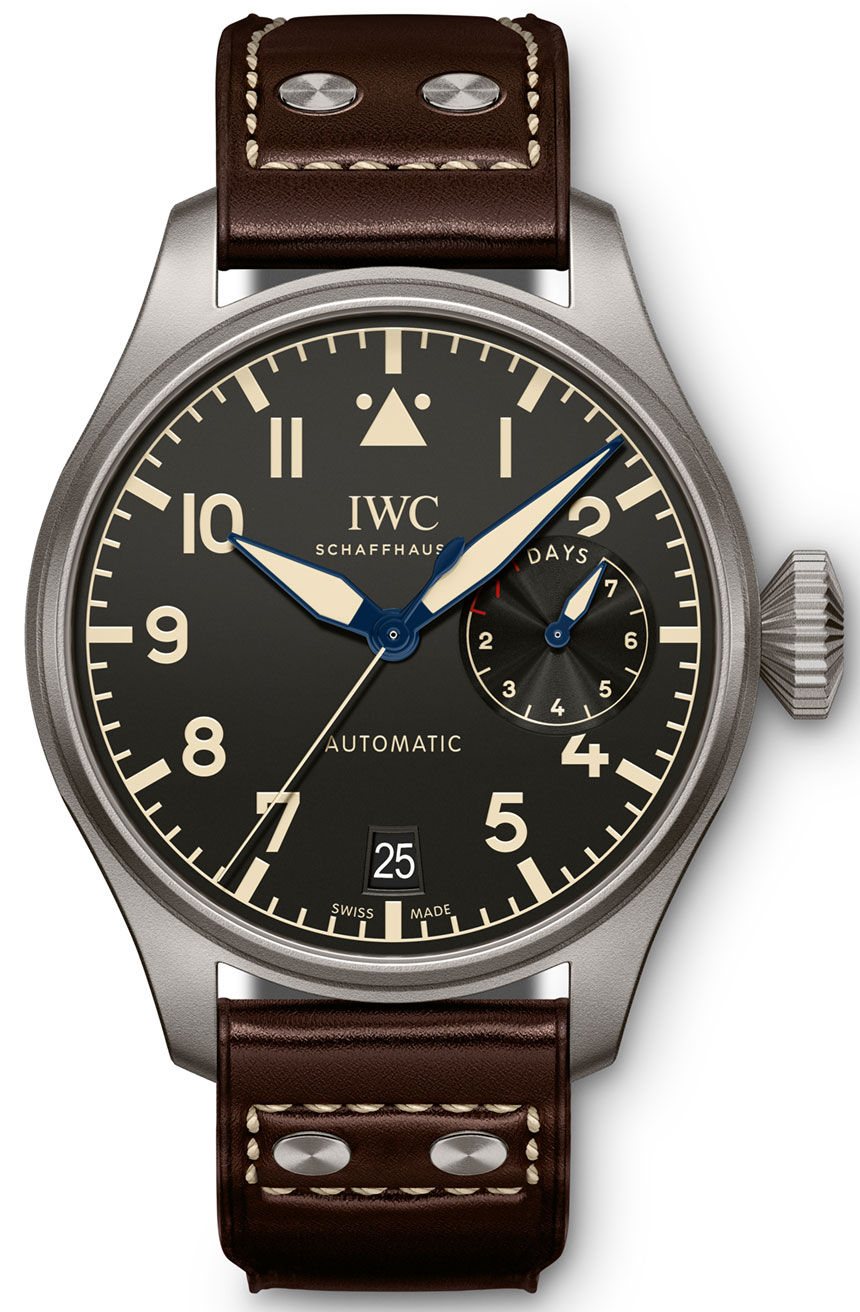 Starting with the IWC Big Pilot’s Watch Heritage, the new piece is fairly similar to previous Big Pilot’s Watches with the exception of case material, which is now either bronze or titanium, and the inclusion of the very impressive IWC 52110 in-house manufacture caliber. IWC’s automatic winding 52110 features a staggering 168 hour (seven day) power reserve, Côtes de Genève and perlage finishing, and 31 jewels, all ticking along at 28,800 vibrations per hour (4Hz) inside of a soft iron inner case to resist magnetic fields found in aviation environments. The standard Big Pilot’s 51111 caliber features more jewels at 42 but beats at a significantly slower 21,600 vibrations per hour (3Hz). Otherwise, the 46.2mm case, signature crown, and vintage inspired leather strap remain similar in style to previous Big Pilot’s. 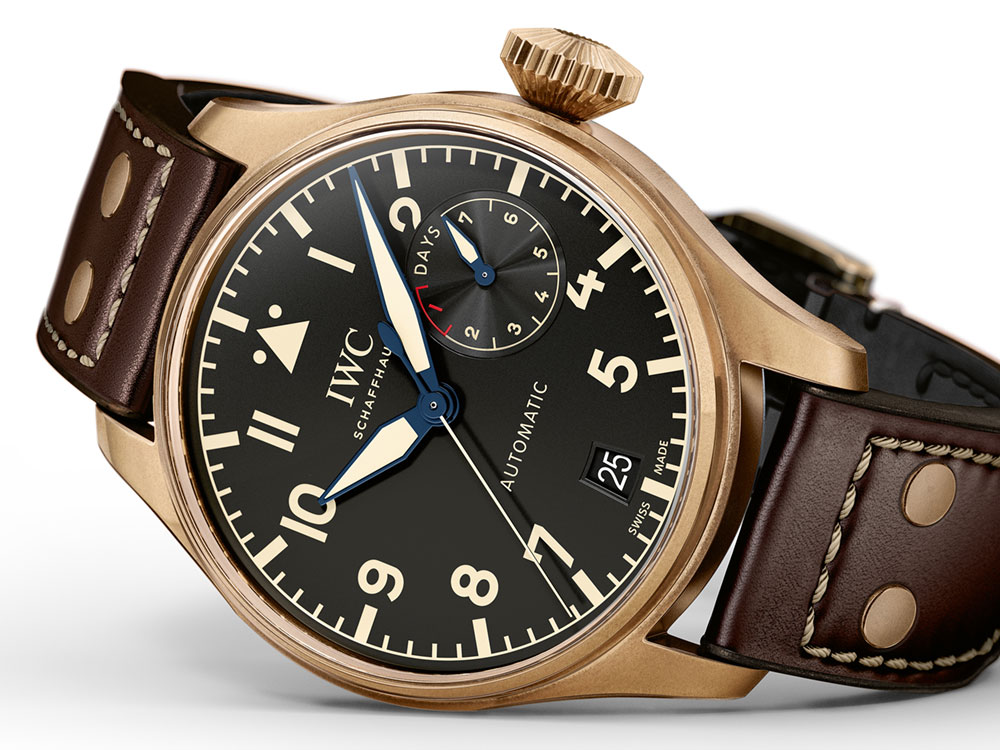 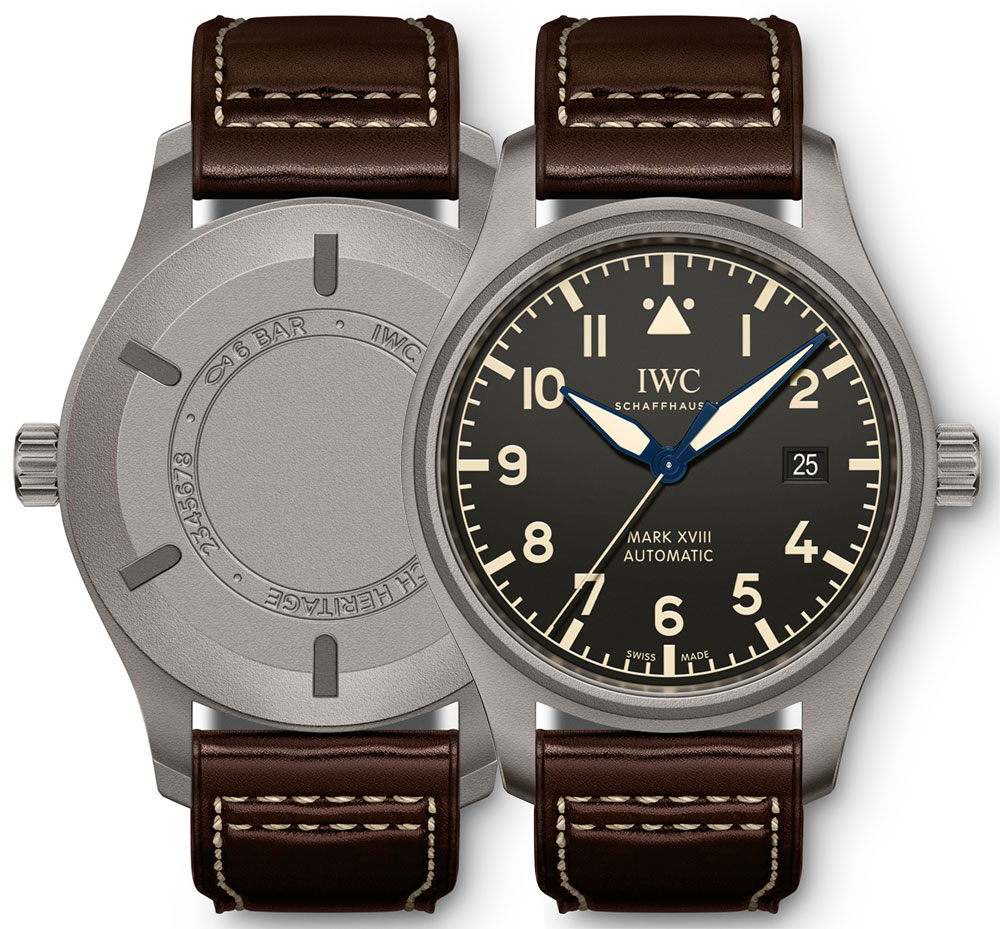 For those with more regular wrists and bank accounts, IWC have also produced the Mark XVIII in a special Heritage edition. The new IWC Pilot’s Mark XVIII Heritage retains the aviation style dial and hands as well as the modest 40mm case size from previous models. New is the use of titanium as a case material which lends the piece a utilitarian feel as well as a much lighter overall weight. The inclusion of IWC’s 35111 caliber also differentiates this new model from it’s forebears and while it isn’t a totally in-house caliber like those in the Heritage Big Pilot’s, it is still a capable 25-jewel movement based on the Sellita SW300 as opposed to the 21-jewel, ETA 2892 base movement found in the standard IWC Mark XVIII. A slightly less impressive caliber like the 35111 with a more approachable 42-hour power reserve also helps to keep the price somewhat reasonable. 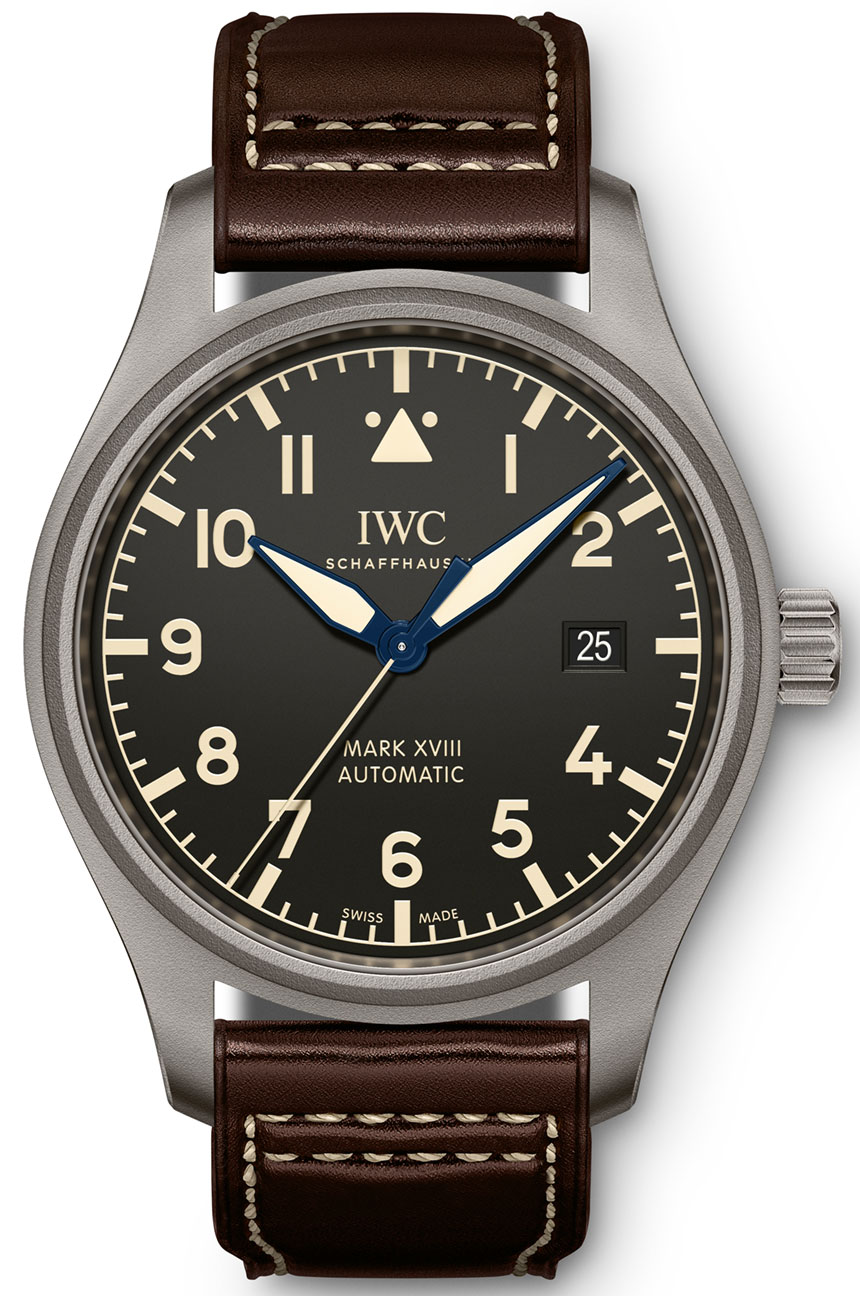 If anything, these new additions to the IWC Heritage collection help to round out a previously daunting collection in terms of physical size. The Heritage Big Pilot’s 48 and 55, released last year, are probably unwearable for almost everyone other than professional body builders and pilots who intend to wear the watch outside a flight jacket. It seems like IWC have sought to make their Heritage pilot’s watches more accessible across the board with the IWC Mark XVIII Heritage now available in titanium as reference IW327006 but still at a mid-level price point and the IWC Big Pilot’s Watch Heritage bringing the more haute watchmaking approach in new materials (titanium is reference IW501004 and bronze is IW501005) and in a size at least some people can pull off. The IWC Pilot’s Mark XVIII Heritage retails for $4,150 and the IWC Big Pilot’s Watch Heritage is priced at $13,200. iwc.com