IWC Vintage Aquatimer Watch Looks Classic Good, Reminds You Of When Diving Was Not As Safe 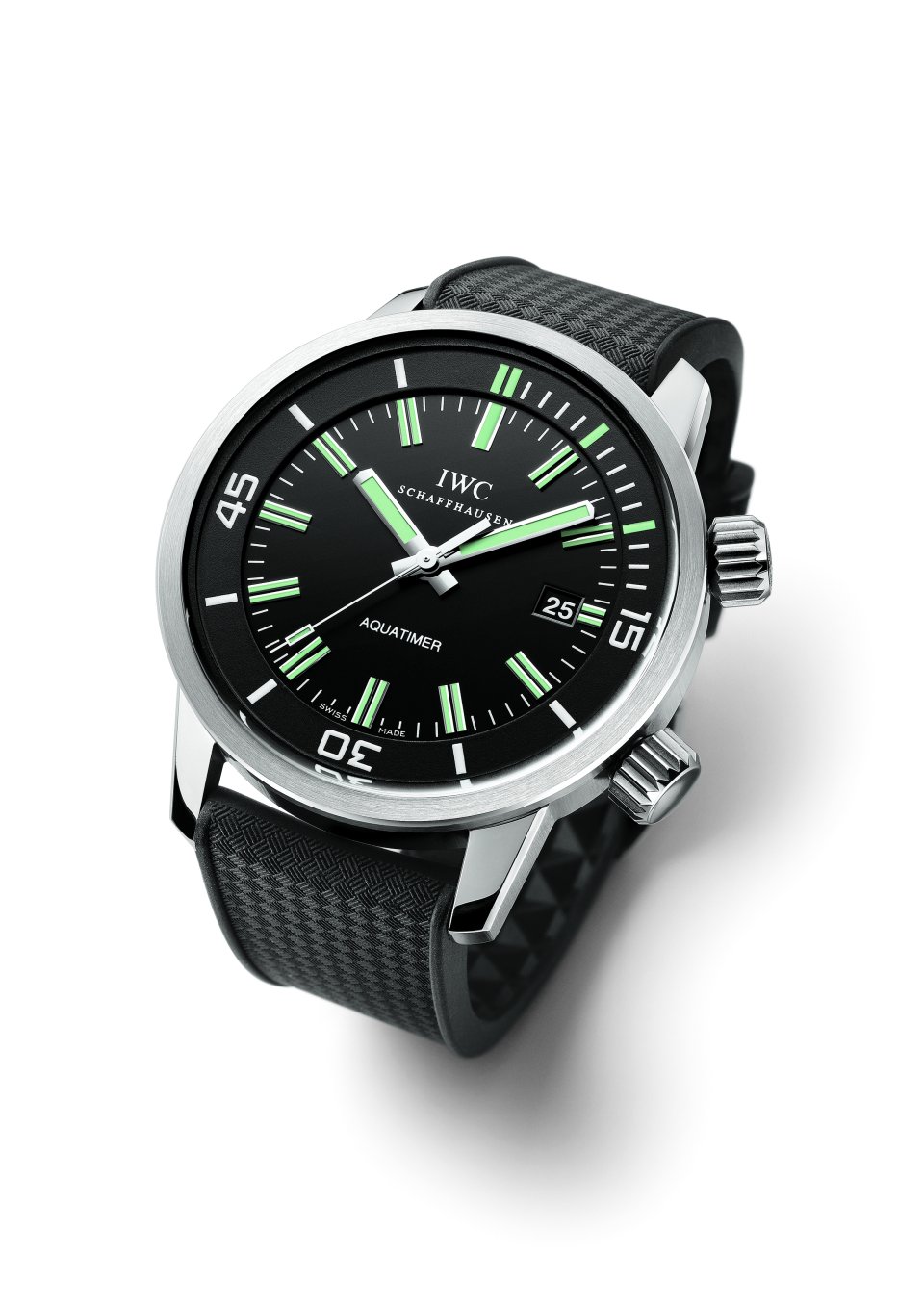 People have been diving for probably thousands of years, but it really became a science in the 20th century, after lots of envisioning occurred in the 19th century. The first diving watch was a Rolex because of its water resistance (Rolex Oyster case), but divers, like all people needed a variety. IWC decided to release the Aquatimer in the late 1960s, perhaps a little late on the bandwagon, but the Aquatimer was a nice watch. With the IWC Vintage Aquatimer, IWC pays homage to the original Aquatimer while at the same time releasing a fully capable diving instrument.

Like each of the 2008 IWC Vintage line watches, the Vintage Aquatimer does history justice without sacrificing modern demands. The Vintage Aquatimer is a no nonsense watch. Bold hands for high visibility add to indicators which are lathered in luminant for the best possible underwater viewing. The internal rotating bezel can be easily operated with gloves and enjoy an arguably better legibility than an external rotating bezel. The entire watch reminds me of the Ball Engineer Master Diver watch series, and both Ball and IWC probably did s bit of copying of each other, but that is mere speculation and no offense in the watch world.

Once again with the entire 2008 Vintage line from IWC, each model will be produced in steel with a limited edition run of 500 watches per watch in platinum. A serious metal, for a serious watch. I imagine that the platinum watches will fall into the hands of the most serious collectors as their increase in price is not commensurate with any increase in utility or aesthetic. The rubber strap on the Vintage Aquatimer is interesting. The cross-hatching pattern on the strap is meant to simulate the canvas straps that once held diving watches in place. Here the patten makes for a nicely done weave texturing that is pleasing and brings out the smoother details on the face.