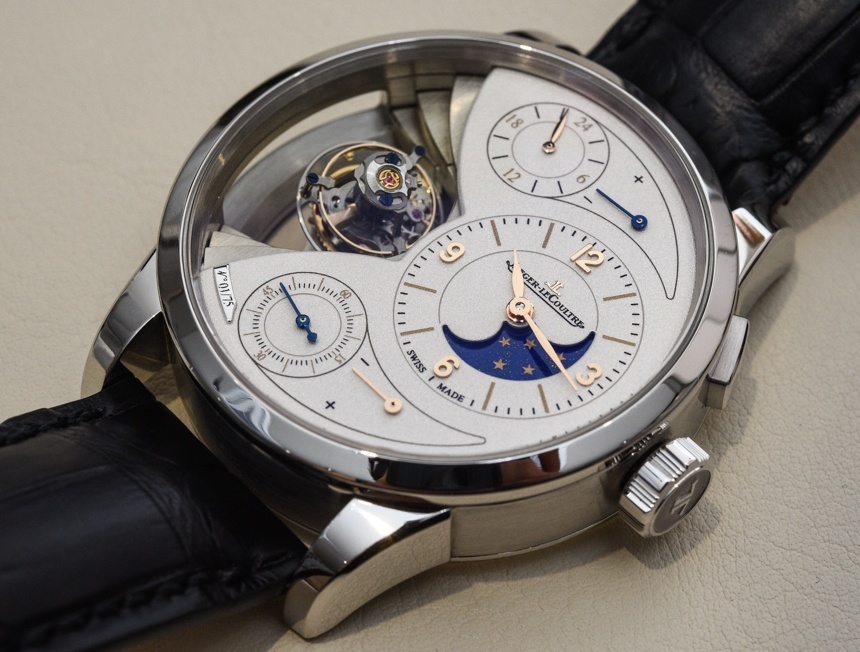 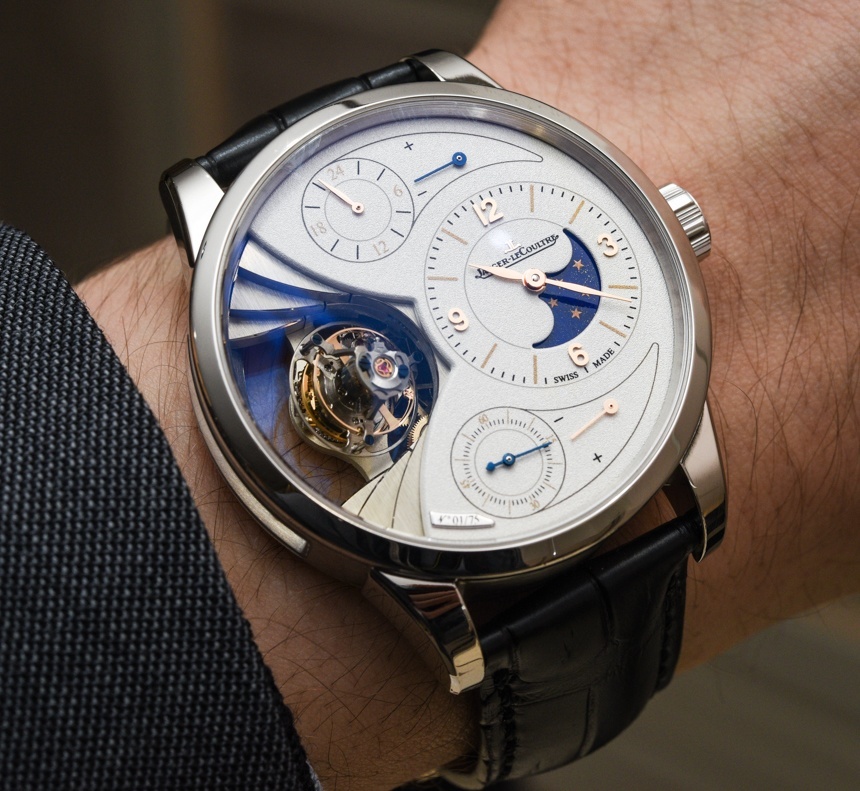 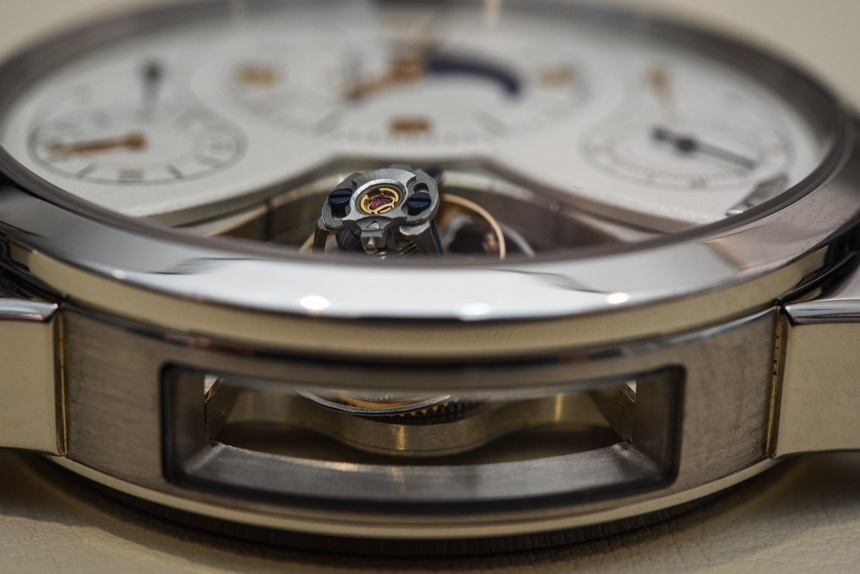 At 42 mm wide and 14.3 mm thick, sizing is the same as the original Spherotourbillon from 2012, but the case has been rendered in platinum, which looks stunning when combined with the color from the moon phase indicator and the off-white shade of the dial. Along with a mix of gold and blued-steel markers and hands, the dial carries a small metal plate with the edition number in the total run of 75 units.

The Jaeger-LeCoultre Duometre Spherotourbillon Moon uses JLC’s calibre 389 which is a modified version of the calibre 382 seen in the original version. In adding the moon phase complication, the Jaeger-LeCoultre Duometre Spherotourbillon Moon looses the date display found on the original model. I think the dial design benefits from this trade and looks beautifully and decidedly JLC. 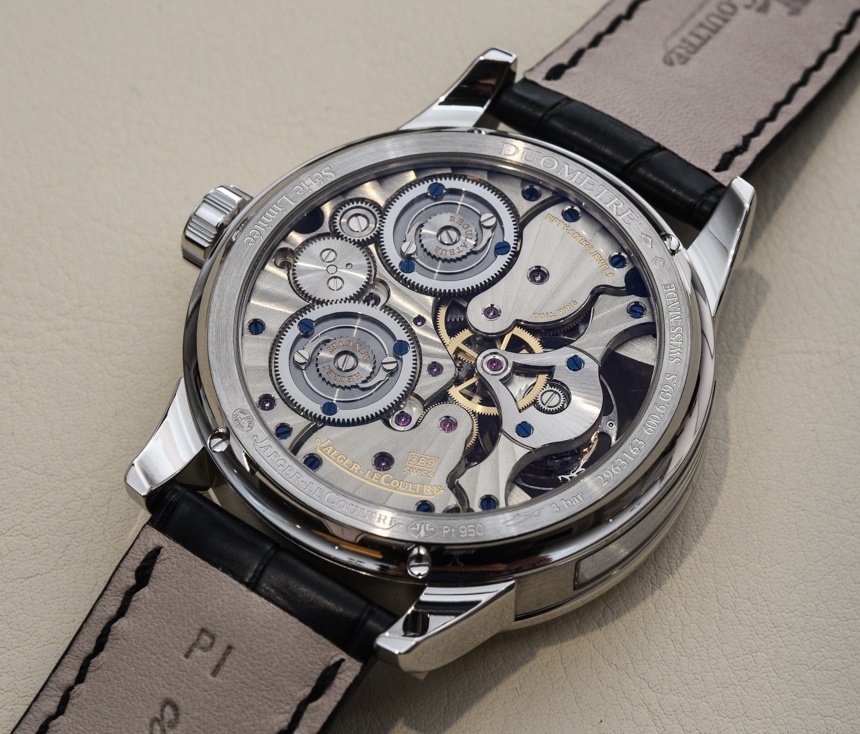 The calibre 389 still offers all of the complications we’ve come to know and love in the Spherotourbillon, including the twin power reserve, flyback seconds, 24 hour indicator and that amazing spherical tourbillon. With 476 parts (105 for the Spherotourbillon alone, including a cylindrical balance spring), the hand-wound calibre 389 has two barrels and a power reserve of 45 hours.

I’ve had the pleasure of seeing the original in person, and it is nothing short of fascinating. In typical JLC fashion, the added moon phase complication is accurate to within one day every 3887 years and the disc is made from lapis lazuli. 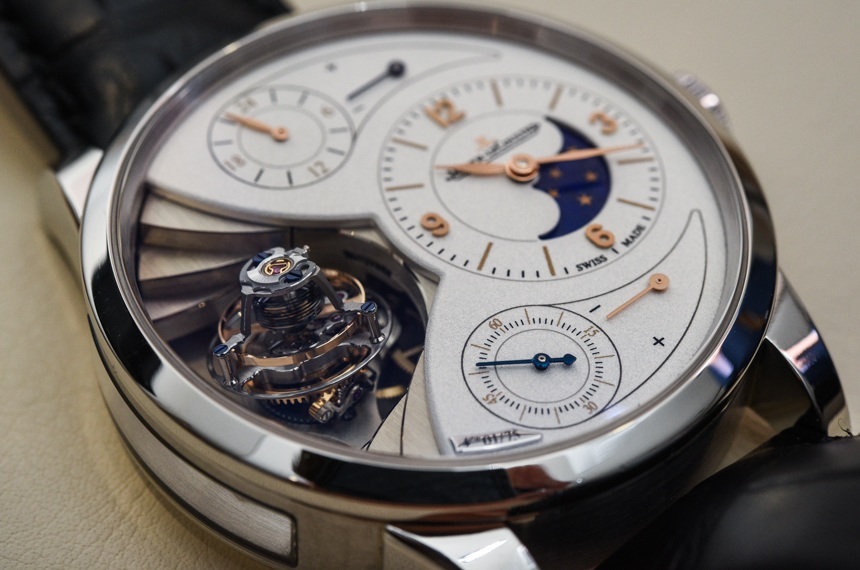 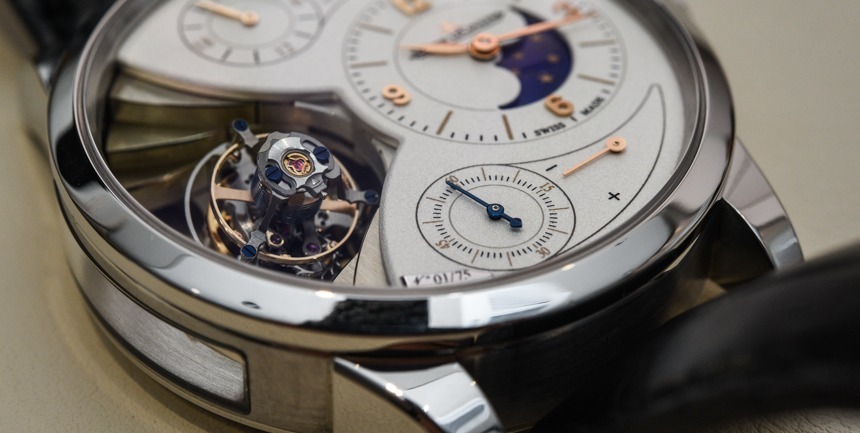 In the continued pursuit of accuracy, the Jaeger-LeCoultre Duometre Spherotourbillon Moon is host to the same flyback seconds reset feature found on the original Spherotourbillon. The flyback seconds is controlled by the pusher at two o’clock and allows you to reset the seconds display to zero (to sync with an external time source) without interrupting the balance. This means you can synchronize to the nearest second without affecting the overall timekeeping of the watch. 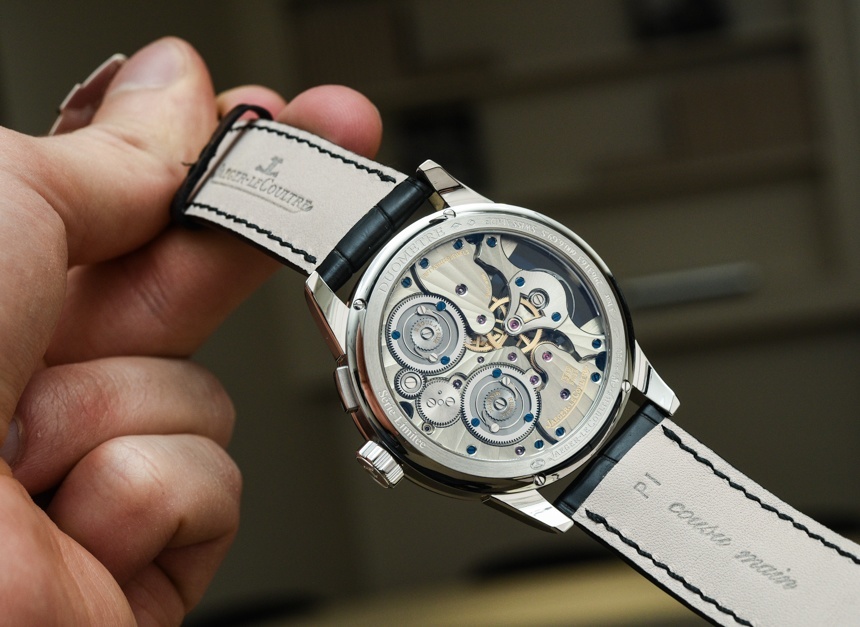 If ever you grow tired of the dial view, the backside of a Duometre is never a disappointment, allowing a clear view of both barrels and the beautifully finished german silver bridges. The two barrels work independently, with one barrel powering the Spherotourbillon and the other managing timekeeping and the moon phase. 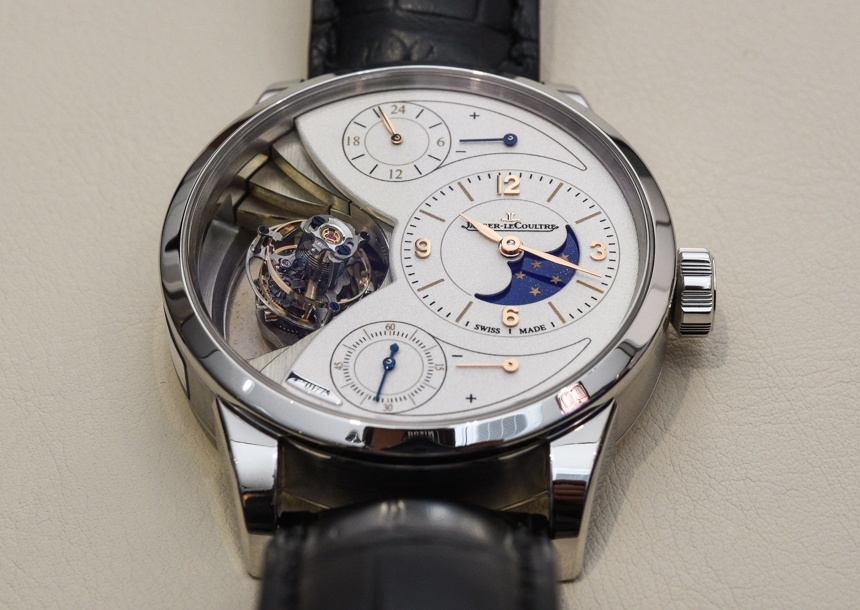