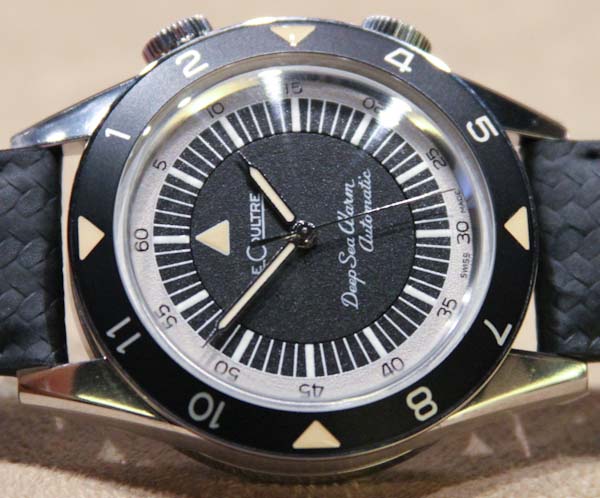 It wasn’t until I put this watch (I mean watches) on my wrist, that I understood why Jager-LeCoultre wanted to make it (again). The Memovox Deep Sea was the brand’s first real dive watch – made in 1959 until the early 1960s. I read that 1,061 pieces were ever produced. Getting one today (in any condition) is an almost impossible task. And there you have your reason. The history behind the watch is sufficient for JLC to make it again – to offer aficionado’s the ability to obtain and un-obtainable watch. Makes sense right? And isn’t that what offering a “re-issue” watch is all about. 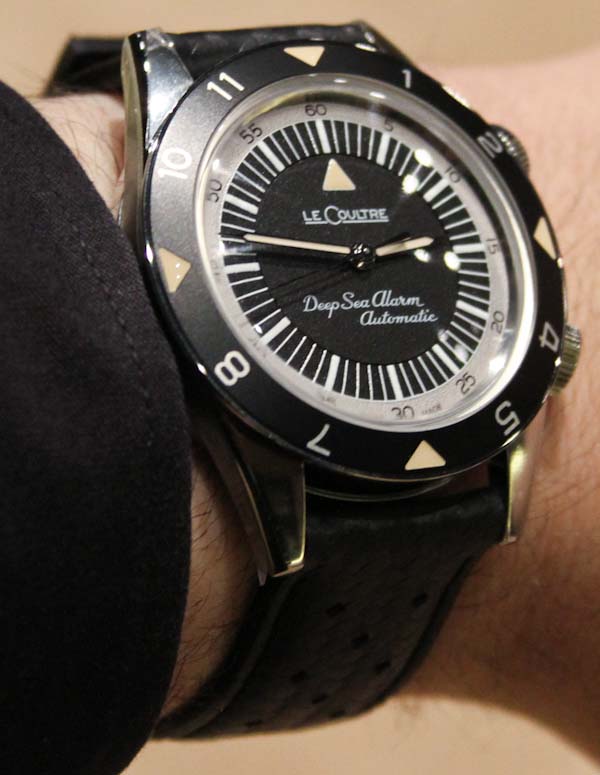 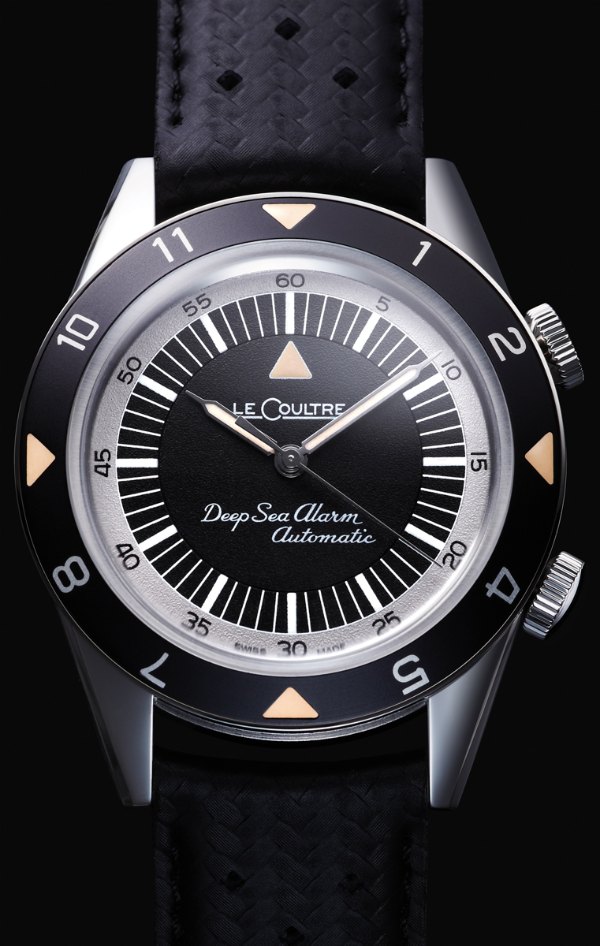 At first glance I was not moved by these non-identical twins. “Vintage looking dive watches… enough said,” I thought. Then I was introduced the pieces and got a chance to put them on. A smile came over my face and I had a real sense of social nostalgia. I was not alive when these watches came out, but something about the golden age of Cousteau and fighting to dive deep into the ocean came over me. I started to think of silly cartoons from the 1970s that idealized underwater exploration. It was like I was wearing a watch someone would wear in Johnny Quest – it was just a fun watch that really felt like a piece of history. The fact that it was physically produced just a few months ago didn’t really seem to matter. 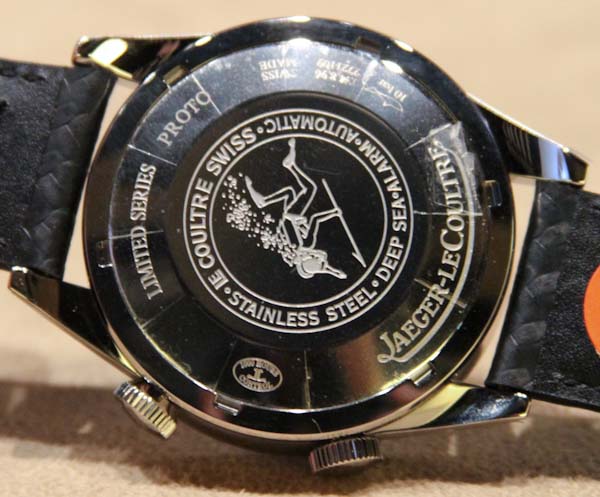 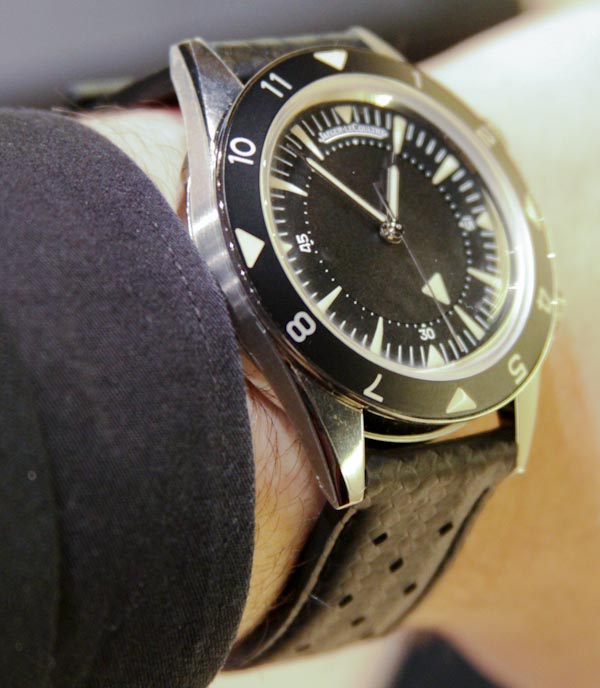 The watch, like many other vintage inspired timepieces, is a study in quality replication. Amusingly enough, the watch is Jaeger-LeCoultre making a replica of its own pieces. For a nice report on the original, you can see this post here. JLC changes only a few things. Well, for starters the movement is not the same. These two watches contain the new Jaeger-LeCoultre Calibre 956 automatic alarm movement with a power reserve of 45 hours. The movement has two crowns, one for adjusting the time, and another for the alarm. The watches are also a tad bit larger than the originals – but not my much. The Memovox Tributes are 40.5mm wide in steel.

Like the originals they have plexiglass crystals, 100 meters of water resistance, and a cool black and faded yellow look to the dials. The straps on the new models are meant to be reminiscent of the woven fabric straps of the originals. Today they are done in a textured black leather. 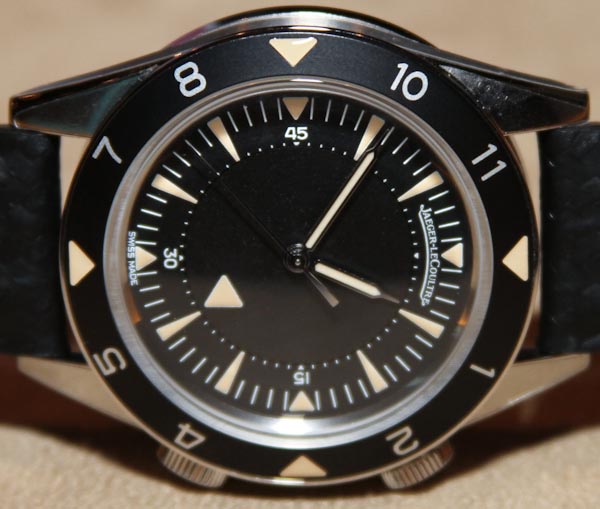 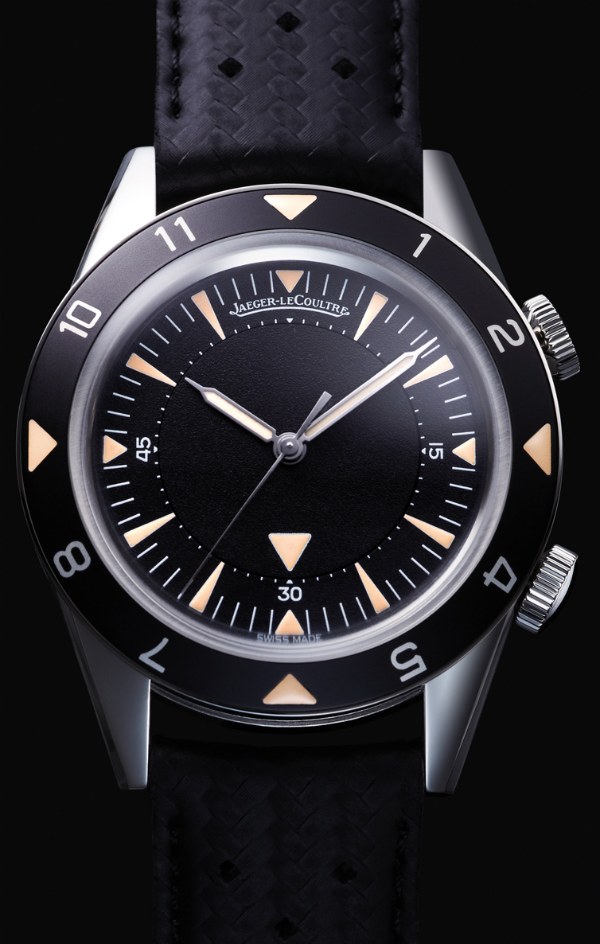 OK, so no for some interesting history on why there are two pieces. The cleaner looking dial was meant for the European market, while the other dial was meant for the United Stats market. Note that the brand name is different on them. In Europe consumers got a Jaeger-LeCoultre, while Americans got a LeCoultre watch. Now why is that? Stephane Belmont, product manager at JLC told me the story. At the time JLC was not allowed to use the “Jaeger-LeCoultre” name in the US for intellectual property reasons. Not totally sure why that is, but it was not until later on that JLC obtained the rights to use its full brand name in the US. For that reason, you have two different brand name.

There is another reason the dials are different. Apparently the US market simply wanted something different than what US had. So JLC came up with a different dial design that US retailers requested. I don’t think the text on the dial looked so great, but that is how it was in 1959, and that is how it will be in 2011. 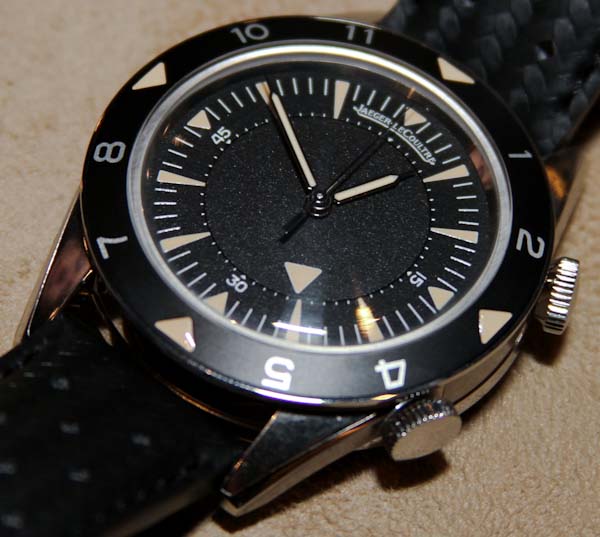 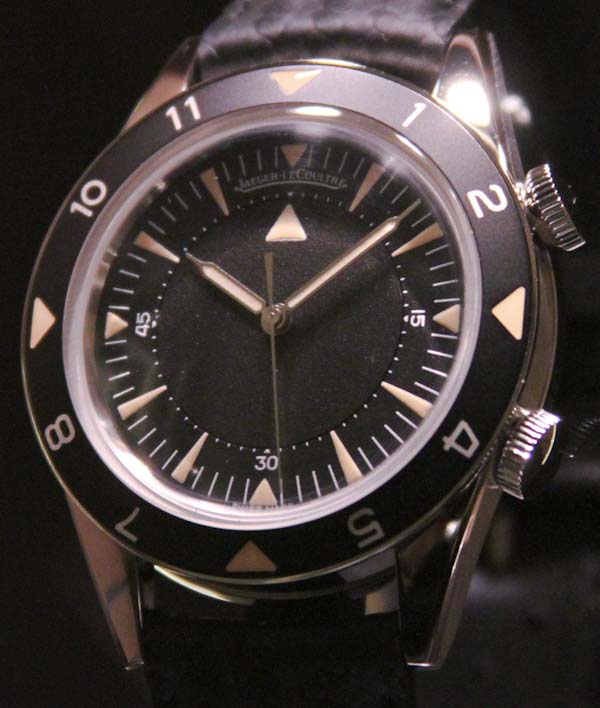 Another interesting story about the watch is why it has an alarm. Underwater, alarms are more functional than outside of the water. That is because sound travels more efficiently – so you can hear them better. Jaeger wanted to separate its dive watch from those made by other brands that had rotating dive bezels. Such bezels where used to help divers with certain reminders. So Jaeger-LeCoultre decided that its dive watch would have an alarm. That way you could time an event and actually be reminded when it was time to do something. I would have never thought of that unless JLC told me about it. Like many other brands Jaeger-LeCoultre watches have a lot of great history, but you need to really experience the brand for a while to learn all the little stories.