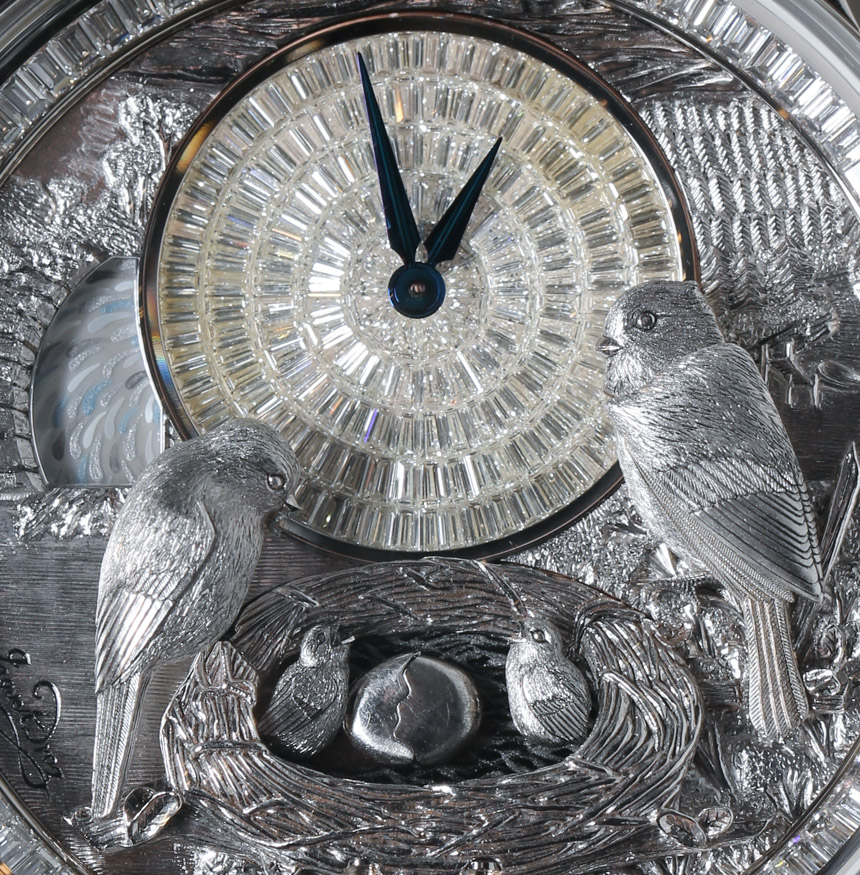 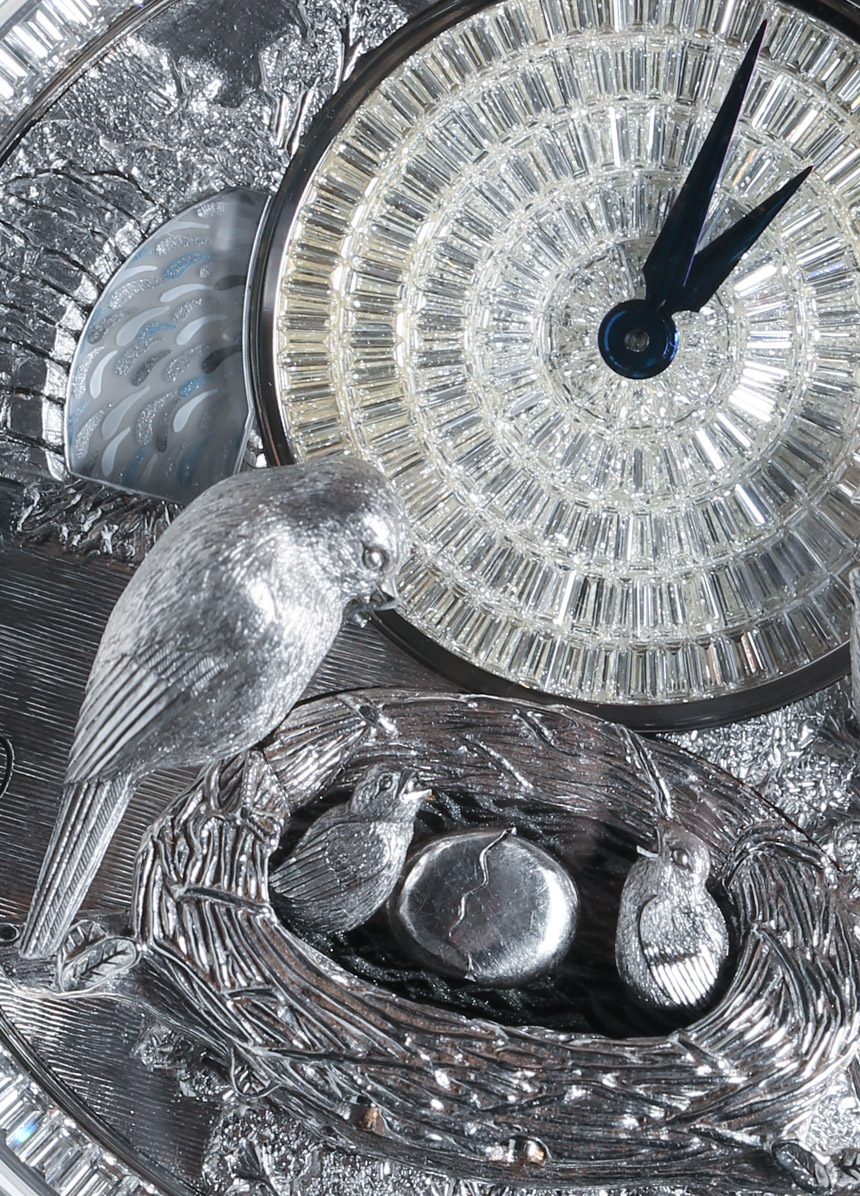 Additional baguette-cut diamonds are found on the inner part of the bezel, as well as in the lugs on the case. Baguette-cut diamonds tend to be more masculine than say round-cut diamonds. So even though this is a highly decorated version of The Bird Repeater, it does retain a sense of masculinity. I mean as much masculinity as a watch that has two parent birds feeding chicks can have. I also rather enjoy the leaf-style engravings on the side of the case, which go nicely with the nature theme of the watch.

I’d like to remind you that even though Jaquet Droz has a long history with automatons, The Bird Repeater is the first watch that attempts to bring this element of the brand into the modern era. The manually wound watch movement features a minute repeater that when activated displays a series of animations. The animated figurines on the dial are sometimes known as “jaquemarts” as well as automatons. In the video above you can see the full extent of the animation. The scene is very impressive given the amount of movement. Most jaquemarts just bob around a bit, but on The Bird Repeater the animations are comparatively very sophisticated. 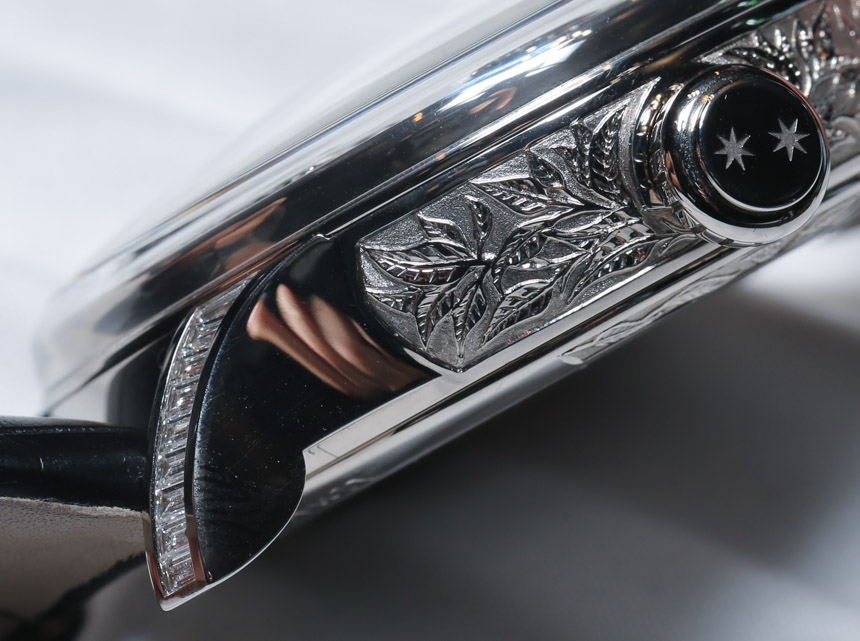 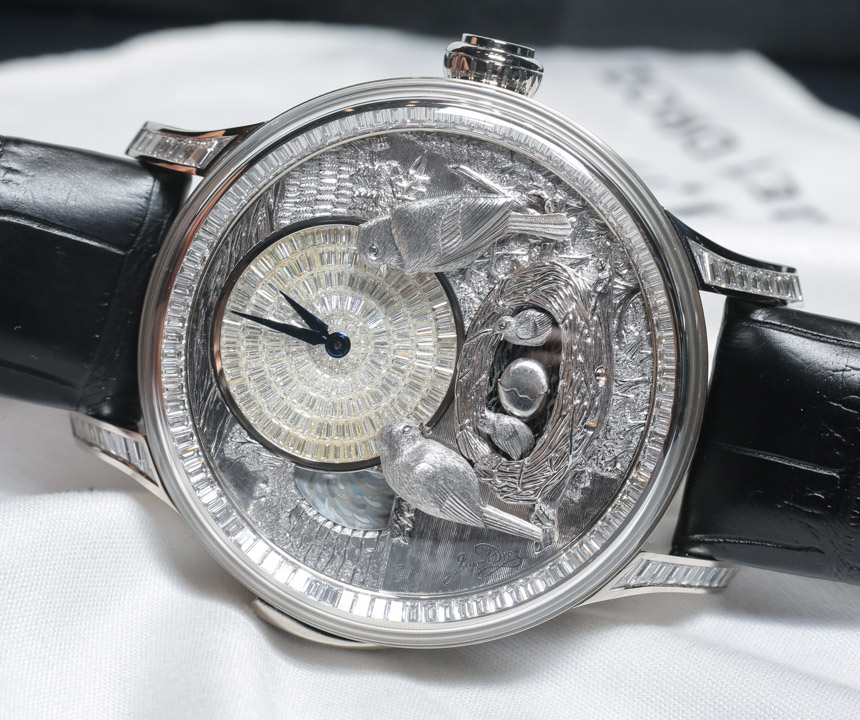 Compared to the Charming Bird, The Bird Repeater is a bit more of a classically wearable watch. It is large with a 47mm wide case, but it is an incredible work of both technical and aesthetic art. This version of course is the blingier brother of the collection, but it is amazing to see pieces like this in the flesh. Again, this version is a piece unique and ups the already impressive price of The Bird Repeater (without diamonds priced at about $500,000). jaquet-droz.com