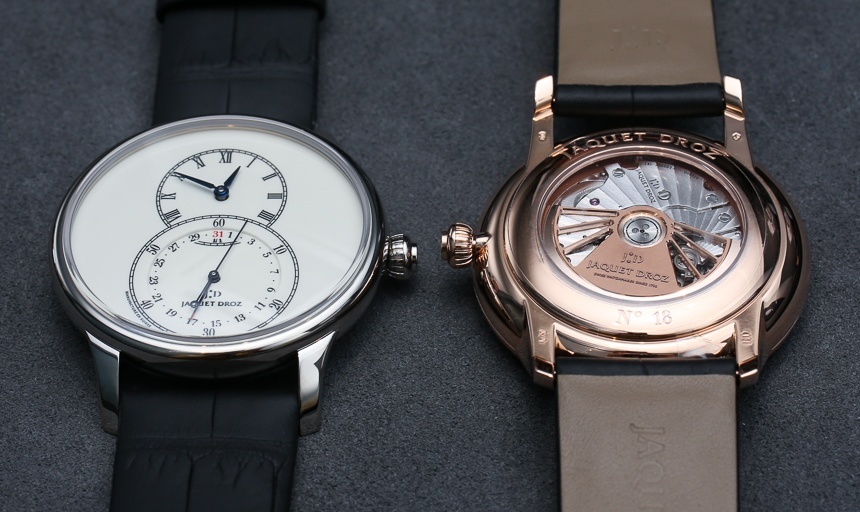 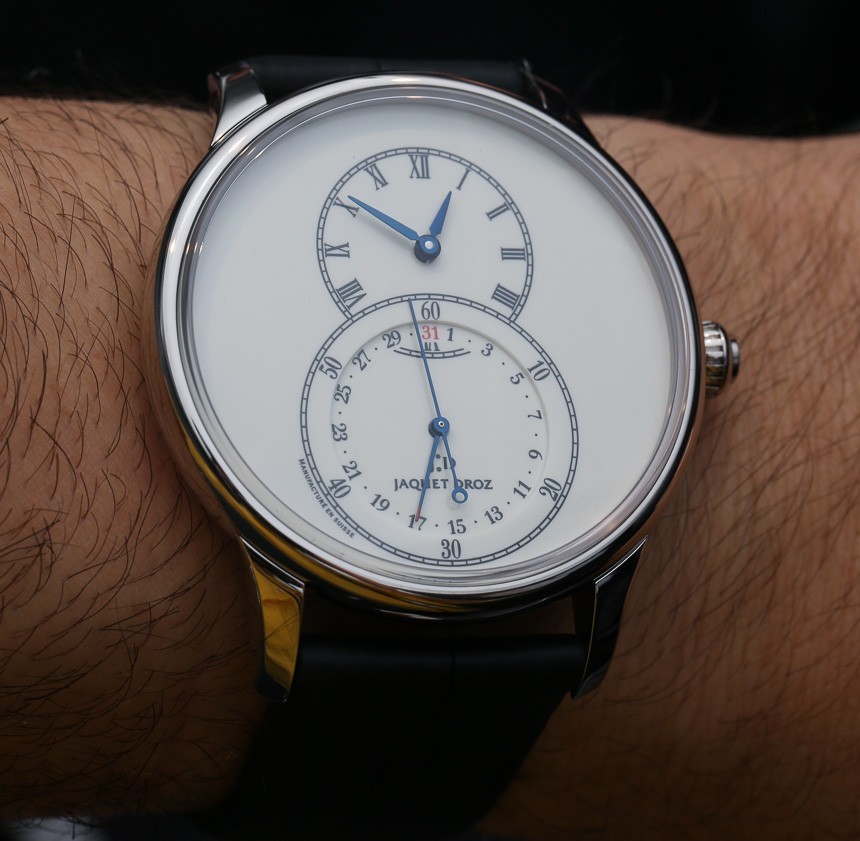 More so, the 2014 Jaquet Droz Grande Seconde Quantieme Ivory Enamel watches contain brand new movements which Jaquet Droz will use to help distinguish their timepieces. Jaquet Droz is part of the Swatch Group and received high-end movements from the group, but starting with this new collection, the movements will be much nicer with better specs and an improved visual aesthetic. 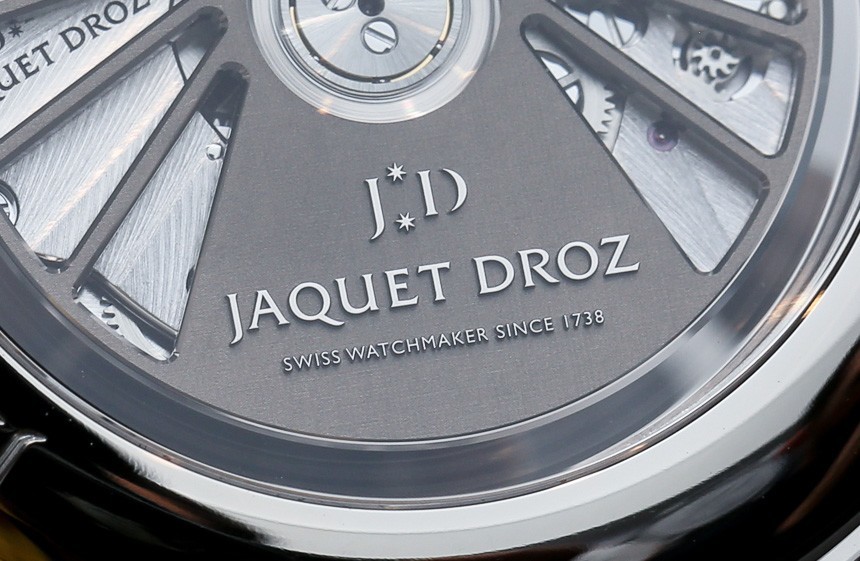 So allow me to begin by discussing the movements used in the Jaquet Droz Grande Seconde Quantieme Ivory Enamel watches. Both the larger and smaller diameter versions of the watch will have the same movement, which will have an automatic rotor in a metal to match the case (either 18k red or white gold). The movement is the Jaquet Droz caliber 2660Q2.P automatic with a silicon hair spring and double power reserves. The movement operates at 4Hz (28,800 bph) and has a power reserve of 68 hours. The decoration is impressively nice and the work on the automatic rotor is quite fantastic. This is really the direction Jaquet Droz needed to go in order to help position not only their designs, but their movements for the high-end consumer.

The new movement offers the same features as before which include the hours and minutes in an off-center display above a larger subdial for the seconds. The lower subdial further includes a date indicator dial, which is why this Grande Seconde model is referred to as the “Quantieme.” The addition of the date slightly disrupts the austere beauty of the Grande Seconde versions with just the time, but many people find the added complication quite useful. 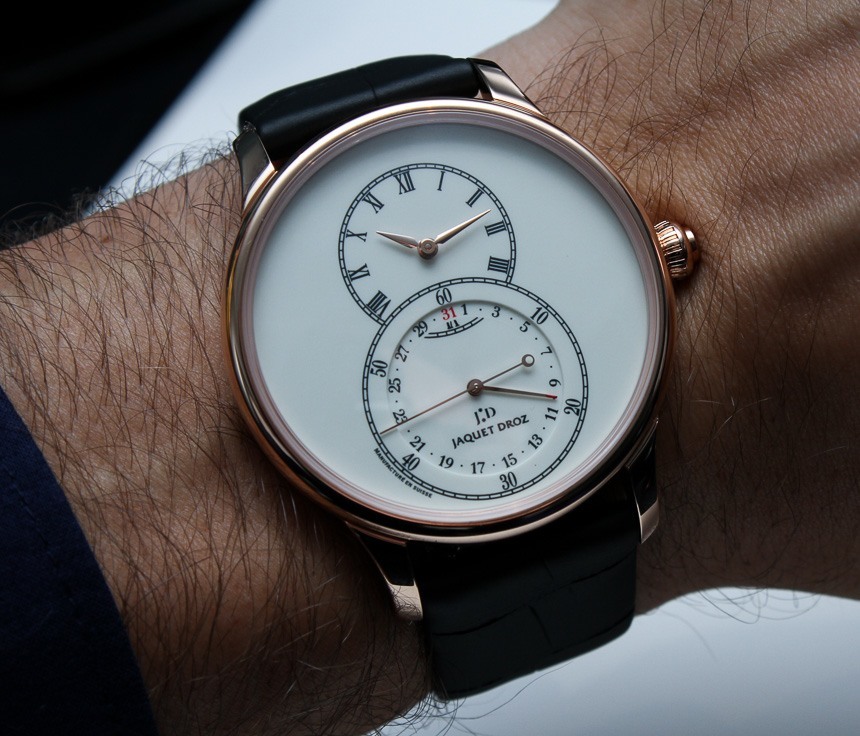 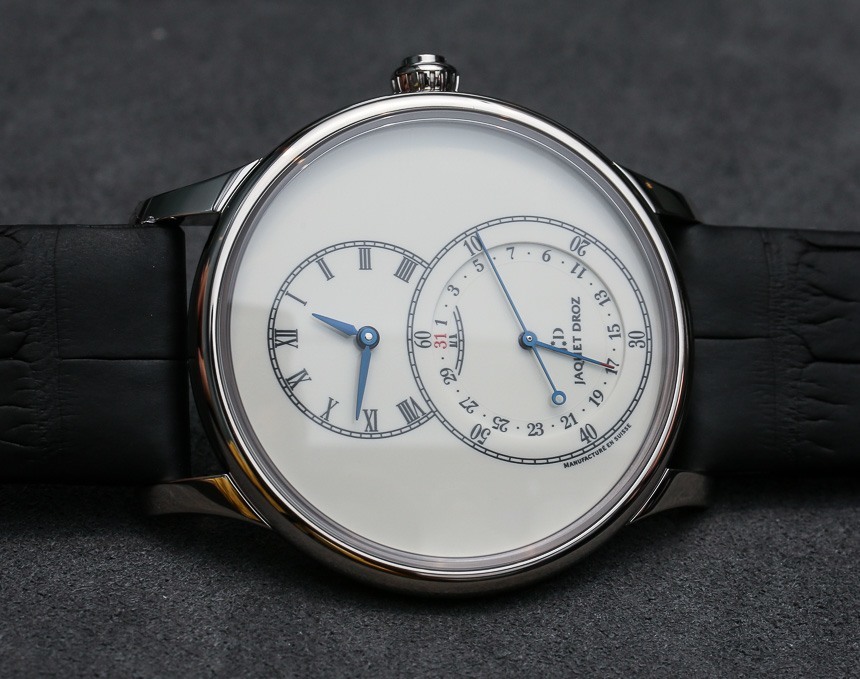 Jaquet Droz will produce the Jaquet Droz Grande Seconde Quantieme watch in both 18k red gold and white gold versions, as well as in both 39mm wide and 43mm wide cases. The thickness of each version is virtually the same at just over 12mm. Jaquet Droz is popular in many Asian markets, which is why the 39mm wide version is available in addition to the existing 43mm wide version. Given the starkness of the dial I find that the larger size of the case offers a nice statement on the wrist. It is really nice to wear a Jaquet Droz if you appreciate their penchant for dial cleanliness.

As well as being offered in 18k red or white gold, the 2014 Jaquet Droz Grande Seconde Quantieme watches offer “Ivory Enamel” dials. Jaquet Droz likes to think of themselves as a specialist in enamel dials, and true enough, they do some very impressive stuff with their limited editions. These watches offer more simple yet attractive enamel painted and baked dials which offer a crisp legible look against the ivory white color of the face. Both the 18k red and white gold versions have the same ivory dial colors. 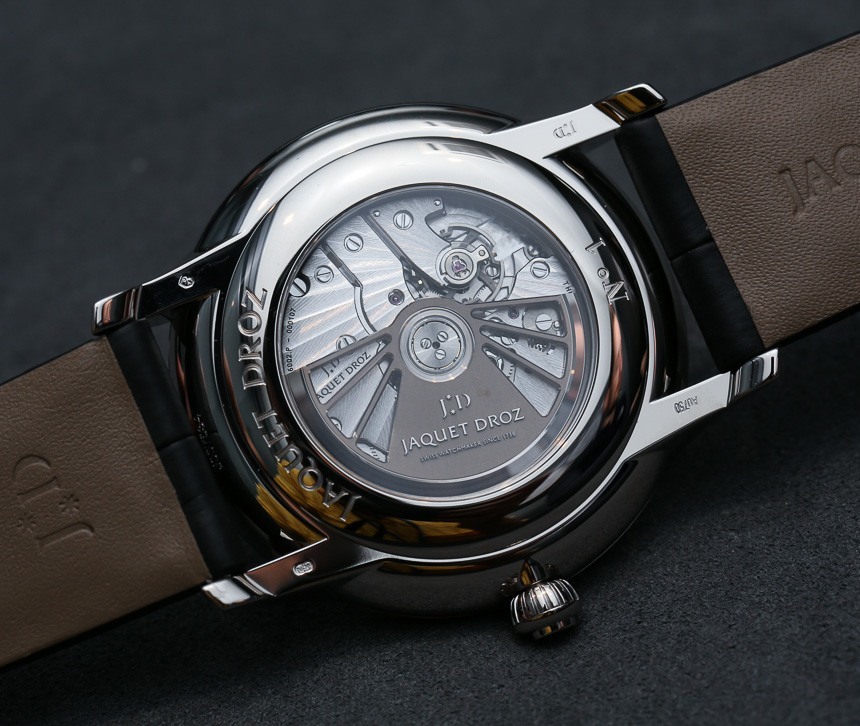 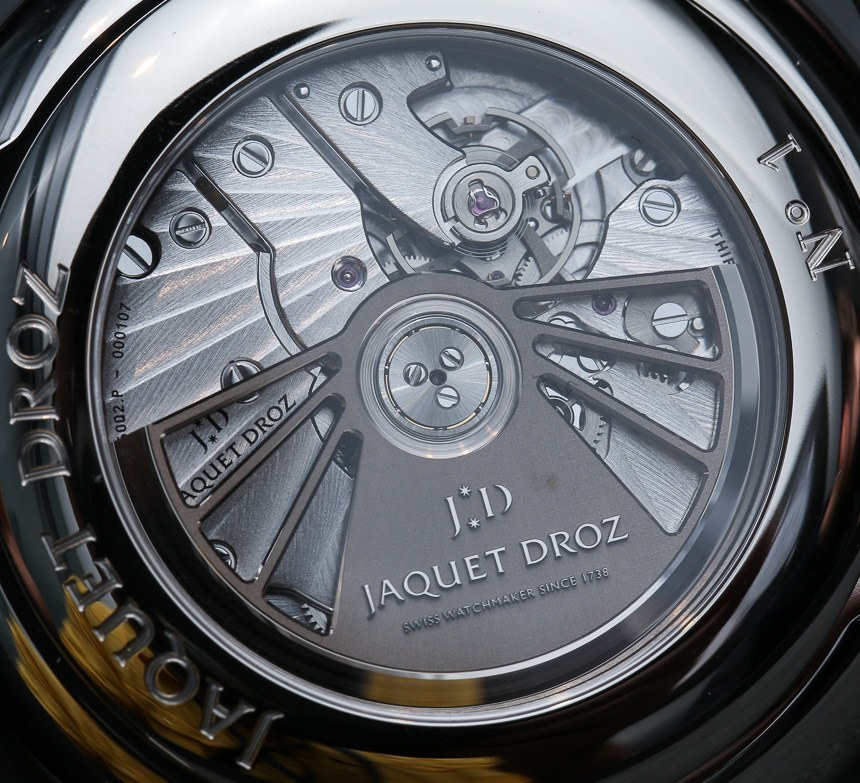 In the past, Jaquet Droz experimented with darker dial colors for the Jaquet Droz Grande Seconde Quantieme and other models in the Grande Seconde collection. I don’t think they worked as well as lighter color dials because legibility was greatly affected. That doesn’t mean that they aren’t good dark dial colors of the Grande Seconde, but they are less common than the ivory, white, or silver colored dials. That is just sort of the way it is if you are interested in legibility (and you should be interested in legibility).

A common question I find myself asking is whether or not the Jaquet Droz Grande Seconde watch collection is for dressy or casual attire – or both. It isn’t exactly a dress watch with its burlier yet refined case, and it isn’t a sport watch with its more elegant presentation and dial design (and only 30 meters of water resistance). The people I’ve seen wearing Jaquet Droz Grande Seconde watches in public tend to be independent thinkers with a stylish twist and often a deep love of watches. No matter how elegant or quirky a Jaquet Droz watch is, the brand is undeniably avant garde – which makes it rather unique among the Swatch Group brands. 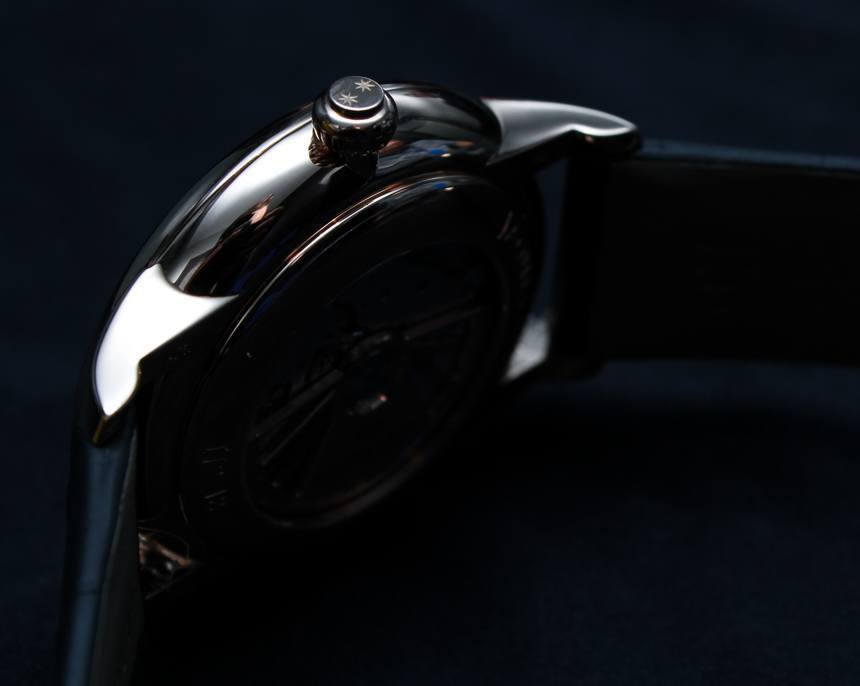