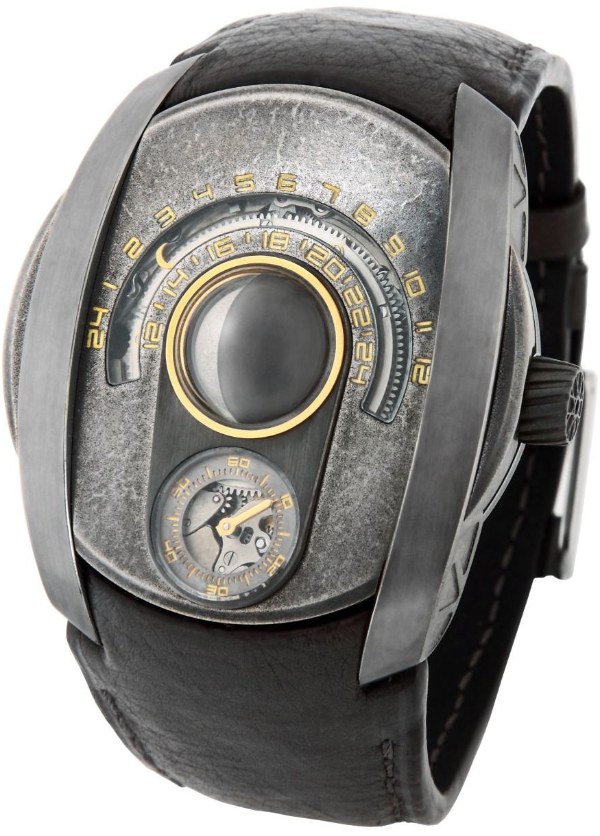 Is “Konstantin Chaykin” like the dark version of “Vacheron Constantin?” At very least the name sounds like the Russian version but then again “Konstantin Chaykin is a Russian name. While most of his work is in the clock category, Konstantin Chaykin now debuts a fascinating timepiece that he called the Lunokhod. The watch focuses on its novel moon phase indicator, and has a really interesting design that seems to fit with the brand’s motto “religion of time” (sounds creepy, I know).

Konstantin Chaykin is a very accomplished watchmaker and is a member of the AHCI (where all the coolest indy watch makers want to be!). He seems to specialize in complex calendar clocks, so I recommend you check out his website for some neat stuff. The Lunokhod watch is something else entirely. The name means “moon walker” and it is his homage to Michael Jackson. No, that’s a joke. It refers to a Russian un-manned lunar lander that went to the moon in 1970. It also happens to look a bit like Jules Verne sci-fi robot and Star Wars torture droid all mixed into one. Didn’t I see a Lego version of this? 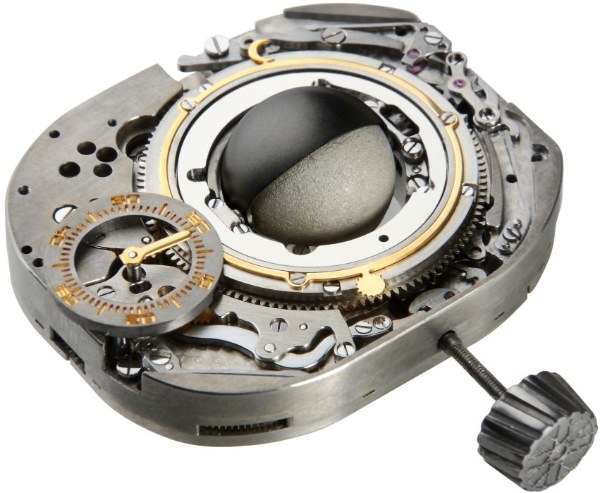 I am actually happy that the design of the Lunokhod watch does not mimic the moon walker (although there are a few design cues that are meant to honor it). The case looks more fantasy/antiquities themed than sci-fi or steampunk. I feel like I have seen designs like this in places like Stargate, Lord of the Rings, Hellboy, and other places with similar art direction. Chaykin did a good job of making the watch look a wizard’s gadget. In other words, it looks like a modern instrument meant to look like the designer is from 300 BC.

The watch revolves around a large 12mm wide orb style moonphase indicator in the middle of the case. Most of the dial is metal, while there are three separate sapphire crystal opens to see the complications and a bit of the movement. The textured silver orb is meant to mimic the surface of the moon. The moon phase change is accomplished via a black rhodium plated silver hood that revolves around the moon orb. Below the moon phase indicator is a subsidiary seconds dial, and the time is told in 24 hour format via one of two small hands that pass over a 24 hour scale. One hand is a moon and one hand is a sun – letting you know whether you are in the AM or PM half of the say. Wait you say, isn’t that unnecessary with a 24 hour scale watch? Yes, but given the layout of the dial, it is necessary to know whether you are reading the top or bottom part of the time scale. 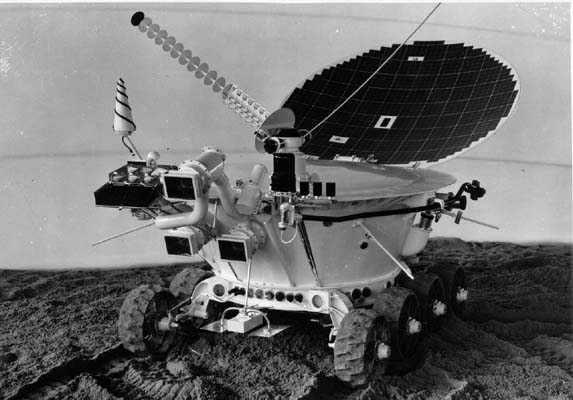 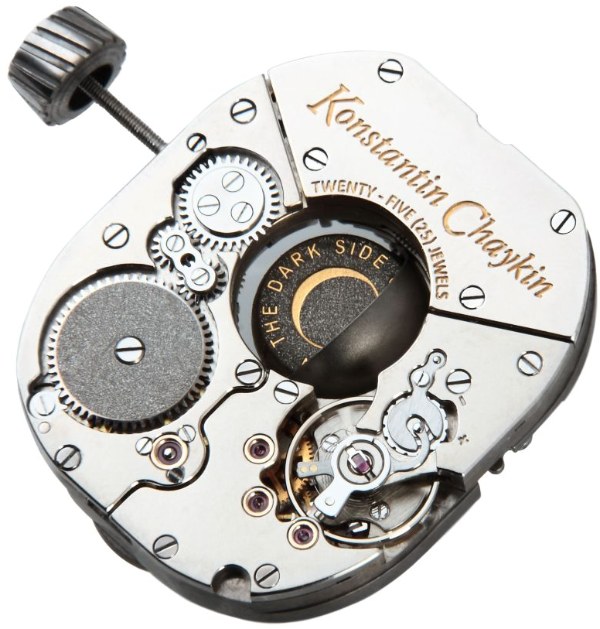 Somewhere between a tonneau case and a round case, the Lunokhod’s case is done in a special type of steel that looks unfinished. It is actually called “Wootz” steel, and is actually a form of layered Damascus steel. Guess when it was first developed? 300BC. I think the case is well-done. With the lugs structures going all through the case and Chaykin’s use of different textures. The strap is ostrich and not only is designed to match the curves of the case but has a complimentary texture. This isn’t a small watch, and at 50mm wide, it will make for a distinct and loud statement on your wrist. A statement that might suggest “I have a large eye on my wrist that is staring at me.” 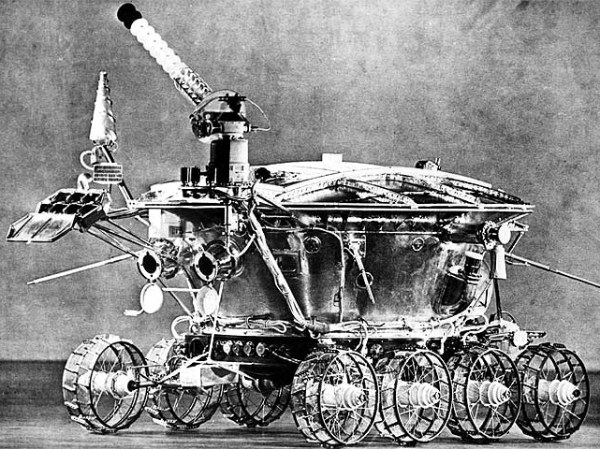 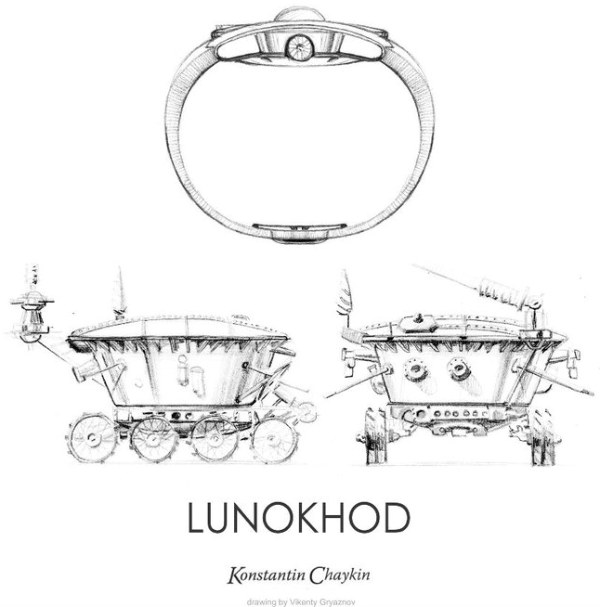 According to Konstantin Chaykin, the manually wound mechanical movement is entirely in-house made and designed. There is more Wootz metal on the movement. For fun, the back of the half-moon or says “The dark side of the moon.” I do like that the watch isn’t too thick, and the protruding moon phase bulges out on the top, but not the bottom. Overall the Konstantin Chaykin Lunokhod is a very interesting watch from an equally interesting independent Russian watch maker and brand.