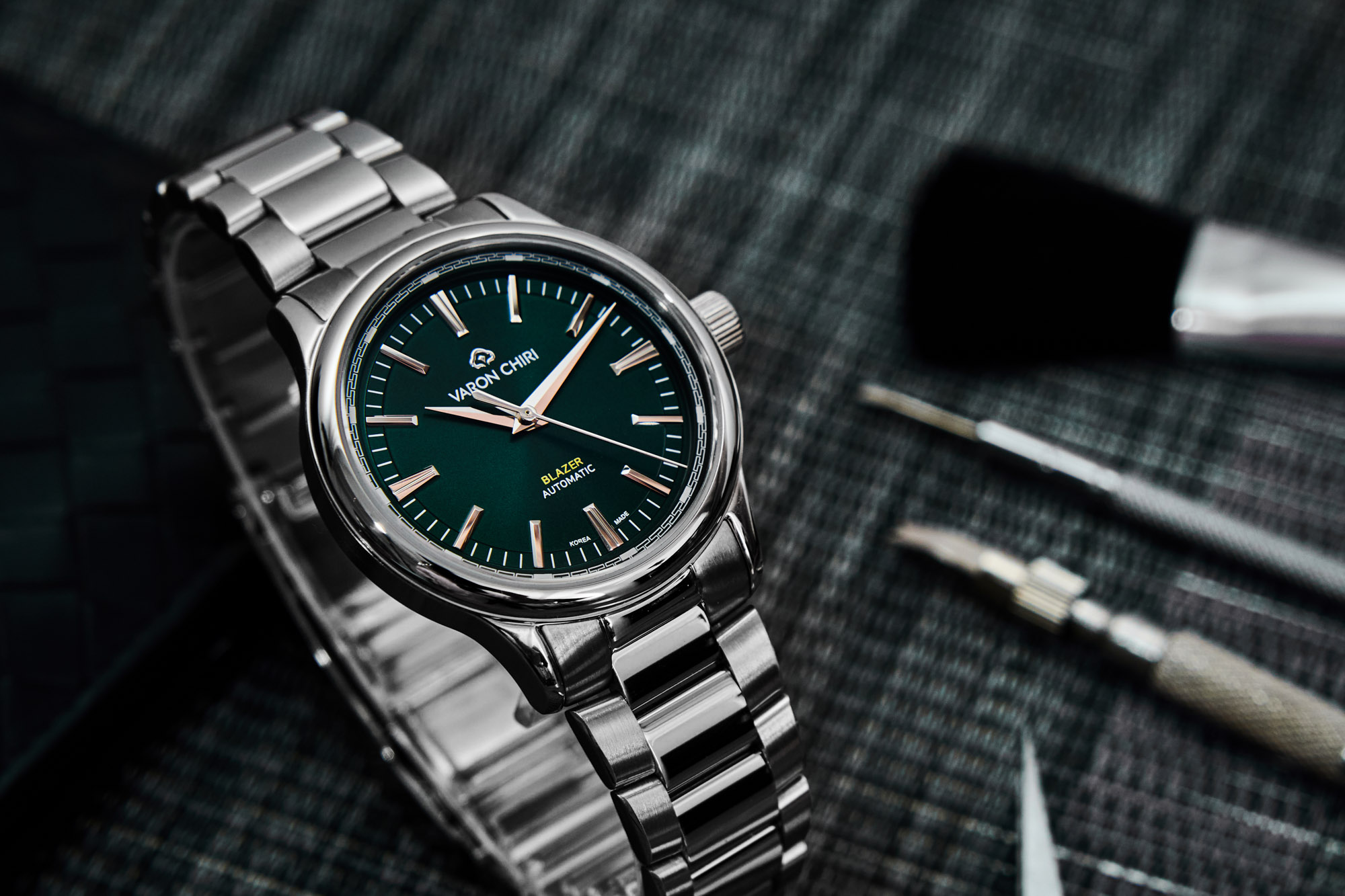 Launching on November 22 on Kickstarter, BLAZER is the first collection of Korean microbrand Varon Chiri. Setting off with a desire to merge modern design and accessible luxury, Varon Chiri is proud to have designed its debut model line based on watch enthusiast feedback, having conducted a survey among 750 people to help identify ideal specifications. 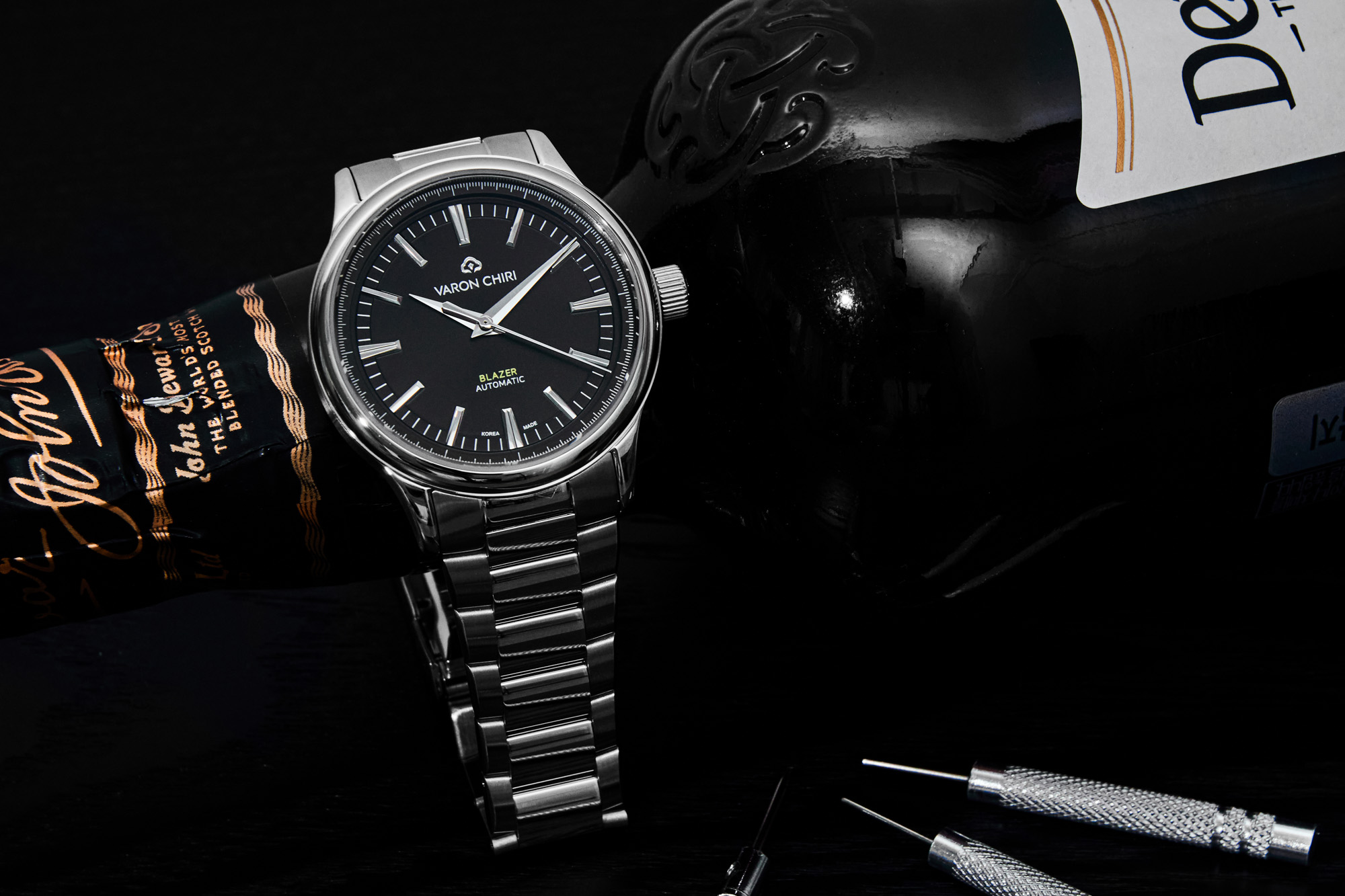 At first glance, the Varon Chiri BLAZER reveals its superb proportions that follow the latest developing trend in modern watchmaking: smaller case sizes and more wearable dimensions. As such, the BLAZER watch measures 38.5mm-wide and just 9.7mm-thick and combines that with a lug-to-lug distance of 45.0mm. Watch enthusiasts, like those Varon Chiri consulted, have been seeing the tides turn on large watches, as smaller and more comfortable pieces began setting the pace across the board.

Interestingly, according to the survey, the most preferred case width was 38.5mm, and the ratio of case width to lug-to-lug length was 1:1.19. Based on this ratio, Varon Chiri’s case size & lug-to-lug length were determined, albeit with a small modification to 1:1.17, as the BLAZER’s lugs start from the inside of the case with a beveled edge for a sharper look. Varon Chiri says that, just as the first timepiece was created by the opinions of watch enthusiasts, the brand will continue to move forward with an open mind by actively collecting the opinions of watch owners and enthusiasts. The summary of the survey was released on Varon Chiri’s Instagram. 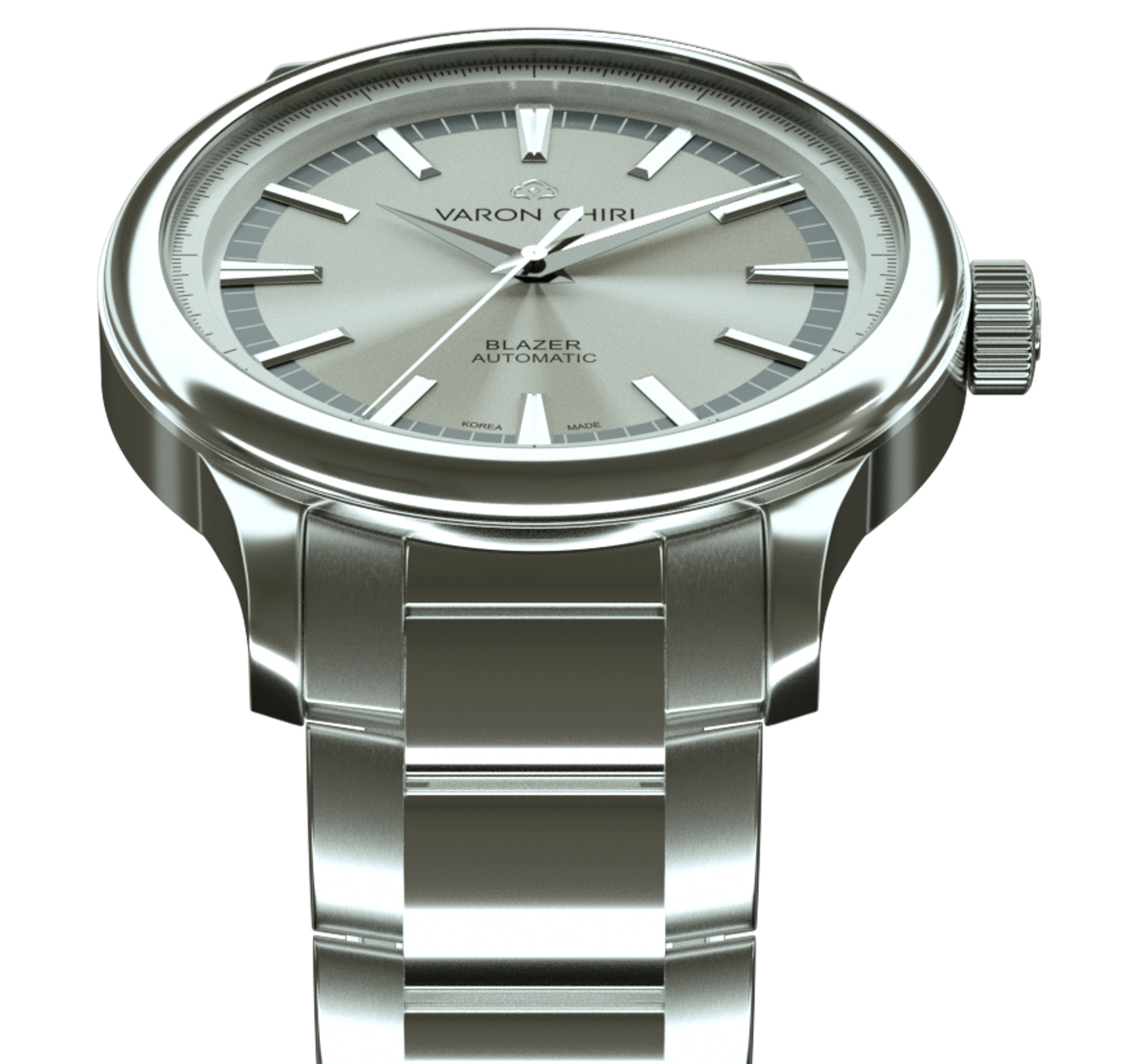 The brand name, Varon Chiri, means “repel evil with right will” in Korean, as the founder of the company hopes these watches endow their wearers with only good fortune. The logo is inspired by the sword pommel of the “Sainchamsageom,” which was produced once every 12 years since the Joseon Dynasty. Sainchamsageom was crafted in every year of the tiger to repel negative energy and bring positive energy and peace to the country during the Joseon Dynasty. As the meaning of Sainchamsageom and the meaning of the brand name of Varon Chiri are the same, the logo was inspired by the sword, and because 2022 is the year of the tiger, it is the year of crafting Sainchamsageom — and the year of Varon Chiri’s birth. 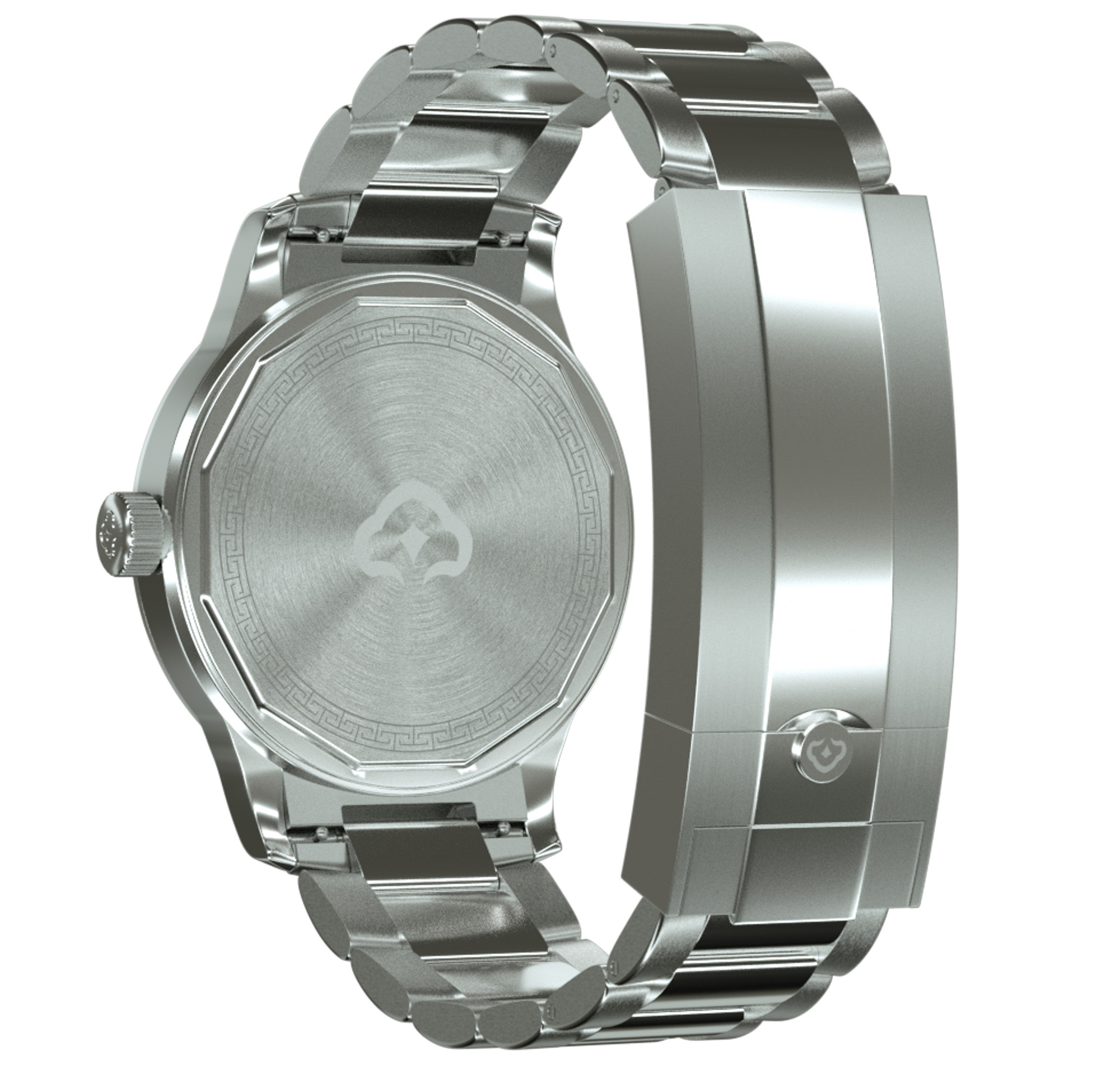 The Varon Chiri BLAZER is powered by the thin Miyota 9039 movement that measures just 3.9mm-thick. This premium automatic movement features a self-winding system to replenish the 42-hour power reserve and operates at a modern frequency of 4Hz. The movement offers a stop-second “hacking” device and hand-winding. Importantly, the movement is safeguarded by an anti-reflective coated sapphire crystal, a solid caseback, and an impressive 10ATM (100 meter) water resistance rating. The caseback features a discreet and soft engraving so as to ensure a comfortable wearing experience for those with sensitive skin — deeply etched logos and texts seen on other casebacks can result in a compromised wrist feel. The engraved traditional pattern was inspired by the walls of Gyeongbokgung Palace, which have been protecting it since its construction in 1395. Like this wall, this traditional pattern is engraved on the case back as a means to protect the owners. 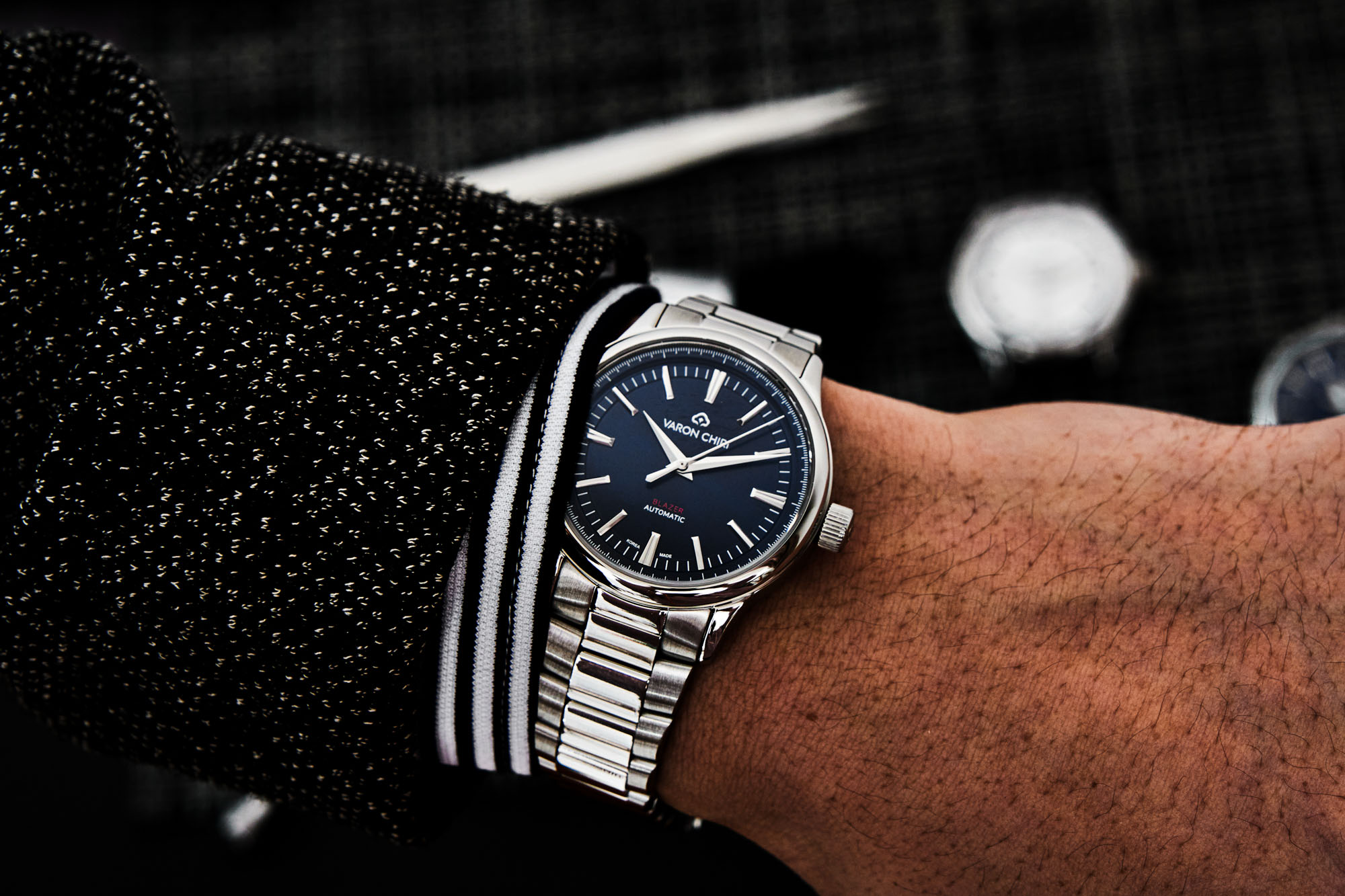 There are various color options for the dial of the BLAZER watch. The dials feature a rare double-chapter ring design in which the inner chapter ring marks every second neatly along the end of the index, while the outer chapter ring is positioned one layer higher than the dial itself, allowing for a more accurate and convenient reading of the central seconds hand. The dial is finished with a sunrays effect, and a high-quality polished finish was applied to all the indices so that they too reflected light softly. These applied and faceted indices provide an additional play of light as they reflect ambient light from various angles. 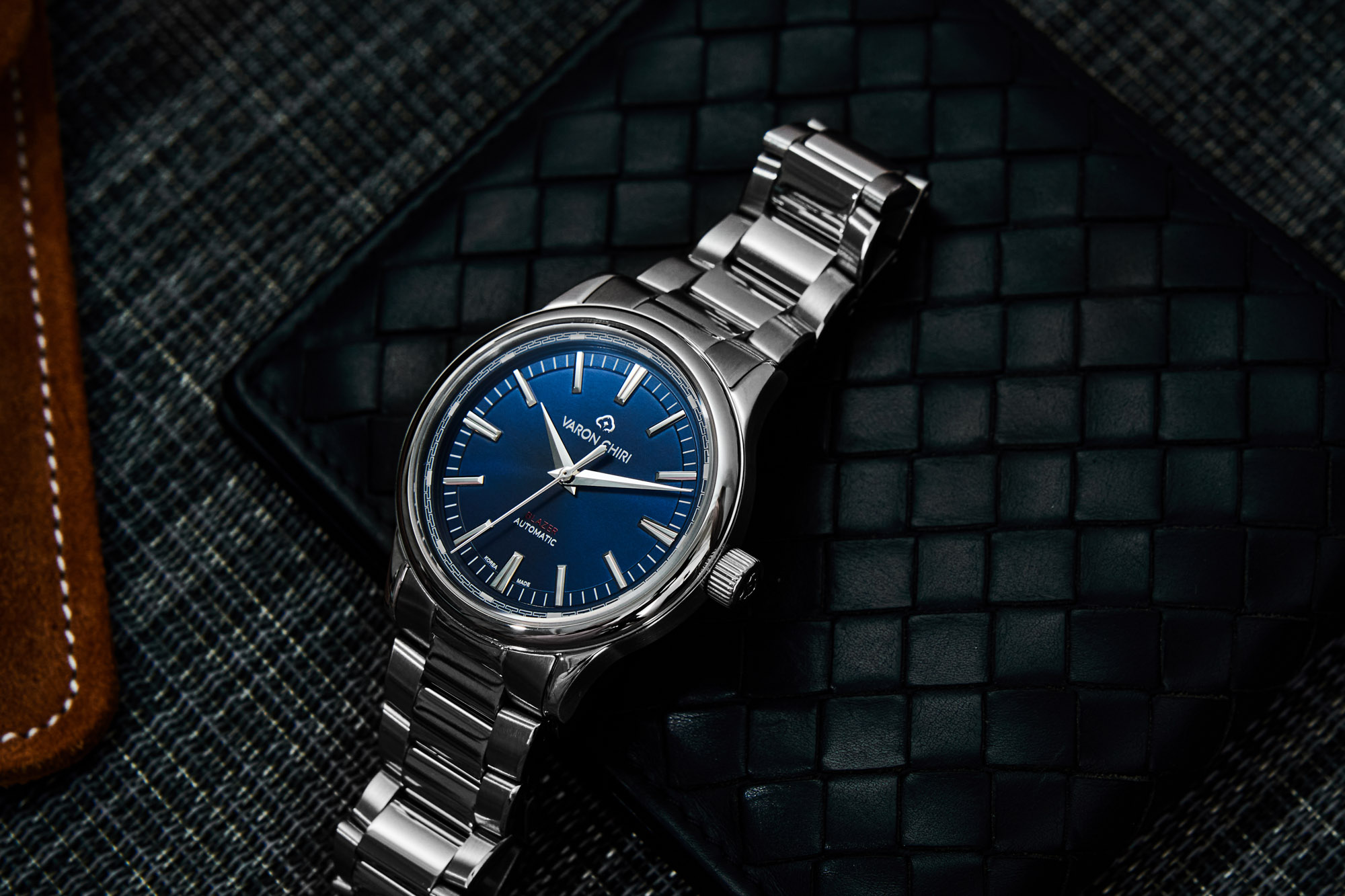 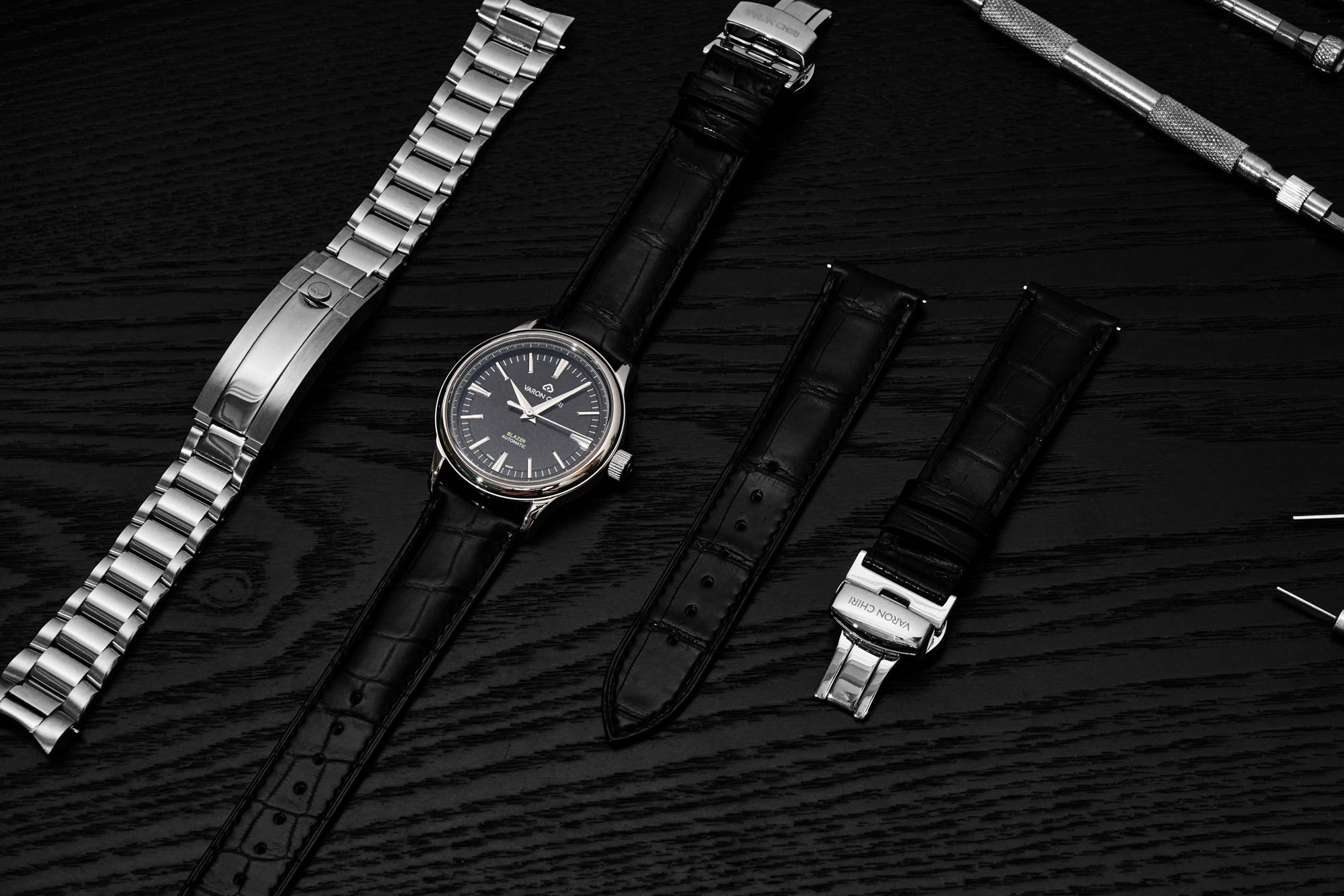 The Varon Chiri BLAZER comes with a steel bracelet designed to be both beautiful and comfortable to wear. The links have a screw-pin to allow for a soft, yet firm movement, the outer links’ top edges have been beveled and polished for a soft touch, and the clasp incorporates a gliding system for easy adjustment of the bracelet’s length — all these features have been added in pursuit of wearing comfort. The double-locking clasp enforces security and minimizes the risk of accidental opening, and the end links are secured with quick-release spring bars to make swapping between bracelets and straps even easier. Varon Chiri’s V-shaped side links are inspired by the looks of rafters used in Korean palaces. Just as the rafters support the roof, the most important element in a building, the bracelet firmly supports the case, the core of the watch. 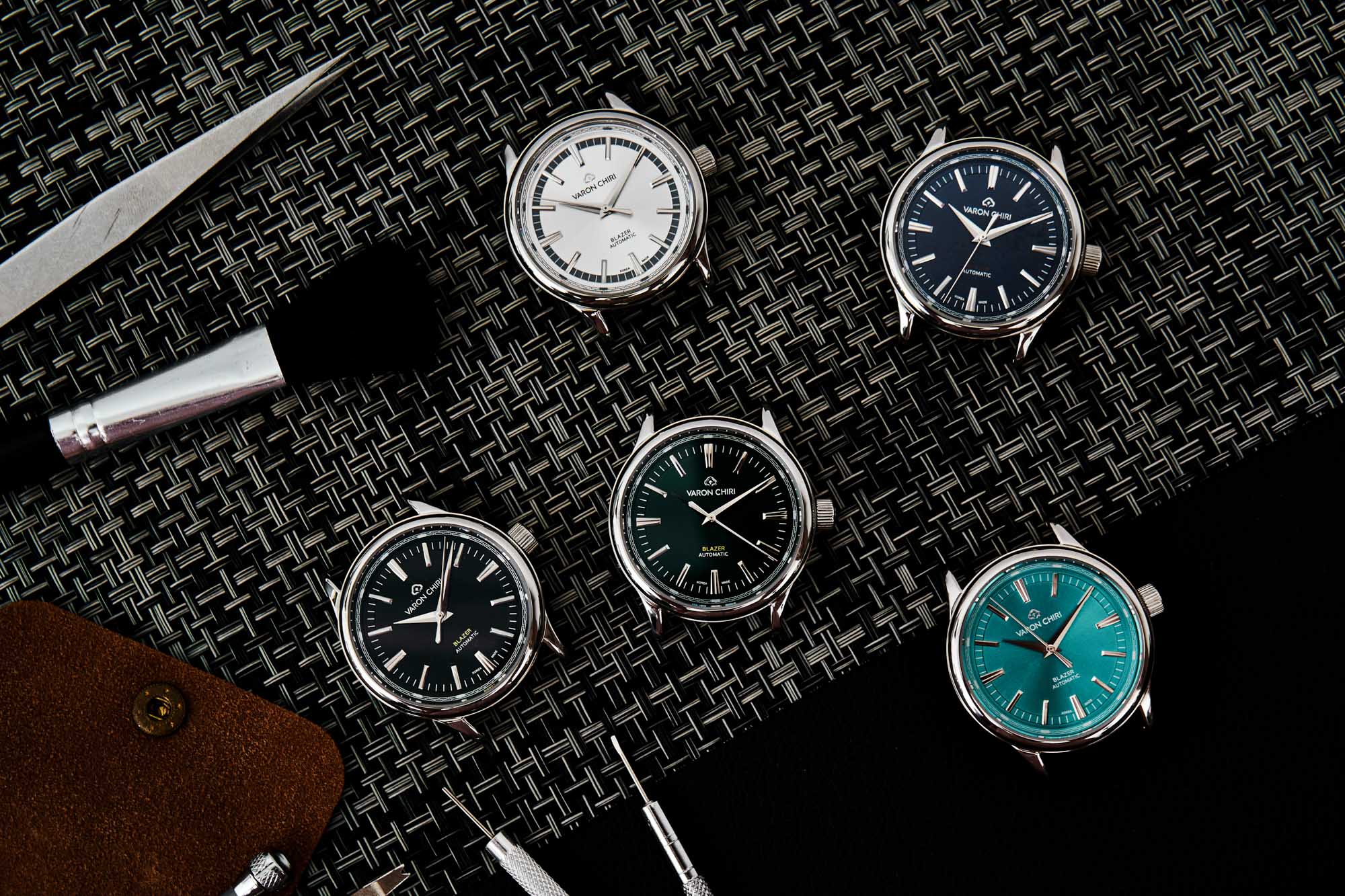 The Varon Chiri BLAZER will be available in two editions and five color types. In the standard edition, among the two chapter rings, the outer chapter ring is printed with a marker that allows you to check the detailed time. The Korea Edition has a chapter ring with a unique design inspired by traditional Korean patterns on the outer chapter ring. Every five-second section of this chapter ring is marked with a solid square instead of a line, which improves readability. A total of five colors will be released and three of these colors (black, navy, and white) are category products that will be available on Varon Chiri’s official website after the Kickstarter campaign is over. However, the green and mint colors are available only through Kickstarter to commemorate the brand’s launch and will not be re-released after that.

Varon Chiri’s first timepiece, the BLAZER, offers a huge discount through a Kickstarter campaign that will launch on November 29. Pre-orders are available for $420 USD, a 30% discount off the official retail price of $590. Also, an alligator leather strap for an elegant and dressy look is offered at $89, with an official retail price of $150. To learn more, visit the brand’s website.