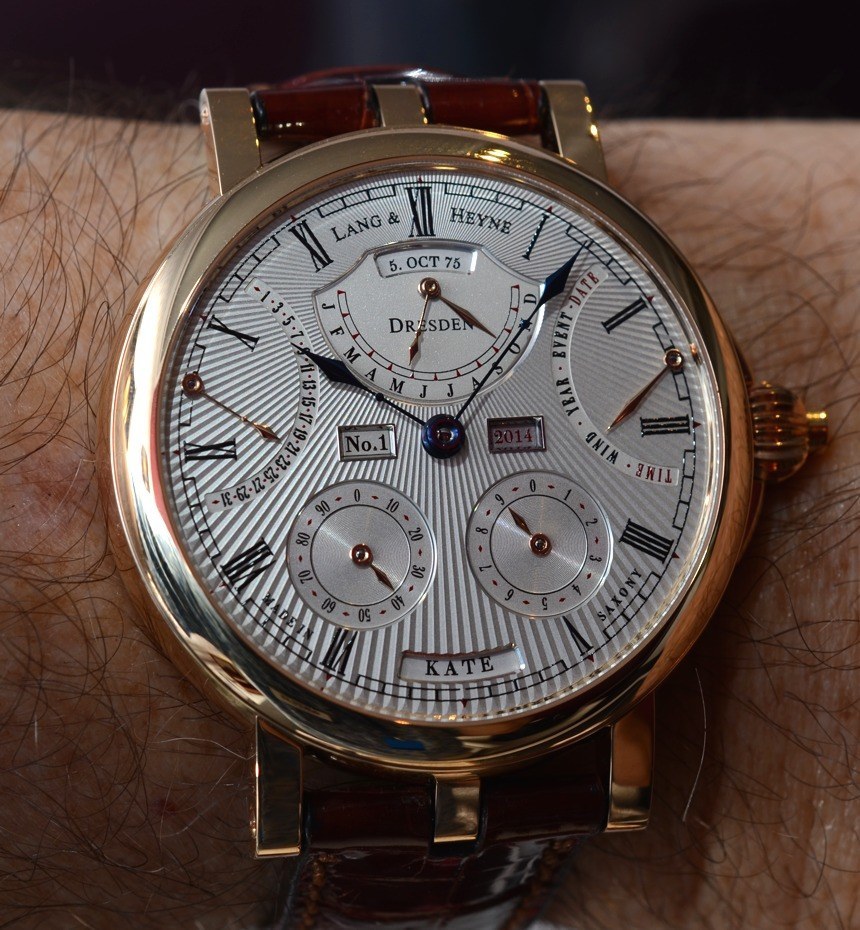 If George Washington was the “Father of America,” who was the “Father of Saxony”? That would be Augustus (31 July 1526 – 11 February 1586) according to Marco Lang of Lang & Heyne. Augustus was officially August I and the Elector of Saxony.  Meaning, he had a vote in the election of the Emperor of the Holy Roman Empire back in the day. Independent watch brand Lang und Heyne of Dresden, Germany named their latest watch after Augustus, which carries on their tradition of naming their timepieces after Saxon nobles. In this case, for the “Papa” of Saxony.

We previewed this watch back in March. To recap, this highly unique watch has a full calender and a computational display that shows the date and anniversary of 1 of the 12 custom events built into the watch. You select which of the dozen named events/people you wish to display and the watch computes and displays the age of the event/person and allows you to see anniversaries approach as subdial hands converge on the month display. When the 2 hands on the subdial below 12 meet, an anniversary is occurring. Before that, the closer they are, the less time you have to buy Kate Winslet a birthday gift (if you are the owner of this first watch that is).

How often do you see a completely new complication? While this may not be the complication for everyone, it certainly is a fresh idea and its creation was suggested by a customer of Lang & Heyne. It is based on an invention of the Dutch watch aficionado John Twaalfhoven.

In our preview post, only renders of the design were available. There was some negative feedback in the comments section of the preview post about the appearance. We were able to get a hands-on look at the first of these limited edition watches at BaselWorld 2014 and are happy to report that the actual watch is gorgeous in contrast to the renders. Marco Lang, fifth generation watchmaker and co-founder of Lang & Heyne, said that their intention with the renders at the time was to show the design, not the actual watch (or a “too real to be real” render). 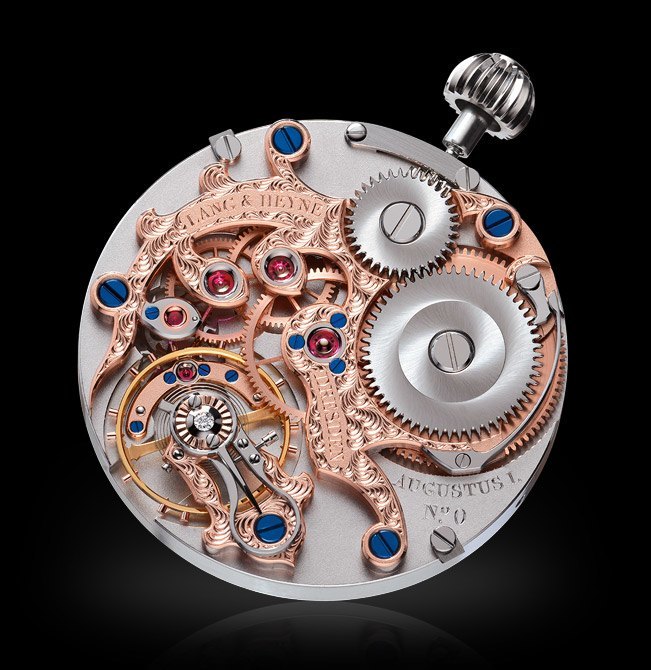 The Augustus contains the Caliber VII, which is a manual wind movement that beats 18,000 times per hour (2.5 Hz) with a 46 hour power reserve. The movement has 19 rubies and one diamond (on the balance post which is a traditional Saxon touch). The Caliber VII, along with all Lang & Heyne movements, are the creations of Marco Lang. He also is the designer of the new UWD movements which are being introduced into Leinfelder watches and will be available in the future to outside brands.