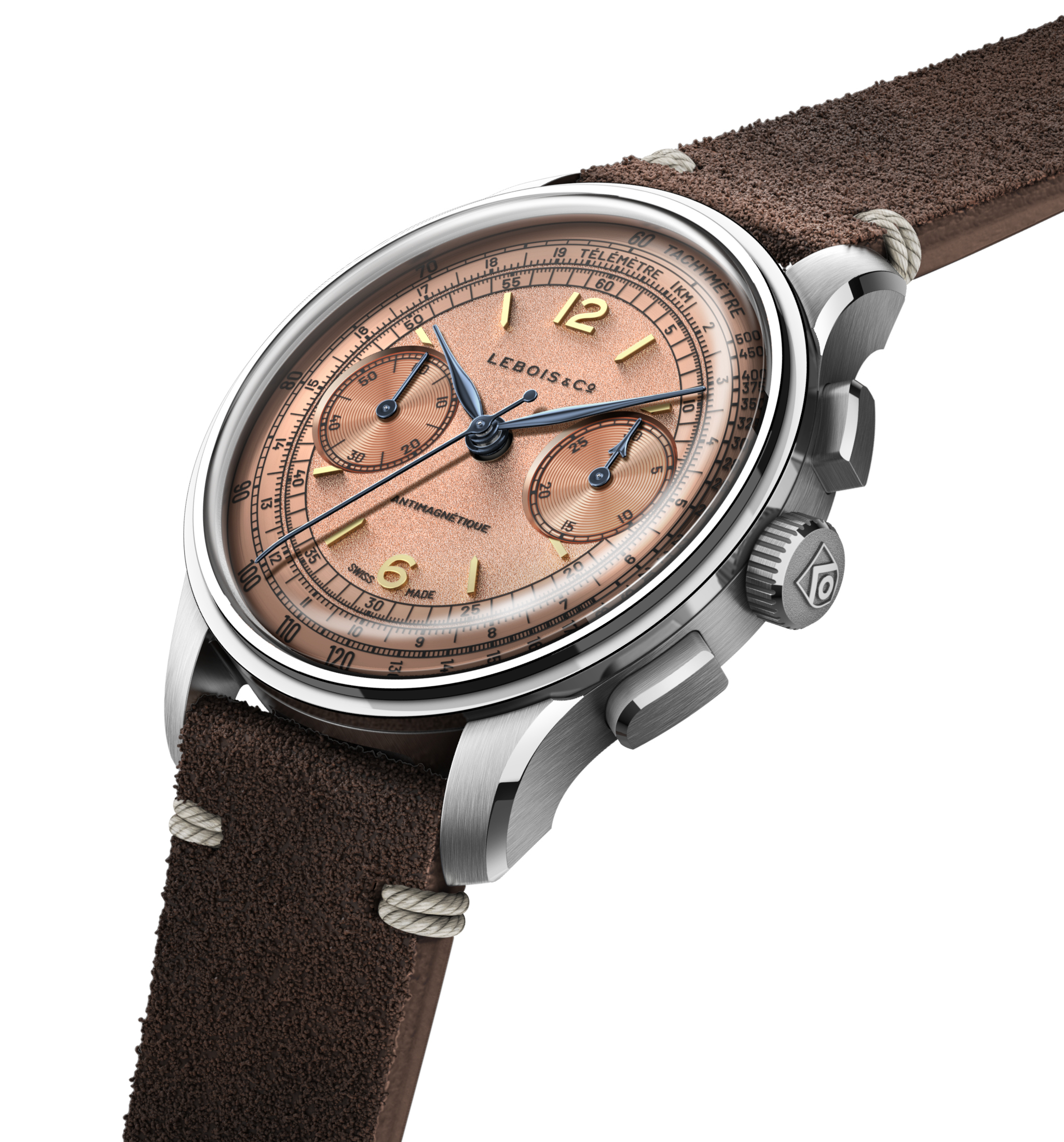 Lebois & Co Returns To Its Roots With The Heritage Chronograph 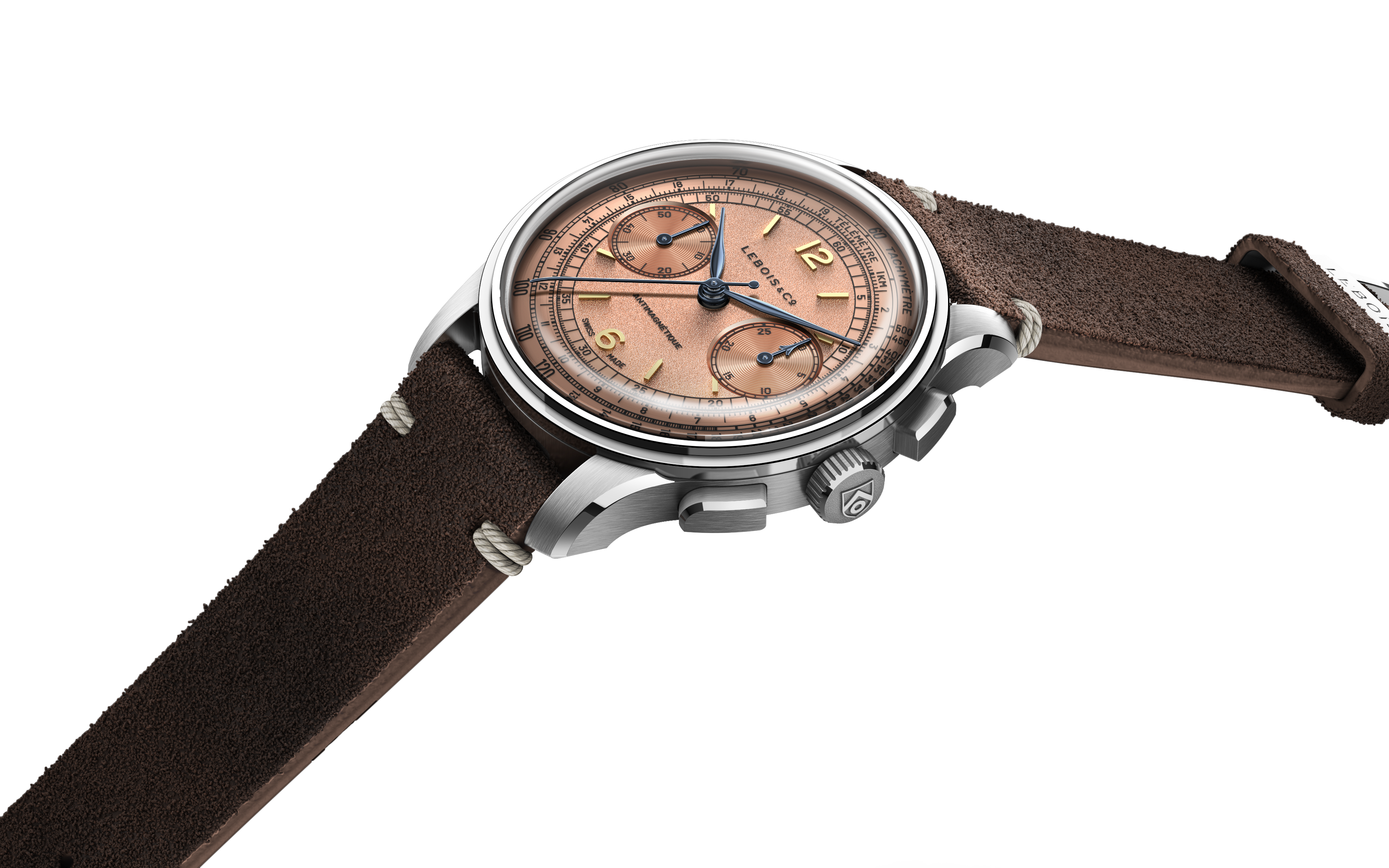 Often, when a heritage watch company receives a modern revival, the new stewards of the name stick to designs from the original company. The modern form of watch brand Lebois & Co has bucked that with a catalog of more modern watches — until now. While not as well-known as other brands, Lebois & Co operated from the 1930s to the 1970s, supplying watches to Italian aircraft manufacturers for the Swedish Air Force in the 1940s.  Now available for pre-order, the brand’s Heritage Chronograph combines modern case design with dials that evoke those chronographs that were sold by the brand in its previous incarnation. 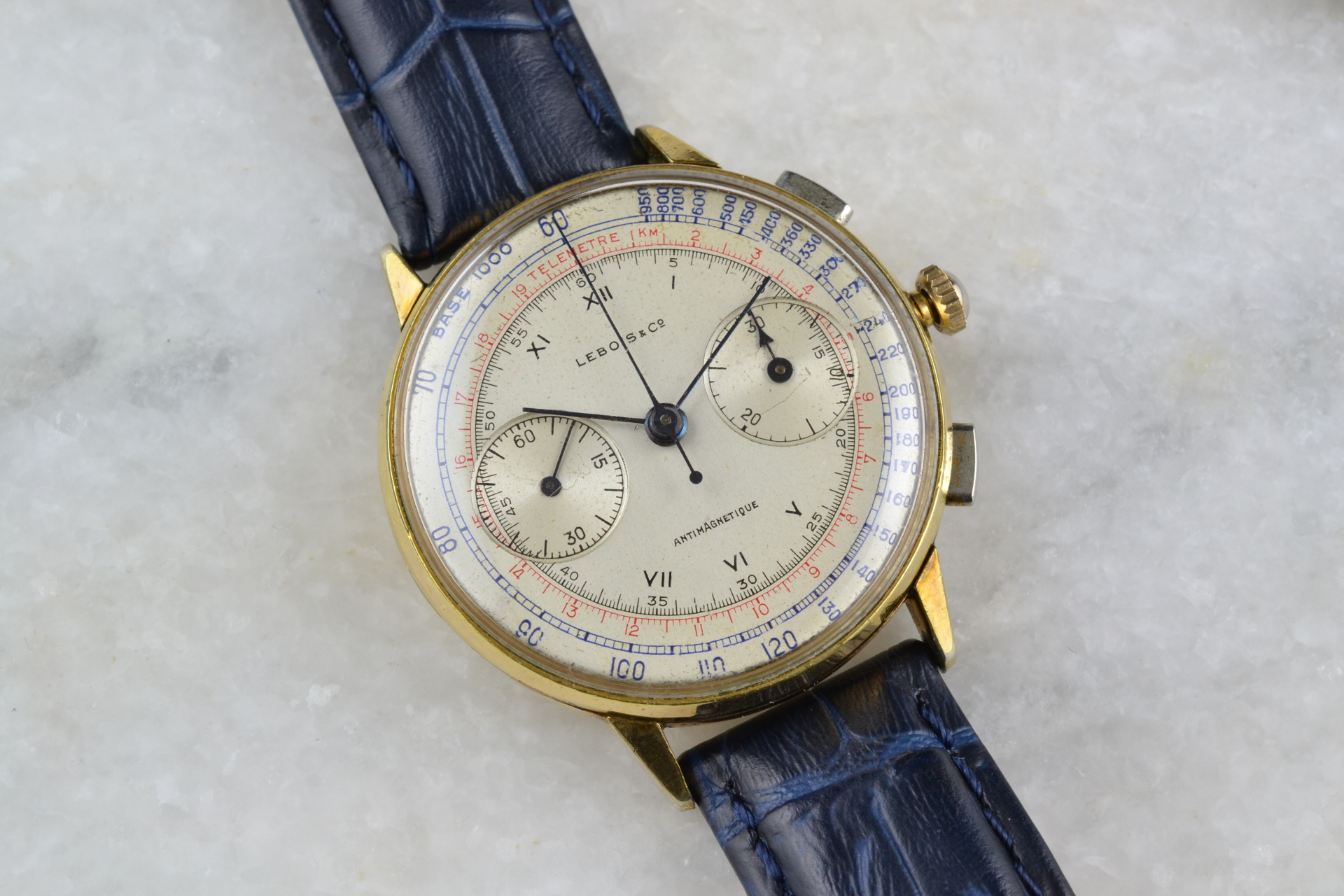 The modern interpretation brings back the telemetre and tachymetre scales of the original, complete with overlapping “big eye” subdials. The subtle brand logo and “antimagnetique” text on the dials also live on. The new watches do have features that make them competitive with modern watches that potential buyers might cross-shop, however. Starting from the inside, the subdials are deeply recessed and feature circular graining. There are four dial options, each of which is much more than a simple color change. Two salmon-colored dials (with the aforementioned tele- and tachy- scales plus minute scales, or a pulsations scale) are available, as well as a silver sector dial with a blue tachymeter and a cream-colored dial with multi-colored tele-, tachy-, and minutes scales. Different finishes are also used on each, including grained, sunburst, circular brushing, matte, and machined patterns. Both applied and printed markings are used to denote the hours.

The brand knows its dials will be fan favorites, as they were selected by participants via its design project, “CoLAB.” In a multi-step process, participants selected among various options and recently received three-dimensional renderings and the final technical details. 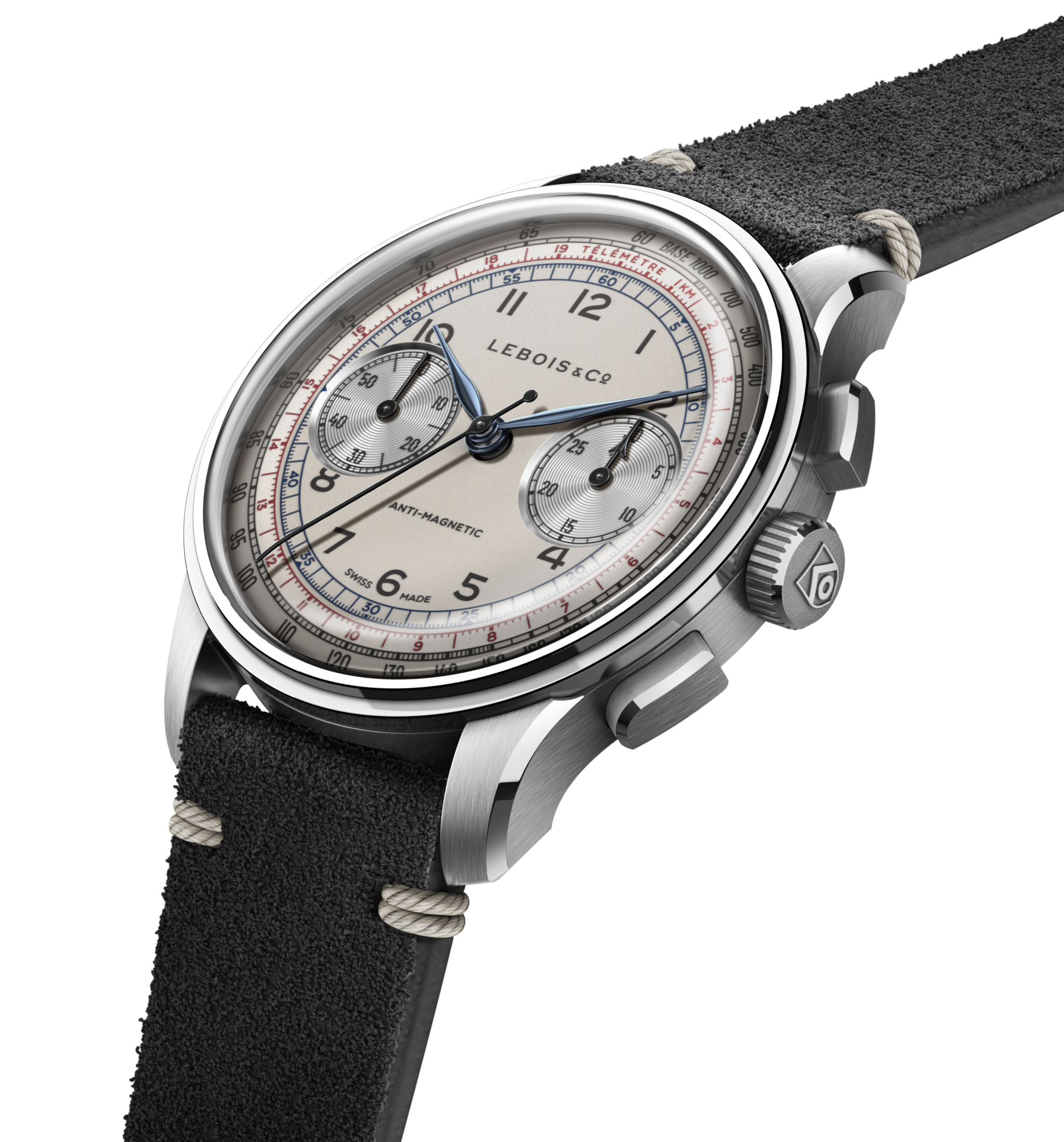 All dial variations are bi-compax, with running small seconds at 9 o’clock and a 30-minute counter at 3 o’clock. Chronograph seconds are, of course, registered by the large central hand. The main hands are blued, with chronograph seconds and subdial hands in either black or blue, depending on the dial selection. A variety of attractive leather straps is also available, in brown, blue or black suede, or navy blue leather. Two-stitch construction keeps the design looking classic. Voters decided to stick with an “old-style” buckle rather than a modern deployant clasp. There is nothing basic about the design, however. It will be brushed and polished, as well as double-sided, with a strap hold-down mechanism. While its 39mm-wide case is vintage-sized, the case construction of the Heritage Chronograph is thoroughly modern. Sharp-edged polished chamfers bisect brushed finishing on the case sides and top, as well as the edges of large chronograph pushers. The multi-piece case construction allows for two bezels to be offered. Depending on the dial selection, either a stepped or beveled design will be used. Both have a mixture of brushed and polished surfaces. 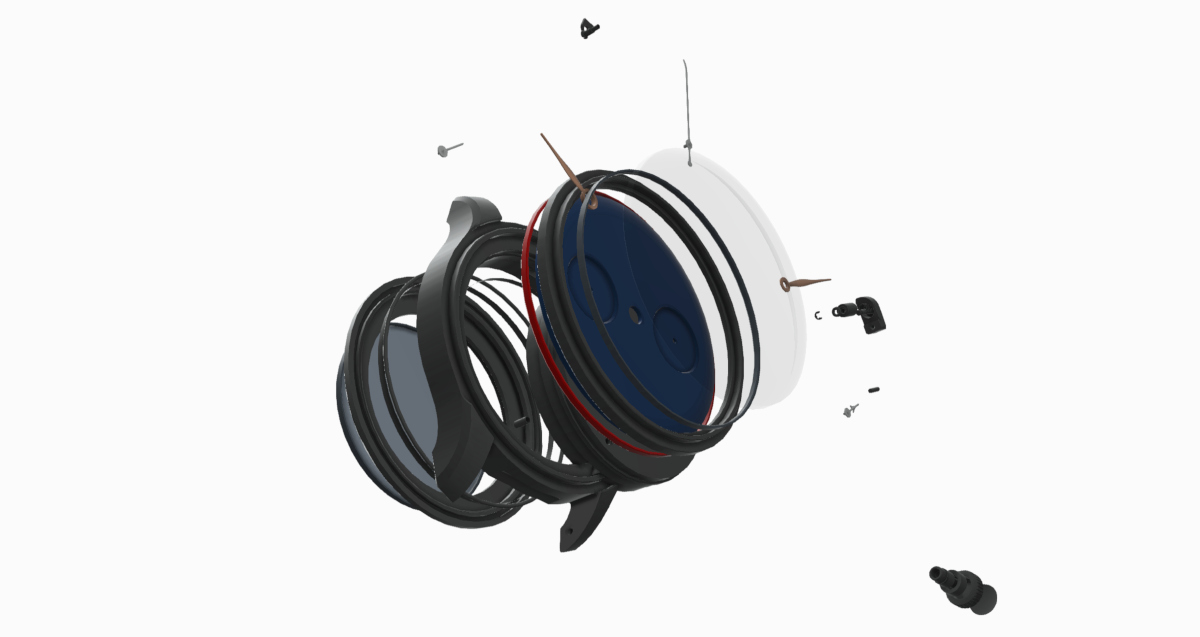 Topping everything off is a 3.4mm domed sapphire crystal with an anti-reflective coating inside. The case is 10.5mm-thick, 13.9mm including the crystal. The 20mm-wide lugs are fairly compact, giving it a wearable 47.35mm lug-to-lug measurement. Water resistance is 50m, which is another modern improvement. 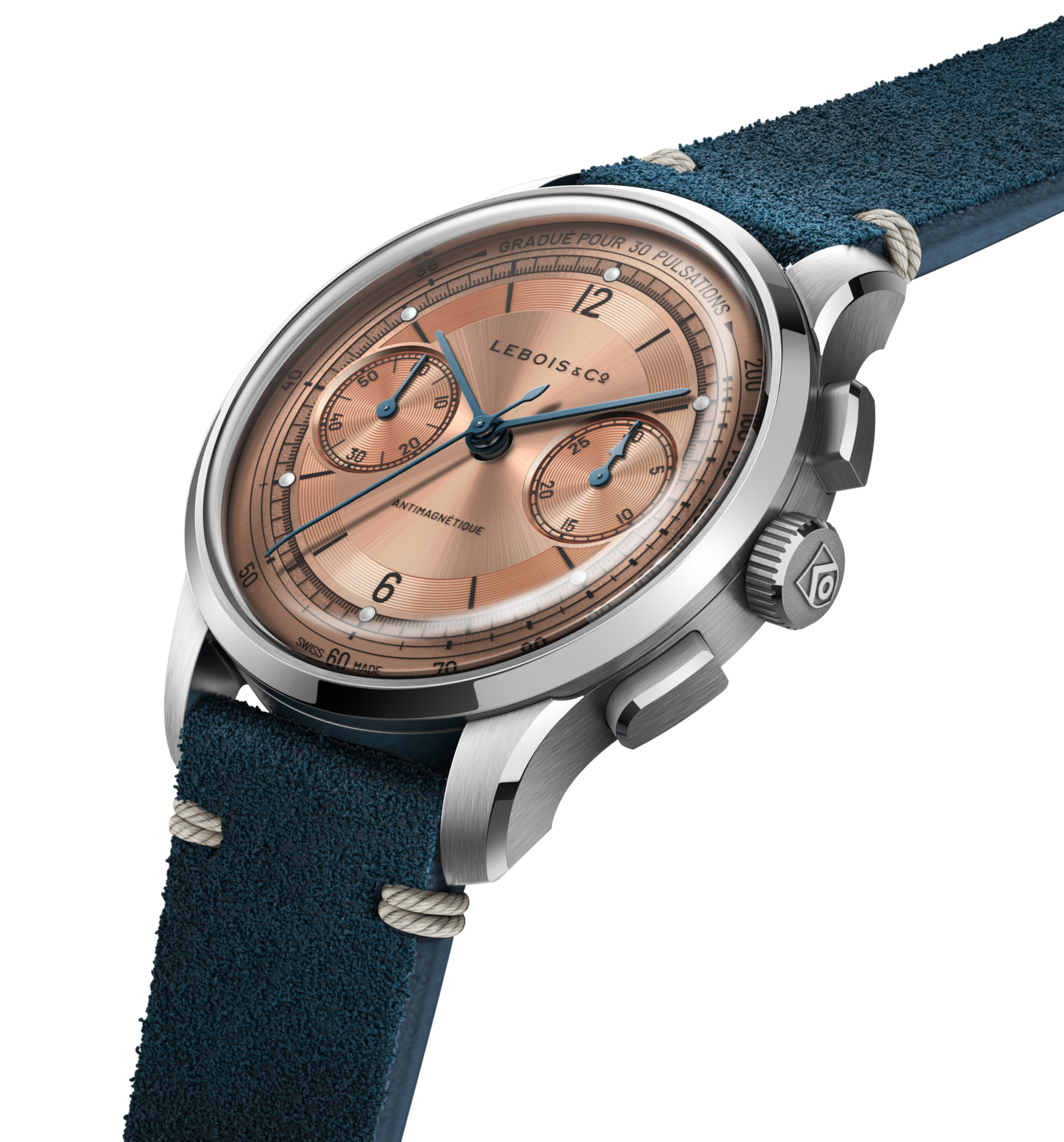 Moving again toward the modern, the standard offering for the Heritage chronograph will be a transparent screw-down caseback. Lebois &  Co says it wants buyers to be able to admire its beautiful movement. The Caliber LC-450 is a manual-wind column-wheel chronograph developed and produced by Manufacture La Joux-Perret S.A. in La Chaux-de-Fonds, Switzerland. It features manual winding, and the chronograph is controlled by a large blued column wheel. This makes it easy to view with no rotor blocking the movement. Regulated in 5 positions, it features 60 hours of power reserve, even with a higher beat rate of 28,800vph. 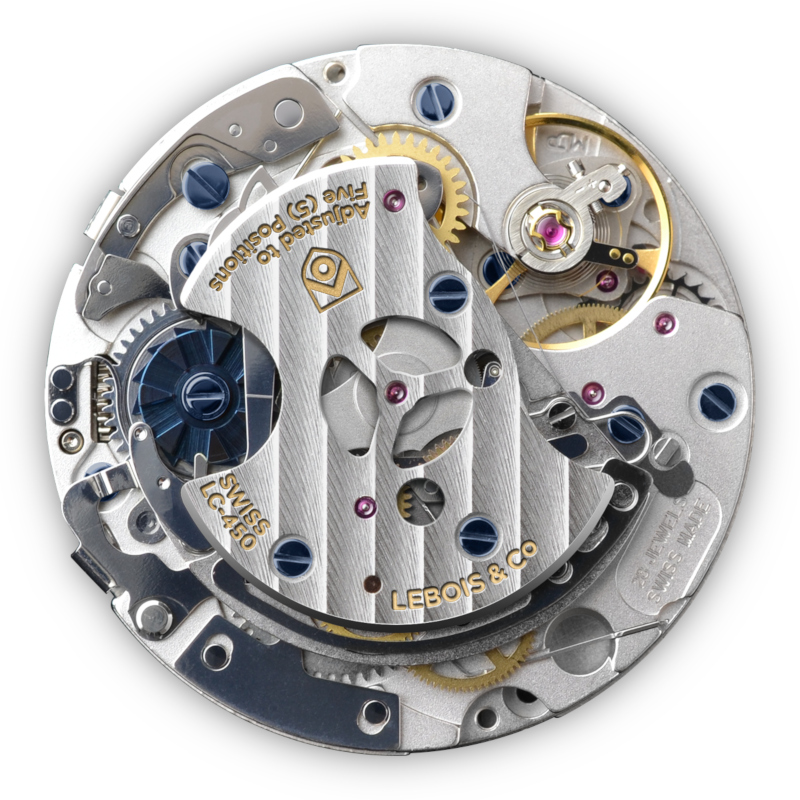 Even though the beautiful movement features blued screws, Geneva stripes, and circular graining, the brand knows that some buyers might be more traditional. The current and final voting round will determine if buyers will also have the option of a closed caseback. Note that the version shown does not yet have the final circular graining on the wheel and balance wheel bridges. Having been reborn in 2014, Lebois & Co is a young brand in the world of watches, but with the release of its Heritage Chronograph, it is obvious that the owners are vintage chronograph fans. Its beautiful manually wound chronograph movement, compact dimensions, and aesthetically appealing dial choices make it a compelling offering. Buyers who want the feel of a vintage chronograph with modern accuracy and robustness will be pleased. It also makes it a very versatile watch that can be worn daily but also pull off formal duties. The pricing is quite competitive considering the movement and intricate finishing.

Additionally, the Heritage Chronograph is prepared to live into the digital future. Utilizing blockchain technology, the company says it is offering unfalsifiable, digital proof that the watch is genuine. It lets you keep track of your watch stats, its warranty, manual, and other user documents through an app. This adds an extra virtual dimension to your watch’s history. If you decide to sell your watch, the digital certificate will “travel” with it, starting a new chapter in your watch’s history book.

The Lebois & Co Heritage Chronograph has a pre-order price of €2,230 (approximately $2,530 USD), which includes shipping, taxes, and duties for orders to Europe, the USA, and the UK. The first of two pre-order rounds is live now and closes on January 7th. Pre-order Round 2, which will have higher pricing, will go live after prototypes are finished.  Learn more at the Lebois & Co. website here.