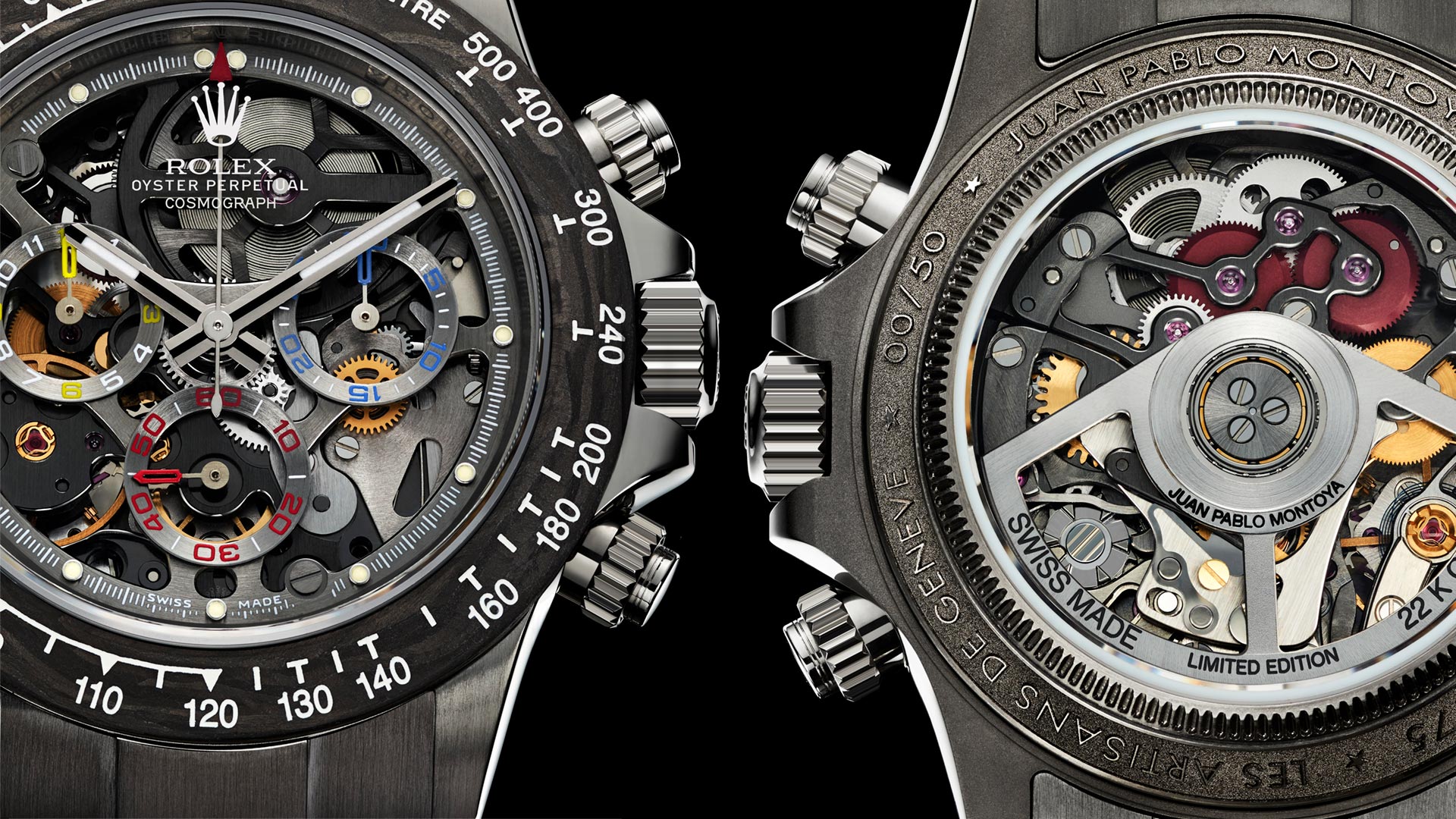 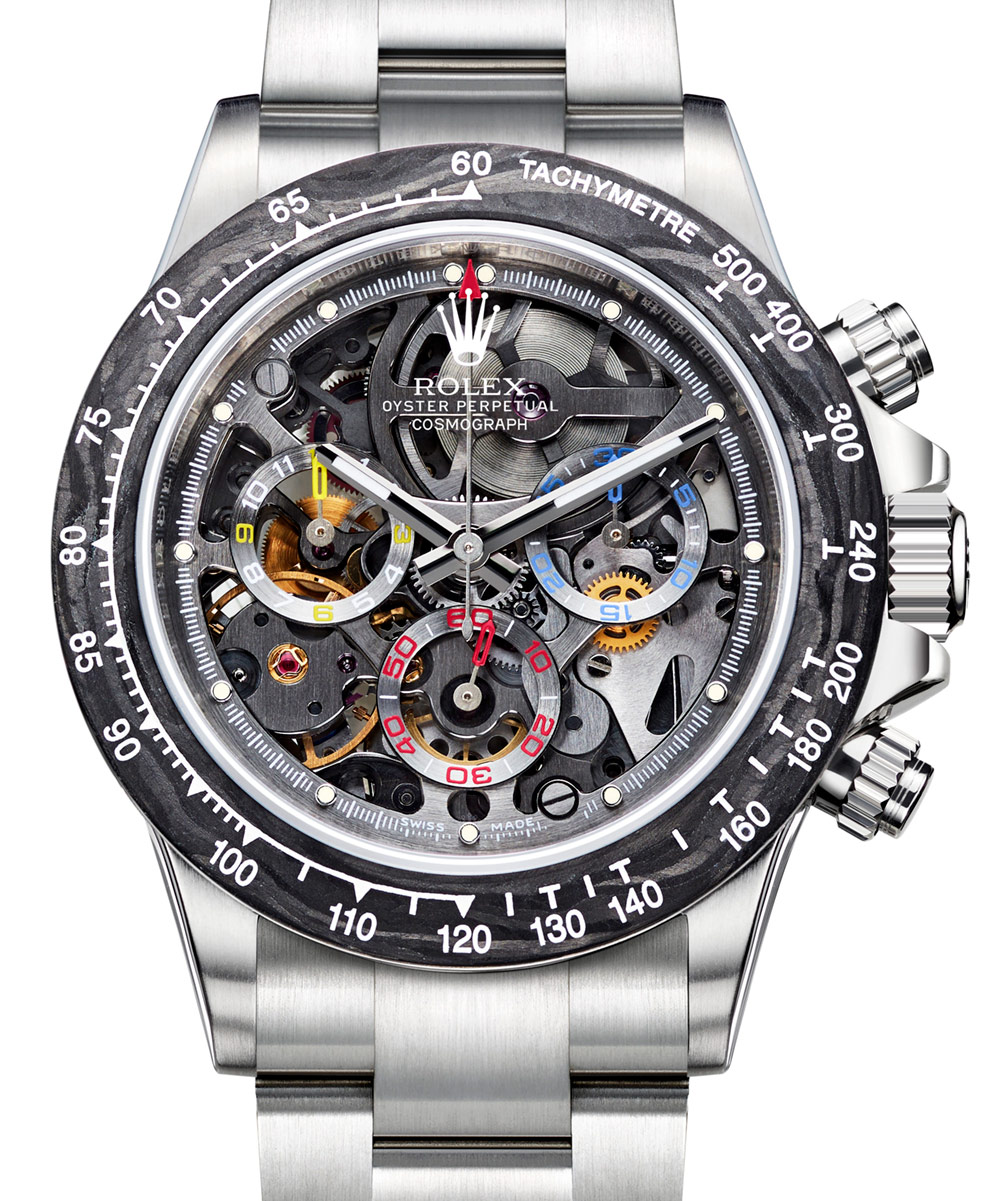 As a chronograph, the Rolex Daytona has few equals. It is made to an extremely high standard with sturdy 904L Oystersteel, a Cerachrom bezel that is super wear-resistant and never fades, and of course that highly reliable caliber 4130 movement within. But you know what’s the problem with it? Its own success has made it all too familiar. It might have a long waiting list at the boutiques, but you can always spot a couple in big cities and major airports. How can one satisfy his desire for the Daytona but still have something that is distinctive? It’s not your only such option, but I suggest taking a look at the new Les Artisans De Genève La Montoya Rolex Daytona, a highly customized Rolex Daytona made especially for racer extraordinaire Juan Pablo Montoya. 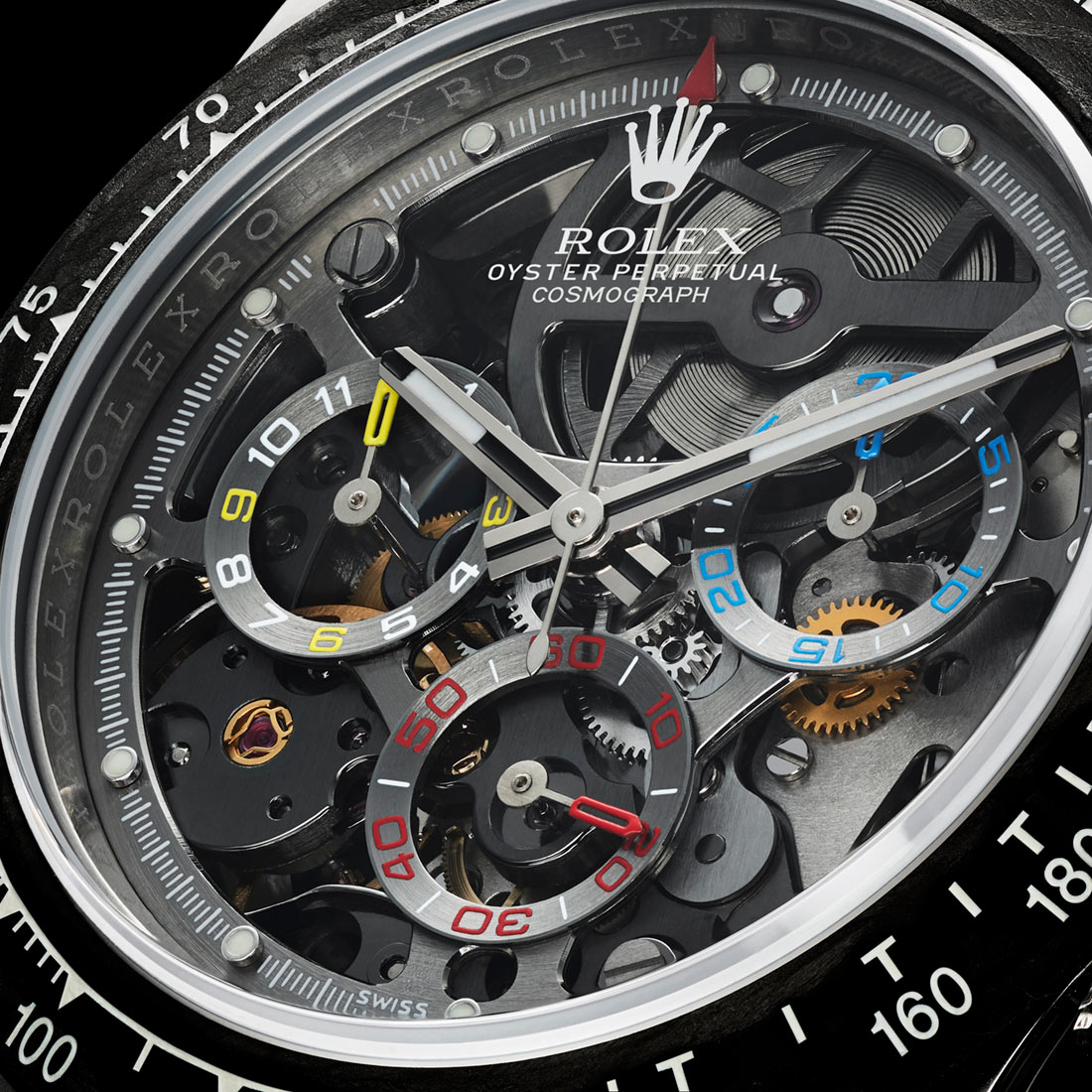 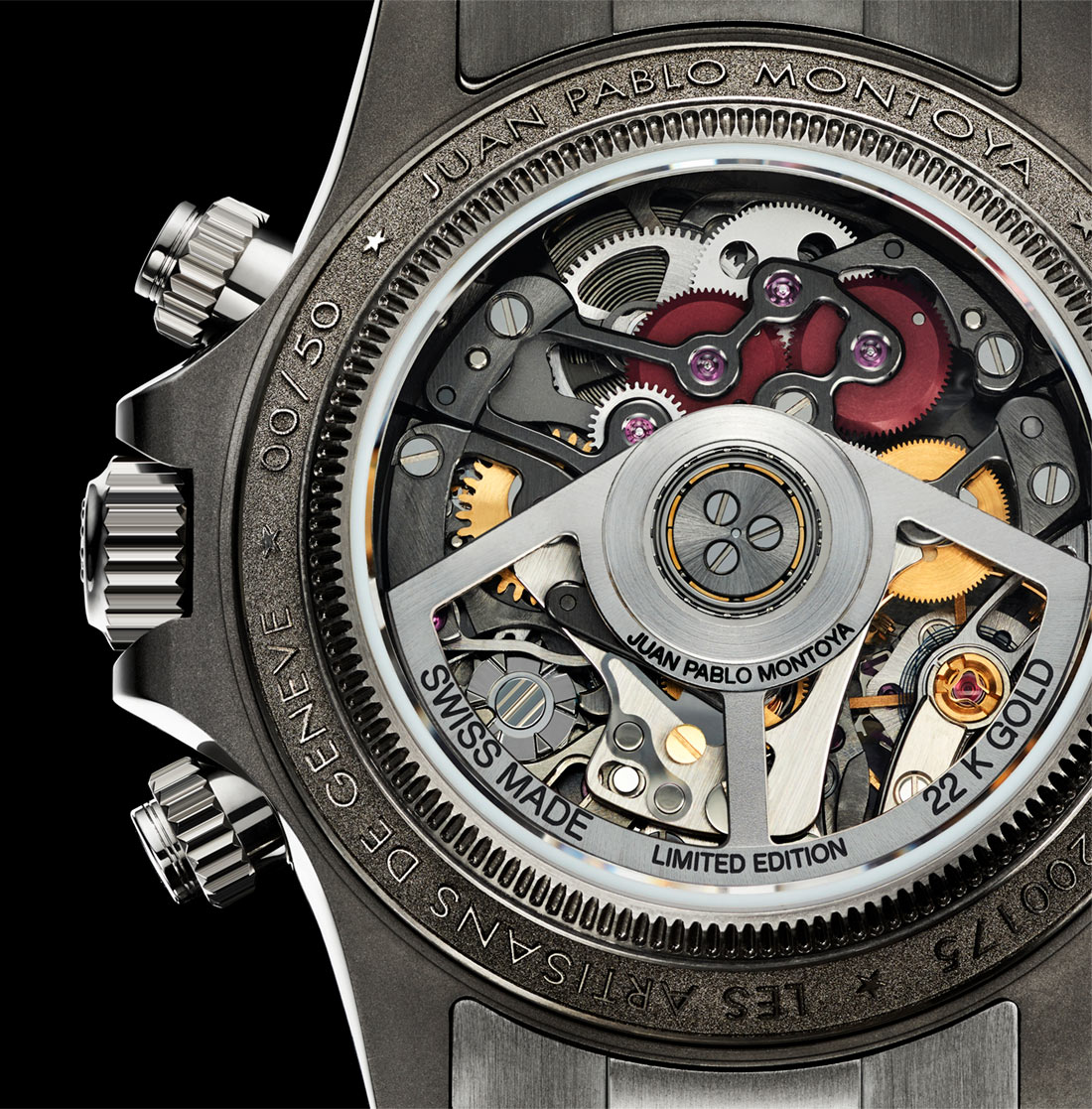 Montoya, who has enjoyed success in Formula 1, NASCAR, and IndyCar, is a big fan of the Rolex Daytona, as it turns out. You would be too if you had managed to win a couple through racing. Montoya won the Rolex 24 three times and was gifted a Rolex Daytona each time to celebrate and commemorate his win. In total, Montoya said he has about seven or eight Rolex Daytonas, but what he really wanted was a Daytona that was unlike any other. This is where Les Artisans De Genève come in. 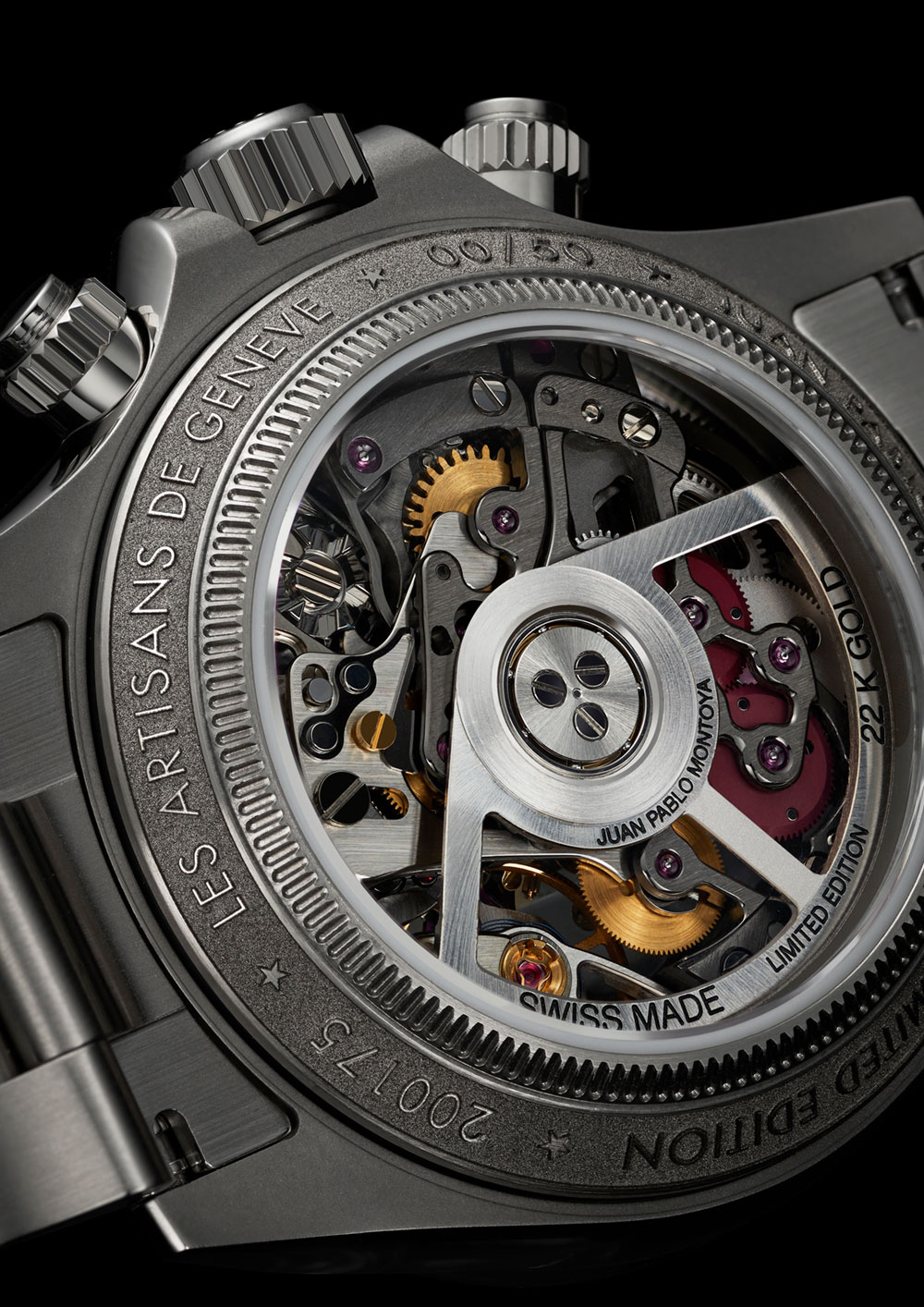 Les Artisans de Genève is no stranger to customizing Rolex Daytonas. The Tribute To Rolex Daytona 6263 and Kravitz Design KL01 are fine examples of the kind of work that they do, but the La Montoya is probably the most extreme yet. The La Montoya begins life as a bog standard stainless steel Rolex Daytona. The 40mm stainless steel case is mostly untouched, and the La Montoya retains the Daytona’s chunky screw-down pushers and Triplock crown. Les Artisans De Genève did not disclose whether the base watch is the older 116520 or the newer 116500, but the tachymeter has been replaced with a forged carbon one. 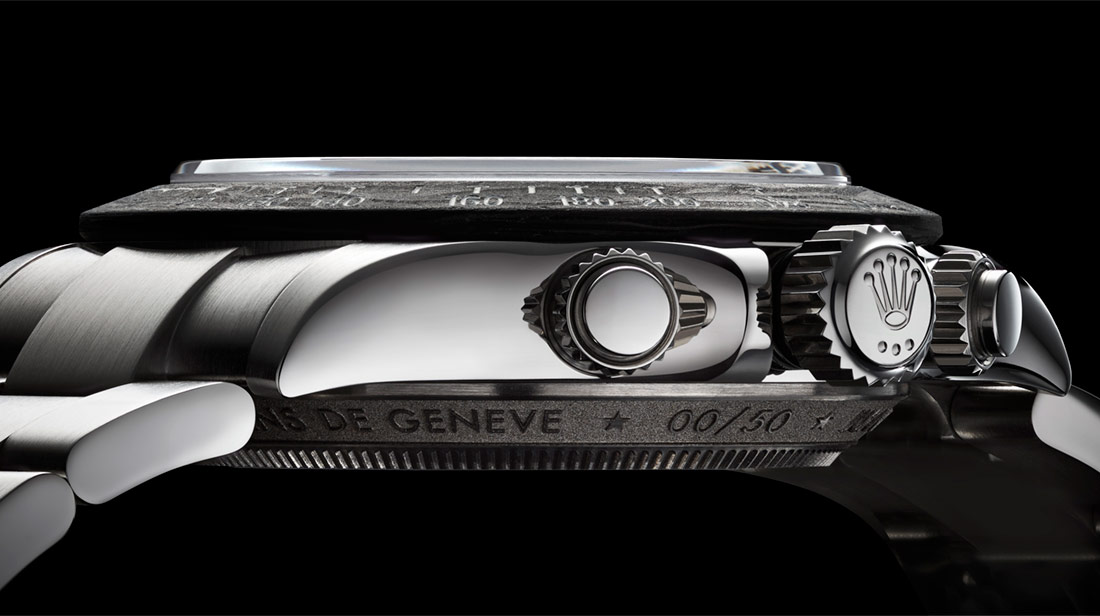 Look at the dial, however, and you will notice that everything has changed. The La Montoya features a heavily skeletonized dial and movement. The counters have been replaced with ones that wear the colors of Colombia – Montoya’s home country. The chronograph counter hands have also been swapped for pencil-shaped ones that are color-matched to the counter. Finally, the tip of the central chronograph seconds hand is given a red sandblasted finish. The only things that are untouched are the white gold hour and minute hands. 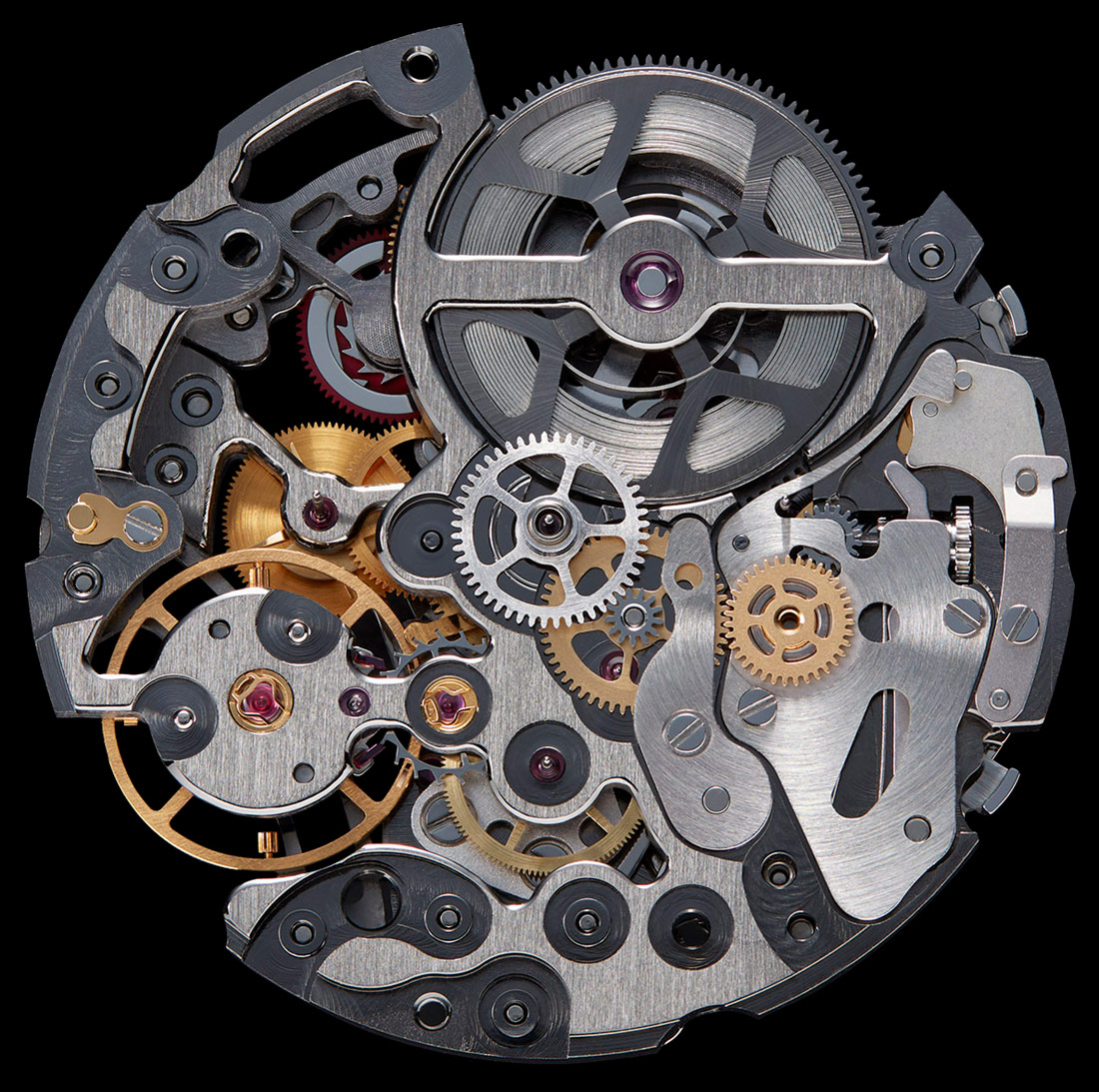 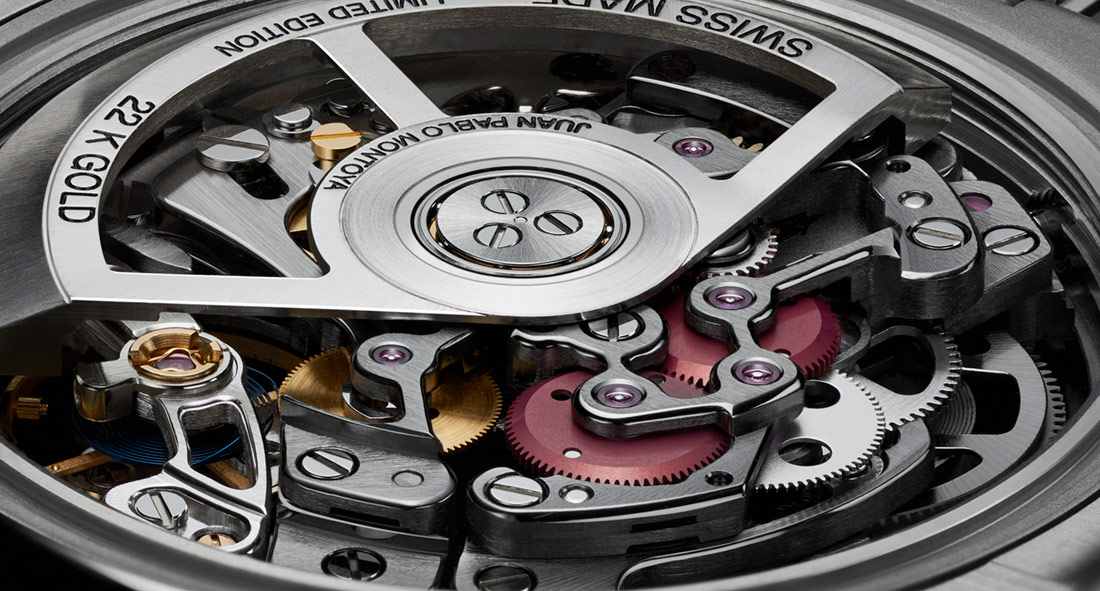 The caliber 4130 within has been thoroughly skeletonized and it is visible through a sapphire display caseback, which is yet another modification to the watch. The entire movement was disassembled, skeletonized, and finished by hand so that the bridges now have hand-beveled edges. The basic construction remains, such as the column wheel, as well as certain traits unique to Rolex such as the red anodized wheels. The rotor has been swapped too for one that is made out of 22k grey gold. It’s a unique choice for a rotor material, though I must say that the design of the rotor reminds me of that of some Miyotas. 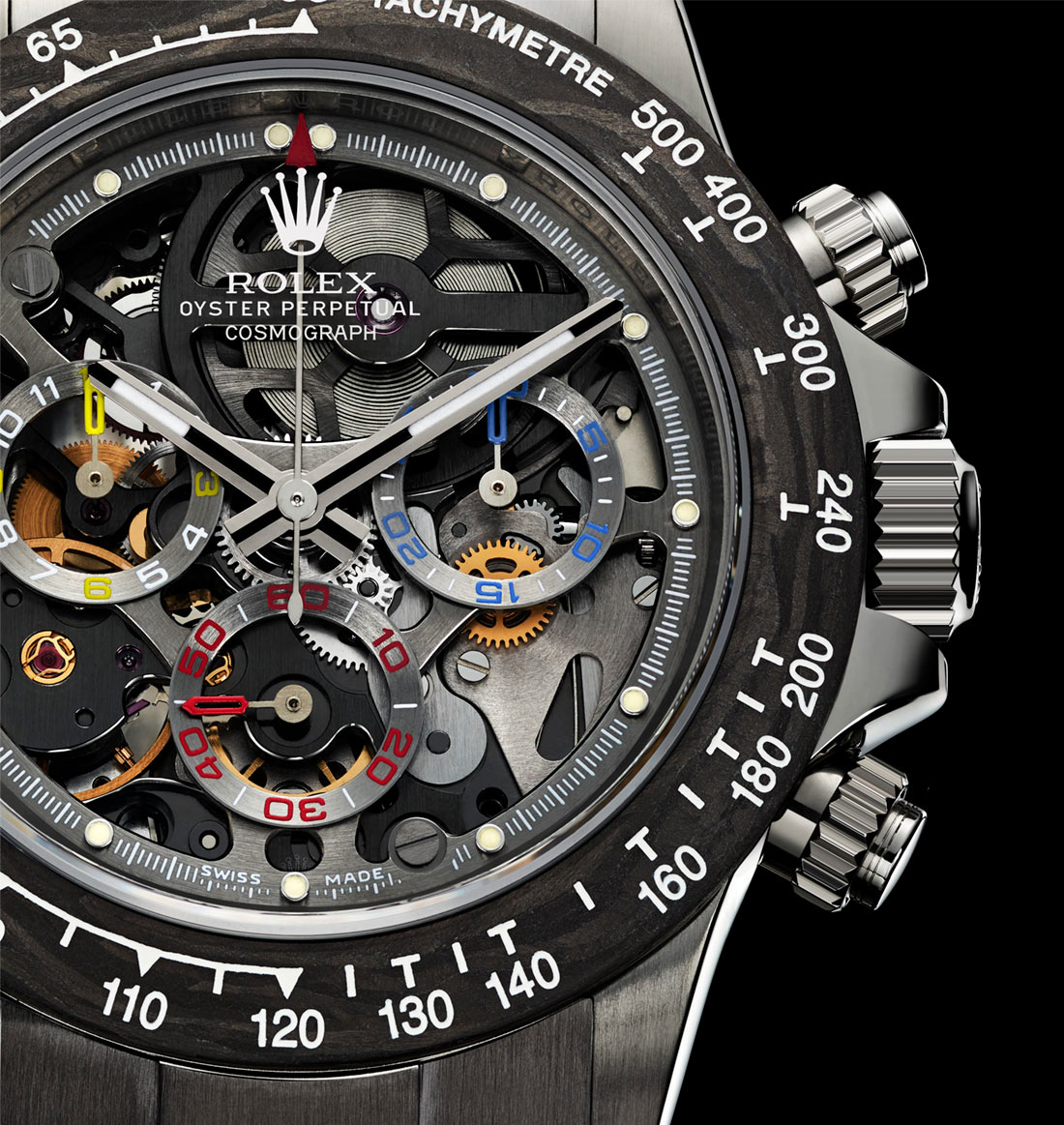 If you have always thought about adding a Daytona to a collection but found it to be boring or staid, the La Montoya could be the antidote. Overall, I find the modifications to be tasteful and the end product to be quite attractive and interesting. It also helps that the La Montoya is inspired by Juan Pablo Montoya, who is widely regarded as one of the top race drivers in the world. The Les Artisans De Genève (who are not affiliated nor authorized by Rolex SA) create pieces to order and the customized La Montoya Rolex Daytona is  priced at €42,260. Learn more at artisansdegeneve.com