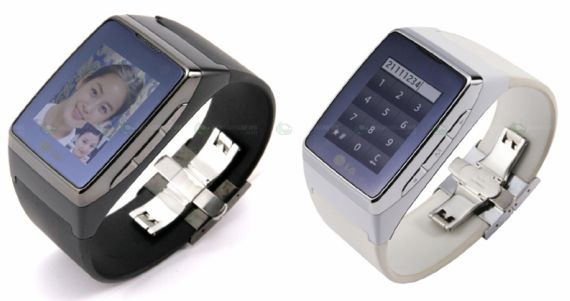 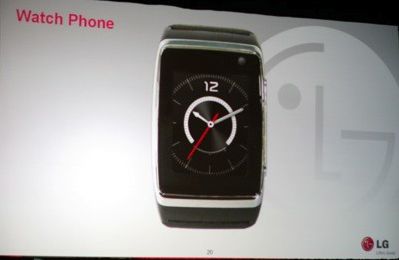 You might be thinking that this is just some gimmicky concept, or another of those skepticism filled no-name Chinese watch phones, but you’d be wrong (it is Korean, not Chinese). And it is from large manufacturer LG nonetheless, which signifies a new era for Dick Tracy wannabes. With an official announcement due at CES (the consumer electronics show) soon, the LG GD910 is a fully functional 3g (and 7.2mps HSPDA) watch phone with most of the bells and whistles in its non-wrist worn counterparts. LG calls is a “wrist phone.” It even supports voice-to-text commands as well two way video conferencing. Talking on the phone is done in one of three ways. You either hold the watch phone up to your ear like… well, an idiot, use the speaker phone function, or more logically Bluetooth. All in all, the people using this wrist phone at CES have been loving it. 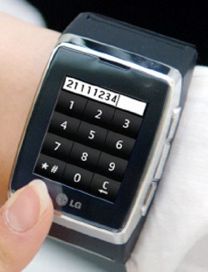 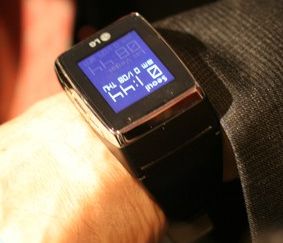 In what is likely to be a device with abyssal battery (well maybe not that bad), the LG GD910 features a touch screen and microphone, as well as a few buttons on the side as its data input options. Yea, you might need small hands to operate it, but don’t you carry a stylus around with you anyway? I have a feeling this little watch phone is going to be easier to use than people predict. I stress that this is a bid deal because it is the first time I can tell that a major electronics manufacturer is taking watch phones seriously enough to mass produce them. The LG GD910 will be available in Asian and European markets only, but that isn’t to say that a few stray units will make it to our shores.

More importantly is what these watches represent for the future of computer watches and mobile phones. We haven’t heard the term “convergence device” in almost a year, but don’t worry, the concept is still strong. This is a real convergence device that makes sense. They just need to work out the practicality kinks. Think of it though. This little device actually delivers two way video conferencing on your wrist. While this service has been available in advanced Asian nations for a while, it is something that we haven’t received here in America on any wide scale, even though it has been promised to us since childhood. LG has promised full production with US distribution for the LG GD910 is North America starting this year.

Video above is via Engadget.com.

Read some more about the LG GD910 on Engadget here.