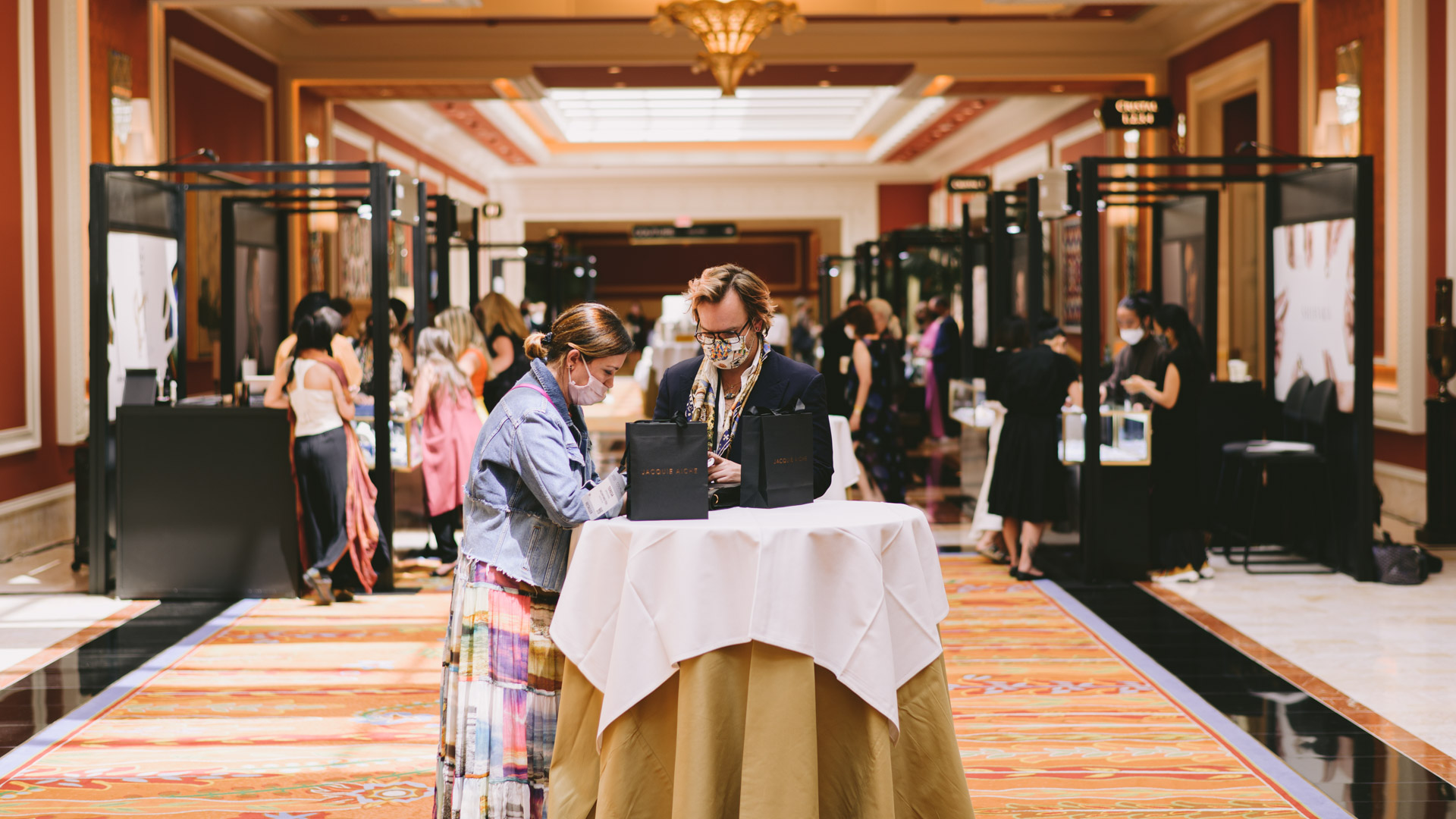 Life Returns To Luxury In Las Vegas At Couture & JCK 2021 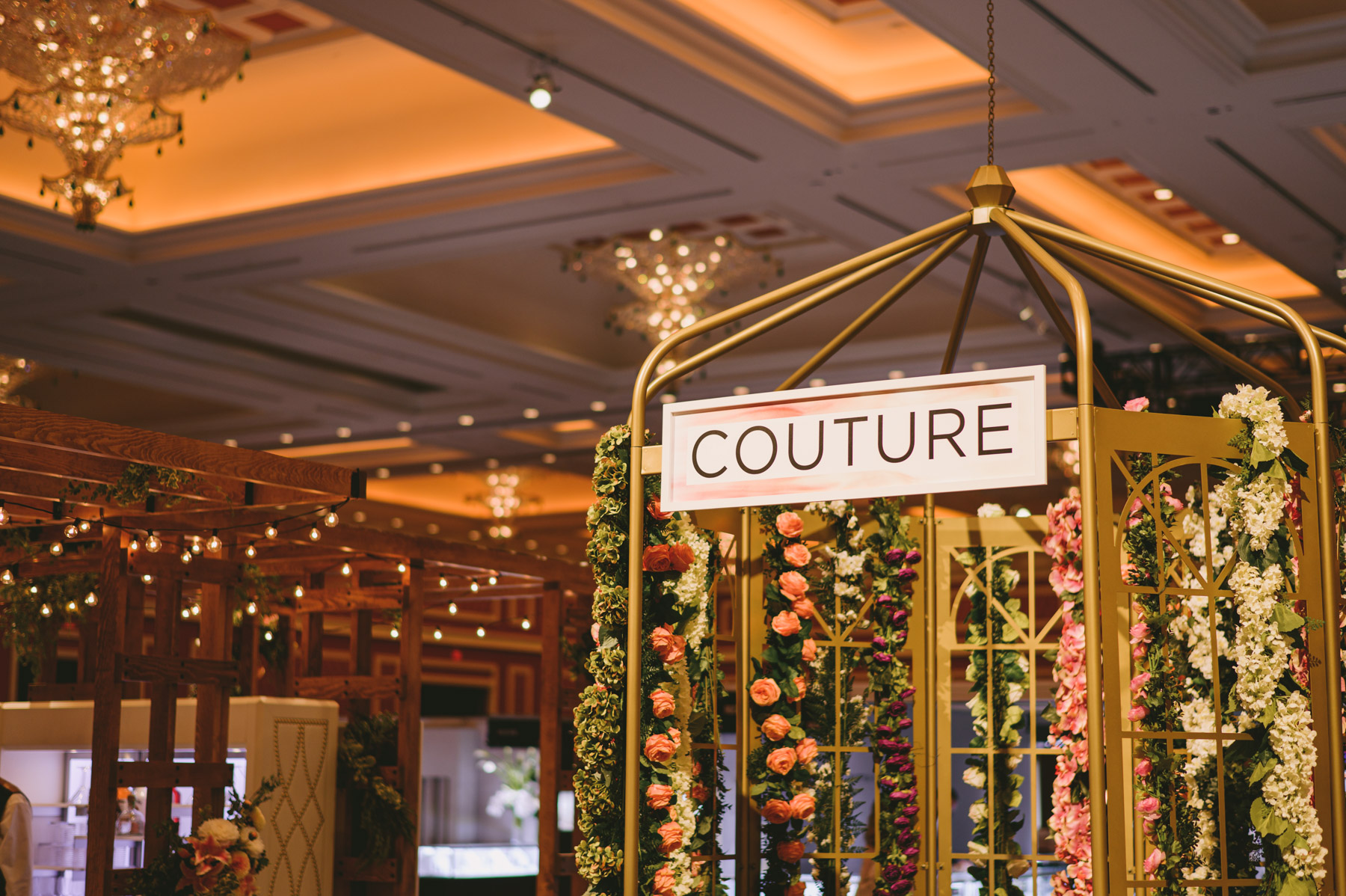 To the surprise of many people, the watch and jewelry trade shows in Las Vegas actually happened in 2021. On the way there from Los Angeles in the car, parts of the aBlogtoWatch team had their doubts. One team member said, “We will probably run out of things to photograph after the first day.” While it is true that Las Vegas was not a venue that many brands used to debut new products, the enthusiasm and attendance at the shows truly exceeded most expectations.

The United States had not seen any formal watch trade show before Couture 2021 in over two years. Zoom fatigue was and is a reality, and parts of the carefully constructed relationship-based luxury retail industry in the United States (not to mention the world) were falling apart. What many attendees at Couture seemed to agree on is that being at the event allowed them to realize just how important social interaction is to the watch and jewelry industry. From training staff to actually getting consumers excited, many parts of the more traditionally effective luxury industry have not translated well to an impersonal experience on the Internet. 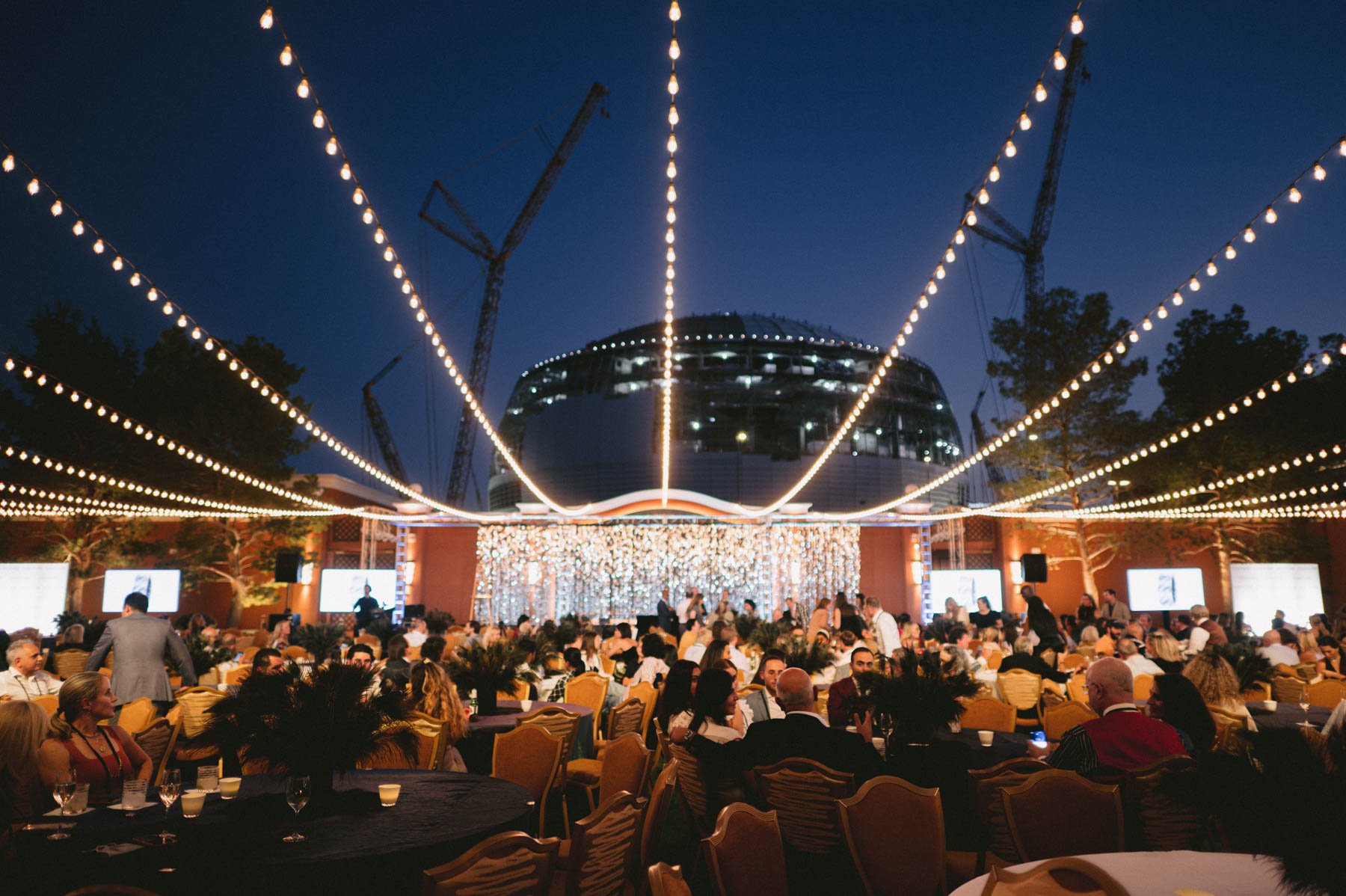 Couture and JCK even happened without most international guests in 2021, and the crowds were still voluminous. On the watch industry side, most international guests would have been watchmakers and executives from Europe. The EU is still an area from which most people cannot travel to the United States — even with proof of vaccination. It is also worth noting that Geneva Watch Days (an informal gathering of brands that invite guests for similar meetings around the city of Geneva) is starting one day after the end of JCK, a world away. Couture 2021 without many Europeans certainly felt like a different show, but it was refreshing to see Americans calling the shots again. 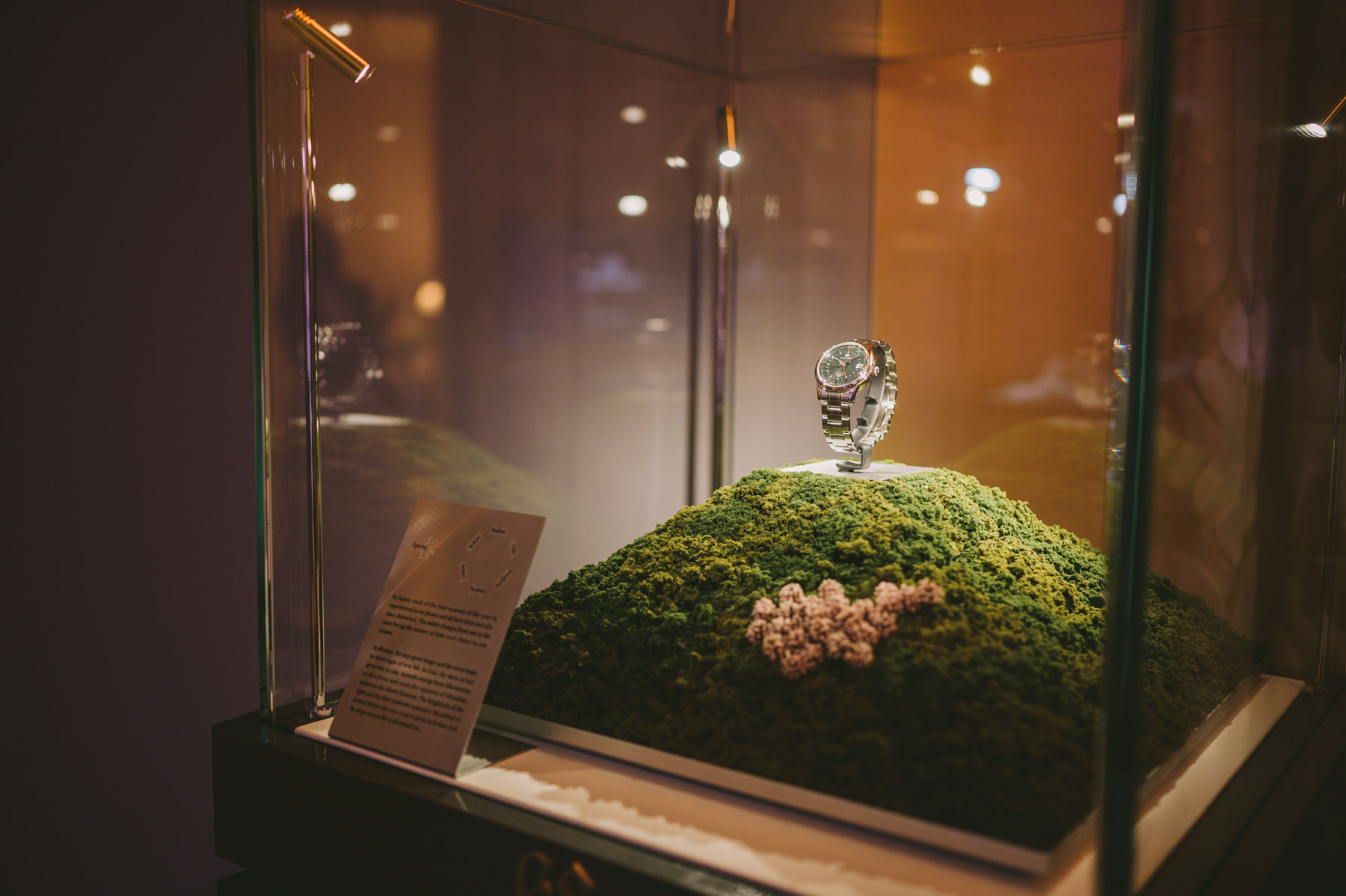 Among the more interesting challenges in the American watch retail industry is one of personality or value conflict between the various stakeholders. Historically, the American luxury watch market was run by American companies who imported luxury Swiss watches into the United States, then built and controlled a market here in the U.S. Over the last 20 years or so, a major trend has been “market recapture,” which saw Swiss or European-owned subsidiaries in the United States taking over once American-run businesses that dealt in timepiece distribution or retailing. A result of this is that watch trade shows, no matter where they are located, felt as though they were run by the brands and the retailers were mere guests with little operational control of the industry. Couture 2021 had a very different vibe because it was dominated by American guests, as well as a few Europeans and other non-natives who currently live in the United States.

How did such a demographic affect the mood and experience at the Couture and JCK shows? Given the dearth of representation from the watch brands in Europe themselves, Couture very much felt like a “good old days” event in America, dominated by American business interests. Retailers were more outspoken, more confident, and more likely to advance their interests in conversations. One of the biggest trends was for retailers to work with brands that gave them more operational control of their businesses and how they sell watches. Arguments can be made that when Americans have been able to make more decisions about how to sell watches in the United States, sales performance is higher. My hope is that, moving forward, the wristwatch world in the United States will be a more egalitarian environment where American and European interests are equal, without the interests of one side sidelining the interests of another. 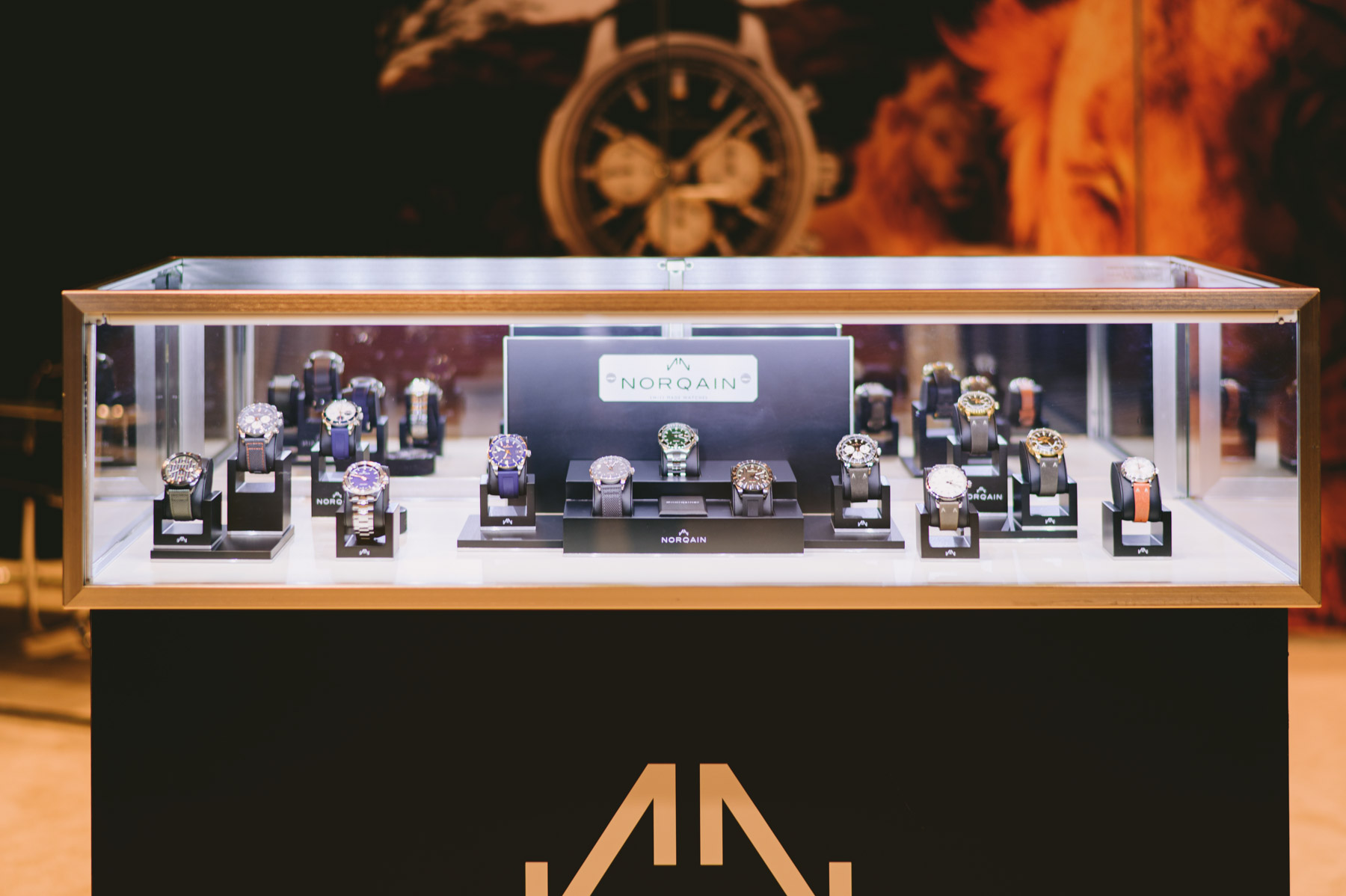 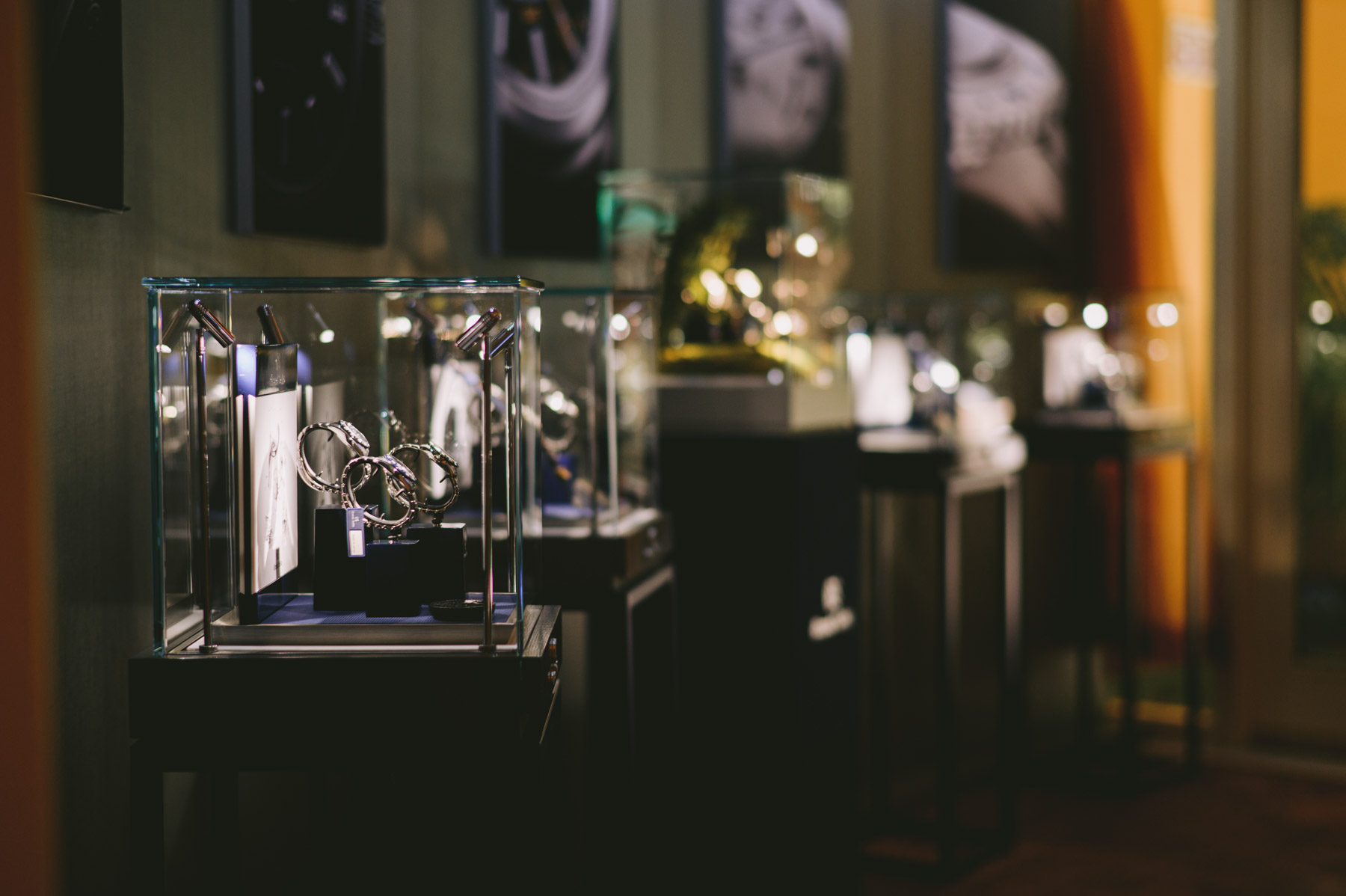 That said, even though Couture included many of the most important names in luxury watch retail in the United States, it also didn’t include a lot of members of the traditional watch industry (mainly due to the pandemic and its corresponding logistical impediments). This means that the upbeat attitude and zeal to do business I observed at these important tradeshows might not be representative of the larger market, but it does represent the positive experience many American retailers are having.

So how is business? Good, but within context. American watch retailers are all reporting strong sales and demand for both in-demand timepieces and an assortment of newer or independent brands that have struck relationship chords with audiences. Most retailers love the performance they are experiencing but, at the same time, are nervous about it lasting. Many retailers have also been busy during the pandemic investing and in some instances consolidating. The pandemic gave watch retailers both a push to reform and the time to implement sometimes radical changes. Watch retailers are building new stores, remodeling old ones, experimenting new with forms of marketing, hiring new staff, and in general doing their best to prepare for selling watches tomorrow. 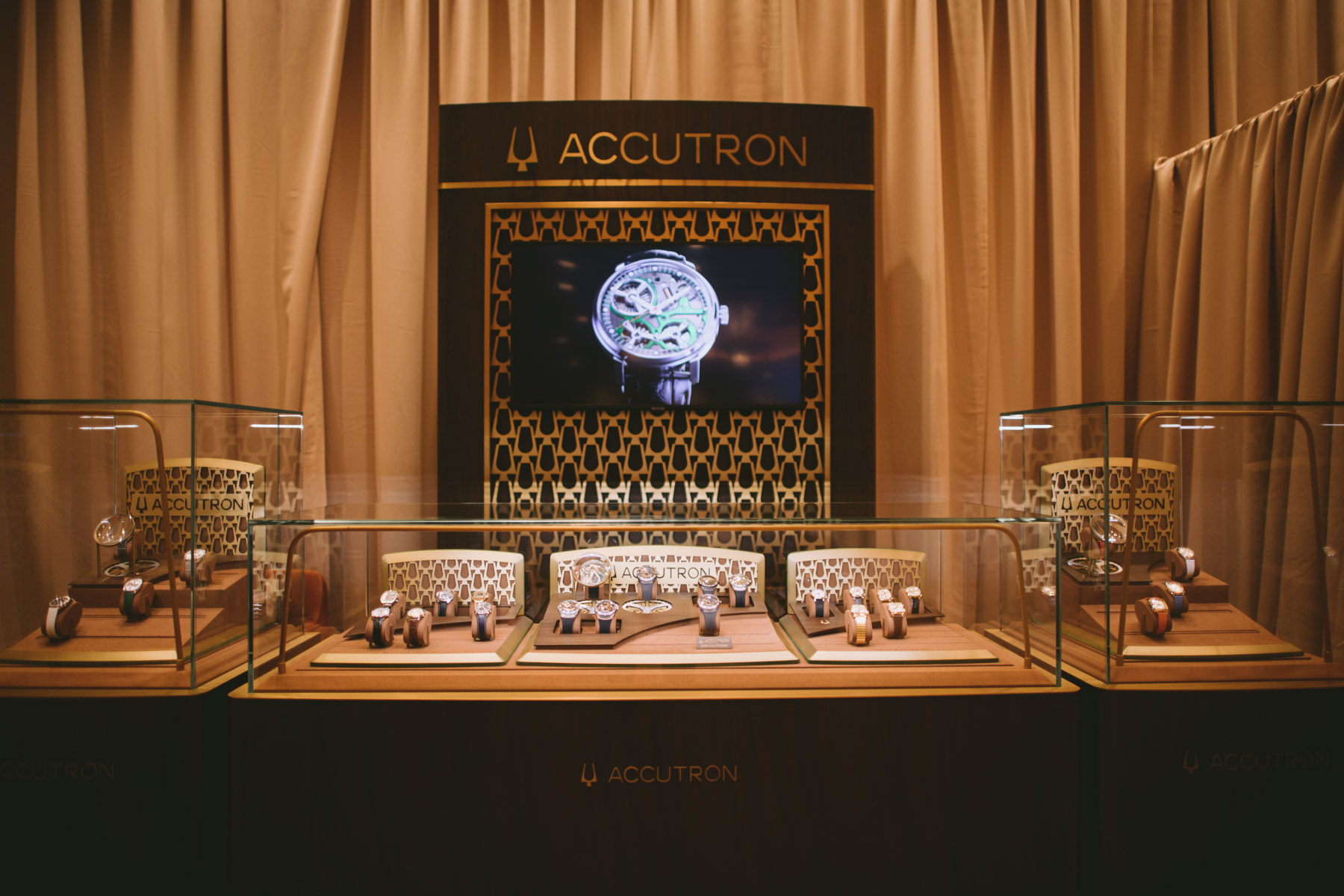 Watch retail recovery will also require a realigning of economic incentives between the two most important entities — watch retailers and watch brands. During 2021, and even prior, we experienced increasing tension between the interests of the companies that produce watches and those businesses dedicated to selling luxury products directly to consumers. For example, watch brands are currently experimenting or heavily investing in strategies to sell products directly to consumers, thus bypassing third-party retailers (and their ability to profit). This creates a conflict of interest that did not exist in the more distant past when watchmakers exclusively relied upon retail partners to purchase products via wholesale and then to sell them to “end consumers” who wear them.

The current “fight” is over who gets to “own” much of the relationship with consumers. Whether it is a brand or a third-party retailer, those companies that successfully court consumers will more than likely be those who benefit from their business. This status quo adds a complicated wrinkle to the otherwise straightforward business relationship that watch brands and watch retailers have traditionally enjoyed. In my opinion, most watch brands will have more success in the long term selling watches through third-party retail, as opposed to directly to most of their consumers. Watch brands that make a conscious effort to express dedication to the “multi-brand story retail concept” will more than likely enjoy the largest trust and performance with their retail partners.

Watch retailers are thus diversifying their businesses in various ways — from selling jewelry to carrying new brands or even selling pre-owned. What has markedly stepped up concern for watch retailers during the pandemic is the actual scarcity of available products to sell. This is where the pandemic has created some of the most interesting changes in the watch industry. 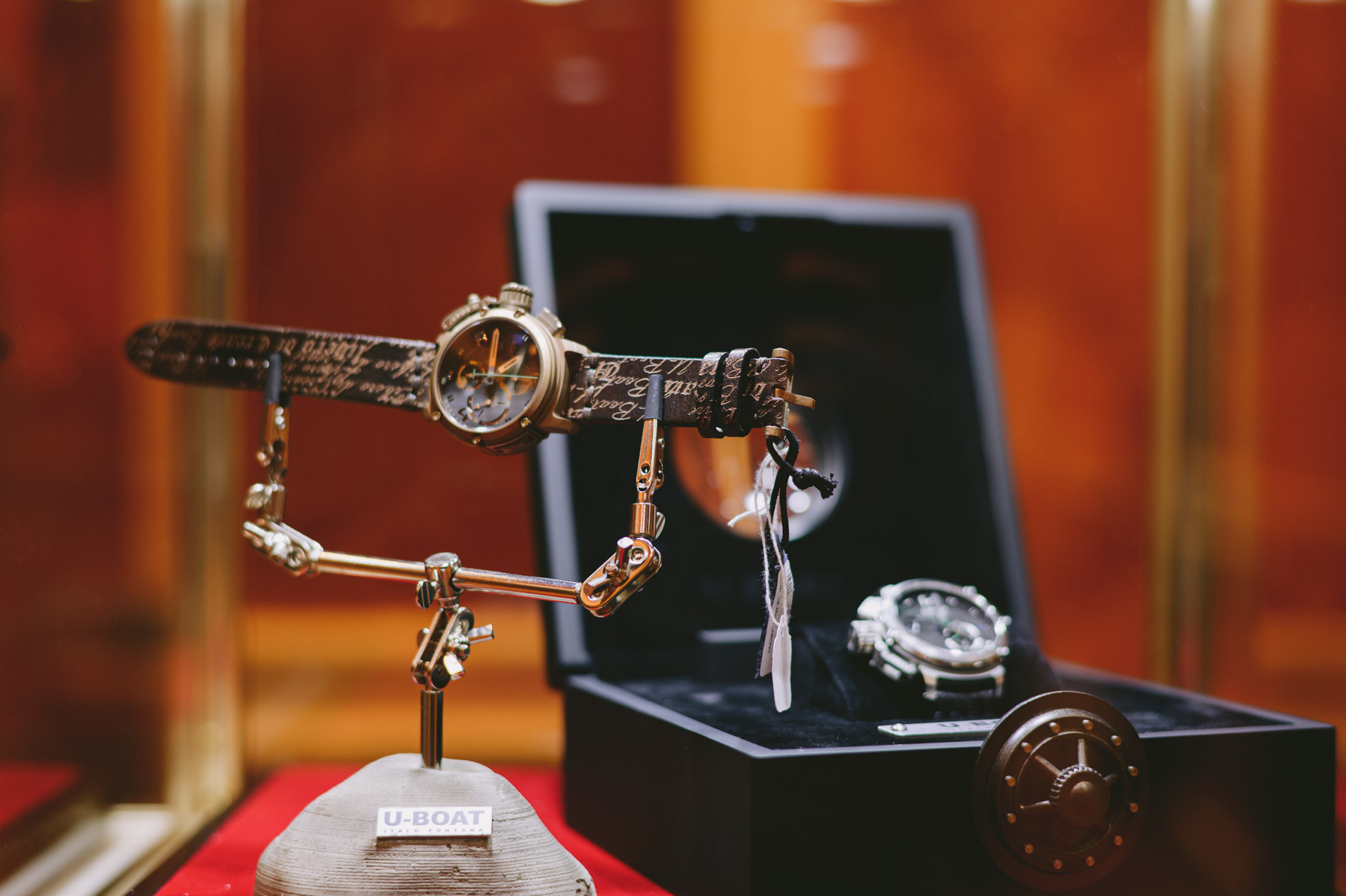 Just a few years ago, the watch industry was producing more watches than it was able to sell into the market. This created an ongoing problem with inventory surpluses that fed a strong discount-focused gray market and the wide proliferation of “pre-owned” watches at bargain prices. The COVID-19 pandemic forced most of the watch factories and their suppliers to limit production to relatively low levels. This resulted in luxury watch brands, for once in modern history, all having low inventories of their products in a market that would actually buy all that they were selling. Finally, demand was allowed to exceed supply, allowing luxury watches to be truly exclusive. This isn’t the only way to ensure luxury pricing for a product, but it is nevertheless an extremely effective one.

Going back to watch retailers during the pandemic, many of them experienced situations in which customers wanted products they could not source from their brands because of factory production limitations. Retailers cannot make money when they don’t have products to sell, a fear that has been amplified during the pandemic. This seems to have resulted in a rush for many retailers to seek security through diversification. It isn’t yet clear what the result will be, but it is clear that it will be a boon for independent watchmakers given the hunger in the market for all things fine and horological, at the moment. 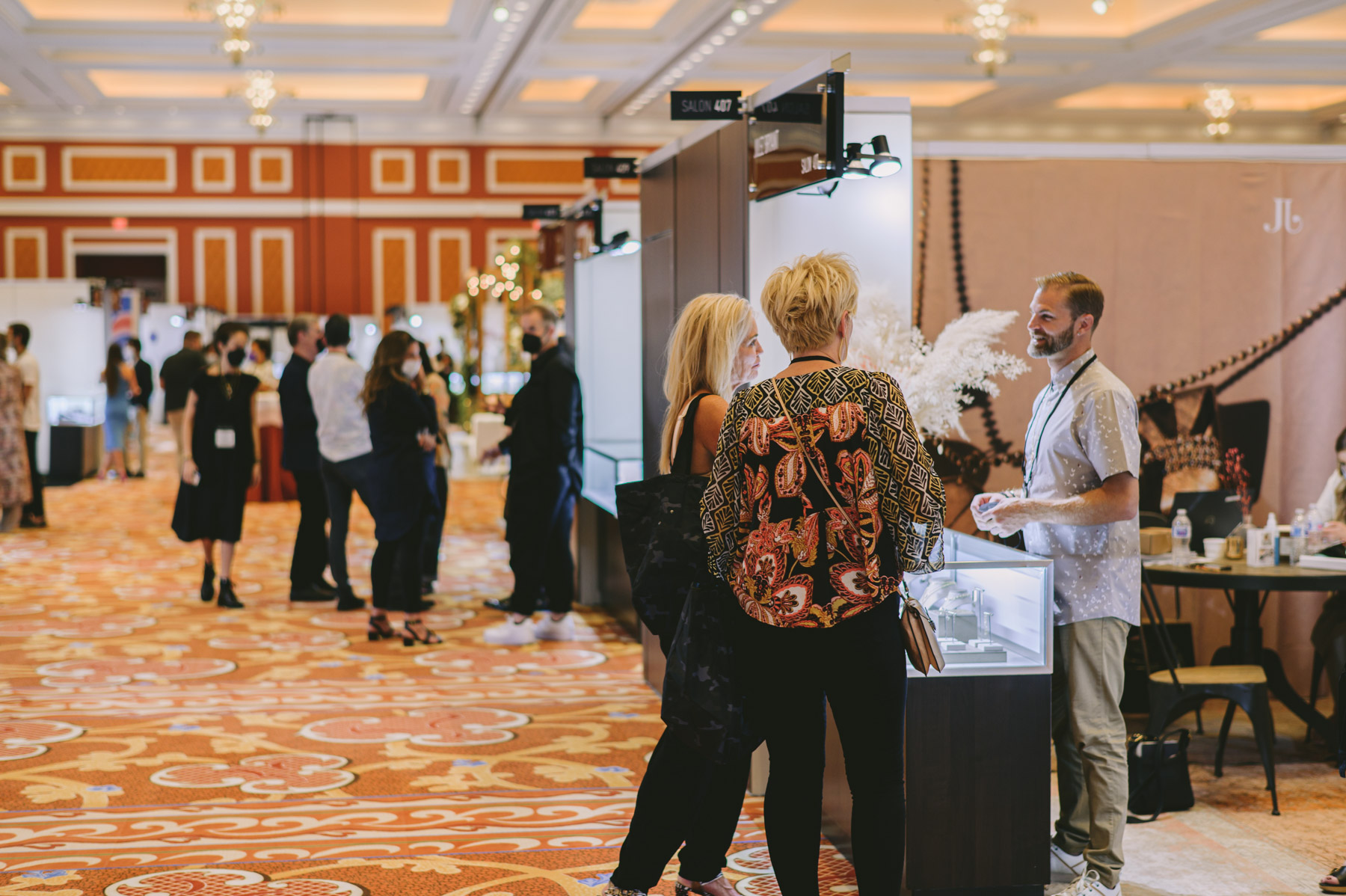 Couture and JCK 2021 each had their fair share of blurry-eyed brand managers or retailers who, upon seeing the general public (at their first major event in years), recognized themselves to be a bit rusty. Traumatic experiences like the pandemic naturally lead to mountains of human introspection. The luxury watch industry of tomorrow will not resemble that of yesterday because of the careful lessons responsible members of the industry have been teaching themselves since home-bound. What changes those decisions will have on the watch and jewelry industry are yet to be seen.

Couture did a remarkable job at putting on a professional trade show for a national audience when just months before such a thing couldn’t be done. The physical escape into luxury that is a welcome benefit of attending shows like Couture or Watches & Wonders was very real in 2021, as moods were high and meetings were motivating.

What I lacked at Couture & JCK 2021 was any sense of how industry culture will change moving forward. Most people agree that the luxury watch industry after the pandemic will have marked changes from that of the industry before it. That includes how watches are sold, how they are marketed, how they are designed, and even who they might be sold to. People talk about a return to historic industry practices (such as products unique to various regions) as well as fantasies about modern approaches (such as how to meaningfully connect timepieces to blockchain tokens). That said, there are too many questions about the near-term future for guests at these Las Vegas trade shows to leave with nearly as many answers as they have queries.

If they play their cards right, smaller watch brands, as well as originality-minded independents, will own much of the market share in the short-term as most of the major names in watchmaking are (for now) claiming that 2022 will be when they return to meaningful action. This opportunity is strong from well-positioned brands especially because high-performing American retailers are desperate for product they can sell, and because they are suspicious of corporate managers across the sea. This is a boom for brands that can take advantage of both the money and interest from this strong retail body.

As I finish writing this article, aBlogtoWatch’s David Bredan is starting his day in Geneva for the beginning of Geneva Watch Days. The American side of the industry is brimming with available energy and a hunger for more products to sell. What new products and production promises will the Europeans have for them in the coming days? I look forward to visiting Las Vegas next time and thank Couture (where the vast majority of watch brands displayed this year) and JCK for successful 2021 events.