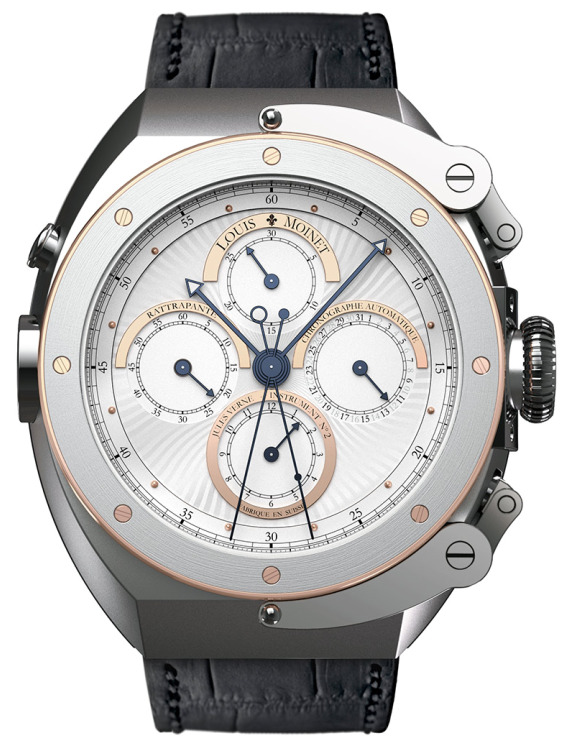 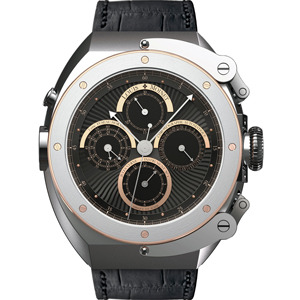 Would these watches make Jules Verne proud? Possibly. The unique chronograph watches from recent luxury watch maker Louis Moinet proves that the steampunk genre is alive and well. How do I know? Probably because these watches epitomize the ideal and I love it. Influenced by Jules Verne’s classic 1865 novel “From the Earth to the Moon” (plot: big gun shoots American and French man to the Moon), the watch even houses an actual piece of rock from the moon (found on Earth). There are two models of the Jules Verne watch. First is the Instrument 1 “From The Earth To The Moon” watch, and second is the Instrument 2 “Around The Moon” watch. The different between the two is that the Instrument 1 has a chronograch with a second timezone, and the Instrument 2 has a rattrapane chronograph (split timer).

The watches feature two “firsts.”  Most obvious, is the unique chronograph pusher system that uses fold out levers to operate the chronograph. This helps prevent starting and stopping it accidentally. Second is the use of the Moon rock – in the way that it is used. Though I will add more images as I get them, you can’t quite the see moon rock in these pictures. Notice the protruding section near 9 o’clock on the watch? The Moon rock is visible through the side of the watch there. Don’t worry, the lunar rock is authenticated – and is of the rarest types of extraterrestrial materials found on Earth (much rarer than meteorites, and something that fell onto the Earth from the moon over 2000 years ago). 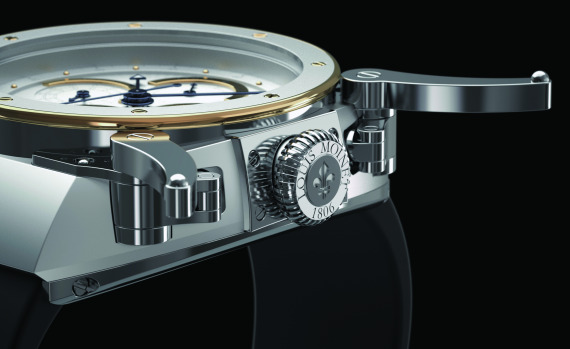 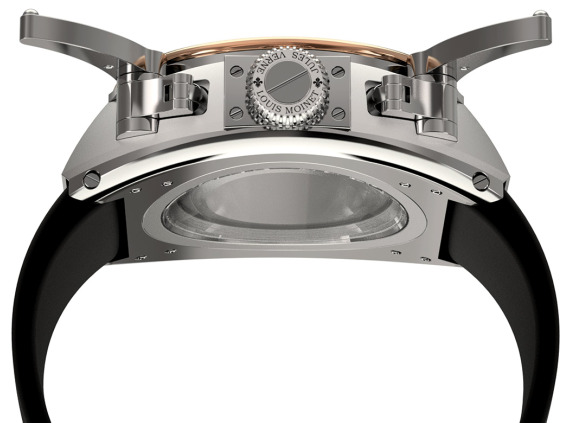 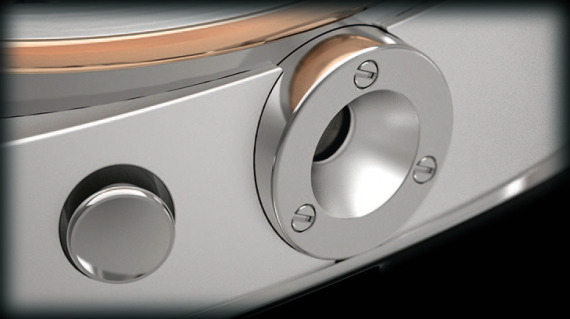 Functions for the watch are: a rattrapante (split-time) or second timezone, 12 hour chronograph, date, and of course time. The watch case is fantastic looking made of three materials – stainless steel, grade 5 titanium, and 18k rose gold. There are two dial color options available (silver or black). The layout and design of the dial are all meant to inspire a sense of 19th century mechanical gauge futurism, and are based on original Louis Moinet designs. Hands with arrow tips are clear and unpretentious, but tasteful. The case reminds me of a 1970s diver’s watch case in all its 46.3mm wide glory. Inside the watch is an automatic mechanical movement exclusive to the models. The strap is crocodile with carbon finishing. Of course a luxury watch like this does not come cheap. Expect prices for this very limited watch to be between $10,000 – $20,000.