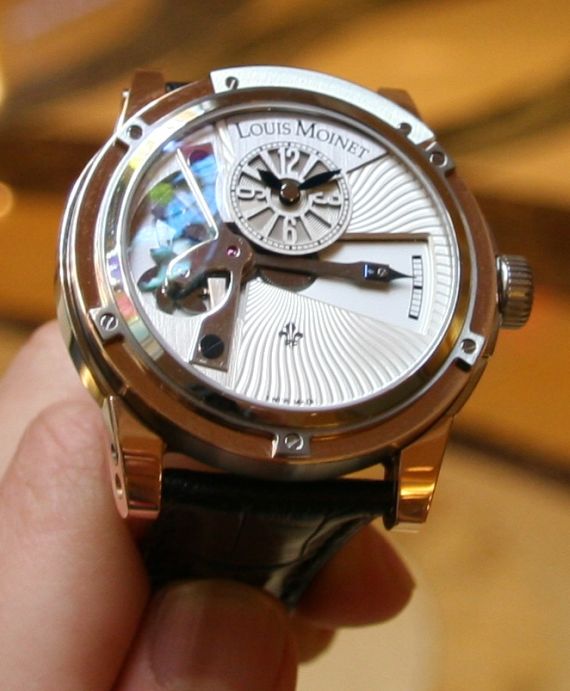 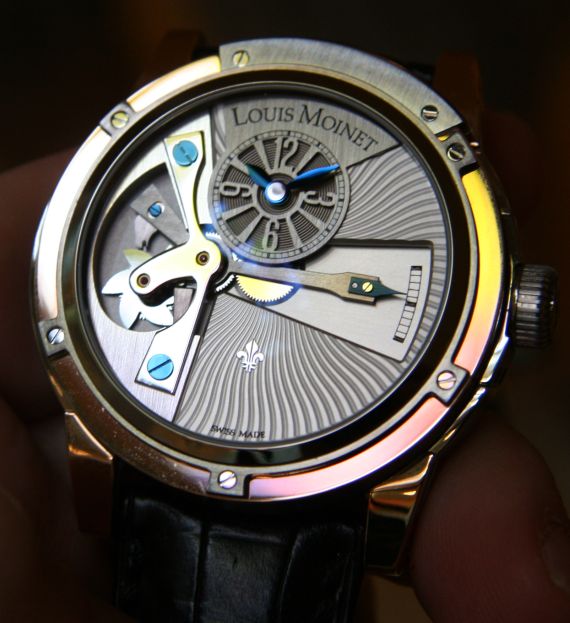 For all intents and purposes this is going to be the flagship iconic Louis Moinet watch, in my opinion. First, the style of the watch goes directly toward what the brand wants you to think of when you see the watches — that being the masterworks and technical drawings of French watch making master Louis Moinet. US President of Louis Moinet said to me that in his opinion, many of the watches are sort of a speculation of what would have occurred if Louis Moinet and Jules Verne created if they met each other and decided to make a timepiece. Accordingly, there are currently two Jules Verne watches in the Louis Moinet collection as part of this fun fantasy idea.

I first wrote about the Tempograph here on Luxist, where you can read some details about the watch. I am going to stick more to my hands-on experience here.  The Tempograph has an interesting complication – a large and conspicuous 10 second retrograde hand. The hand moves down and after 10 seconds jumps back to the top. Part of the idea of the watch is to illustrate just how long 10 seconds really is. Louis Moinet even has a promotion where they will give you a special Louis Moinet watch cleaning cloth if you go to Ten-Seconds.com and indicate what you would do in ten seconds. The actual face of the watch is smaller and near the top of the watch in a Breguet fashion. I’ll keep saying this, but I see Louis Moinet watches are Breuget watch alternatives from a style perspective. 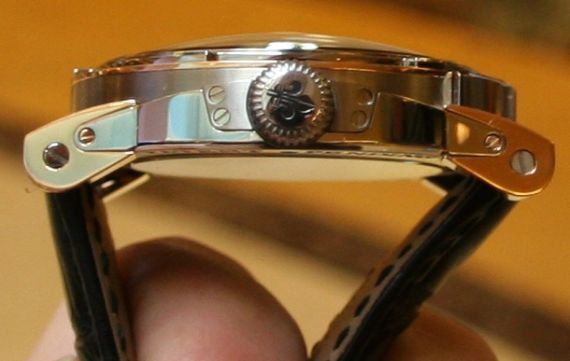 There are four watches in collection with two dial colors and varying metals. The cases are large at 47mm wide. Each model has a fair amount of titanium and steel, while a few (such as the one pictured) also have rose gold built into the complex case construction (made up of 48 pieces). Each of the watch variations will be limited to just 60 pieces. Inside the watch is the LM05 automatic movement made specially for Louis Moinet. I appreciate that the movement is an automatic, and you can see the nice Cotes de Jura engraving on the movement and integrated into the rotor seamlessly. Looking in the face of the watch you see the guys of the retrograde complication which is mainly a large star gear, and a spring to shoot the hand band into position after each ten circulations of another gear. Despite this, I am not concerned that the movement is “too” complex – which is the case with many such movements and can be prone to damage. I have a hunch that the Tempograph will be relatively hardy. 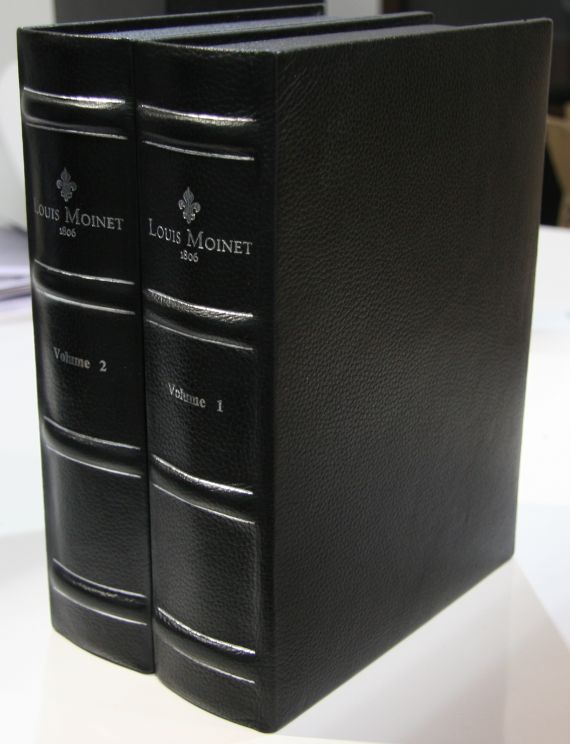 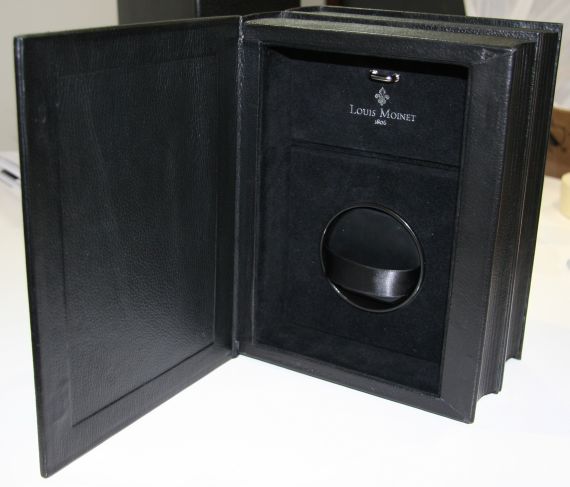 The watches comes in a special type of watch case concept that Louis Moinet was the first to jump on. Working in conjunction with Orbita, Louis Moinet will offer each piece with a watch case that doubles as a winder. I took some images of the case for you to see while visiting with Orbita. When closed, the case looks like the two volumes of Louis Moinet’s historic watch treatise, and when opened you find the placement for the watch and a cabinet for manuals and straps. The Orbita winder is part of their new Casetta line that is meant to be a modular winder to be used for many purposes. The winder is silent and uses a special 5-7 year lithium ion battery. I really like that Louis Moinet is the first luxury watch company to jump aboard the “useful watch case” bandwagon including the winder as part of each new automatic watch they offer (as far as I hear).

The style of the watch isn’t going to appeal to everyone. Clearly this is an avant garde timepiece with the time telling portion of the face taking rear-stage to the retrograde hand, though the time is easy to tell on the dial. Like I said before, this is the way it is done with many Breguet watches where the time is smaller than it needs to be. The watch is a thematic throwback, a piece of art and a message. The designer of the watch wanted to illustrate just how long ten seconds is, and what we can do in that time. Wearers of the Tempograph watch will likely receive that message all to well. Those who enjoy the design of the watch need no convincing. They will love the style of the complex case, and enjoy the constant movement and interest of the dial. Retro with an A grade (cheesy pun but still applicable!).

Also, Louis Moinet is having a promotion for the Tempograph watch where you can go to Ten-Seconds.com and enter what you would do in ten seconds and receive a free gift.