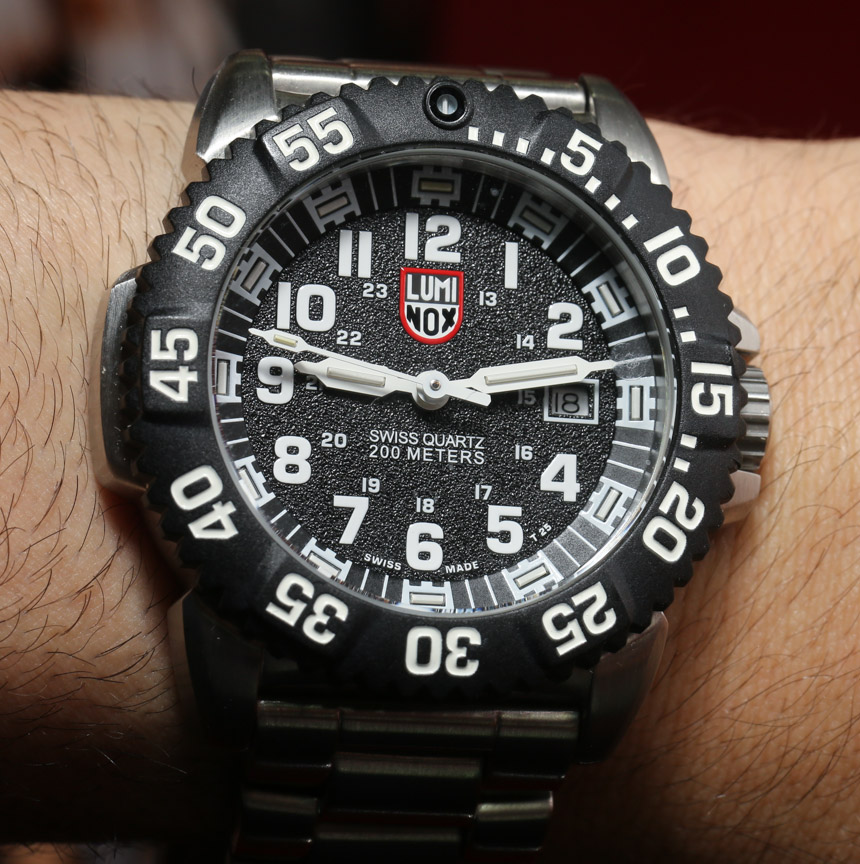 When most people think Luminox, they think of a design like this Steel Colormark 3150 watch. While Luminox is not the first brand that came up with this military diver style watch, they certainly helped propel it into the mainstream. In 1994, Luminox released the original Navy SEAL series 3000 watch that offered a great military watch with a Swiss quartz movement for a few hundred bucks. I remember seeing these sold at places such as The Sharper Image, as well as a host of other retailers. At 43mm wide, in black with tritium illumination, it was just a really cool guy’s watch.

While the 3000 series watches are still produced, the follow-up model was the 3050 collection. A touch bigger at 44mm wide, the 3050 series pieces were really just a bolder looking watch. It was like Luminox upped the size of everything, from the thickness of the lugs to the font on the dial and bezel. Though, the 3000 and 3050 series watches are very much in the same vein when it comes to design. 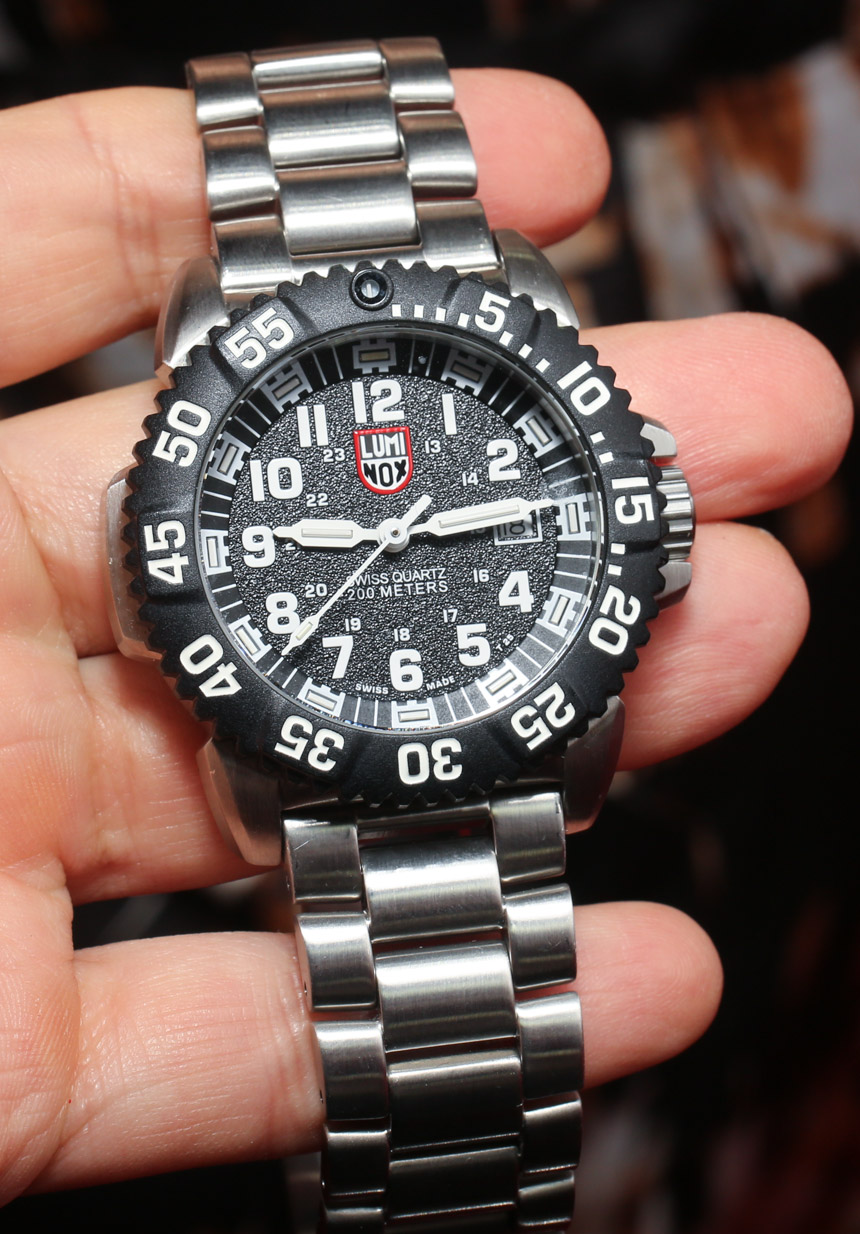 Luminox calls the 3050 series the Navy SEAL Colormark collection because in addition to the black and white dials, there are other colors available. Though for us, the purest and most effective designs are still the black and white models. Still in a polycarbonate plastic case, the 3050 (especially the ref. A.3051) is among the brand’s top sellers. Later Luminox released the Steel Colormark collection within the 3150 range. This model with a 44mm wide case is the 3152 (ref. A.3152) with a steel bracelet to match the steel case. Though a similar version with a rubber bracelet is available– which is possibly better for actual “active use” given the more snug fit and lighter weight. 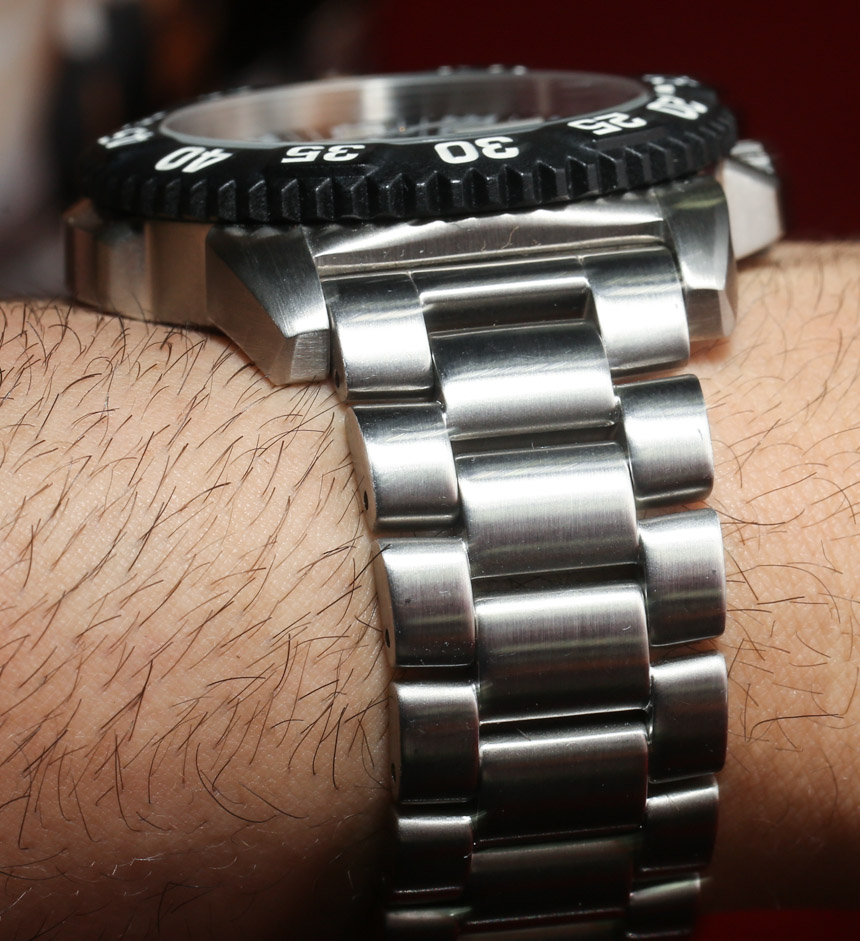