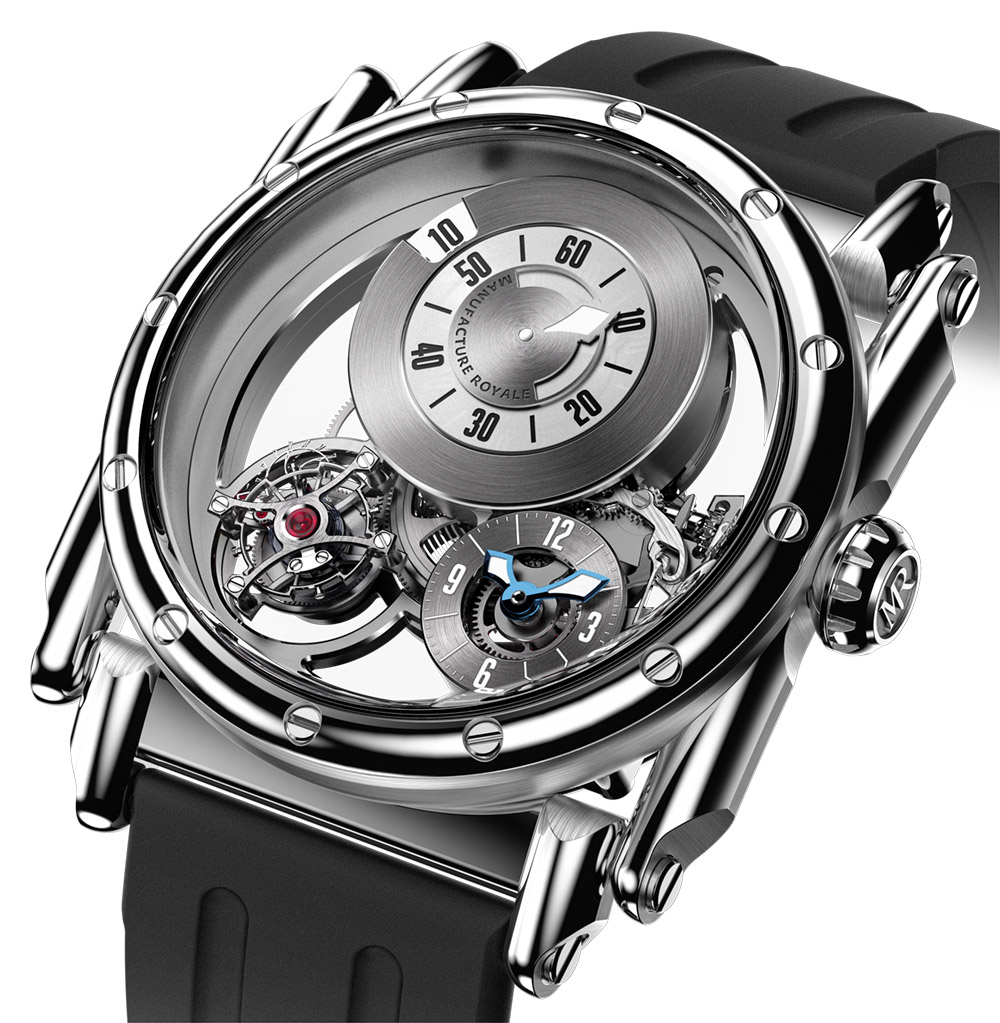 As the story goes, Manufacture Royale was founded in 1770 by the famous French philosopher Voltaire. Back then, it could count Jean-Antoine Lépine, a clockmaker to the French king, as one of its watchmakers. However, the brand faded into oblivion following the death of Voltaire until it was resurrected in 2010 by Alexis Gouten, David Gouten, and Marc Guten. Its debut watch, the Opera, made quite a splash with its bold design. Now, seven years later, the brand is introducing a new watch called the Manufacture Royale ADN that also happens to be equipped with their ninth in-house caliber. 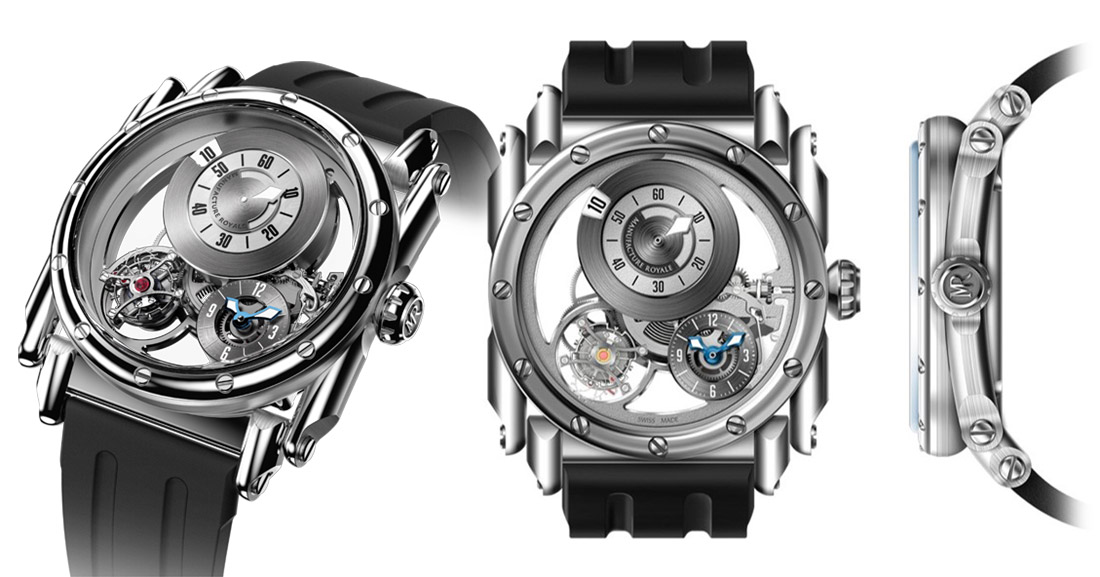 The Manufacture Royale ADN – ADN is French for DNA – comes in a 46mm wide case that is a blend of Manufacture Royale’s Opera and Androgyne cases. According to Manufacture Royale, the ADN has a softer and curvier outline, which gives it a more organic look and feel. The design of the case, however, is distinctly Manufacture Royale with exposed screws on the bezel and mobile lugs that pivot, allowing the watch to shape itself to its owner’s wrist. The case alone consists of 67 components, which is quite remarkable. Rated water resistance is just 30m, so best to keep it away from liquids. 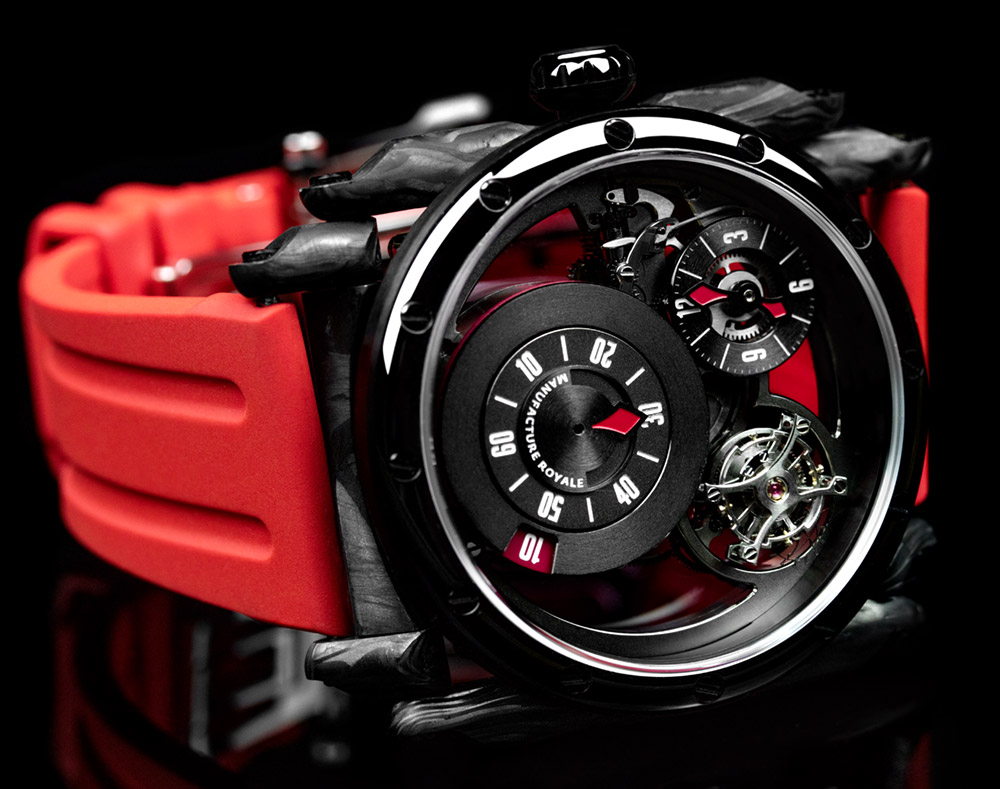 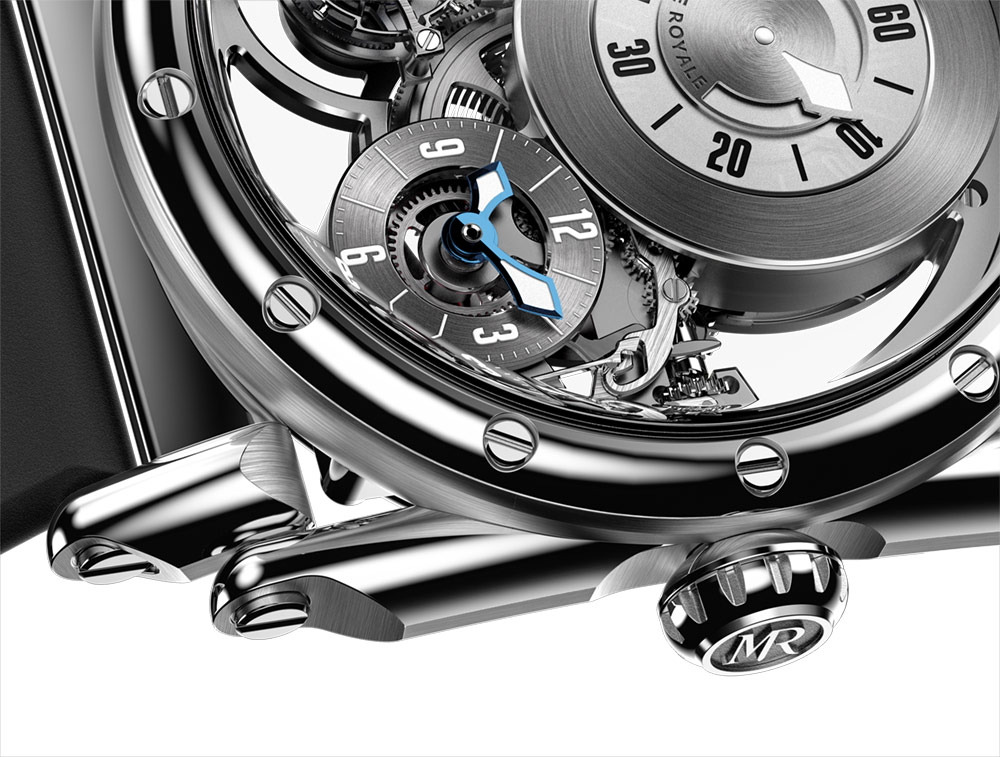 Like most of the watches in the Opera and Androgyne collections, the ADN has a partially skeletonized dial that shows off much of the movement. At 12 o’clock, you have the prominent dial that shows the local time using a digital jumping hour display. The minutes are displayed traditionally using a 60-minute dial, and at 4 o’clock, you have a small sub-dial that shows the home time using your conventional hour and minute hands. Both time time zones can be set independently using the crown without the need for correctors. This is very useful especially if you are traveling to a time zone that has a half-hour or 15-minute offset. At 7 o’clock, you have a one-minute flying tourbillon. 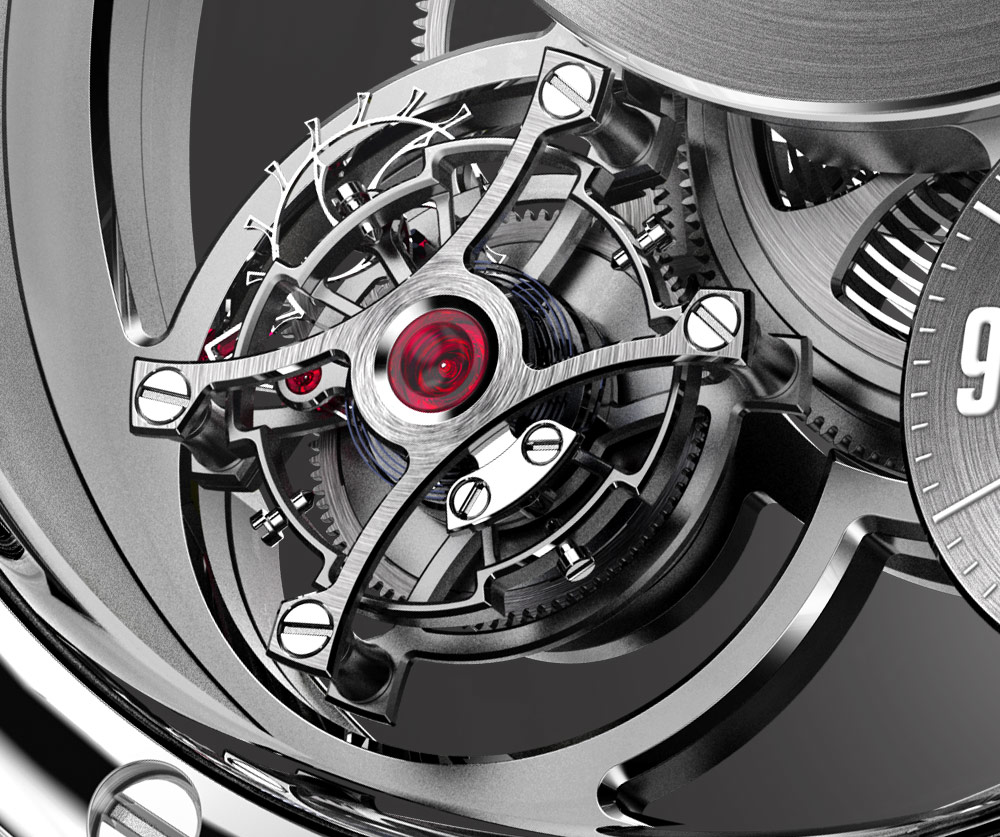 The movement within is Manufacture Royale’s ninth caliber and it is unimaginatively named the Caliber MR09. Its tourbillon is mounted on ceramic ball bearings and uses a silicon escapement wheel and pallet. The cage is fixed only on the underside, which creates the impression of the tourbillon spinning freely within the case. The Caliber MR09 is a manually wound movement that beats at 3Hz and has a power reserve of 80 hours. The movement is also decorated entirely by hand. 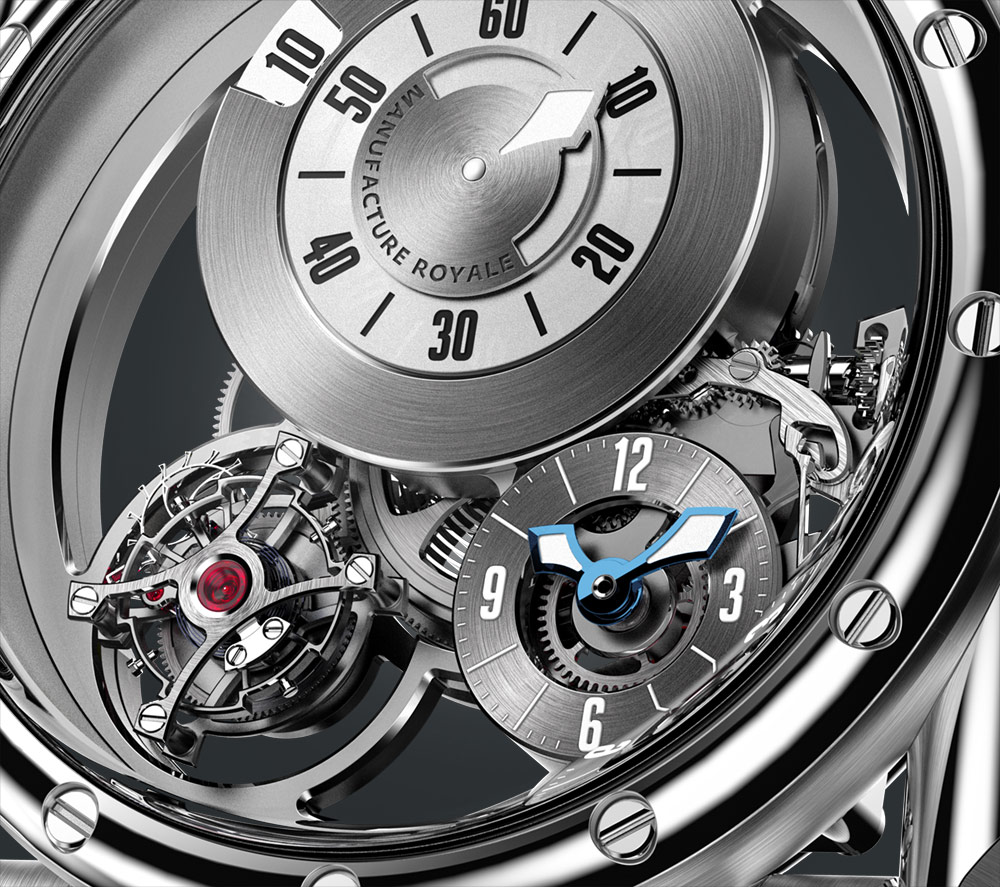 The unconventional styling of the Manufacture Royale ADN probably means that it is not for everyone, but there’s no denying that the ability to independently adjust its two time zones is highly useful. The Manufacture Royale ADN will be produced in limited numbers and will be available in three different case materials. There’s a stainless steel one that comes with a silver dial and white hands. There’s also another that comes in a DLC and forged carbon case, and this model features a black dial with red hands. The final model comes in a rose gold and forged carbon case and features a black dial and white hands, although the brand has not provided pictures of this one. All three variants are limited to 28 pieces each.