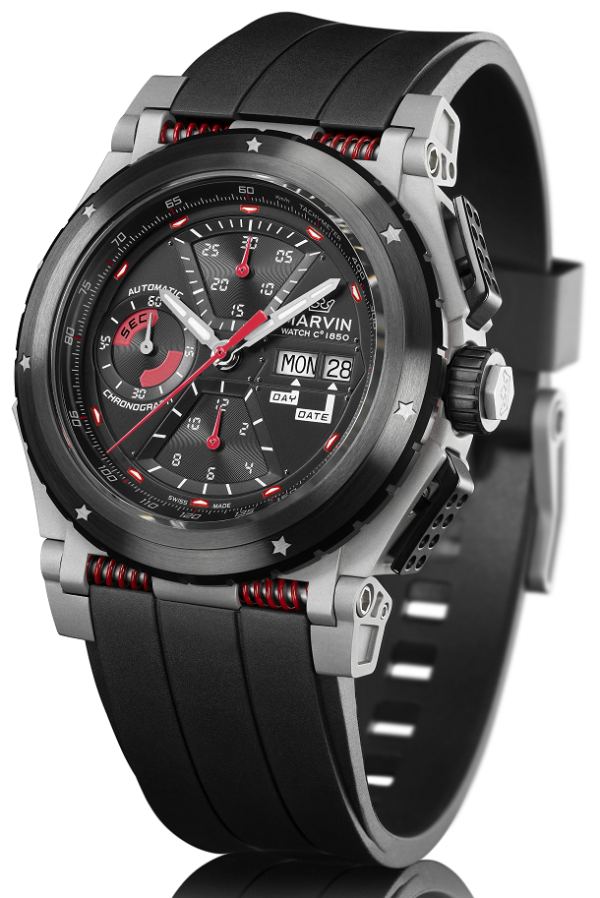 The wait is over and the Sebastian Loeb watch by Marvin is here. Loeb is a World Rally Champion race driver. I saw some concept art for the watch early on, and now the final piece has been released (actually there will be two models). Following a tradition of many race themed timepieces, the Loeb watch spins a new yarn on the idea of a timepiece linked to the world of motor sports. The piece looks as though it was made from miniature parts taken right out of a rally car parts pin. An interesting mixture of concepts to yield a piece that tasteful but visually indicative of its cause.

As Loeb is a rally car champion driver, the watch pays homage to timepieces in this range. The most noticeable design element is the “shock absorber” springs on lugs that actually to function as part of the system that “wraps” the straps around your wrist. I was told that from the start Loeb wanted springs in the watch somehow, and it was a challenge for designers Sebastian Perret and Jean-Francois Ruchonnet to figure out how to incorporate them. Loeb himself was quite instrumental in the design direction of the watch. 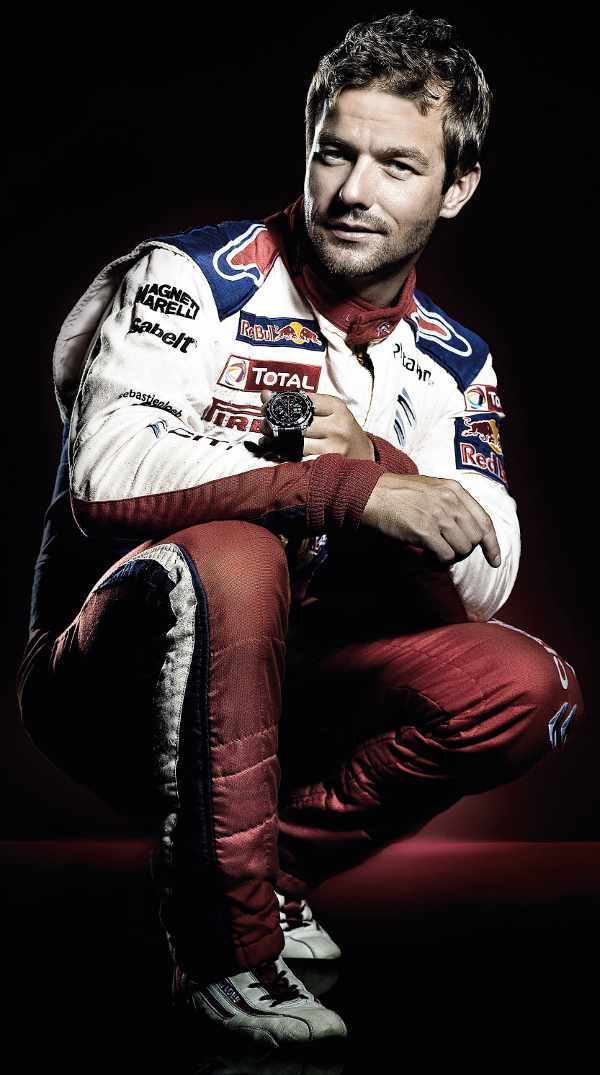 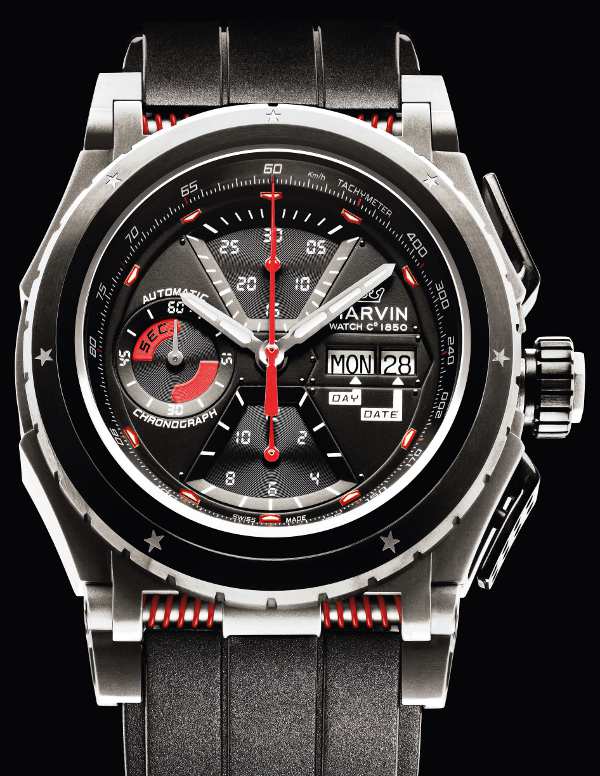 The chronograph watch is 44mm wide in steel and will be available in both automatic and quartz variants. The mechanical version will be limited to just 777 pieces, while the quartz version will be part of Marvin’s main collection for the time being. Note that the chronograph pushers look like gear changing paddles from the car, and that the stars around the bezel signal Loeb’s champion status. According to Loeb, the dial is modeled after the dashboard and instrument cluster on his rally car. I like the “digital” style font used for the subdials. 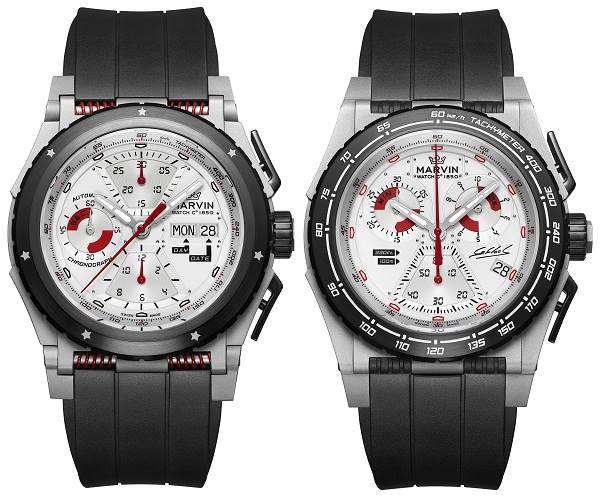 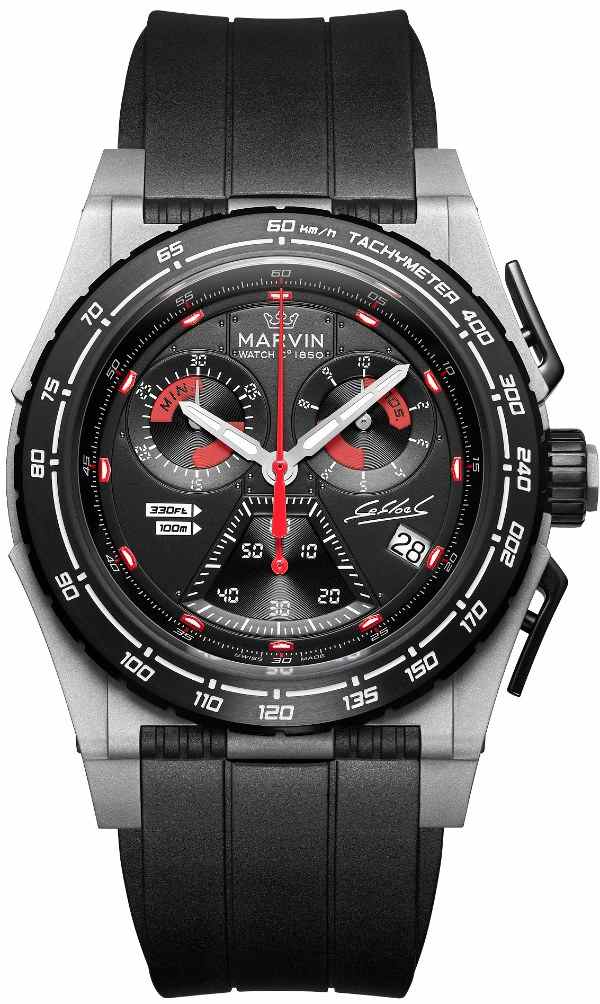 On the case the steel is both satin finished and done in black PVD. The style of the case is complex, and quite technical. You see a lot of watches such as this at sporting events. Having gone to a few races myself, I can assuredly say that people who own these wild race themed watches take the opportunity to wear them out to such events. It is fun to see the driver’s people are fans of based on the watches they are wearing. For comparison’s sake, you can check out this Edox Chronorally watch that was was also done in honor of these types of racing events.