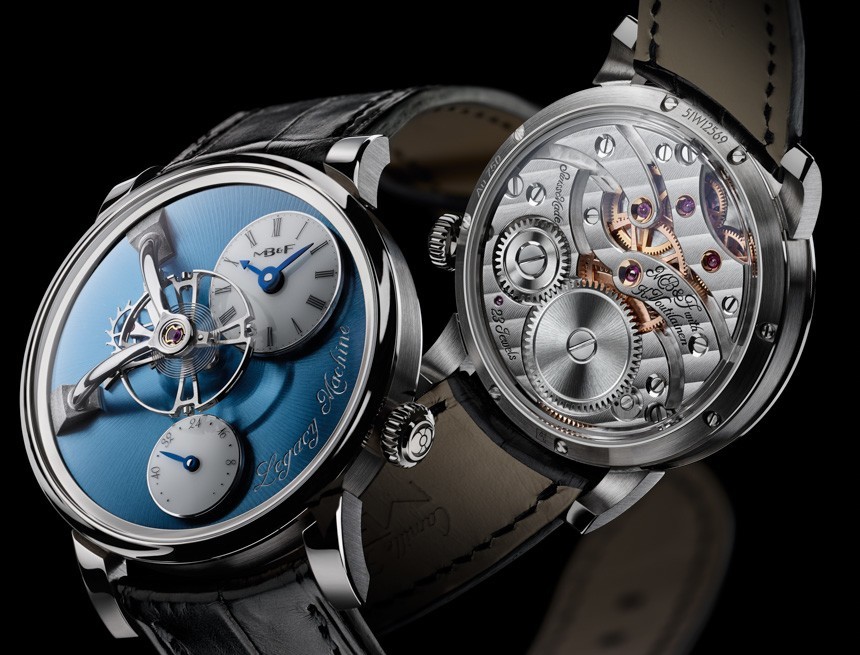 2016 marks the first year in the history of SIHH when this massive and indeed very luxurious watch fair populated mostly by Richemont brands will also officially welcome an impressive number of smaller independent watchmakers. We will, of course, be there at the fair the entire time, and among the nine new-to-attend independents we will get to see is MB&F – but this should come as no surprise, as they clearly belong to the crème de la crème of indie watch brands. To heat things up a bit for SIHH 2016 that is starting in just 11 days from today, MB&F has released the MB&F LM101 in a new platinum version with the typical blue dial we have come to expect to see from the brand’s platinum creations. 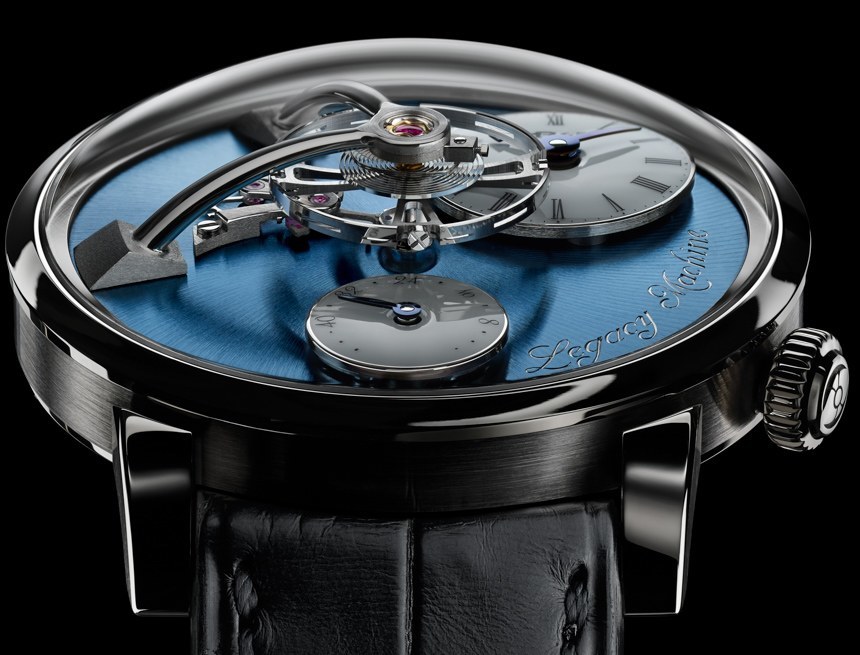 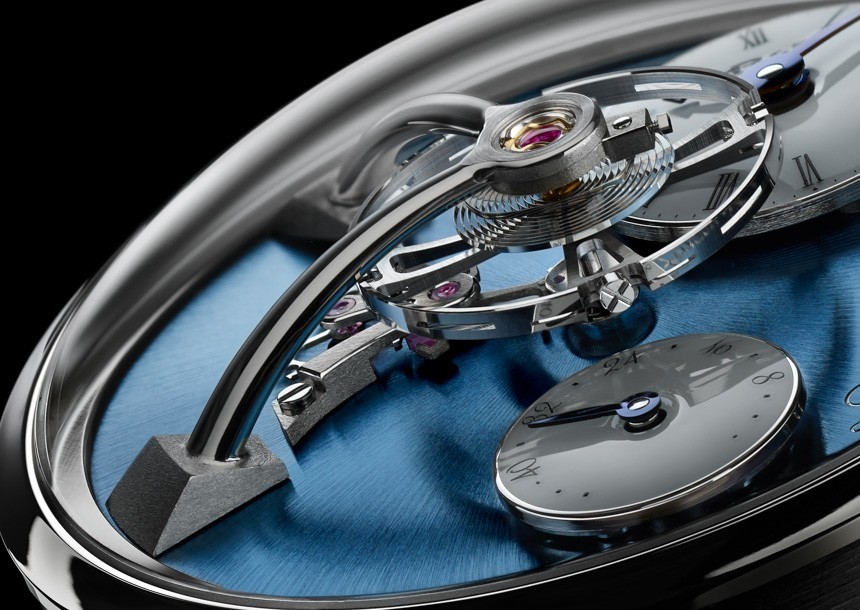 We originally debuted the MB&F LM101 (hands-on) here back in 2014, and in that article we discuss it in greater detail. What you need to know is that MB&F designed the MB&F LM101 as a continuation of their Legacy Machine series, and in doing so, also as the entry level piece to this collection. The MB&F LM101 in gold is more than $30,000 less than the LM1, and over $100,000 less than the LM2 – the magnitude of these differences apply for the platinum versions as well. 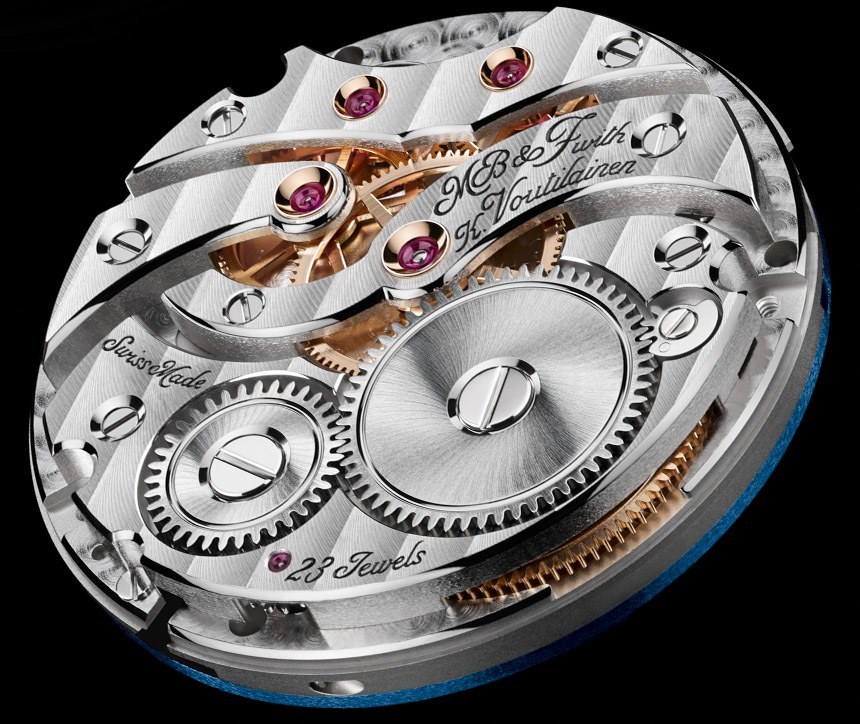 Don’t for a second be fooled by its admittedly lower positioning in the horological food chain, though: the MB&F LM101 still sports the trademark floating balance wheel and beautifully curved arches of the Legacy Machine line and boasts a hand-wound movement that is still decorated in the workshops of Kari Voutilainen – one of the all-time greats in watch movement finishing.

The movement – or as MB&F likes to call it, the “Engine” – inside the MB&F LM101 is the first one to have been designed in-house by MB&F – and so it has lost the engraved name of Jean-Francois Mojon, the engineer behind previous Machines, on one of the movement’s bridges. The movement runs at 18,000 vibrations per hour and provides 45 hours of power reserve – forcing you to enjoy the task of re-winding it every now and then. 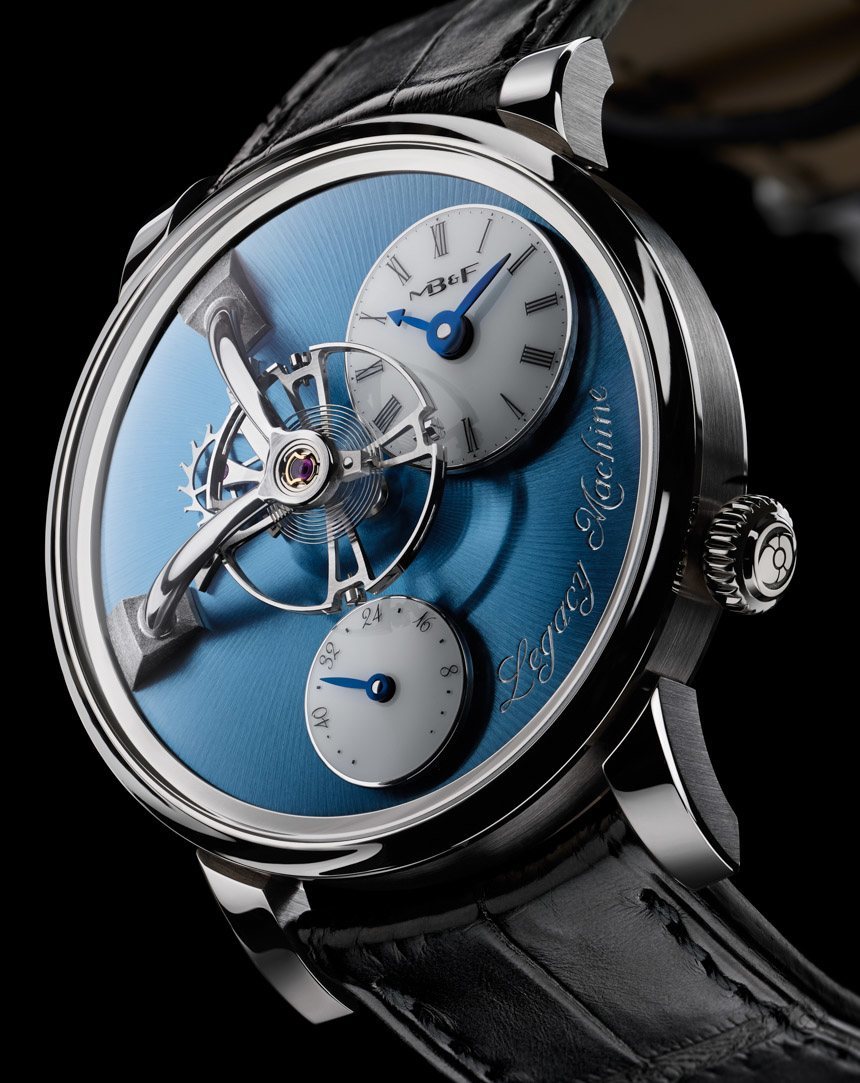 Now that the 40mm-wide and 16mm-thick case of the MB&F LM101 is in platinum, MB&F equipped this 33-piece limited edition with that staggering blue dial we have been seeing exclusively on other MB&F pieces crafted from this dense, precious, gray-white transition metal. Engraved “Legacy Machine,” featuring that subtle blue sunburst finish, and serving as the backdrop for the two enamel sub-dials for the time and the power reserve, this combination of the deep hues of platinum and this fantastic blue proves to just never get old. 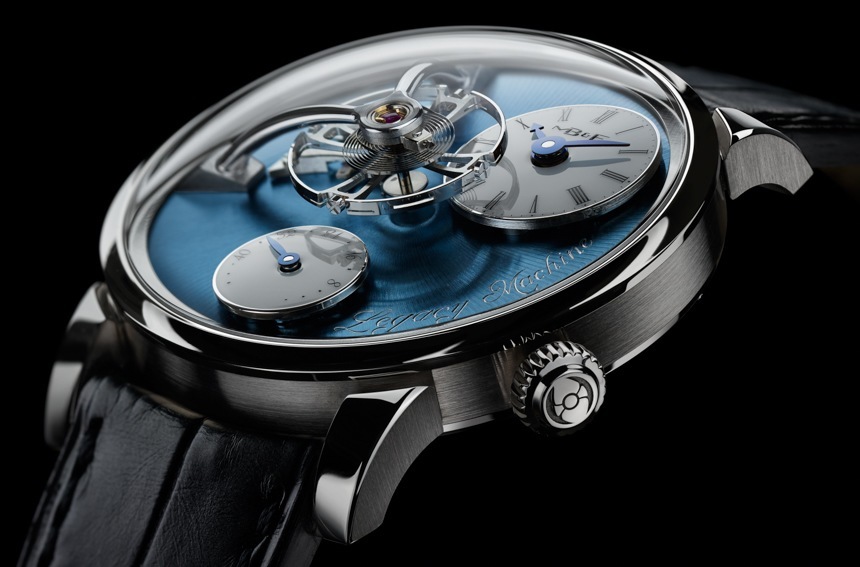 MB&F did tease us with some “radical new Machines” that it will unveil at SIHH 2016 – so make sure you stay tuned for our pre-, live, and post-SIHH 2016 coverage here to see them the moment they are officially released. Until then, the MB&F LM101 in platinum is here to quench your thirst for some MB&F Machine insanity – with a sobering price tag of $72,000. mbandf.com