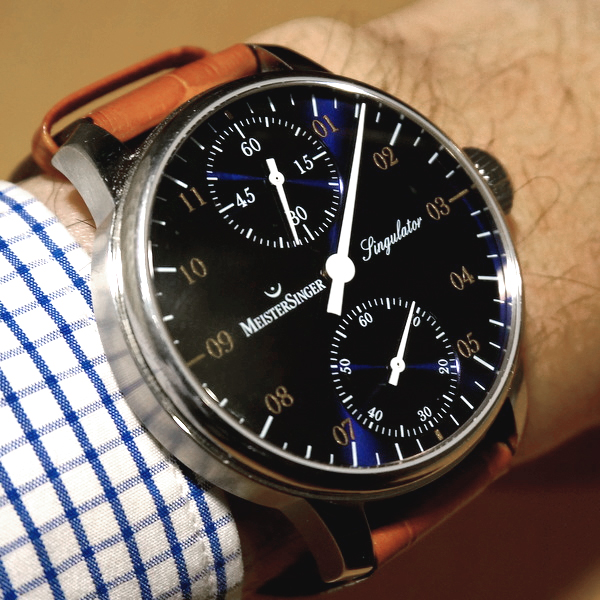 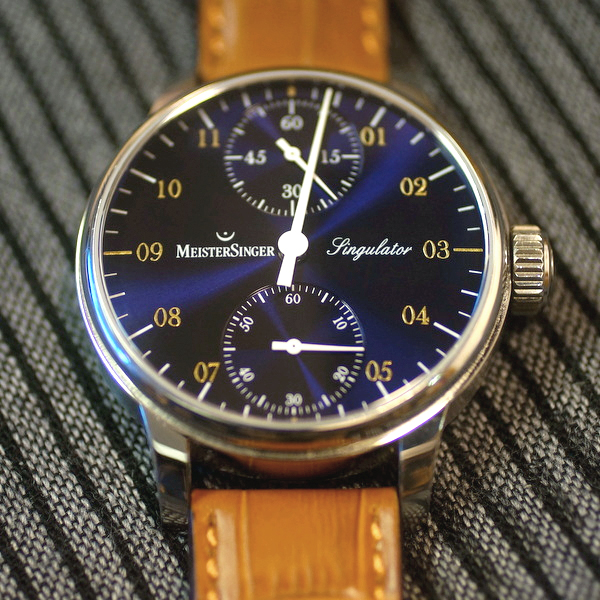 What do you do when your brand philosophy limits the kinds of things you can do with your watches?

That is the question I asked myself when I pondered Meistersinger’s position as the flag-bearer of the single hand concept in the world of watches. Aside from creating more single-hand watches, what can you do to evolve the concept further ?

To those who may not be familiar, a regulator watch is the kind where the functions of hours, minutes and seconds are separated and take their own place on a watch dial. The typical regulator layout is to have two small sub-dials, one at the 12 o’ clock position counting hours, another at the 6 o’clock position counting seconds, with a main single hand from the centre of the dial, counting minutes. Minor variations exist, but this is the typical way. 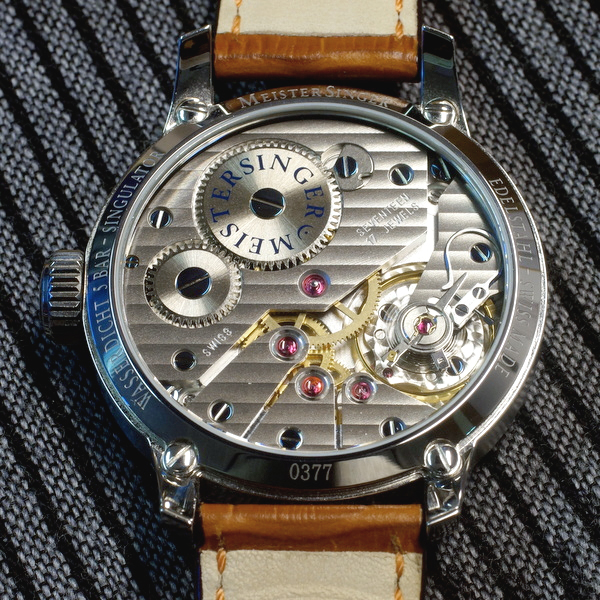 Some watch companies have a regulator or two in their collections. It’s not a very common style, but it exists, and most of the time, the regulator style is used in dress watches. It’s a love it or hate it thing and critics of the regulator often say that it is difficult to read compared to a normal three-hander.

No matter, I’ve always been partial to watches that attempt to display the time differently, and the regulator is one of those that are able to do this while retaining a modicum of respectability and class. The symmetry of the dial is a characteristic that imparts a classical feel to most regulators, with the attachment point of the hands aligning in a straight path down the middle. 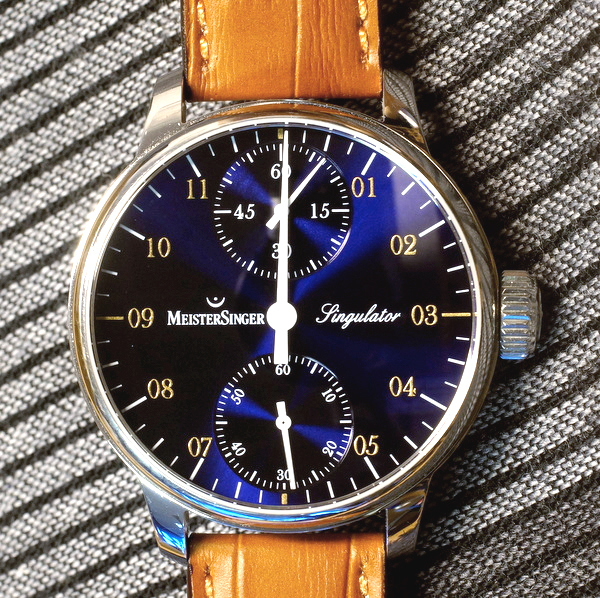 Therefore, when I first saw the Singulator, I was attracted immediately. More than that, I was struck by how beautiful and well proportioned it was from a distance, on the wrist of a Meistersinger representative at the recent Salon QP. From a design standpoint, I thought this to be the Meistersinger that seemed to have it all. It had a nice heft, coming with a slightly thicker case, a good wrist presence, classical style and a nod to the single hand concept of the brand.

I had assumed on this basis that the Singulator was a typical regulator, and that Meistersinger had made one because it seemed to speak to the single hand idea of their watches. Having it under review and looking at it closer however, it was not long before I realized that Meistersinger’s conception of a regulator is very different. In fact, what they have done is to fit the regulator look into their brand philosophy and that was totally unexpected… (more »)