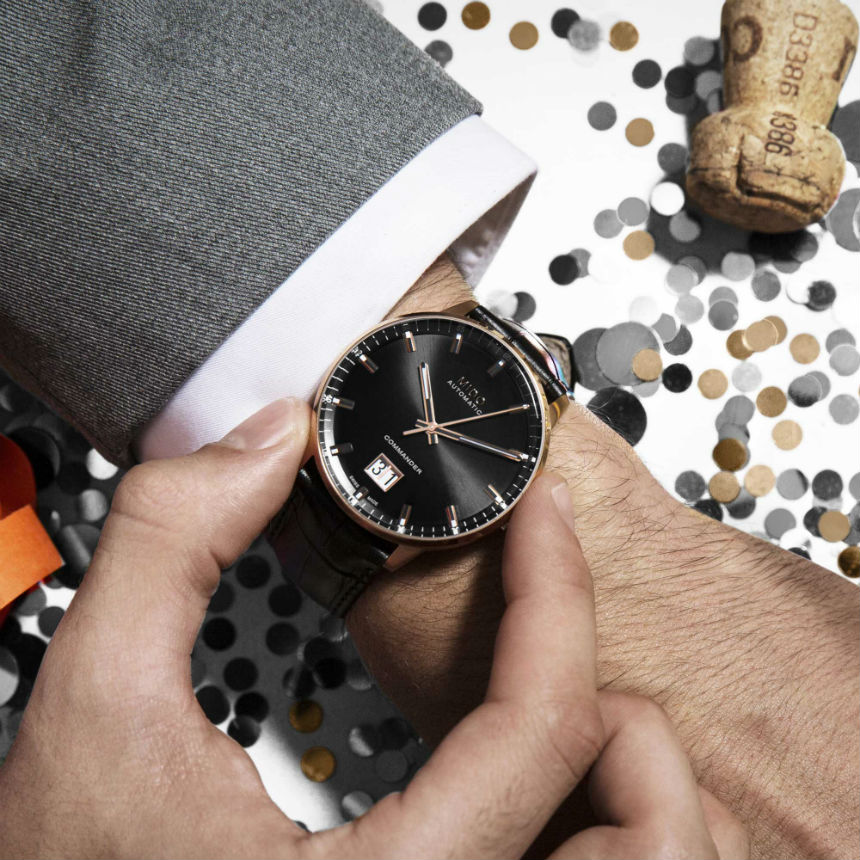 Mido is something of an underdog in the Swatch Group, possibly due to a long period of a lack of cohesive brand image or identity. Rarely will someone see a Mido on the wrist of a friend or colleague and instantly recognize the model, for instance. Lately, the brand has been working on remedying this and are now reminding us of their history going back a hundred years. They were founded on November 11th 1918, the same day as the armistice that ended the fighting in World War I. The Mido Commander Big Date is the brand’s latest release and celebrates their upcoming 100th anniversary, which is a rather clever name for a commemorative piece (the centenary is surely a “big date” for Mido, after all). 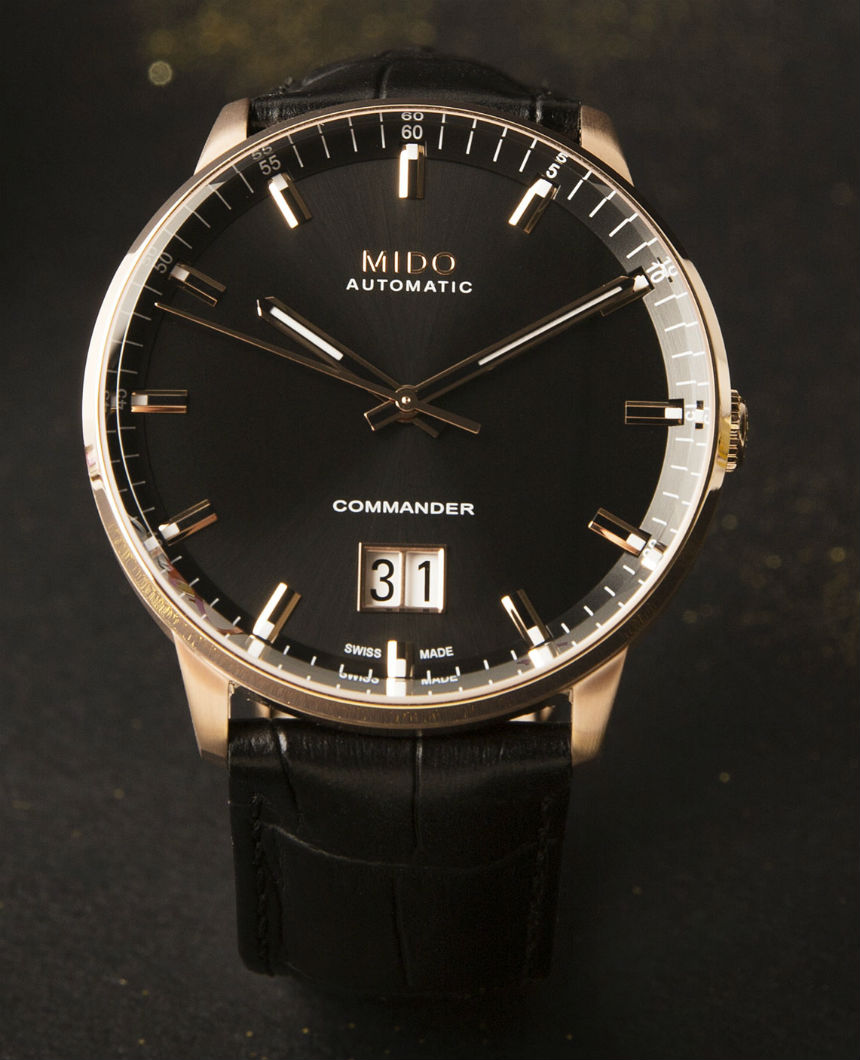 Mido has two main collections that are fighting to combat their lack of brand image, and will likely be what most watch enthusiasts think of when they hear the brand name. The first is the sporty Multifort, which was first released in 1934 and had some new versions debut in late 2017 (such as the Multifort Escape hands-on here). The second is the more traditional Commander collection, which followed a few decades after the Multifort in 1959 and has been produced without interruption ever since. Earlier watches in this collection have included the Commander II and Great Wall (covered here) and the Commander Icone (hands-on here), each of which have featured day-date complications. Many were COSC-certified chronometers as well. 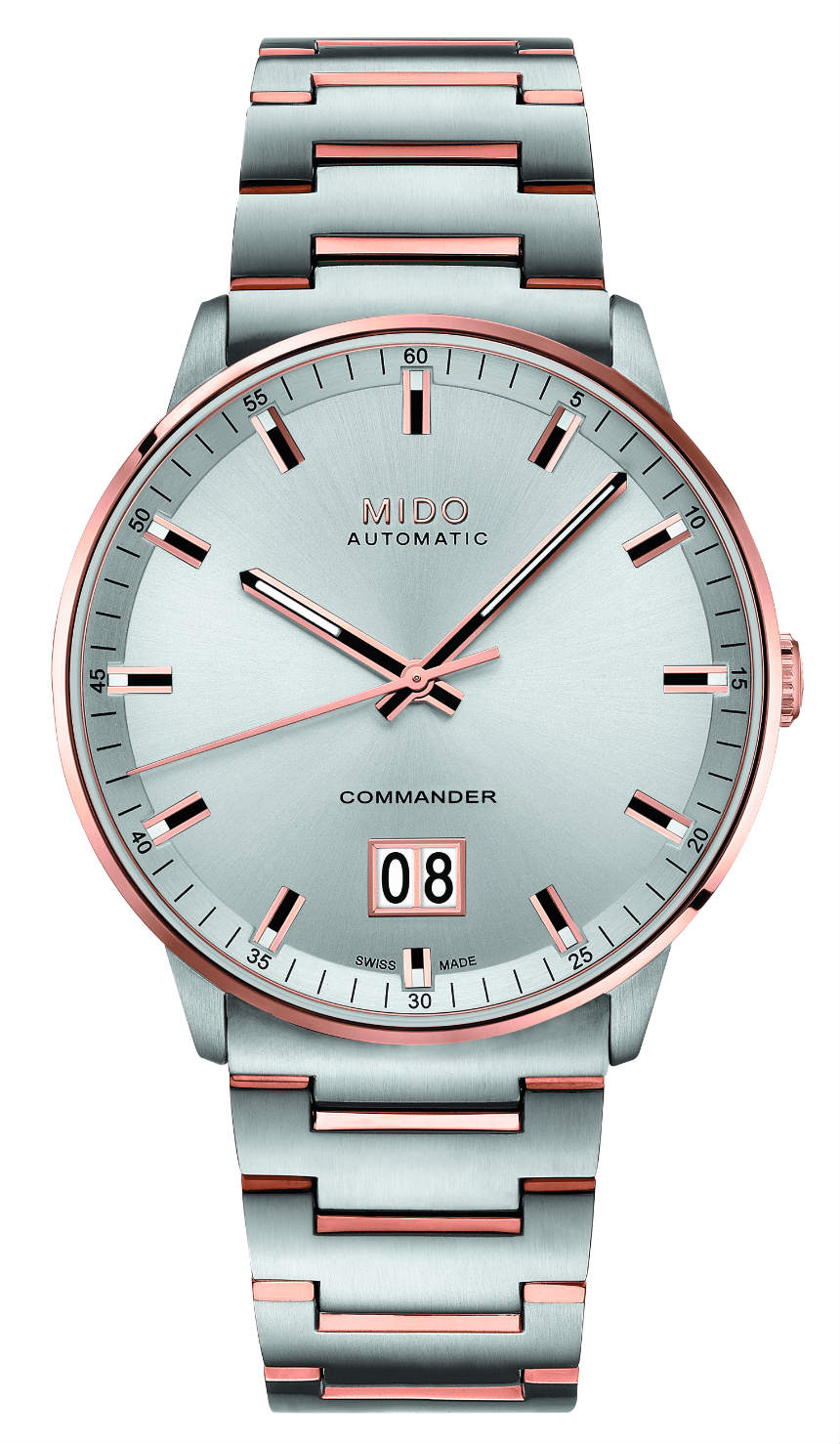 The Mido Commander Big Date is notably different from these earlier models in several ways. The first and most obvious change is the move from a day-date complication to a big date at 6 o’clock, which uses two rotating discs to display the date rather than one. This increases legibility and aesthetics of the date display and is a slightly more complex mechanism. The dial of the Mido Commander Big Date is also a fair bit cleaner than its predecessors, omitting the “datoday” text from 9 o’clock and the “Chronometer” text from 6 o’clock. Yes, that means that this version does not feature a COSC-certified movement, and there are more changes under the hood beyond that. 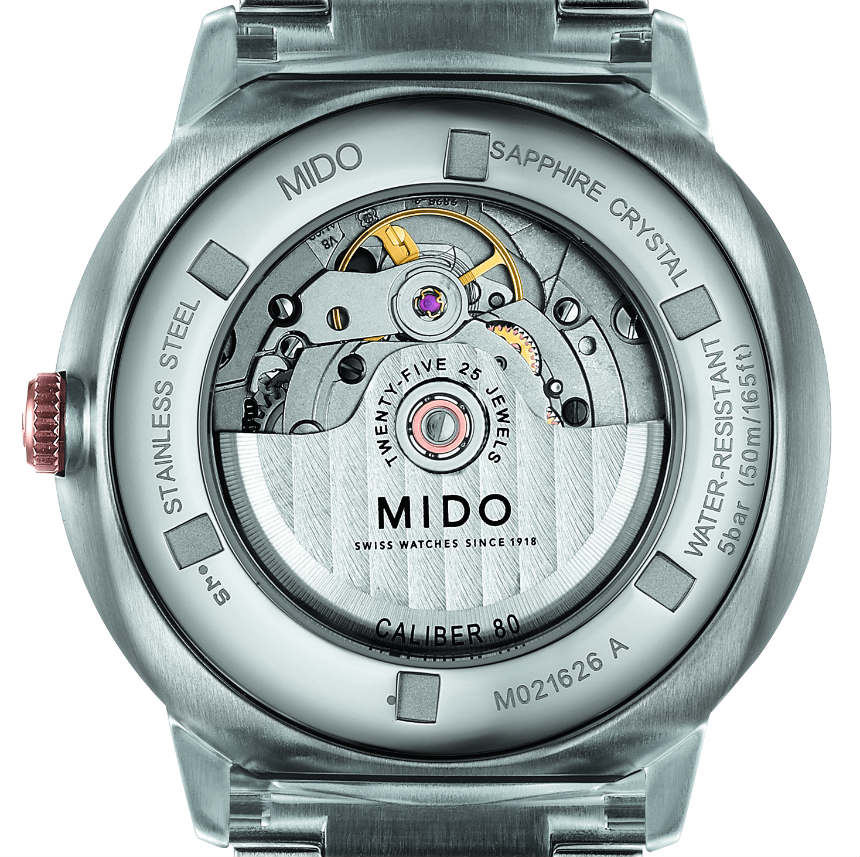 Although the Mido Commander Big Date still says “CALIBER 80” on its oscillating weight, this is not quite the same movement used in previous Commander watches which offered the Caliber 80 Si. This movement is a Mido-branded ETA C07.651, which is an evolution of the previous C07.821 (itself a modified C07.111 or “Powermatic 80” as it’s known in other Swatch Group brands). These calibers share some similarities; both offer 80 hour power reserves, oscillate at 21,600vph or 3Hz, and have a visually similar architecture. But some changes have been made in this iteration as well. 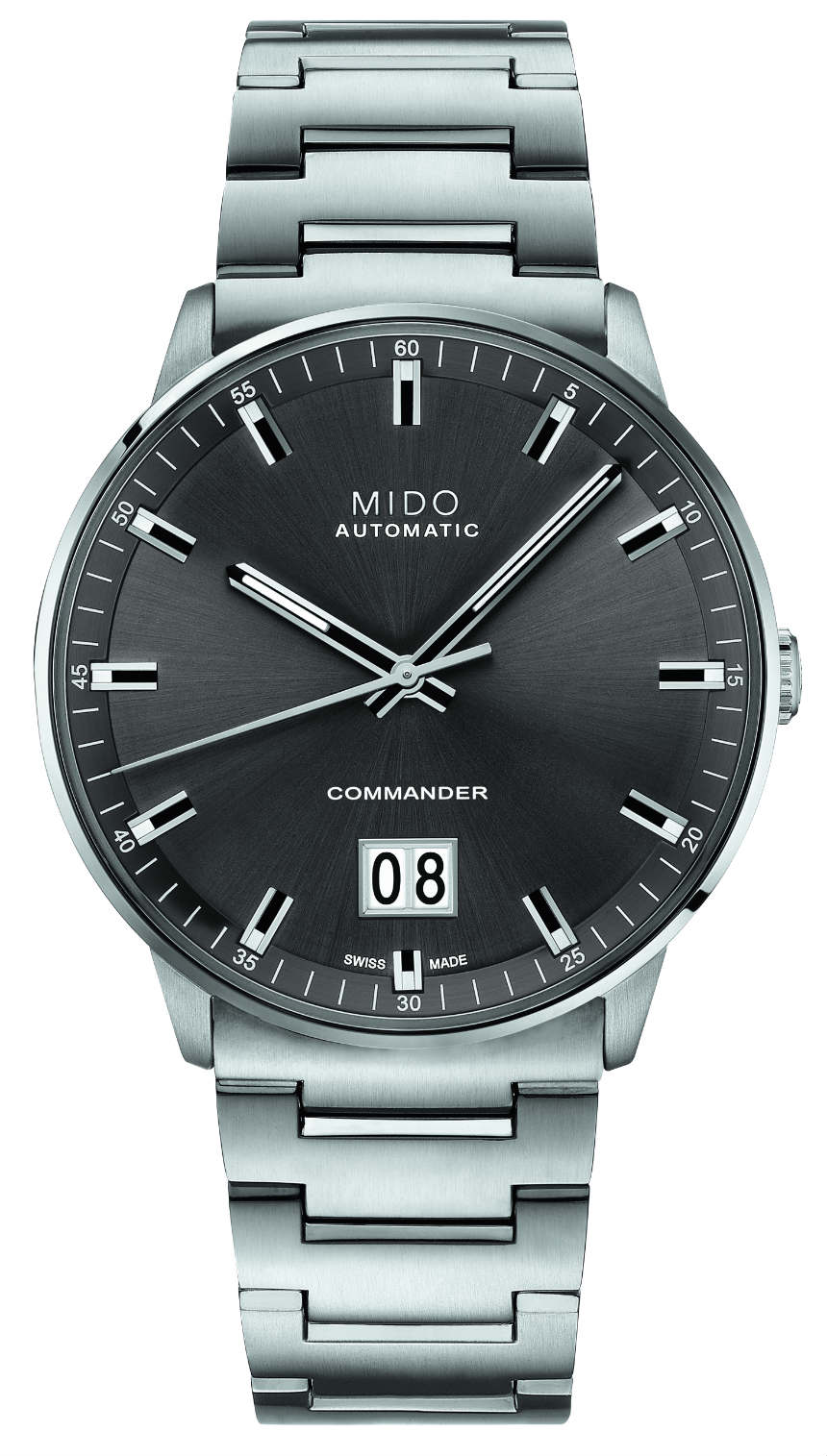 The C07.651 caliber being used here features a new balance spring which Mido is calling the “ELINCHRON II,” which appears to not be made of silicon judging by the omission of “Si” from the branding. While the oscillating mass is still decorated with Côtes de Genève, the rest of the movement appears to have a plain sandblasted finish, another downgrade from previous iterations of the Caliber 80 Si. Lastly, this caliber is Elaboré-grade rather than Top or Chronometer, which explains the lack of COSC certification. These changes may be cost cutting measures to keep the price tag of the Mido Commander Big Date as attractive as possible. 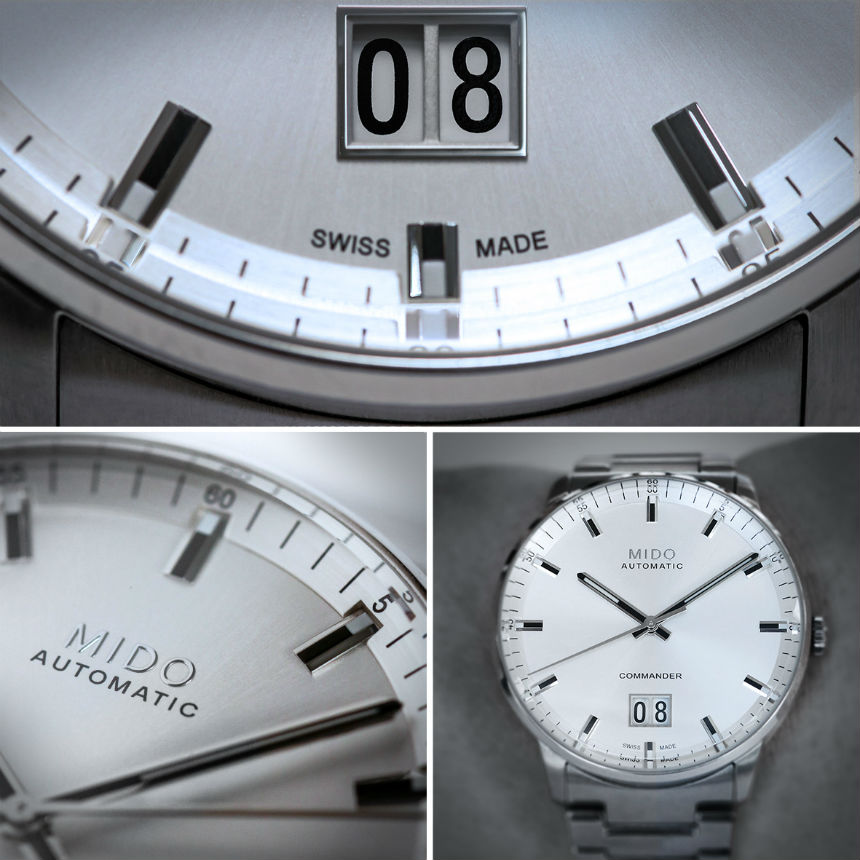 Visually, the Mido Commander Big Date is otherwise very similar to its predecessors, which is a good thing for a “pillar” collection the brand is trying to build an identity around. The hands and indexes are baton-shaped and feature a thin strip of white Super-LumiNova for night legibility. The watch face is covered with a domed sapphire crystal which features a facet near the perimeter of the dial, adding some visual interest but also detracting somewhat from the legibility of the minute track. The dial is sunray satin-finished, which should create some play of light without being too ostentatious. The lugs and crown are both very minimalist and discreet, which adds to the elegance of the design but might also make manually winding the watch difficult. Although, with an 80 hour power reserve this won’t be a problem for most owners who wear the watch with any regularity. 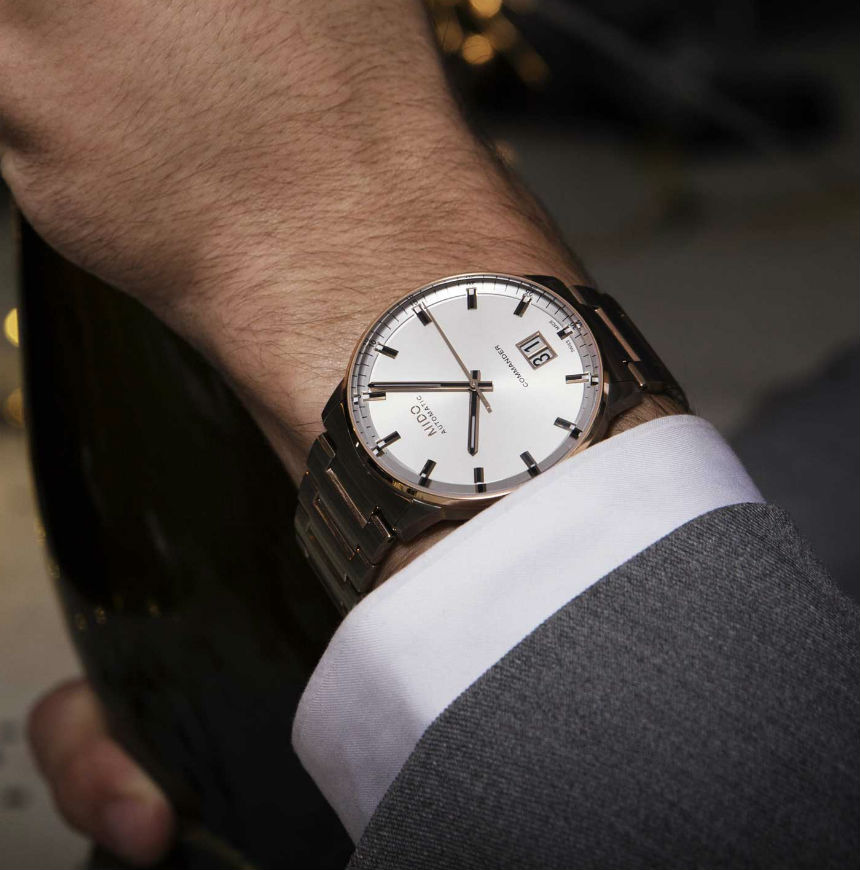 The Mido Commander Big Date features a 42mm case made of 316L stainless steel, which is slightly larger than my preference for a dress watch but is very much on-trend with the movement towards larger men’s watches. The case is satin-finished for the most part, with a polished bezel to enhance the dress watch styling. The exhibition caseback is also sapphire, although the movement being displayed within isn’t quite as visually appealing as the previous Mido Caliber 80 Si. The case is water-resistant to 5 Bar (approximately 50m), which is more than enough for typical dress watch duties. 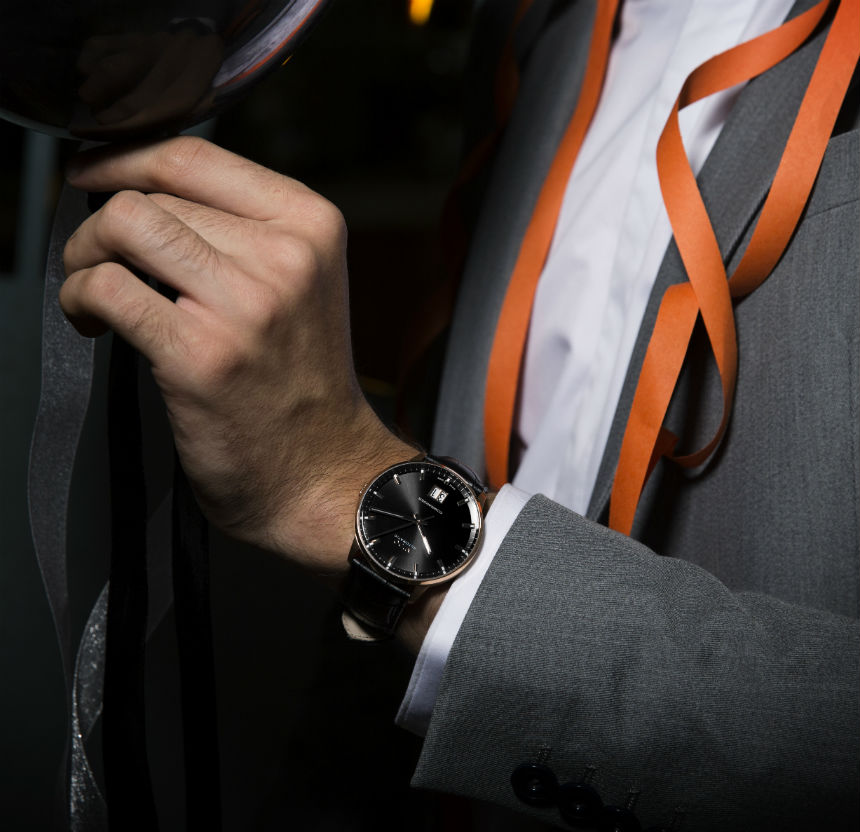