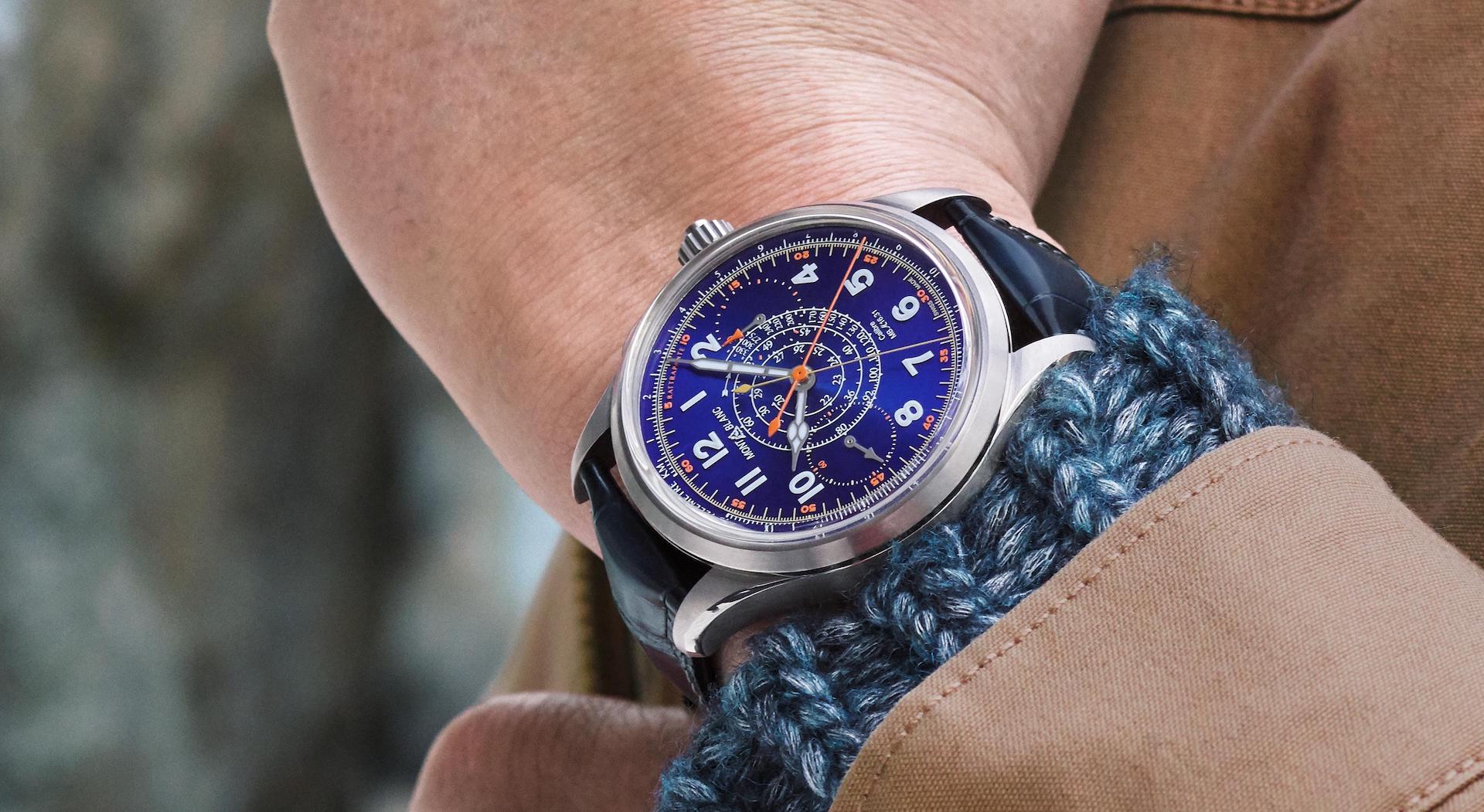 For 2020, Montblanc offers an interesting new limited edition of its Montblanc 1858 family (and from Montblanc Minerva factory) that mixes old and new. The watch is the Montblanc 1858 Split-Second Chronograph Limited Edition 100 (reference 126006), and it introduces a sporty execution of this typically more conservative, traditional-style timepiece. While the inspired, in-house-made split-second monopusher-controlled chronograph movement isn’t new, housing it in a titanium case is, along with the attractive “icy blue” dial and orange-colored accents that Montblanc devised for this particular limited edition — and a color theme (at least the blues) that we will find in other new Montblanc watches for this year.

Split-second chronographs are among the more elite of the high-complication mechanical watches out there, not due to sheer complexity but more related to the skill and time required to assemble them. That said, they don’t add too much functionality given today’s modern digital instruments. The Montblanc Minerva Swiss Made caliber MB M16.31 manually wound movement is why someone comes to this timepiece’s show, and it is displayed through the rear of the watch in its fully-decorated glory. The bold-sized case is 44mm-wide and 14.5mm-thick, but will be naturally light on the wrist thanks to the grade 5 titanium case material. The dial’s deep blue is produced from a traditional grand feu enameling technique, which should make this watch face really visually pop in person. 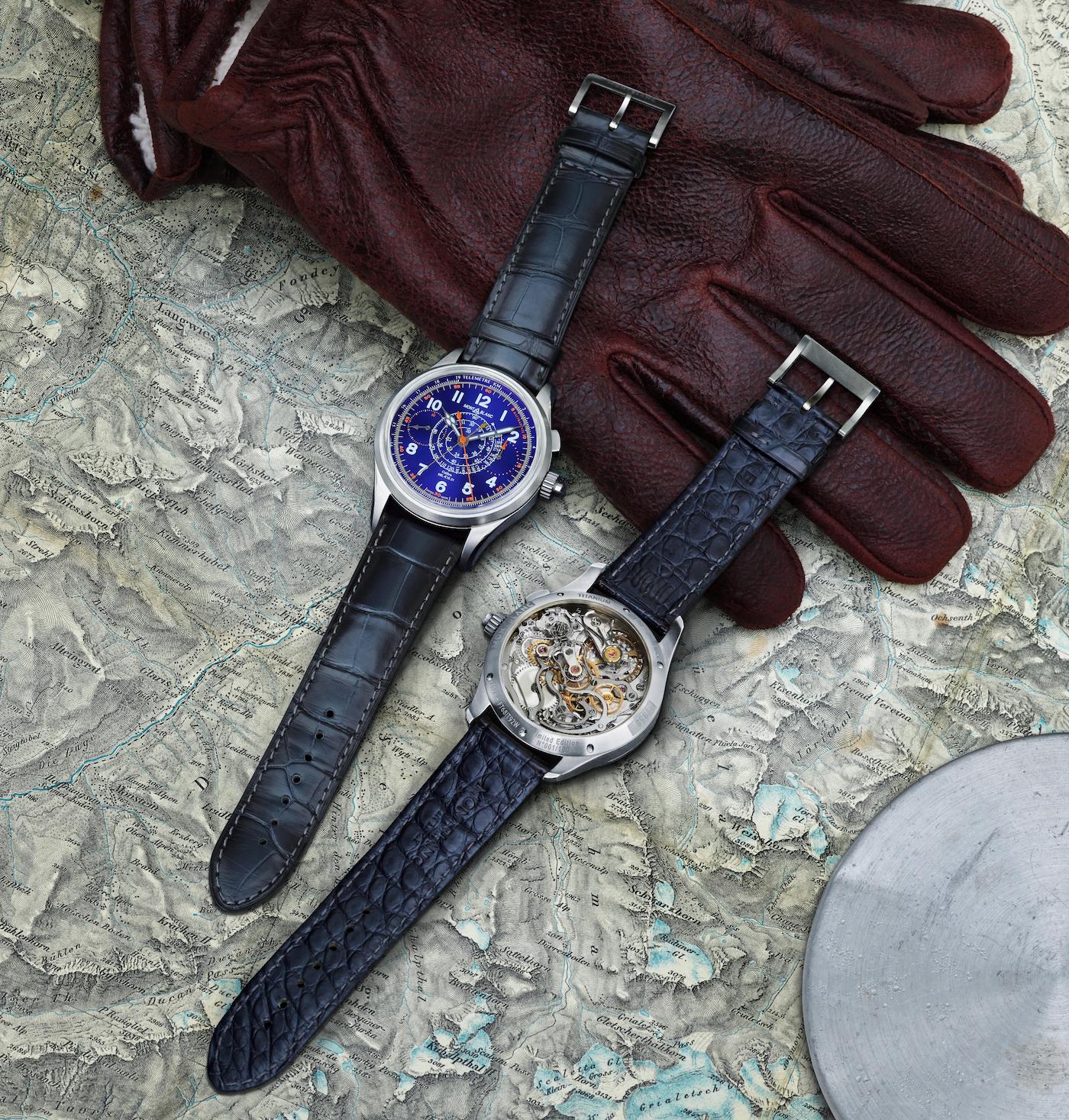 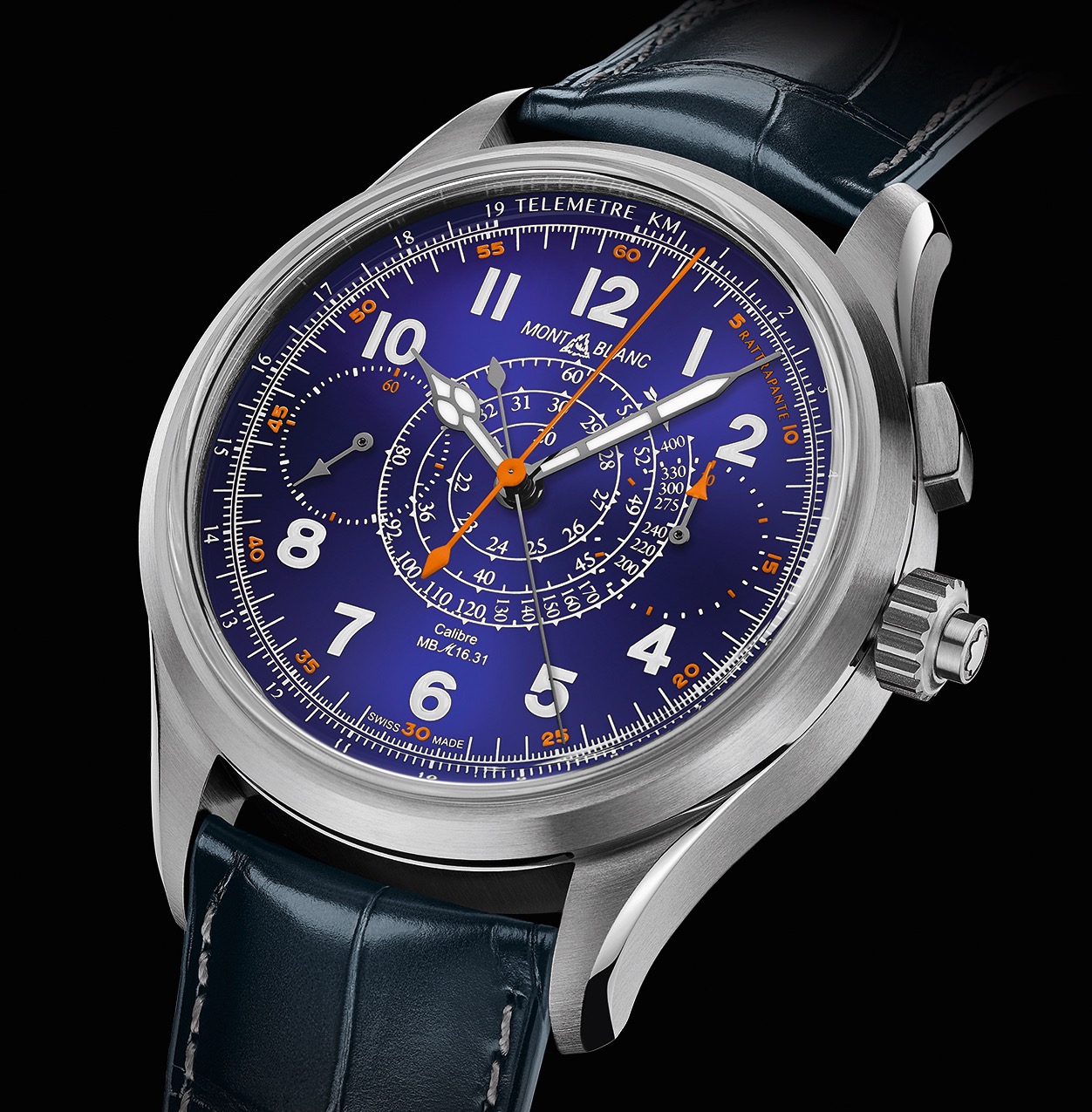 For a number of years now, Richemont’s Montblanc has formulated and reformulated its watch department. The company went from primarily producing writing instruments to watches, along with a host of other goods including leather items and fragrances. At the top of horological ladder at Montblanc are its “Montblanc Minerva” watches, produced at the former Minerva factory (owned by Montblanc) in Villeret, Switzerland. Montblanc has experimented with its Minerva factory watches being ultra-complex exotics down to good old fashion retro-style watches such as the Montblanc 1858 Split Second Chronograph — only they are edging in a more fashionable and modern direction with the “ice blue” edition.

Even at 100 pieces, this is a nice product given its price point, but few will argue that Montblanc has anything but a very special-looking and satisfying watches given the timeless design. Montblanc is entirely channeling the appeal of long-obsolete chronograph timing watches, of the type once produced by Minerva, that are today better decorated and given a host of luxury trimmings such as a designer dial and watch strap. The fashionability of this traditional design with its shiny blue dial aside, watch collectors can rally around the beauty of the movement and the rarity of a split-second chronograph. That said, given its prestigious cost and the delicate nature of just such a movement, I think the actual sportiness of this watch will be aspirational at best, given that most people wearing one of these $35,000-plus limited-edition watches will hardly want to get them wet or the titanium case scratched. 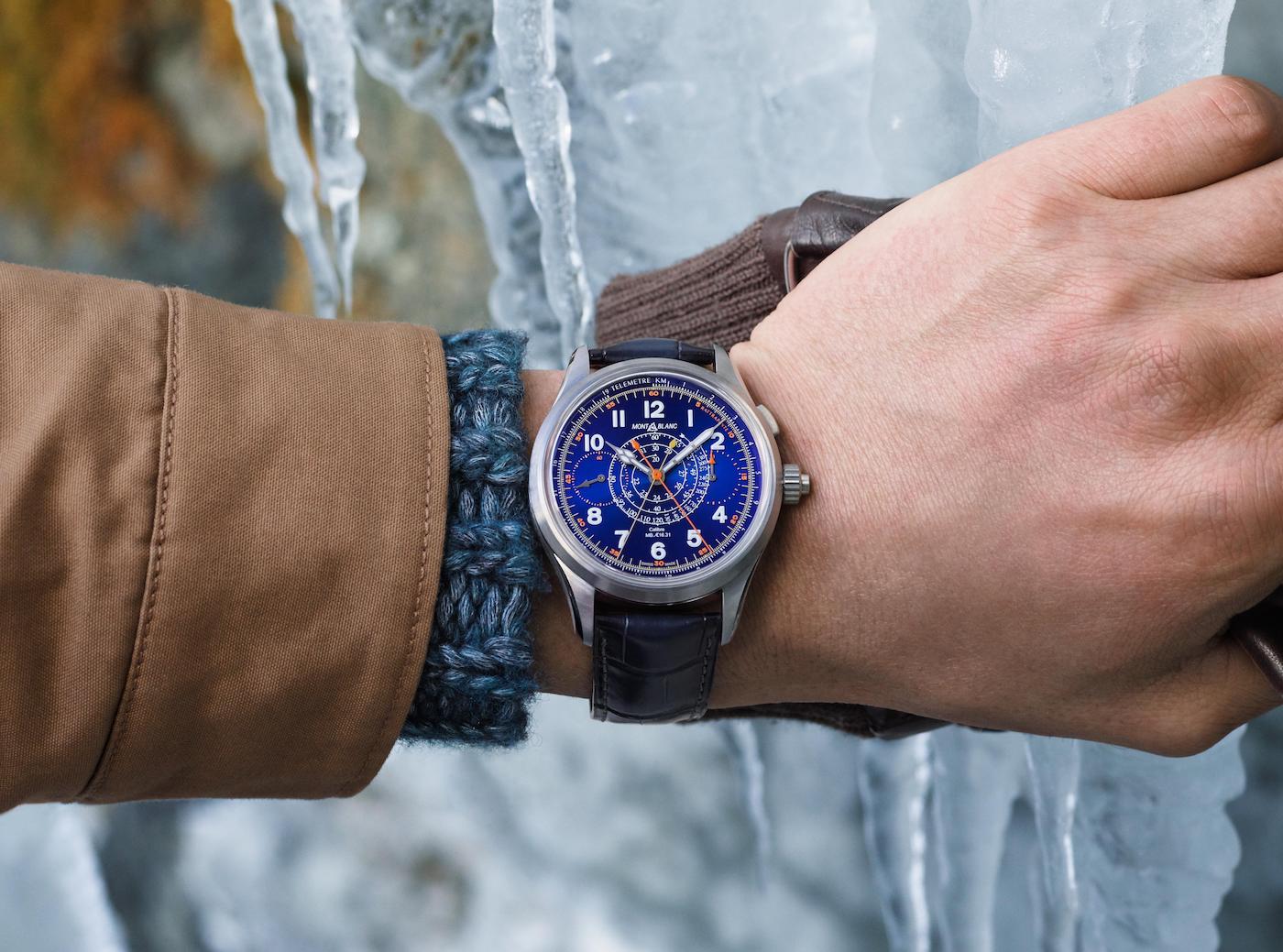 In all, this is a beautifully discreet and friendly-looking high-luxury timepiece for those collectors who like the idea of flying under the radar and personally appreciating the view of the movement when they take the watch off of their wrist. The large titanium case is well-finished and probably light on the wrist, and the dial a paragon of excellence from a forgotten age, rendered for enthusiasts today. Nearly no one handling one of these watches will use the split second chronograph for anything but amusement, but that’s the benefit of being able to afford yesterday’s scientific tool as today’s fidgeting instrument. I’m not sure that this watch alone will further promote the appeal of Montblanc’s prestigious Montblanc 1858 collection members from Villeret, but it should keep fans of the timepiece family occupied while Montblanc and the rest of the watch industry determines what markets will be most interested in their watches in the coming year. Available for $36,000 USD at the brand’s website.