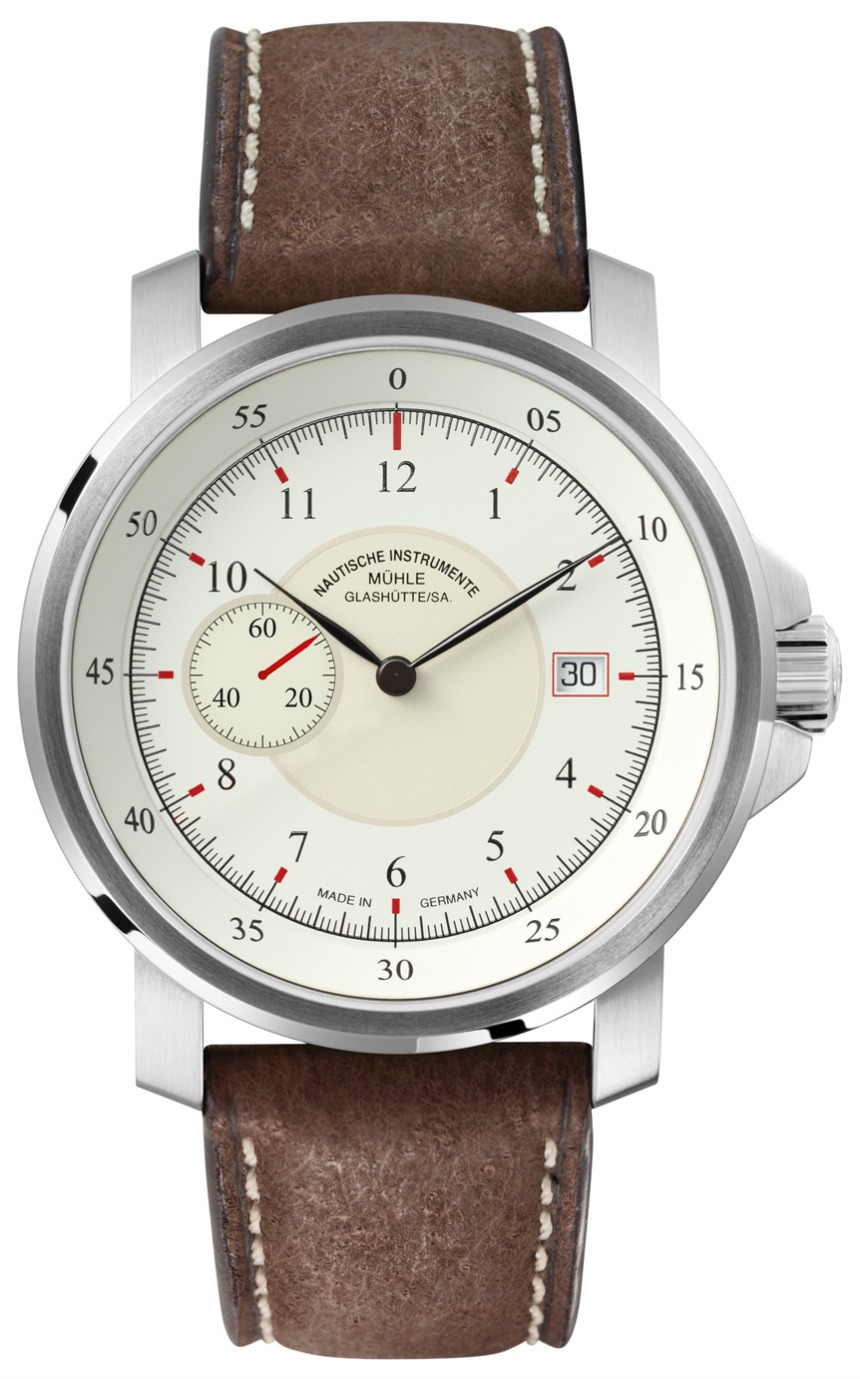 Ready for some new “Glashutte crack?” That is the term I just came up with to describe a fresh, difficult-to-resist, German tool watch from Glashutte. This one is from Muhle Glashutte is the new Small Second version of their popular M 29 Classic watch. Inspired by a historic Robert Muhle instrument, the M 29 Classic is really just that, an instrumental-inspired wrist watch that is elegant, yet satisfies your utility hunger.

When looking for something simple, clean, and Germanic, I have to say that I am much more drawn to designs such as this than say, the popular Bauhaus look that people look for at Nomos. The neighborhood competitors make a fine watch, but it is difficult to beat the sheer functional DNA that a piece like the M 29 Small Second watch has. I don’t even think pieces were ready by the time these pictures were released. Look closely and it appears that someone took an image of the standard M 29 with a central seconds hand and digitally changed it to make space for the subsidiary seconds (small second) hand. 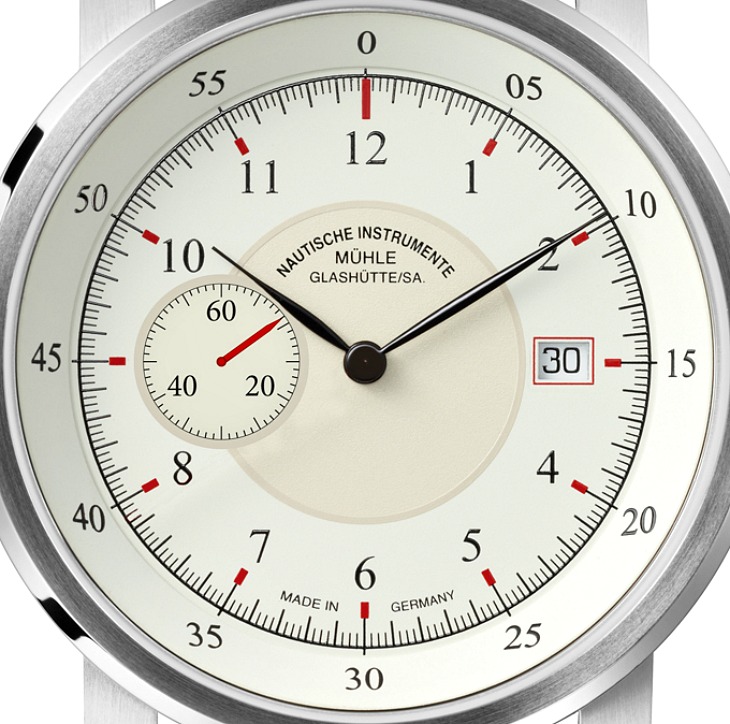 The dial will likely be available in a few colors and here is shown in off-white with red accents and those clean black hands. I love the very straight-forward dial with the inner hour markers and outer minute markers. The small seconds dial balances with the date window and even though the M 29 Small Second is similar to the standard M 29, it offers a welcome additional flavor. Size on the wrist is a generous 42.4mm in width for the polished and brushed steel case. The substantial lugs and crown protectors give the watch a serious feel that allows it to look like a serious tool versus some skinny dress watch.

Inside is a base Swiss Sellita SW290 (built on the SW200) automatic movement with some Muhle Glashutte enhancements. These include their “woodpecker neck regulation, and special automatic rotor. The M 29 isn’t a sport watch, but isn’t a dress watch. Rather, it has a more “academic” feel and we appreciate its sincere utilitarian purpose for existing. Price is about $2,250 – $2,400 depending on whether the Muhle Glashutte M 29 Classic Small Second comes on a leather strap or metal bracelet. muehle-glashuette.de