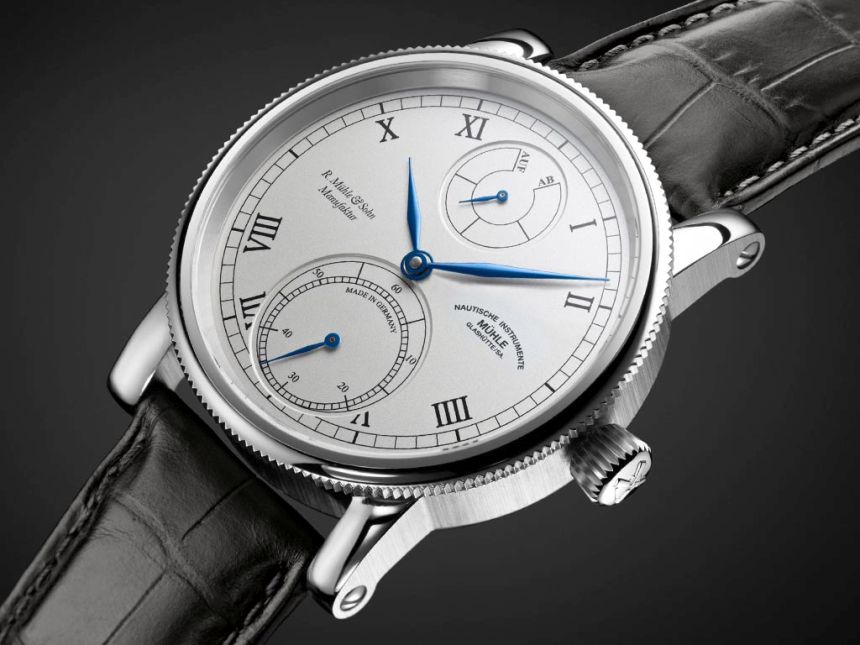 It is not uncommon for us these days to read of a brand celebrating its history, be it 10 years or 100. Oftentimes, that takes the form of a new watch being released that draws inspiration from (or is perhaps just a re-release of) something from back in the archives. On the other hand, brands can go a different direction, as we see with the Mühle-Glashütte R. Mühle & Sohn line-up.

Now, if you are familiar with the brand, you might know that 2014 marks the 20-year anniversary of the brand being revived by Hans-Jürgen Mühle. Interestingly enough, it is also 145-year anniversary of when the brand was first founded by Robert Mühle. With this unique double-anniversary in the making, Mühle-Glashütte wanted to do something special. 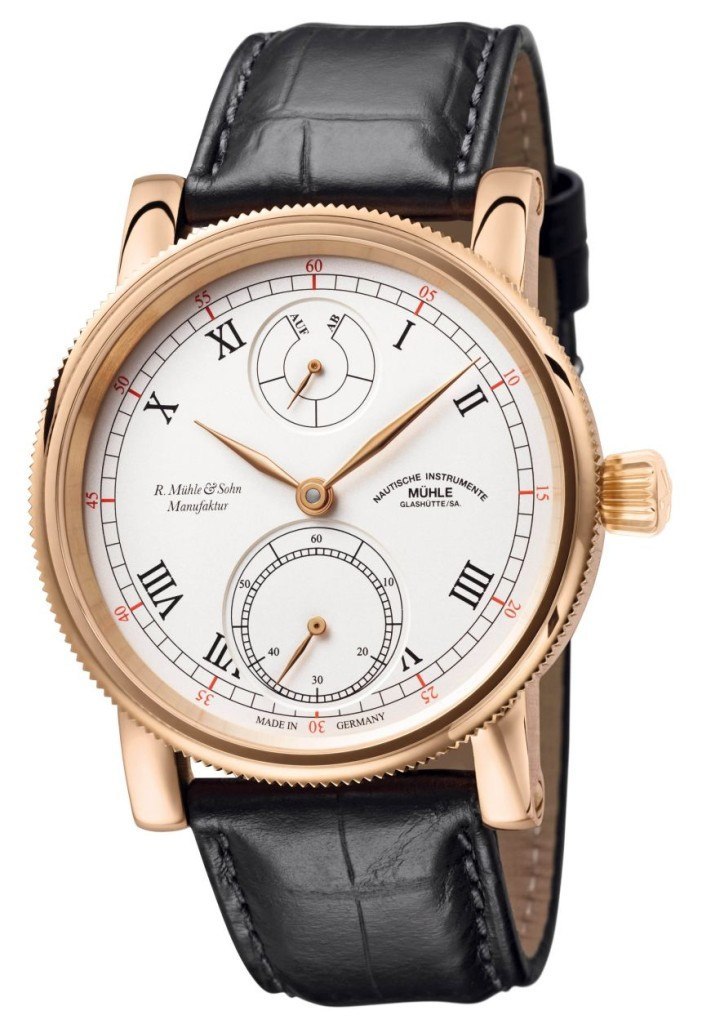 Rather than just diving into their archives and reproducing something, they created with the R. Mühle & Sohn a new line that features some interesting movements. For the initial lineup, there are three watches – the Mühle-Glashütte Robert Mühle Auf/Ab (20 pieces in gold, 145 in steel) and Mühle-Glashütte Kleine Sekunde (also 145 pieces).

The three pieces are fairly similar to one another, all featuring the same 44mm case and similar dial layouts. For the Mühle-Glashütte Robert Mühle Auf/Ab (which stands for up/down, and indicates the inclusion of the power reserve meter at 12 o’clock), they have gone with a dial design that mimics those found on the early pocket watches produced by the brand. To further that effect, they have put several layers of varnish on the dial to give an enameled look to the piece. 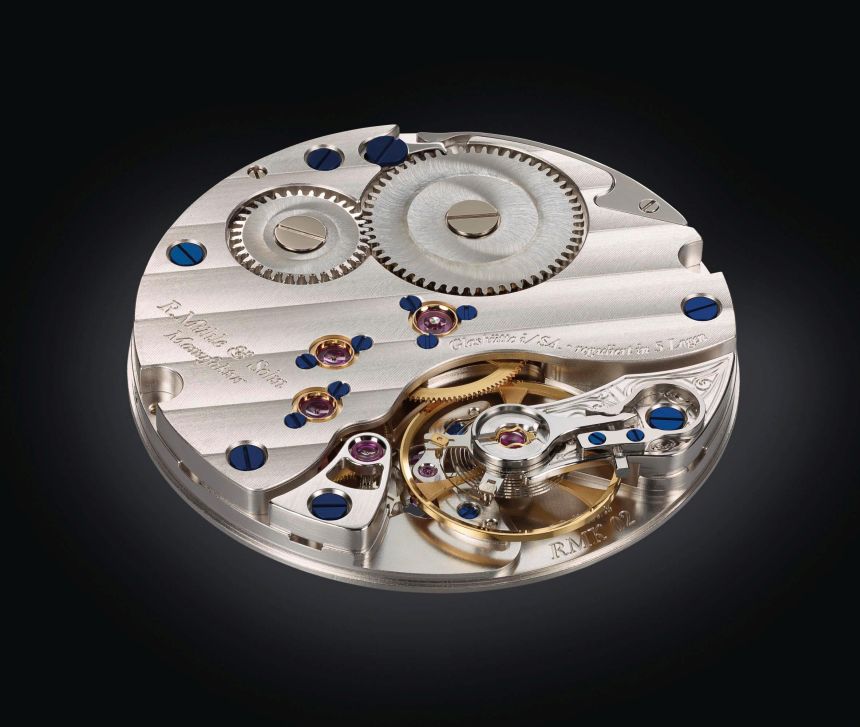 The gold variant of the Mühle-Glashütte Robert Mühle Auf/Ab has a rose gold case with a matching handset; while the steel version opts for blued hands. Around the back of both models, you can see the new hand-wound RMK 01 movement, complete with its less-common 3/5 plate and woodpecker neck regulator. Of these two models, I find the steel model the most compelling, though I must admit to not understanding the offset circle around the sub-seconds dial. Perhaps it is something from those original pocket watches, but it just looks odd in the context of the whole dial.

On the other hand, the Mühle-Glashütte Kleine Sekunde drops that odd detail, and presents, to my eye, a much cleaner design. There are other changes in the mix as well – Arabic numerals are swapped in for the Roman, and the movement inside is instead the RMK 02. Most of the specs of the movement are similar to the RMK 01, so my assumption is that it is the deletion of the power reserve indication that separates one from the other. 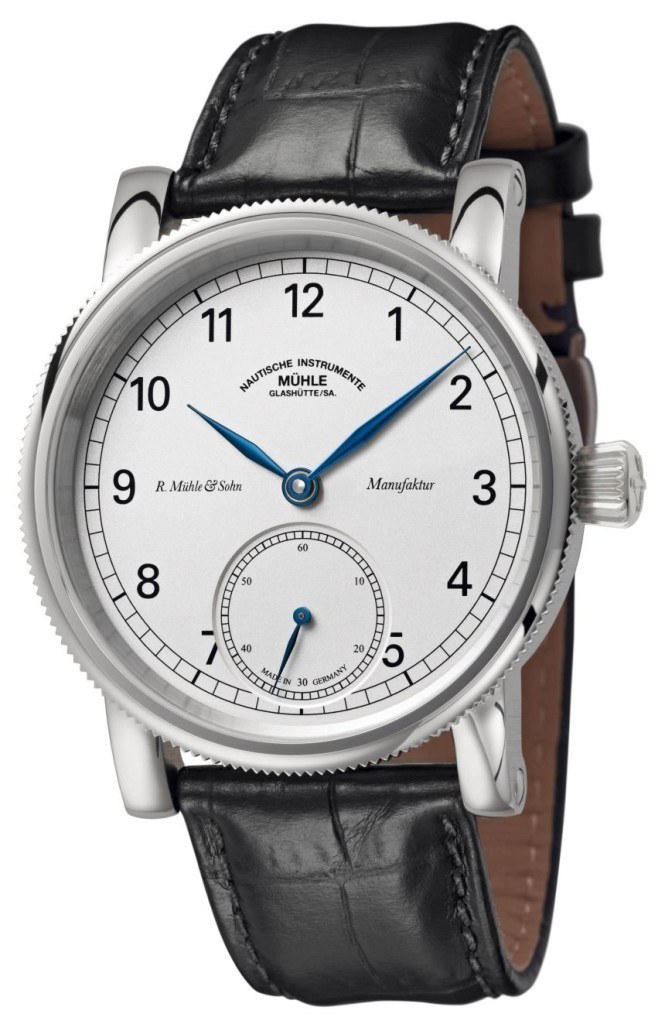 In the end, this is a cohesive collection as far as a unified design language is concerned, and I think it is an interesting take on celebrating a brand’s anniversary. I am also glad to see a new manufacture starting up, replete with a few new movements. It will be interesting to see what else they come up with, as variety certainly makes things interesting.

Even though the three watches in the Mühle Glashütte R. Mühle & Sohn line-up are limited in numbers, I think they will prove to be popular. They are clean, well-executed designs, and of course feature movements that we have not seen in any other watch as of yet. They are also proving to be a foray into luxury watch territory. The Mühle-Glashütte Kleine Sekunde will go for $6,500, while the steel Mühle-Glashütte Auf/AB will hit $10,000, with the gold Mühle-Glashütte Robert Mühle Auf/AB topping the range at $25,000. Are these premiums merited for the movements and new designs? Time will tell, but I think it is giving another good bit of variety in the segment. muehle-glashuette.de