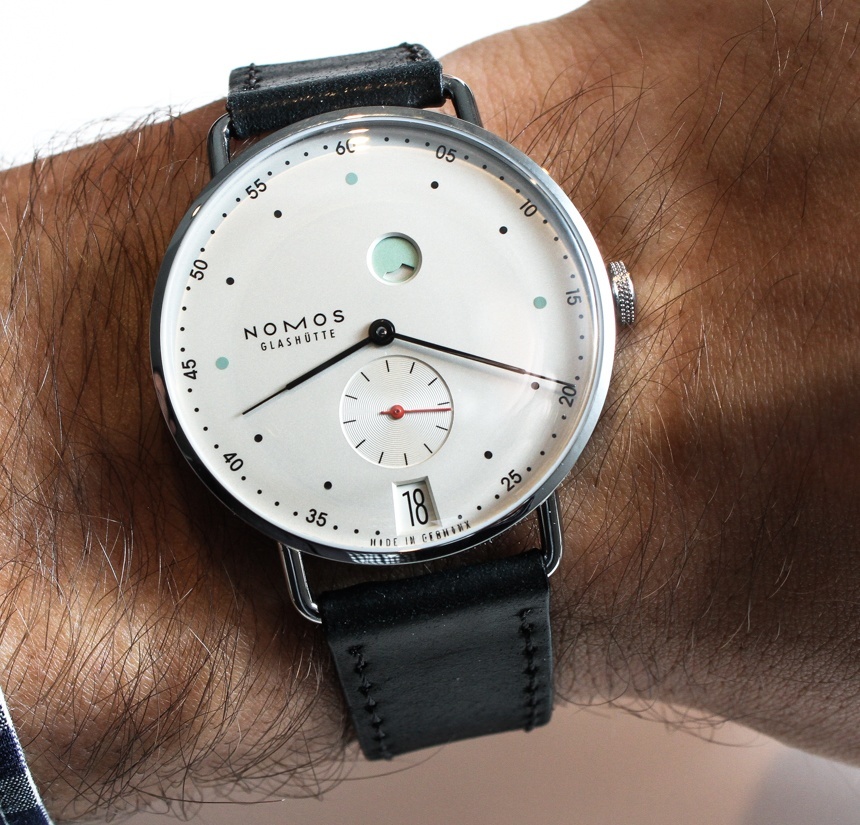 Nomos is a small German brand that is hell-bent on doing things their own way. They have a unique style derived from the Deutscher Werkbund movement and Bauhaus aesthetic and, since their birth shortly after the fall of the Berlin wall, they have stuck to their principles and developed an identify for producing distinctive and well-made watches that rely on an almost entirely in-house manufacturing process. 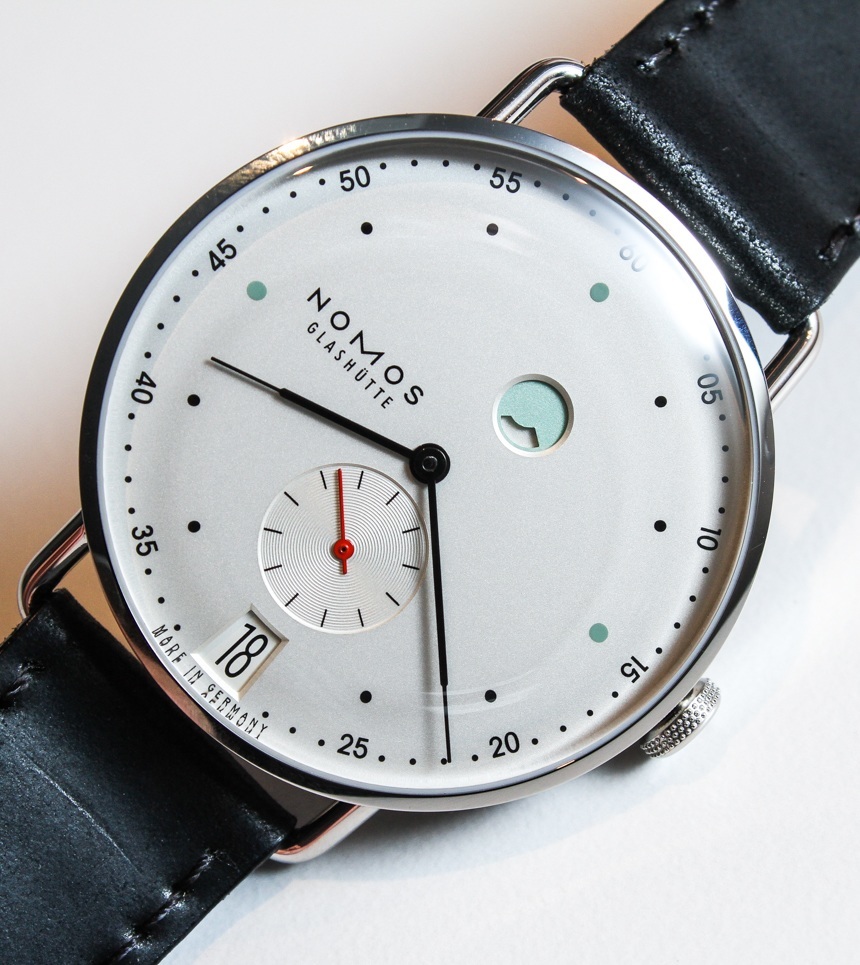 Last year, Nomos introduced the sport-ready Ahoi and 38 mm sizing for the Tangente, Ludwig and Orion models (I reviewed the Orion 38 here). This year, not only did Nomos show a new, dark blue version of the Ahoi called the Atlantik, but they also released the all-new and entirely noteworthy Metro. The Nomos Metro Datum Gangreserve (ref 1101) is a three-hander with a radial power reserve indicator, sub seconds and a date display at six o’clock.

While most Nomos models bear a number of similar design elements, the Metro manages a series of small changes that set it apart from their core line up. Between the inclusion of wire-style lugs, mint green details and a new hand style, the Metro is certainly a new direction for Nomos. The design can be credited to Mark Braun, a noteworthy Berlin-based designer that is now Nomos’ Head of 3D Design for Berlinerblau, their internal brand management and design agency. With the goal of mixing precision with elegance, the Metro’s thoughtful design is not just skin deep. 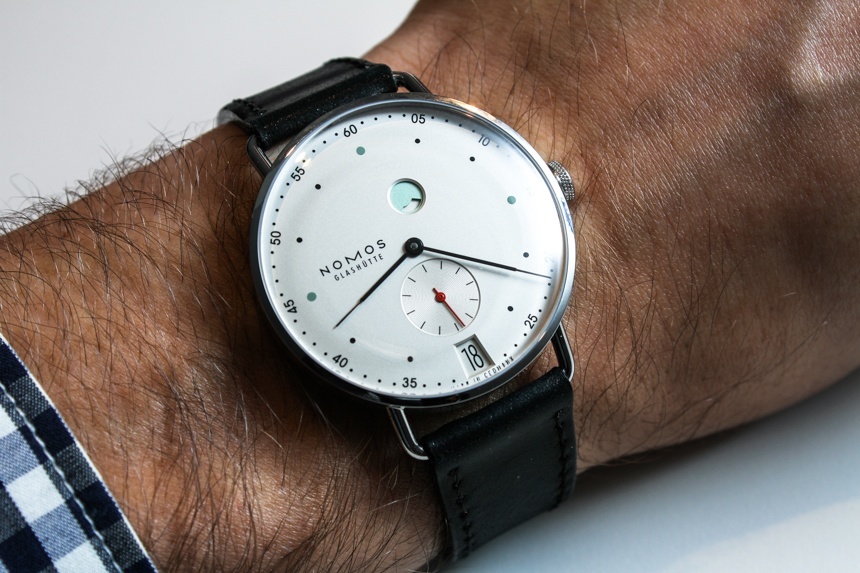 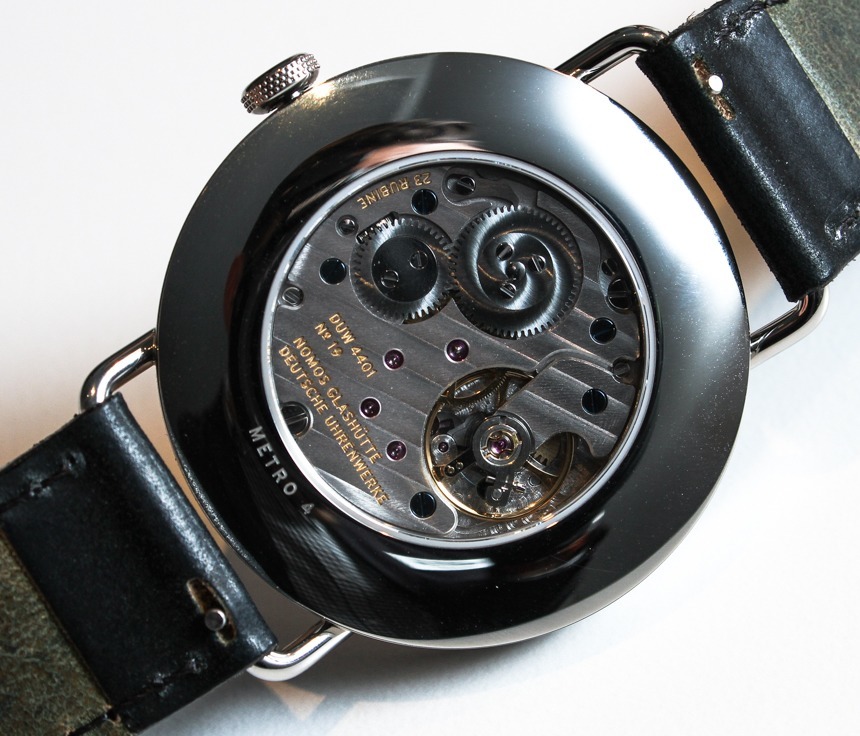 The Metro is one of Nomos’ first watches to feature their brand-new Nomos Swing System, which is part of a new line of movements under the DUW moniker. The Swing System is what Nomos is calling their new in-house assortment, the segment of the movement that includes the balance, balance spring, escape wheel and pallet. The balance spring is not produced by Nomos, but they have managed to contract production via a non-Nivarox source, freeing them of another tie to the Swatch juggernaut. Nomos will start by implementing the Swing System into all of their watches that feature a power reserve indicator complication and eventually into all of their movements.

Speaking specifically of the Metro, the movement used is the DUW 4401 and, aside from its in-house assortment, it employs 23 jewels and has a 42 hour power reserve. The DUW 4401 is essentially an updated version of Nomos’ Delta calibre, which is also hand-wound and features a power reserve indicator. Nomos has also created the DUW 4301, which does not have a date feature but is otherwise identical to the 4401. Nomos continues to be one of the single best value propositions for an in-house manufacture and, with the DUW 4000 series movements, they have claimed yet another piece of the production for their own. 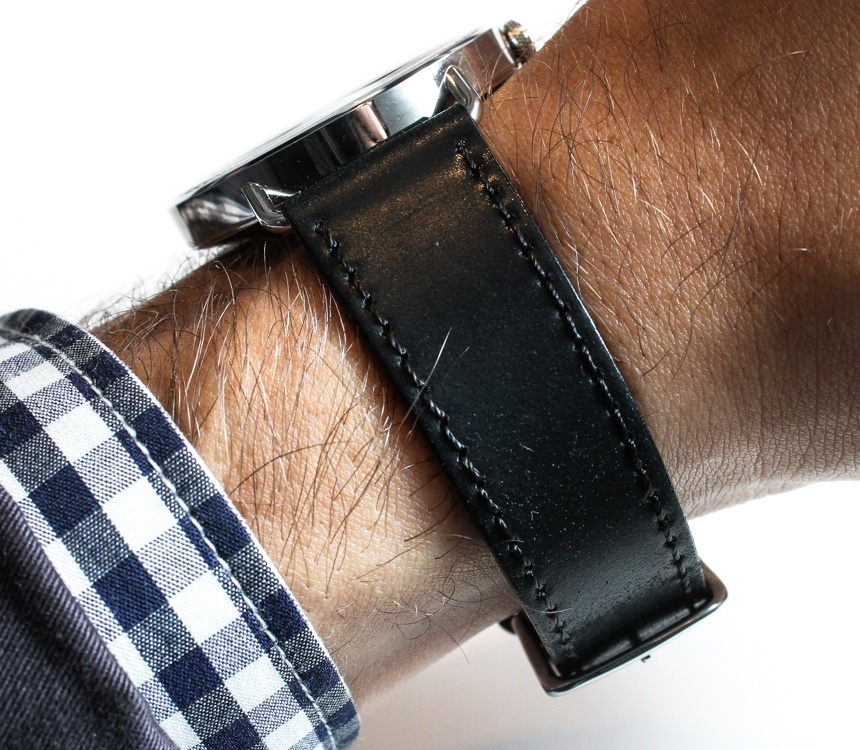