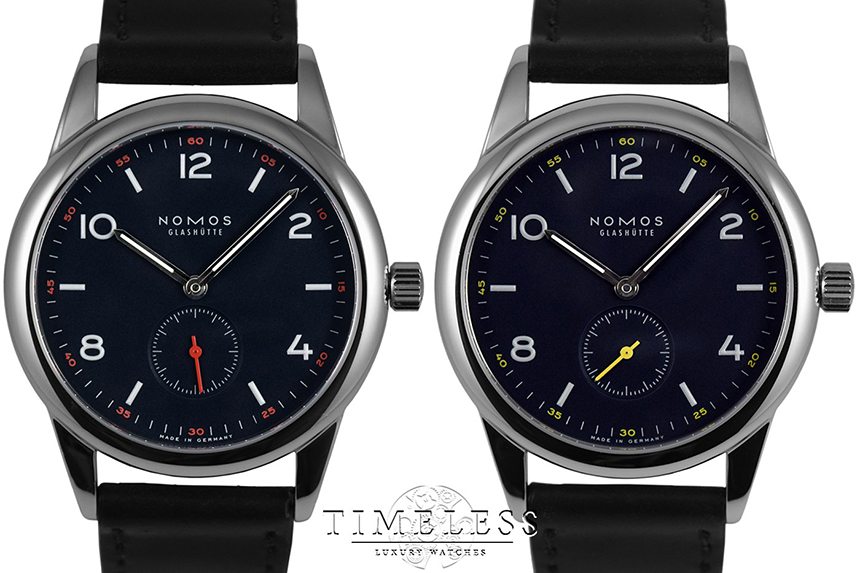 The situation was quite uncertain when we produced our first Nomos Timeless Club limited edition watch (here). It may not seem like much from the outside, but we spent months going through dozens of competing designs for a variety of watches. When we finally decided on what became the original Nomos Timeless Club watch, there was every risk that other watch collectors wouldn’t love it as much as we did.

But, as luck would have it, that wasn’t the case. The original Nomos Timeless Club sold out in only a few weeks. While we’re humbled that all of our limited editions have done well, none of them have received quite the persistent attention of the original Club watch. Even now, long after the last piece was pre-ordered and delivered, we routinely get requests for them. 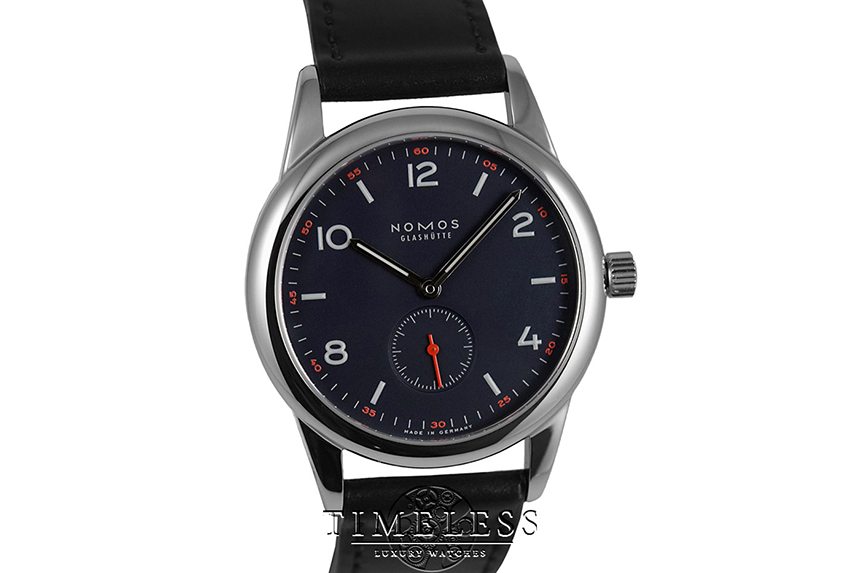 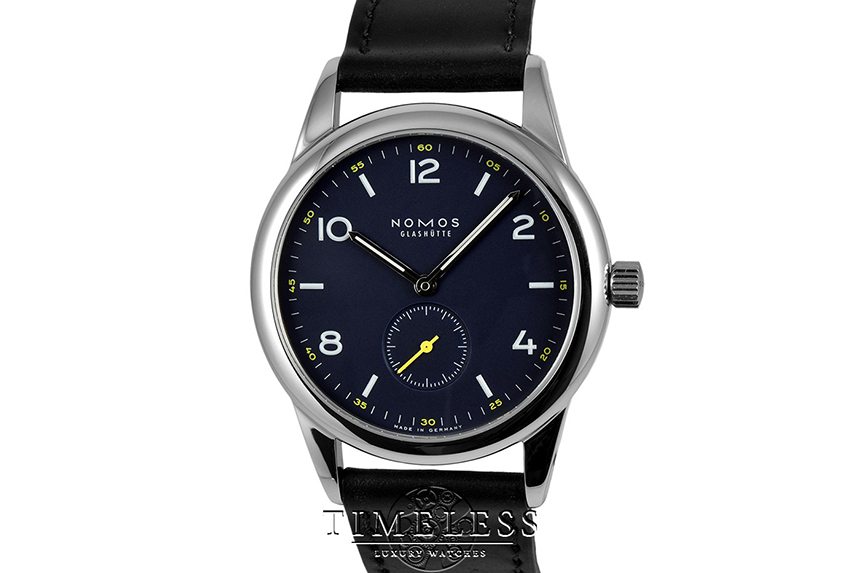 To decide that, we returned to the comments we received online and from our collectors. One request we frequently received was to produce a no-date version. 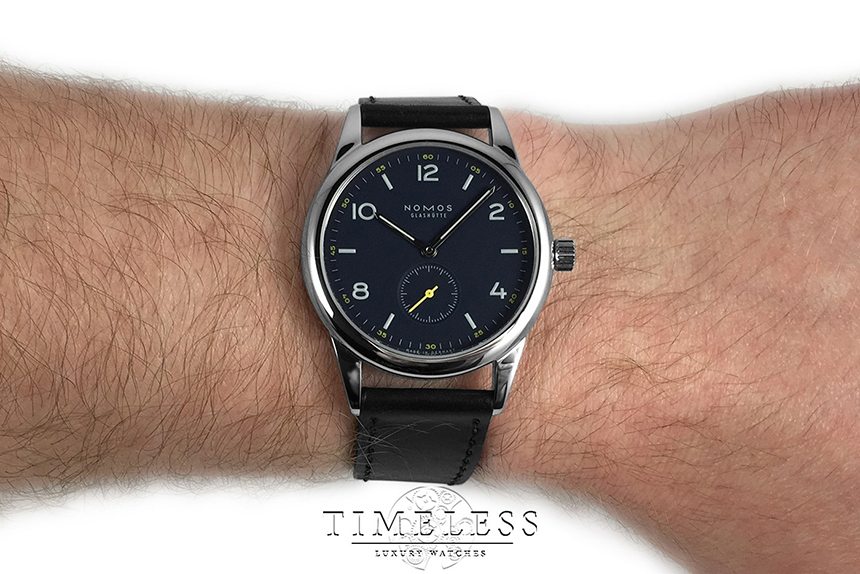 Dates are the subject of some divisiveness among collectors. Some fans absolutely demand them and others loathe them. Having produce a “datum” version already, we opted to make a no-date model. While we loved what we did with the date in the original, namely making sure to color-match it to the dial, we didn’t like having to sacrifice the small 30-minute numeral to use it. We’d have preferred to have them both, but there are limitations on where you can place a date based on the size of the movement relative to the watch. 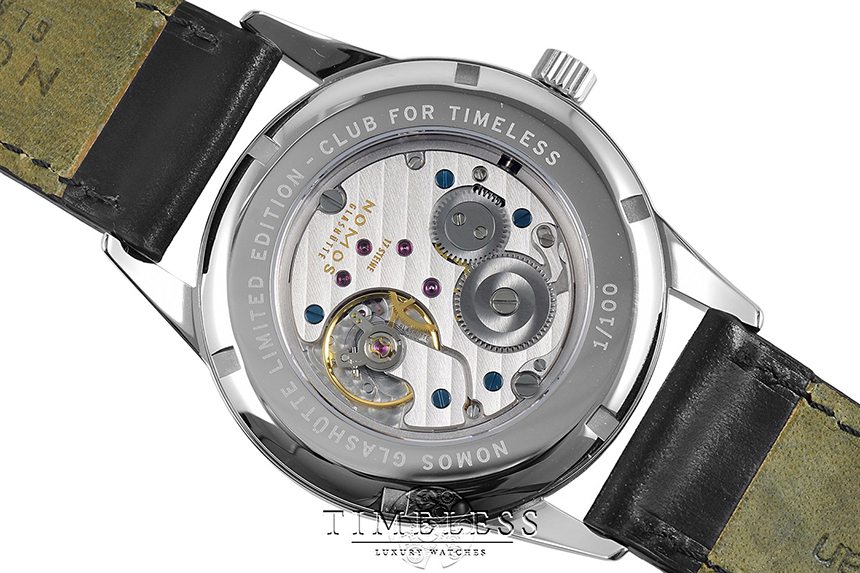 Of course, we must address the elephant in the room: the addition of a yellow version. Back when we released the original Timeless Club, we left a huge number of designs on the drawing board. Since then, we’ve been fortunate enough to be able to release multiple versions of most of our limited editions, like the 4-part Damasko DB series and two versions of the Midnight Orion. Consequently, we have released a second version of the Nomos Timeless Club II watch with yellow accents. The color of the dial may appear different in contrast with the yellow, but it’s the same Deep Blue lacquer used in both, and in the original.

It likewise receives a bright yellow seconds hand to match its yellow minute numerals. This complements the blue lacquer dial perfectly. In fact, now that I’ve seen it in person, I think I may like this color combination more than the original. 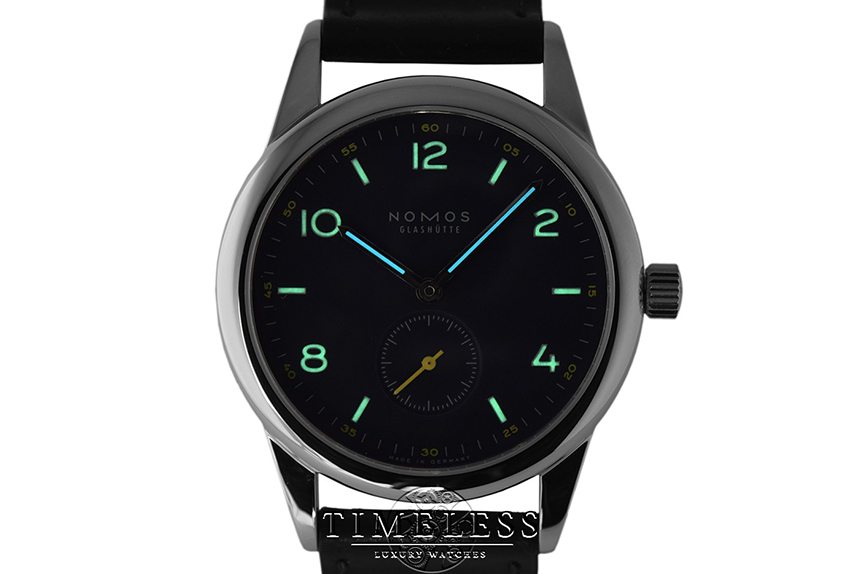 But updates in color aren’t limited to the addition of the new yellow model. In the original red Nomos Timeless Club, we used a darker, almost orangish-red for the minute markers. When we were experimenting with the new design, we decided to use a brighter red for these to better match the seconds hand, which is the same color as the original, and while the difference is subtle, we’re very pleased with the results.

The lume, conversely, hasn’t been updated. Using two different colors was unusual, but we find that not only does it make it easier to read at night, it just looks really cool. As a general rule in our limited editions, when we use any lume at all, we use as much as possible. The original Club Dunkel drew us in with its extensive lume and was the blueprint for all of our Nomos Timeless Club watches. 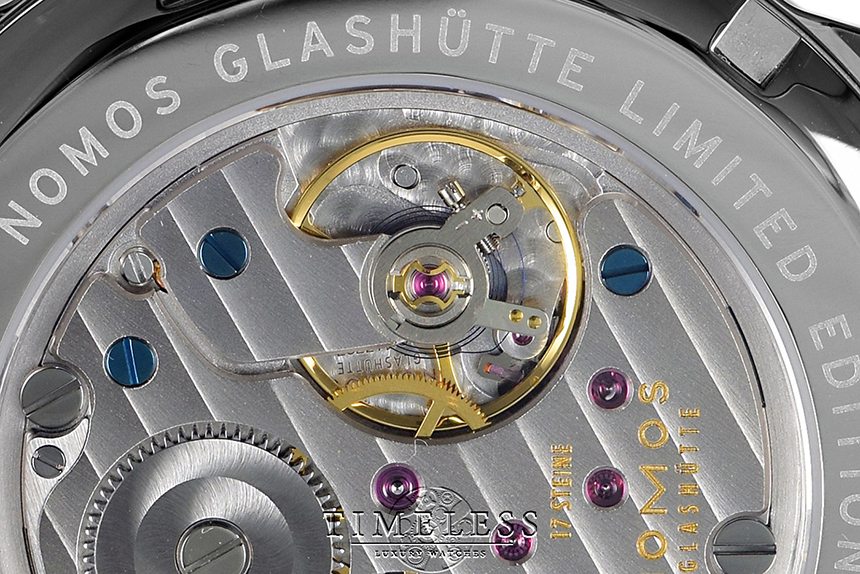 We always push for using the best movement available in our limited editions, actually debuting a new version of the DUW calibre in our first Timeless Club watch. However, because the new model has no date complication, we couldn’t use the same movement. Nonetheless, we’d had great success with the modified Alpha in the Midnight Orion, so reusing it was a very easy decision to make.

The Alpha is a time-tested Nomos calibre that has graced a wide variety of models. It’s simple, but refined, with six-position adjustment, a rare feature in watches shared primarily by Grand Seiko, Jaeger LeCoultre and Patek Philippe. Just as importantly, it’s very thin and very beautiful. Our movement, however, is not your usual Alpha. 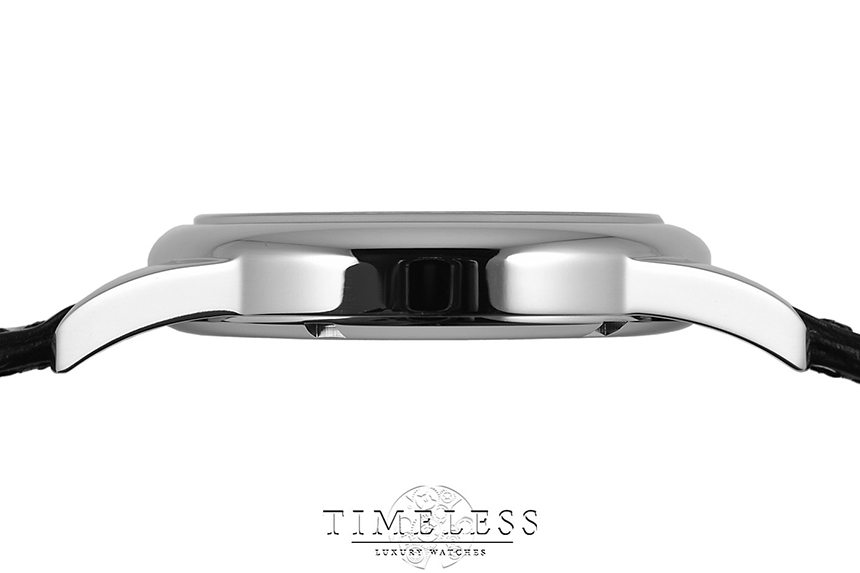 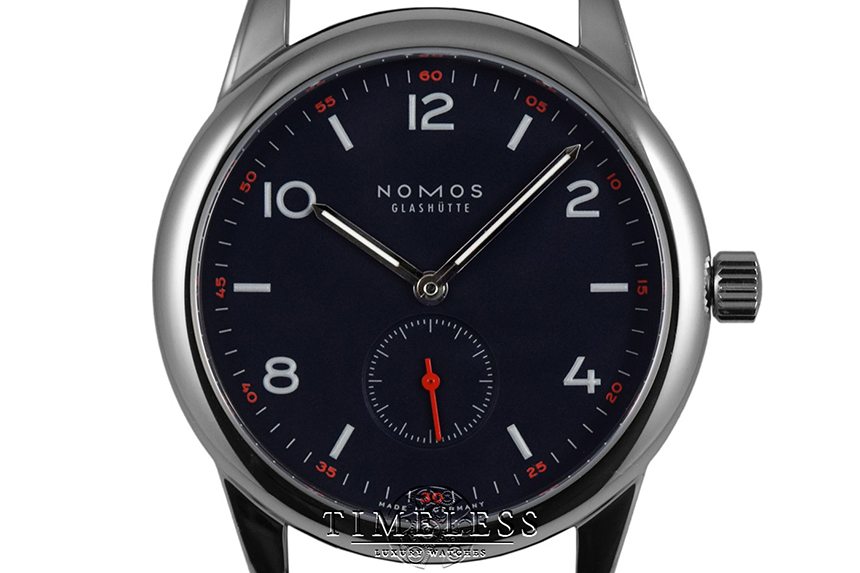 That’s because it’s equipped with Nomos’ in-house escapement and blued hairspring, which Nomos calls the Swing System. You can actually see the beautifully blued hairspring through the back of the watch and in the photo further above.

Thanks to its thin hand-wound movement, the Nomos Timeless Club II watch is under 9mm thick, a breath of fresh air in a world where 14mm and larger has become the norm.

We’re very proud of our first limited edition, and it has a special place of importance to us. Despite that, we like the Nomos Timeless Club II even more. The modifications are small, but make an impact far greater than the sum of their parts. 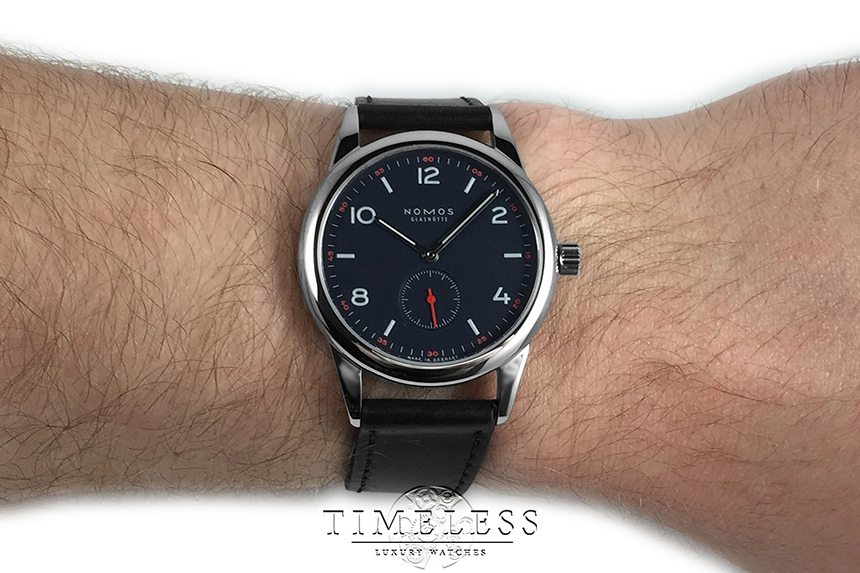 If you like the new Nomos Timeless Club II watches as much as we do, please click here to visit our pre-order page, and don’t hesitate to leave comments below as we read and consider all of them. Your input may very well have an influence on the next watch we release.