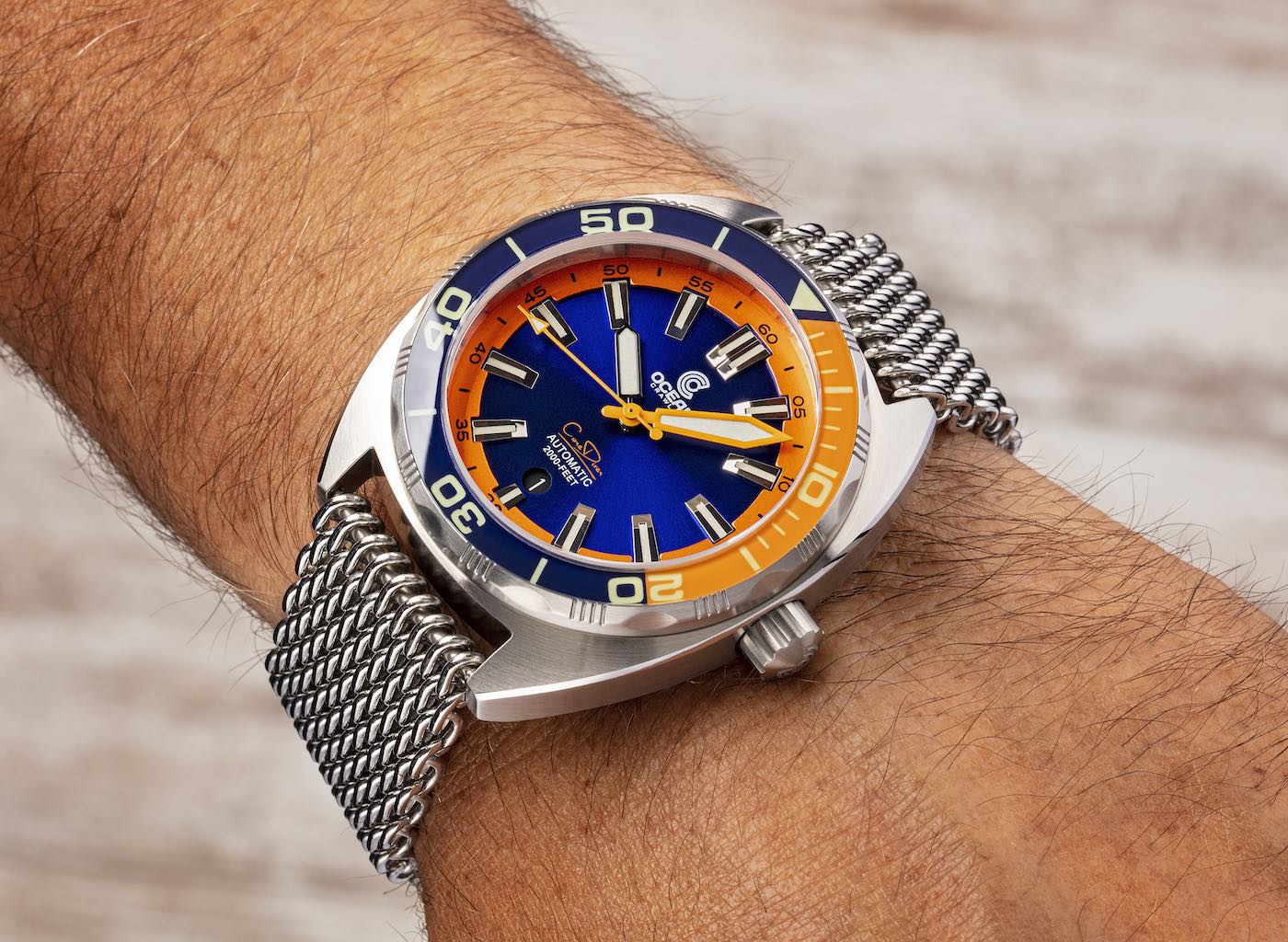 Following on from last year’s sell-out release of the Ocean Crawler Core Diver watch, the brand is back again with a second limited-edition version. This new model, which features several refinements from the original design, will be available in four colors from August 23rd, 2019. 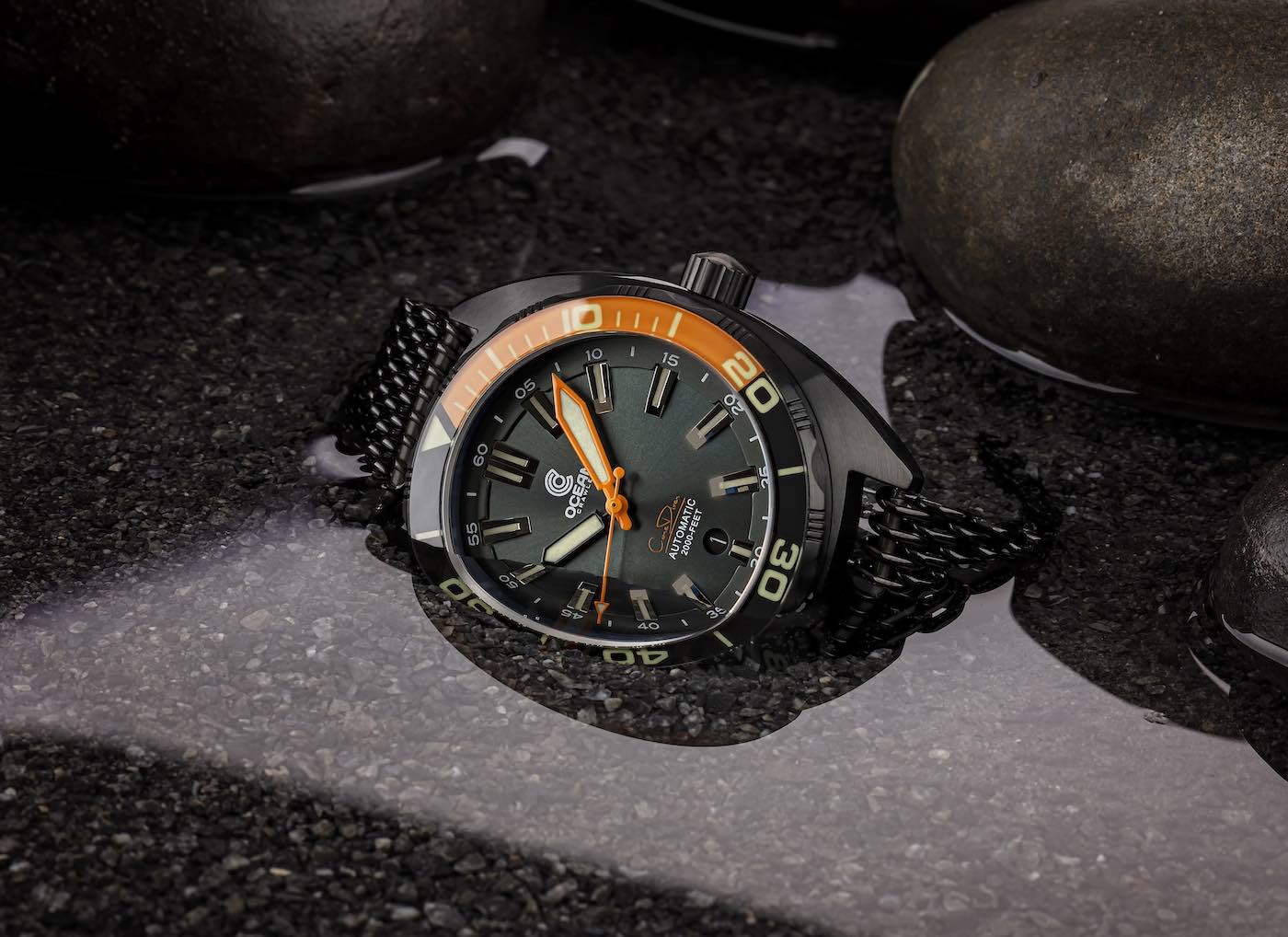 In 2018, Ocean Crawler debuted the Core Diver watch in a run of 500 units. This year’s reissue will see the same number of watches hit the shelves, with each striking colorway strictly limited to 125 units each. 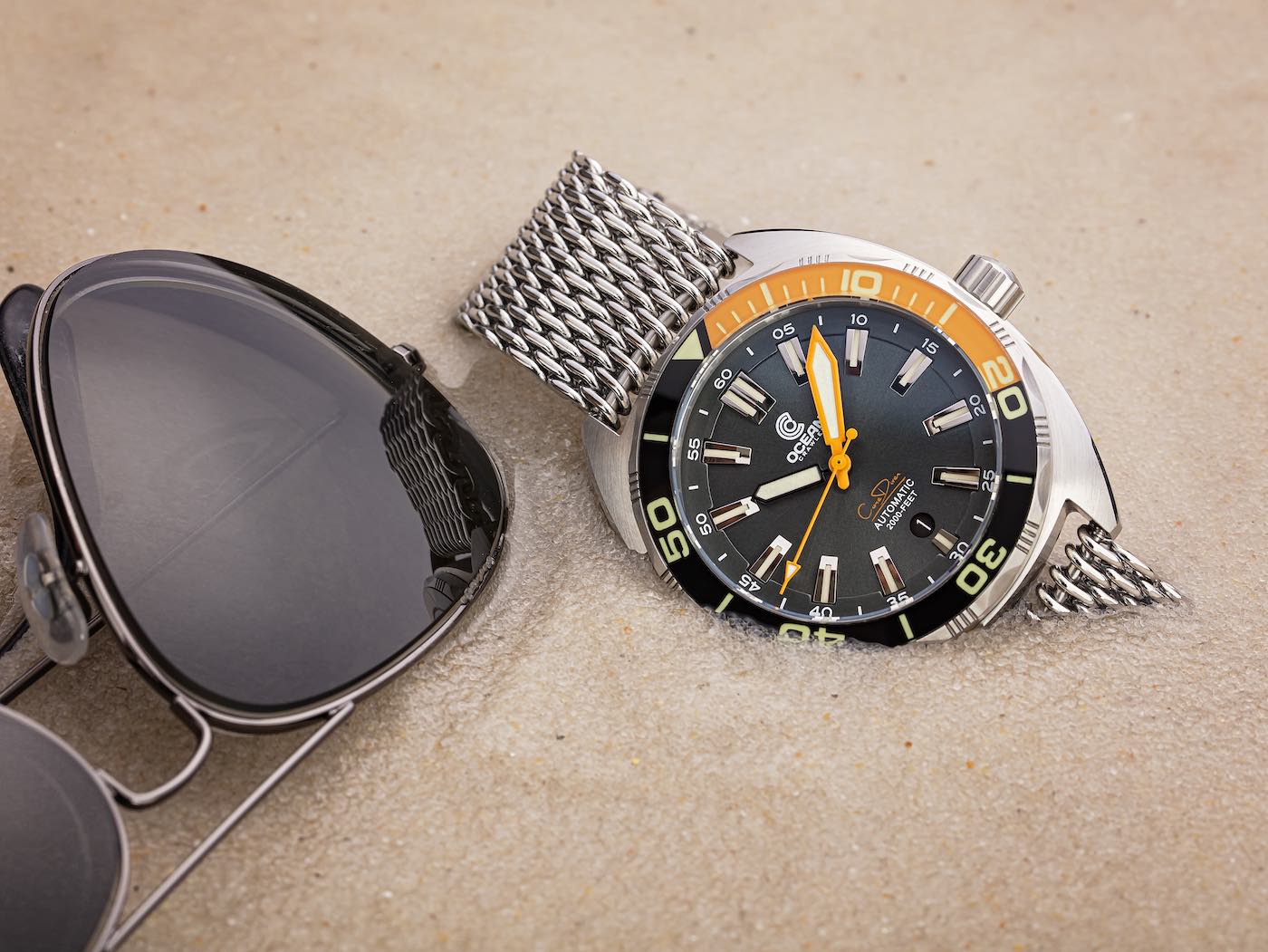 The Core Diver watch has been designed to be the ultimate diving companion. Every single watch has been wet tested to ensure it can withstand depths of up to 2000 feet. When designing the Ocean Crawler Core Diver, the brand considered the needs of water sports enthusiasts, especially those who partake in scuba diving, spearfishing, and ocean-bed exploration, to ensure the watch was not just attractive, but also a functional tool that could withstand the rigors of underwater activity. 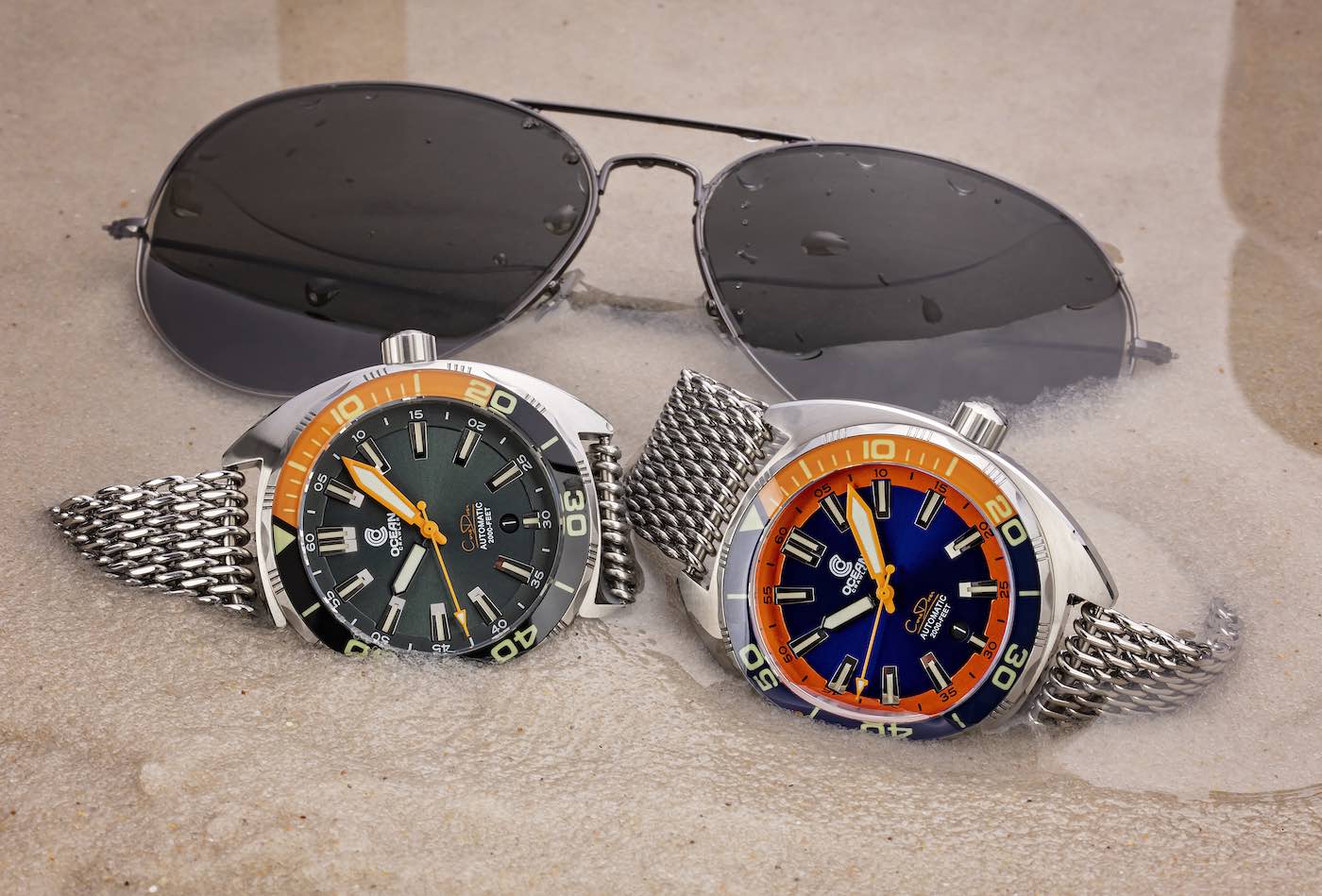 Material choices are particularly important for watches that are intended to be subjected to such a challenging environment. As such, Ocean Crawler opted to use a sapphire insert in the unidirectional timing bezel to complement the main sapphire lens, which has been treated with an anti-reflective coating. 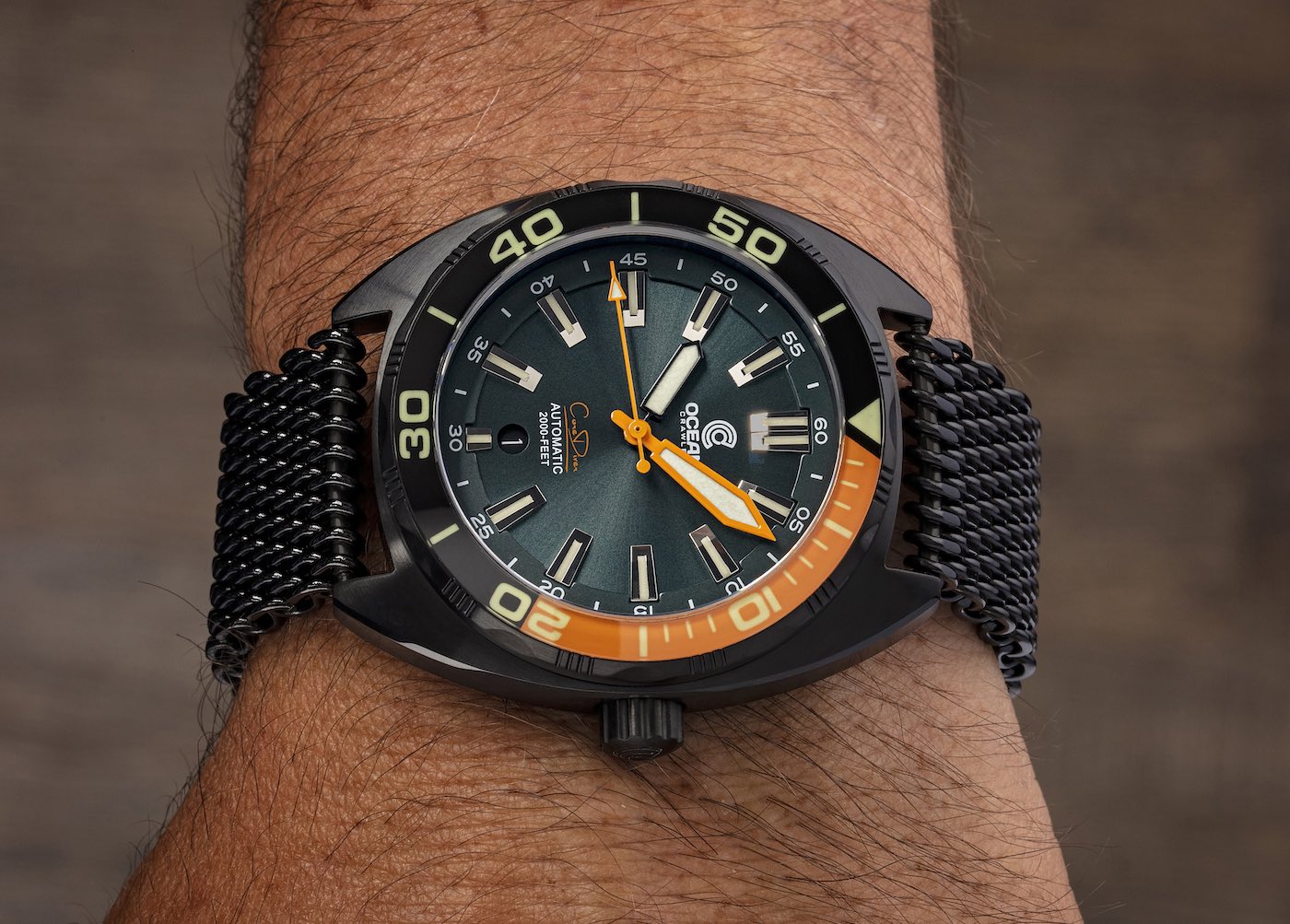 Through the 4mm thick sapphire lens, a high contrast display greets the eye. There is a choice of either a blue or gray sun-ray dial. Both boast applied hour markers that have been filled with seven layers of Swiss C3 Lume, which is also applied to the 120-click bezel and the hands. The importance of low-light legibility cannot be overstated, as it is critically important for a diver to be able to read the time that has passed since submersion, no matter the conditions. 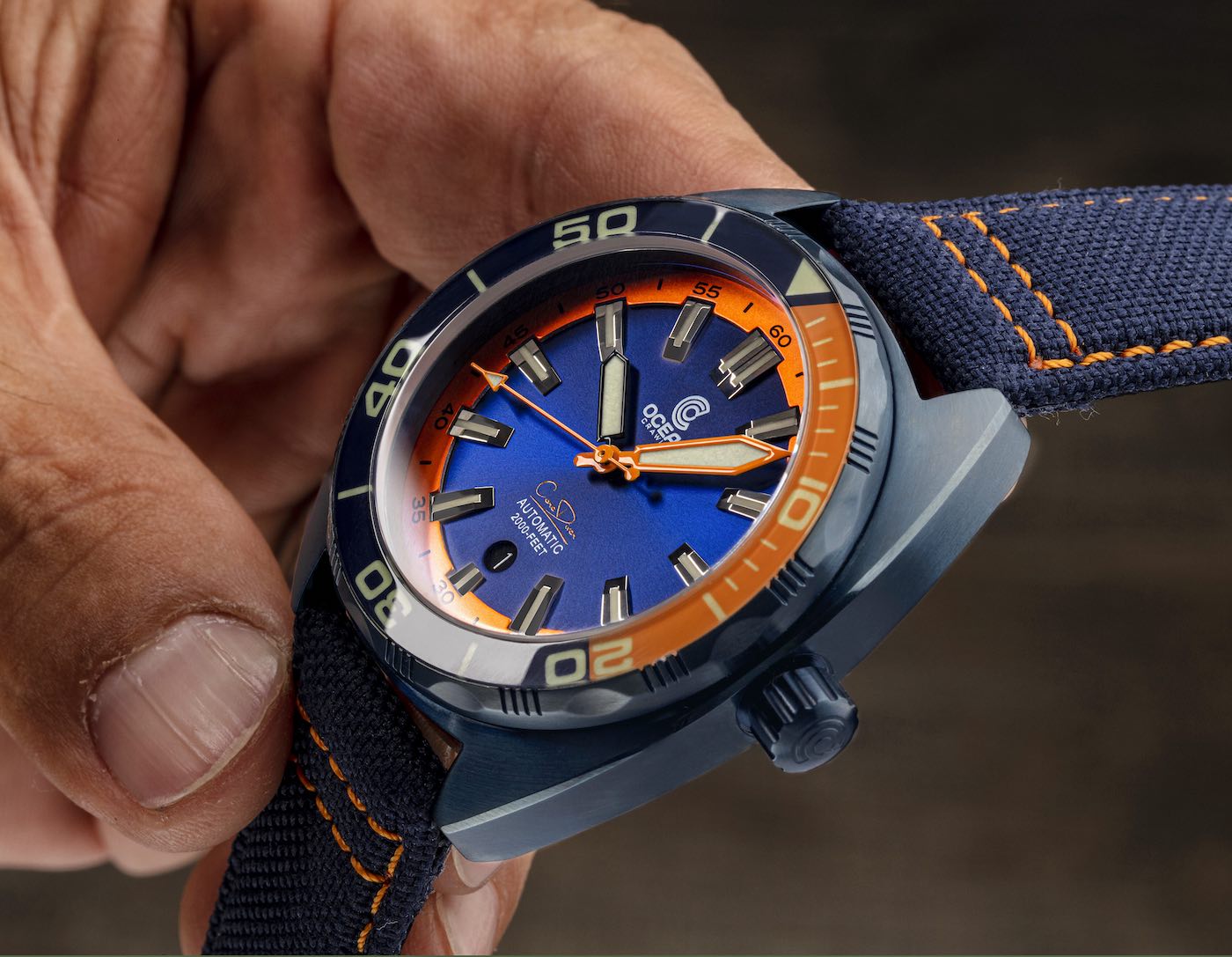 For peace of mind, the Ocean Crawler Core Diver is powered by the reliable, self-winding Sellita Sw-200 movement. With an operating frequency of 28,800vph, which equates to 8 ticks per second, the SW-200 is regarded as an industry stalwart and is a popular choice for many sports and adventure watches due to its excellent resistance to shock and time-keeping accuracy when under duress. 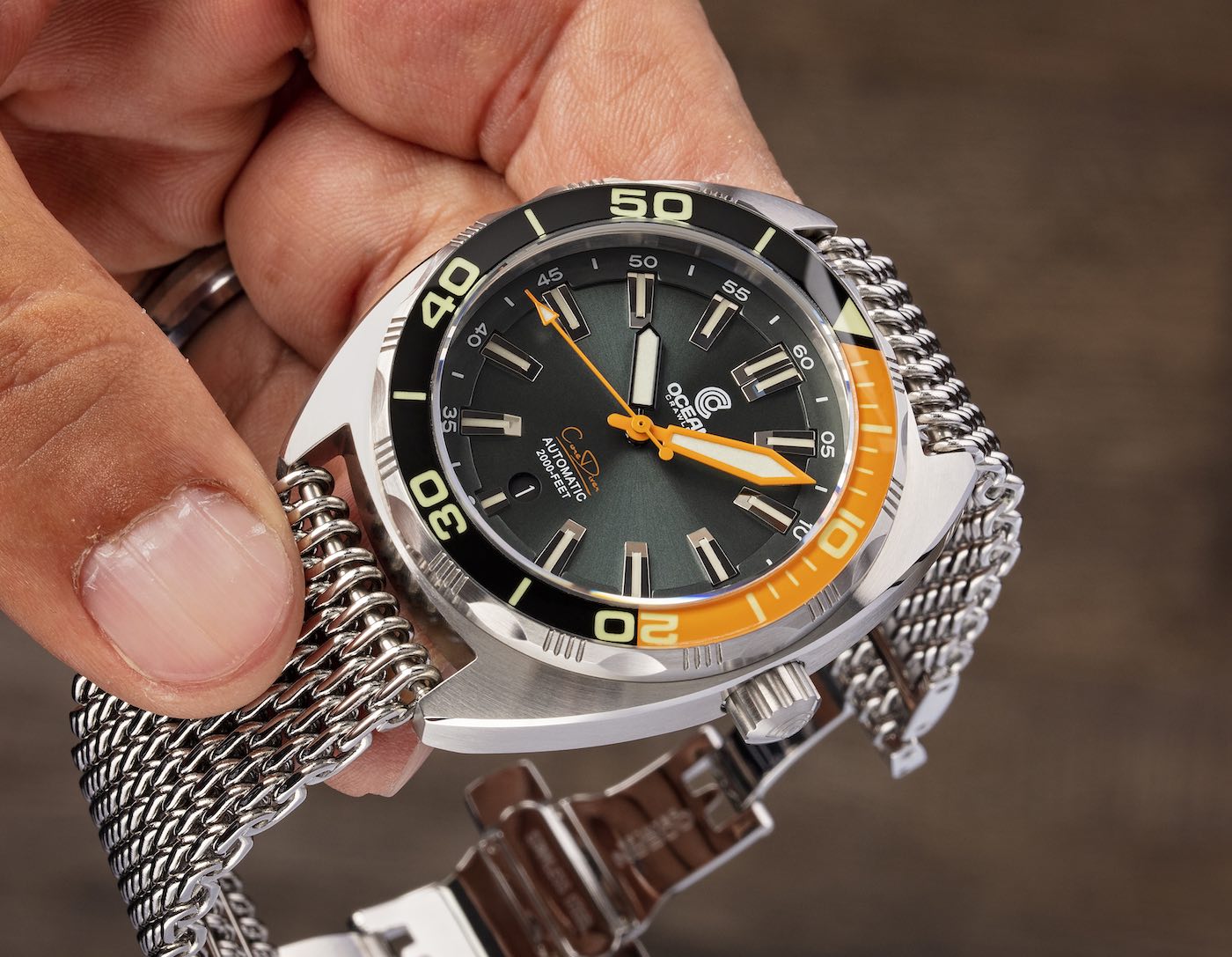 Each of the 500 units produced by Ocean Crawler this time around will be individually numbered between 1 and 500. All watches will be made from 316L stainless steel, with the option of either black or blue DLC coatings (on both the case and the shark mesh bracelet). The case measures 44mm across (excluding crown), 50mm lug-to-lug, 15.6mm-thick, with a lug width of 22mm. 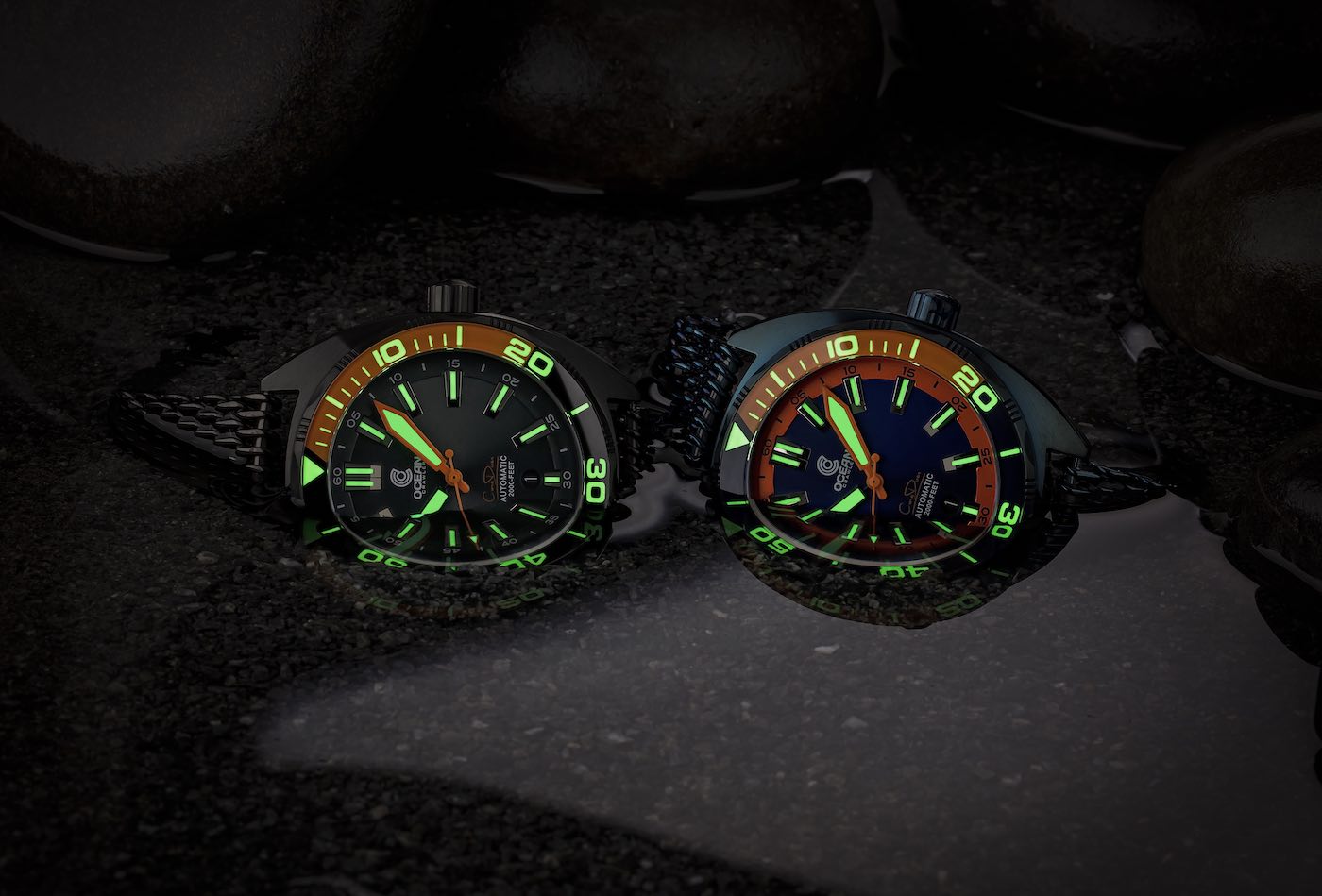 Ocean Crawler guarantees that its new Core Diver model will keep precise time for at least five years. The new wave of watches will be available for pre-order between August 23rd and September 12th. During that time, the retail price for these pieces will be $799 per unit. After the pre-order period ends, the price will rise to $999. Learn more about the brand at oceancrawler.com.