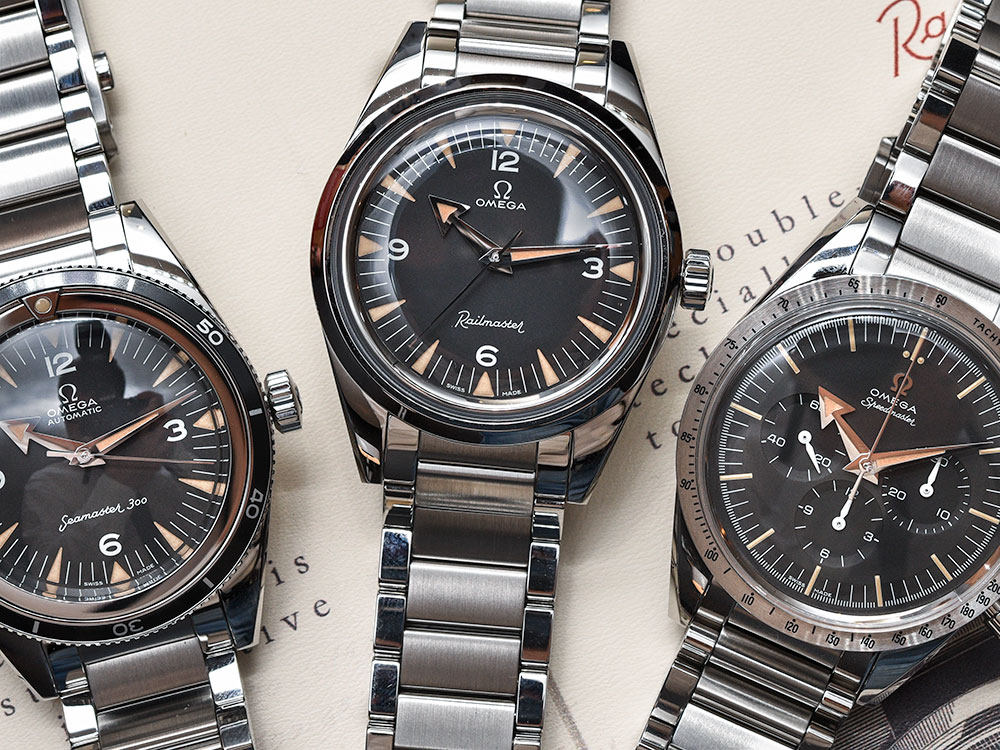 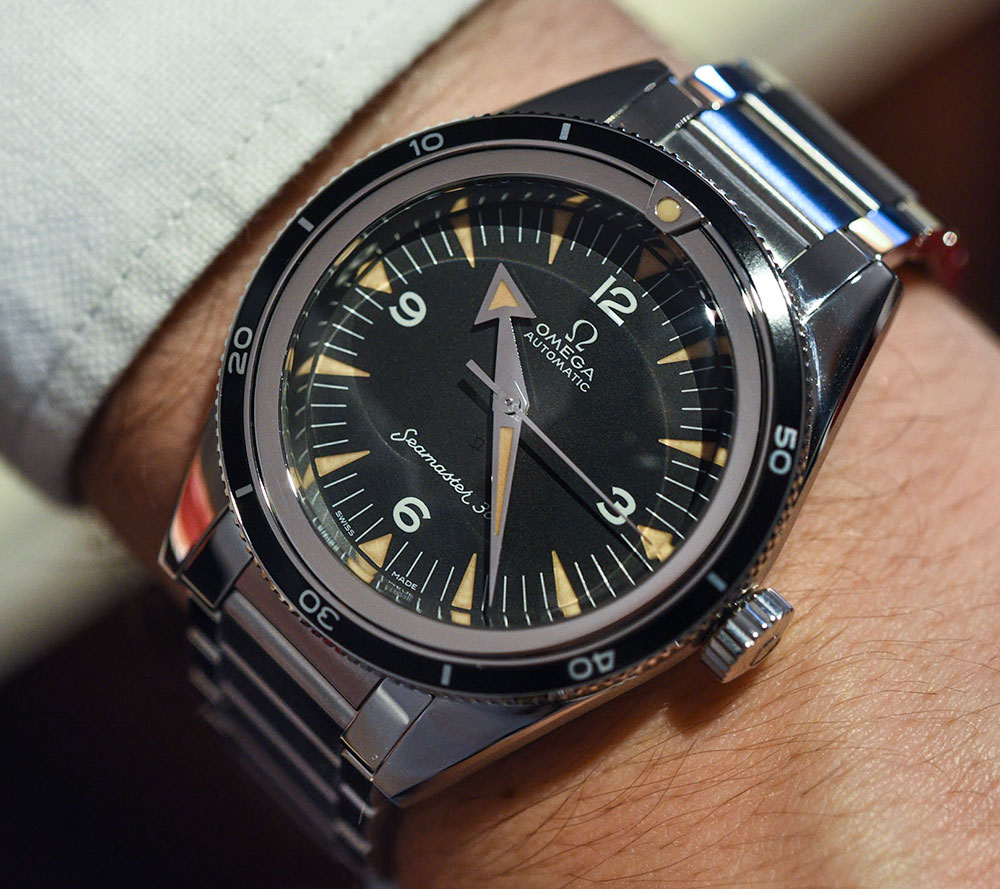 Joining the Railmaster is the Omega Seamaster 300, based off the original CK2913, and as many might argue, what 2014’s Seamaster should have been. But since it wouldn’t have been a significant anniversary then, Omega pulled out all the stops for the sixty-years milestone and preserved the same signatures of the original. That includes a skinny countdown aluminum bezel insert, as opposed to the full-sized, Liquid Metal count-up bezel found on 2014’s version. It’s worth noting that the countdown bezel was actually the original configuration, which pre-dated the more modern count-up standard. Surviving examples of the former are reputed to be quite difficult to find, while the latter enjoyed a wider production period. 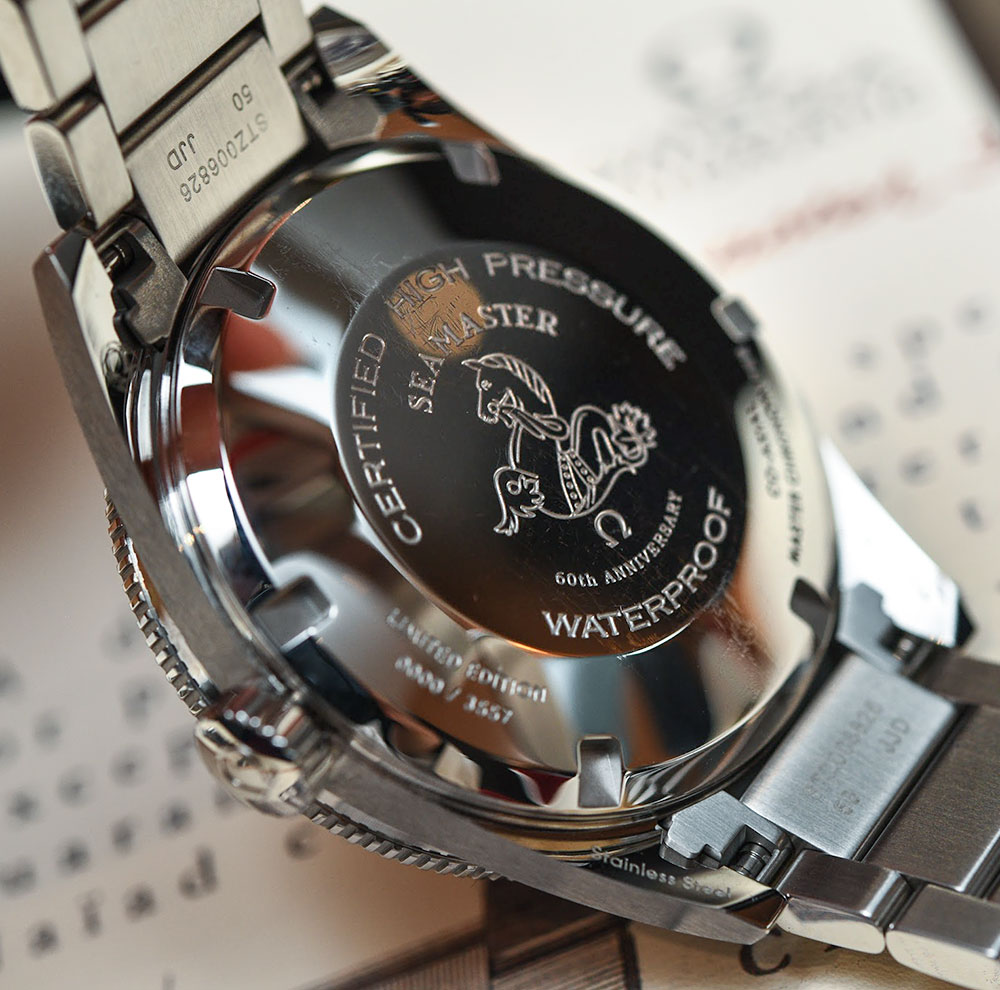 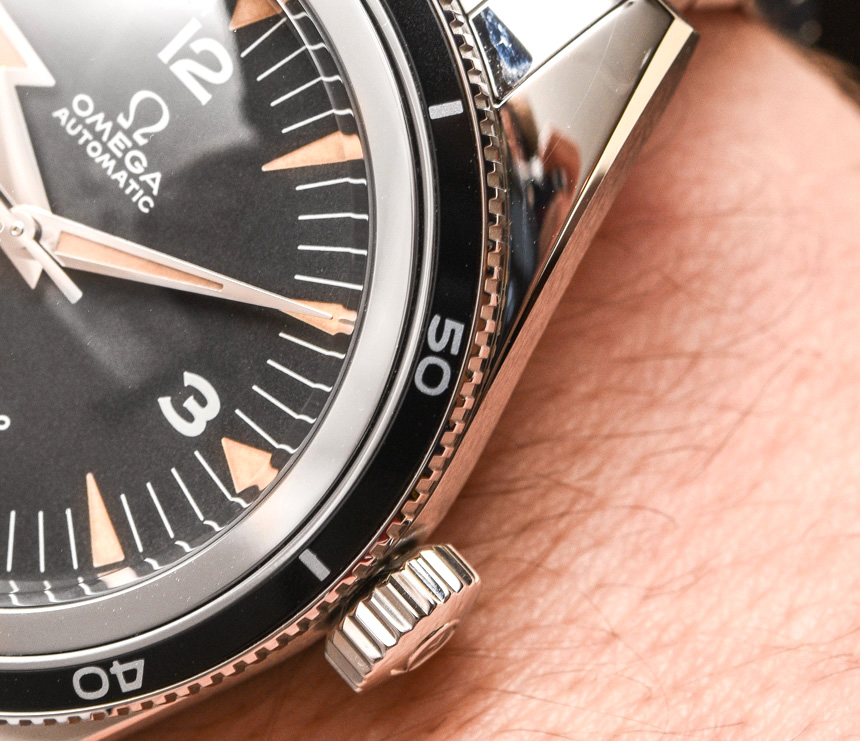 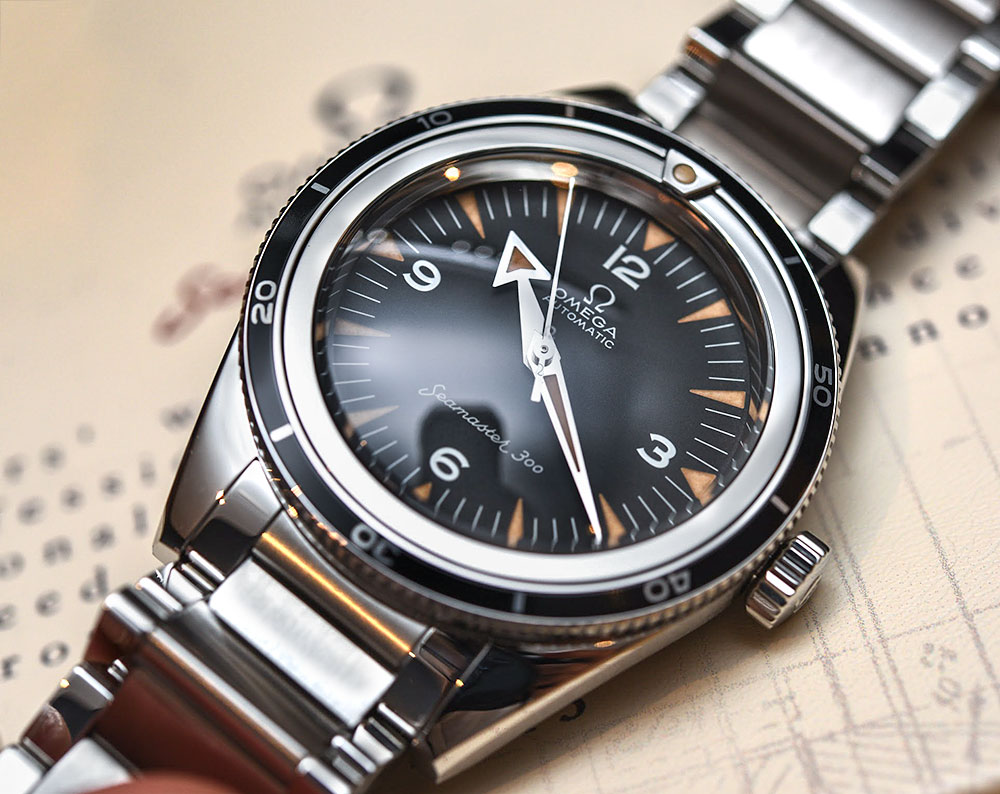 Just like the original, the Omega Seamaster carries the same 39mm case size and is water resistant to its namesake – 300 meters, reportedly the testing limits for water resistance in 1957. It carries the Naïad sign on the crown, a signature dating back to the ’30s delineating watches of superior water-resistance. Fun fact: according to Greek mythology, the Naïad were a type of female spirit, who presided over various bodies of fresh water – a neat tie-in to Omega’s famed hippocampus which adorns each caseback on the Omega 1957 Trilogy series. 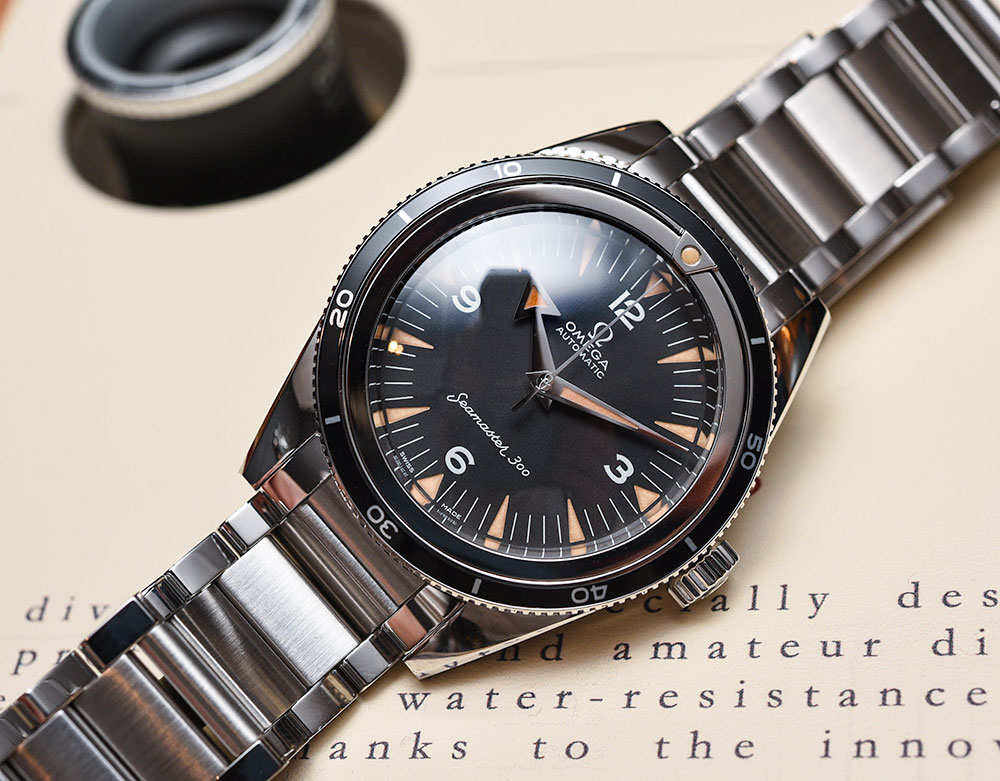 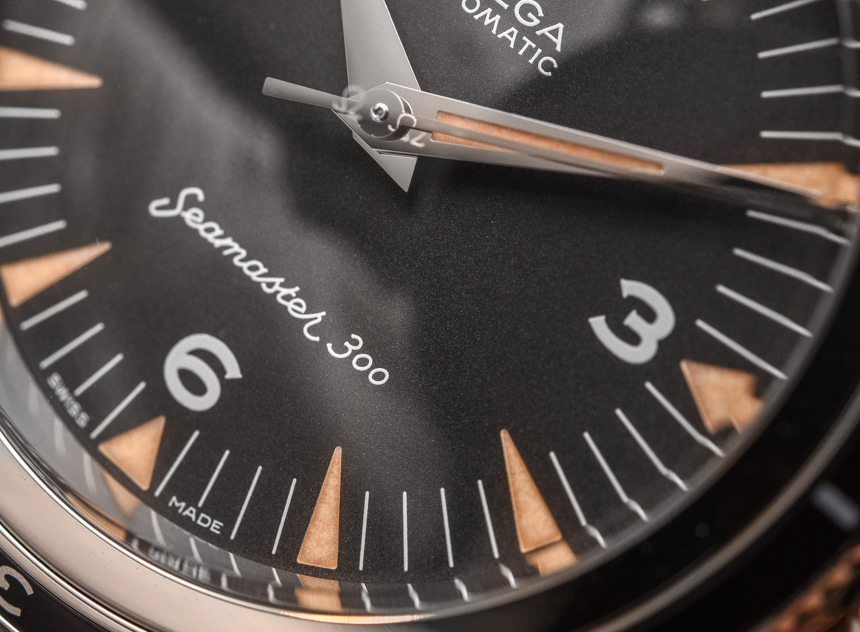 Unlike the original, though, it does have a sapphire crystal and a bracelet with Omega’s excellent ratcheting clasp, which adjusts easily to fit over a wetsuit. Humming away inside the Omega Seamaster 300 1957 Trilogy edition is Omega’s Master Chronometer 8806 caliber – the same as the Omega Railmaster, and a fitting personality extension to one of the world’s original purpose-built dive watches. 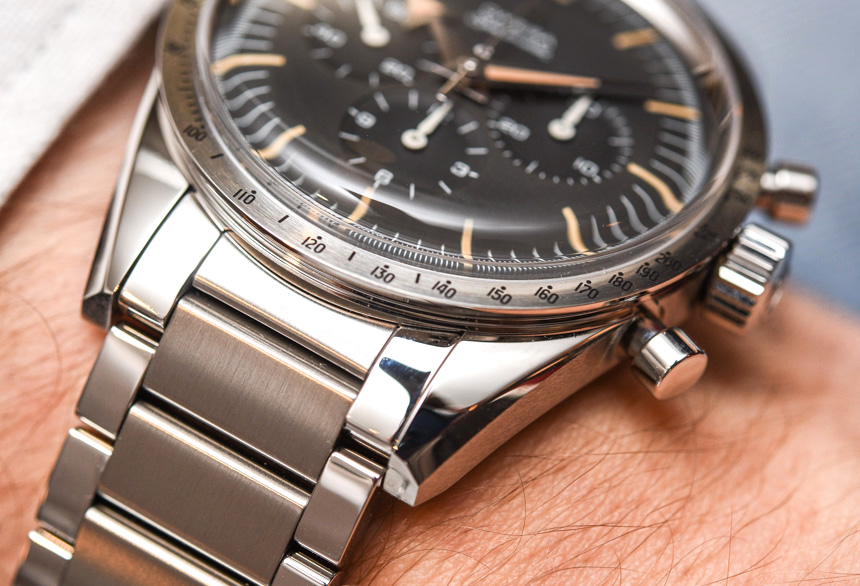 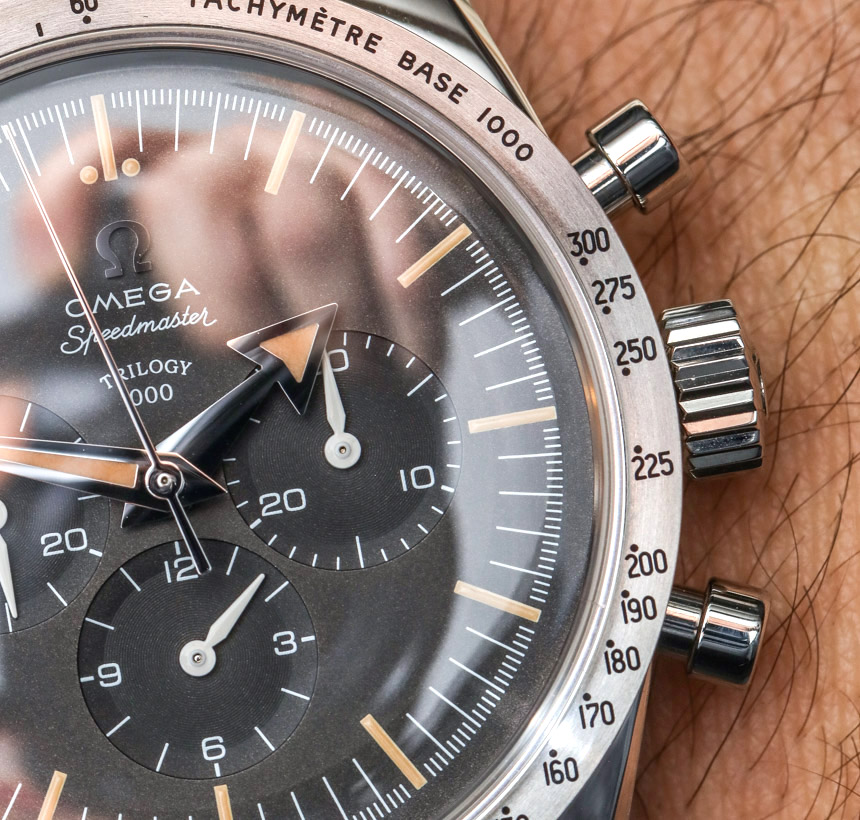 Based on the CK2915, the Omega Speedmaster is really the star of the show – replicating not only the conservative 38.6mm dimensions and generously domed hesalite crystal of the original, though with a different movement. The Omega 1957 Speedmaster is fitted with Omega’s 1861 calibre, a hand-cranked lever-actuated chronograph movement as opposed to the original’s column wheel cal. 321 as built by Lemania. The original “Broad Arrow” wasn’t only Omega’s first Speedmaster to date, it was also notable for being the first chronograph in the world with a tachymeter scale on the bezel, rather than inside the dial. Right down to the kerning on the distinctive font, the tachymeter has been faithfully replicated on the steel bezel – exactly as Swiss designer Claude Baillod once envisioned it. 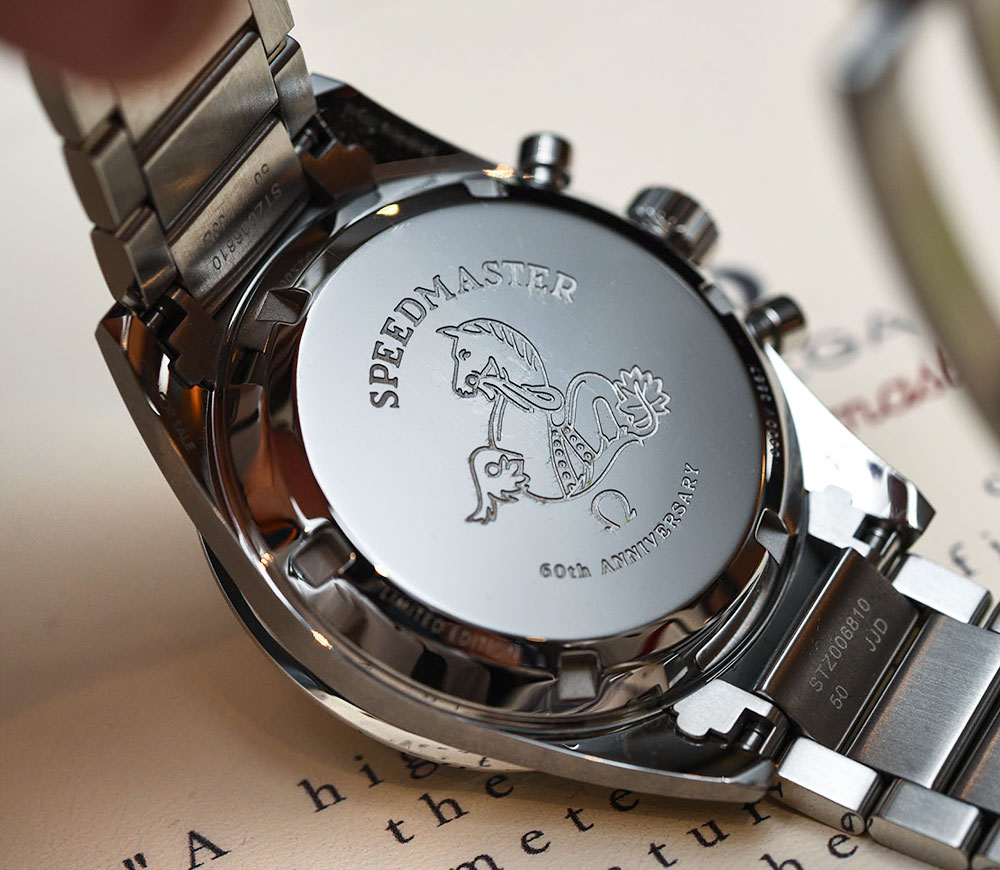 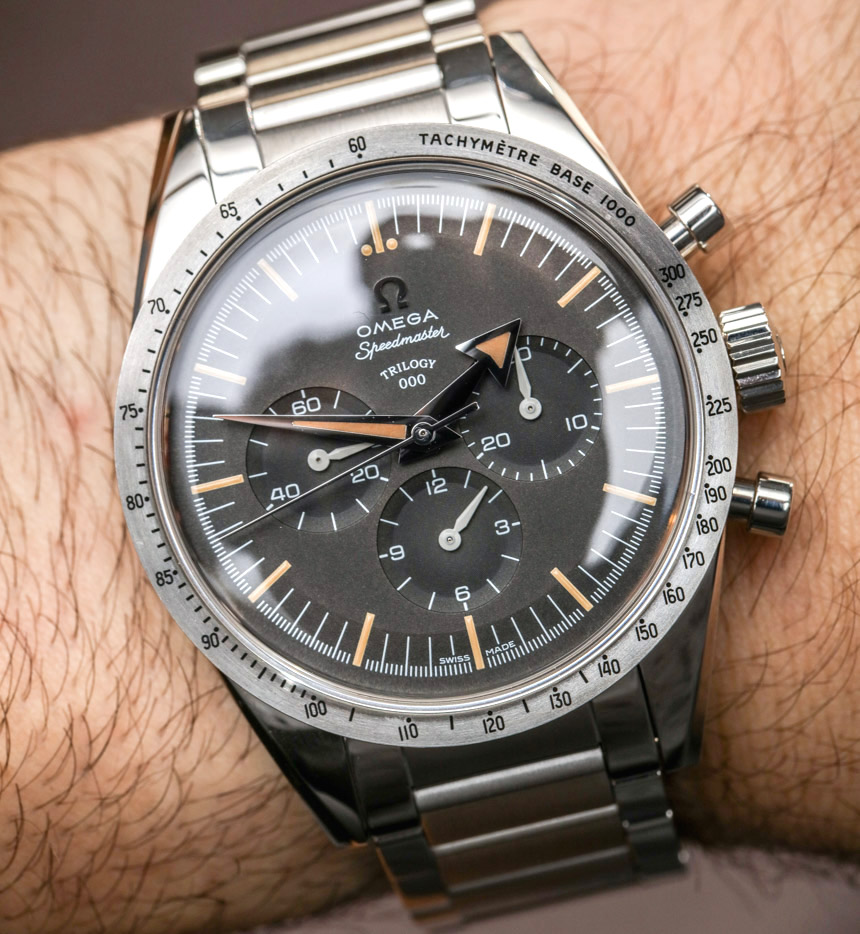 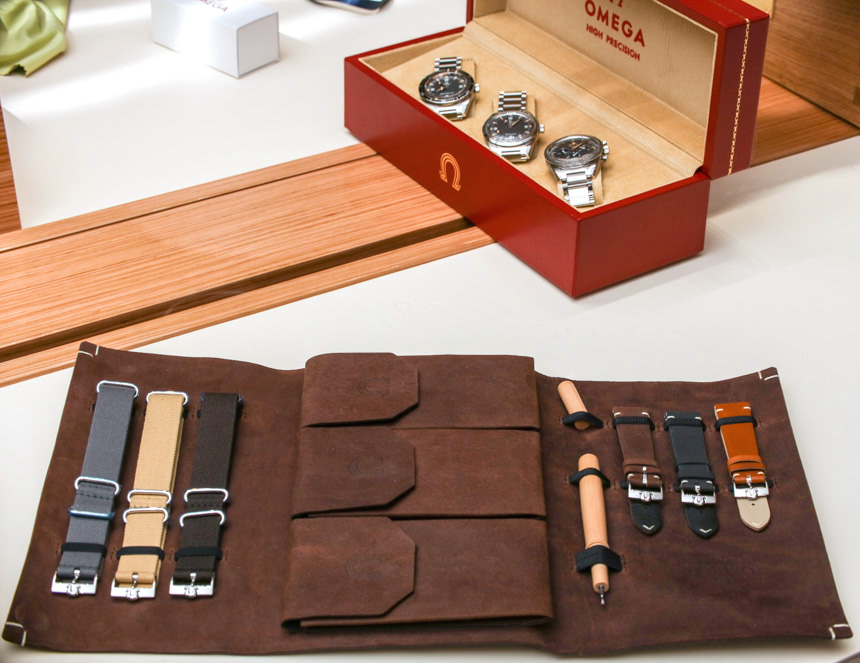 As mentioned, the packaging on the original editions is designed to fully emulate the original packaging from 60 years ago, but each watch ships in a set with two spare straps (both leather and an Omega NATO), along with a tool to change them. The special Trilogy set includes two straps for each watch (totaling six straps in all) but ships in a slightly different box – one made of Swiss oak, and specially engraved with Omega’s historic hippocampus burned into the top. The Omega 1957 Trilogy editions carry a slight design caveat, though – each carries its numbered edition on the dial just below the Omega sign – a detail that’s an obvious deviation from the dials of the originals, but one that Omega found important enough to create distinction between the limited, and even more limited variants. 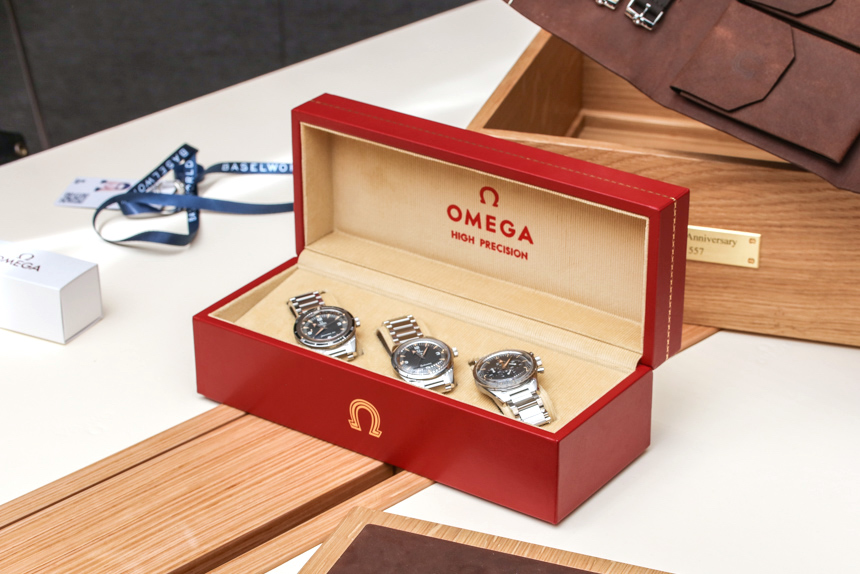 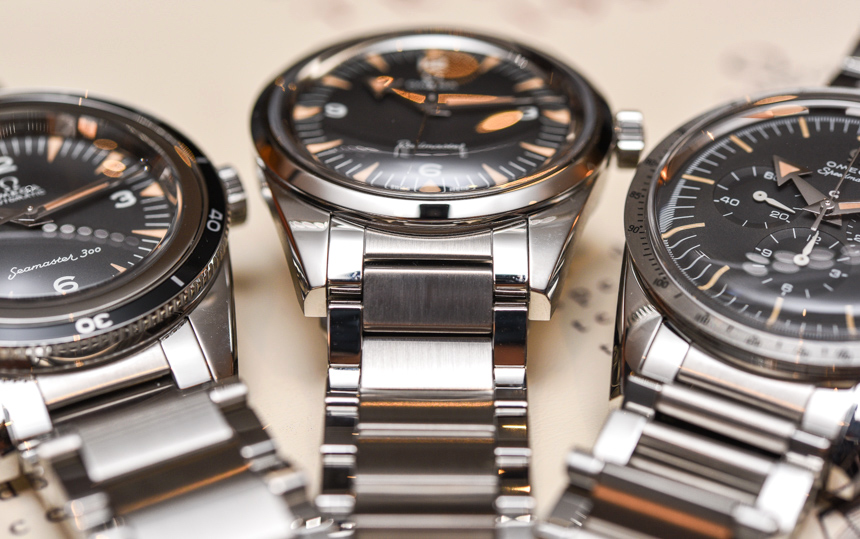 Just when it seemed like vintage re-issue mania might be abating, Omega’s gamble seems to be paying off, as all 557 units of the boxed set are rumored to already be fully sold out, leaving hardcore collectors scrambling to locate dealers who haven’t yet sold through their allocation of the individual editions, which are limited to 3,557 pieces each. Pricing for the special Omega 1957 Trilogy Boxed Set is said to be around CHF 20,000, with the Omega Seamaster at CHF 6,500, the Omega Railmaster at CHF 6,300, and the Omega Speedmaster at CHF 6,700. omegawatches.com