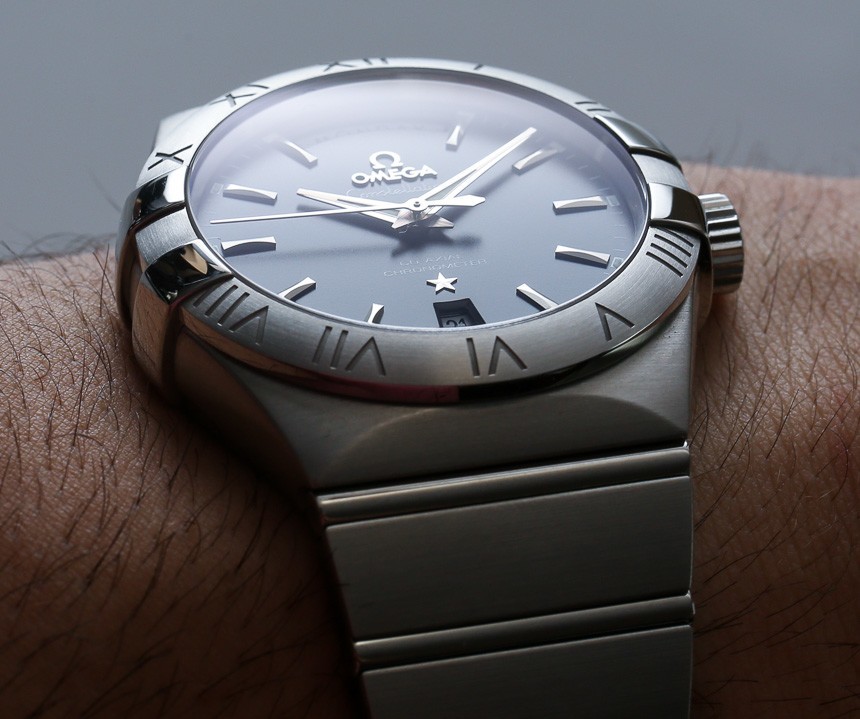 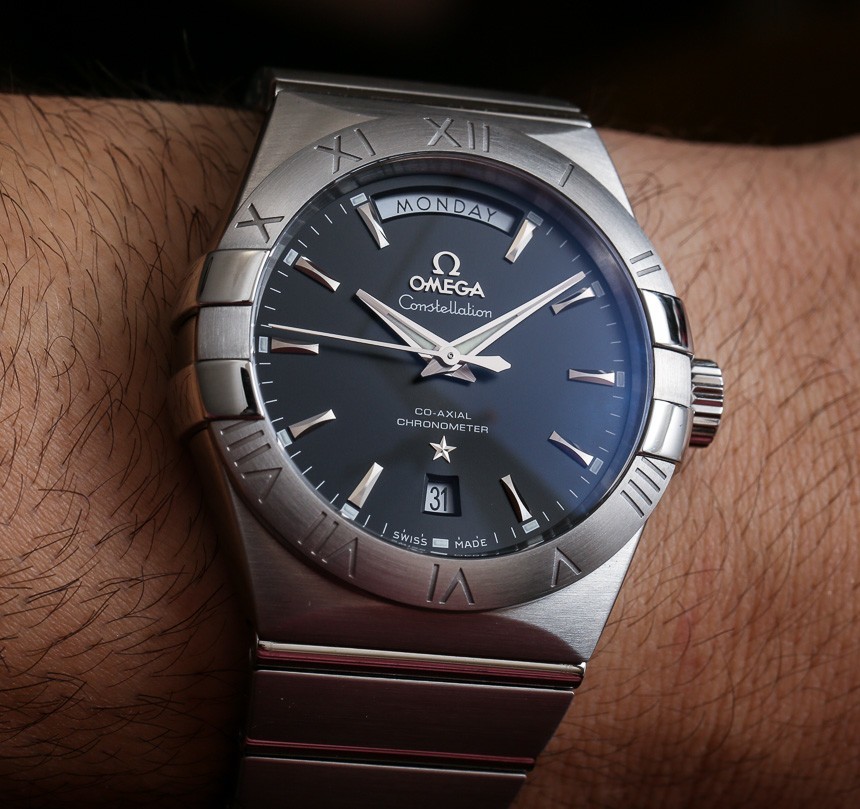 The Omega Constellation has never been one of the main Omega watches on my radar. This fact is interesting to me since I am a big fan of Omega watches overall. If you speak to Omega you learn something interesting that makes sense if you think about it. The world is split up into two major types of Omega markets. Those are Omega Speedmaster and Seamaster markets, as well as Omega Constellation and De Ville markets.

The United States is for the most part an Omega Speedmaster and Seamaster market. Having said that, if what Omega says is true, they sell far more De Ville and Constellation models in the East. Thus, while these dressier models aren’t a major part of the Omega image to the West, it is dress-style watches and not sport watches that make up the majority of Omega watch sales overall. With that in mind, I went on to review two different Omega Constellation men’s watches. 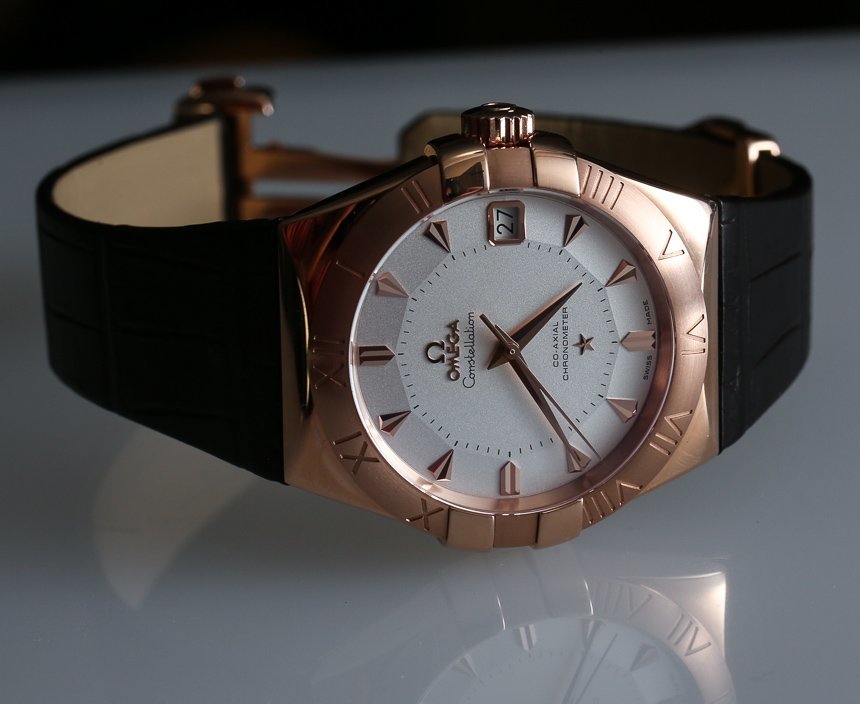 To a degree, this watch review comes at the brink of when Omega has promised to release a re-designed Constellation watch collection next year, in 2015. That said, the current Constellation collection is from more or less 2007, and like the De Ville helped launch Omega’s new in-house made movements. As such, these two models each contain 8500/8600 series in-house made automatic movements. 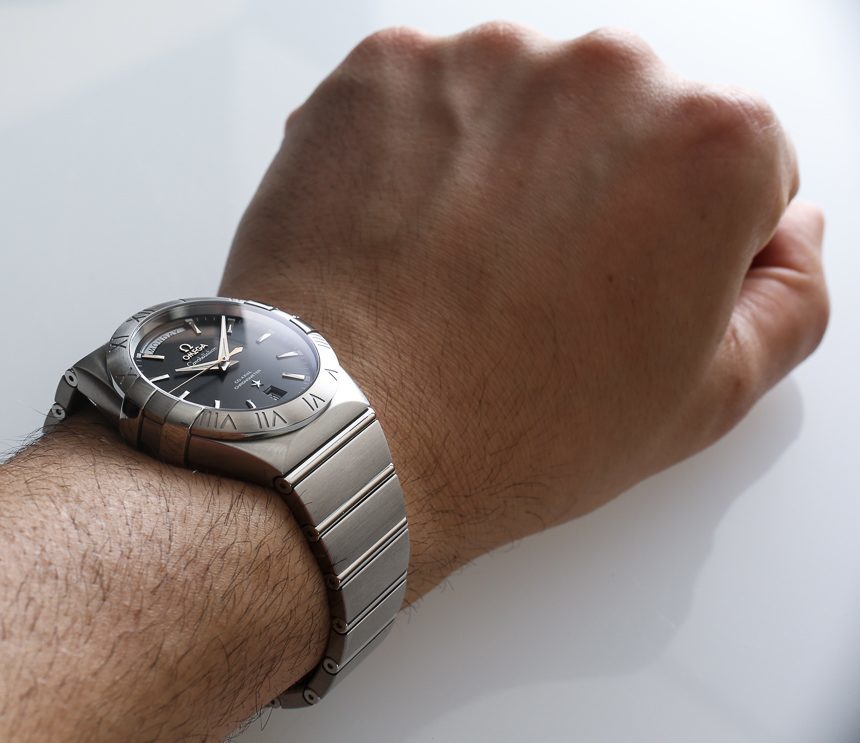 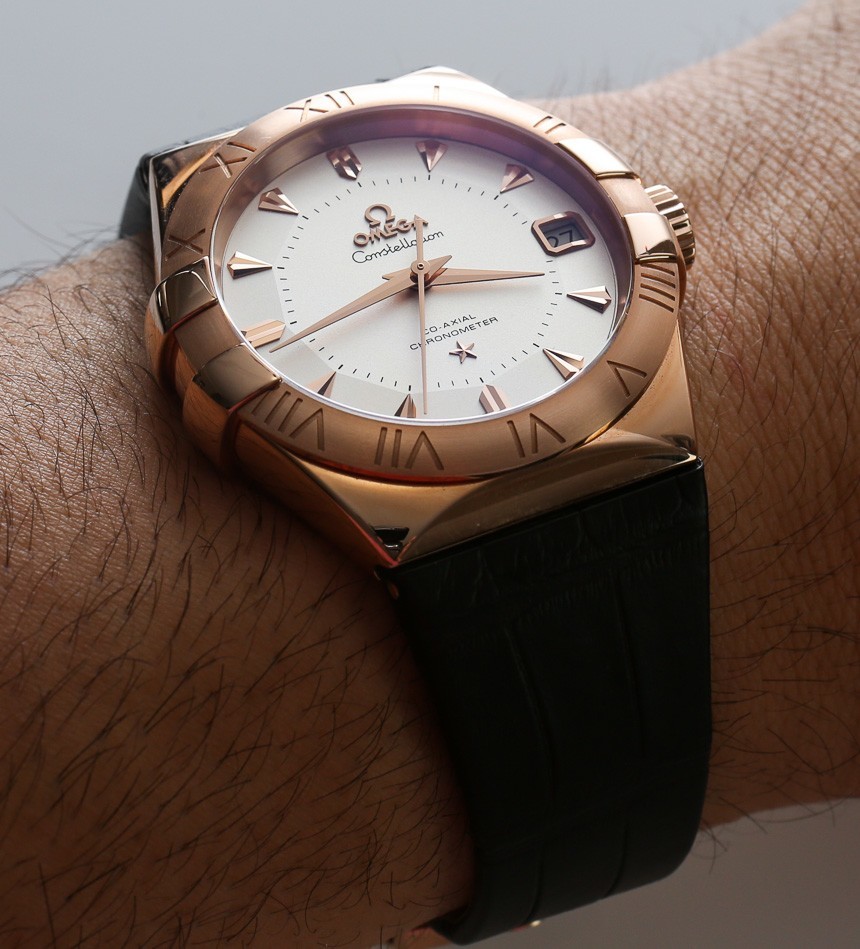 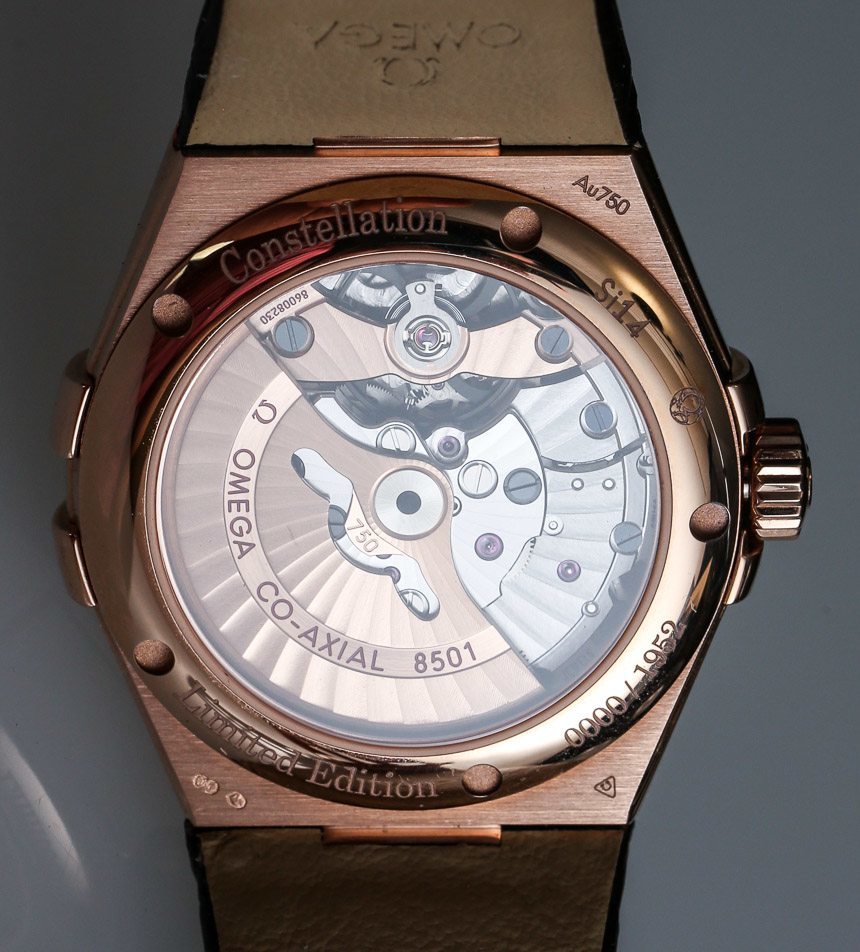 What is Sedna gold? If you aren’t familiar with this term, it is Omega’s answer to Rolex Everose gold. That is, an alloy of 18k rose gold that will not fade in color over time. Everose was developed as an exclusive alloy meant to prevent copper from wearing away and the gold to lose its “rose” color. Sedna works the same way and is designed to ensure more permanence for those who invest in an 18k gold watch. If I recall my facts correctly, this particular Constellation watch was the debut timepiece for Omega to introduce its 18k Sedna gold metal.

The Sedna gold Constellation is lovely, and the warm tones of rose gold are flattering to the overall design. That being said, I think that the Constellation has always looked best with some steel, so it is the two-tone constellation models I like better when it comes to showing off some gold. The dial is neat, and helps this modern Constellation model connect with Omega’s past. Detailing around elements such as the date window frame and the angularity of the face are well-done. 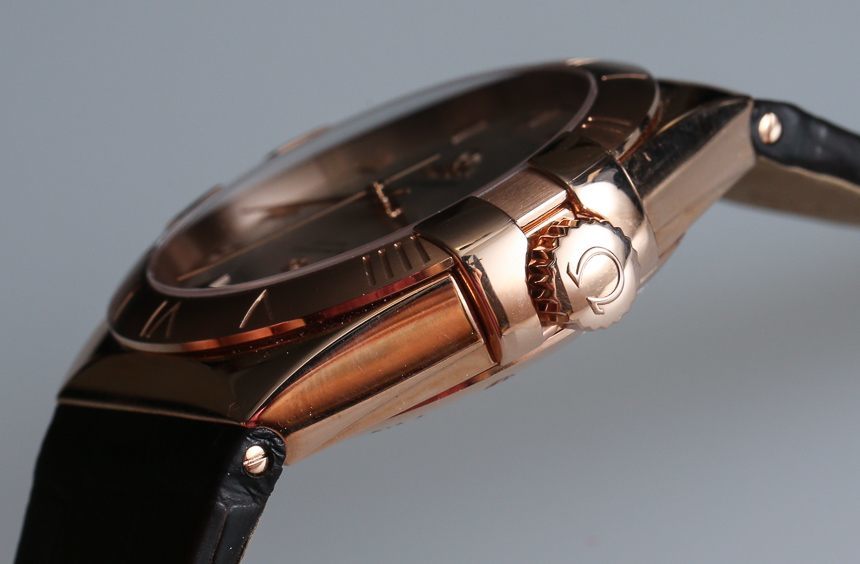 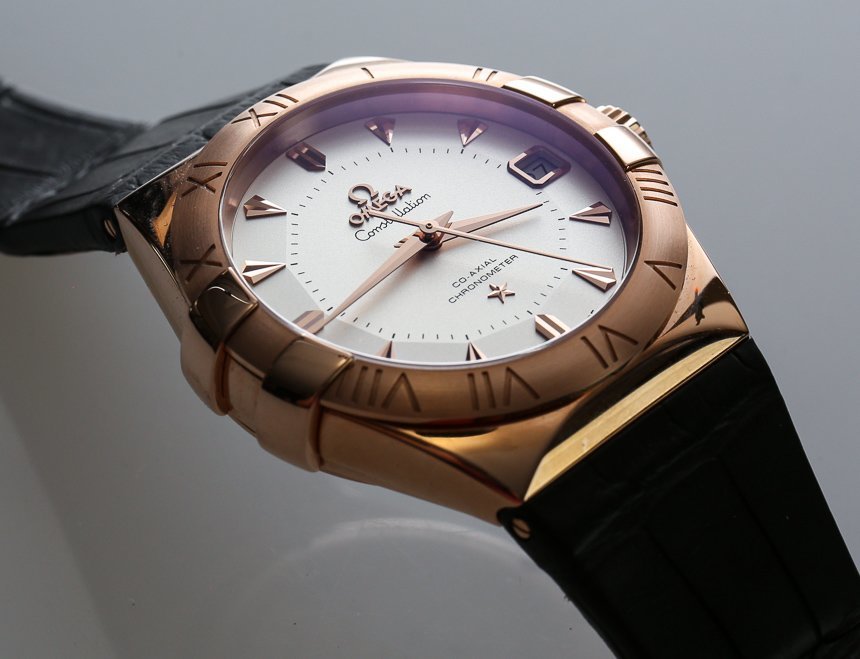 The Omega Constellation Co-Axial 38mm Sedna gold watch is a unique and interesting timepiece that connects a range of Omega historical points. It combines new and old in a uniquely fashionable way. Attached to the case is matching, tapered brown alligator strap. Ask yourself, do you get the full Constellation experience with the watch on a strap versus a full bracelet?

Omega produced this Sedna gold ref. 123.53.38.21.02.001 Constellation watch as a limited edition of 1,952 pieces in celebration of the year that Omega debuted the Constellation family in 1952. Inside the watch is an in-house made Caliber 8501 automatic Co-Axial movement. This is similar to the 8500 movement, but the 8501 adds an 18k gold bridge over the balance wheel and an 18k rose gold automatic rotor. 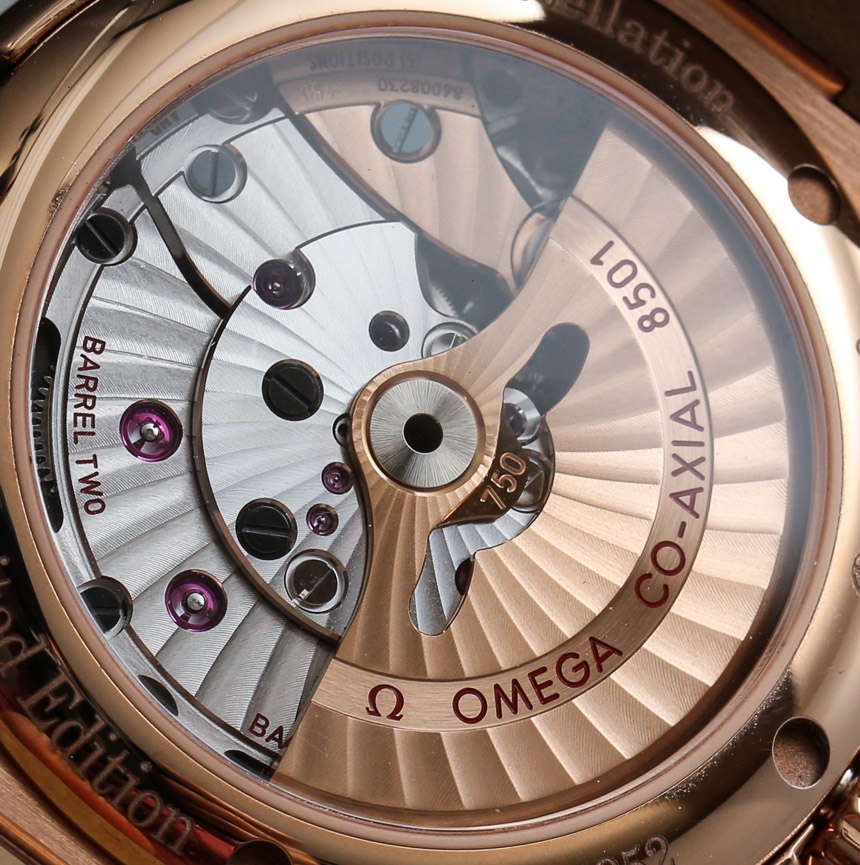